Minase Horizon 2.0 Makes A Strong Comeback After A Heart Transplant

And blows my socks off all over again!
Sky Sit
comments 19
Share

If I had to describe Minase in one word, it would be “singular”. My first encounter with its watches was up close and personal. It was BC (Before COVID) time at an event for independents. I vividly remember getting my mind boggled by the origin of a brand from Japan, totally unknown to me, and by how and where the watches were made. Then suddenly, a rectangular timepiece named Horizon was placed on my wrist. I thought to myself, “Now, that is something you don’t come across every day” (even for someone who works with watches every day!). The unknown brand was actually the Japanese Prime Minister’s choice at the time. And the Horizon would be sold out and make a reappearance only this year as the Horizon 2.0.

But why would I describe Minase as “singular”? First, let’s look at the brand’s positioning. When it comes to Japanese watches, two extremes of the spectrum spring to mind. On one side, you get the big three juggernauts — Seiko, Citizen, and Casio. All three of these brands are household names. On the other, you get independent watchmakers such as Hajime Asaoka, Naoya Hida, and the Kikuchi Nakagawa duo. These makers craft bespoke watches by hand with five-figure price tags and long waiting lists. Minase sits in a unique position as an independent boutique brand that produces around 500 watches a year. To thrive in that space is no mean feat. There is a reason we do not see much there. 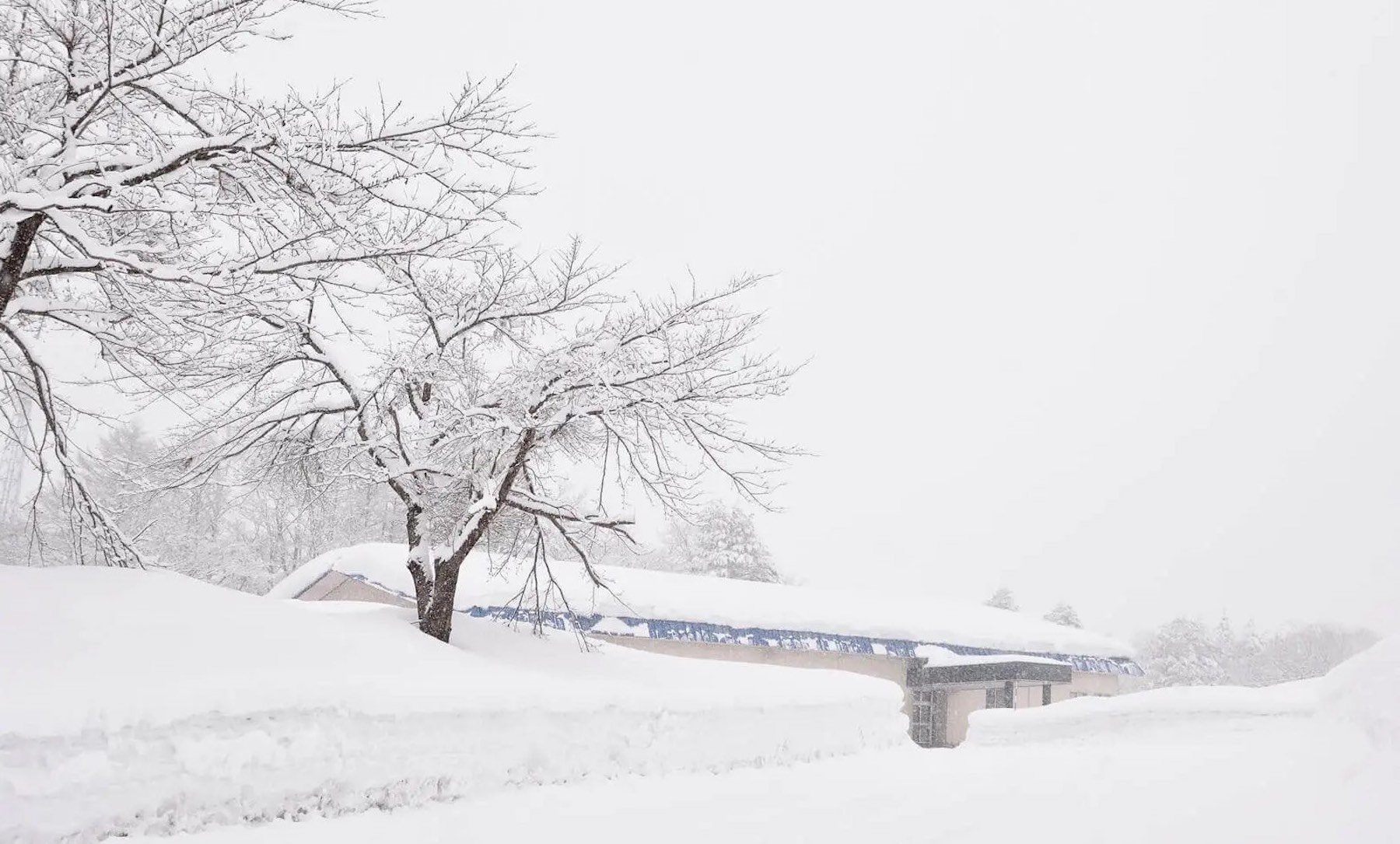 Allow me to set the scene

Minase’s origin is also a little, shall we say, unostentatious. If you are a Fratello regular, you should be well aware of how the brand emerged among us in only the last few years. If you’re unaware, let me give you a quick background to set the stage. Minase is a spin-off of a nearly 60-year-old Japanese company making precision drills and, later, luxury-watch parts for third parties. In 2005, the company decided to start creating high-end mechanical watches of its own. The workshop is based in a remote village called Minase in Akita Prefecture. About 450 kilometers north of Tokyo, the village looks a lot like a Japanese Vallée de Joux. 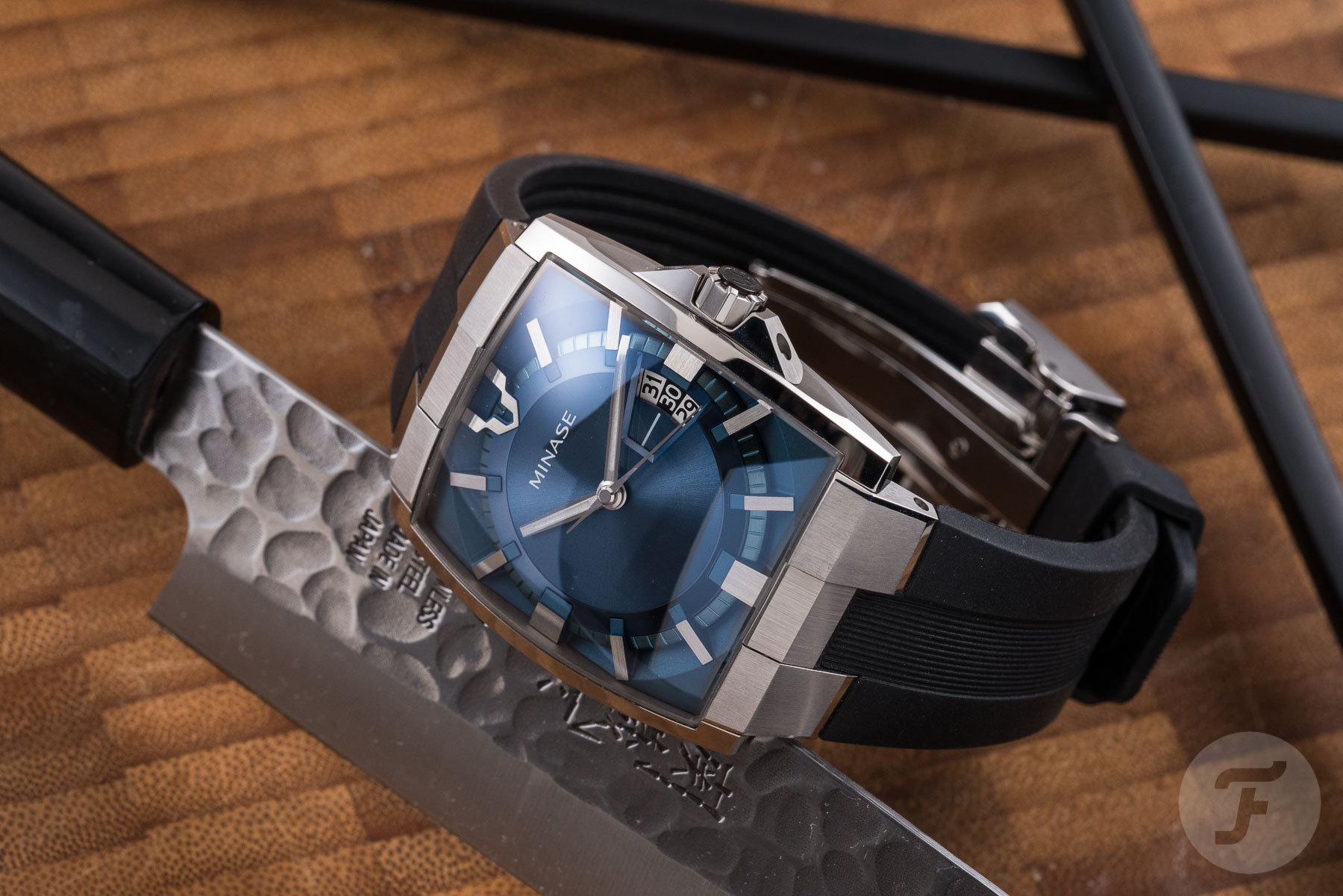 Starting from this solid first base, you can expect that all Minase watches are hand-made by skilled craftsmen and watchmakers. They are works of industrial art that combine complex construction and finishing with traditional Japanese craft. Their cases are like nothing I have seen on the market. And their designs make a lot of sense once you know Minase’s backstory. I am still in awe that we get to experience these watches on the other side of the world! If you want a better rundown on what makes them extraordinary, spare a few minutes for this write-up. 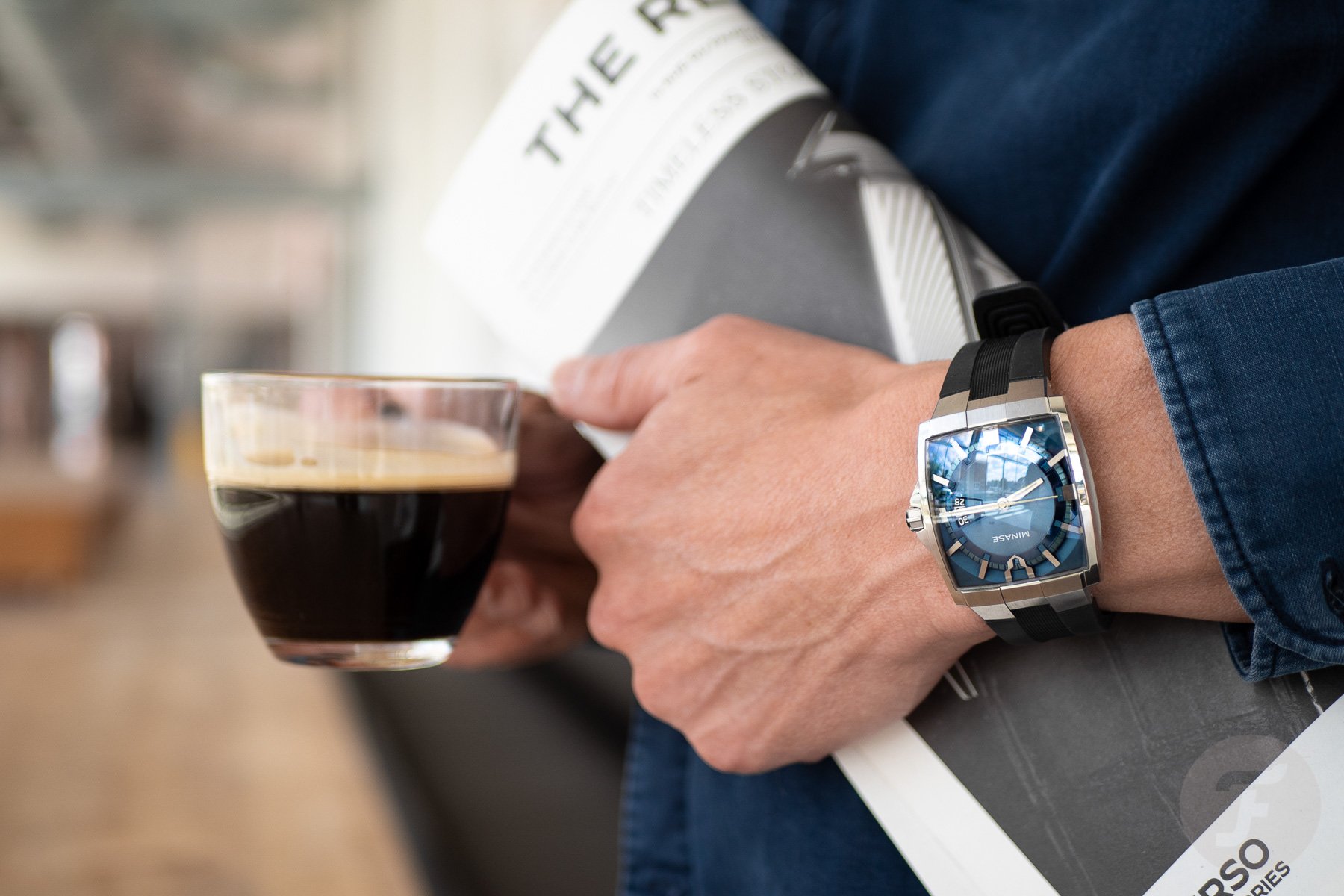 Welcome back.After that short primer, I think we’re all ready to appreciate the watch in hand, the Horizon 2.0. Let’s start with the name. The 38 × 51mm Horizon takes inspiration from the horizon over the ocean, and at 12mm thick, it’s Minase’s thinnest, most delicate model.

Looking at it from the side, the case top flows smoothly on a single plane from the spherical sapphire crystal to the lugs. It has a slightly domed profile to mimic the surface of the water, and everything inside the case follows this curve. Yes, even the hands are slightly bent. The shape of the case sides, however, shows strong and powerful lines reminiscent of a katana, the sword of the samurai. 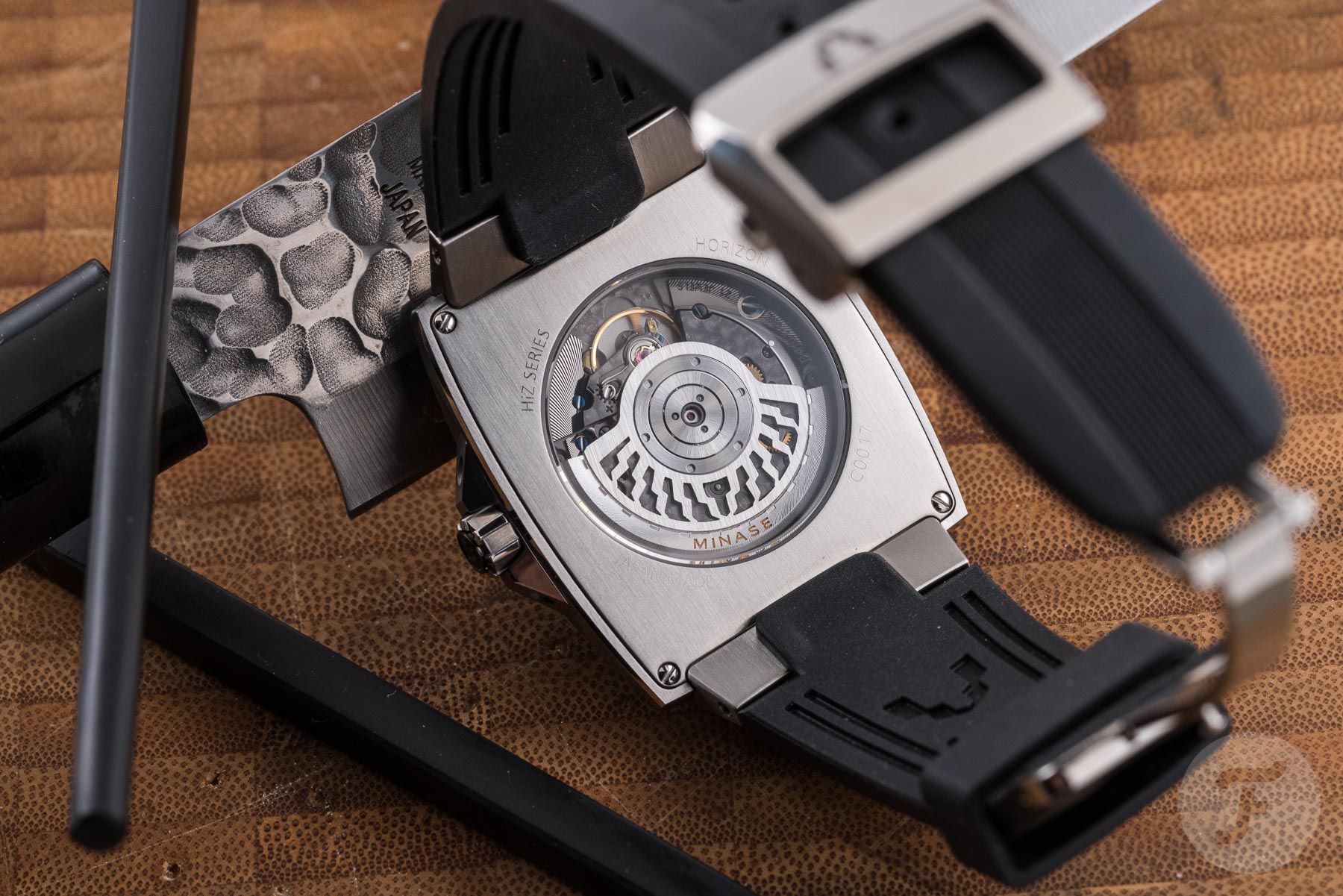 To make a strong comeback, the Horizon has had a heart transplant. Now ticking inside is the KT7002, which is based upon the ETA 2892 (a more upscale caliber than the one used in the first Horizon model). The KT7002 is hand-finished by Minase with polishing and perlage on plates and bridges as well as diamond-polished bevels. Its rotor is cut out with Minase’s drill-head motif and logo. This highly executed engine runs at 28,800 vibrations per hour (4Hz) with 50 hours of power reserve. Apart from its spirit and its heart, the Horizon is characterized by three of Minase’s signature manufacturing techniques. 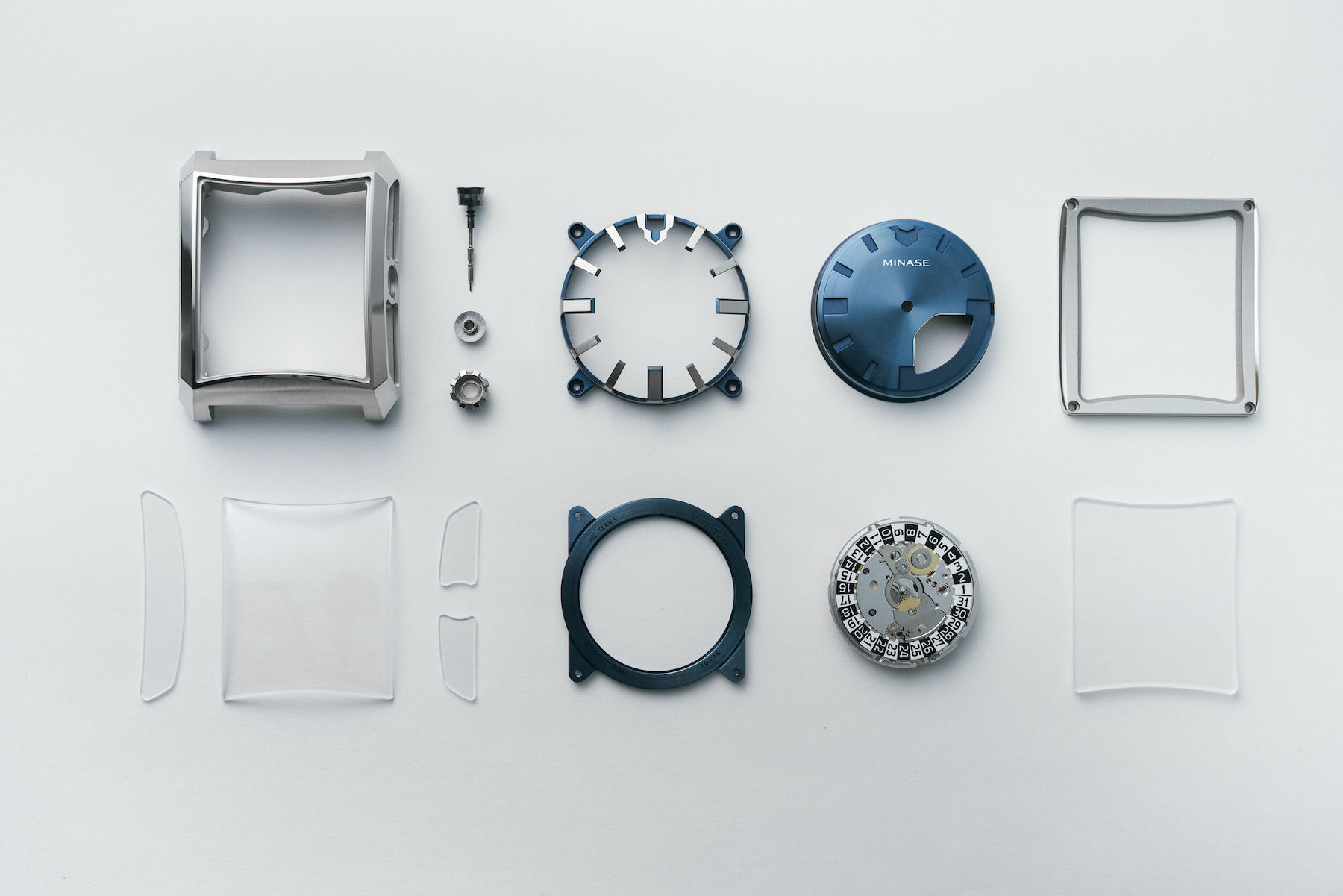 The Horizon, like all Minase watches, does not feature a dial in the traditional sense. The casing is built with several elements made in steel, creating a “floating” structure inside. The case-in-case structure holds and secures the movement, on top of which the dial plate and index ring are fitted. Within this construction, the dial and movement appear suspended, which alters the sense of depth and the way the light plays. 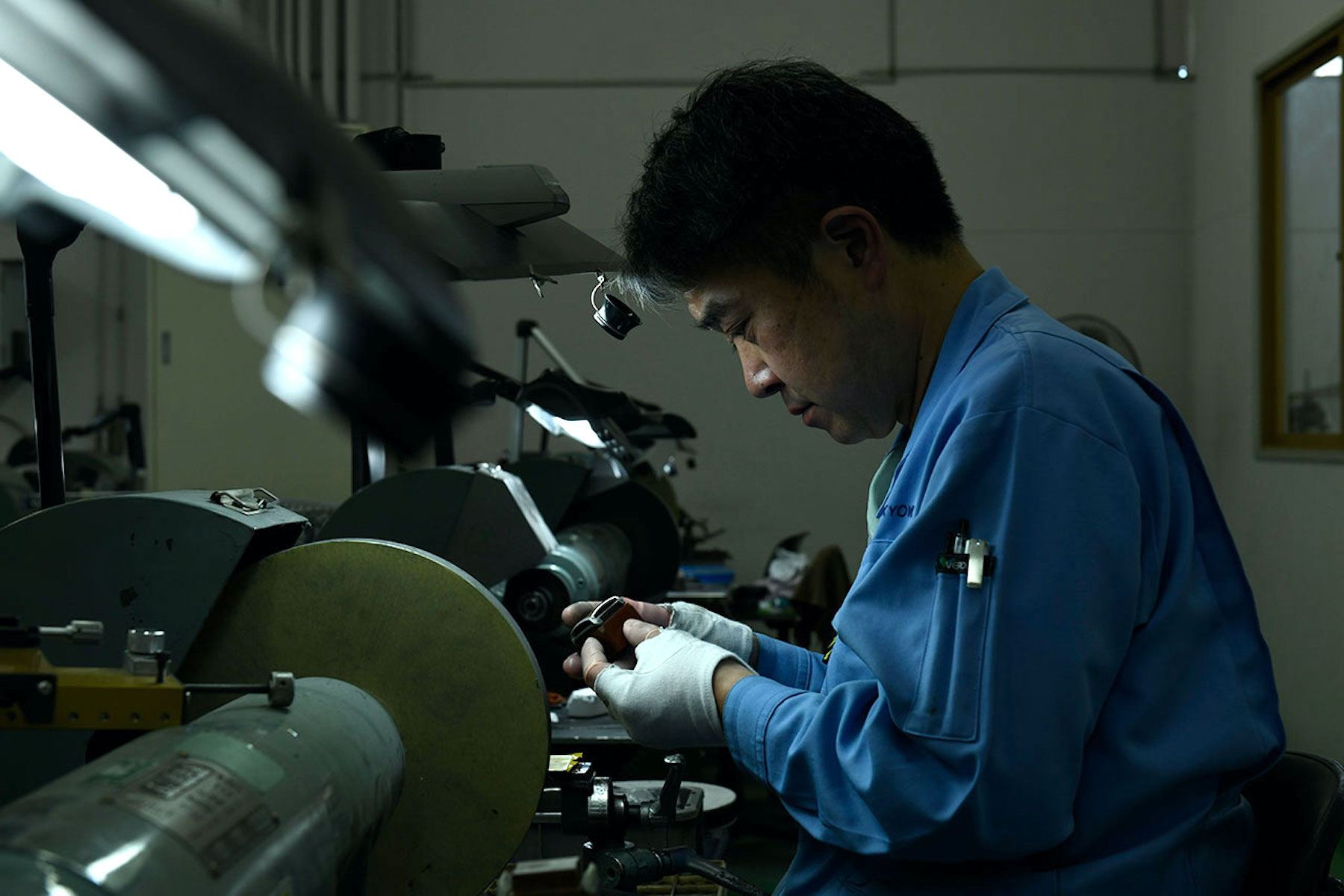 The steel parts of the Horizon’s case and the bracelet are polished with the Sallaz technique. Made famous by Grand Seiko as Zaratsu polishing, Sallaz polishing is also used by other Japanese brands in their higher-end offerings. Minase’s master craftsmen excel at exquisite finishing technique, which produces a flawless mirror finish and remarkably sharp edges comparable to that of a katana. The brand has a whole page dedicated to explaining its own Sallaz process. It is the pinnacle of delicate work, requiring about 50 processes and taking no less than 15 hours to complete a single watch. 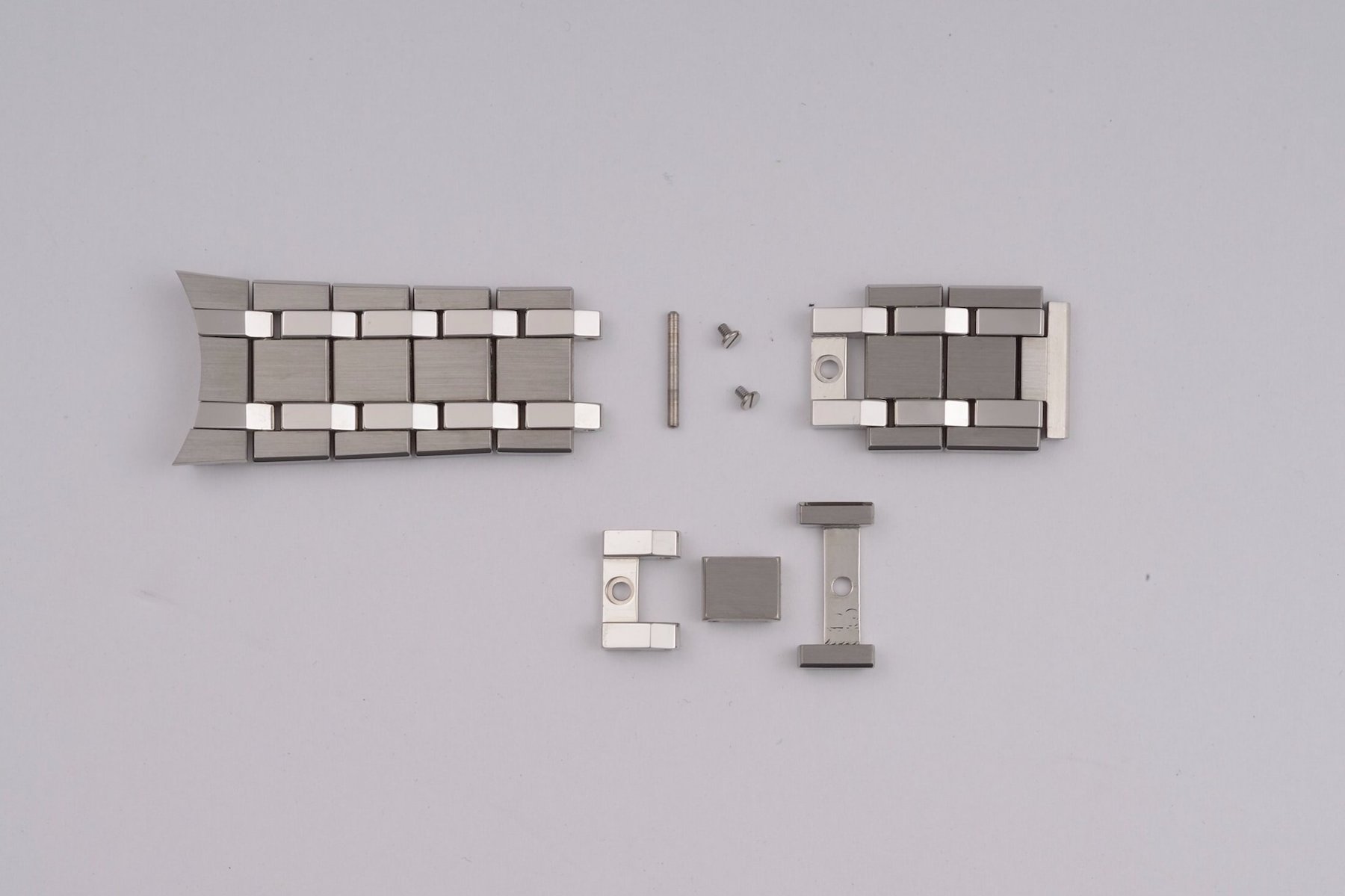 Minase constructs its steel bracelets following an ingenious principle called MORE (Minase Original Rebuilt Equation). MORE is inspired by Japanese traditional wooden puzzles. Unlike most watch bracelets, Minase’s have no pinholes in the links. Each segment is screwed on easily and can be replaced individually. Not only does that facilitate repairs and prolong product life, but it also makes the bracelet remarkably flexible and comfortable on the wrist. The MORE approach underscores Minase’s goal to make watches that will be treasured for more than 100 years. 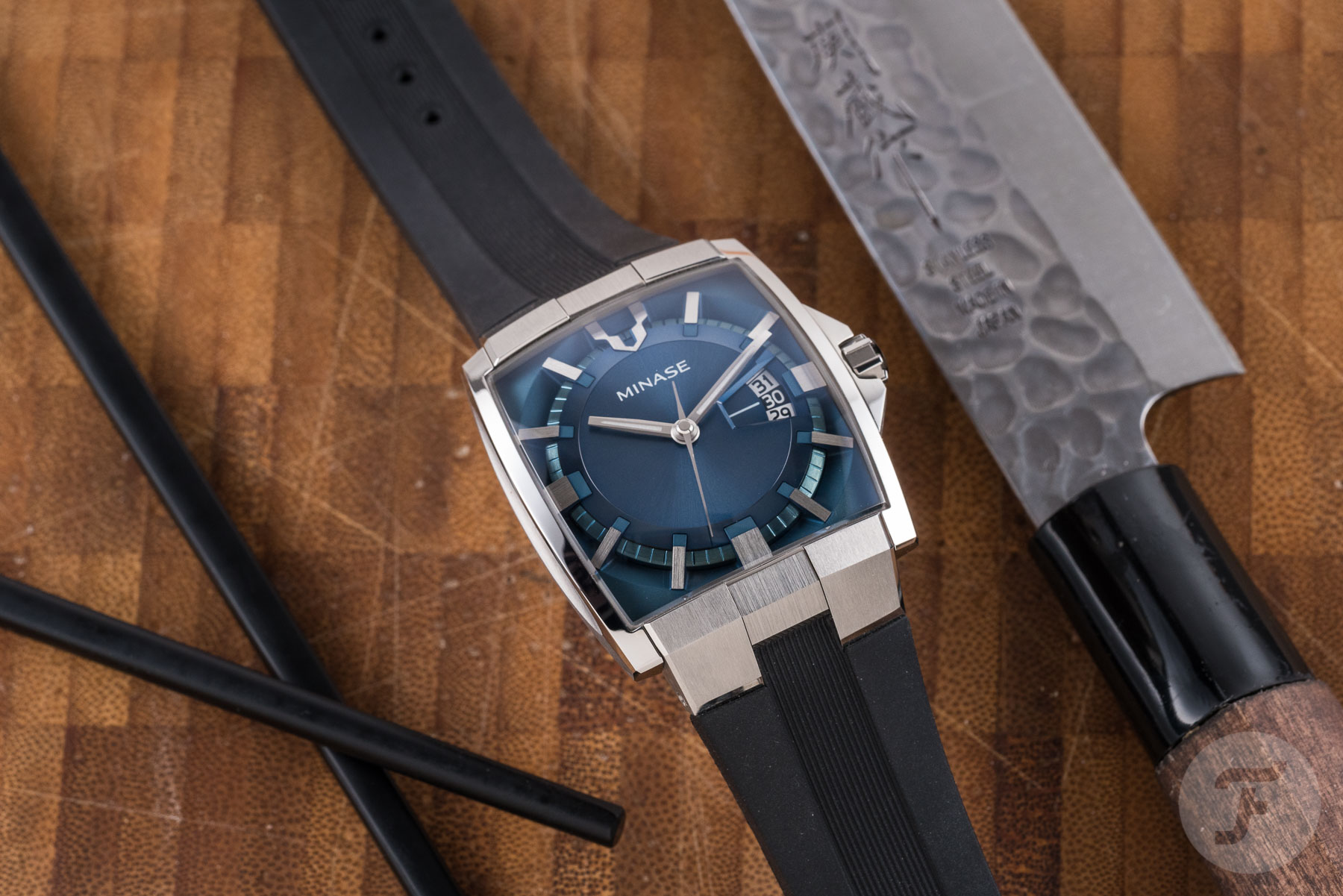 Minase’s philosophy is to craft beautiful and exceptional timepieces that embody the values, traditions, and crafts of Japan. The brand is firmly established in the high-end category and does much of its own production in-house. Given its originality, craftsmanship, premium build quality, and materials versus production volume, you won’t get much better than Minase’s price-to-quality ratio. The Horizon 2.0 retails for €4,900 including VAT on the rubber strap and €6,250 on a stainless steel bracelet. You can find all other info about the Horizon 2.0 on Minase’s product page.