Parmigiani Fleurier presents the “skeleton” edition of the Tonda 1950, which reveals the incredibly complex mechanism and features of this extra-thin model.

Each bridge and main plate of the PF705 calibre movement has been exquisitely openworked and decorated. No fewer than 127 internal angles adorn the main plate and bridges, requiring 40 hours of decorative work per piece. Revealed in all its refined glory, the skeleton movement of the Tonda 1950 complements the purity of the extra-thin model, displaying its allegiance to a watchmaking tradition where simple lines combined with a high quality finish are used to create timeless beauty. 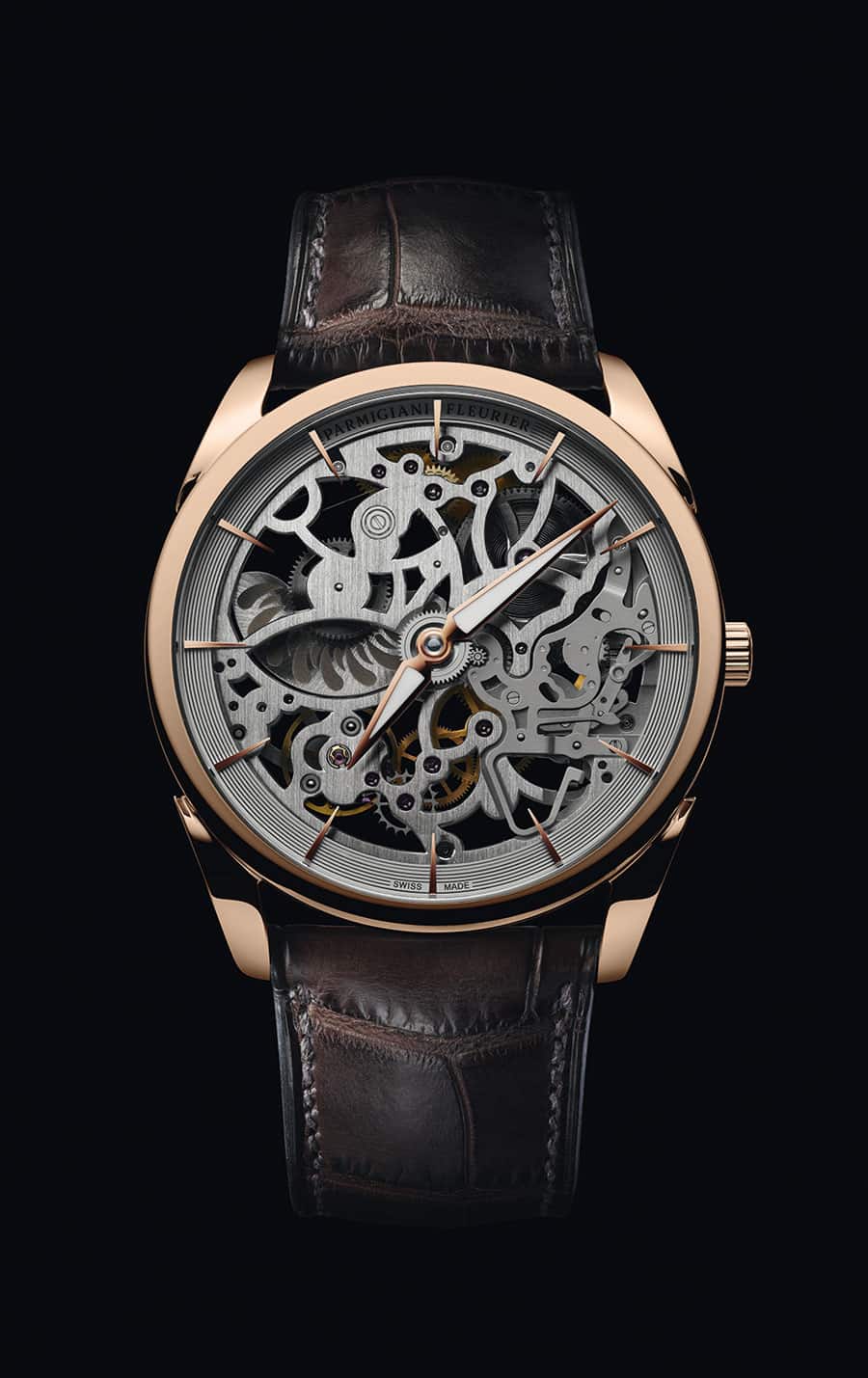 The platinum micro-rotor is now visible on the surface of the watch, rather than solely on the back of the movement. As a result, this new face has been decorated with a pattern formed of Parmigiani Fleurier’s iconic lugs, part of the brand’s DNA. Hinting at the spiral shape of the rotor, the motif emphasises the distinctive feeling of movement, which can be observed with each movement of the wrist. 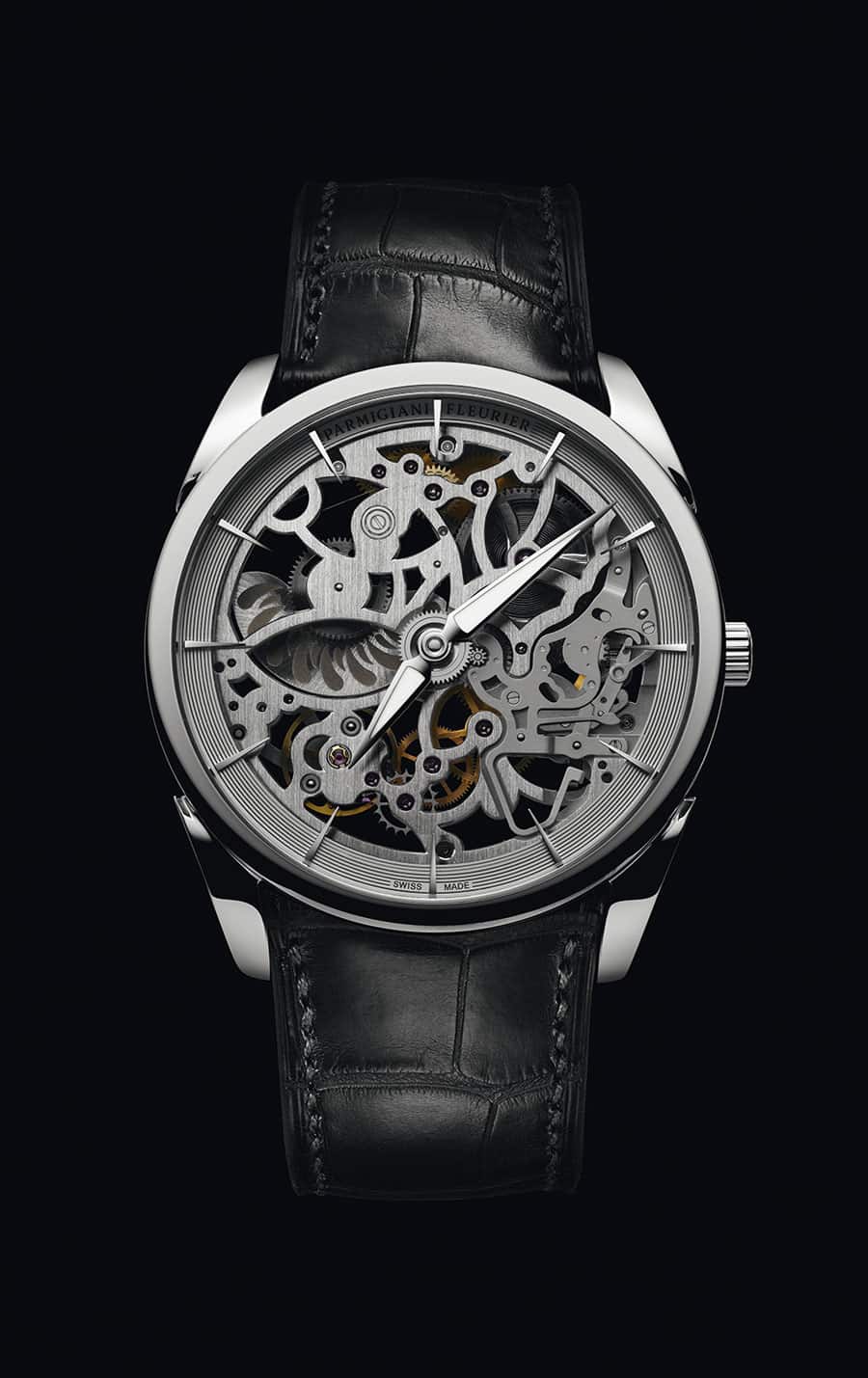 Contrary to all expectations, the Tonda 1950 Squelette does feature a dial, but it is made from sapphire, making it perfectly invisible. Only its rim is metallised, thus elegantly serving to hide the points of attachment between the movement and the case. It also bears the Parmigiani Fleurier logo, which takes the form of a transfer at the top of this rim, rather than the usual monogram, which would have broken the harmony of this framed tableau.

Finally, the dial features a very interesting function which distinguishes the men’s version of the Tonda 1950 Squelette from the ladies’ model. While the dial on the men’s watch is perfectly polished and transparent, the ladies’ model features a subtly frosted dial, with a translucent misty effect. This allows the men’s version of the model to showcase the full technical prowess of the watch, revealing the movement in minute detail. With typically feminine subtlety, the design of the second version reveals as it hides, lending a softness to the piece by blurring the harsh angles of its movement. This frosted veil also echoes the grained white finish which made the original Tonda 1950 such an overwhelming success. 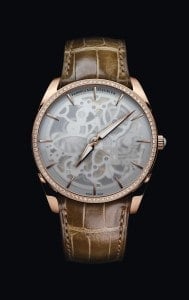 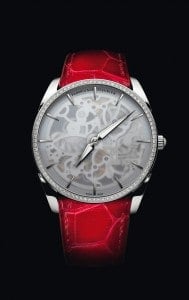