The Breguet La Tradition was launched in the mid-2000s to much fanfare and many subsequently mixed reviews amongst fans and connoisseurs – here was a watch that put the escapement on the dial side, was constructed in a very traditional 18th century style (note the odd, almost arbitrary shape of the bridges and sub-plates), finished unusually (but very well indeed) and launched at a reasonably accessible price for what it offered. 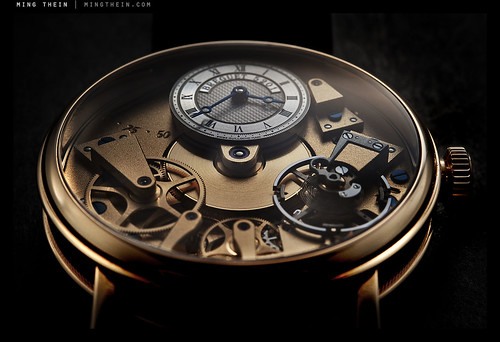 Even the architecture was pretty unusual: the time dial was pushed to the top of the watch, regulateur-style, with the barrel in the center and going train laid out across the bottom of the watch. There’s also a little power reserve indicator tucked away at top-right, minimally decorated so as not to interfere with the symmetric aesthetic of the watch. 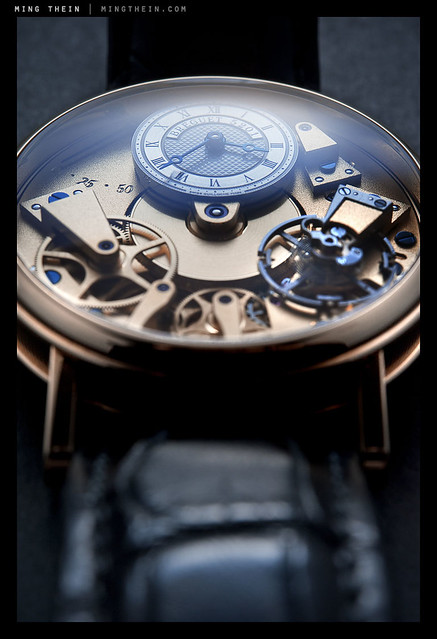 But then we turned it over, and were surprised by the vast emptiness on the top plate – sure, most of the going train was put on the front, but I think what looked odd to most people was not the emptiness – but the vertical height between the top plate and rear sapphire. I was told that this was the way watches during that period were designed and laid out; no milled recesses for components, just a plate with everything else bolted on to it. I still think a little deviation here and there for the sake of aesthetics would be acceptable – there’s no way they’d use 18th century oils on the escapement, either. 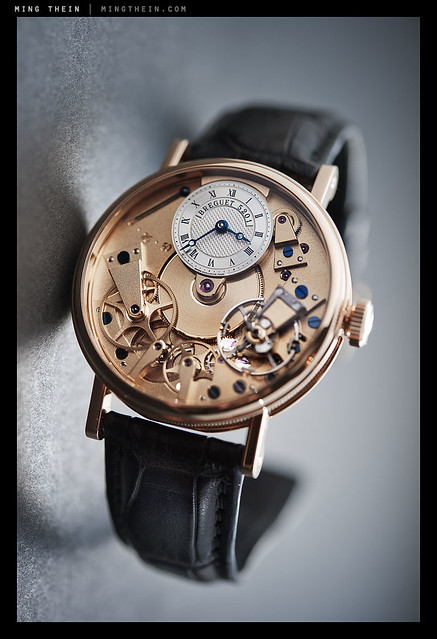 The La Tradition line has spawned a number of complications, some of which do actually use the extra space on the top plate to good effect – the tourbillon, for instance both fills out the front of the dial and the top plate well. It just looks more ‘complete’ to the eye. Whilst I personally prefer the monochrome color scheme with WG case and anthracite dial (similar to the tourbillon) – there’s no denying that the traditional gold version has its appeal too. 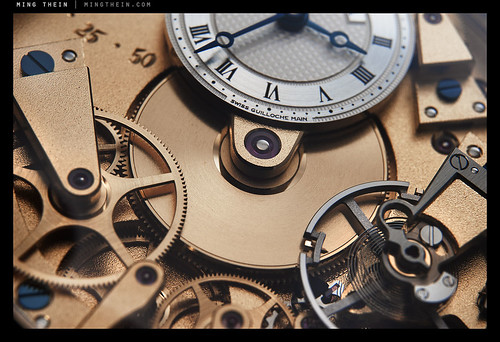 But enough of that, to the photographs. As usual, clicking on any of them will bring you to a larger version. The series was shot with a mix of equipment – the Nikon D700 and 60/2.8 macro; Leica M9-P, bellows and Zeiss 2/50 Planar; and finally, the Olympus Pen Mini. Furthermore, if you’re interested in how I made some of the higher magnification ones, please have a look at these two articles on my photography site (The never-ending quest for more magnification; Macrophotography and the Leica M) which both go into more of the technical details. MT 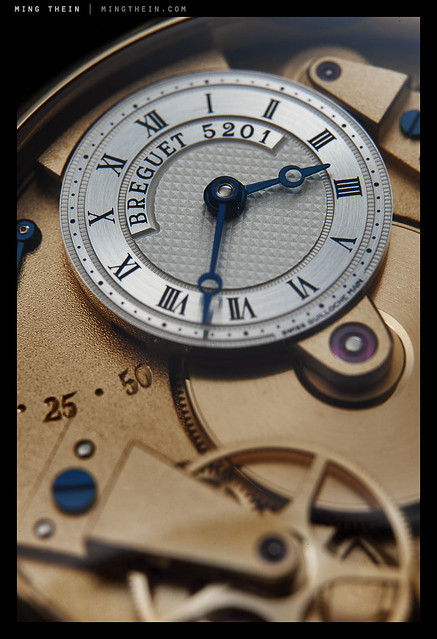 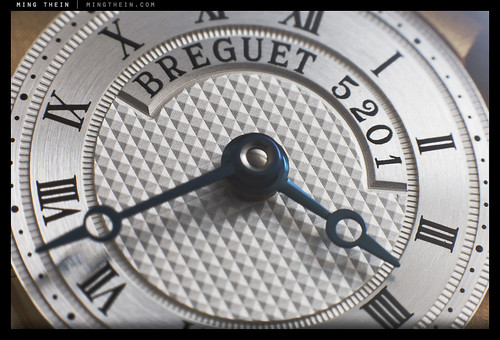 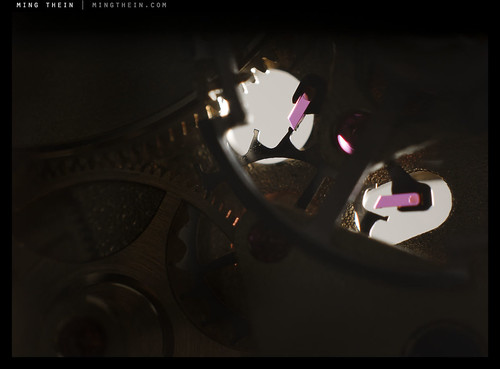 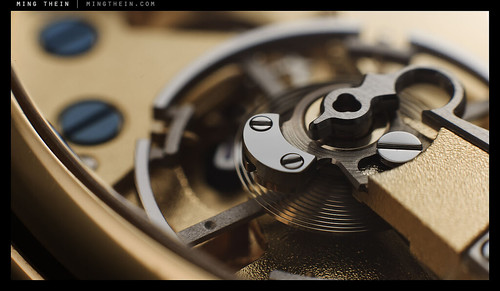 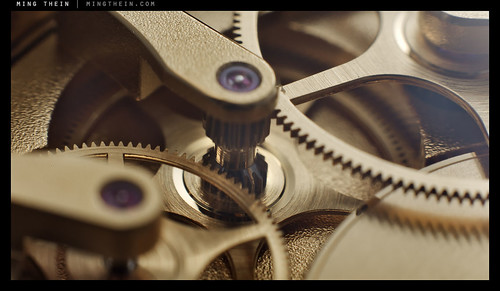 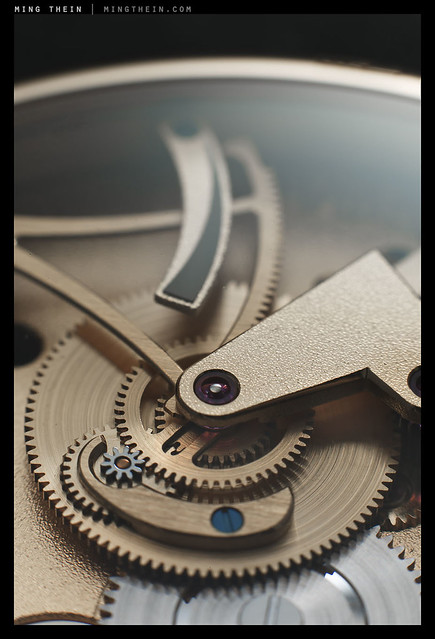 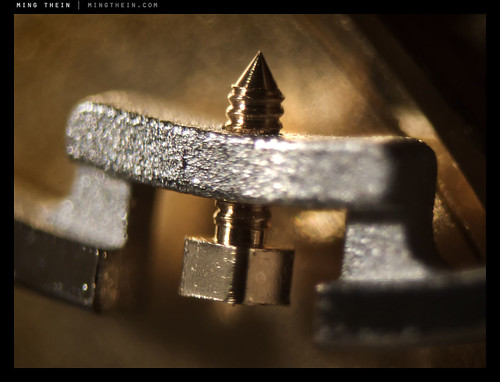 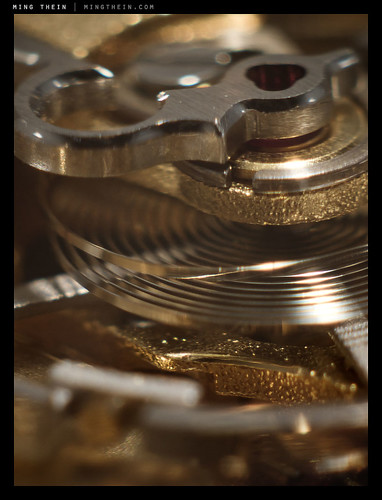 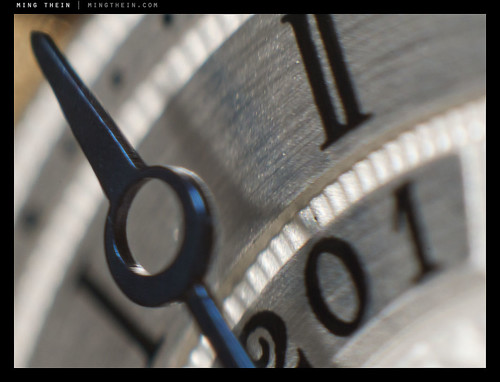