Do you like it short and sweet? I hope you do because this article about the new dials and ceramic bezel inserts for the Seiko Astron GPS Solar 5X53 Dual-Time is going to be just that. But it’s not because I don’t like the watches. On the contrary, I’ve been a fan since the very first satellite-connected, solar-powered Astron debuted in 2012. In the 10 years since then, the watches have shown a remarkable evolution. The Astron travel watch grew smaller, the movement got more efficient and intuitive, and the design became more and more sophisticated. 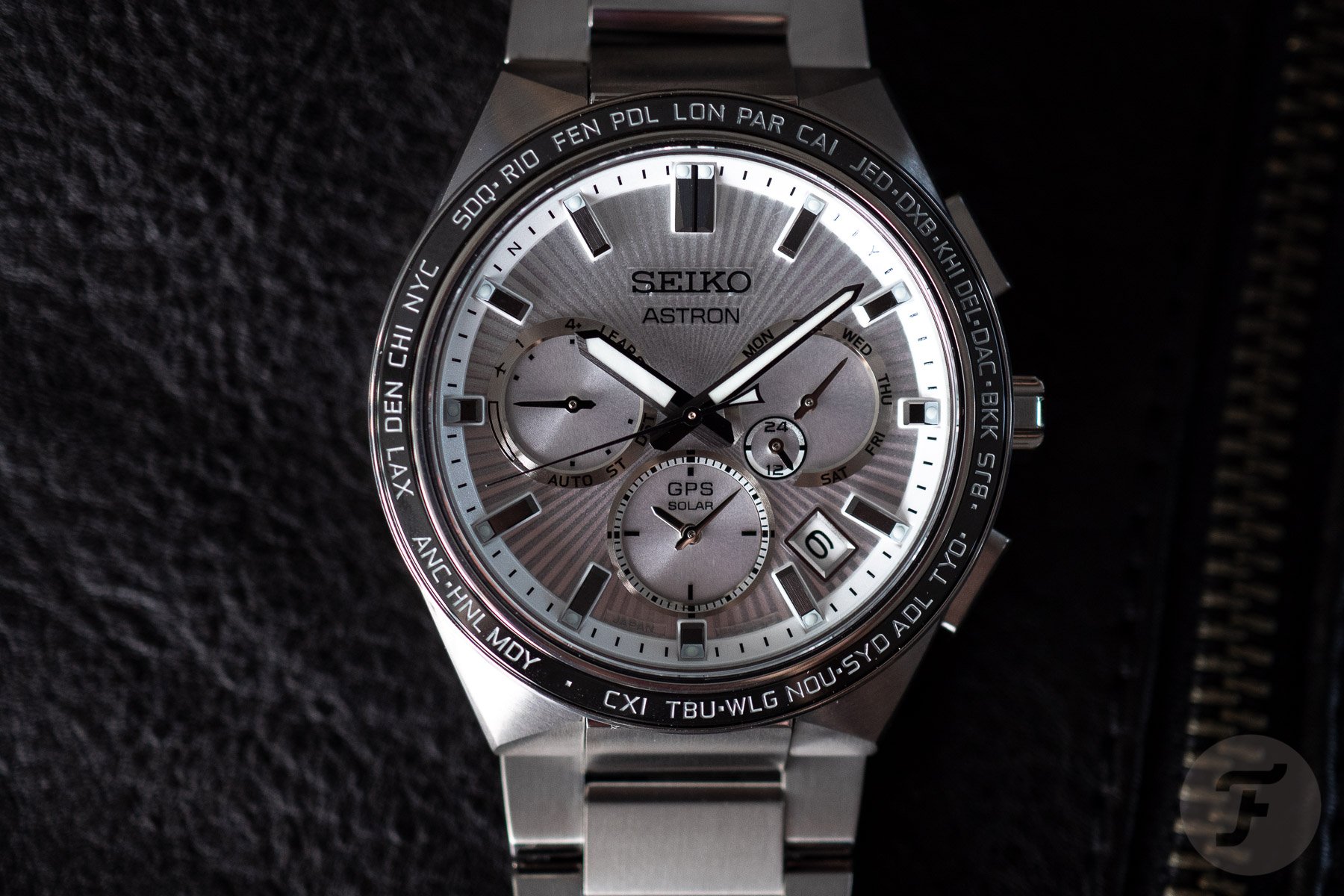 The first four Astron GPS Solar watches of this year showed maturity. You could choose between silver, blue-gray, and black. But there was also the 10th Anniversary Limited Edition SSH113 with a dial showing horizontal stripes in alternating shades of gray. That last one was the most “Japanese” of the four, and the four latest iterations are also quite decorative. 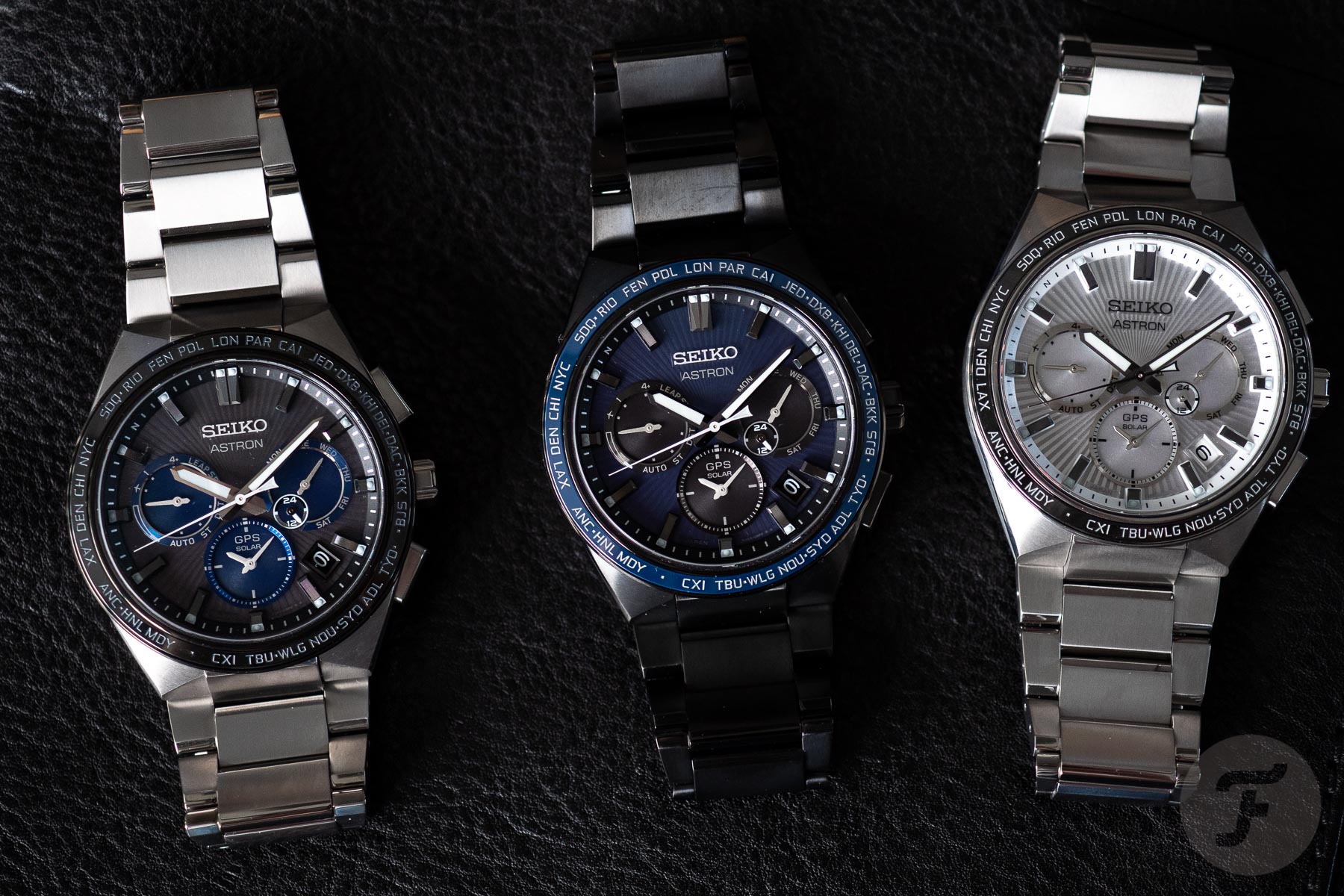 The SSH117 with its silver dial, the SSH119 with its black and blue dial, and the SSH121 with its black titanium case all have one thing in common. The radial dial pattern is inspired by a nova, “a transient astronomical event that causes the sudden appearance of a bright, apparently ‘new’ star,” according to Wikipedia. Nova means “new” in Latin, you see. What’s also new is the ceramic-coated city bezel insert. The first four Astrons from earlier this year had sapphire bezel inserts with UTC-related numerals. 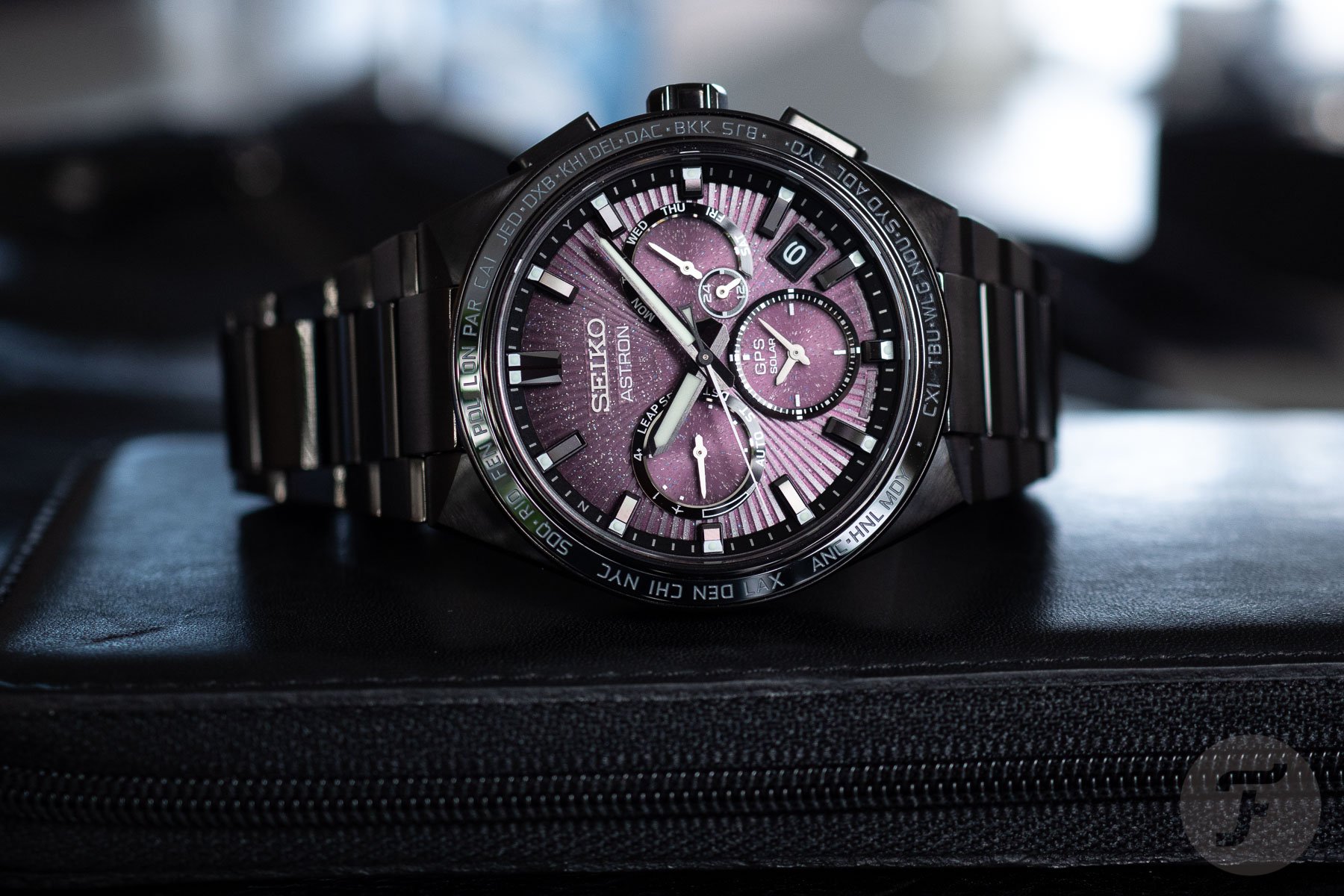 The black-cased SSH123 with its sparkly purple dial takes its design cues from a supernova, an exploding star. That astronomical bang explains the extra sparkles on the radial dial. This limited edition of 1,500 pieces celebrates 10 years of Astron GPS Solar watches. It reminds me of the purple SSH101J1, a 2021 limited edition of which the dial is an impression of the high energy and ever-present neon lights of Tokyo at night. Well, when I first visited Tokyo, the vast city at night did remind me of an overpowering and overwhelming supernova, so I get the resemblance between the two Astrons. 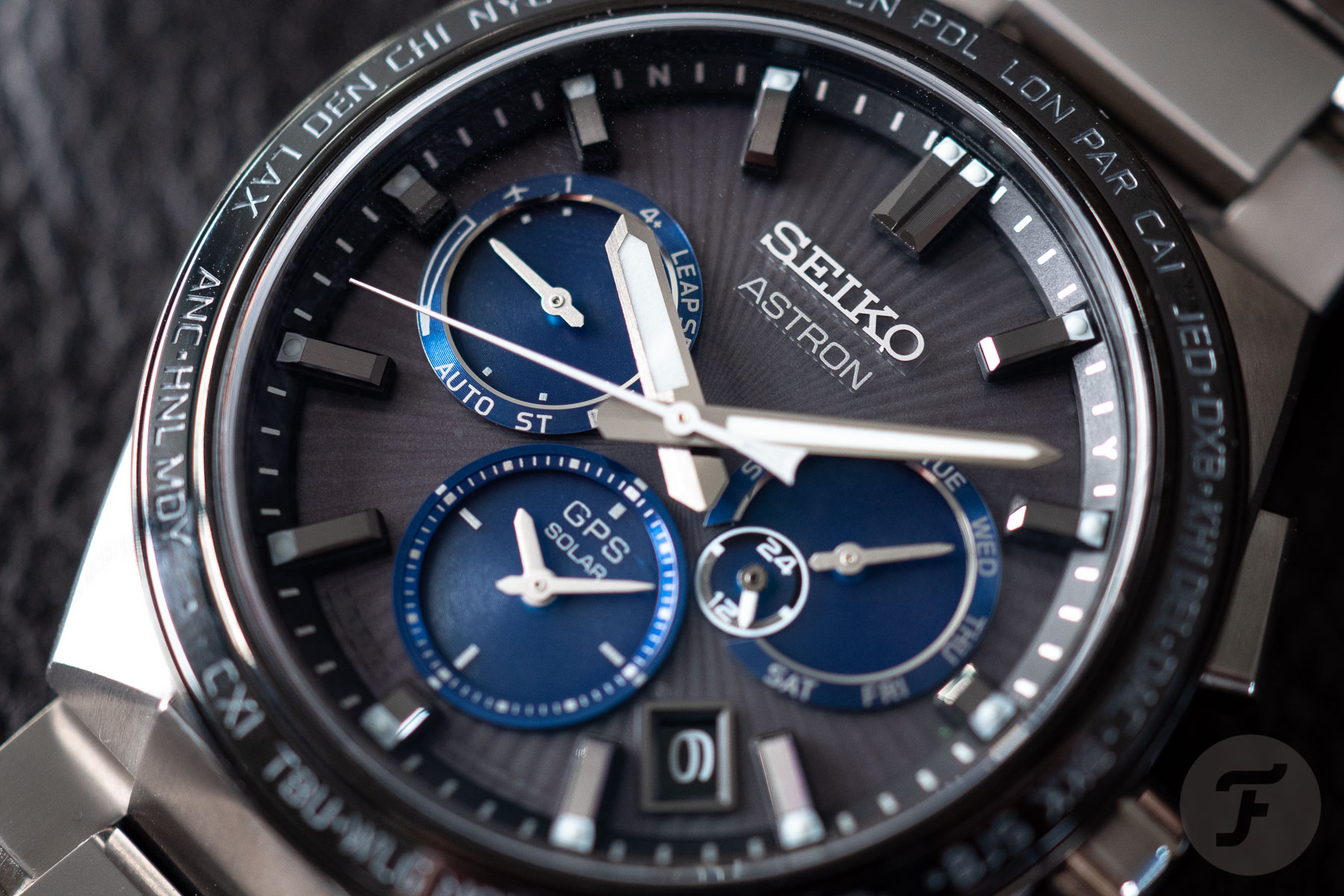 I promised to keep this short and sweet, and since I’m a man of my word, I will. Since I only saw these new Astrons very briefly, I will save my breath/words for the review model that will come to Fratello HQ in the near future. I will then dive deeper into the nova-like dial and see if it works for me or if I prefer the plainer versions that debuted earlier this year. Until then, please feast your eyes on the many pics we managed to shoot of the new Astron GPS Solar 5X53 Dual-Time quartet. 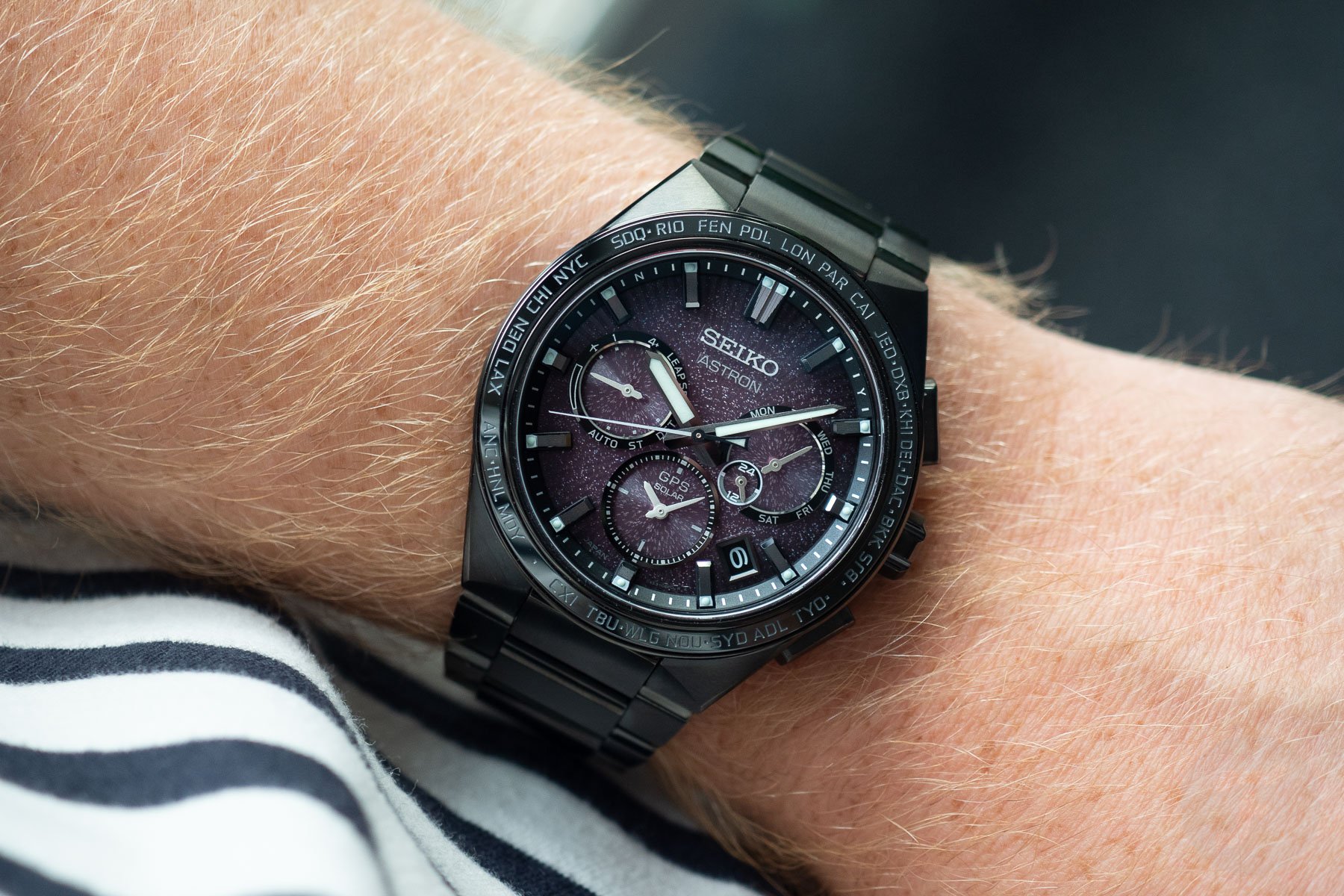