Ze Germans Have Given Us A Pleasant Surprise — The Sinn 103 Classic 12 Reverse Panda Chronograph Is Quite The Looker!

Sinn SpezialUhren has been around for 60 years and it’s celebrating! How? By releasing a limited edition version of their most iconic watch: the Sinn 103. They call it the Sinn 103 Classic 12, referring to the second time zone bezel.

During Geneva Watch Days, Sinn exhibited at the location in the city where the Baselworld organization had its little platform to promote its return to the watch industry. Whether or not that was a success is a different topic, but Sinn at least had a place where it could put its new watches, including the Sinn 103 Classic 12, on display. And to be quite honest with you, it turned out to be one of the coolest pieces I saw during the Geneva Watch Days in the more affordable price range. 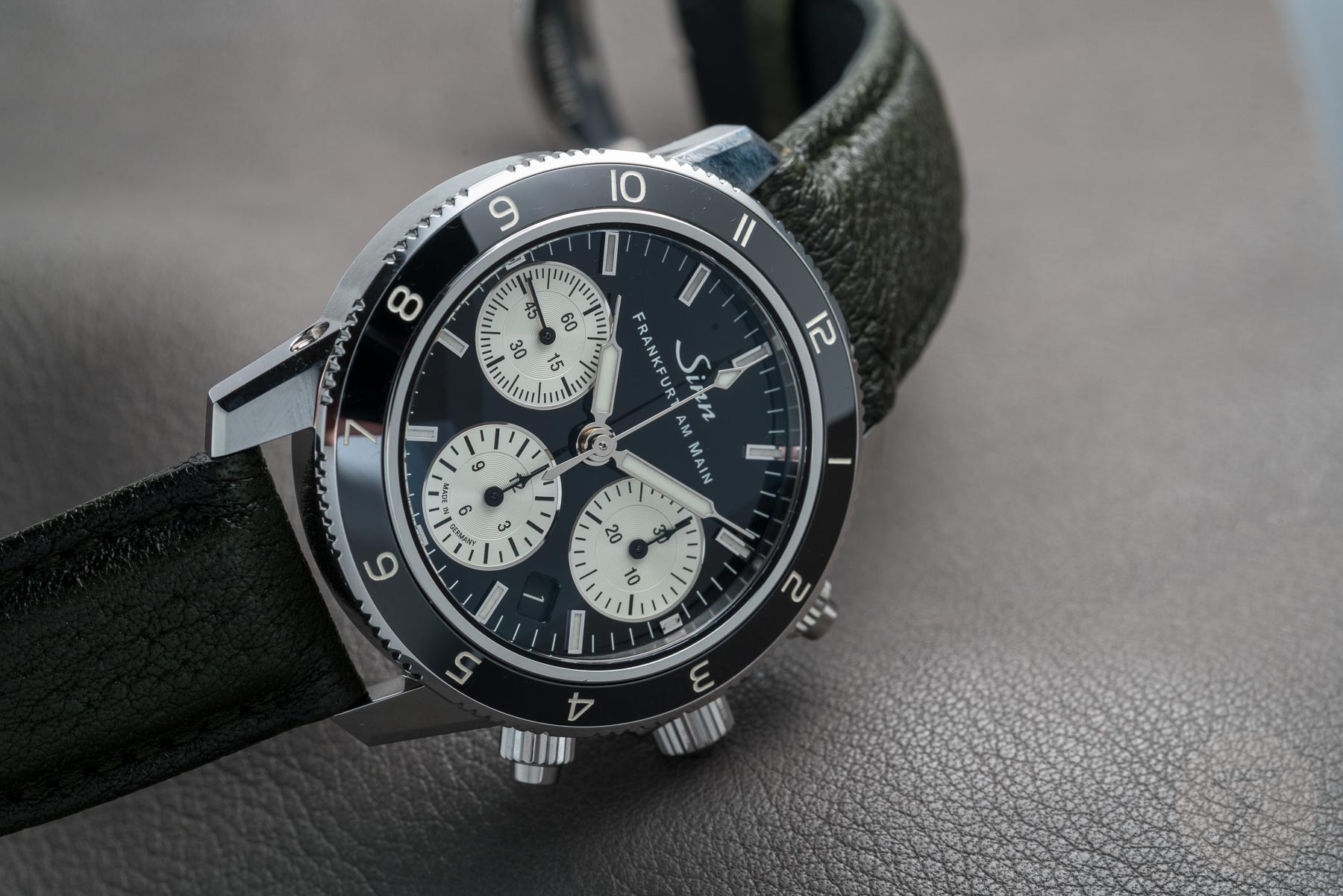 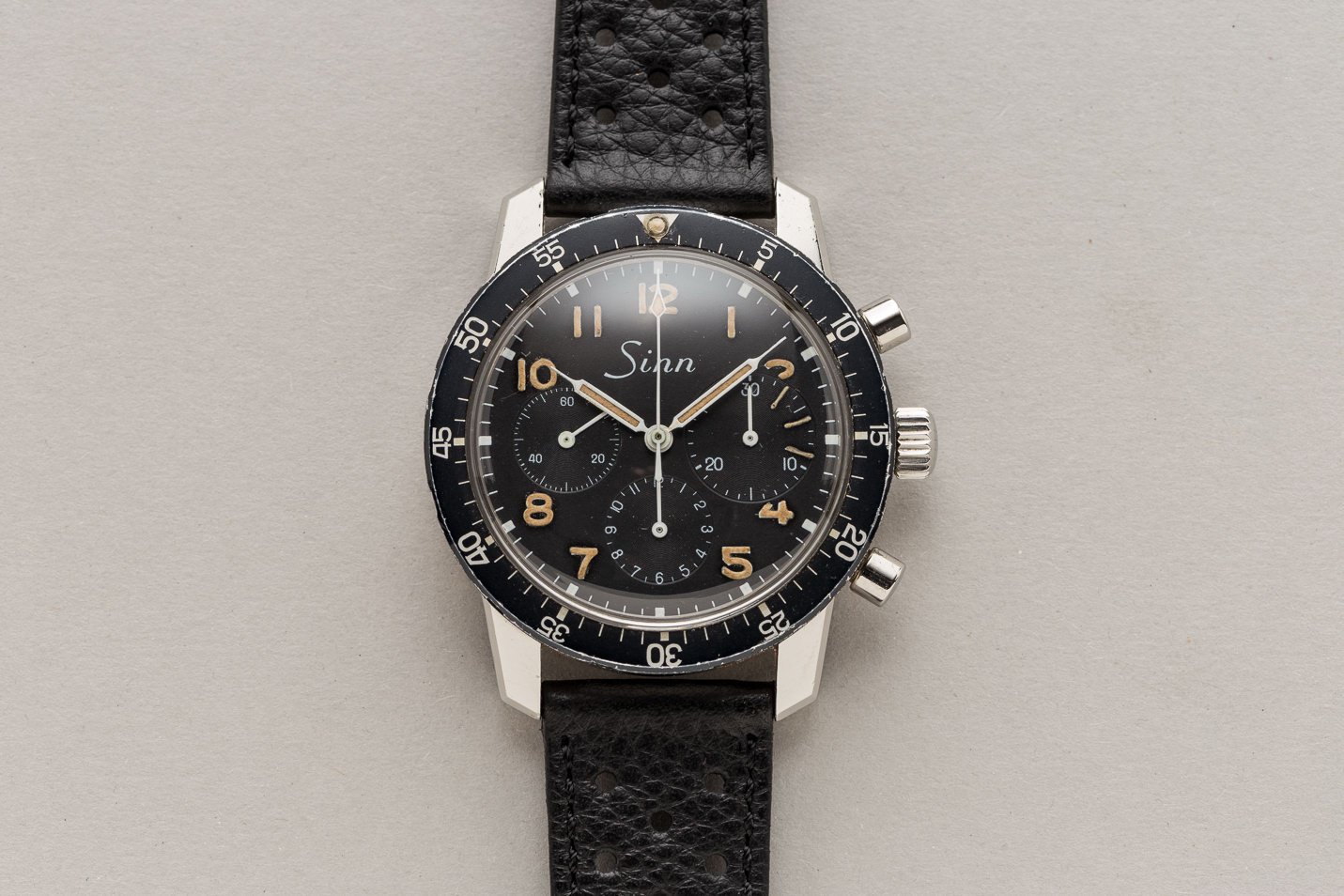 Sinn 103B from the 1960s. Image courtesy of ShuckTheOyster.com

Aside from the classic chronograph layout, there’s a lot more to this model, so let’s have a look at the rest of the Sinn 103 Classic 12.

Before I get into the watch, let’s start with some specifications of the Sinn 103 Classic 12.

The Sinn 103 Classic 12 has a black electroplated dial with a sunburst finish. The dial has applied hour markers and hands filled with Super-LumiNova and sub-dials are surrounded by metal rims. As you can see in the picture, the sub-dials have a classic circular motif. At 4:30, you will find the date window. A black date wheel with white printing keeps things toned down and subtle. Perhaps not giving the best contrast, but it’s visually more pleasing than a white disc with black printing, which may somewhat imbalance the dial. The reverse panda dial on the Sinn 103 Classic 12 looks great. Sinn is no stranger to the reverse panda dial. In this article, we’ve shown you another version of the Sinn 103 which also features a reverse panda dial. 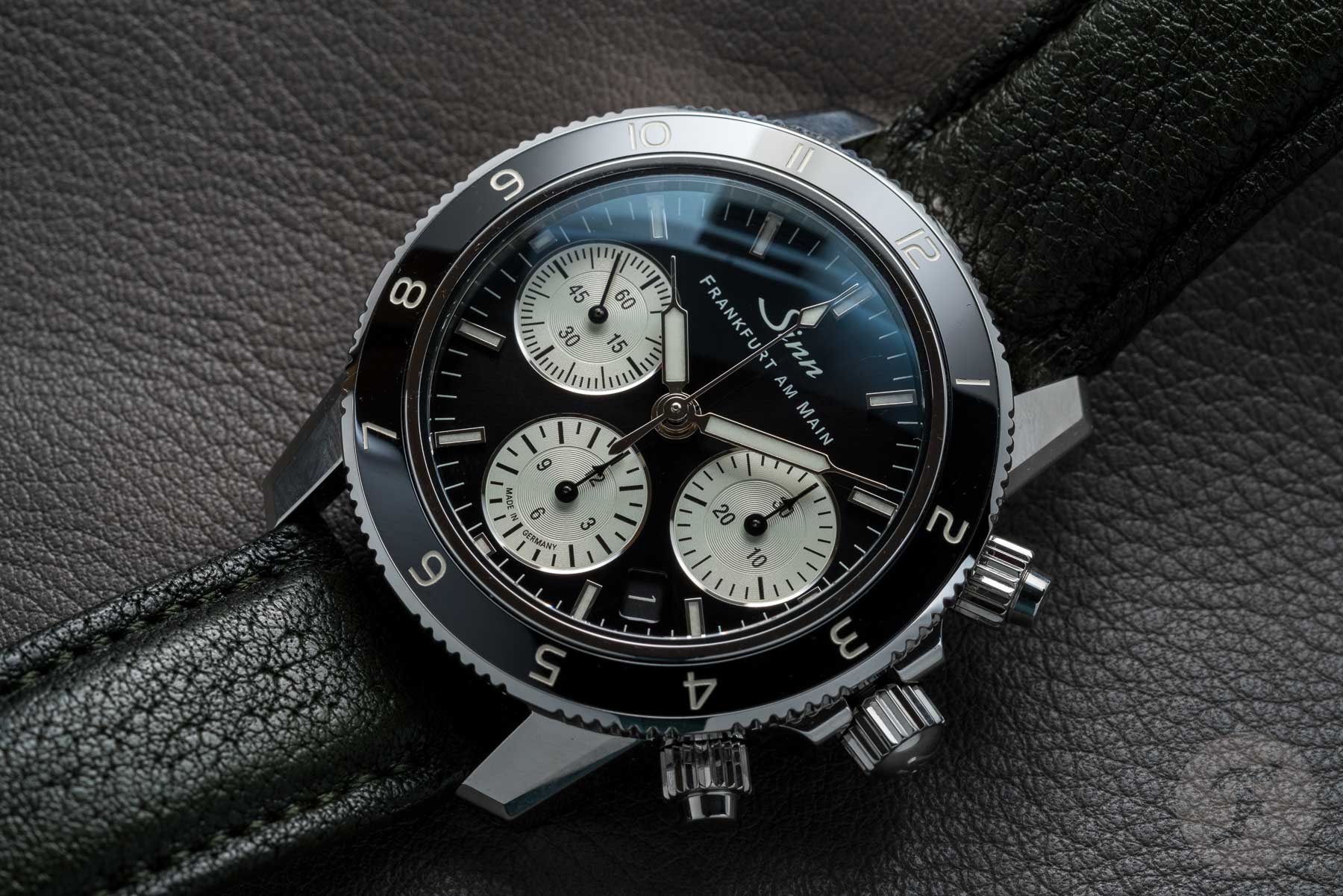 The 41mm stainless steel case of the Sinn 103 Classic 12 is a little thick at 17mm, but it’s not uncomfortable on the wrist. Two domed sapphire crystals also add up to the 17mm thickness in total, of course. To increase the water resistance of this watch, Sinn uses threaded pushers which screw into the case, a screw-in case back, and a screw-down crown. 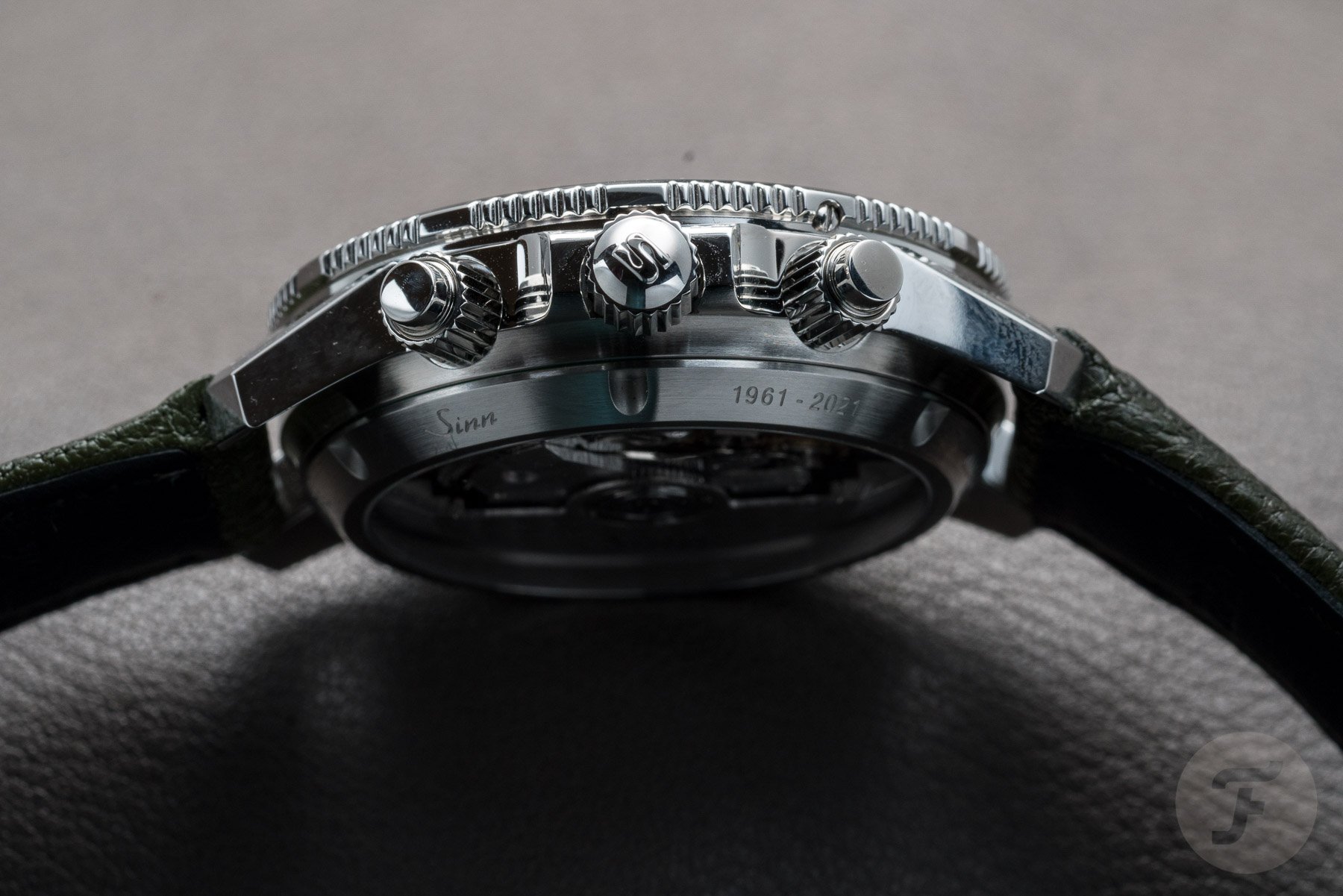 I am not a big fan of chronograph pushers that you have to unscrew before use, as it’s the case on the Rolex Daytona and the Audemars Piguet Royal Oak Chronograph, for example. They do have the added advantage of securing the watch from water entering the case. On the other hand, you will find chronographs on the market with pushers that you can even use underwater (up to 300 meters) without having to unscrew them first. On the lower left lug, you will find the indicator for the drying capsule inside the watch. 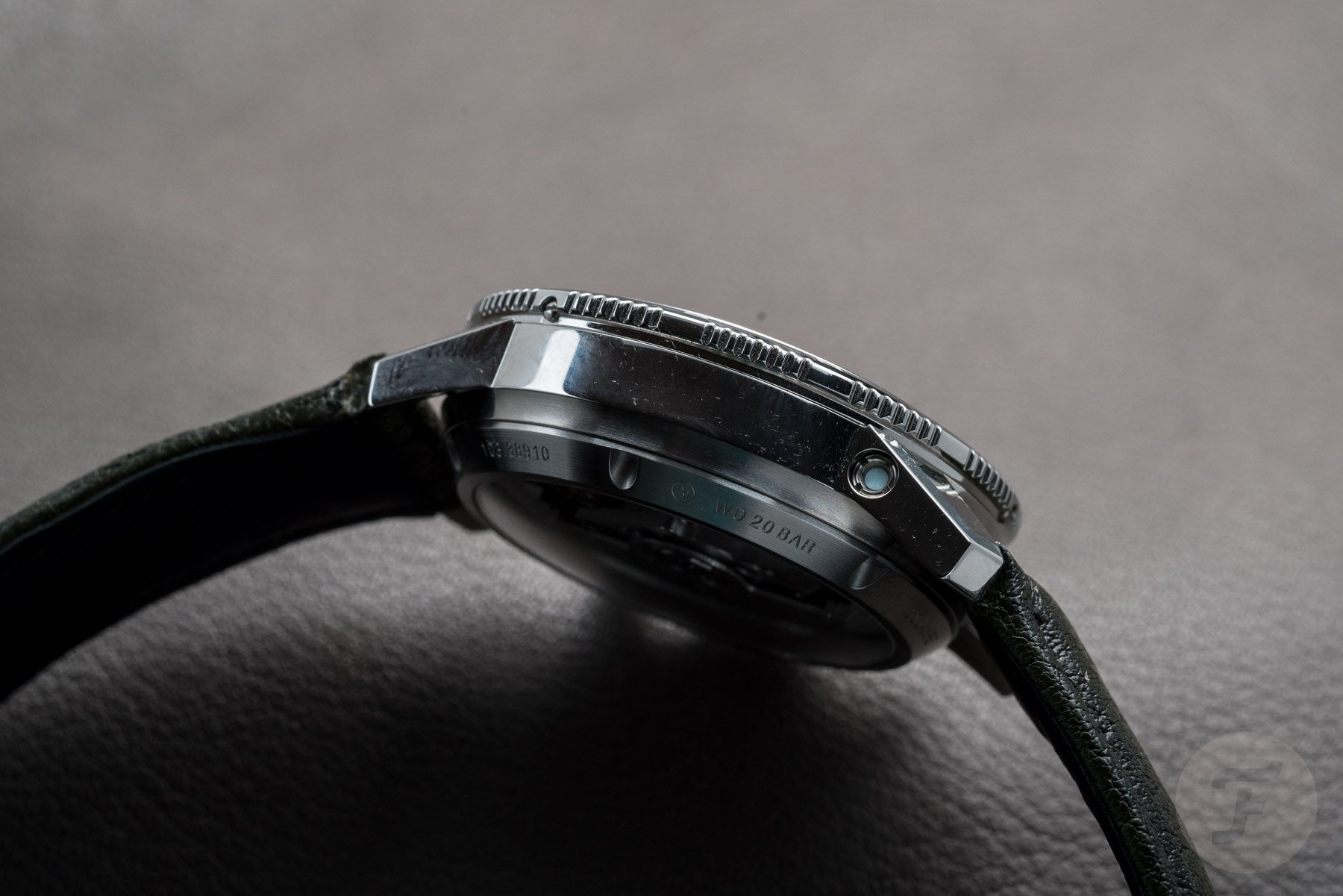 It is part of Sinn’s Ar-Dehumidifying Technology. This clever Sinn innovation solves the problem of aging oil due to moisture in the air inside the watch. Sinn uses a drying capsule, special seals, and protective gas inside the case to slow down this aging process from happening. It’s also a measure to prevent the crystal from fogging due to a sudden extreme change in temperature. The drying capsule is filled with copper sulfate and absorbs the moisture from the air inside the Sinn 103 Classic 12 watch. The indicator shows when it is time to have this titanium drying capsule replaced. The colors go from pale blue to dark blue for a fully saturated capsule. 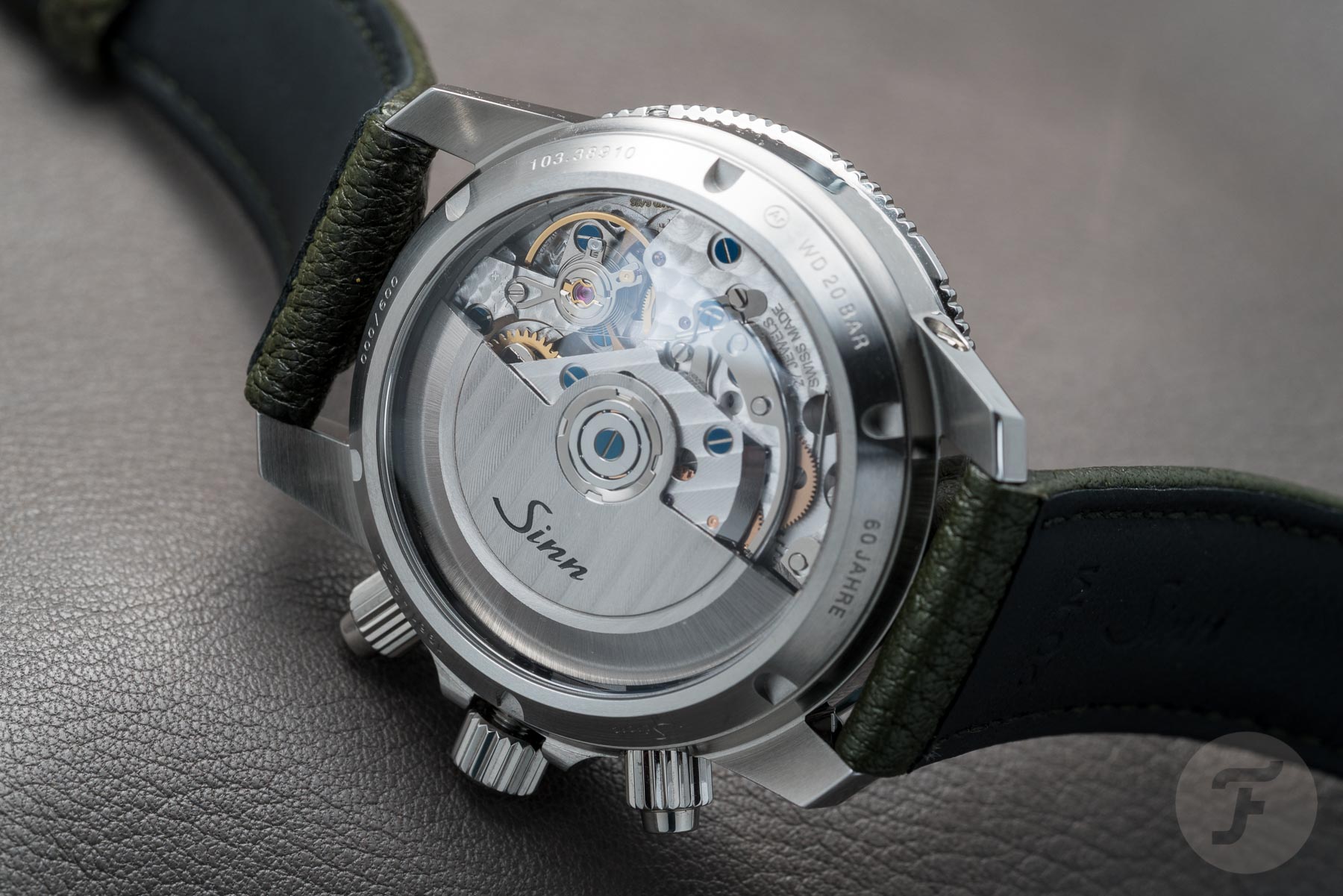 Through the sapphire crystal on the case back, you’ll see the caliber SW 510. This is a Sellita based movement, nearly identical to the SW 500 (Sellita’s version of the ETA/Valjoux 7750) but with the more classic 12/9/6 sub-dial layout. This movement has a power reserve of 48 hours, and ticks at 28,800vph. It has a hacking seconds function, a quick set date, and 27 jewels. The rotor has a Côte de Genève decoration and is engraved with the Sinn logo. Just like the classic Valjoux 7750, the SW 510 winds in one direction only. This results in the famous free spin effect when the rotor goes into the non-winding direction. This can be felt on the wrist due to its wobble. Some people like it, others don’t. At least it serves as a nice little reminder that there’s something mechanical on your wrist! 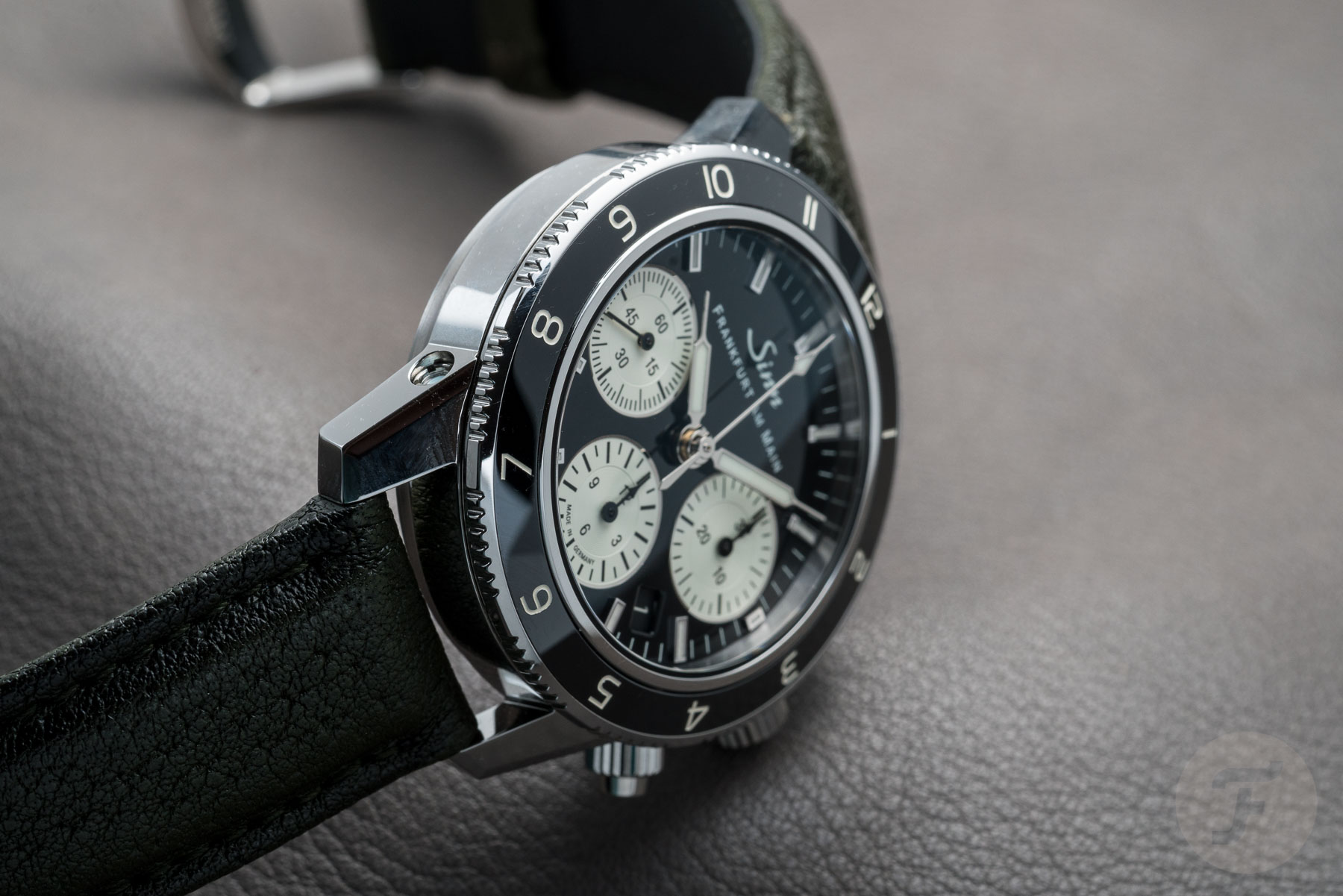 Availability of the Sinn 103 Classic 12

The backside has the commemorative engraving regarding the 60th anniversary of Sinn SpezialUhren. There will be only 600 pieces of the Sinn 103 Classic 12 and all are individually numbered. The price is set to €2,850 including VAT. Sinn includes an additional strap. One strap is made of black cowhide with an alligator grain and the other is a dark green wild boar strap. Oink! Delivery is estimated to take up to 9 weeks.