Are you in with this tritium Sinn for €2,699?
Michael Stockton
comments 11
Share
Wrist Game
Crying Shame

Greetings, fellow readers! Wrist Game or Crying Shame is here to provide some relief from your fun in the sun with a look at the Sinn 103 St. Before we get to that…

Last week, I took you back to a very different time. This was the era when IWC worked with Porsche Design and, oh boy, did they make some real doozies. One such example was the Ocean 2000. This was an incredibly pricey example, but you folks voted on the watch design itself, and wow did you gush. 62% of you wanted to fire up this Porsche and run through the gears because you found it a Wrist Game. Let’s shift gears again and move onto a watch from a somewhat related brand. The Sinn 103 St is now in focus. 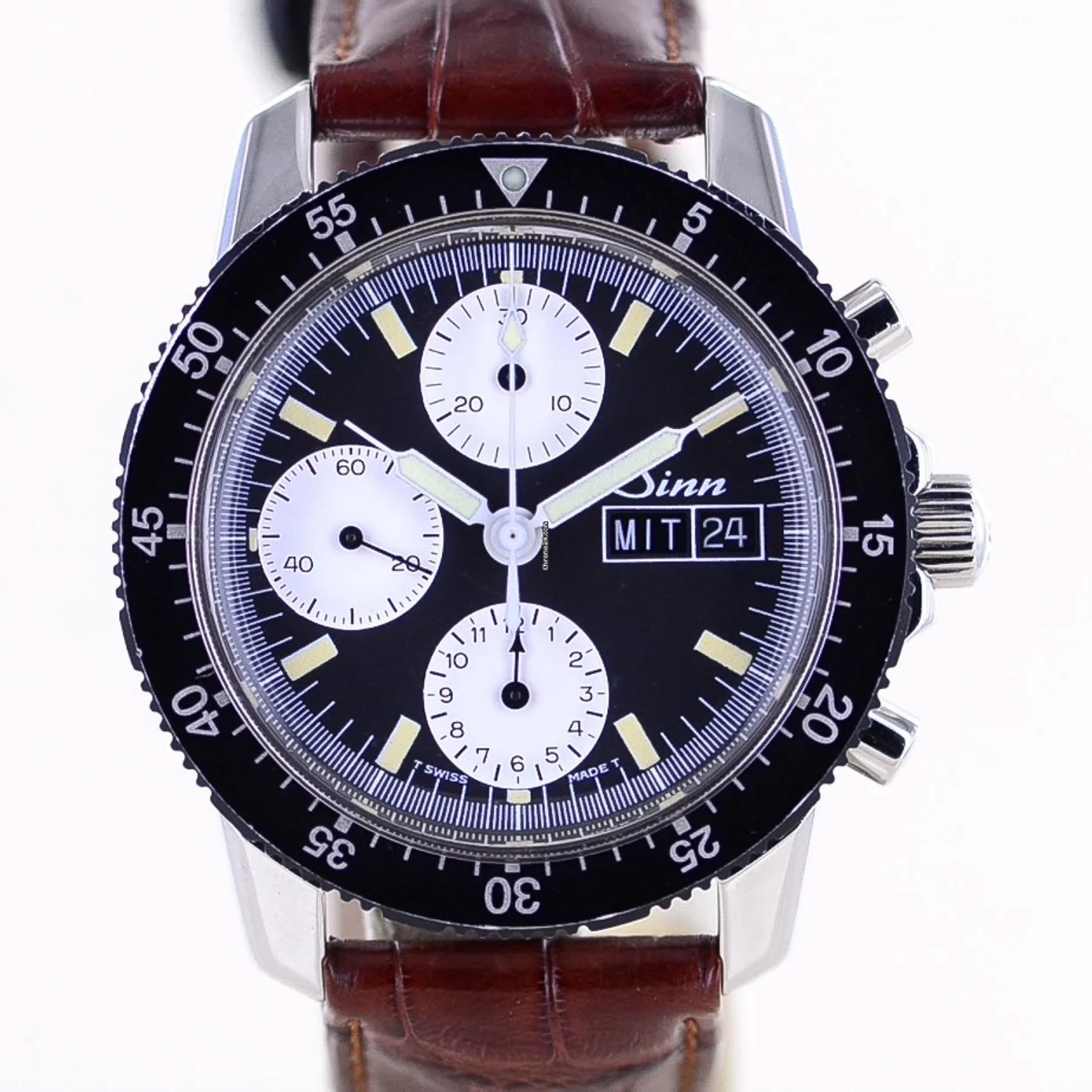 I think that most of you know I live in Frankfurt. Amongst the litany of boutiques and AD’s in the city, the financial hub is also home to a fairly popular watch company. Sinn calls Frankfurt home and that made them interesting to me. I still remember traveling to their former headquarters in the suburbs where the entire lineup was on display and available for perusal. I was fairly overwhelmed by the large selection and, honestly, a lot of them looked really good! At that time, though, I was firmly into chronographs, and that ultimately led me to the Sinn 103 St.

I’m a real sucker for classic chronographs and the Sinn 103 St easily fits that description. Before we get into the watch, though, I discovered on this high informative site that the 103 first debuted back in 1966. The watch used a case that looked rather familiar. Watches from Jaeger, LeCoultre, Matthey-Tissot, and others used the same strong-looking case. With thick lugs, a black rotating bezel, and syringe hands, these manual-wind chronographs are rather pricey on the secondary market. 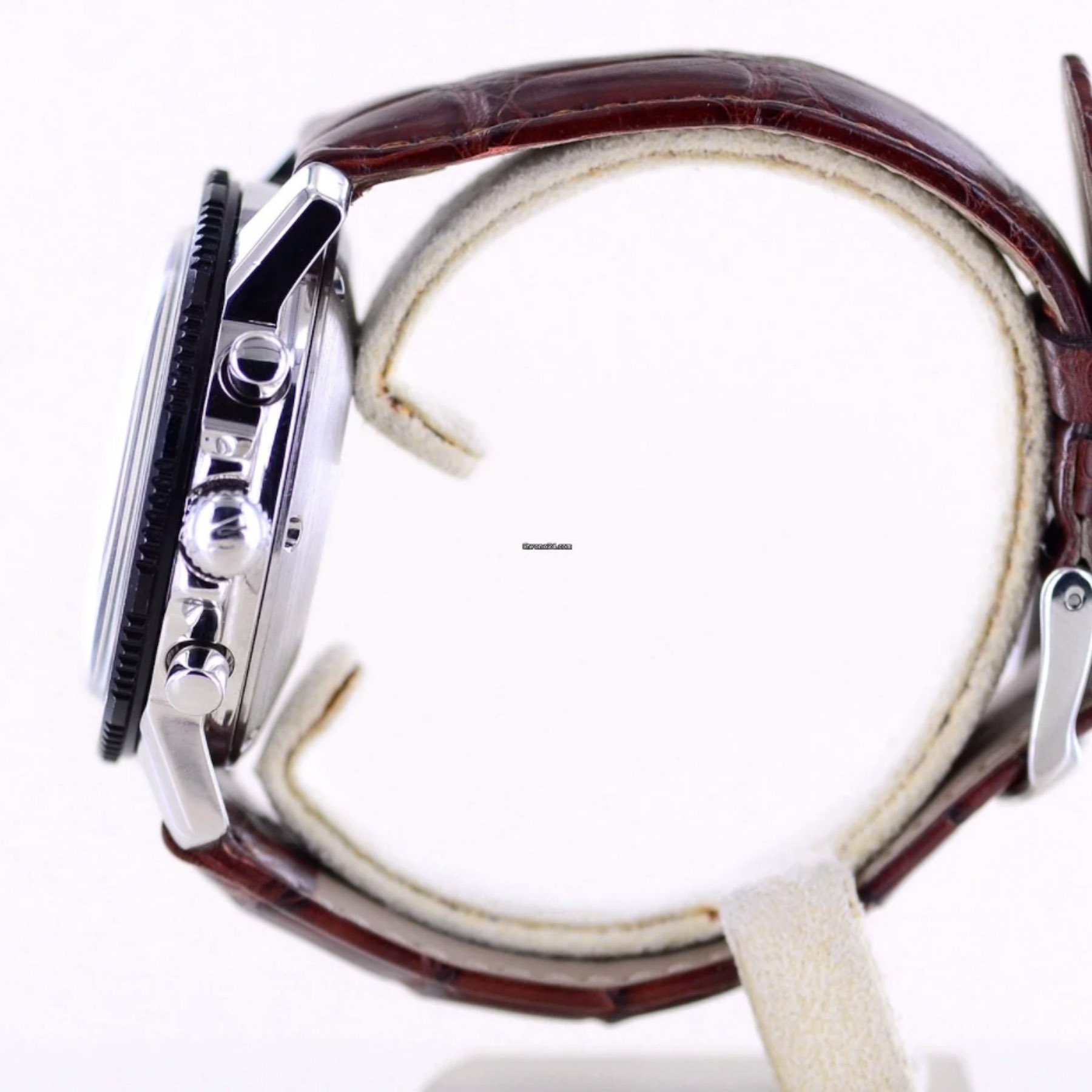 The Sinn 103 St as we know it today first hatched around 1993. Instead of a manual movement, though, these pieces used the Valjoux 7750 automatic with both day and date display. Sinn kept the luminescent Arabic index numerals and the syringe hands. The black rotating hour bezel also made a return. As far as changes, the watches are good for a rather whopping 200 meters of water resistance and feature small crown guards and a screw-down crown. A couple of dial variants were available in this early format such as an all-black model and a reverse panda.

Now, I didn’t end up buying a Sinn 103 St about ten years ago, but I was close. The lumed indices were really attractive to me and the comfortable, but imposing 41mm watch looked purposeful. What I liked about it most, however, is one of the most endearing traits that a watch company can bring to the table. Namely, this version of the 103 has a seriously domed acrylic crystal. Folks, that wasn’t common more than twenty years ago and it certainly isn’t common today. 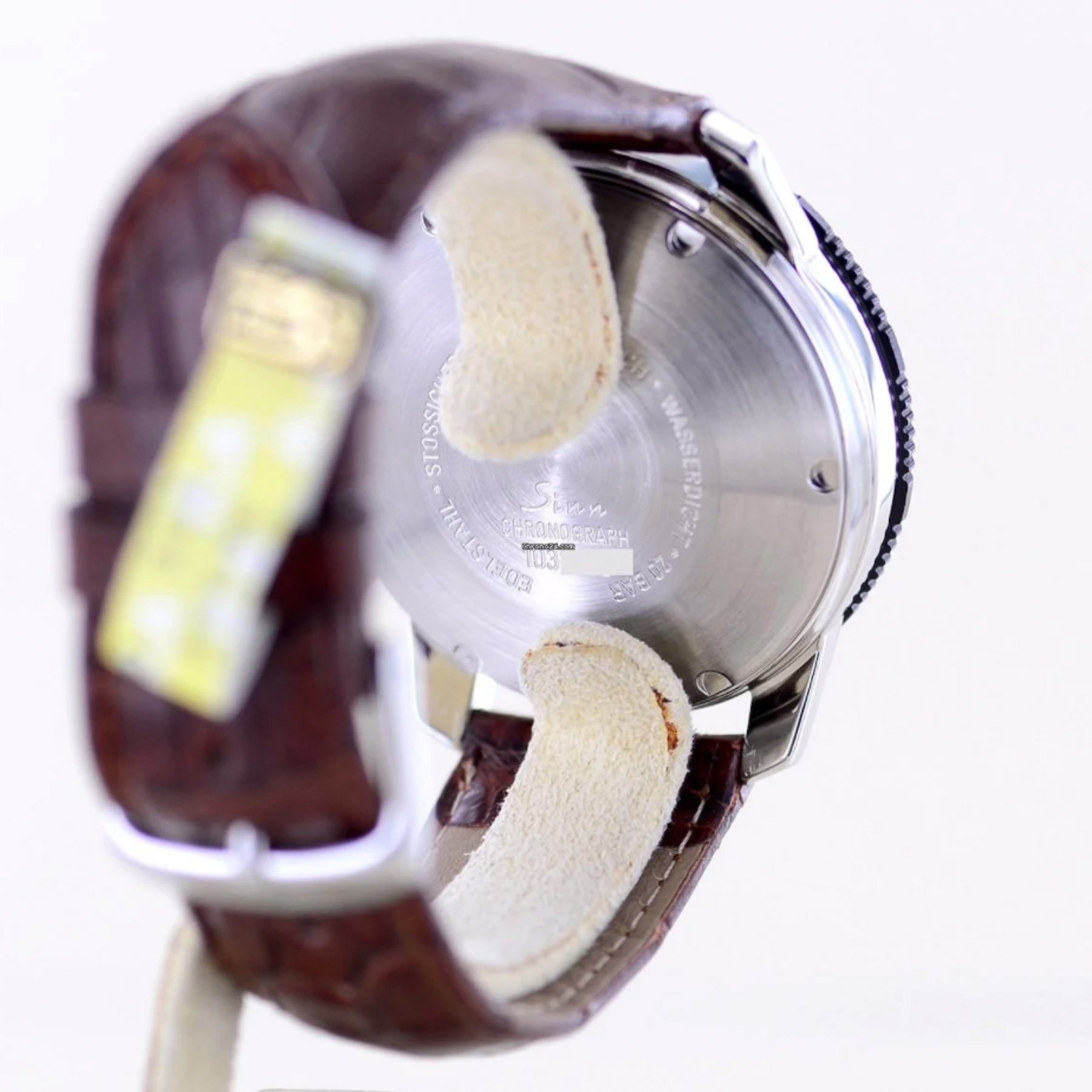 A relative bargain back in the day

I chose not to buy an all-black Sinn 103 St simply because I bought the limited edition 103 Tachy chrono instead. It also had an acrylic crystal and was similarly priced at around €1,250. These days, the 103 costs somewhere around $2,000 in the USA, so prices have increased. Still, despite my general dislike of the 7750, this is a really great-looking watch. Could there be something better? 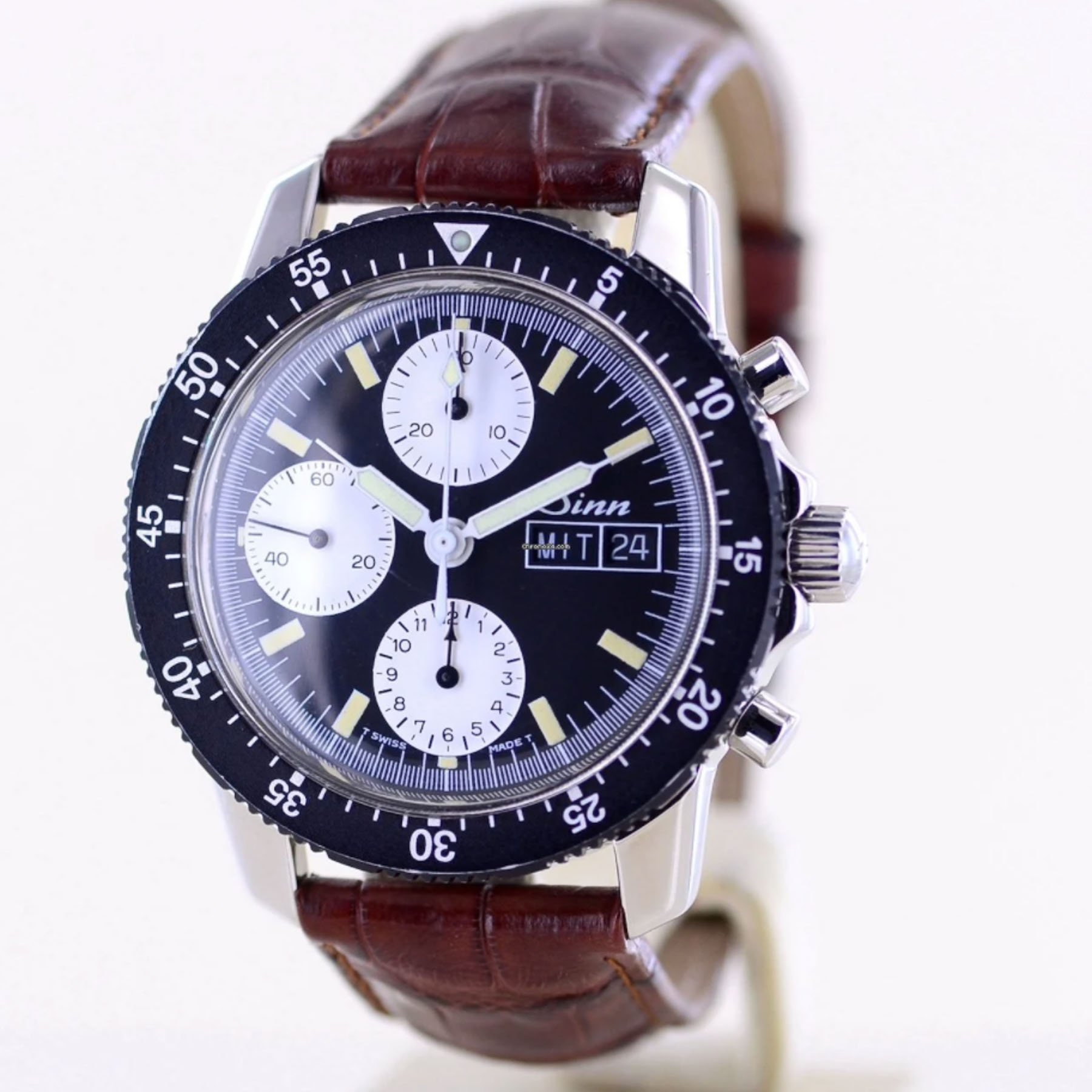 It turns out that the modern run of the Sinn 103 St came with tritium lume on its dial and hands. These days, the watches seem to garner a premium and they also happen to look really good. I happened to find a rare reverse panda version on Chrono24. The watch and pictures are owned by Uhrenkapital in Germany. This watch is sold without any of its original packaging or paperwork, but it looks like it is in lovely shape. The price, however, is somewhat higher than a current 103 at €2,699. Then again, this is rare, in nice condition, and still relatively approachable versus current chronograph models. Plus, this watch has a bit of character.

I will ask you to vote on this Sinn 103 St, but I wrote about this watch for a greater reason. We should be thankful that reputable brands still make enthusiast pieces like this with glorious acrylic crystals. Let’s see if that fact is enough to celebrate this earlier model.