Speedy Tuesday: Interview With A Collector On His 1985 Speedmaster

Speedy Tuesday is about sharing the passion for Speedmasters. No more, no less. Whether you have one Speedmaster or three dozen (or more), the collector’s lot centers on their love for the Speedmaster watch.

I like to hear stories about Speedmasters. What triggered someone to buy a certain Speedmaster or a Speedmaster in general? Every time I see someone wearing a Speedmaster, I am not too shy to ask about his or her watch. Without exception, there’s always a story to it. Whether it was passed down, or Moon landing related, or simply a gift for a graduation, all the people I have asked about their Speedmaster know exactly what they are wearing. And, best of all, they know why. 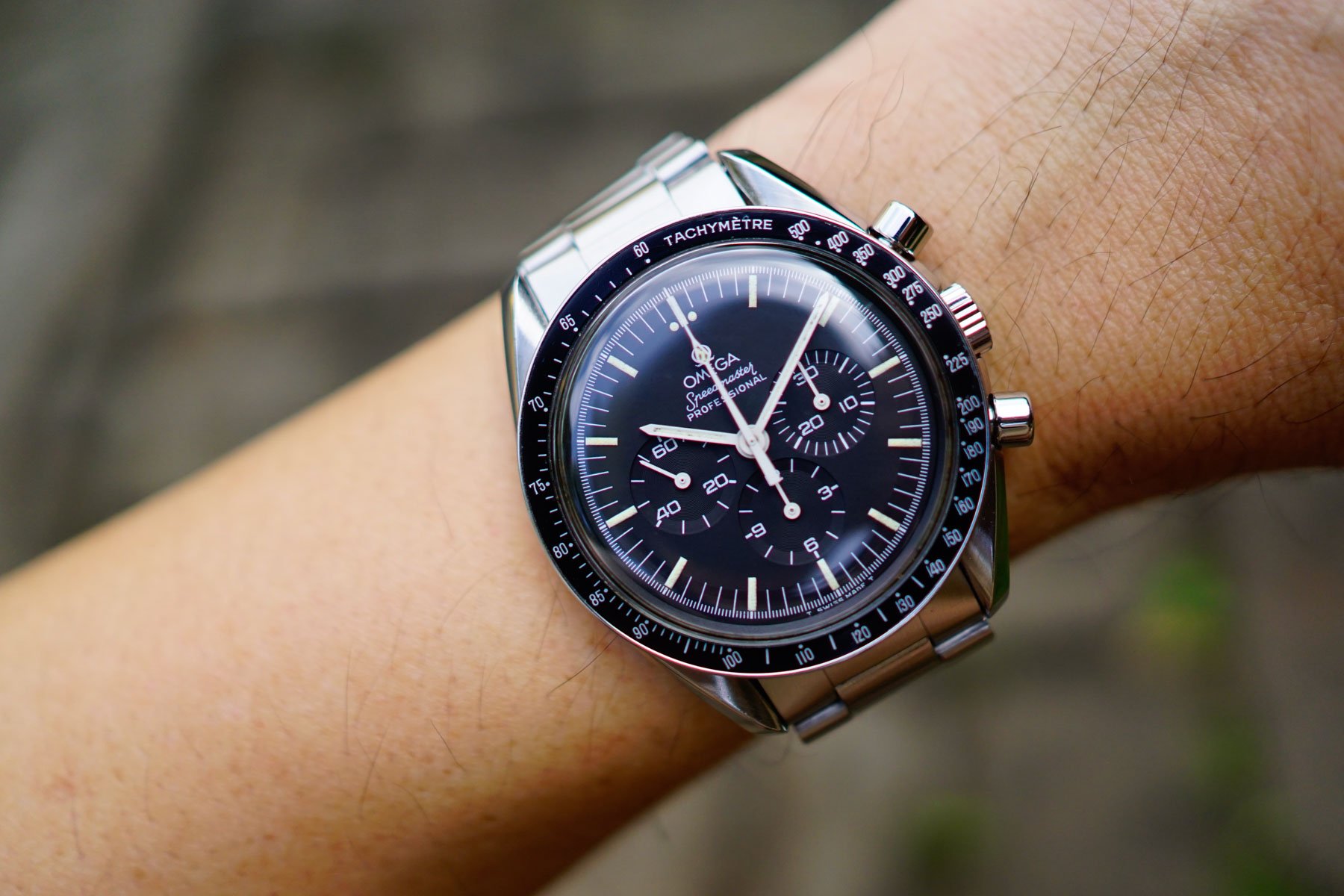 Today we feature the story (and interview) with Ruby. He purchased a Speedmaster “Mustache” from 1985. Why Mustache? Because of the long “S” and long “R” in “Speedmaster”.

Our reader Ruby just became the proud owner of this Omega Speedmaster 145.0022 from 1985. Ruby has been a long-time reader of Fratello and a particular fan of Speedy Tuesday. We featured two earlier stories with him, on his Speedmaster Mark 4.5 in NOS condition and recently updated his article on the currently “hot” Speedmaster  3592.50.  Today, it is about his Speedmaster 1985. 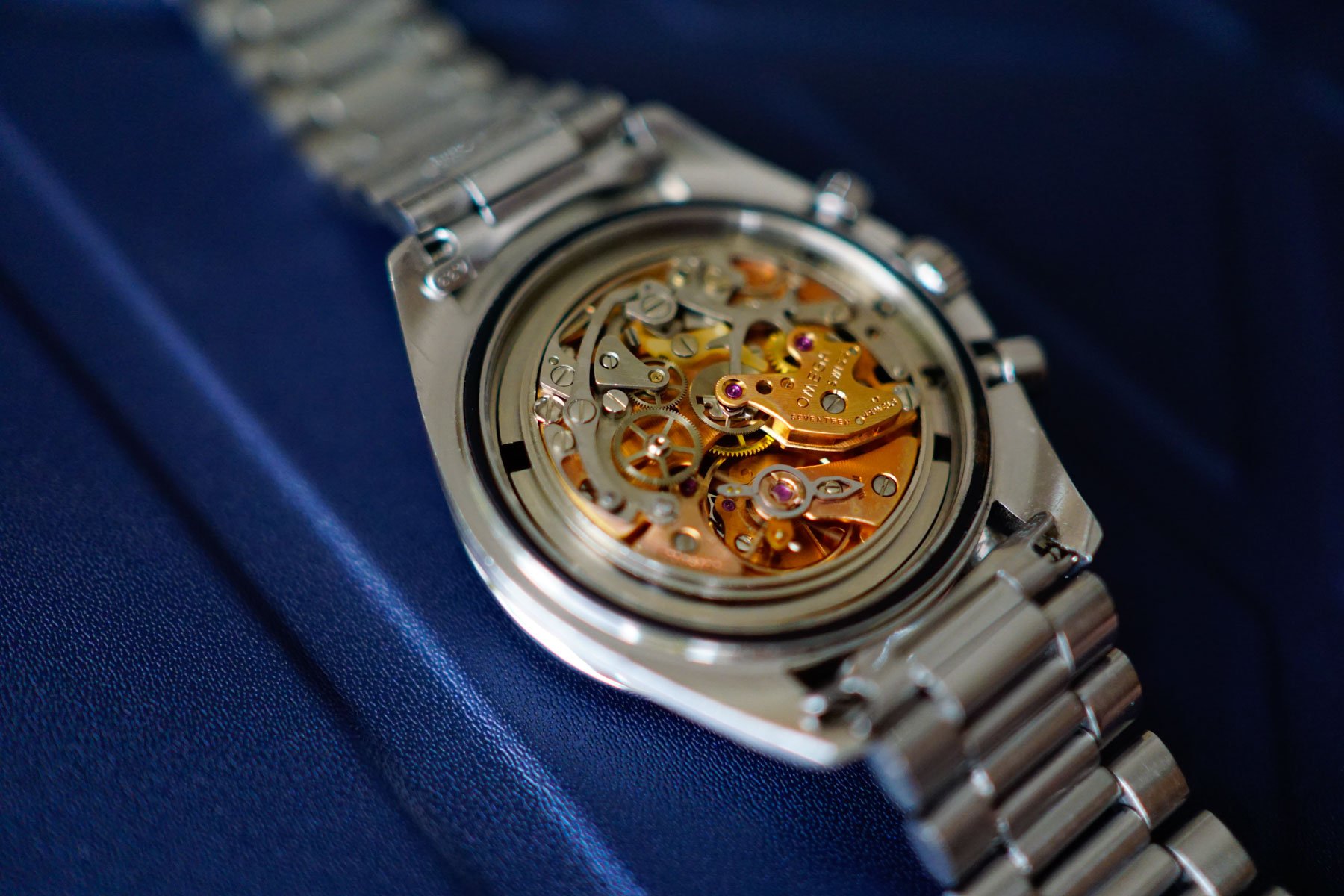 Ruby explains that it wasn’t until a few years ago he learned about caliber 861. He decided he wanted to go for the reference 145.0022 from the 1980s. Besides Speedmasters, he mostly collects vintage watches. To Ruby, the condition is key, so it was important to find one in the best condition possible. 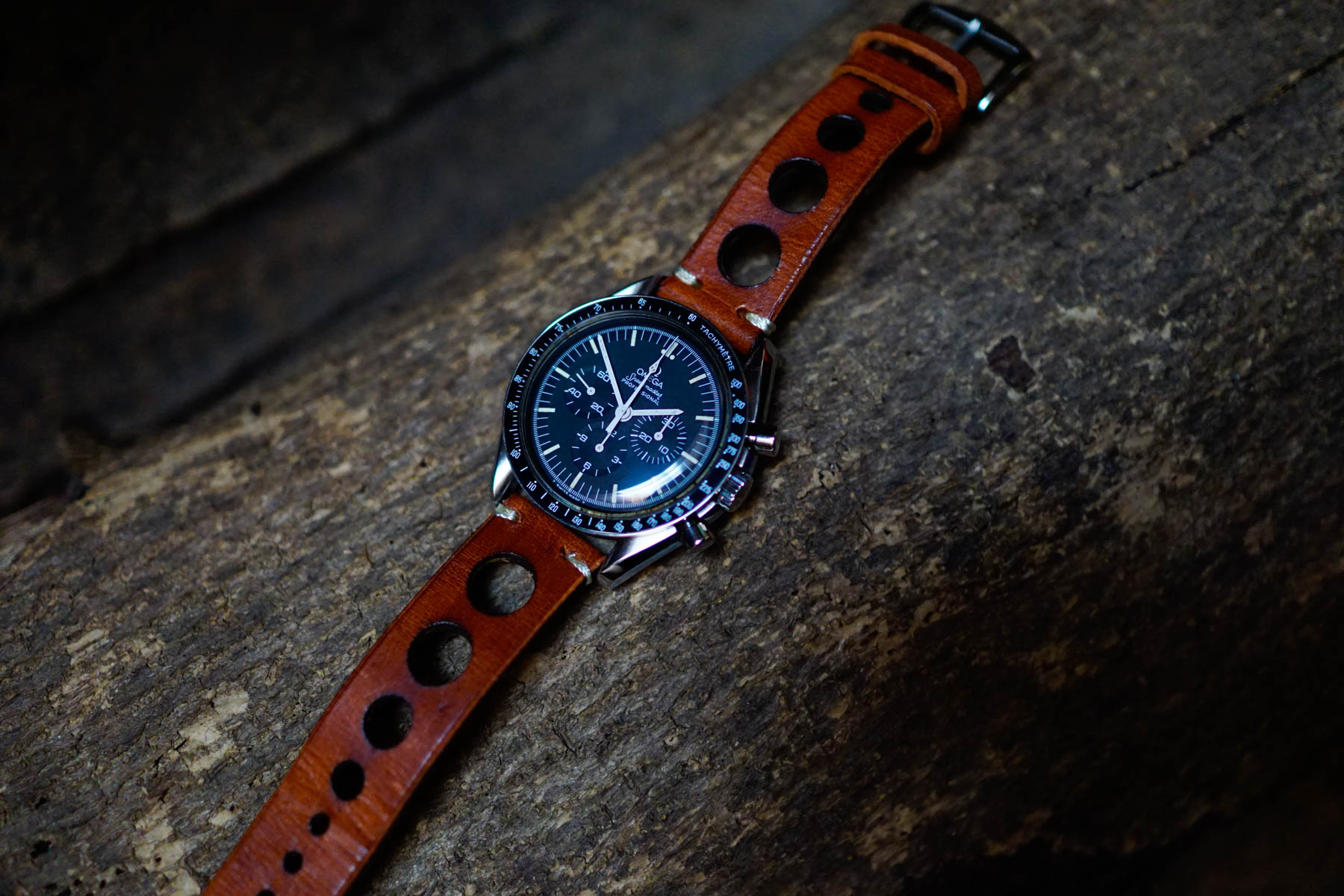 The love for Speedmasters

FW: Ruby, can you share with us and our readers why you love Speedmasters?

R:  Sure. Because it has the history as NASA’s official chronograph. It was used in space and on the Moon, after passing the rigorous tests in 1965. Apart from that, I simply love the design of the Speedmaster.

FW: What is it you love specifically about this Speedmaster from 1985 with caliber 861?

R: It is very similar to the watches that were actually used in space and on the Moon during the Apollo era. I love the flat dial, tritium hour markers, and “T Swiss Made T” printed on there. It has become the signature of a vintage Speedmaster, in my opinion. Also, the case is thinner than the modern Moonwatch and it fits better on my wrist. It comes with the 1171 bracelet with 633 end links, which also has this vintage appearance and feel to it. 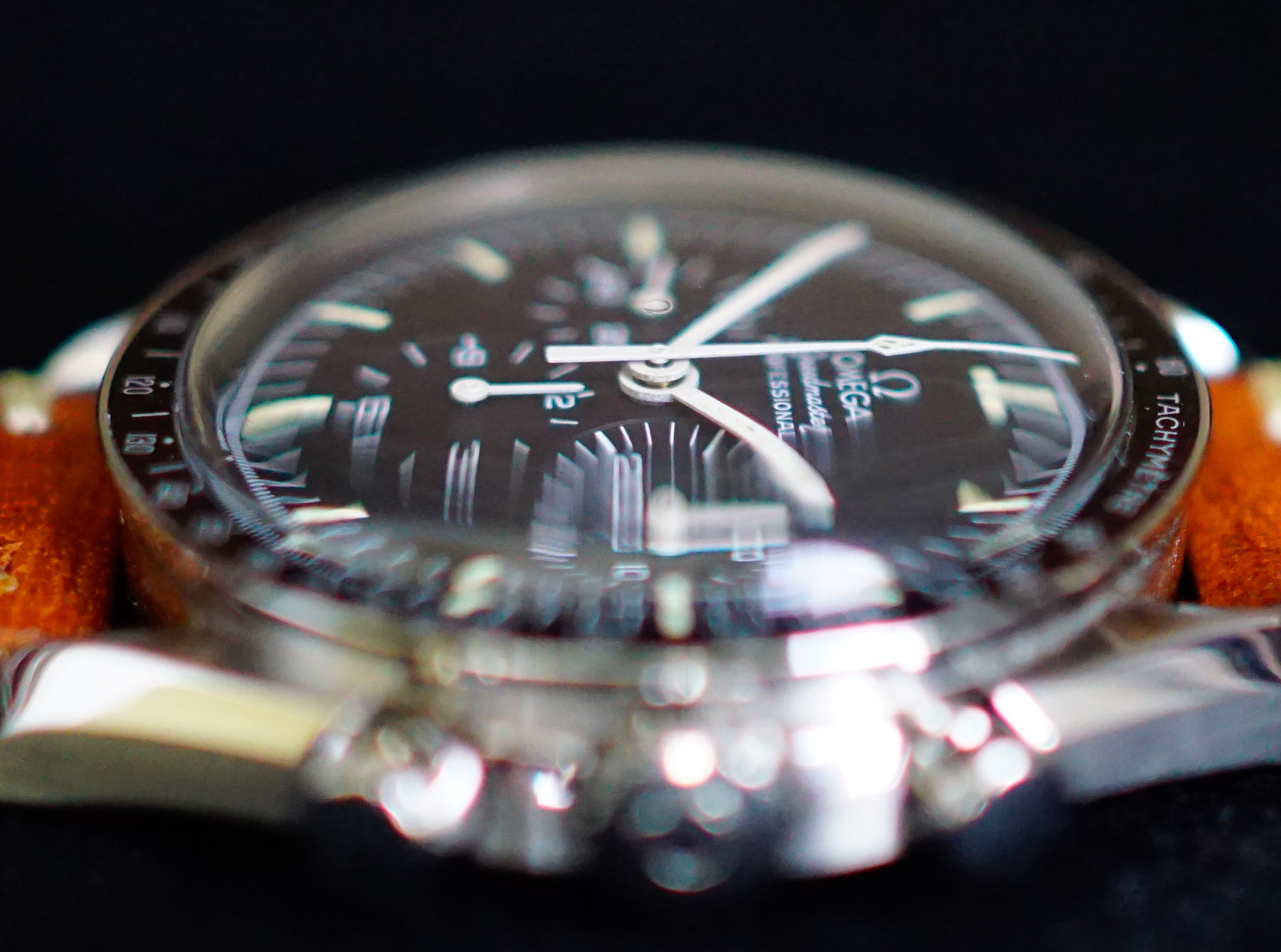 Then, there’s the 861 movement. An incredibly reliable chronograph movement and also very affordable, compared to the caliber 321 models. I have been looking at the 321 Ed White, but it is simply too expensive for me. So, I wanted the best of what I could afford, and the Speedmaster 145.0022 with caliber 861 ticked all boxes.

FW: What many people always like to know from us, is where to look for such a vintage Speedmaster. So, where did you find yours? 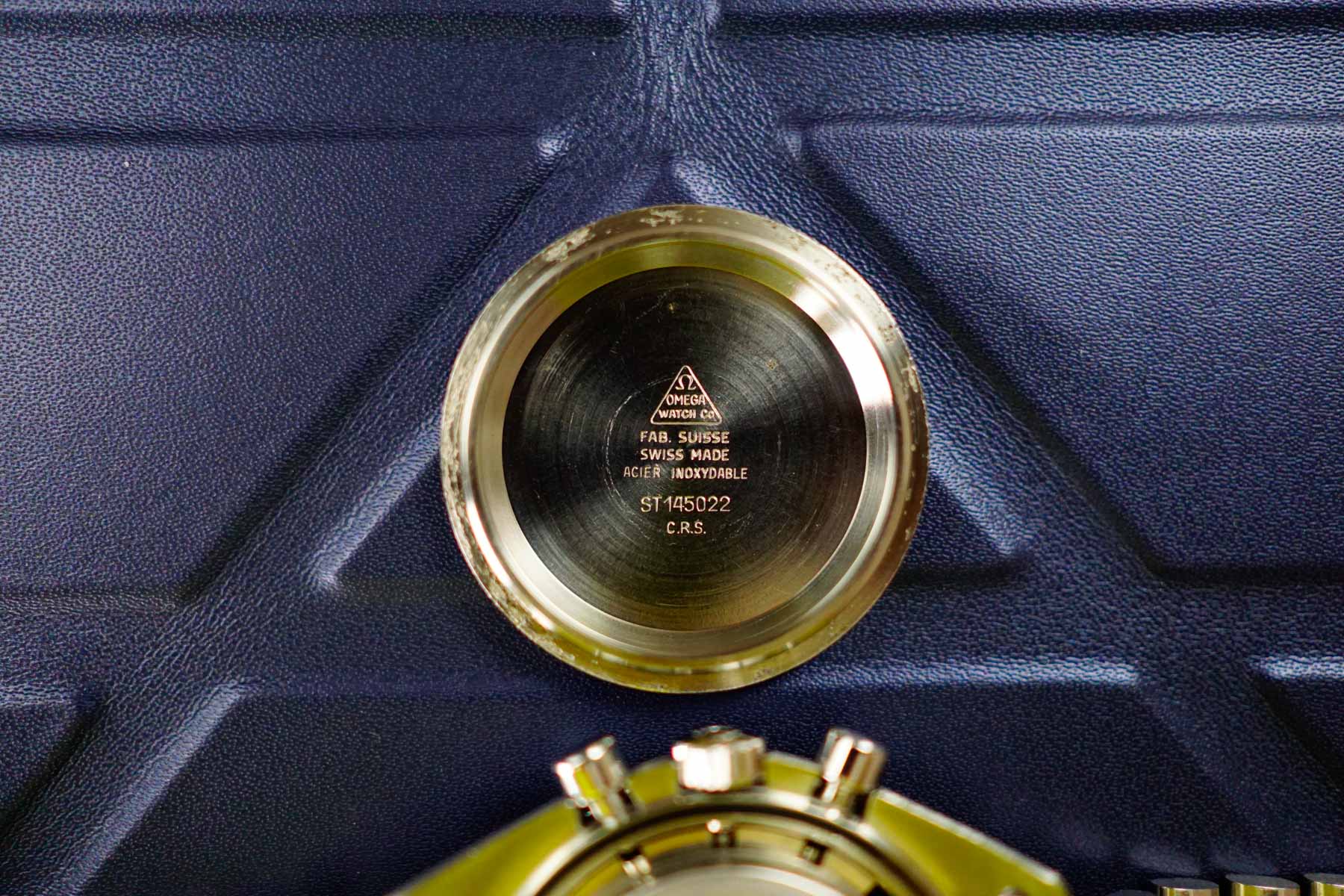 FW: Do vintage Speedmaster watches appeal more to you than modern ones?

R: I prefer vintage watches, not only when it comes to Speedmasters. I love that these vintage pieces often have their own stories. If only they could talk! Also, the details are often different from the more modern models. And, also important, these vintage Speedmasters become naturally “limited” due to time passing by. They become more and more difficult to find, whereas a modern “limited edition” is a bit more artificial in that regard.

But, to each his or her own, of course. For me, it is also the fun in hunting one down. Even though you have your money ready, you need to do your homework and research. Which is for me part of the joy. It took me four years to hunt for a Speedmaster 145.0022 like this. I only want to settle for one in mint or near-mint condition. 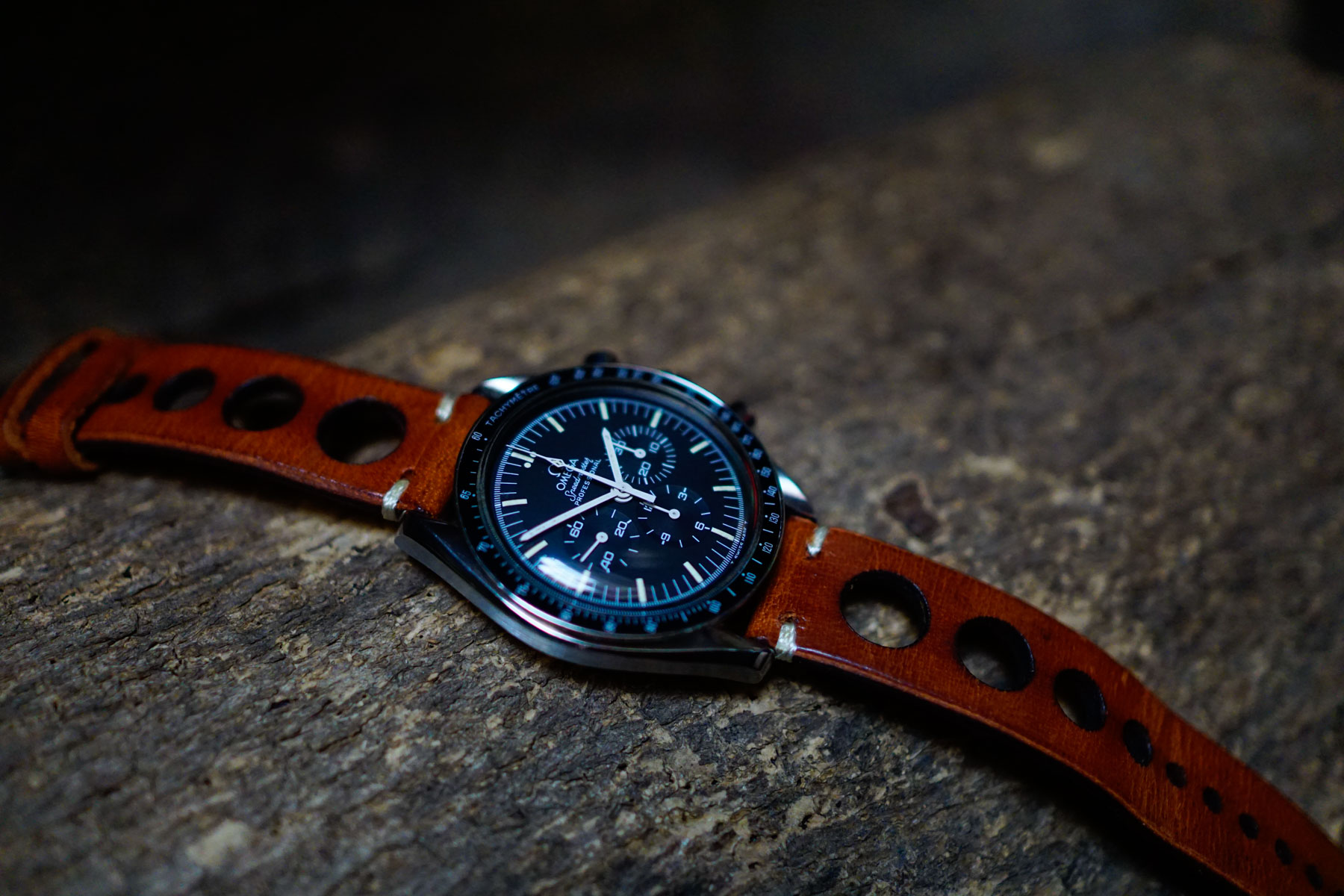 FW: Last but not least, what is your grail Speedmaster? 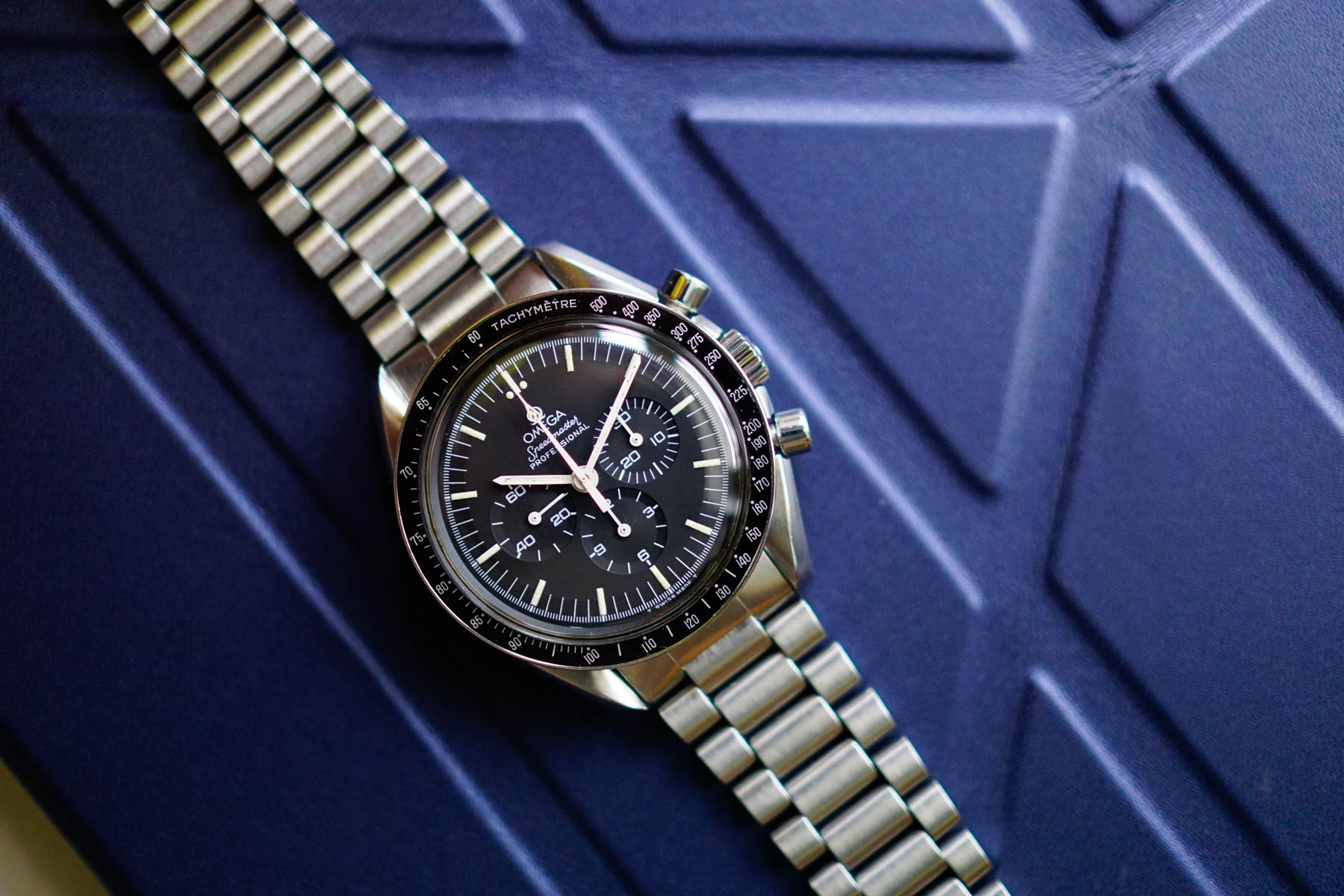 FW: Thanks for this interview! I am sure we will see you back!

Do you want to share your story on your Speedmaster or Speedmaster collection? Just reach out to us, via [email protected]. Our other Speedy Tuesday articles can be found here.