Summer Splash: What Is The Best Summer Watch? Quarter Finals — Aquadive Vs. Sinn

Rob stares down Lex in a battle of color vs. texture...
Rob & Lex
comments 32
Share

Hopefully, you enjoyed my “slightly” tongue-in-cheek mea culpa from yesterday. But the time for masking my corruption with light-hearted nonsense is passed. It’s time for things to get serious. In the first of four quarter-finals scheduled over the following week, Sexy Lexy takes on Bobsled Bobby (whose heart of ice is melting in this late summer heat) for a place in the last four. Their champions? Stolk commands a low-key cool Sinn chronograph while Nudds marshals his “NON-LIMITED” Bathyscaphe in this round. Let “splishy, splashy” battle commence.

Let’s kick things off with my, Bobsled Bobby’s, offering: an incredibly misleading image of a limited, sold-out watch that ISN’T ACTUALLY WHAT I’M TALKING ABOUT. I really hate myself sometimes… 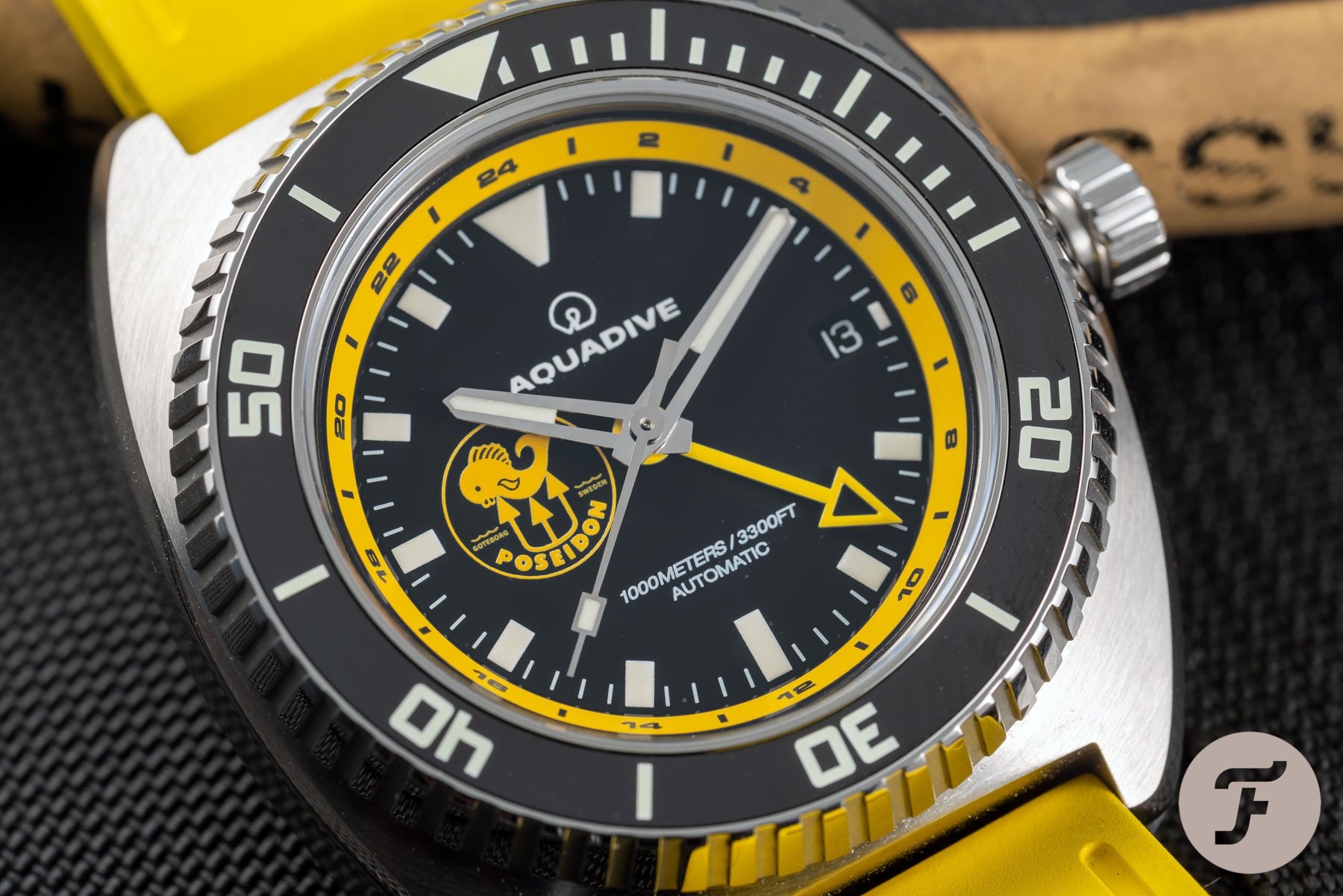 Okay, I’m using the images of my own limited version of this serially-produced timepiece because, quite frankly, they’re a million times better than anything anywhere else on the interwebs and therefore more representative of the quality of the piece we’re discussing here. The regular model is the same, but without the Poseidon branding. In many ways, therefore, it is a cleaner design. It is totally arguable that the core model is “better” because it is a little quieter (and therefore perhaps more versatile). 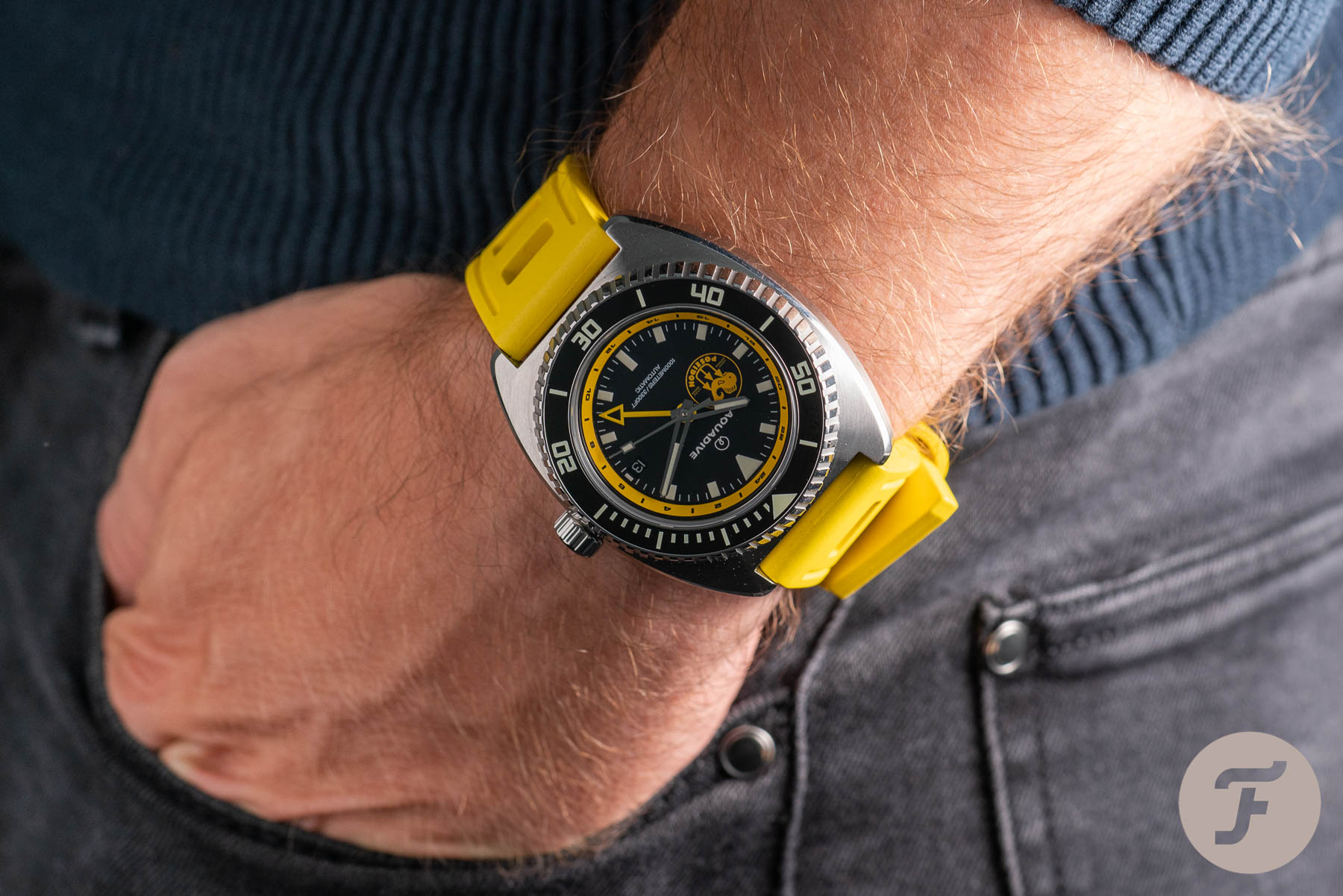 The truth of the matter is simple: if this watch feels good on your wrist, I’m confident you’d fall in love with it quickly. That is not to say, however, that it is for everyone. I think it looks fine on my wrist but plenty of people think it wears like a brick on me. If you, like me, have a 16.5cm wrist and a pronounced ulna styloid this slab-like C-shaped case might not be for you. The best way to find out, however, is to try one on for size. 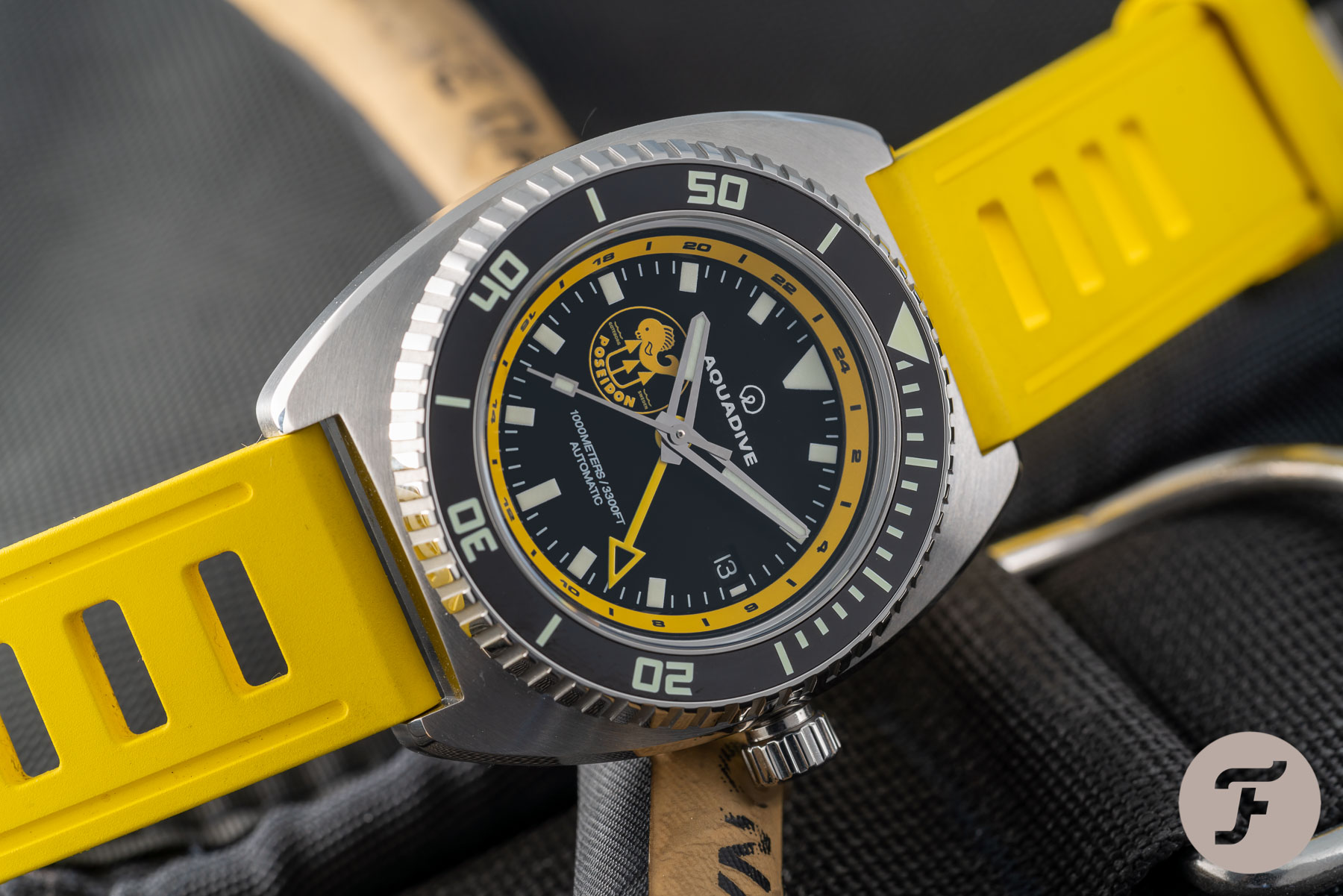 “C-shaped” cases are an acquired taste for most and a taste that can never be acquired by some. Slightly softer than a classic tonneau, they are nonetheless uncompromising in their looks and wearability. They reek of the 1970s (in a good way — think early ABBA after a long shower). They have somewhat odd proportions. Unusually, they tend to be tall and “short” at the same time. By that, I mean the watch stands up on the wrist (tall) but has a compact lug-to-lug (making them “short” watches as opposed to “long”). This means that without the right strap, the watch could easily perch on top of your wrist like a watchman’s tower. So what am I, an avid lover of unapologetically gamesmanship going to do with that knowledge? I’m gonna cheat a little bit. 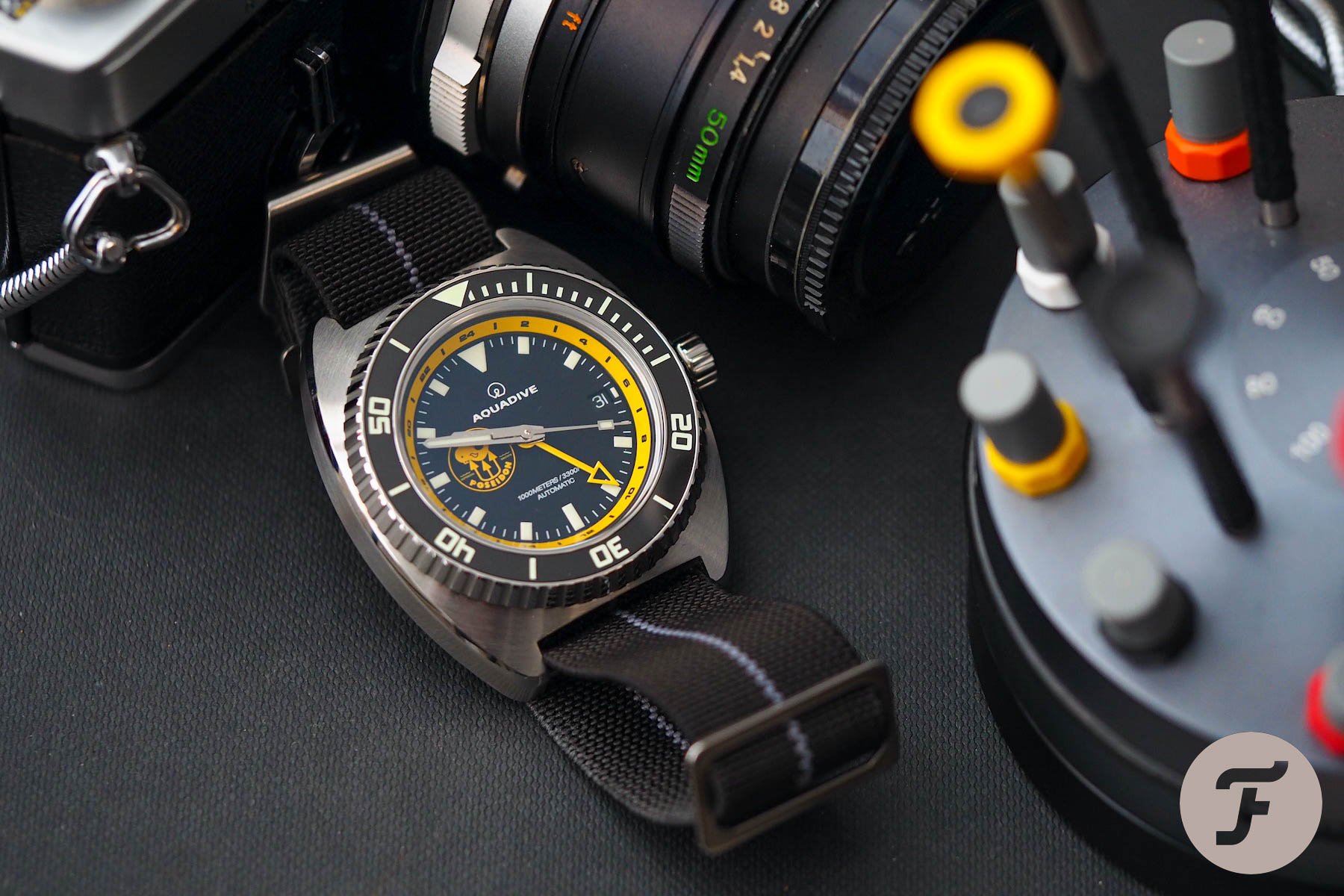 Yep, I just can’t stop messing with you. Through a mixture of sheer incompetence and reckless intent, I’m bending the rules to appeal to the masses: I’m pairing my entry with a muted Erika’s Originals strap. The Dutch “wonder-weaver” (as I’ve been calling her for the last two seconds), is a great go-to for flexible straps that suit a variety of situations. These elasticated wristbands are available in a host of color combos and with (good quality) buckle engraving. Many imitations exist at much cheaper prices than the reasonable RRP Erika asks for, but I still buy from her. Why? Provenance is everything. And, so it would seem, is my megalomania.

But think about this watch in practical terms: it’s tough, it’s 1,000 meters water-resistant, it’s fitted with a GMT, and it screams summer on whatever strap you choose. I really do think it deserves to win. I hope you do too. 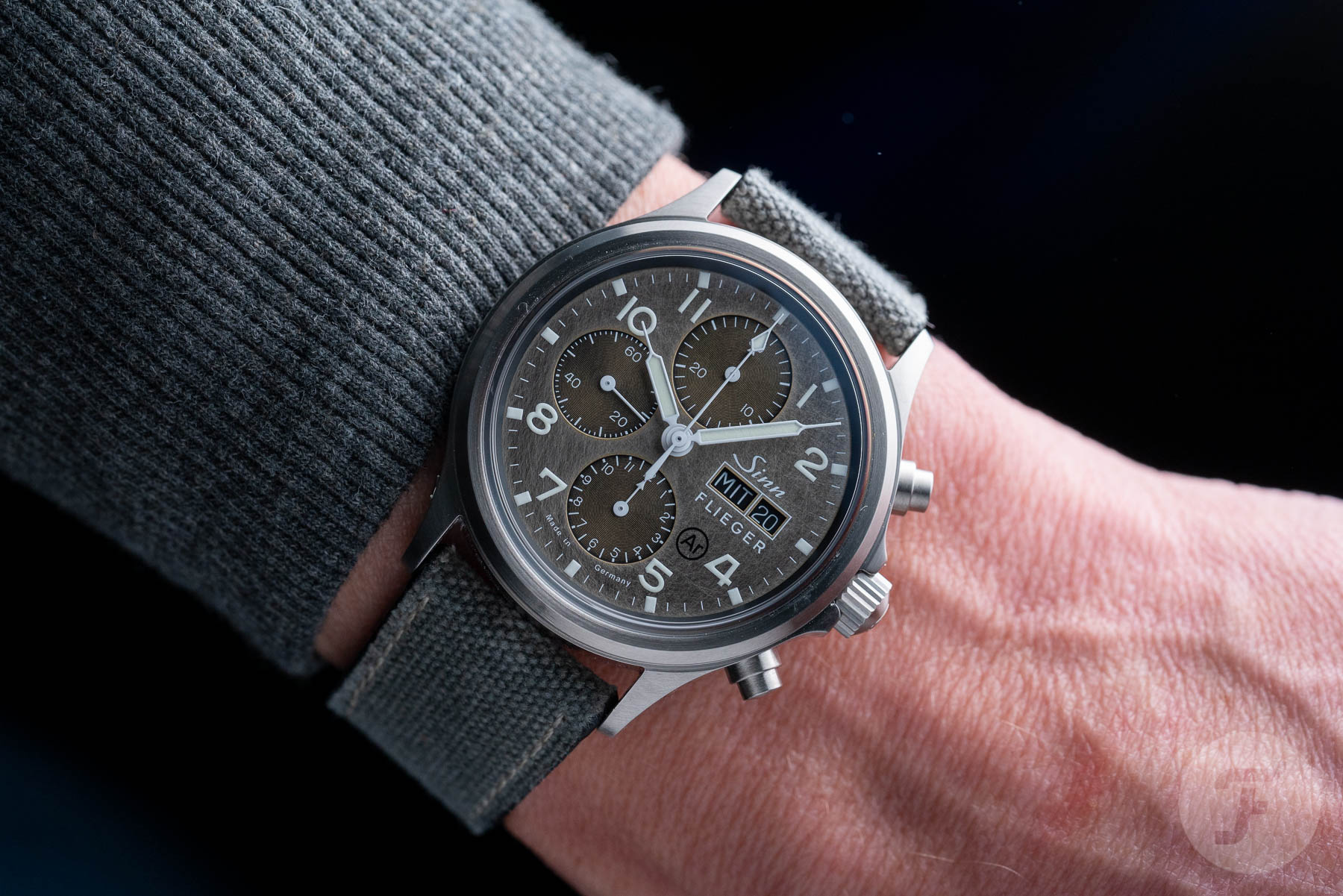 Lex Stolk has Entered the Building — The Sinn 358

He’s awful, isn’t he? “Ultra-Gimli” strikes again with his body of weird proportions – he tried to explain to me in Geneva he has the body of a special forces soldier, I kid you not – and garish watches of poor taste. Honestly, sometimes I wonder if he wears those pieces because he’s trying to distract us from the rest of his vivid ensemble. 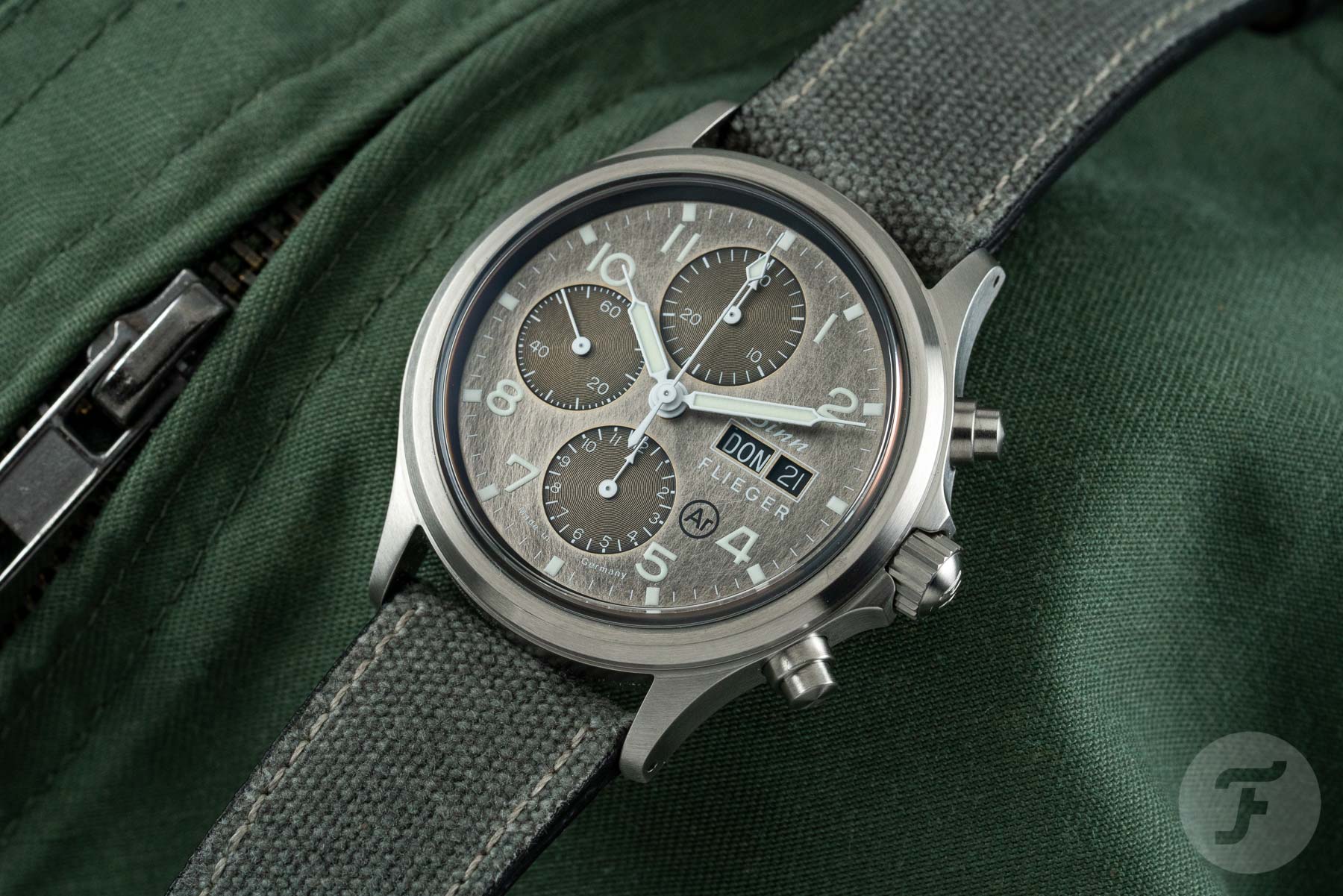 In all fairness, I don’t mind the Aquadive Bathysphere 100 GMT at all. I even like the one Rob is supposed to be showing you instead of his (suddenly juiced) limited edition model I feel gives him an unfair advantage. Unfortunately, this competition seems to be descending into a “Nuddsocracy” so why bother complaining? 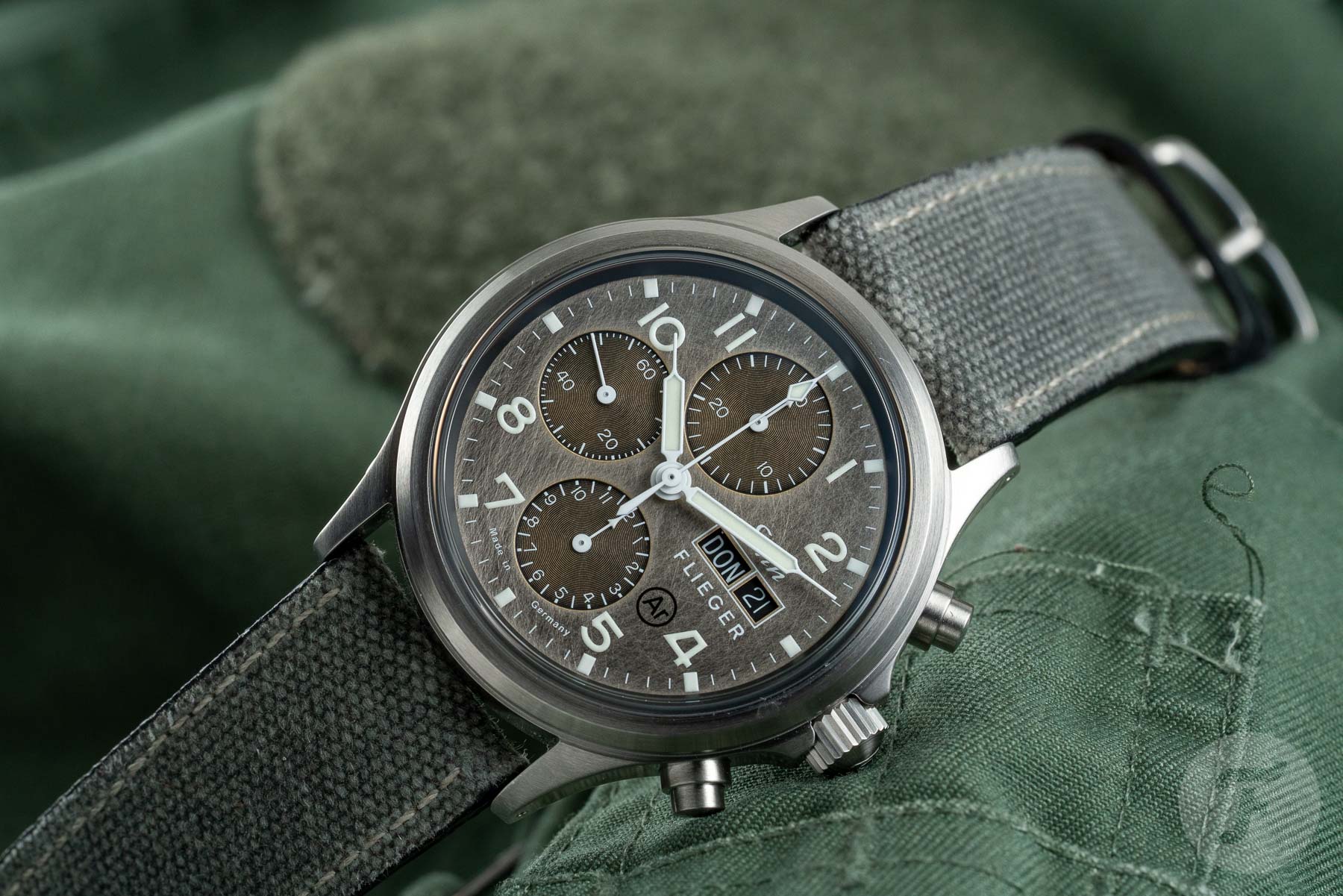 The thing is, it’s just not as good as the surprising Sinn 358. And when I say surprising, I mean it. I wore this watch for a few days and literally felt my feelings toward it shift with every passing day. At first, I was relatively apathetic towards it. I was never unimpressed with Sinn’s uncharacteristic adventurousness (the Frankfurt am Main brand is known for quality rather than wild strokes of creativity, after all). This take on a distressed Flieger-style chronograph that kept things less unappealingly “authentic” than Laco and more aesthetically compartmentalized was at least something. I didn’t know what that something was until I’d fallen for it (hard). 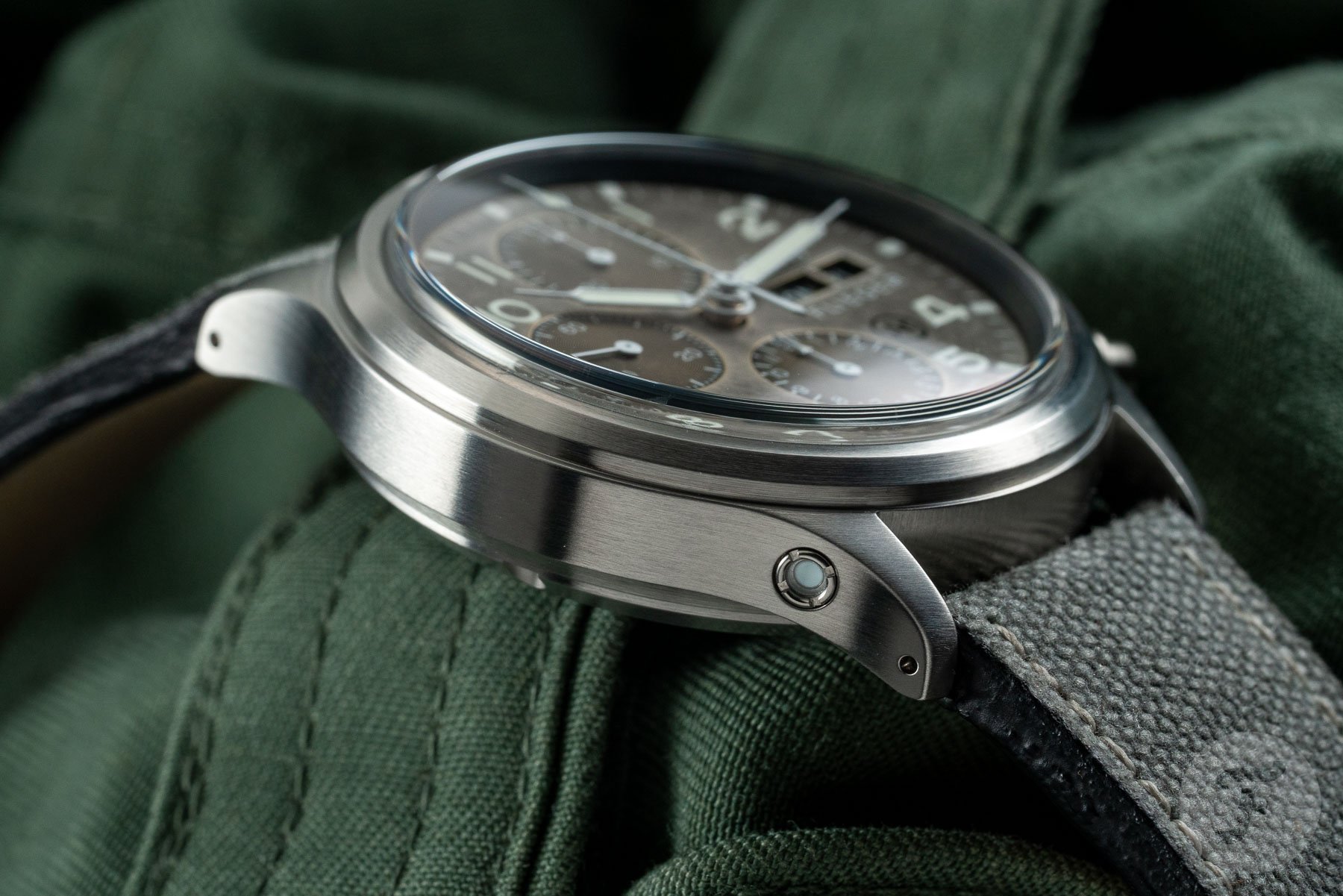 By the end of my time with it, I’d come to the conclusion that it is not only an excellent watch, it might be both the best modern Sinn in the catalog and also the best watch of its type (especially for the sub-5K price point). It is demure enough to work as a daily beater, rugged enough to not care if you ding it here or there, and certainly interesting enough to have a conversation or two built around it. You could have guessed I have a thing for boring after reading my piece about the IWC Doppelchronograph Ref. 3713 – and there’s even a series of  “boring but brilliant watches” due in the near future. And this Sinn sure is borderline boring. What can I say? I embrace the dullness, and so should you. 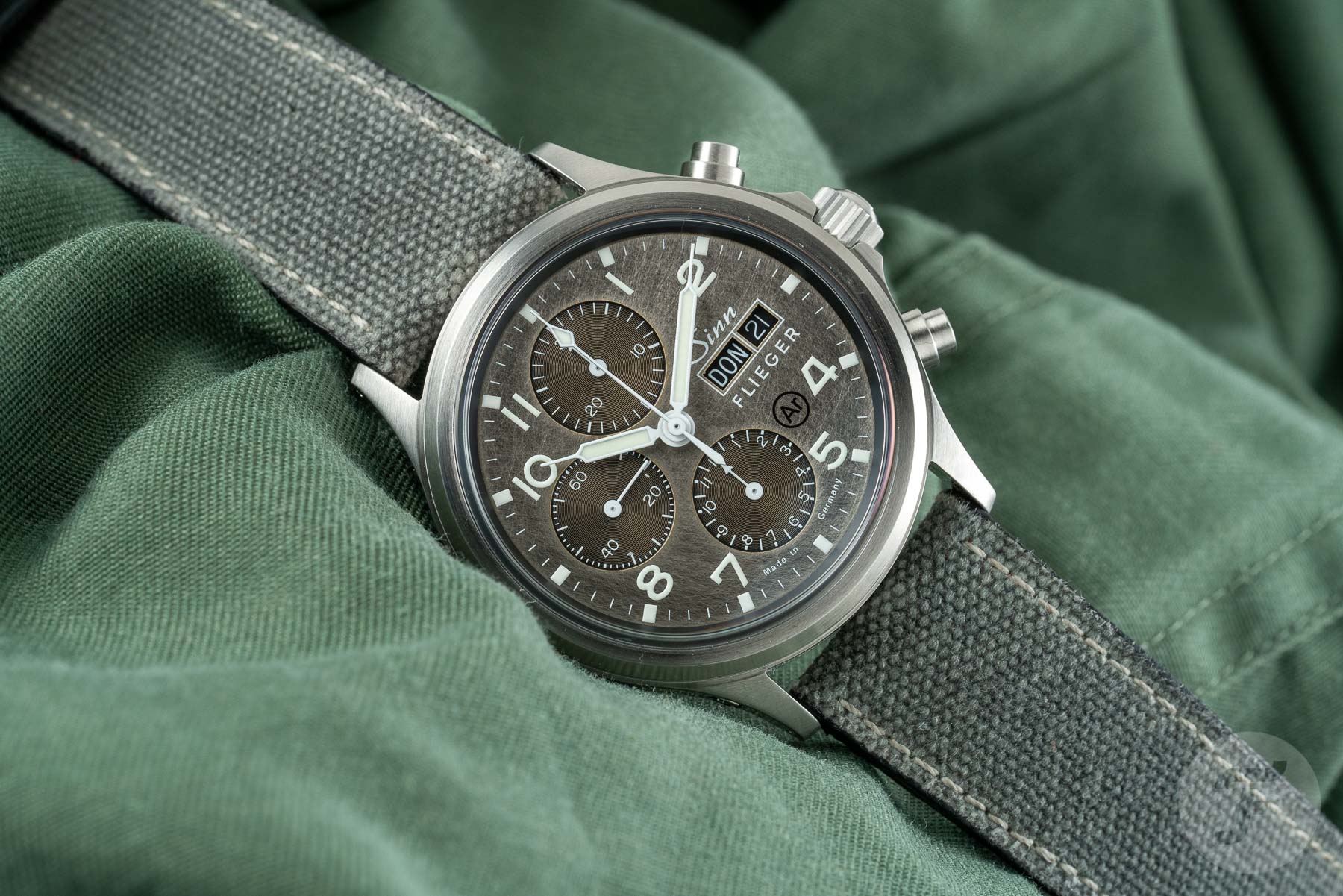 What Bobsled Bobby sometimes fails to appreciate (which is bizarre considering he’s from a city that regards a slate-gray sky as “t-shirt and shorts weather”), is that summer isn’t all about crazy bright colors and sunshine yellow. It’s about relaxing, taking your time to enjoy the finer things in life. Rob’s choice smacks you in the mouth with its bright styling the moment you see it; mine sidles up alongside you on a country lane and gently takes your hand before leading you to paradise. The vote is yours. I place my fate in your hands. You know what to do.