The Dry Facts About The ISO 6425 Divers’ Watch Standard

What does it mean, and what kind of tests are involved?
Gerard Nijenbrinks
comments 28
Share

Although incredibly boring, ISO standards are highly informative. Unfortunately, to be that informative, they also have to be voluminous and extensive, which doesn’t always make for the most pleasurable reading. Today, we’ll try to explain the critical elements of the ISO 6425 standard for divers’ watches in everyday language.

I first want to stress that an ISO 6425 certified divers’ watch is different than a watch that simply complies with the technical requirements of ISO 6425. The ISO 6425 standard goes significantly beyond technical requirements and specifications. Besides that, it’s essential to know that ISO itself does not certify. ISO produces the rules, but to certify a divers’ watch, you’ll need an independent body accredited by ISO’s Committee on Conformity Assessment (CASCO) to carry out the certification. Many countries have local certification bodies. Examples are Lloyd’s and TÜV, as well as over 1,000 others found through this link. A watch brand stating that a divers’ watch is ISO 6425 certified should indicate which body has carried out the certification, for example, “ISO 6425 certified by TÜV”. 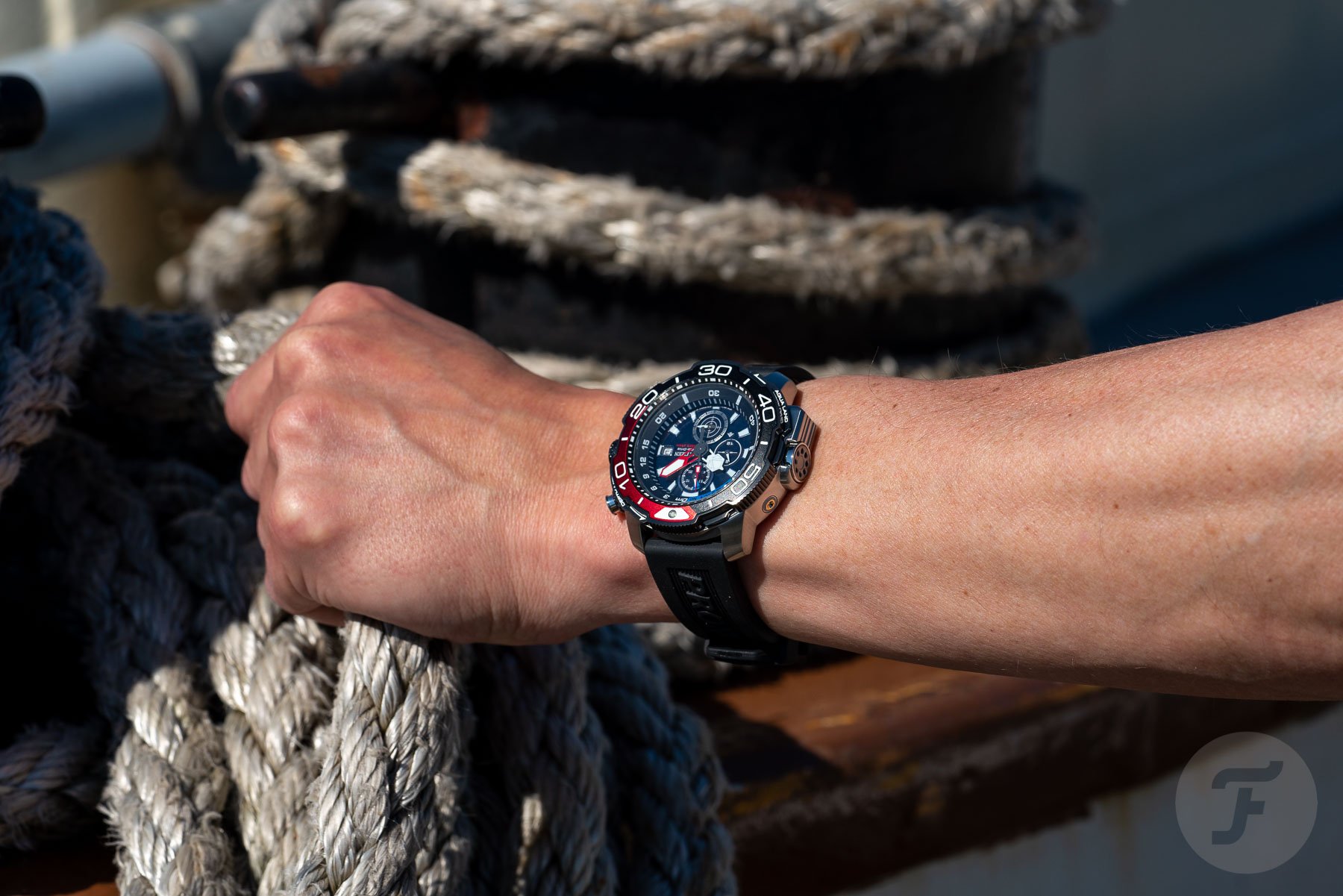 ISO published the first 6425 standard for divers’ watches in 1996. Currently, it’s in its fourth edition, formally known as ISO 6425:2018. As you may have guessed, ISO introduced this revision in 2018. For the sake of simplicity, I’ll use just “ISO 6425” for the rest of this article. Where to start, then? I’ll go through the requirements in the same order as ISO uses in the 6425 standard. This is for two reasons. First, it’s easier for me to write, and second, much of the necessary testing has to follow a specific order.

I intend to explain the critical elements of ISO 6425, so I’ll skip some (mainly theoretical and administrative) items. And divers’ watches meeting the ISO 6425 requirements should also meet horological ISO requirements for magnetic resistance, shock resistance, accuracy, and so on. Those requirements, however, are most likely a story for another day, and as such, I won’t go into them here. I might just make note of the applicable ISO standards at some point. Here we go!

Water resistance of at least 100 meters

What’s the most important feature of a divers’ watch? Exactly — that it should function underwater and shouldn’t fill up. Therefore, ISO requires that the watch must have a minimum of 100 meters of water resistance. To me, that requirement doesn’t seem too difficult to meet, as we see many watches that aren’t even divers’ watches with a 100-meter depth rating. 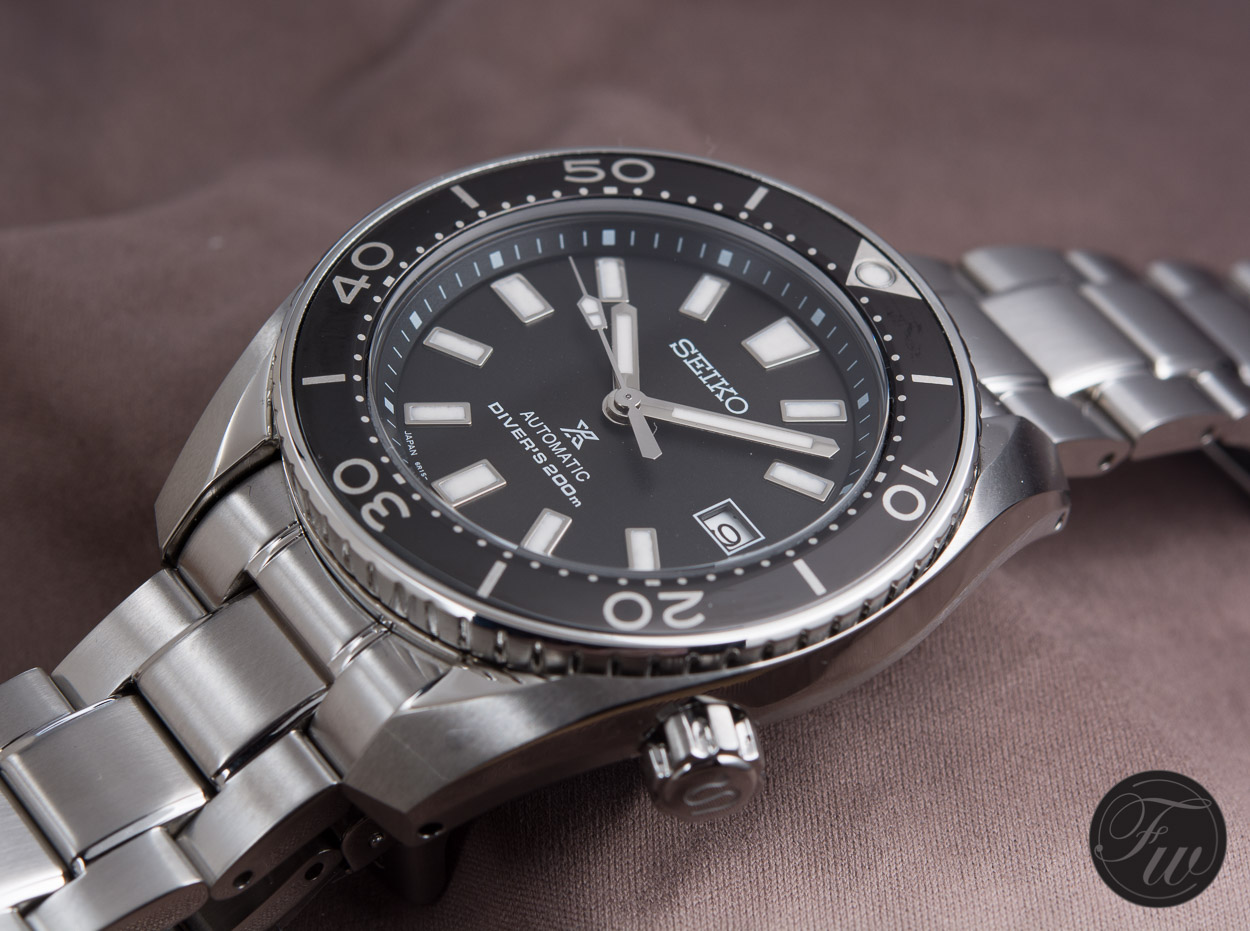 This feature is more interesting than it seems at first glance. Especially when thinking about analog divers’ watches, we immediately imagine a uni-directional rotating minute bezel. And we’re right in doing so because ISO 6425 requires that a divers’ watch is “equipped with a diving time indicator (e.g. rotating bezel, digital display, or other).” It also has to be “protected against inadvertent handling,” so the unidirectional bezel is perfectly fit for this job. Another requirement here — “clear markings indicating every 5 minutes” — normally doesn’t cause a problem either.

ISO 6425 states, “This device shall allow the reading of the diving time with a resolution of 1 minute or better over at least 60 minutes.” There is, however, some discrepancy in interpretation. Many well-known dive bezels do not have 60 one-minute markings. Many have minute markings for the first 15 or 20 minutes but thereafter rely on five-minute markings. Some say that the bezel should have these one-minute markings all around the bezel to meet the ISO requirements. Others say that the bezel should have at least 60 clicks in order to position the luminescent dot on the bezel at every minute. What’s your opinion? You can tell us in the comments below. Anyway, watches with both types of bezels apparently comply with the ISO 6425 requirements, such as the Tissot Seastar 2000 Professional you see below. 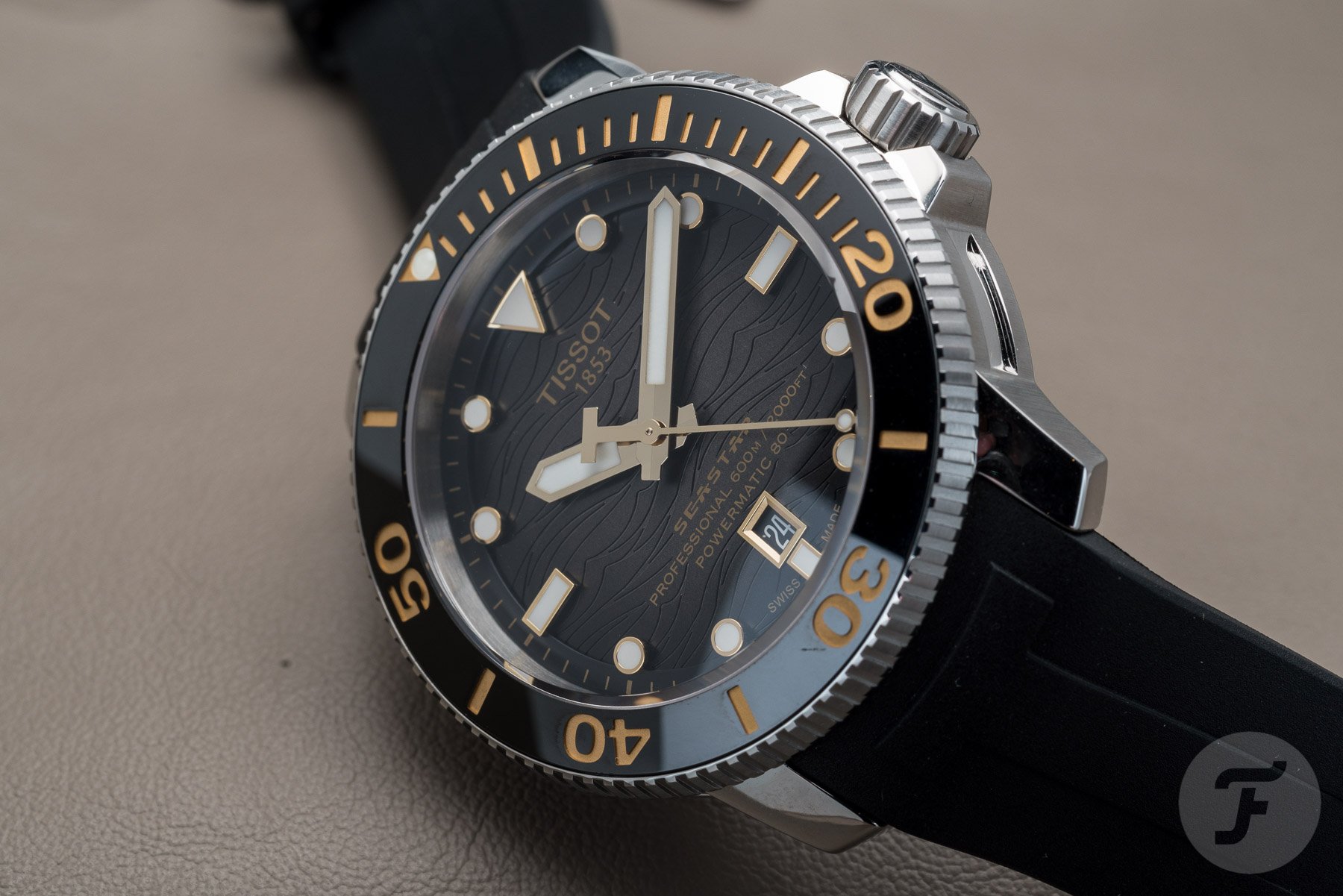 Another well-known example of a bezel without a full 60-minute indication is the Rolex Submariner. Then again, Rolex doesn’t promise compliancy with ISO 6425. The newer Sea-Dweller and Deepsea have minutes all around the bezel, though. The bezel on the Oris Divers Sixty-Five does as well, although the brand doesn’t mention compliance with ISO either. This could be because it does not meet other ISO requirements.

Next up is testing — both type testing and 100% single-watch testing. Type testing of a watch, known as homologation, is done to determine if a watch model, in general, is able to meet the ISO 6425 requirements. These tests — I’ll come to what type of tests they are in a minute — have to be carried out in a specific order. And every one of the test samples must pass every test. Here is a brief summary of these tests in chronological order. 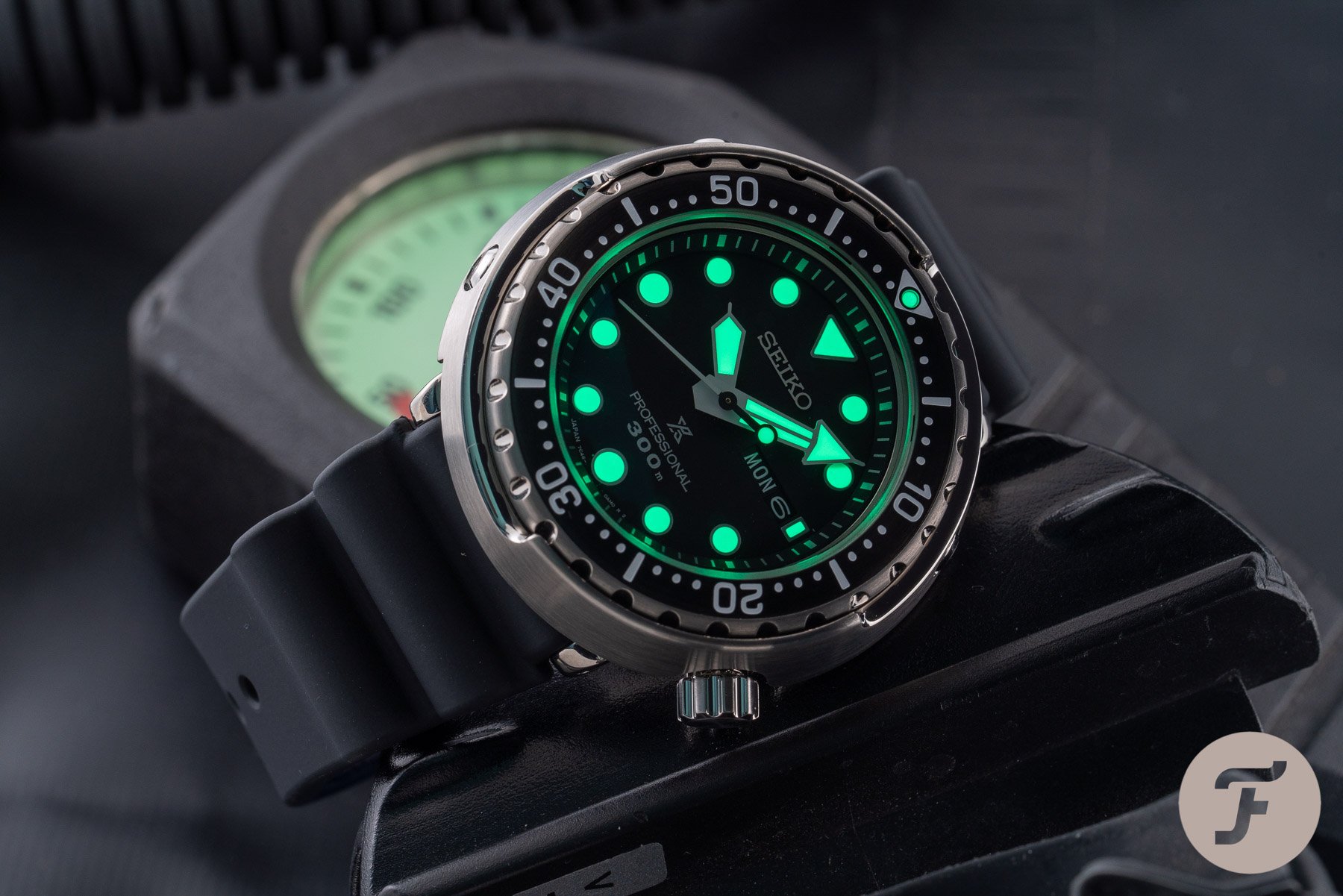 Visibility: In light, the diving time indicator has to be legible with a minimum of 50 lux. In the darkness, after exposure to light for 180 minutes (in accordance with ISO 17514) and checked at a distance of 25cm, the time, the diving time, five-minute markings, running indicator, and end-of-life indication (in case of battery operation) should be clearly visible. The minute indicator should be clearly distinguishable from the hour indicator (I can imagine a different shape or color of the hands). The reading of the diving time is allowed an uncertainty of ±2.5 minutes, hence the need for luminous five-minute markings.

Magnetic resistance: The watch shall be tested in accordance with ISO 764 and shall comply with its requirements. To put it very succinctly, this means that a watch must resist exposure to a direct current magnetic field of 4800 A/m. It then must keep its accuracy to ±30 seconds/day as measured before the test in order to comply with ISO 764. 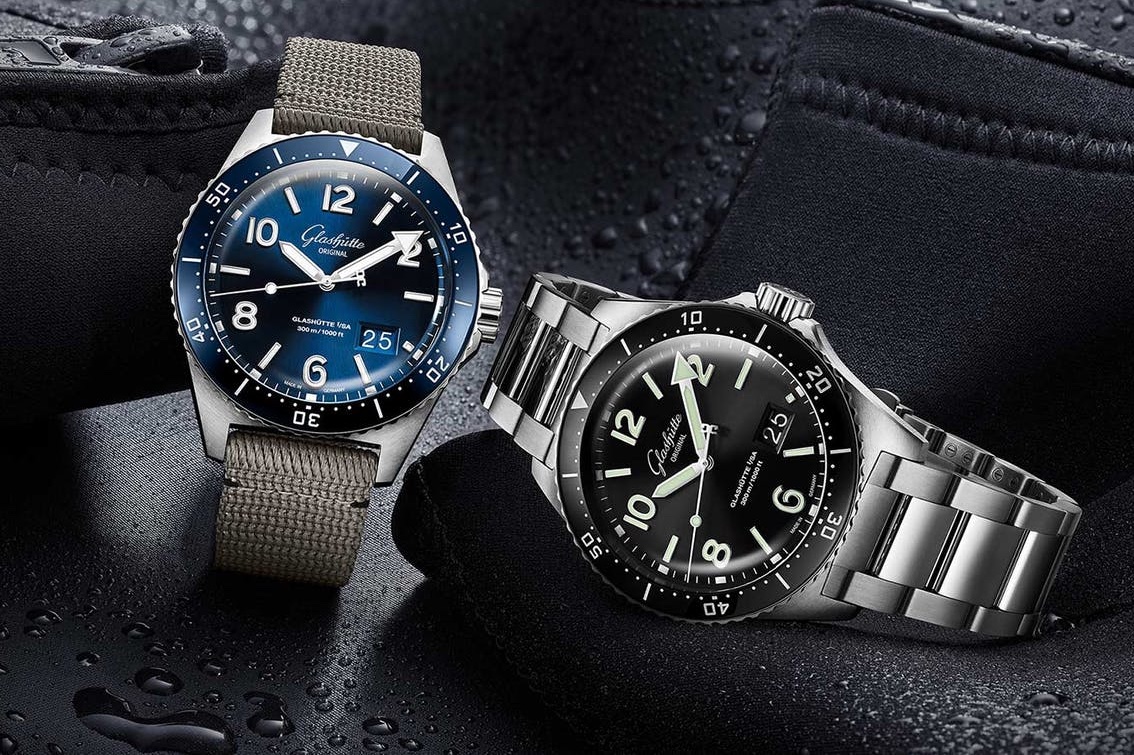 Temperature cycling: The sample watch has to be exposed to an air temperature of -20ºC. It shall then be placed at room temperature for 30 minutes. It should then be brought to an air temperature of +60ºC for 60 minutes, after which it should be submerged in water of +2ºC for another hour. After being removed from the water and wiped down, the watch must then undergo a condensation test according to ISO 22810. The test is considered successful if the watch still functions normally after this process.

In order not to become as boring as the actual ISO standard is, I’m going to skip over a few of the tests here. Further requirements are to determine corrosion resistance by a salt spray test, as well as shock resistance properties, including being hit twice by a 3kg hammer with an impact velocity of 4.43 m/s and even a free-fall test from one meter onto a horizontal hardwood surface. 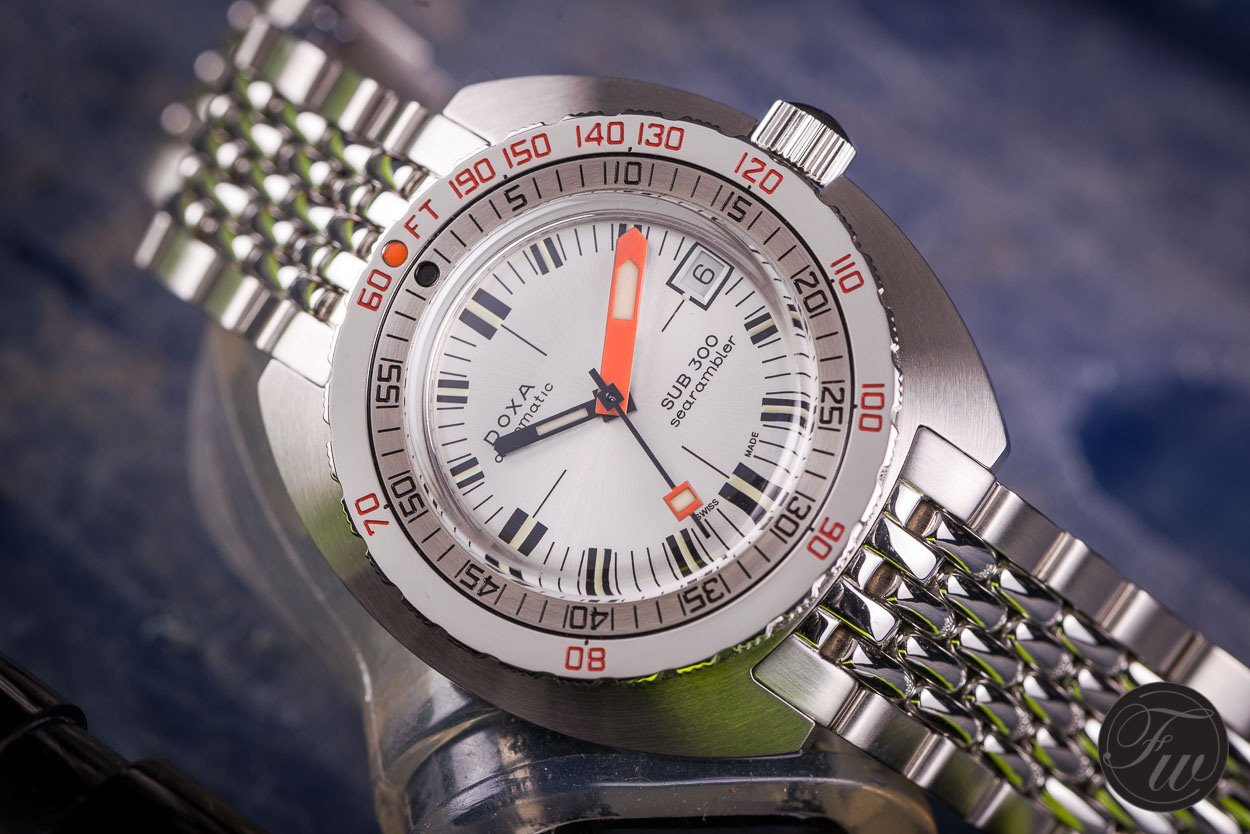 On to the good stuff — water resistance

Slowly but surely, we’re getting to where we are here for — water resistance! But not before the watch has undergone a condensation test according to yet another standard, ISO 22810:2010. Then, for type testing, the watch shall be submitted to the following procedure:

The watch shall then be removed from the water, wiped, and undergo the condensation test once again. After all these steps, the watch then should function normally. 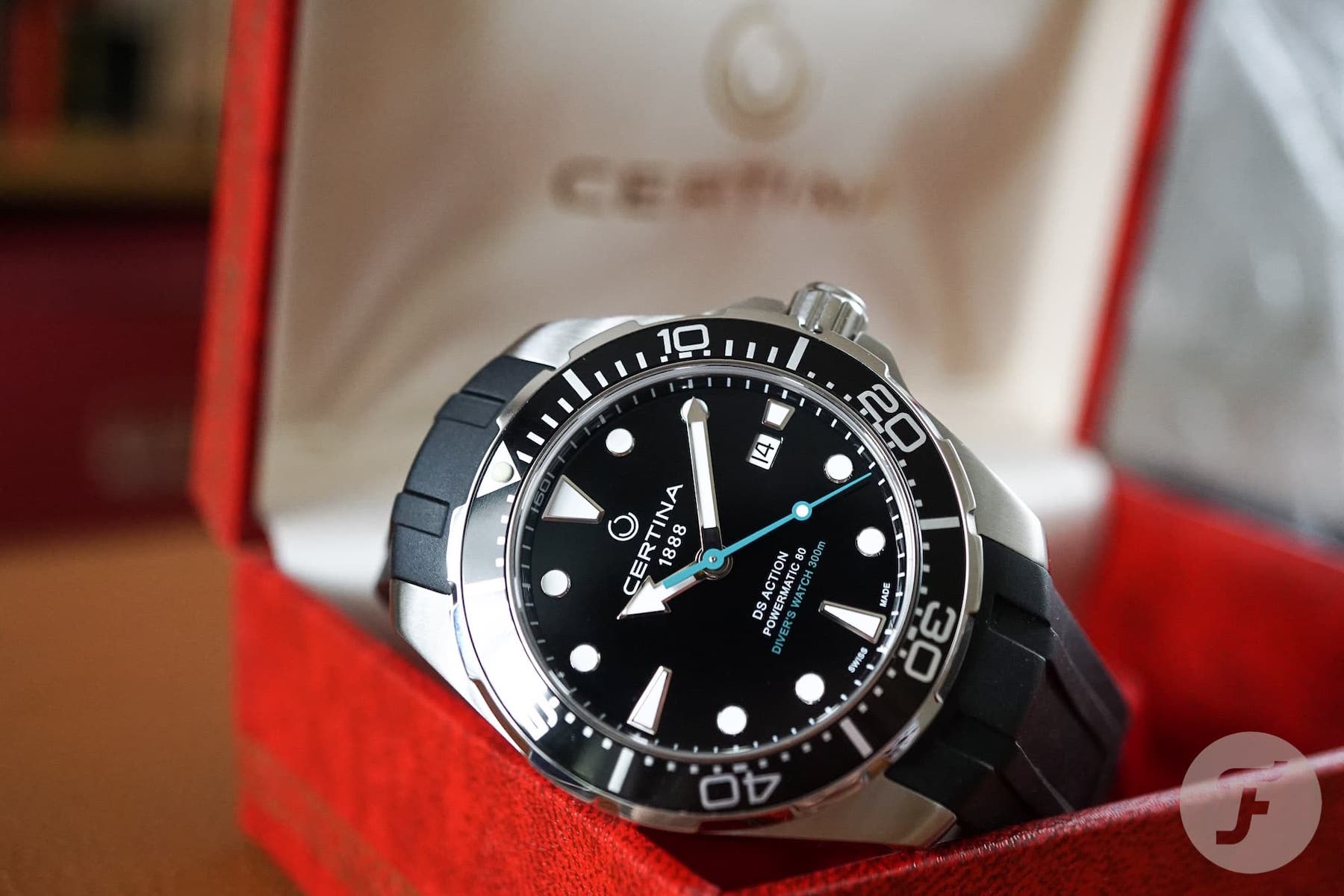 Resistance of the crown and other setting devices

For the sake of readability, I’m shuffling the items a bit here. Besides the resistance of the crown, the bracelet of the watch has to be tested as well. While closed, it has to withstand a force of 20 kilograms, pulled in both directions from the watch. 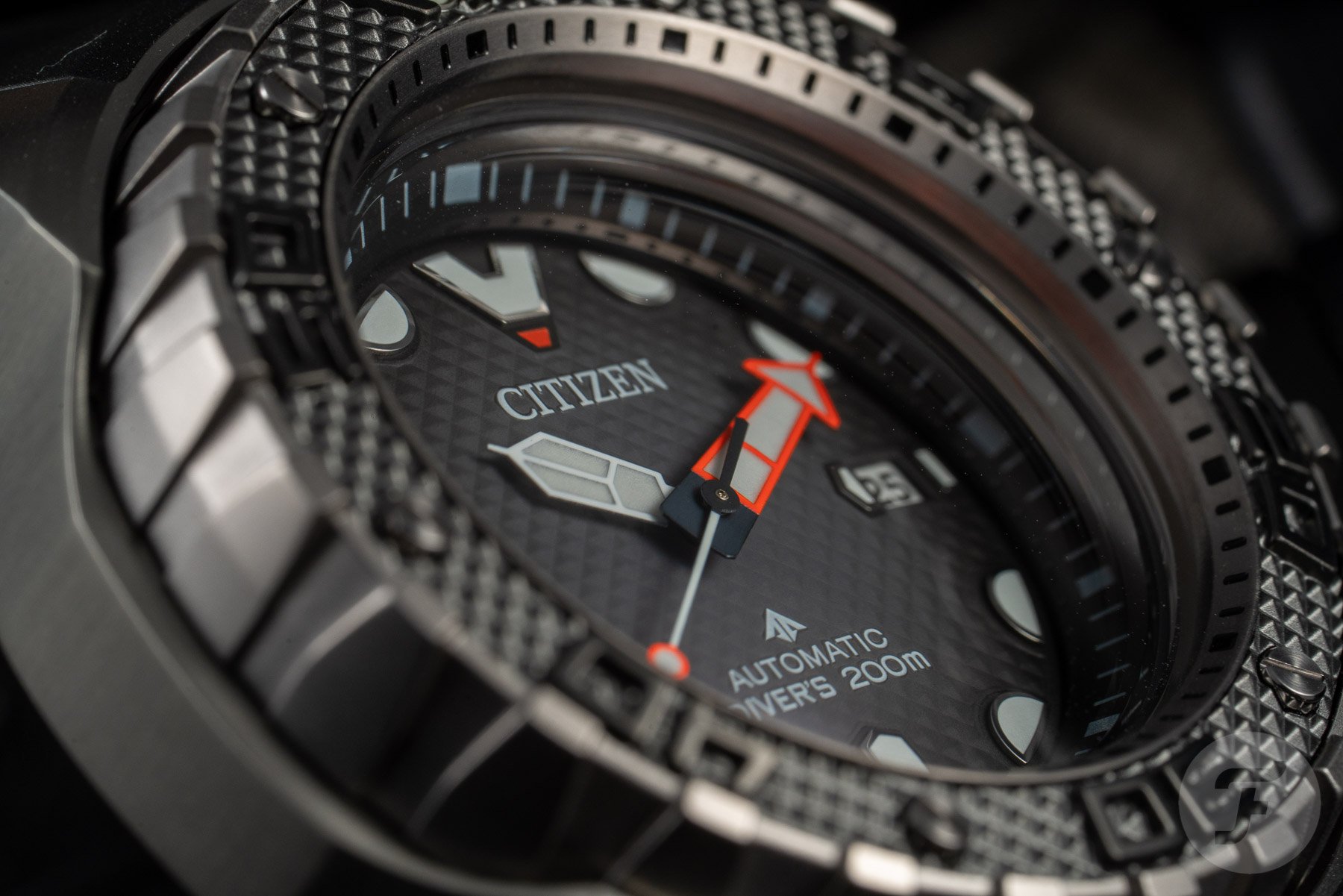 On with water resistance, but now getting serious

From the tests mentioned above, we already know that the watch doesn’t fill up when submerged, not even with an overpressure of 25% while putting force on the crown and pushers. But does it last? Scuba diving doesn’t mean dipping a watch in and out of the water, after all. A diver resides underwater for a longer period of time and doesn’t want his diver’s watch to fail during that period. So, here is the test sequence that will simulate a dive to make sure the diver’s watch will be fit for the job. ISO calls it “resistance at a water overpressure”.

The watch must function normally during and after the test. And should not fail the condensation test according to ISO 22810:2010 test after it has been wiped. 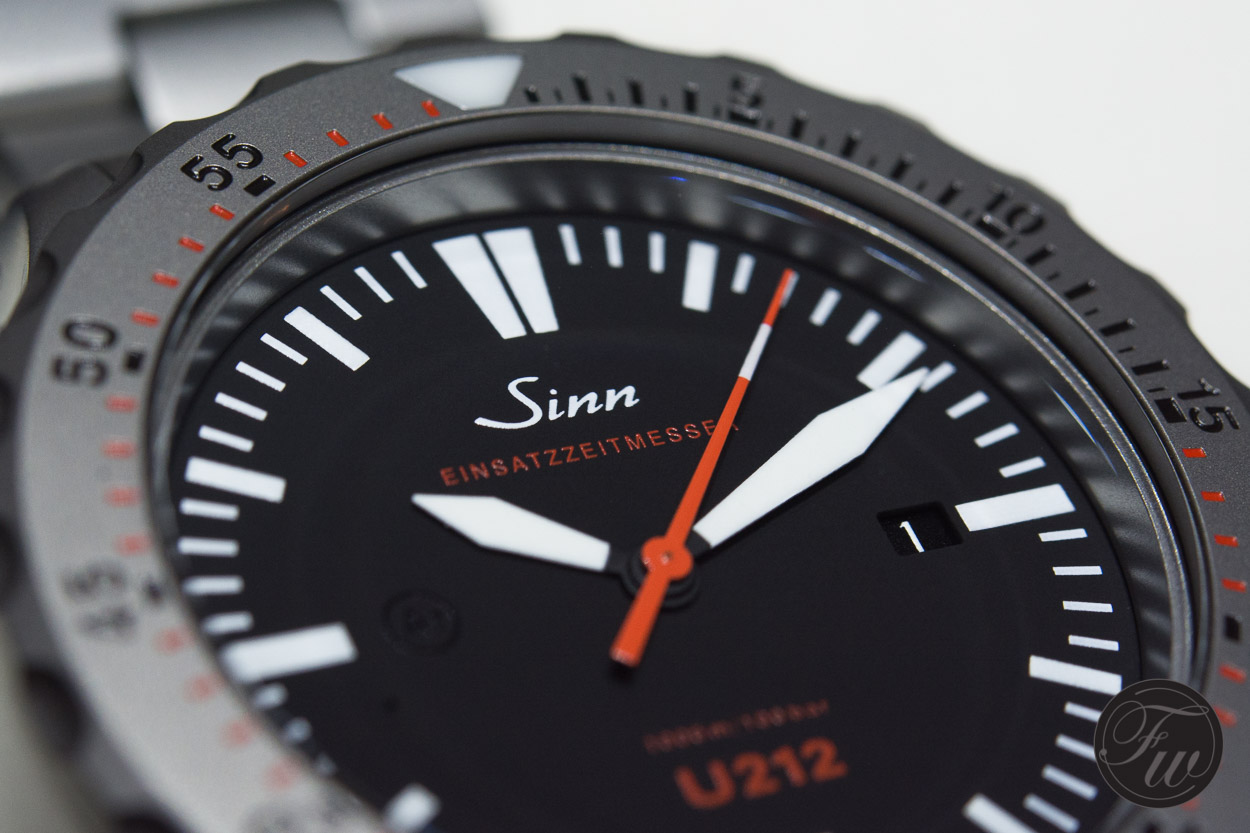 This is the hard part for watch manufacturers and the reason that hardly any diver’s watches are certified officially certified. The above testing sequence should not only be carried out on a sample watch. Rather, the manufacturer must test every single watch that is claimed to be ISO 6425 certified. For brands, regardless of whether they produce a larger or smaller amount of watches, this is pretty much impossible and/or would be extremely expensive. I don’t think anyone would like to pay such a premium for their watch just to have it officially certified by an independent body. A brand promising to produce the watch in accordance with the ISO 6425 requirements should be sufficient, assuming, of course, that the brand upholds that promise.

The ISO 6425 standard definitely defines some well-considered essential technical specifications and features. The 100% single-watch testing requirement, however, makes it more or less impractical to actually certify divers’ watches according to the standard. But I don’t think that is necessarily a bad thing, and neither does it make the standard itself useless. We see many brands following the requirements when designing their diver’s watches anyway. For consumers, a watch indicating that it meets the requirements gives at least the insurance that it’s suitable for scuba diving. 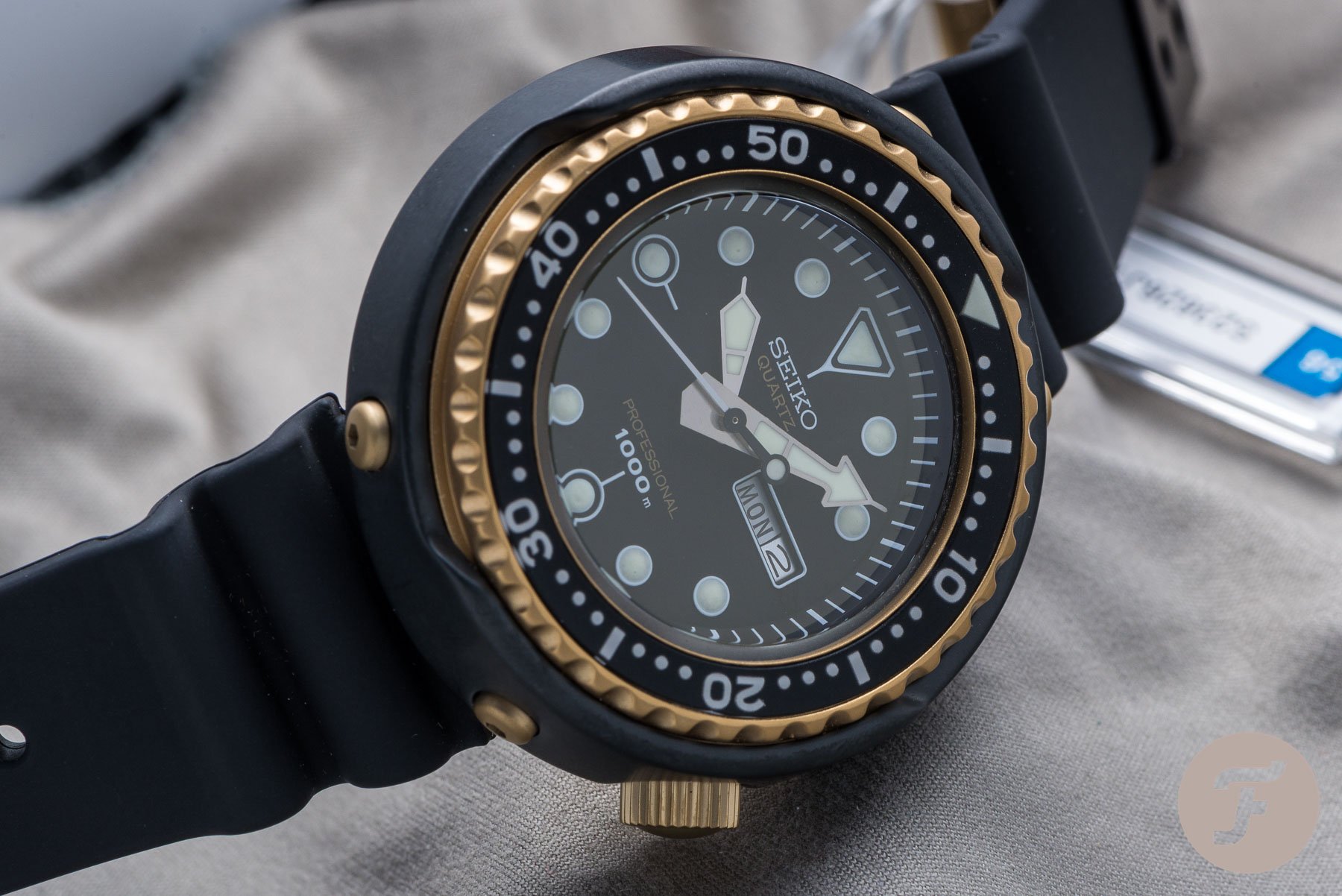 The ISO 6425:2018 standard doesn’t stop here, though. In Annex-A of ISO 6425, additional requirements for divers’ watches suitable for saturation diving are explained. In saturation diving, a watch is subjected to the pressure of a gas mixture, which acts differently than water pressure. Consequently, it’s recommended to subject these watches to extra tests. I won’t include those in this article, though.

How important are the above requirements to you when you choose a dive watch? Do you specifically select your watch with ISO 6425 as a criterion? Please let us know your thoughts in the comments below. And if you like, follow or contact me on IG @gerardnijenbrinks