Before we get into the new watch news of This Week in Watches, I’ll spend a few minutes talking about some observations over the last week.  Last weekend was auction weekend in Geneva with the Only Watch charity event occurring.  If my math is right, the Patek Grandmaster Chime helped raise roughly 82% of the proceeds for charity when it sold for a whopping 31M CHF.  I’m really happy for the charity, but if I’m being open and honest, that was one unattractive watch.  Still, congrats to the owner and the charity.  Next up were all the individual auctions held by the usual suspects.  This year felt a bit “normal” as there weren’t any real celebrity or rare watches; those come on December 10th when Phillips brings the Rolex 1675 GMT_master from Marlon Brando to the stage.  Overall, though, it felt like the auctions were kind of unsurprising and that the bull run of increasing prices has finally leveled off.  Like all good things, such behavior can’t last forever and with more and more global economic questions, let’s see what occurs.  It once again underscores the “buy what you like” truism.  On the other hand, I’ve seen some really good pieces (non-Rolex to be fair) sell for what I’d call approachable, albeit still far higher than five years ago, prices.  So, if there’s a modern or vintage watch you’ve always loved and have the money sitting on the side, it’s possibly worth taking a gander.  And now onto the new stuff… 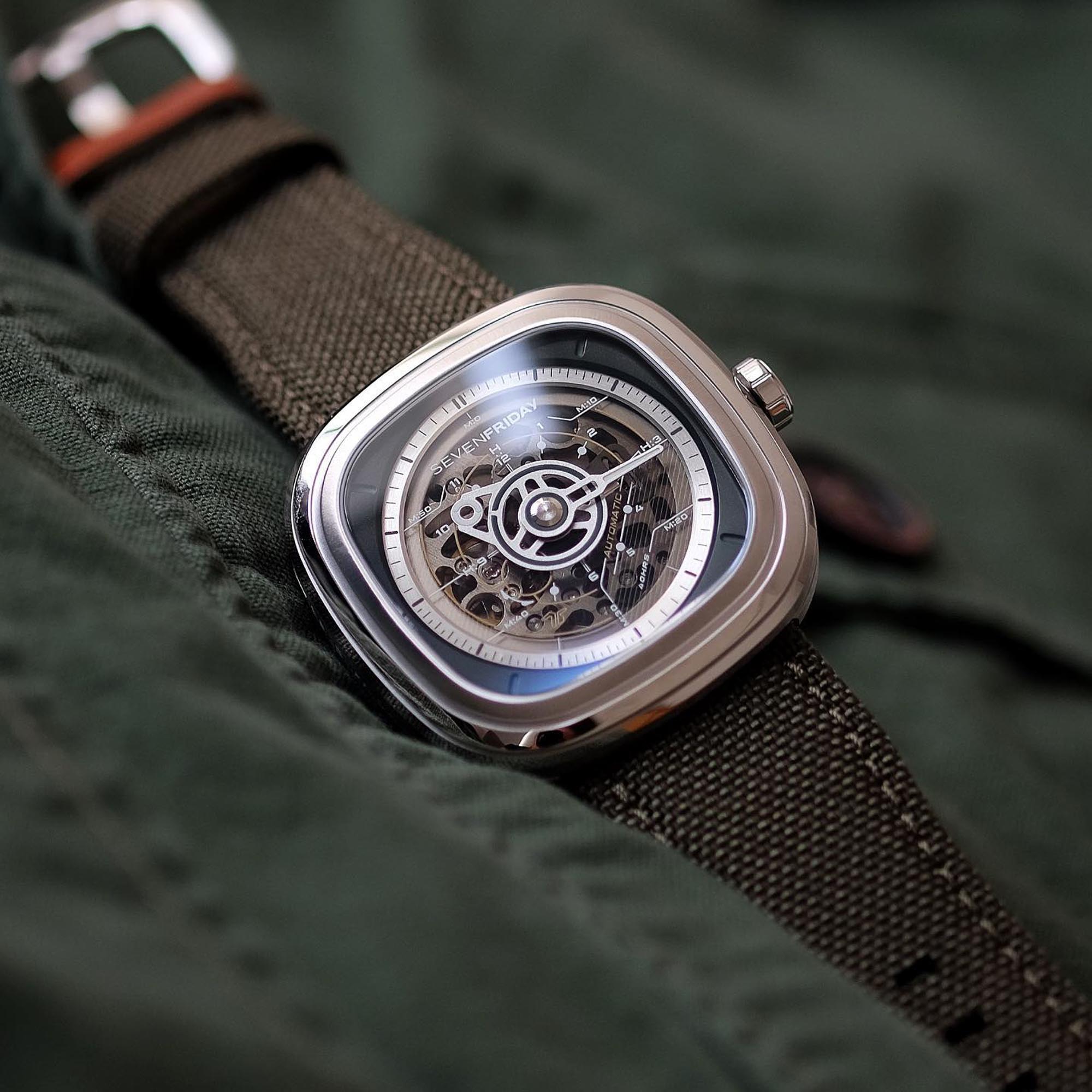 While perhaps new in the last week or so, we did receive word of a couple newer releases from SevenFriday.  For certain, SevenFriday brings in an aesthetic that’s rather polarizing, but I’ve always found the watches fun and they’re a very easy way to get into the futuristic open-dialed look that can easily cost 100’s of times more.  Two watches are here and are apparently inspired by the home of the designer, which is Normandy, France.  First up is the 752 Euro T2/01 which has some dark greenish tones meant to recall the local foliage. 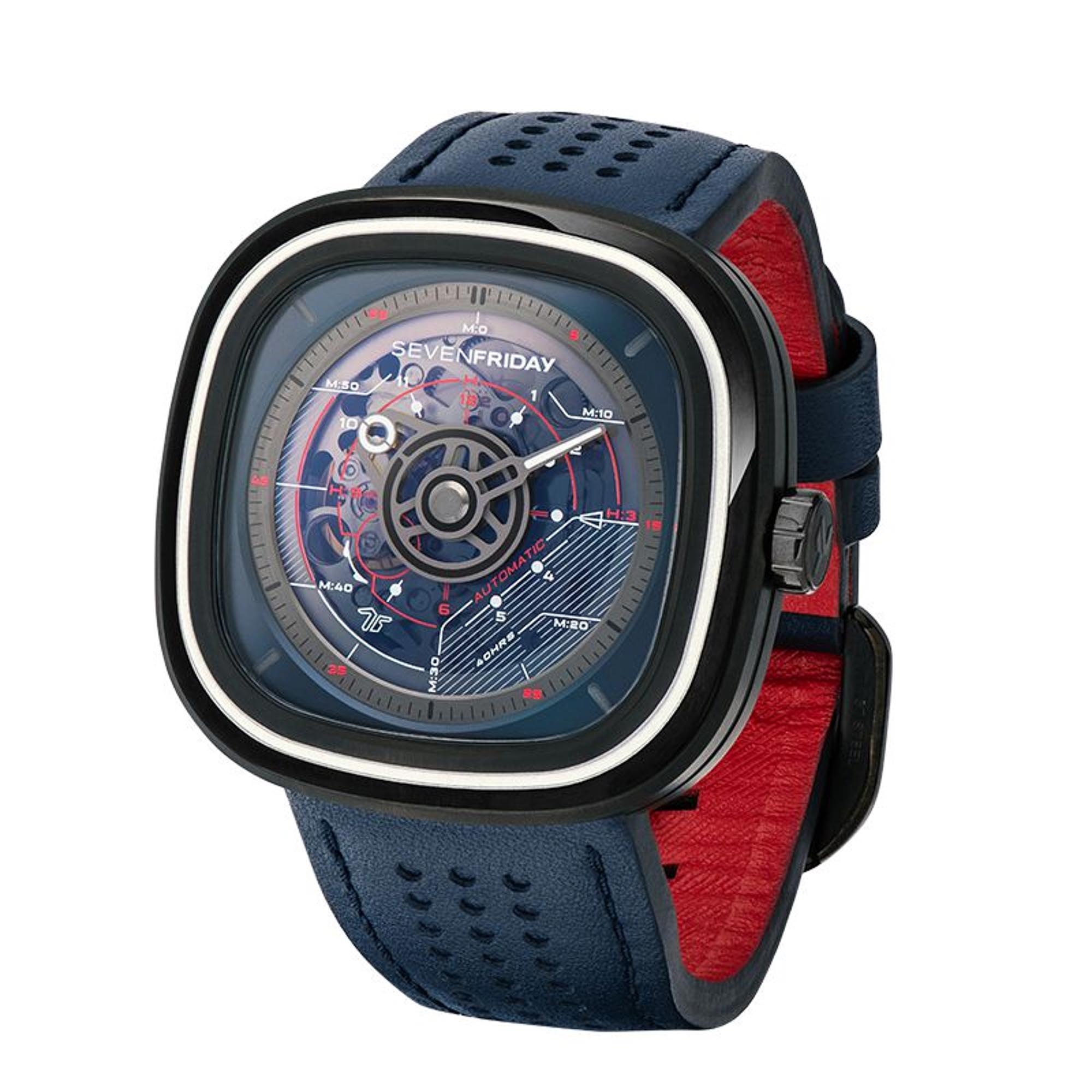 The 792 Euro T3/01 brings in the traditional French colors of blue and red.  Both are powered by the Seiko automatic NH70 and are on the smaller – for the brand – side at nearly 45mm on each side.  The thickness is 12.95mm and the brand mentions enhanced wearability due to thinner, more comfortable, leather straps.  For more information head to the official SevenFriday site. 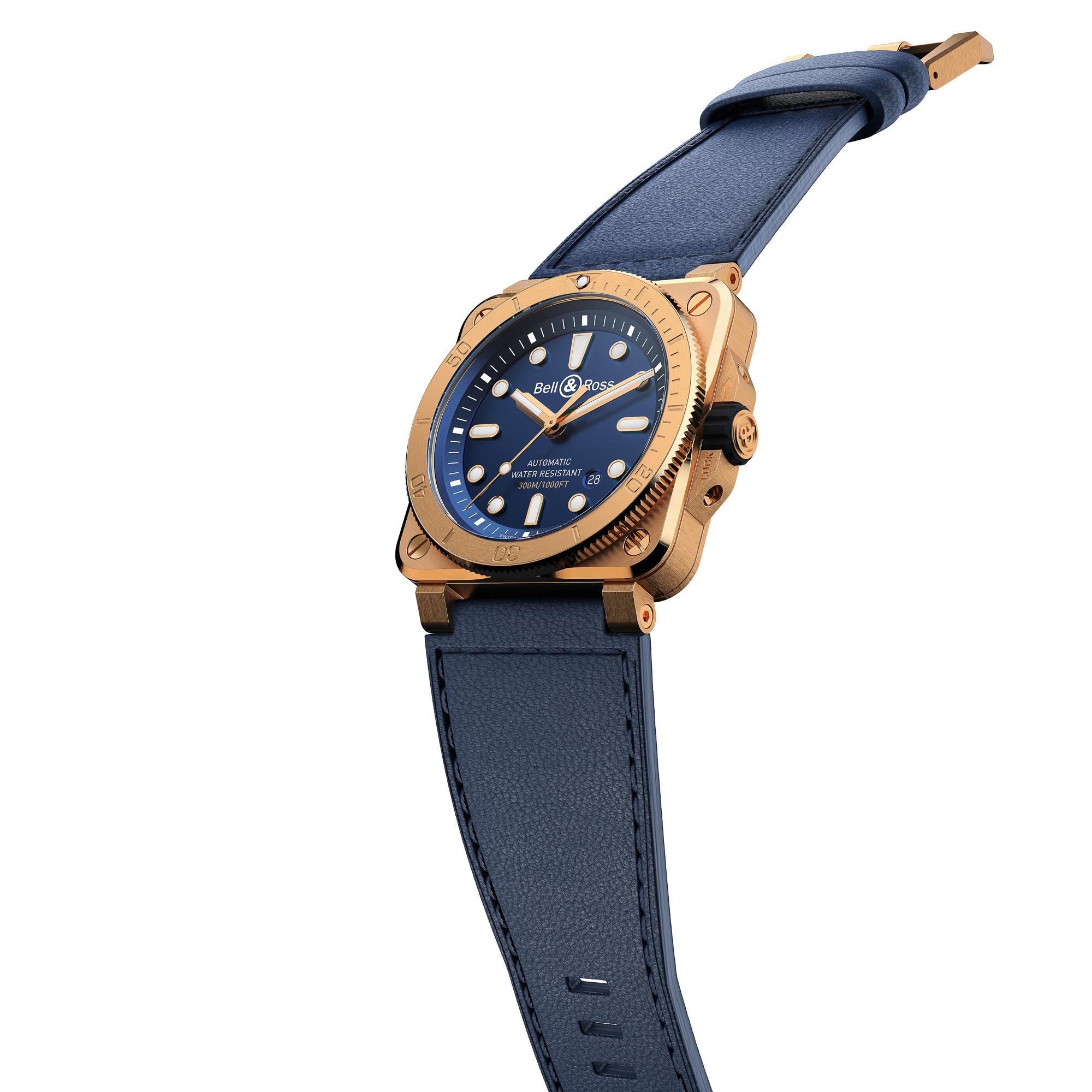 Next up on This Week in Watches is a piece that was shown a couple weeks back.  We have a new Limited Edition Bell & Ross BR03-92 Bronze Diver with navy blue dial.  At 42mm, this run of 200 pieces will only be available in the Americas.  It’s a bit different than a past bronze variant (with green dial) of this watch as the blue has a fully bronze bezel.  This new model has 300 meters of water resistance and uses an automatic based on the Sellita SW300-1.  It will come with a blue calfskin strap and a rubber strap that can be used for diving.  The watch should be available now and retails for $3,990.  Head to the official Bell & Ross site for more information. 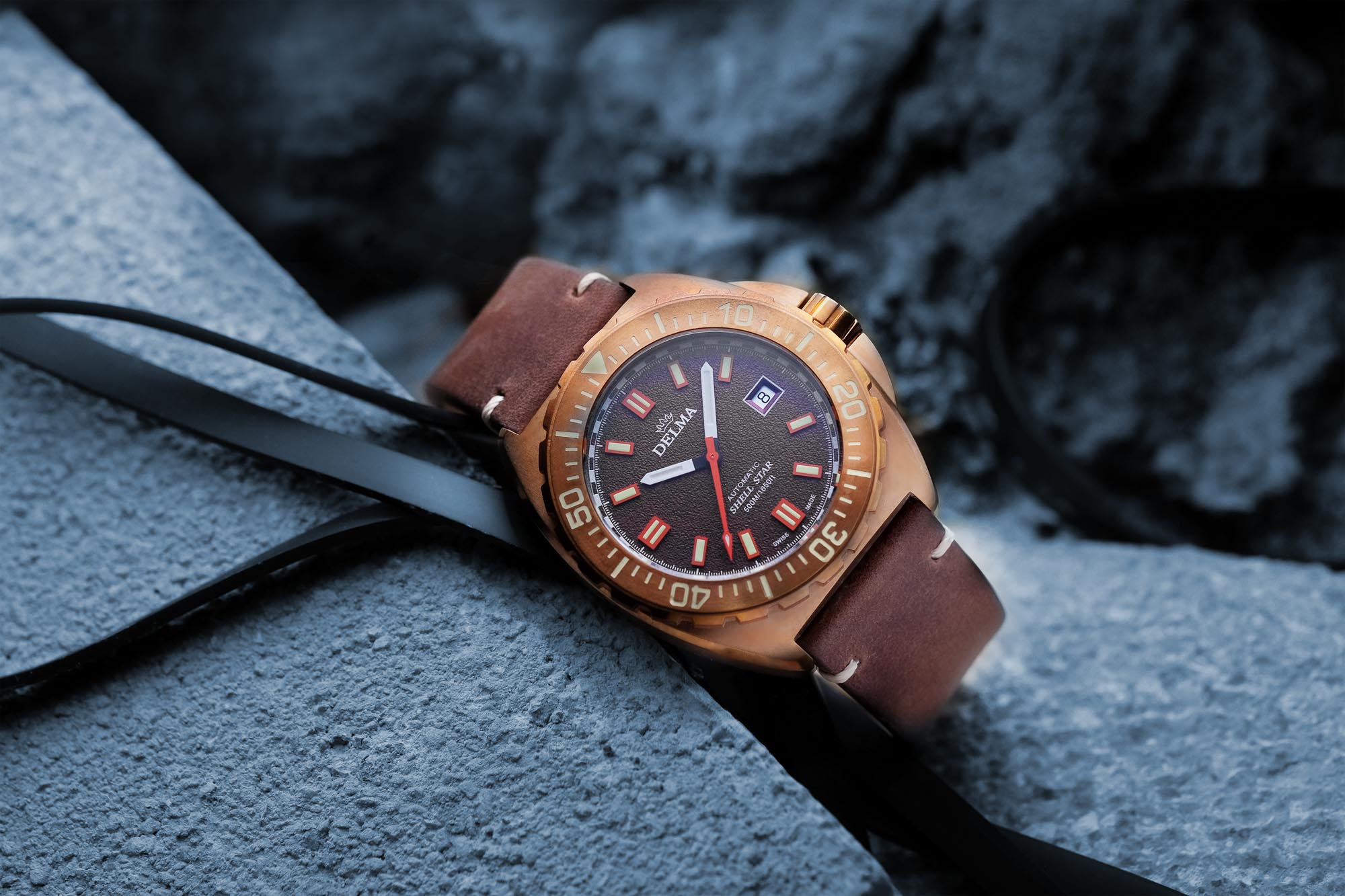 Meanwhile, Swiss brand Delma announced a bronze version of its Shell Star Diver to celebrate the 50th anniversary of its dive watches.  The 44mm, 500 meter water resistant, bronze divers use an ETA 2824-2 which is visible through a display back.  Available with either a brown, green or blue dial and 5 unique leather strap choices, there will be 500 made in total.  The bezel is also in bronze and I think the overall look is cool, especially with the checkered chapter ring.  The watches retail for 1,490 Euros and are available on the official Delma site now. 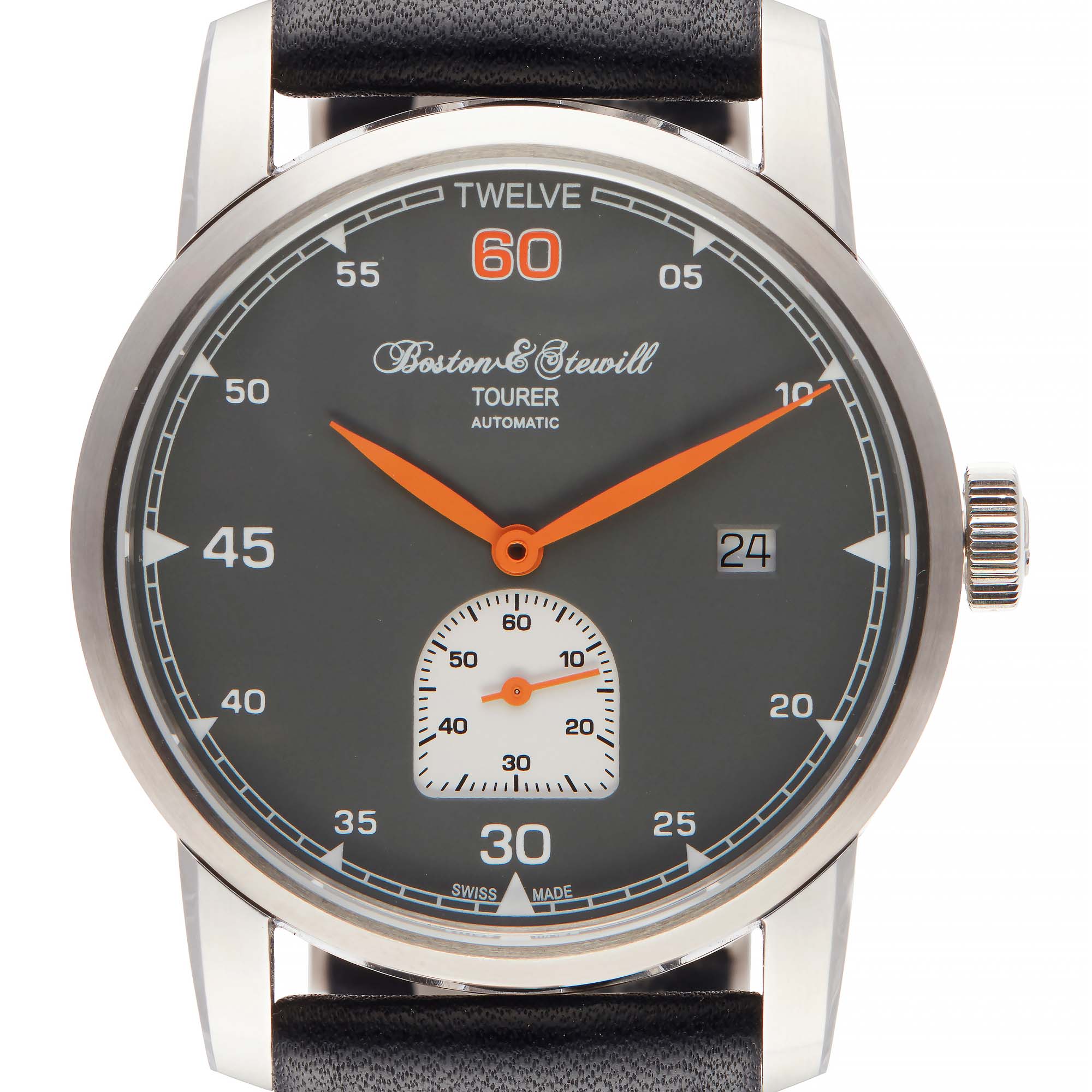 UK-based independent brand Boston and Stewill (established in 2015) sent us word of a couple limited edition versions of their 40mm automatic Tourer model.  Available with either midnight blue or grey dials, there will be 100 pieces of each at roughly 650 GBP.  The watches contain automotive-inspired design, but it’s not overbearing (the inset small seconds dial is meant to evoke thoughts of a classic Bugatti).  Inside is the Sellita SW260 automatic and other niceties such as a display back and sapphire front crystal are included.  More information can be found on the Boston and Stewill site. 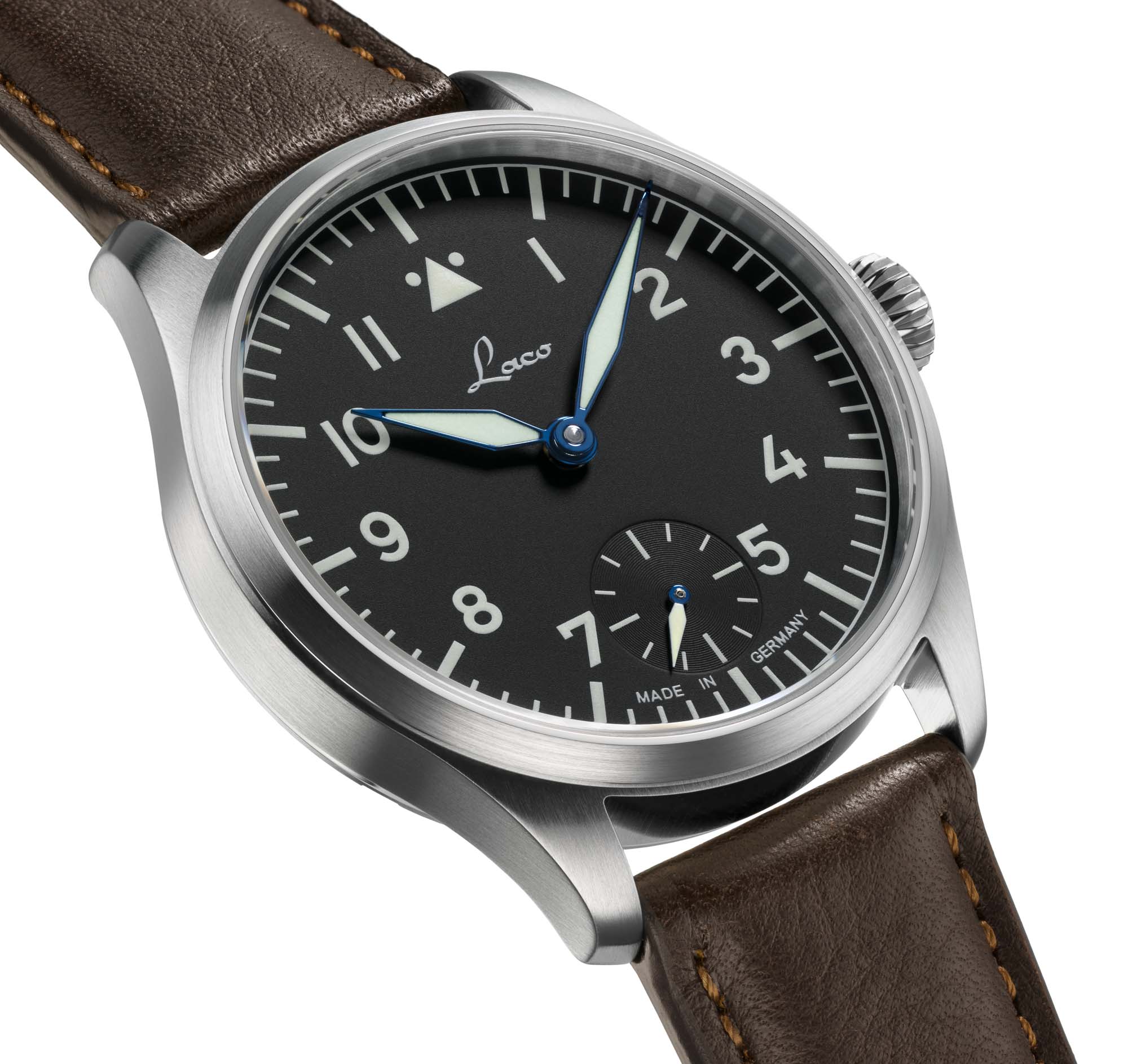 I really enjoy the look of Laco’s watches and today’s new pieces are no exception.  Laco sent us information on their new Ulm & Würzburg pieces, which are slightly dressier versions of their historic pilot’s “A” and “B” models.  The Ulm is based on the “A” and the Würzburg on the “B”.  I say dressy as they use a more modern, yet still simple, brushed stainless case.  At 42.5mm in diameter (49.8mm lug to lug) and just 11mm high, the watches contain the handwound Laco 98 caliber (ETA 6498.1).

The movement is nicely finished and can be viewed via a screw-down display back.  The crystal is sapphire and the watches are good for 10 ATM of water resistance.  At 980 Euros, they’re an attractive option for a daily wearer.  Head to the official Laco site for additional information.

Folks, that’s all for this week’s edition of This Week in Watches.  Enjoy the weekend!

Hot Topics
Introducing: The Omega Speedmaster Super Racing With Spirate System
165 comments
Design Vs. Specs — Which Is More Important To You When Buying A Watch?
86 comments
My Predictions For New Omega Speedmasters In 2023
54 comments
The Time To Buy Is Now: How The Current Economic Climate Influences Watch Buying And How You Should React
51 comments
A Regret-Free Guide To Buying Your First Luxury Watch — Part Three: Higher-End Options From Omega, Rolex, Grand Seiko, And More
48 comments
Popular
Introducing: The New Seiko Astron GPS Solar 5X series (Live Pictures)
Robert-Jan Broer
9
Why Are There No Stainless Steel Rolex Watches Available?
Robert-Jan Broer
121
Oris Classic Date Or Save Up For an Omega De Ville Prestige?
Robert-Jan Broer
17