This Week in Watches: October 24, 2020 The Colorful Edition

As always, a lot happened this week in the watch world. COVID-19 ain’t gonna stop us! Some cool watches launched, and it’s challenging to pick just a few things. We did get some colorful releases, so I’m christening this the colorful edition. Here are some of my favorites from the past week. 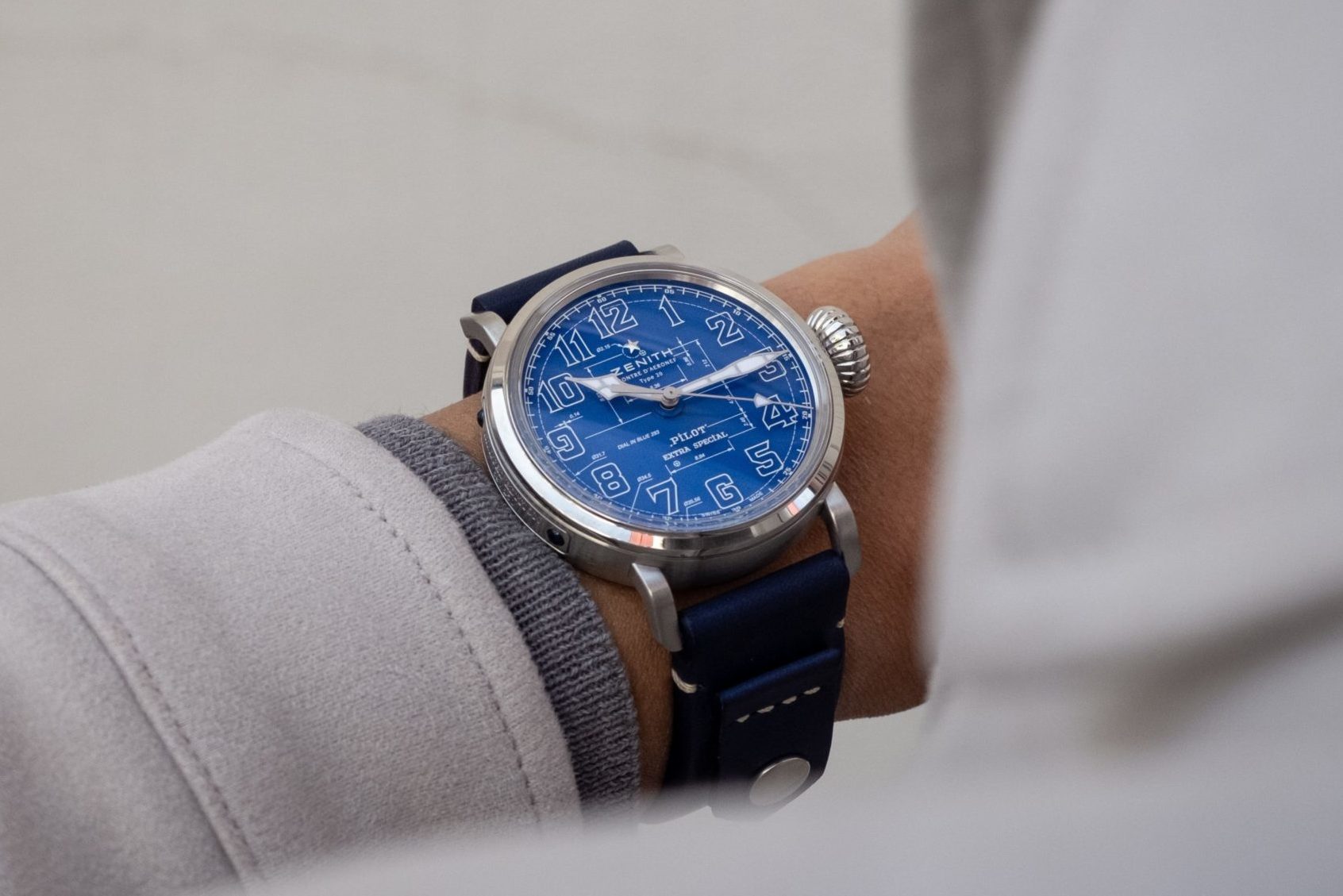 I’m a big fan of Zenith and what they’ve been doing lately. As ever, watch design is very subjective, but Zenith has been ticking a lot of boxes for me. This week they launched a new version of their Type 20 Pilot’s watch. It has a fascinating blue dial, and when looking at it, the nickname “Blueprint” makes sense. It adds a nice colorful flash to the model lineup.

…a matte blue base showing technical notes and plans…

The blue dial is undoubtedly eye-catching. It sticks to the Type 20 blueprint for the main part (terrible pun intended). The dial is made of two parts: firstly, a matte blue base showing technical notes and plans, and secondly, a sapphire crystal layer with the usual markers and logo above that. What do you think of this one? Let me know in the comments! It’s priced at £6,900 and can be found on Zenith’s website here. 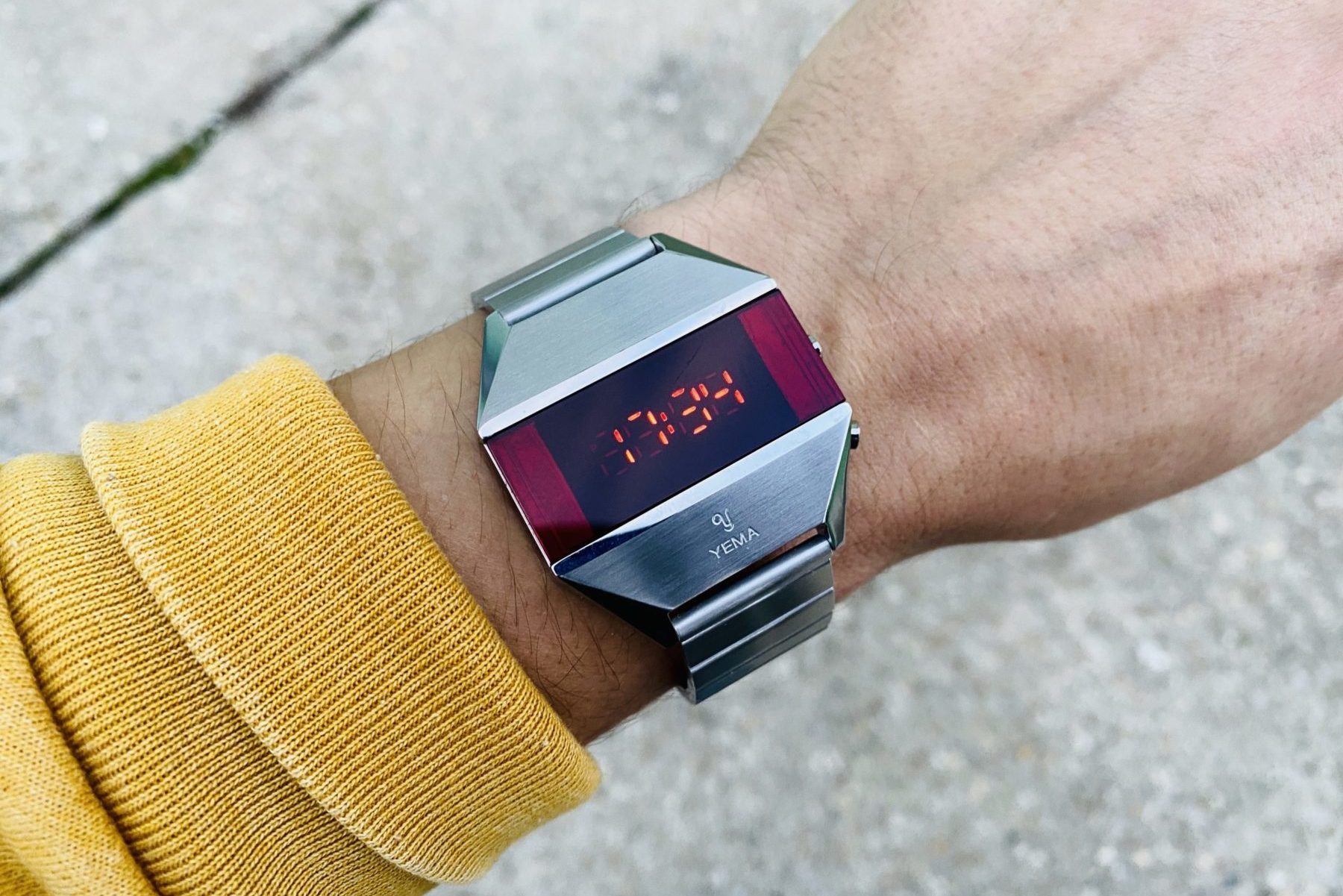 Yema is a French microbrand. They’ve recently launched a new bronze-cased GMT watch on Kickstarter that hit its funding goal in minutes. I watched the number of backers growing exponentially, and the pledged funds just kept increasing…and increasing.

They’ve now released info on their next watch to come. In the past year, we’ve seen a few retro LED watches from the likes of Hamilton and Bulova. There seems to be a real love for nostalgia in the industry this year, and Yema took note. They dug into their archives from 1970 and pulled out this quirky little number. If it tickles your fancy, it’s available now at priced very attractively at $249 on their website here. 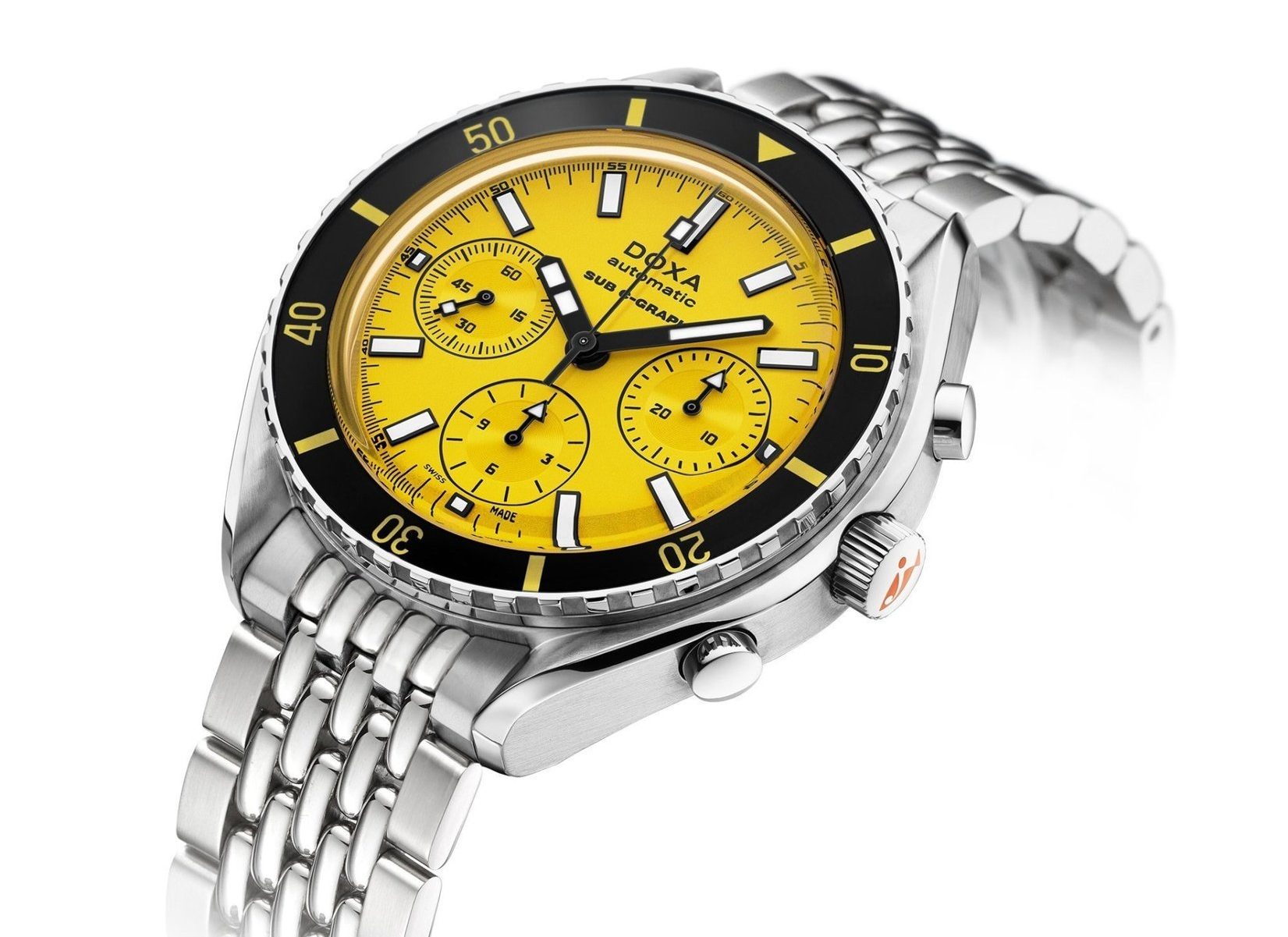 Doxa launched their Sub 200 series watches late in 2019. Now, nearly a year on, they have followed it up with an equally colorful chronograph version. I was never that keen on the original time-only model, but the chronograph is rather lovely. I always felt the time-only version was a little empty and ‘missing something’, but with the chronograph they’ve solved that irk.

It comes in with some severe heft…

Available in Doxa’s signature range of bright colors, the Sub 200 C-Graph is powered by Sellita’s version of the Valjoux 7750 caliber. It comes in with some severe heft, so it isn’t for the smaller-wristed folks amongst us — that includes me. A 45mm case with a 17.4mm height means it commands some serious wrist presence. It does look cool, though. As a fan of yellow watches, that one is my favorite. They’re priced at CHF 2,650 on the rubber strap or CHF 2,690 for the bracelet. I like a solid rubber strap, but for just CHF 40 more for the bracelet, that’s a no-brainer to me. Read more here. 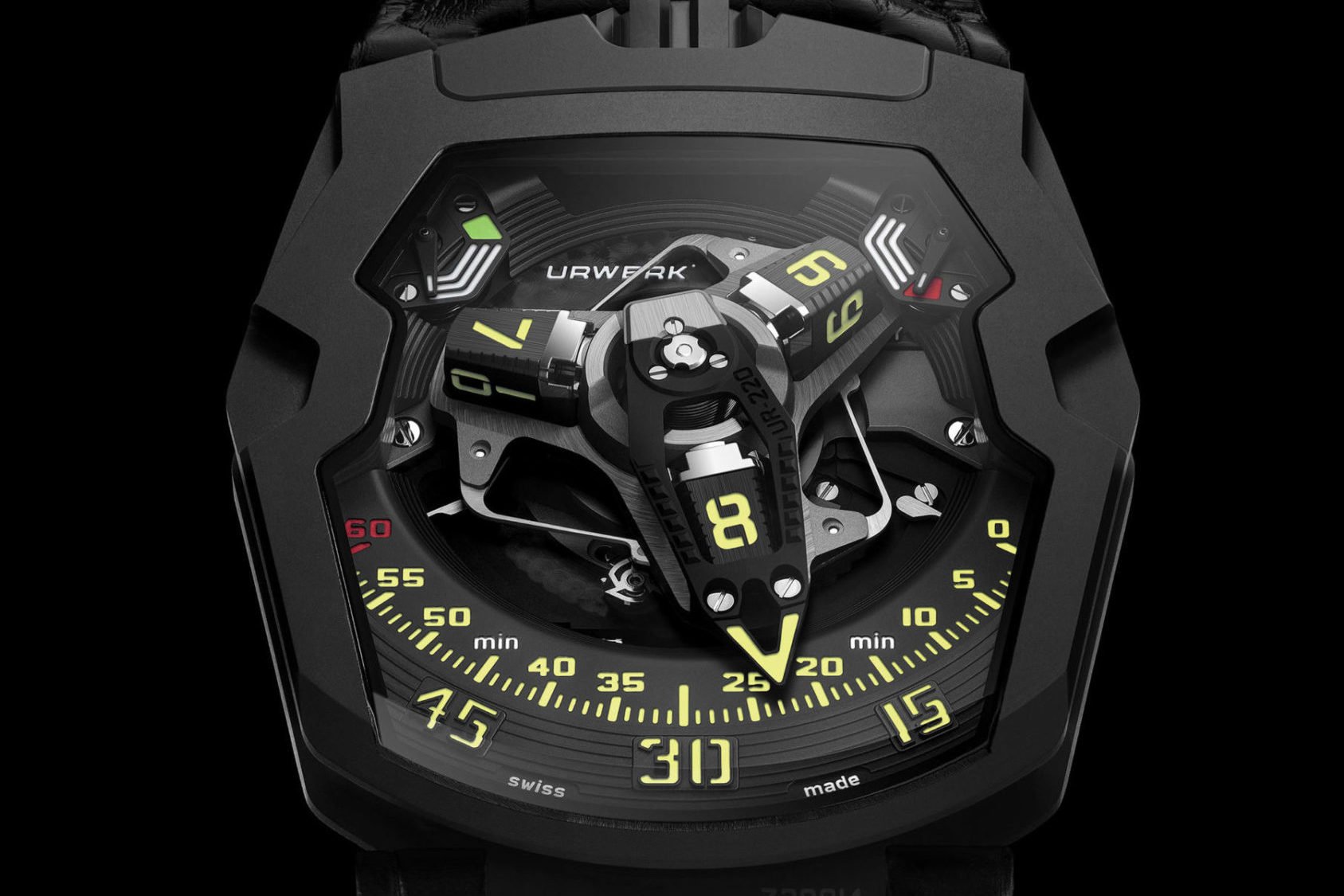 Urwerk is a brand that eluded me for a long time. I just didn’t ‘get’ them. Then they released the UR-100, and it all made sense to me. I began to understand and appreciate their design language, and I’ve been smitten ever since. The UR-100 remains a grail watch that I’d love to add to my collection, were it not for the rather inaccessible price tag. But that’s OK — I can appreciate it from afar.

The UR 220 All Black revisits the brand’s recent UR 220 silhouette and forgoes the carbon case for full-on stealth. Made of a mixture of titanium and steel, the Urwerk signature time display is proudly displayed and brightly illuminated by generous lashings of luminous material. Eagle-eyed fans may notice that Martin Frei and the team designed a new
typography, making the hours and minutes even sharper. The inspiration for this apparently came from video science-fiction games. You can find out more here. The price isn’t explicitly listed, but as the old saying goes: If you have to ask…

So there you have my favorites. Before I’m lambasted for missing anything from this list, I did try to cover myself by saying that these are just some of my favorites. If I have missed anything which you particularly loved, please let me know in the comments. If you love or hate any of these examples, then also please do also let me know!

Hot Topics
Laventure Automobile Chronograph With A Proprietary Movement — Marking A Huge Leap Forward For One Of The Industry’s Most Promising Brands
155 comments
Fratello Exclusive: An Inside Look At The MoonSwatch Production Facilities
75 comments
We Talk To Swatch Group CEO Nick Hayek About The MoonSwatch
50 comments
Selling Your Watch To A Dealer Or Trading It In — Tips From A Former Watch Dealer
49 comments
Summer Splash — Round 2 : Jorg’s Tudor Pelagos FXD Vs. Lex’s Hublot Big Bang Integral Ceramic Sky Blue
47 comments
Popular
(From The Archives) Shut Up & Read The Truth About Cartier Watches
George Cramer
21
Hands-On With The Seiko Prospex Dawn Grey Series
Robert-Jan Broer
9
#TBT A Vintage Seiko Buyer’s Guide to Affordable Goodness
Michael Stockton
30