After Daan spent a week with Lex’s Grand Seiko and Lex had a test run with RJ’s Speedy, I felt it was about time to raid Nacho’s collection. I immediately knew which watch I wanted to try — his Cartier Tank Solo. It is an icon within our little sub-universe, and it is like nothing in my own collection. It would be a great opportunity for me to spend some quality time with the Cartier Tank.

Interestingly, it is probably the watch that least reflects Nacho’s personality. He has a specific taste and style that is clearly reflected by his watch box. His Cartier Tank is the odd one out. Let me try to paint you a picture of the watch and its owner… 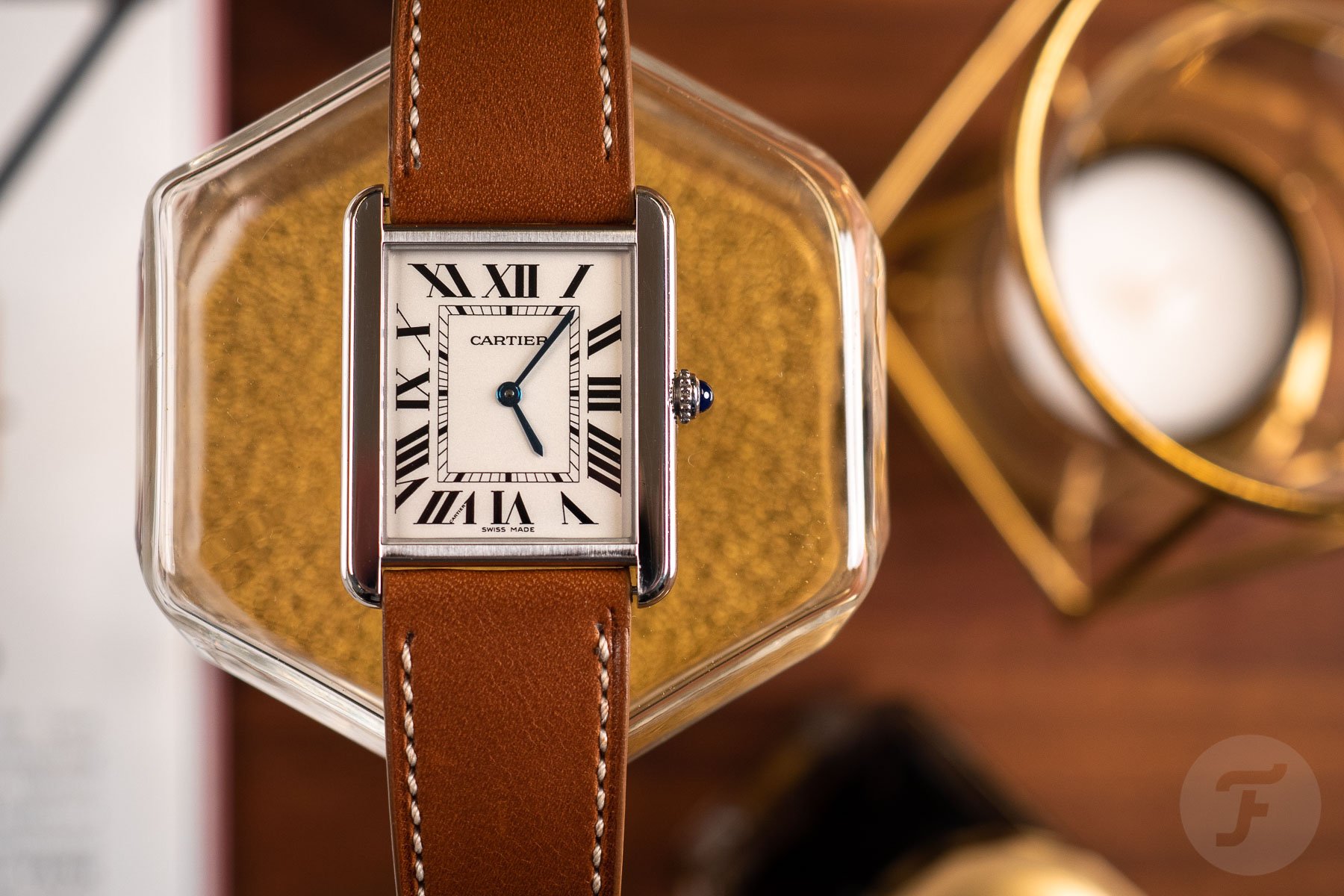 Nacho and his watches

Now, I will not pretend to know Nacho through and through. We have, however, been working together for several months now. I have seen the man at work building his watch collection, and I think his personality shines through his watches quite brightly.

Nacho describes his own collection as eclectic, but I happen to think there is more congruence there than he gives himself credit for. He tends to have a knack for clever buys. I know an Explorer II ref. 16570 is his dream watch, but he tends to roll more under the radar in practice. He digs up these (often vintage) watches with a rough edge. I mean that in a good way — rough as in tool-like or military-inspired. He is also quite good at getting “bang for the buck.” His watches often offer a lot for a reasonable price.

Stylistically, Nacho tends to go for slightly more intricate designs. And when he gets something simple, like his Seamaster, he will go for a patinated dial, providing the visual interest he likes. His Hamilton Khaki and Breitling Aerospace suit him to a tee, I’d say. 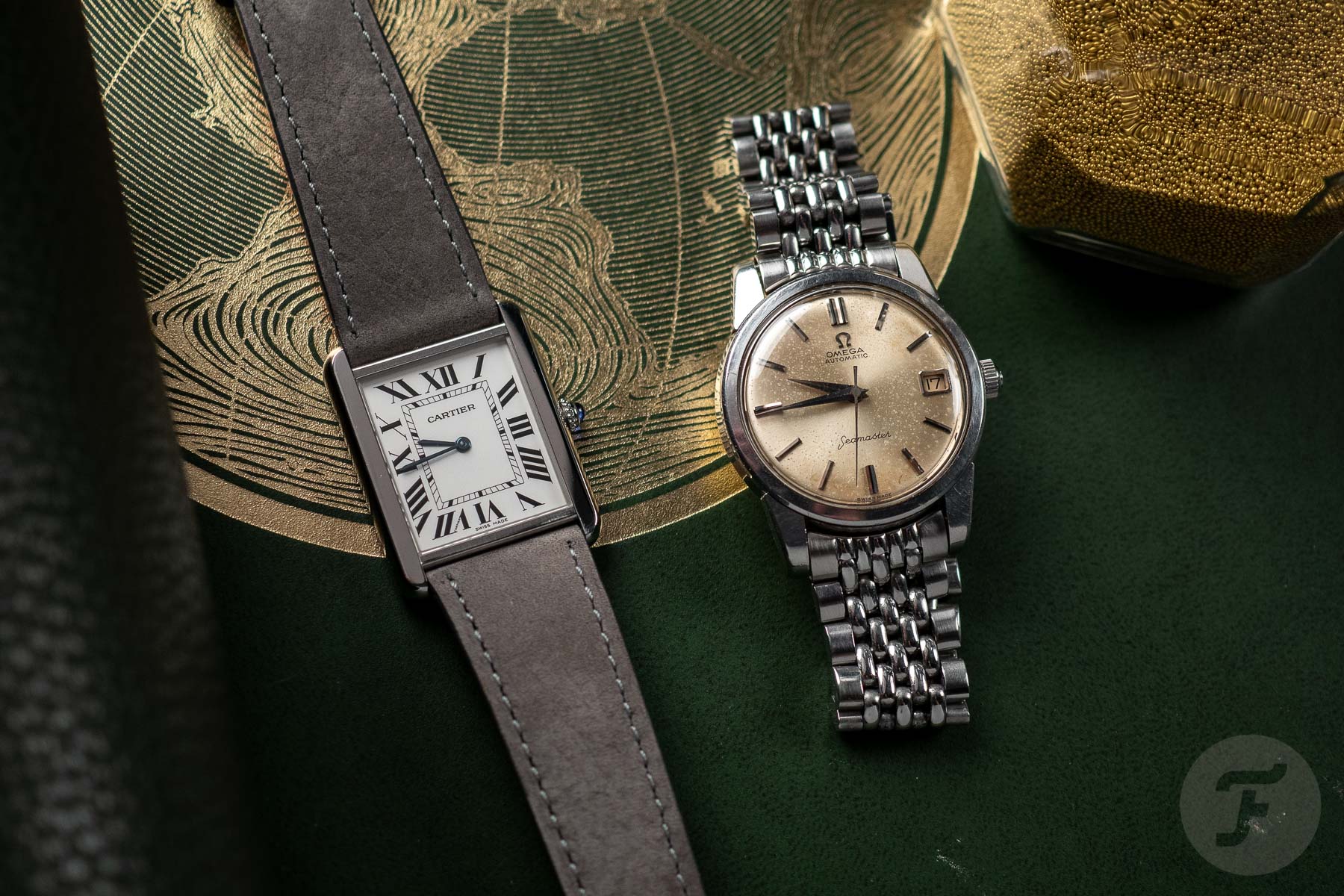 Cartier Tank Solo — The odd one out

The Cartier Tank Solo is the oddball of Nacho’s collection. Makes sense, as he won the darn thing in a photo contest. I think it is just a tad too neat for Nacho’s style. Too smooth. Perhaps too classically formal in its aesthetic. I think his choice of strap proves my point. He wears it on a gray nubuck strap in an effort to make it a little less luxurious.

I think this is actually a compliment to him as a person. Nacho is modest, humble even. He is eloquent and polite, and strikingly so within the brash and direct Dutch culture in which he now finds himself. Nacho is perceptive about other people’s feelings and intentions, which makes him a very pleasant guy to be around.

So why is all this relevant? Well, the Cartier Tank is too much of a statement, which is unlike Nacho. The Tank is old-world luxury. It is — if you will allow me to exaggerate its darker side — a statement of success and material wealth. That is not a statement that Nacho would ever consciously make. 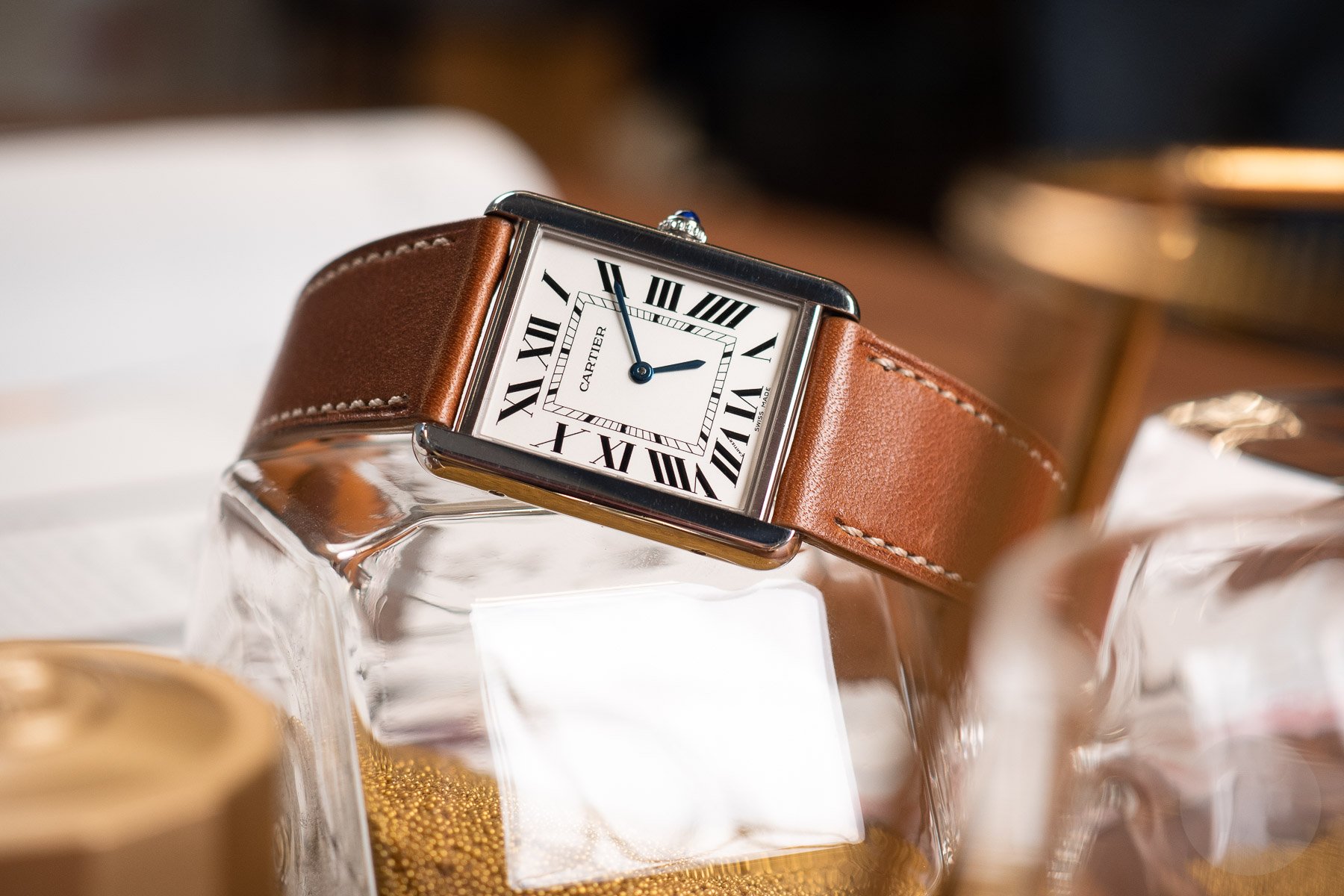 Why he does love the Cartier Tank

Still, Nacho loves his Tank Solo. And rightfully so. Because by describing it as a status symbol, I am doing the watch a gross injustice. It is also a design icon that has stood the test of time for more than a century. And that design is completely original and unique. I have to say, the Tank is a thing of beauty.

I am quite sure that Nacho appreciates it for all the right reasons and hardly wears it because of the other stuff. And, of course, winning it makes it a little more special to him as well. 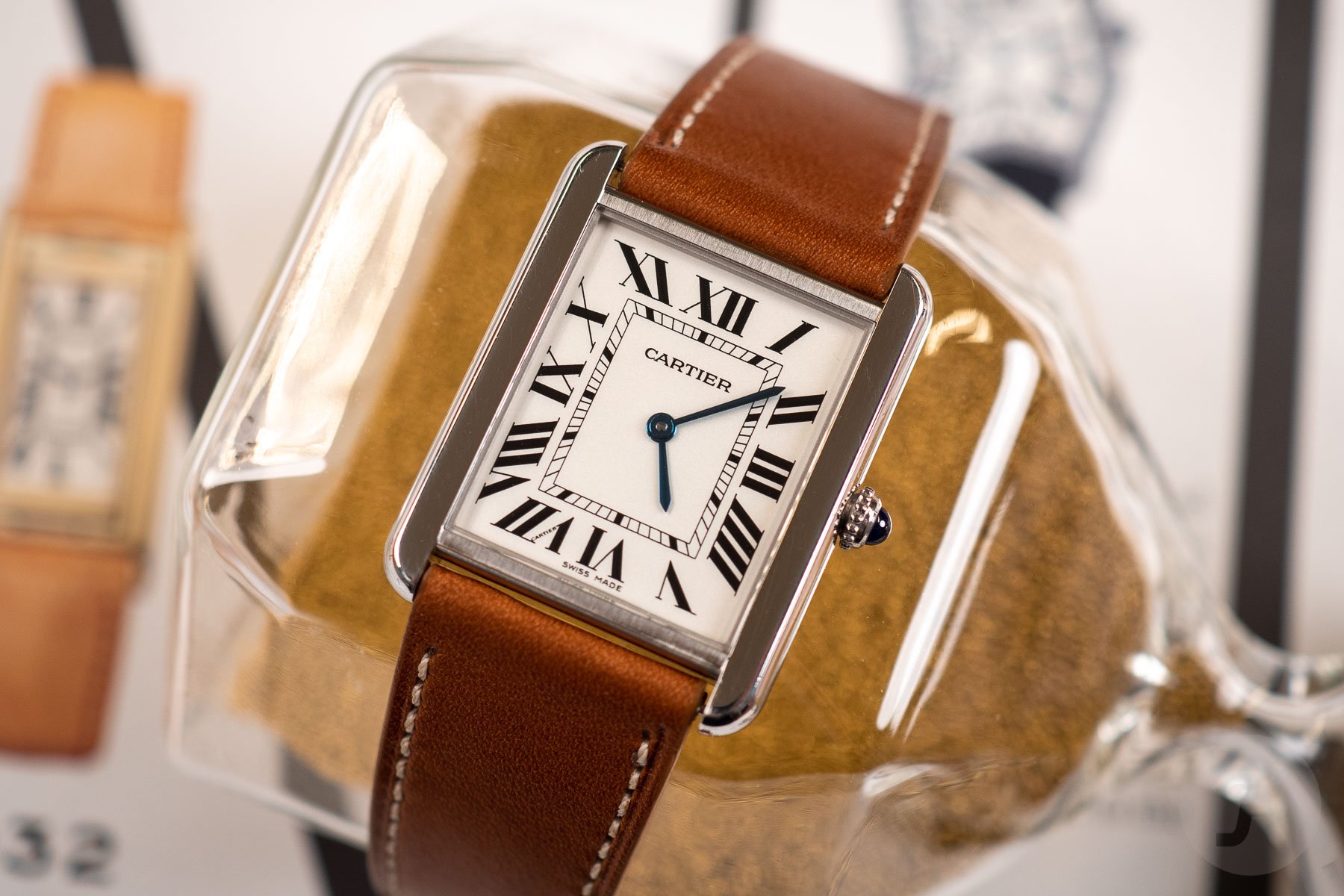 Okay, enough rambling on about my esteemed colleague. I am sure by now you want to know what the Tank was like to live with. I can be short about that: I loved it.

I have to admit that I really had to get used to this watch. Wearing only mechanical watches, I am used to checking whether the seconds hand is running when I put one on. This quartz Tank does not have a seconds hand. Every morning started with the same realization: “Oh yeah, of course, it is still running”.

And then there is the combination of a rectangular design and Roman numerals. I actually had to adapt to be able to tell the time at a glance. The numerals and their positioning kind of threw off my orientation. Of course, if you just look at the handset, everything is just like you are used to. But I actually found myself misreading the hour a couple of times. I guess that says more about how the brain adapts to routine than it does about the Tank. Okay, my brain, that is. 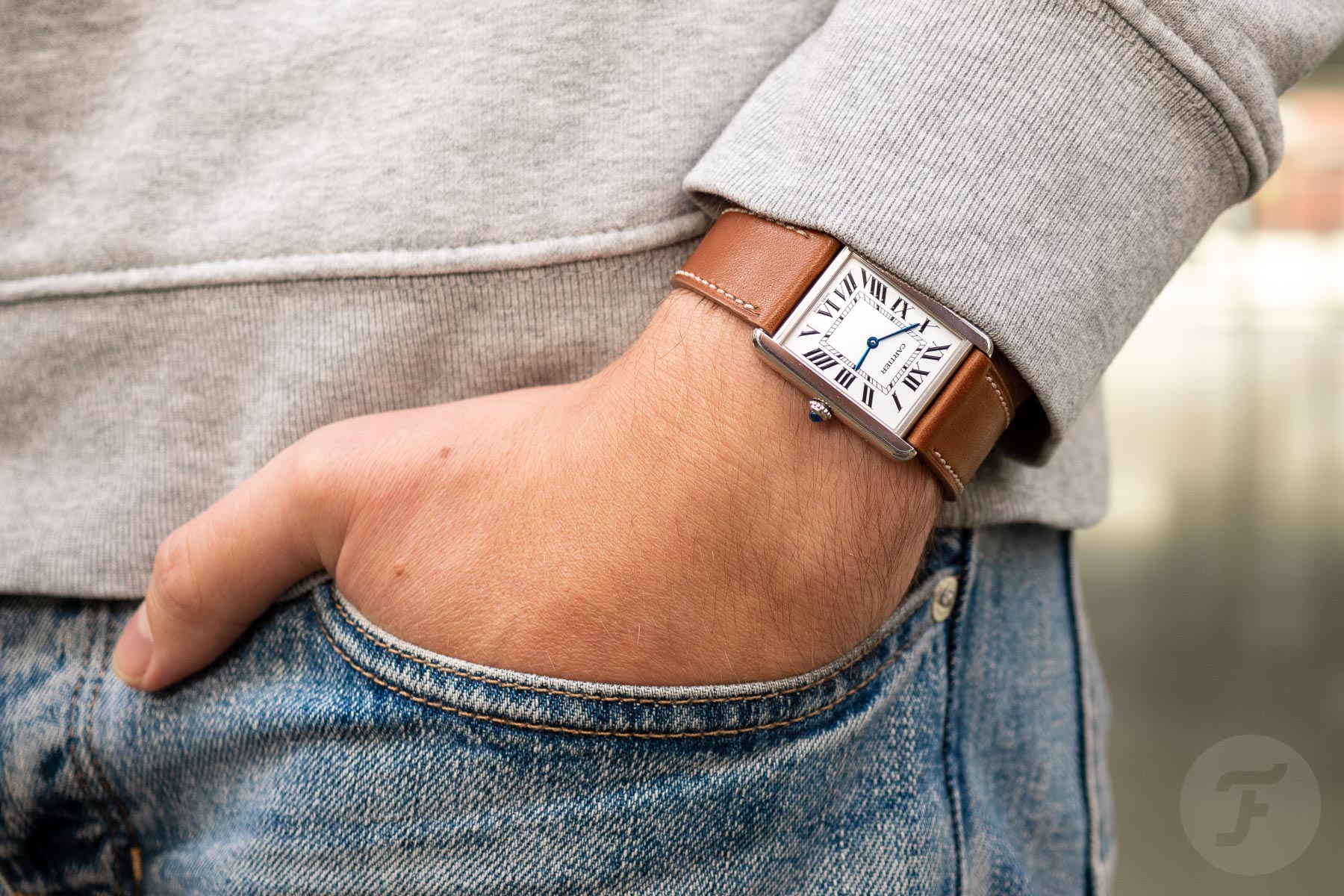 I just love the Tank dressed down with casual attire

The Cartier Tank is not a dress watch at all

I had always considered the Cartier Tank a true dress watch. The kind of watch you would wear to fancy dinners and the opera. Now, that is not my lifestyle in the slightest. I am happy to report, however, that the Tank is not a dress watch at all!

The moments I liked it the most were when I paired it with super-casual attire. I just love the contrast — faded jeans, sneakers, a white T-shirt, and the Cartier Tank. By taking it out of its luxurious, old-world context, it just came alive to me. It made me feel incredibly cool. Sure, I will kick in that assist before you do in the comments: way cooler than I actually am, probably.

Last night, however, I paired it with a dress shirt to go to a jazz concert. It made me feel like an old fart. It was way too serious for me. It suddenly felt like that lofty statement of “proper taste” and old money, which it absolutely hadn’t all week. It had felt like an awesome-looking and very accessible watch before. It seemed to add twenty years to my age now. This is certainly personal. I fully understand that many of you may appreciate the Tank for precisely the opposite reasons. 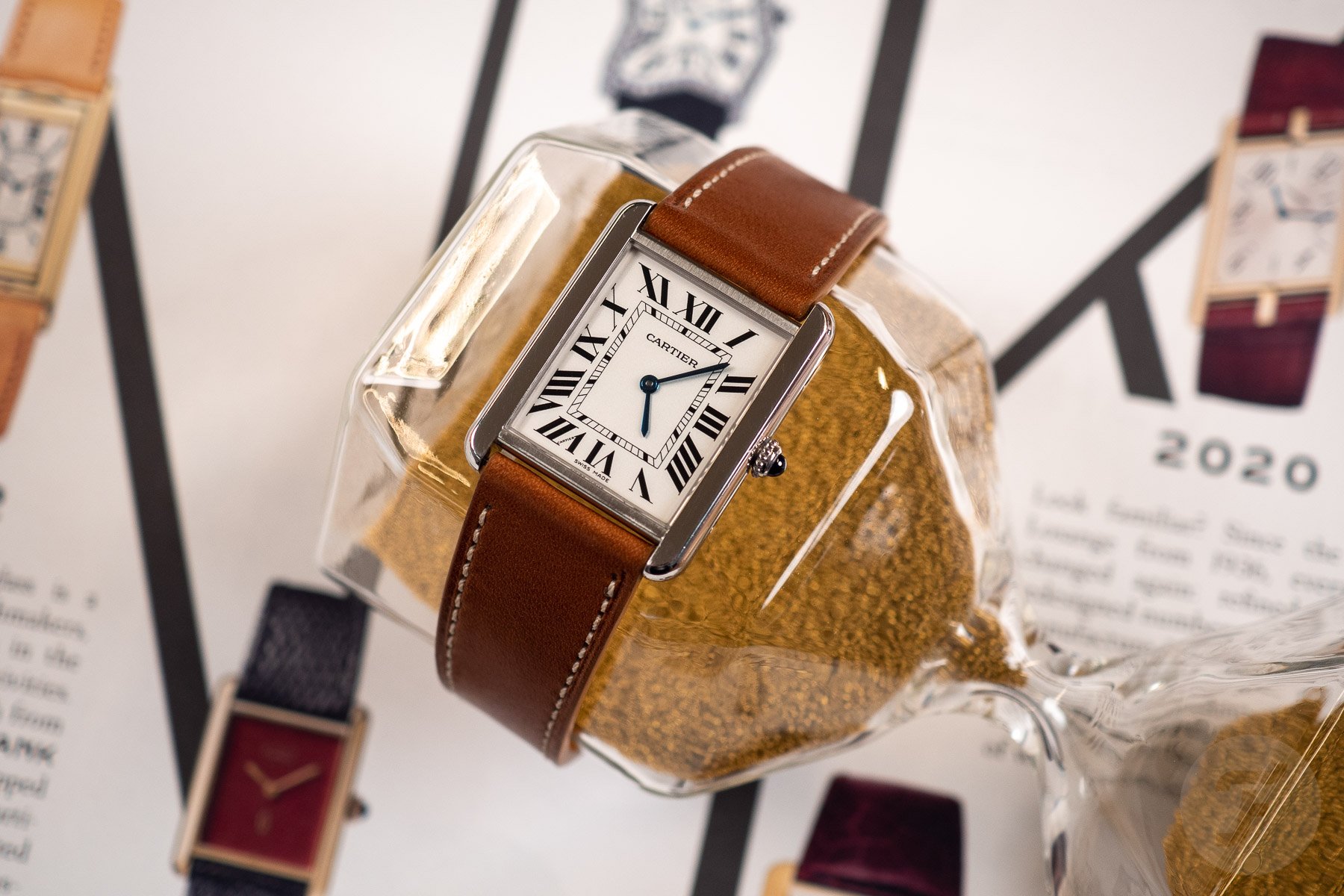 A whole lot of feelings going on

I used a tense of the verb “to feel” four times in the previous section. That might be bad writing on my part, or it says something about my relationship with the Cartier Tank Solo. It is probably a bit of both, but I am hoping it is more of the latter.

The truth is, wearing the Tank Solo is a radically different experience than wearing round mechanical watches. It is physically different in shape, thickness, time display, and being quartz-powered. It is also very clearly an iconic item that transcends the mere time-telling device. It challenges my notions about what constitutes a good watch. This watch is not technically impressive. It is not meticulously finished. There are no ticking mechanics that I could interpret as being soulful.

But it is a cultural statement. And I was constantly aware of that. I absolutely loved the thing, but I could not apply my normal justification to it. I have convinced myself there are all these noble reasons to be into watches. Except for having a rich and relevant history, the Tank does not fit those at all, but it triggers this strong response in me nonetheless. 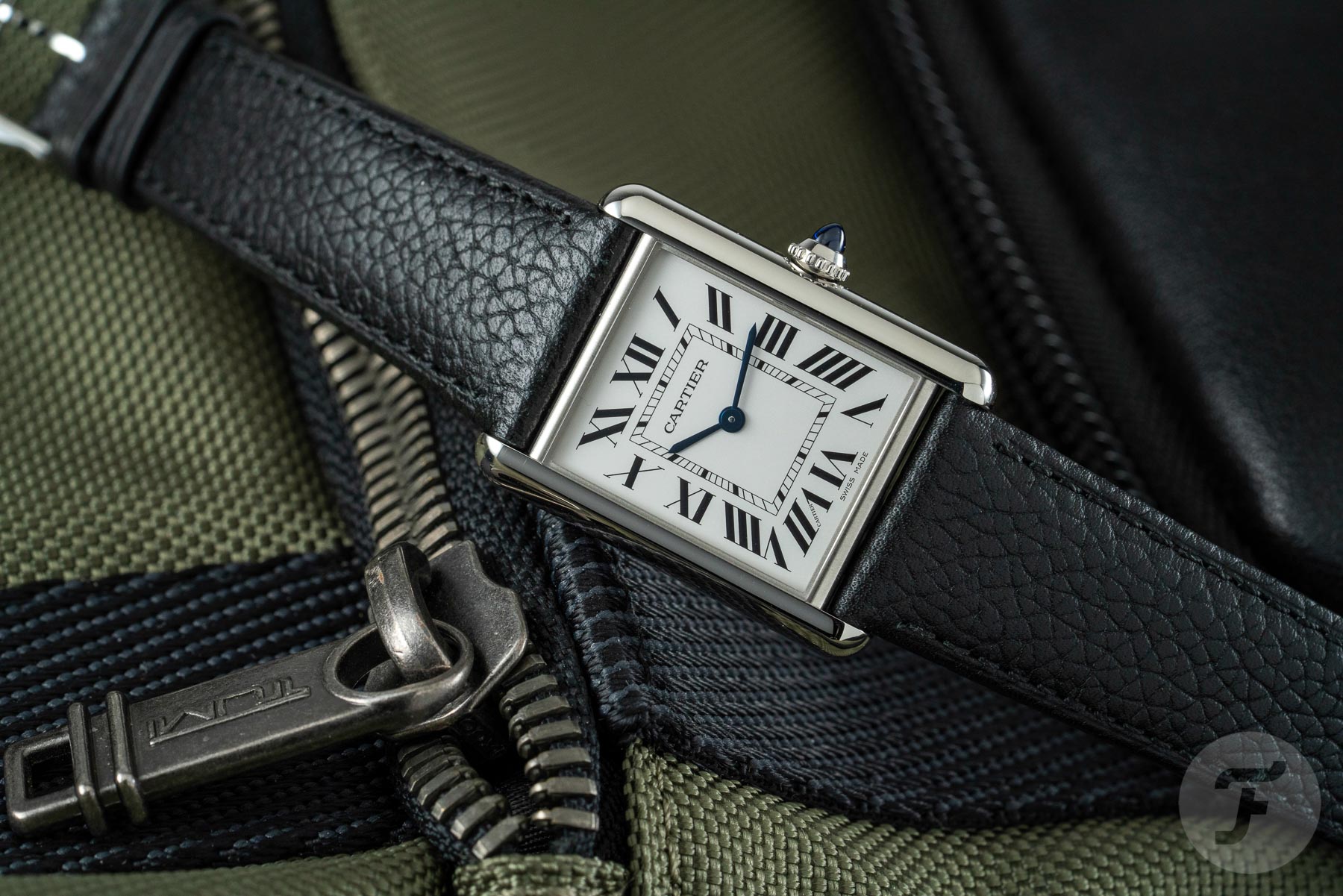 This is not the Solarbeat version, but it is the case shape I would pick

Getting a Cartier Tank of my own

The above is actually very attractive to me. Once you have collected a certain number of watches, you become harder to impress. The law of diminishing returns kicks in. Every next watch adds a smaller chunk of actual pleasure.

Unless it offers something truly unique, that is. And, as you can clearly see from my struggle to find the right words in this article, the Tank does! If I were to own one, I think it would not see the majority of my wrist time. But, at the same time, it would add a great deal of depth — or rather, perhaps, width — to my collection. And I now know for certain that I would absolutely love it on the days I strapped it on.

My pick of the bunch would be the new Cartier Tank Solarbeat large. I like the perfect implementation of solar technology in that watch. I also prefer the slightly slimmer case with the rounded brancards. The only aesthetic element I dislike about the older Tank Solo is the flattened top of the brancards. 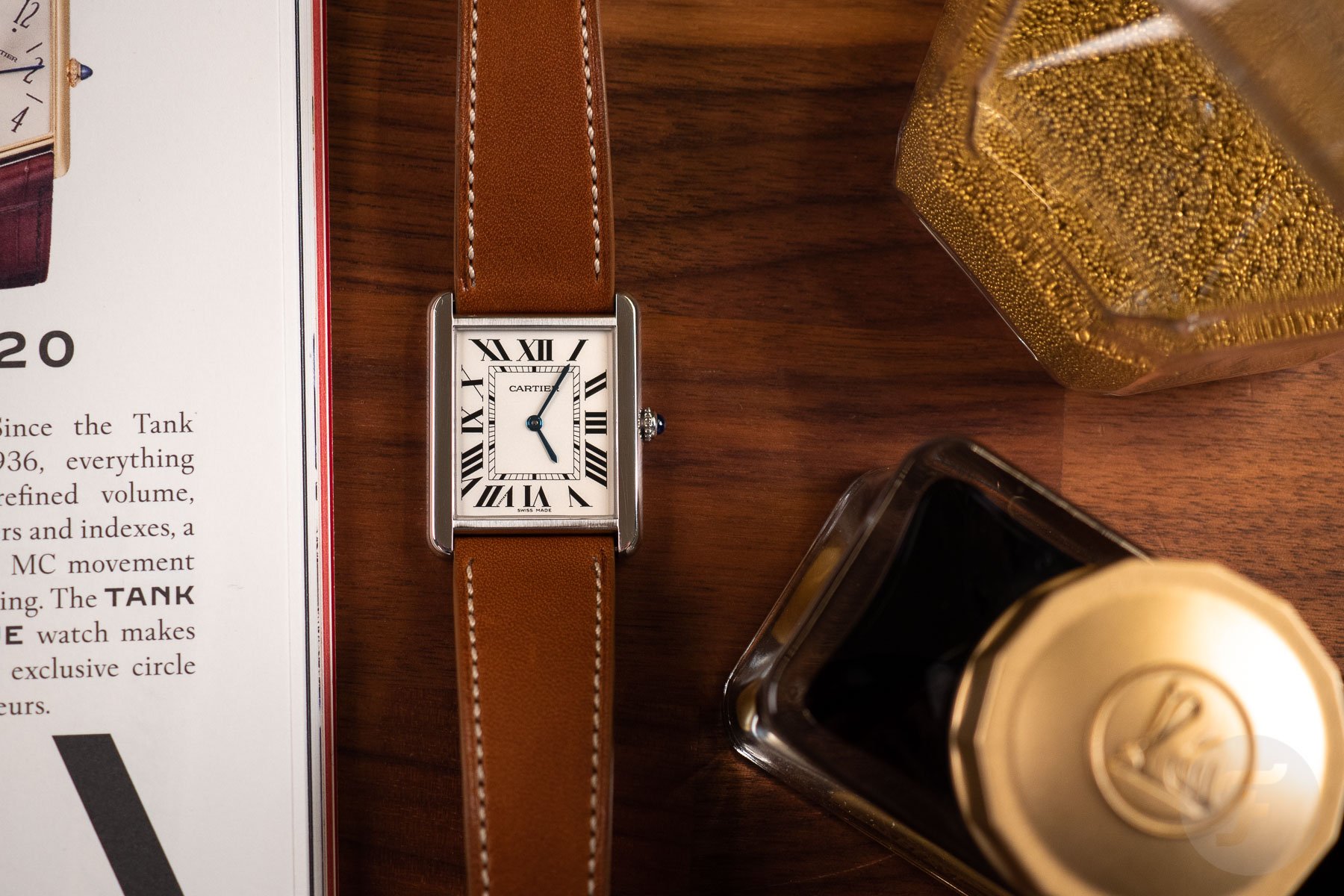 Well, this experiment turned out particularly interesting for me. The whole idea of this series is to wear a watch that is outside of your comfort zone. And boy, this was. Getting to experience it for a little longer than a mere test fitting was an eye-opener. It challenged my preconceptions about watches and opened the door to a wider range of horological experiences. That is a fancy way of saying that I am now eager to try stuff further outside my ordinary picks.

I have to add that it only feels like it suits me when I pair it with particularly casual streetwear. If I wear anything even remotely formal, the Tank makes me feel posh in a way that just isn’t me. I would not buy one as my only watch, but I am certainly contemplating adding one to my collection now.

Nacho, thanks for lending me this beauty! I am sorry to have to let it go. But Cartier, there might be a love affair awaiting us in the future! Let me know in the comments below which watches have challenged your preconceptions about watches.