The T-Touch has come a long way since it was touted by Tissot as the world’s first tactile watch in 1999. The revolutionary ana-digi wristwatch was equipped with a sapphire crystal that acted as a touchscreen. More than two decades on, those deft little taps on the screen not only allow you to activate outdoor functions but also connect you to the greater world. Having gone through evolutionary breakthroughs in both its hardware (solar) and software (connect), the latest T-Touch Connect Solar is all about amping up its smart-connectivity features.

Primarily catered to the active and adventurous wearers, the T-Touch has remained competitive in the “tough premium” space. Being Swiss-made and backed by the Swatch group may have brought a certain cachet. However, in the past decade, being up against a whole host of “smart” watches from Japan and elsewhere that have thrived in this category, the T-Touch started to look as if it was losing its touch. 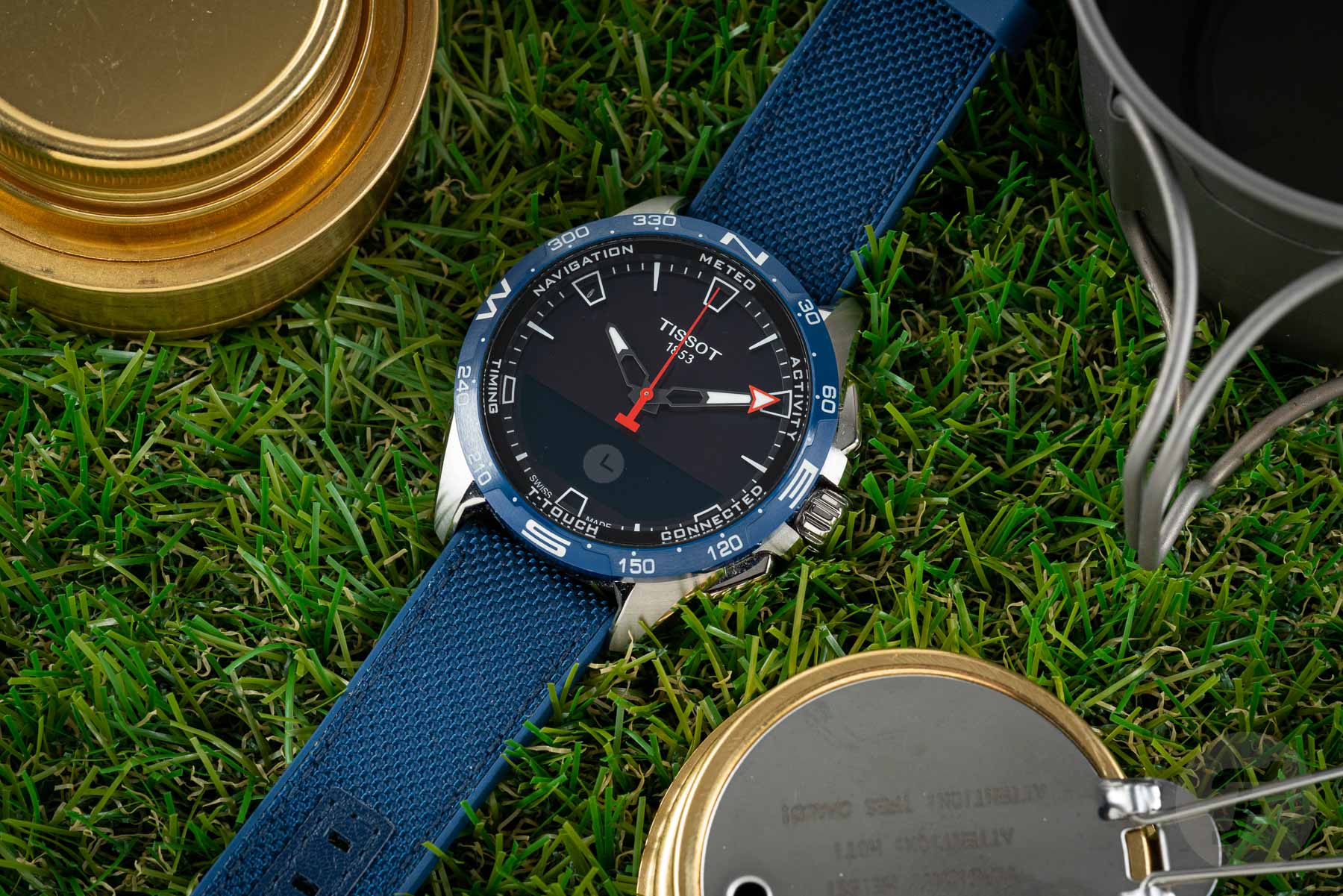 On the contrary, Tissot was already quietly embarking on an ambitious endeavor to advance the T-Touch line. The Swiss brand first introduced a solar-powered watch in 2014, namely the T-Touch Expert Solar, which RJ reviewed here. Then Tissot created a connected watch using the SwALPS low-energy operating system, developed in Switzerland by Swatch Group in collaboration with CSEM, a tech development service provider. According to Tissot, SwALPS was the first-ever operating system to support smartphones that ran on iOS, Android, and Harmony. When this long-awaited connected watch was unveiled in 2020 — the T-Touch Connect Solar — Tissot once again catapulted itself to the front of the race. 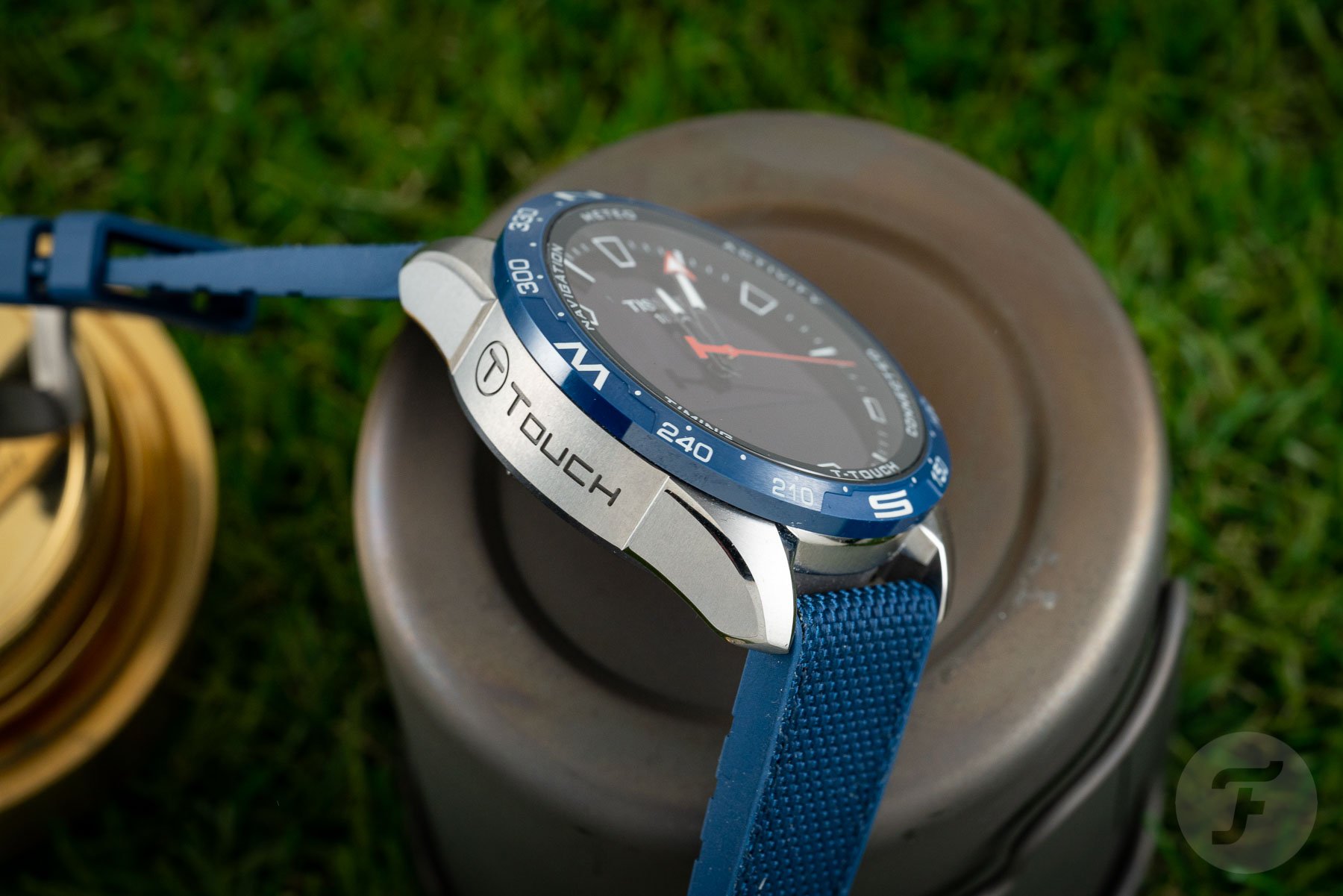 Of course, as with any new tech, the first generation is never the finished product. And staying relevant to the market requires long-term commitment and resources for updates and upgrades. Balazs already covered the original T-Touch Connect Solar here. While it was a feature-packed connected tool watch with impressive credentials, I get a sense that the latest version we are seeing here is billing a lifestyle.

On top of the functionalities from the first generation, the new T-Touch Connect Solar comes with added features to promote outdoor usage. With the activity tracker, you can now record your trails and save the logs in the app to keep track of your accomplishments. According to Tissot, the software of the watch will be updated to sync your activity data across platforms with Apple’s Health app, Google Fit, and Huawei Health. 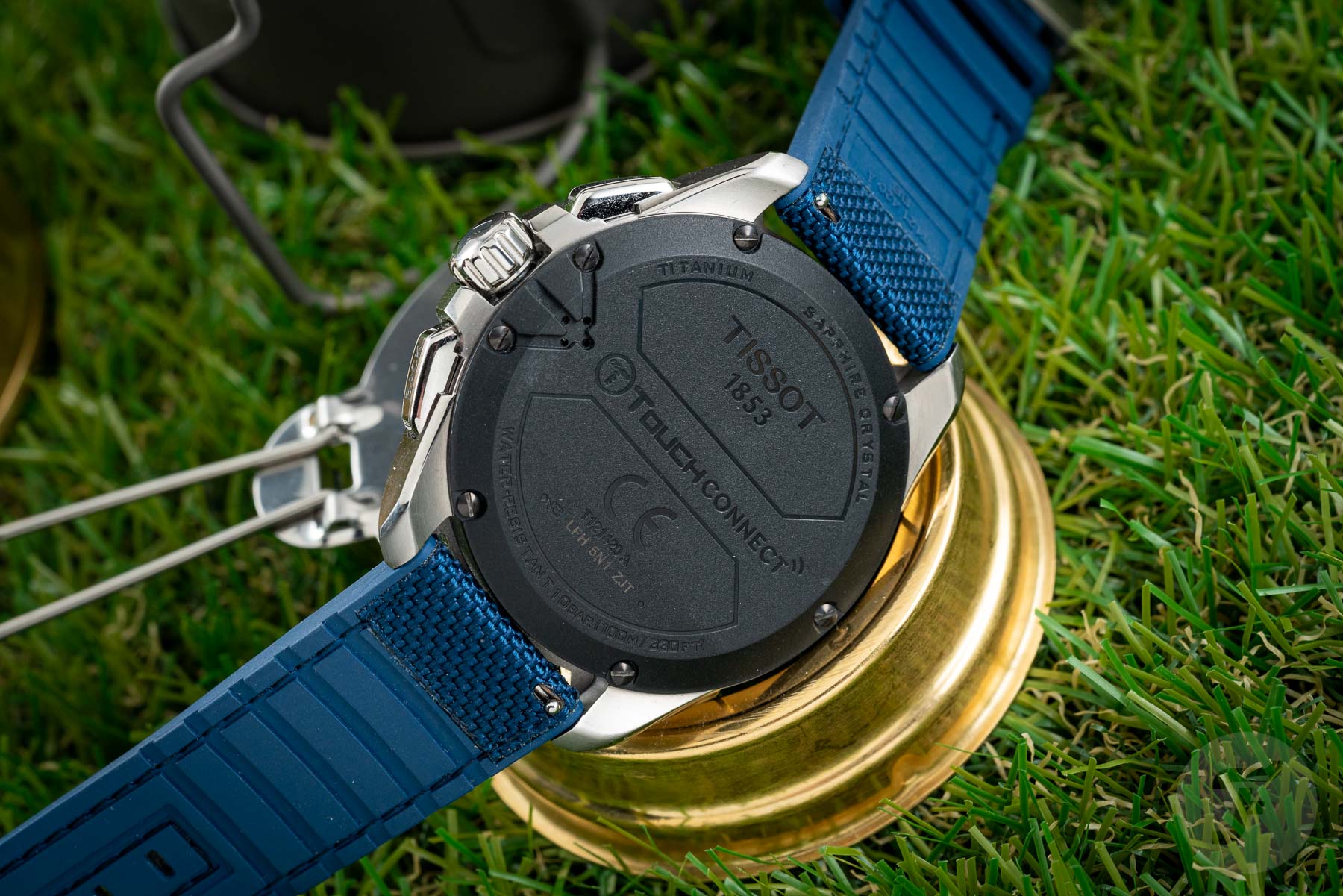 An even more thoughtful feature is the “bring me back” navigation tool. It uses emergency GPS built into the watch to determine your point of origin. So, when you are out or lost in the wilderness, you can find your way back based on the distance and direction. Tissot says this feature will further improve to track your path and retrace your steps. It will also be enabled even when your phone signal is out of range.

The upgraded connectivity can help to engage not only your body but also your mind. The watch can receive notifications and let you keep up with live scores from any NBA games (Tissot is the NBA’s official timekeeper, after all). It can also provide real-time updates from the major cycling races around the world such as the Tour de France, Giro d’Italia, and La Vuelta. As you would expect, the T-Touch Connect Solar also displays incoming messages, calls, reminders, and social media updates on-screen. 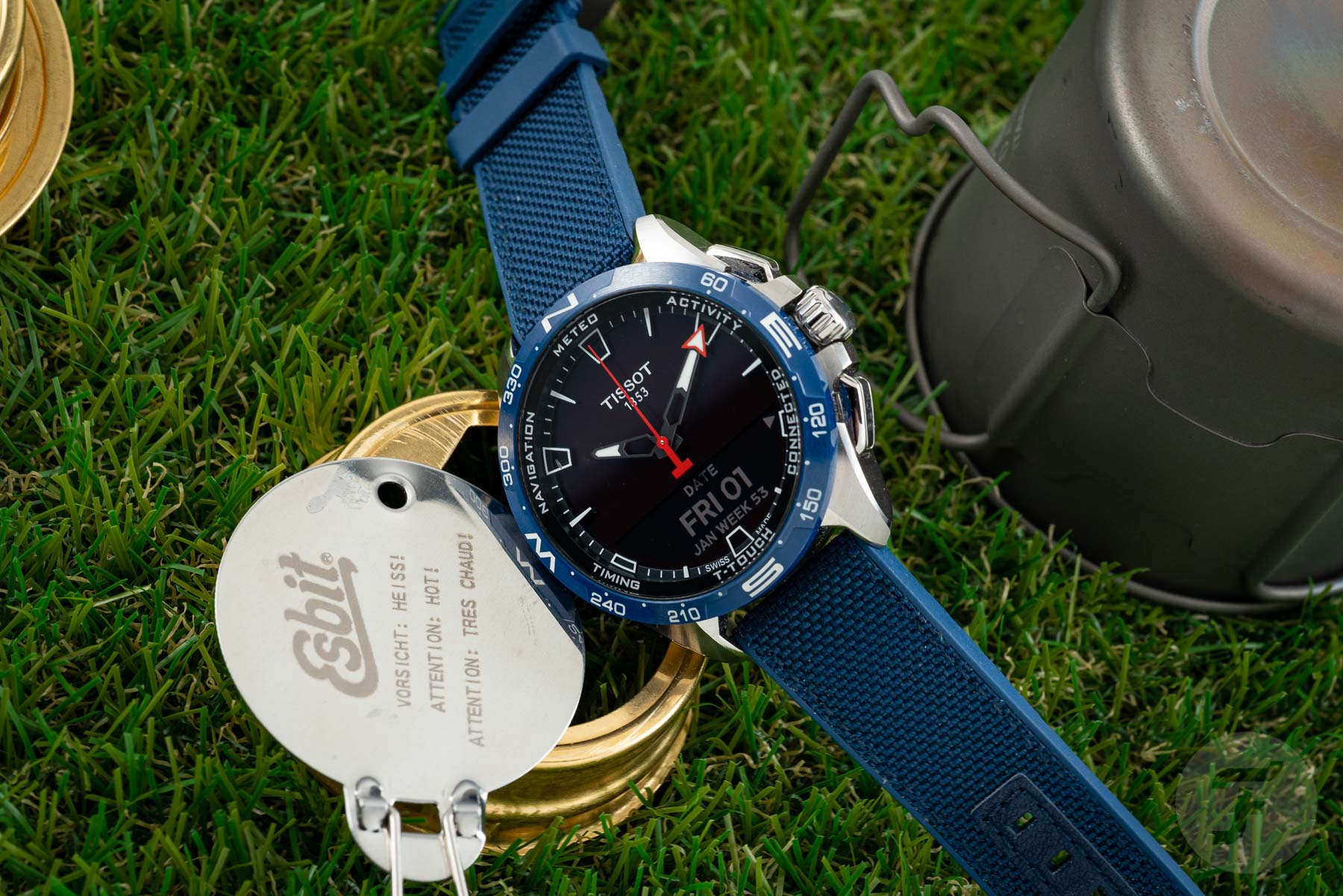 Living consciously is about more than the body and mind. Tissot is certainly not shy about the environmental angle of the T-Touch Connect Solar. The watch is built to last. There may be a lot going on in the watch, but everything runs on the aforementioned low-energy operating system. Not to mention, the watch is powered by the sun and can operate for six months on a single charge. So as long as the watch is exposed to light before the battery runs flat, the power can effectively be topped off indefinitely.

Another advantage of being in a new breed of solar-powered connected watches is the form. The T-Touch Connect Solar is a wristwatch of quality and conventional aesthetics. The case is crafted in titanium and the bezel in ceramic. With its almost 170 years of heritage in Swiss horology, Tissot doesn’t want to offer you just another gadget for the wrist. Therefore, all the connectivity can be switched off so that the T-Touch can function as a simple three-hand timepiece. 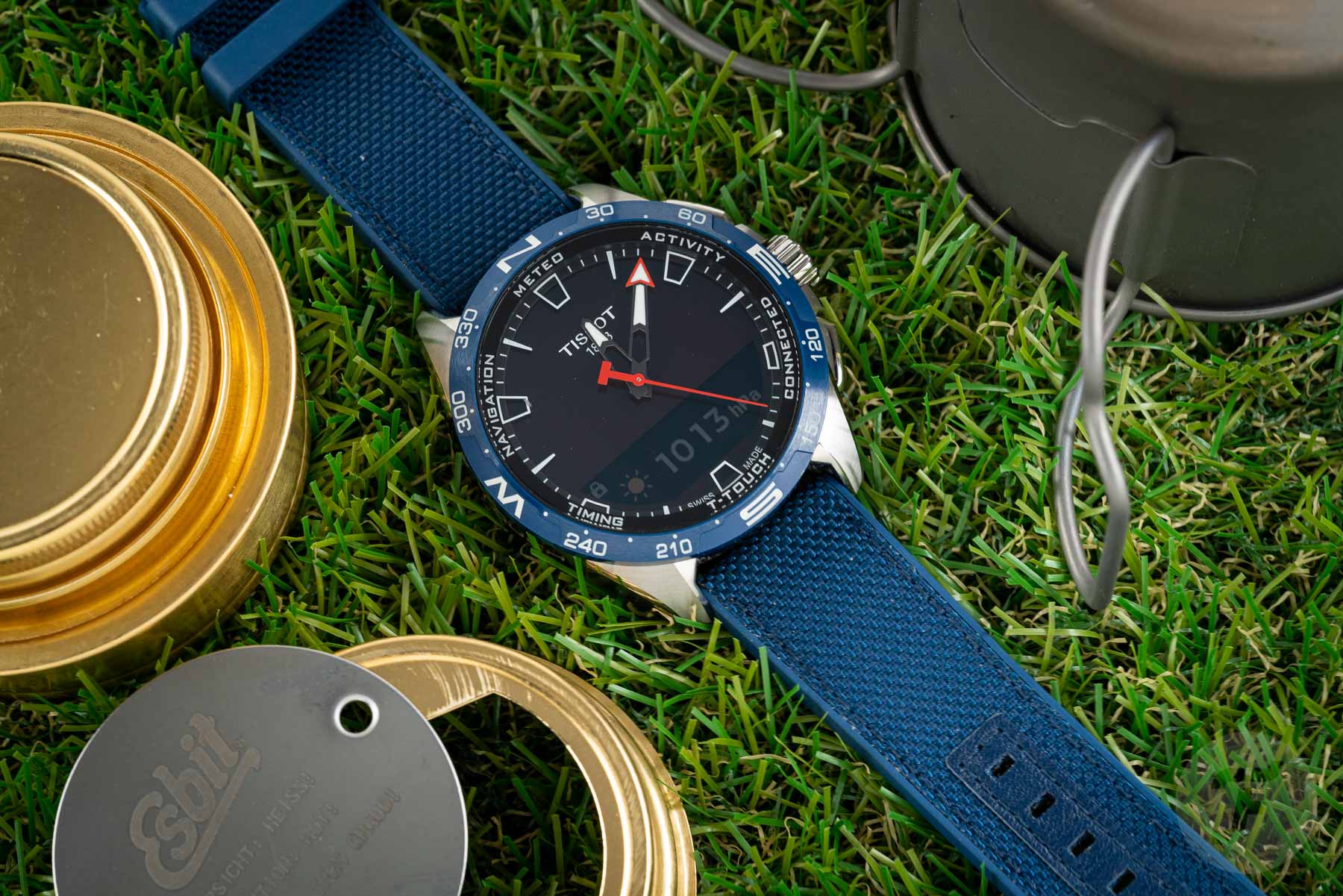 The technology serves the design rather than vice versa. As such, the solar panel itself is incorporated into the watch, whereby the dial is one piece of photovoltaic cell. The dial layout is clean with white markings for hours and minutes. The Super-LumiNova-coated hands are skeletonized so they do not cover the digital screen. The screen is a low-energy MIP (Memory-In-Pixel) display and comes with a backlight. Topping it off, of course, is the scratch-resistant sapphire crystal touchscreen. The movement itself is the Swiss ETA E32.001 connected quartz caliber. The case is water-resistant to 100 meters, which will be plenty for most active lifestyles. 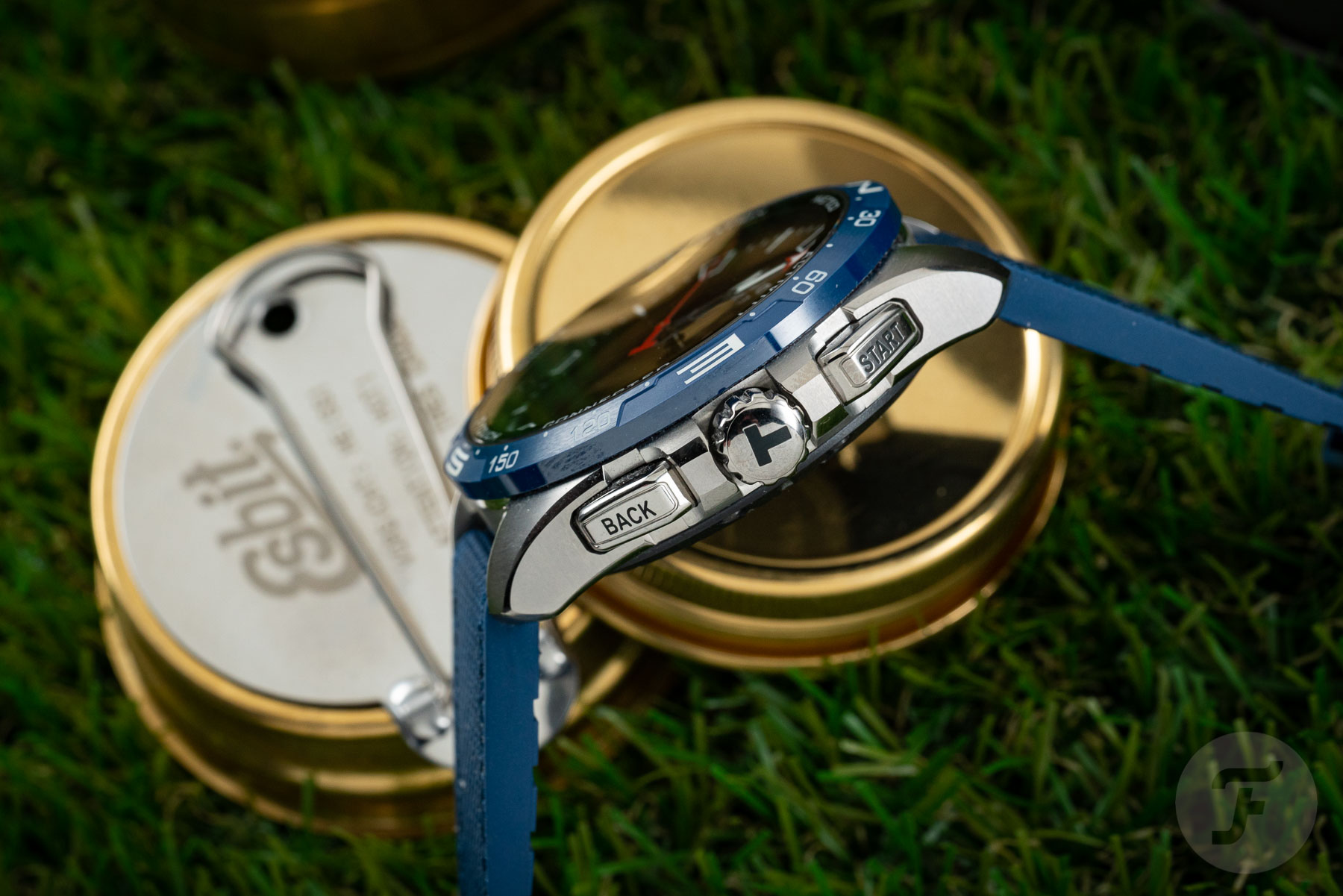 Now, the stickiest point of the watch for some people may be the size. It measures 47.5mm in diameter and 15.3mm in thickness. It does weigh only 98g and comes with a blue textile/rubber hybrid strap, which aids wearability. You also have the option to purchase a leather strap.

Some may call the T-Touch Connect Solar a piece of wearable tech. We in the watch world call it a high-spec quartz tool watch. It’s no doubt a useful piece of kit for those who want to stay active and connected. The retail price for the T-Touch Connect Solar is €995 inclusive of VAT. In that tough premium space, Tissot faces stiff competition from other watchmakers. That said, the T-Touch still has mileage left and a fan base for a connected watch that is Swiss-made. Tissot does not lose sight of that and takes itself out of the short-lifespan “smartwatch” category. Instead of selling features, it’s playing the conscious-lifestyle card. If Tissot continues to evolve the T-Touch Connect Solar and keep it relevant, as the brand says it will, it may be enough to win hearts.