Confusion all over the place. By us, by Tudor, by other members of the press. Is it called the Tudor Black Bay Black or Black Bay Dark? Tudor even mixed it up on their Instagram feed. During the presentation in BaselWorld, one day after the event we wrote about here, we were able to sort it out quickly when Tudor management got involved. It is the Black Bay Dark, it was wrong on the presentation slide and wrong on the official Tudor feed on Instagram.

All confusion aside, the Tudor Black Bay Dark is killing it. Probably – again – Tudor released the most talked about piece in Basel, perhaps it even overshadows the enthusiasm for the new Rolex Daytona. That might have to do with the fact that the Tudor speaks to a larger audience due to the friendly price.

So normally I end an article with the price, but let me already mention it right now for you. On leather, the Tudor Black Bay Dark reference 79230DK, the list price is CHF 3950 Swiss Francs. The leather strap comes with a PVD treated folding clasp. On the steel bracelet, the price is CHF 4250 Swiss Francs. These watches will be delivered to their retailers from July on. Both options come with a grey fabric strap. 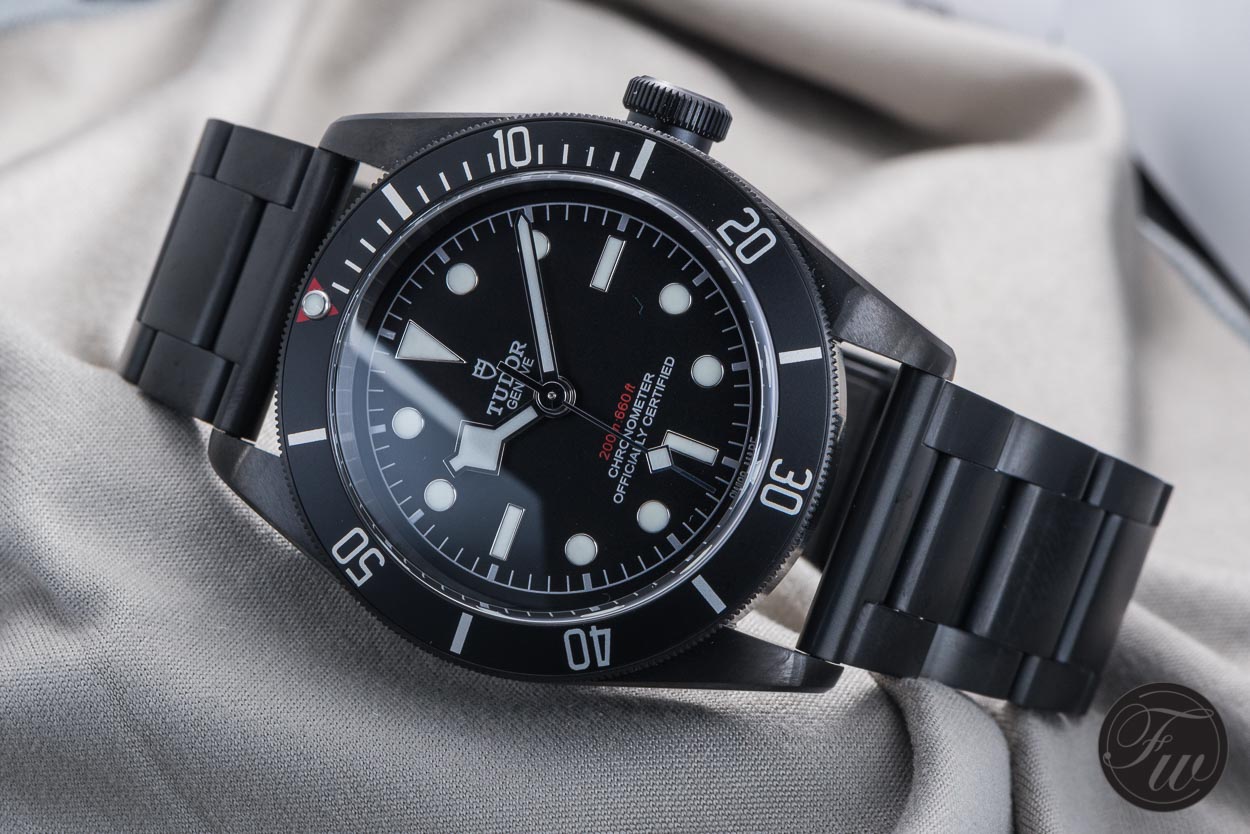 Where some people are a bit turned down by the 43mm case of the Black Bay Bronze, the Black Bay Dark is equal to the stainless steel models (in burgundy, blue and black) with its 41mm diameter.

So basically, the stainless steel Tudor Heritage Black Bay received a PVD treatment. It made me wonder though, why they choose for PVD instead of the more popular or ‘favored’ DLC treatment. I used to associate PVD coating with those Orfina, Porsche Design and Sinn pieces from the 1980s in black. In the end, PVD is more sensitive for scratches and ‘wearing’ than DLC treated watches. 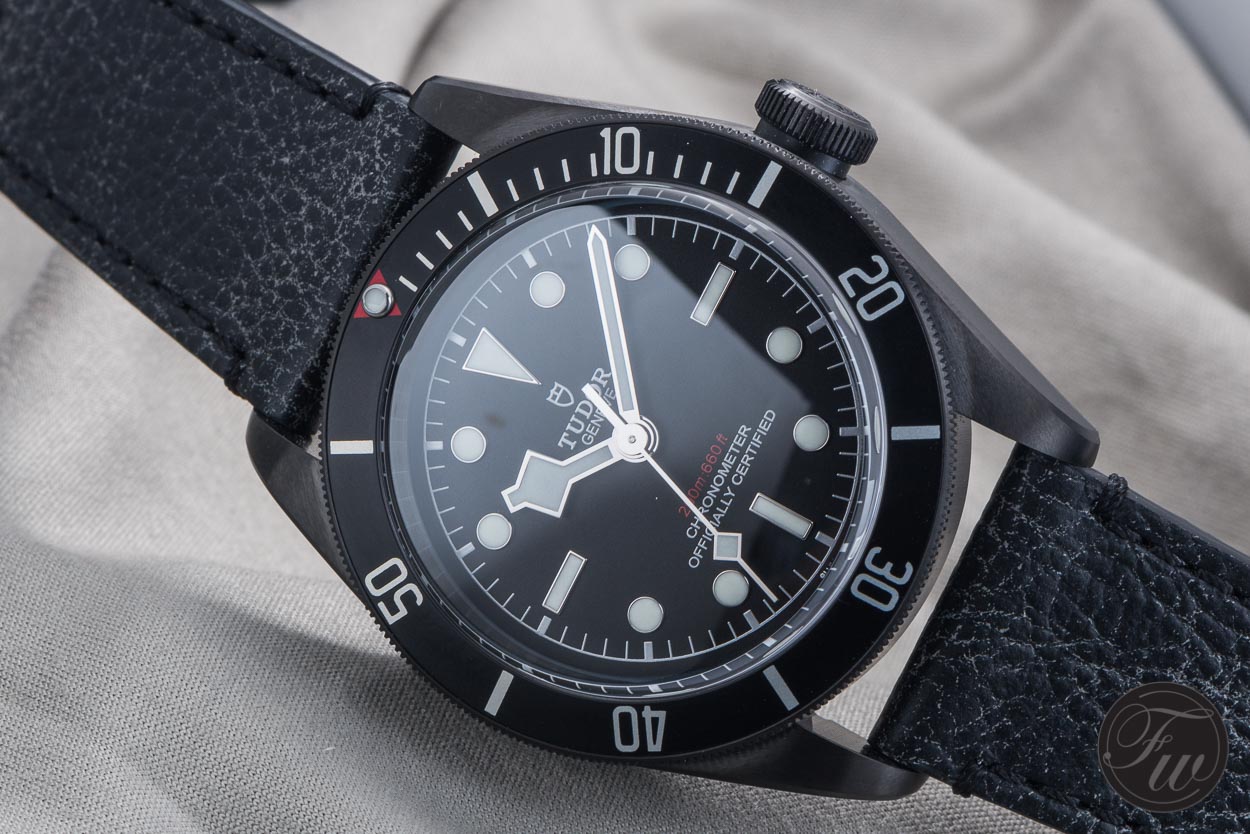 The straight-text writing on the dial (instead of the curved writing on the previous ETA based Tudor Black Bay models) indicates that this Tudor has an in-house developed movement. The Tudor Black Bay Dark 79230DK has caliber MT5602, a chronometer certified movement with 70 hours of power reserve. Tudor’s caliber MT5602 uses a silicon balance spring.