It’s time for Two For Tuesday where we consider a pair of watches that just might have to go head-to-head to make it onto your shopping list, or in this particular case, your wish list. Today, we look at a couple of outrageously exuberant creations and present you with an epic showdown between a couple of outrageous tourbillons. Two For Tuesday: Audemars Piguet Black Panther Vs. Kross Studio Death Star promises to be a battle between good and bad, the establishment versus the newcomer, man against machine.

When two tourbillons do battle things go wild. If we could travel back in time, we would be able to witness Louis-Abraham Breguet in action when he took his tourbillon creations to the Champs de Mars to take on other master watchmakers and their time machines. No, that didn’t happen, I’m well aware of that. But in a universe where a Black Panther Flying Tourbillon and a Death Star Tourbillon exist, anything is possible, even going back in time and altering the history of watchmaking. Just imagine Breguet throwing tourbillons around as if he were in some sort of Pokémon showdown. But maybe we should focus what we have going on in our own star system right here in the present. And that’s outer-worldly enough because what we have here today is monumental. Two For Tuesday: Audemars Piguet Black Panther Vs. Kross Studio Death Star. Engage! 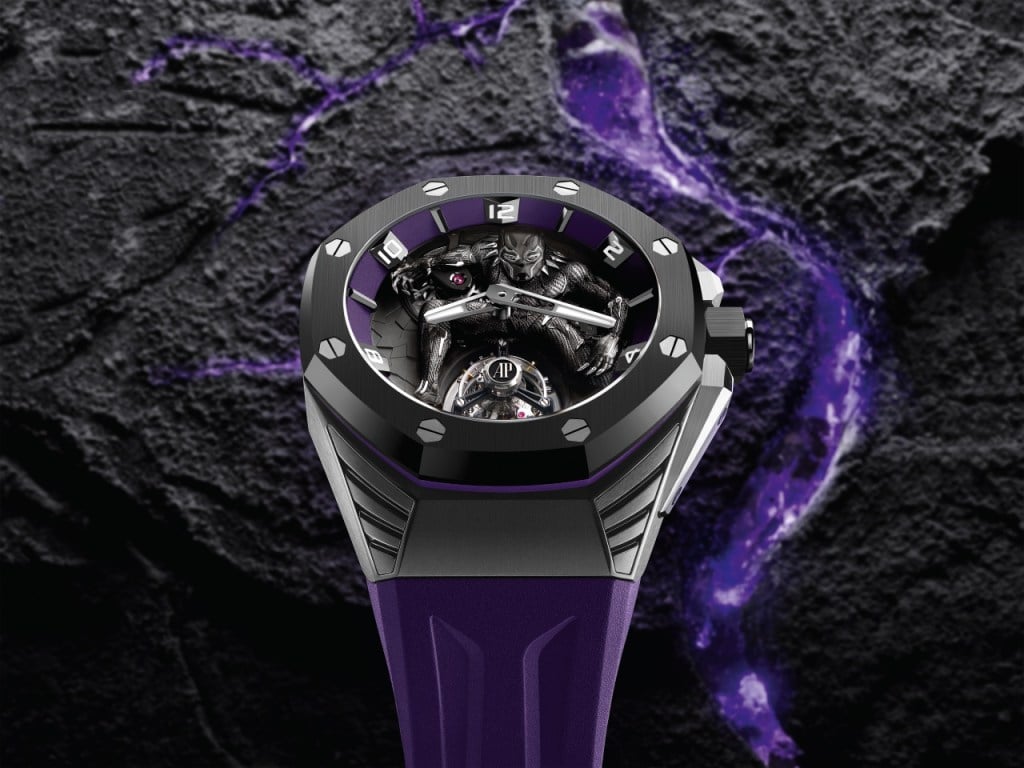 Let’s start by introducing the Royal Oak Concept Black Panther Flying Tourbillon (Ref. 26620IO.OO.D077CA.01), a limited edition of 250 pieces. But does this watch really needs any introduction? I guess you’ve seen it, had a thought about it, and maybe even left a comment somewhere on Instagram. And when you wrote that remark did you contemplate the 42mm sandblasted titanium case with satin-brushed titanium inserts and black ceramic bezel and crown? 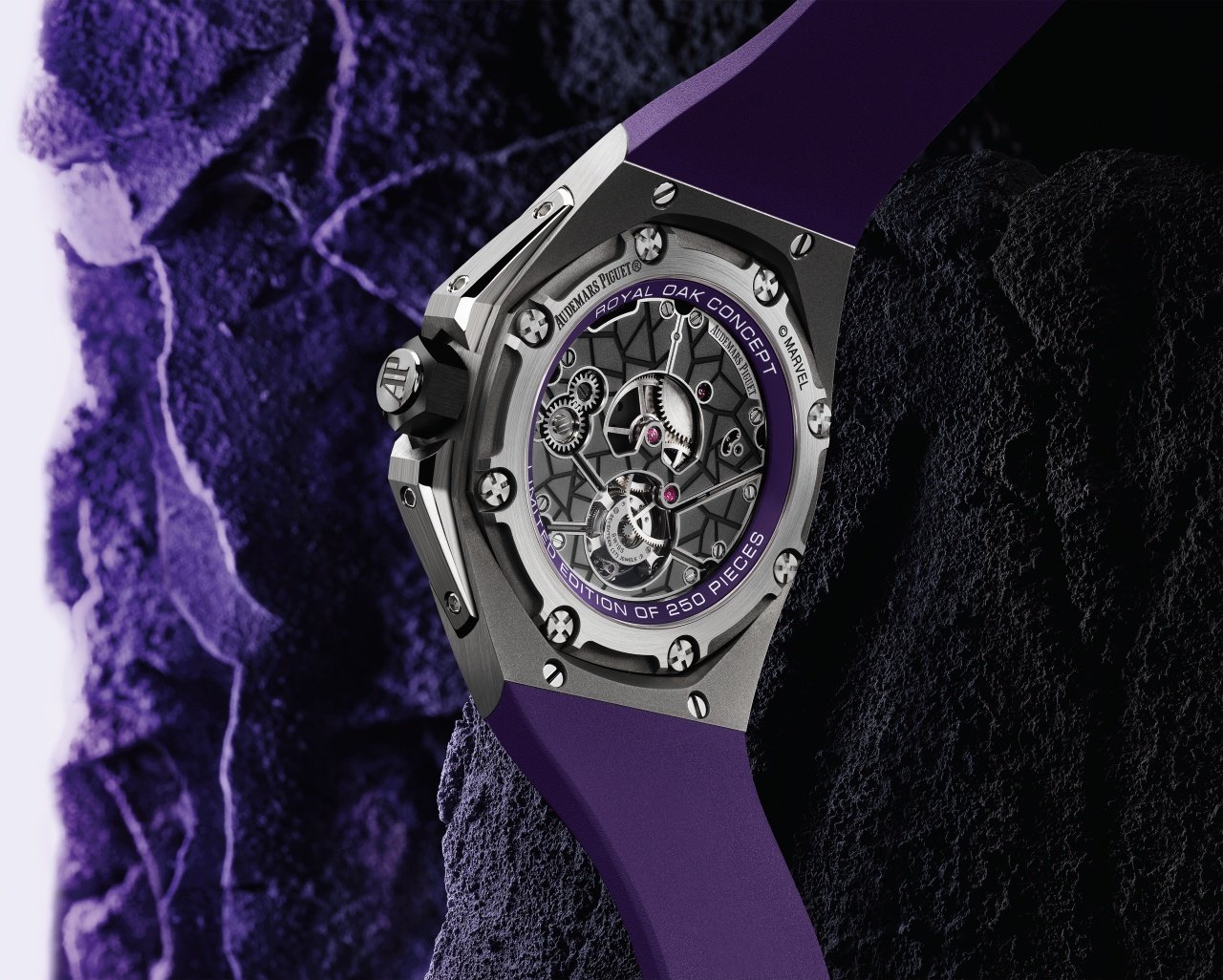 And what about the watch’s hand-wound Caliber 2965 made of 242 parts with a power reserve of 72 hours? I bet you didn’t. You saw a watch with a bright purple strap and Black Panther smack in the middle of the dial. And that’s a hand-painted white gold 3D Black Panther by the way. More on that later. 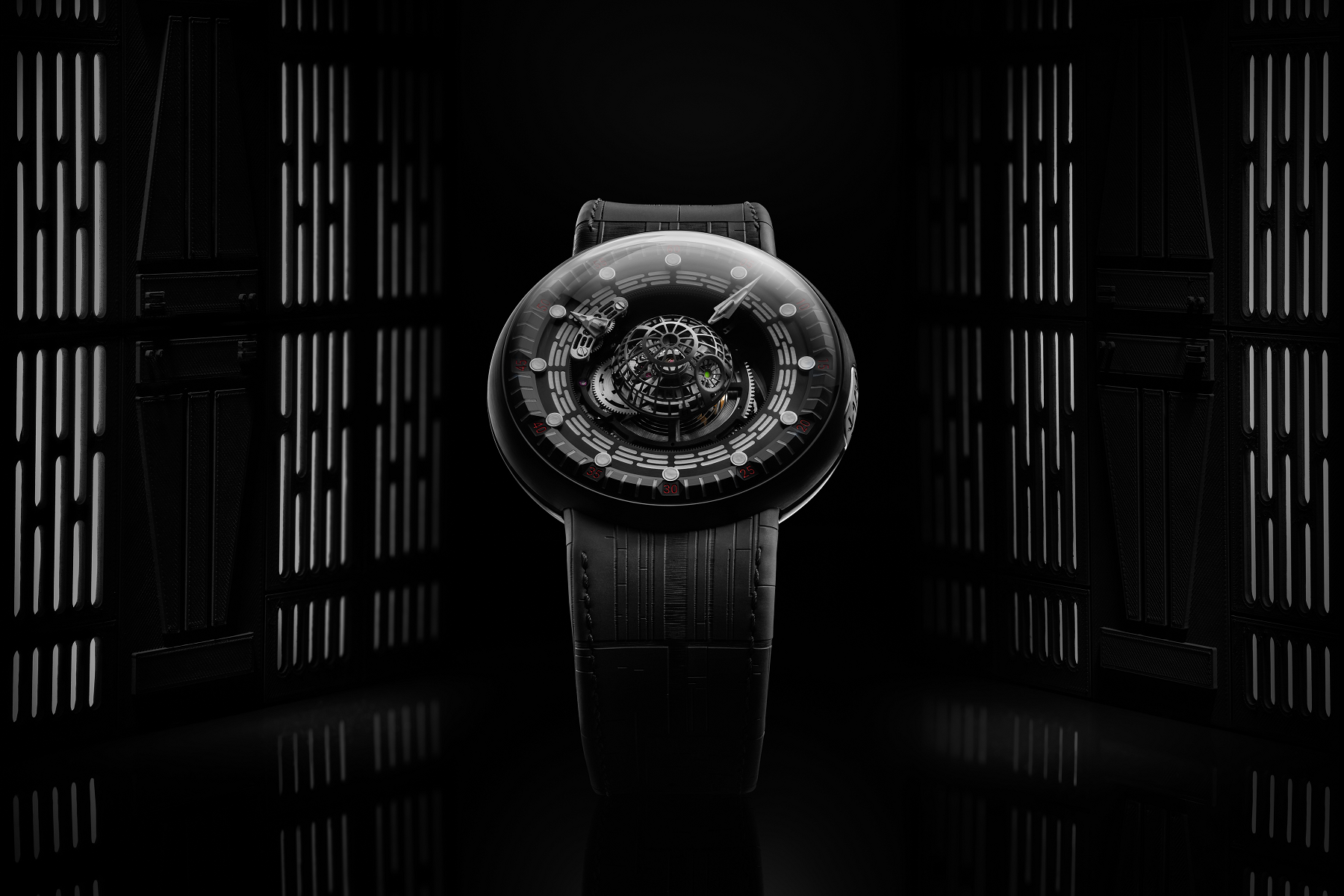 Taking on the inspirational hero of Wakanda is a watch that won’t be sold on the planet Alderaan for obvious reasons. In the Kross Studio Death Star Tourbillon the mechanical “whirlwind” literally takes center stage. The miniature Death Star in the middle IS the tourbillon. The hour and minute hands are affixed to a peripheral display that orbits 360 degrees around the tourbillon. Central tourbillons are rare in our galaxy. Omega’s De Ville Central Tourbillon comes to mind, and after some more thought also the Bulgari Papillon Tourbillon Central and the Hysek IO Jumping Hours Tourbillon. But after these three the mind goes blank. 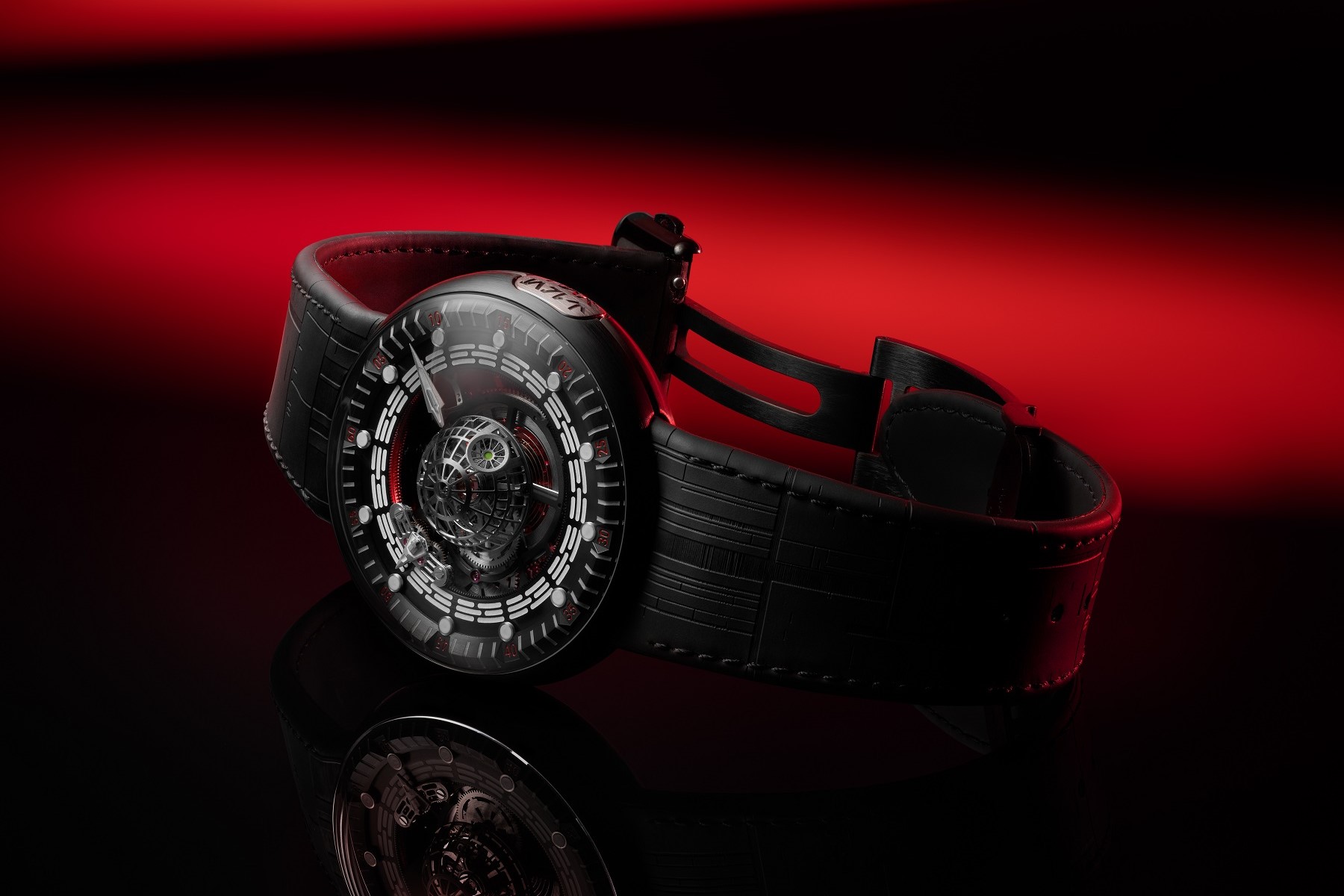 If you look closely you can spot, a green laser cannon capable of destroying planets.

Kross Studio, a young company that was founded last year in Gland, Switzerland, took full advantage of the central tourbillon and placed the turning Death Star in a 45mm black DLC coated grade 5 titanium case. If you look closely, you can spot a green laser cannon capable of destroying planets. Well, the space station’s original kyber-crystal-enabled weapon could anyway. Kross Studio equipped its creation (of which ten pieces will be made), with a manual-winding movement that delivers a five-day power reserve. And if you’re looking for a crown you’re doing that in vain. An ingenious, inset push-button system replaces a traditional crown. Kross Studio developed a D-ring shaped crown on the case back that winds the watch. And that ensures a sleek, space-age styling of the case. 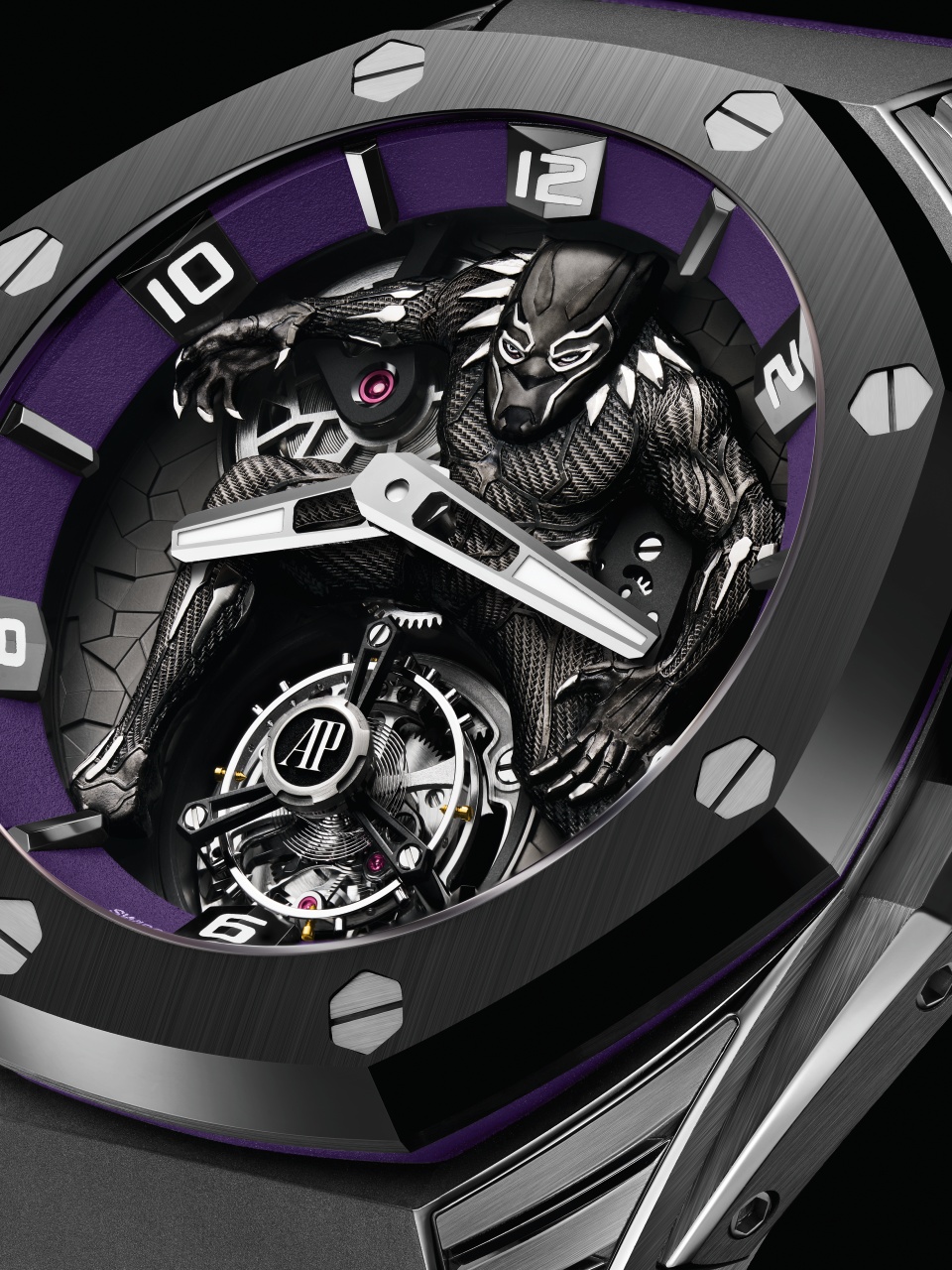 Who has the upper hand?

Let’s look at some more details in both our contenders. The white gold 3D Black Panther is a fine example of meticulous craftsmanship. But because of that the “AP BP” is also quite literally a watch with an action hero on the dial. I also want to point out another aspect behind it. The deeper meaning of the superhero and the way the “haute horlogerie” watch manufacturer is using it.

How do the good people in idyllic Le Brassus look at the world outside their secluded valley?

But before I do, I have to tell you about a punk-inspired watch trio AP presented a couple of years ago. The three Diamond Punk diamond-set spiked cuff watch had a price of around $1 million. Well, how punk is that? It’s everything punk stood up too. And no punk alive can afford the Diamond Punk (Johnny Rotten excluded). The CHF 150,000 “AP BP” is based on a comic book that’s all about Black liberation and anti-imperialism. How do the good people in idyllic Le Brassus look at the world outside their secluded valley? Maybe the Vallée de Joux is the Swiss equivalent to Wakanda. 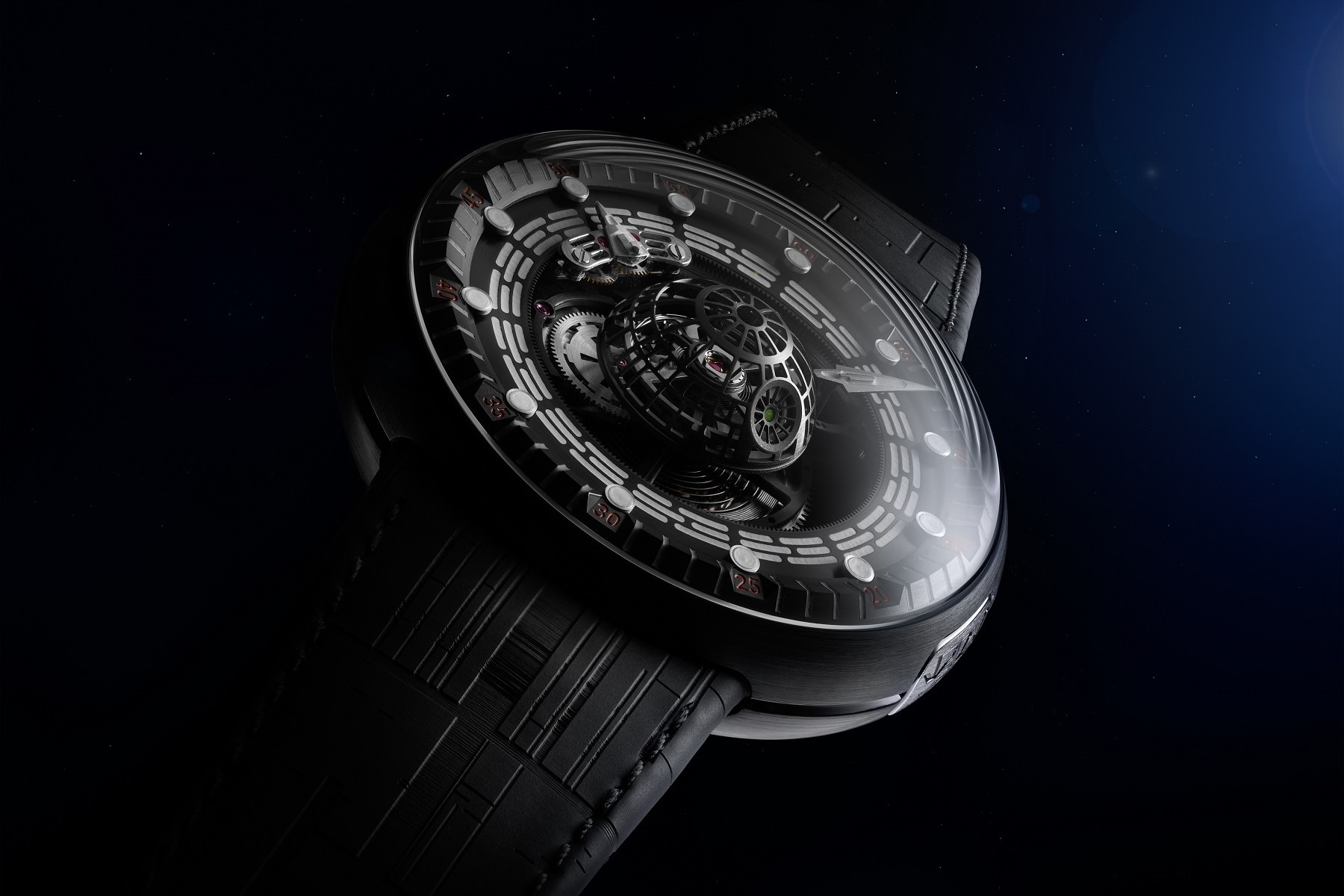 … the minute hand appears as a Super-Class Star Destroyer.

The details you find in the $150,000 Kross Studio Death Star are also miniature depictions of  film fantasy. But in this watch there’s more to look at than just the name giver. For example, the hour hand takes the shape of an Imperial-Class Star Destroyer. While the minute hand appears as a Super-Class Star Destroyer. And last but not east, the fixed hours wheel, filled with white Super-LumiNova “blue emission”, is inspired by the lighting halls embedded in the Imperial vessels. While AP makes way for a heroic ambassador of a fictional country that represents what Africa could have been without colonization, Kross Studio decided to glorify a space warship capable of wiping out planets and all of its inhabitants. Everything is fictional here, but still, when you look at it like that, wow. 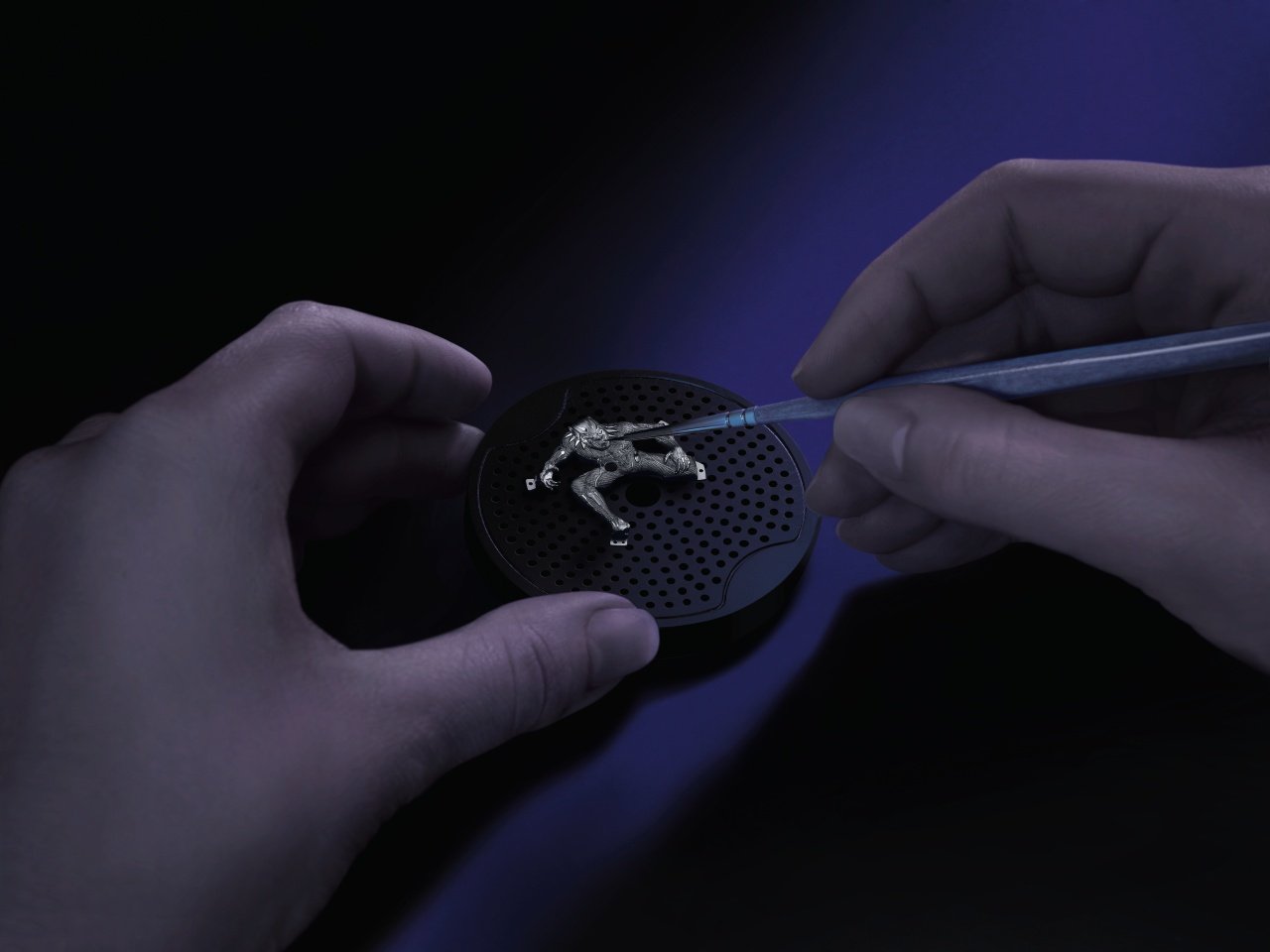 It’s time to declare a winner in this epic battle

You’ve read about the tourbillons, the details, the number of limited editions, and the prices. Now it’s time to vote on this Two For Tuesday: Audemars Piguet Black Panther Vs. Kross Studio Death Star. Is it going to be the masked hero fighting to uplift his country and people, or will it be the sinister spectacle of the Empire that wants to eradicate rebels from the galaxy? 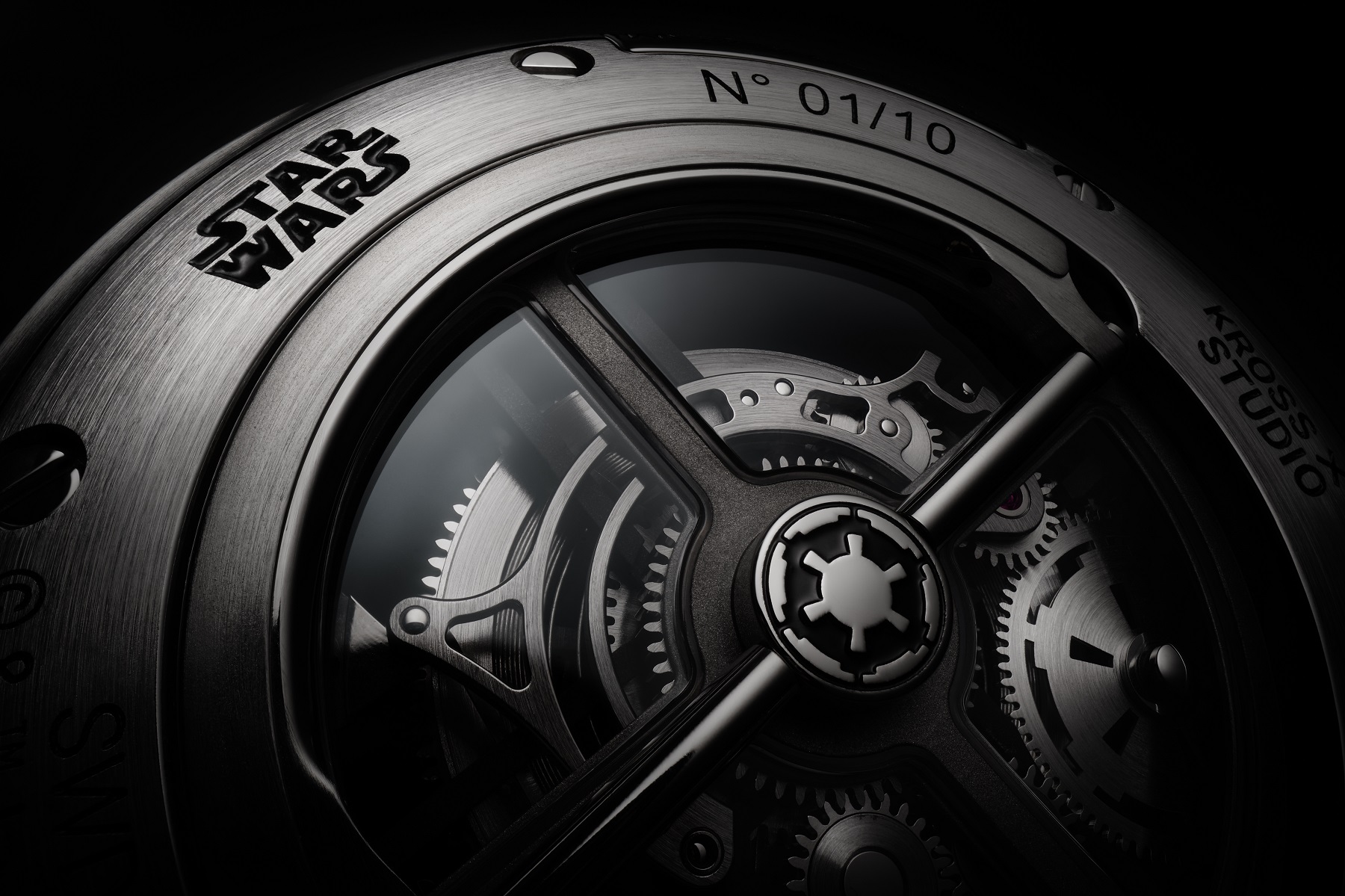 More information about the Death Star Tourbillon can be found on Kross Studio’s website. And for info regarding the availability of the Royal Oak Concept Black Panther Flying Tourbillon check out the website of Audemars Piguet.