In this video, I talk about the new Omega Seamaster Diver 300M 210.30.42.20.03.002 that celebrates the 60th anniversary of James Bond movies. It was introduced last December in London in the presence of Daniel Craig.

The Seamaster 300M has been around since 1993 and turned into one of Omega’s best-selling models. Over the last 30 years, we’ve seen many variations, including some James Bond editions, but never one with an animated case back like this. It reminds me of the case back of the Speedmaster Silver Snoopy Award 50th Anniversary that came out in 2020, but this one works slightly differently. The moiré effect on the case back shows the opening scene of the James Bond movies in four frames. But the real attraction to me in this watch is the wave dial. The waves have become smaller, almost like those in the original Seamaster 300M series (e.g. 2531.80/2541.80.) 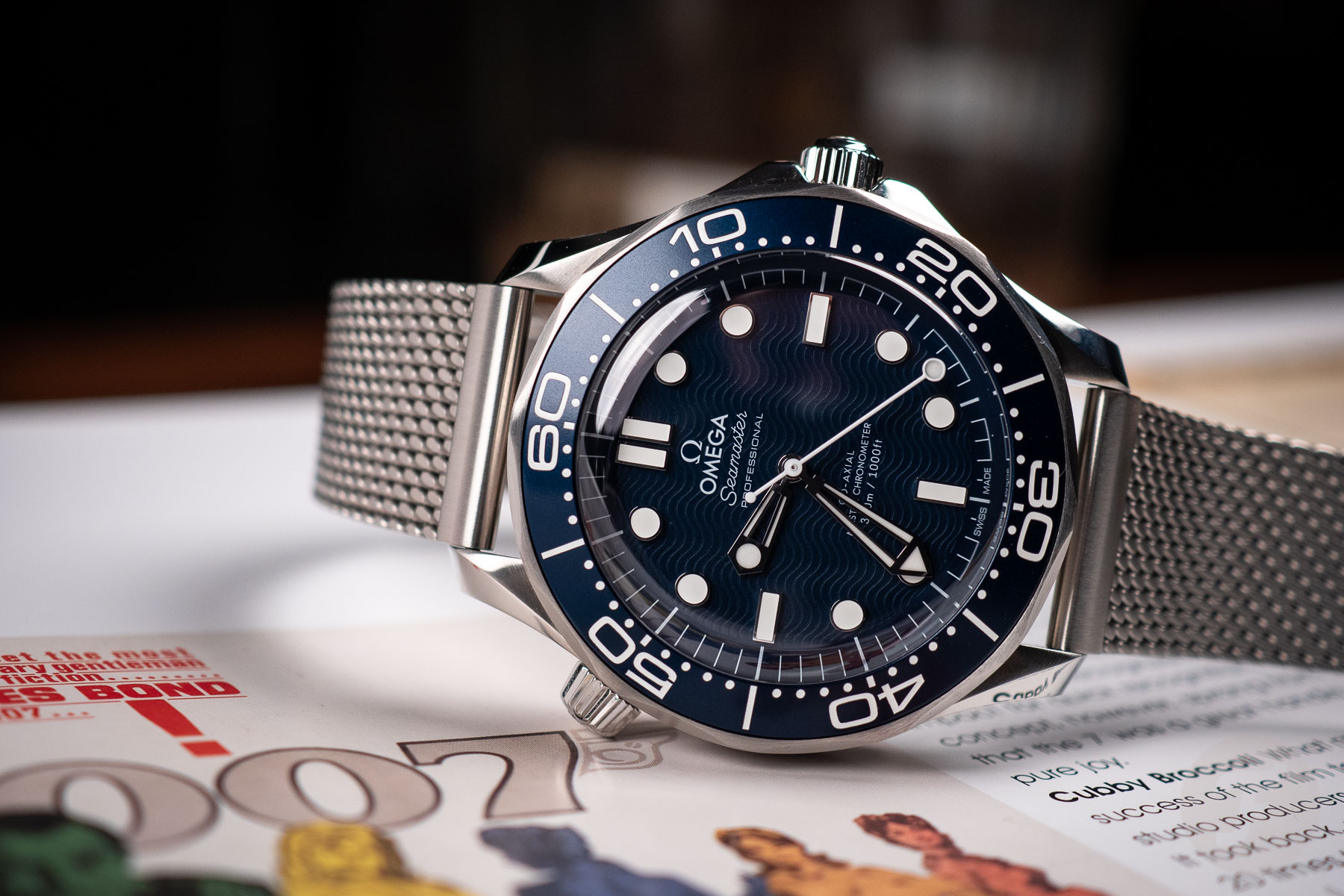 The tone of blue, the small waves, the lollipop hand, and the large “60” on the diving scale make this watch stand out from the 300M collection. However, it is nearly the same watch as the titanium Seamaster Diver 300M No Time To Die special edition that came out in 2019. It has the same mesh bracelet (but in steel) and the same movement and case size. It’s the details that give these watches a very different appeal. 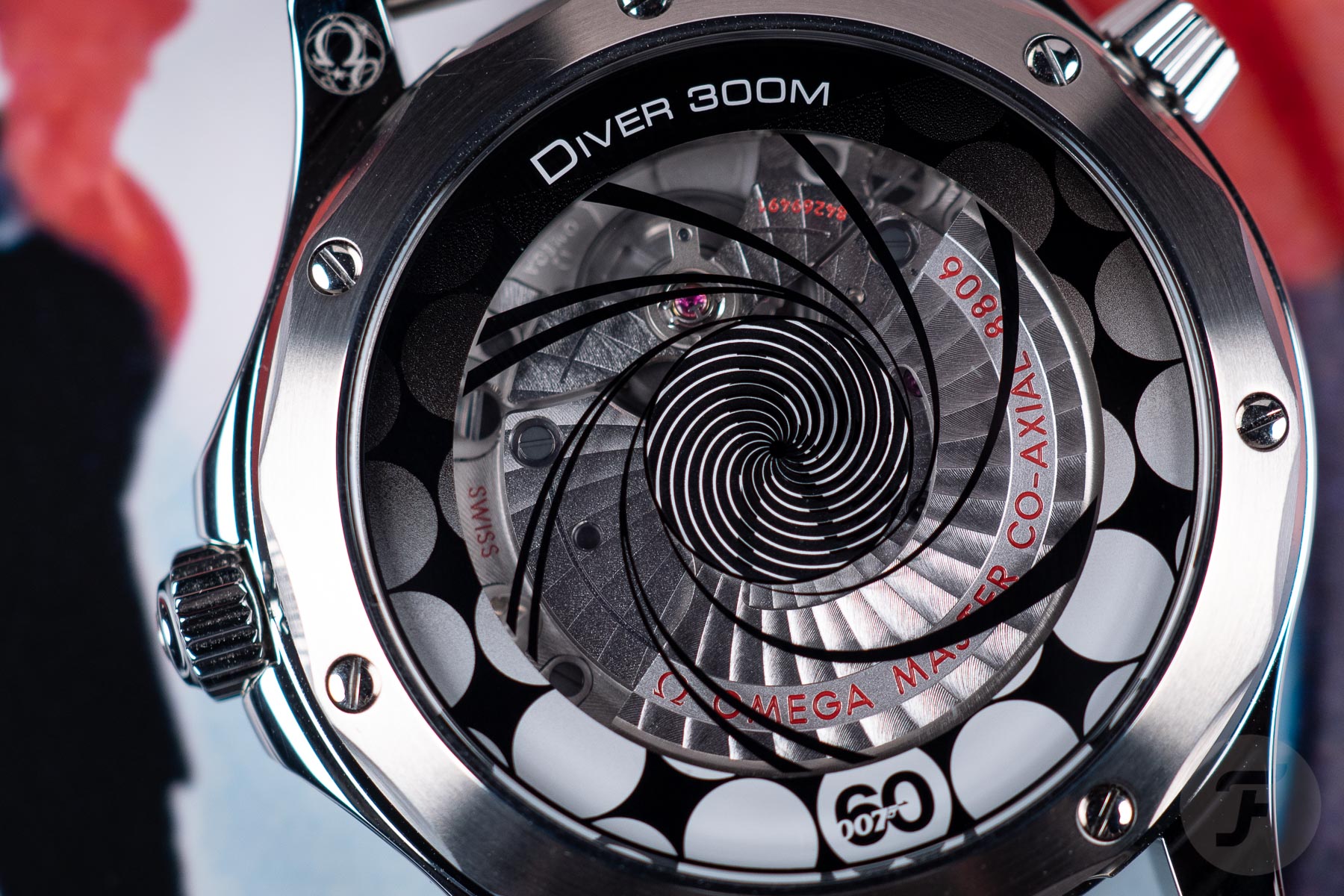 What do you think of the Seamaster 300M? And which one do you prefer, the 60th Anniversary James Bond edition or the titanium No Time To Die edition? You can find more of our videos here.

*Unfortunately, two mistakes came up in the video. The video editor put in the wrong GMT watch, and it shows 8809 as the caliber instead of the 8806.