Today Watches & Pencils goes into hyperspace. Let’s talk about the helmet shaped big boy (44mm x 51mm, 15mm thickness) from the 1970s with reference number ST 145.0023, a.k.a. Darth Vader. Chuck Maddox came up with this fantastic nickname. Scratch-resistant and lightsaber-proof with a glossy Jet Black finished tungsten metal jacket and armed with deep red sub-dials it beats several watches in appearance. If you use your imagination you could even match/blend it with the typical helmet of the lord himself: 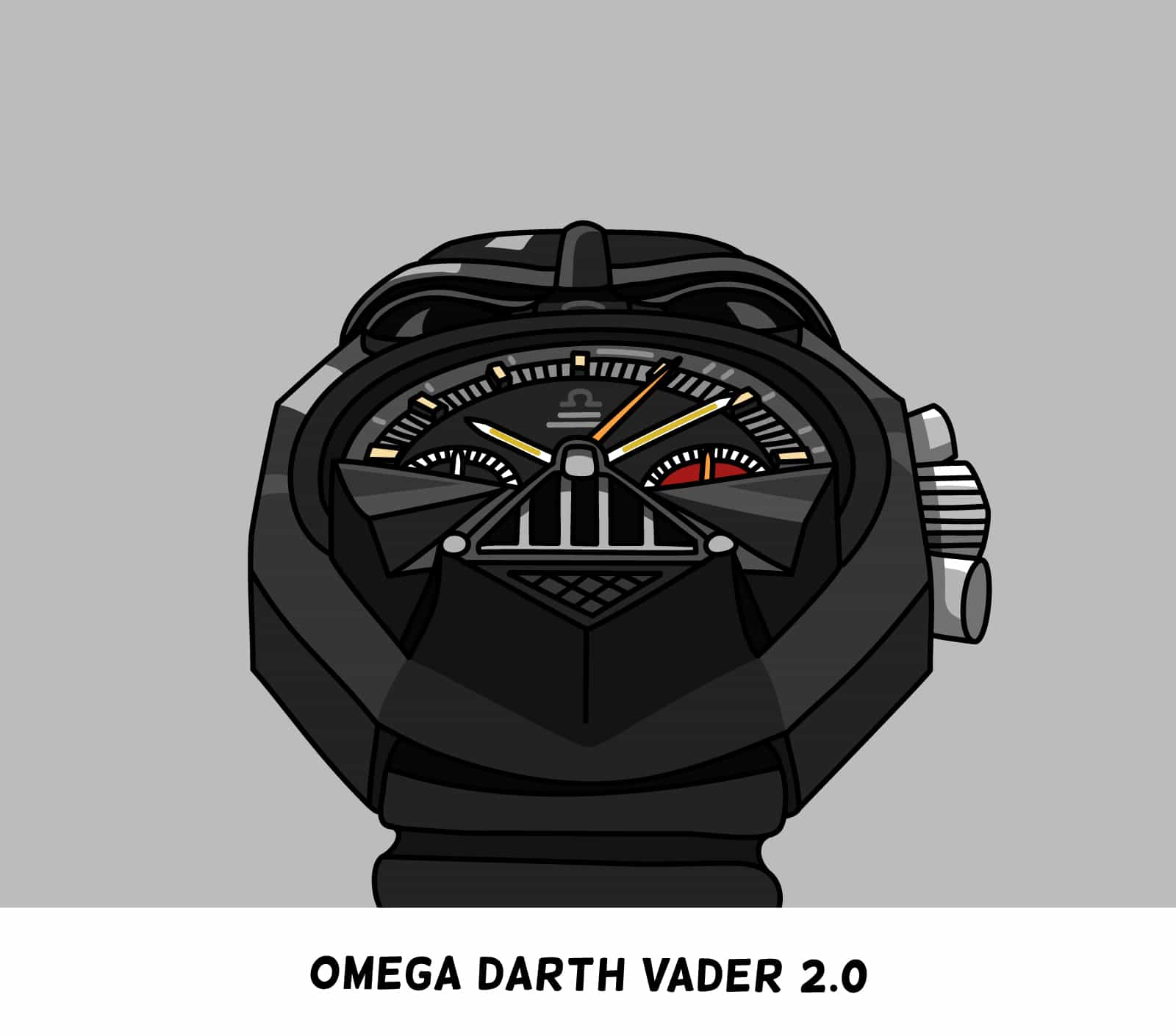 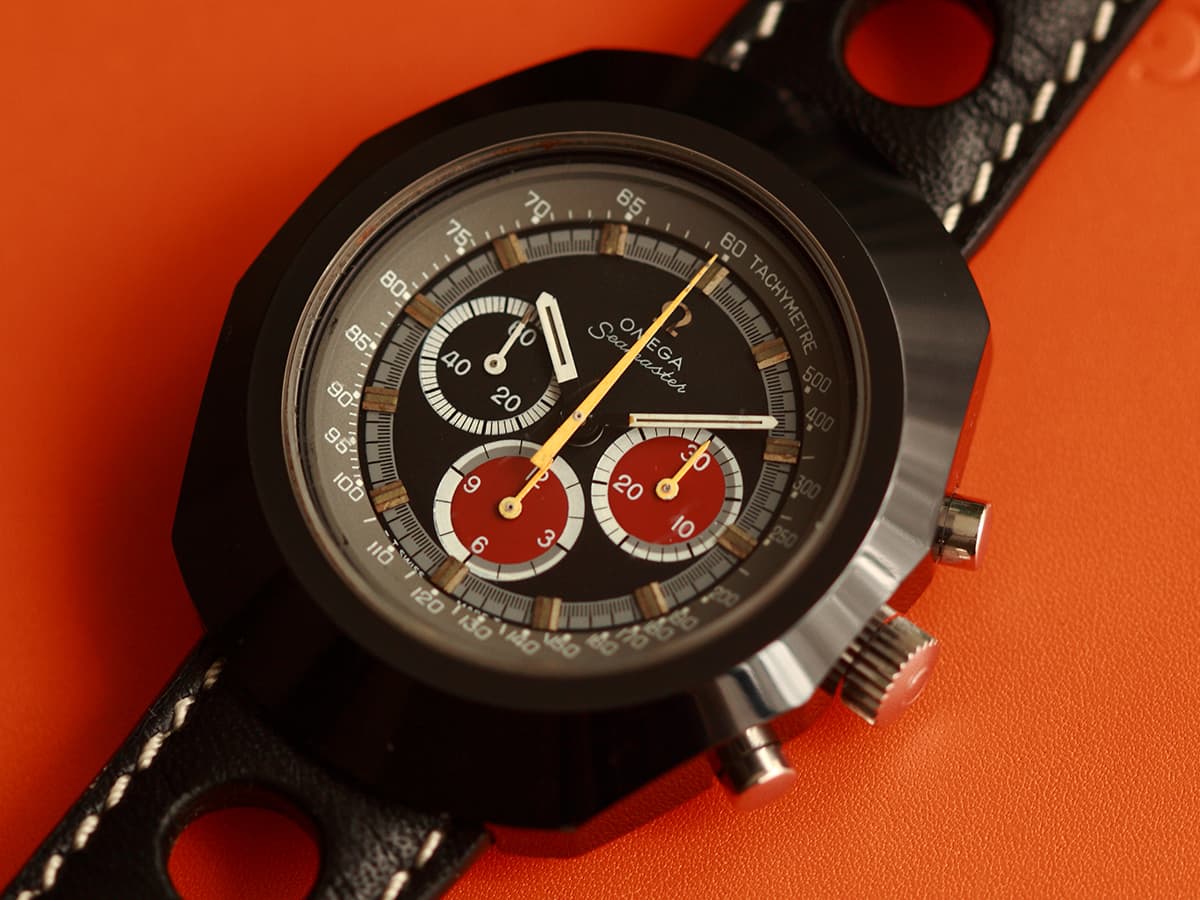 Just like Darth Vader, this watch also wears a ‘suit’: it is build out of two separate layers. The internal layer (‘body’) is the core octagonal casing which protects the movement against (magnetic) forces. The outer layer (‘suit’ or ‘harness’) is put on top of this and holds the black tungsten coating.

Notice the black tungsten layer on top of the stainless steel case.

With the hidden lugs ‘the head’ of the Omega Darth Vader almost seamlessly morphs into the strap. If you watch the back you will notice the lugs. Although this is a big watch (especially for the 1970’s) I’m quite convinced that it will fit most average wrists because of the slightly curved lugs and the nice tonneau shaped case. 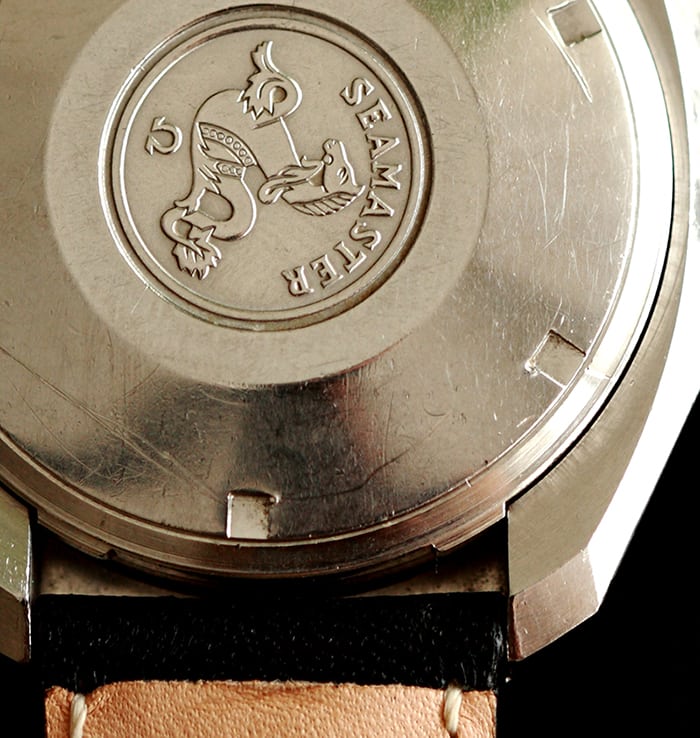 The lugs are only visible on the back of the watch.

The body of the Omega Darth Vader is driven by a 861 manually wound movement (17 jewels, 21600 bph). To ensure shock protection the movement sits in a separate container, locked by two o’rings.  This is the movement which also beats in Omega Speedmaster Moonwatches from the same time period. Typical chronograph functions here: 12 hour and 30 minute registration together with a tachymeter. A true proven and reliable movement.

The outer tachymeter-ring and raised indices create a nice depth to the dial and the fresh orange and deep red accents make details and hands pop out. I definitely think this would be Darth Vaders favorite choice and ‘daily beater’. 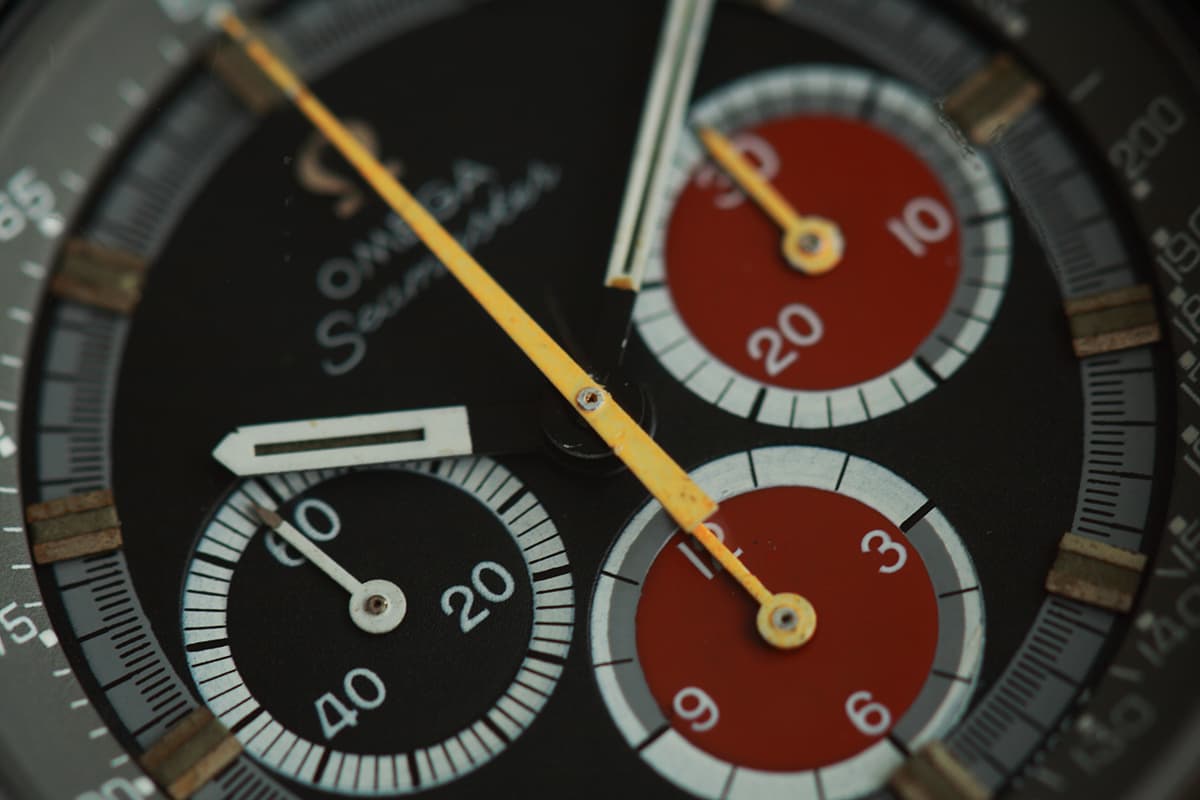 Close-up from the dial. Some elements are a bit faded, but the color combination and balance is still spot on.

The only thing I can’t match with ‘Darth Vader’ is the Omega collection in which this epic watch has been released: ‘Seamaster’!? Or do you’ve ever seen Darth Vader taking a bath or a swim? The watch is water resistant to 60 meters though.

For me one of the only cons on this Omega Darth Vader is the fact that the crown and pushers are not black, but I guess it was a matter of money or technique in the seventies when this watch was being produced. In this variant I think it would have connected the crown and pushers better to the casing. It’s purely esthetical though and it does make the functional operators less visible/optimal.

The not so evil counterpart

Good to mention that there is also another variant of this Omega, a.k.a. ‘Anakin Skywalker’ (‘Darth Vader’ before he joins the dark side of ’The Force’). It has been reviewed a while ago here on Fratellowatches (go to the article about the ‘Anakin Skywalker’ variant). Since this variant does not have the black finishing, it really is and feels less dark or evil: 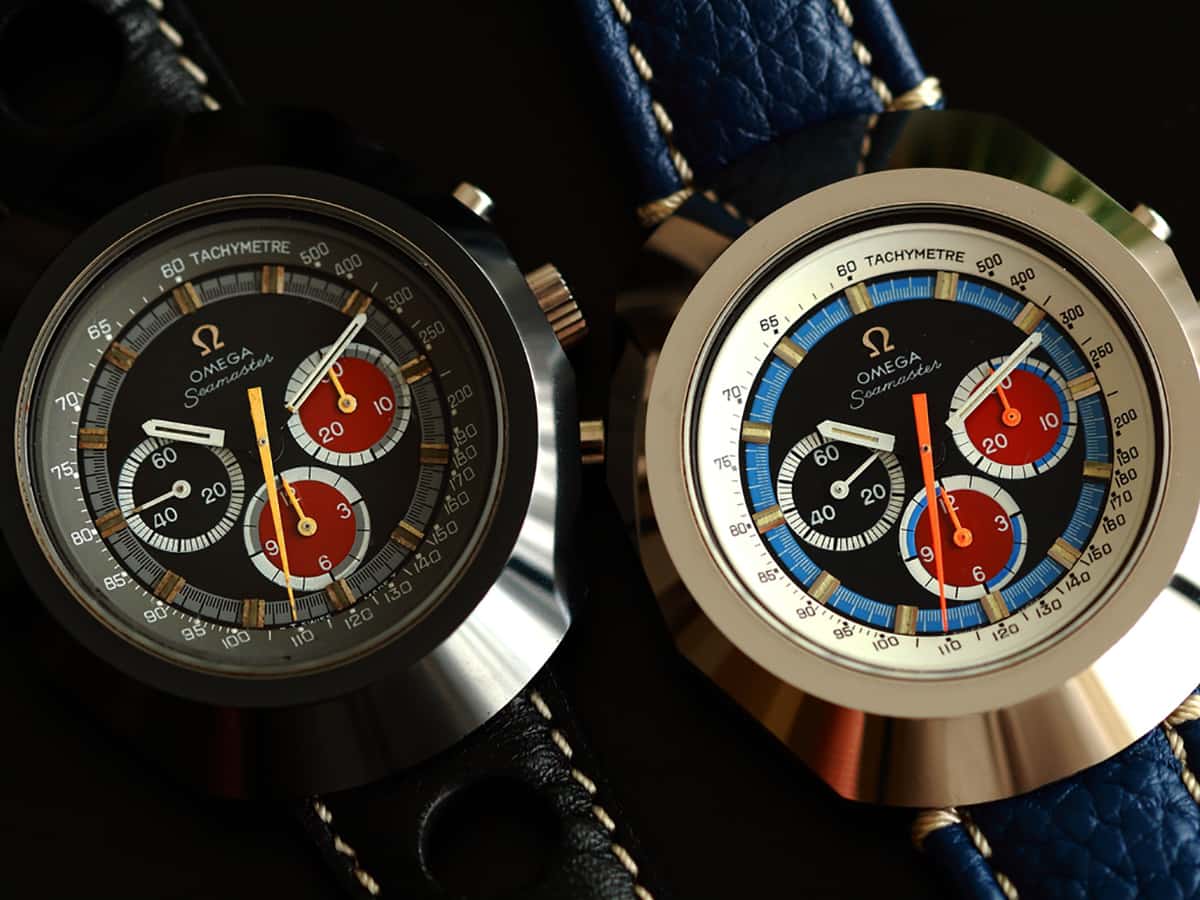 Nowadays these guys are quite hunted by collectors, off course, also because of their cool nicknames. Since they are rare (the ‘Anakin’-variant is a little less rare) prices for this stunners are quite high (and climbing…). If a mint Darth Vader enters the watch market galaxy, expect prices from approximately $5500 until $8000+.

Let’s enter the Millennium Falcon and go light speed to 2015. Soon the new Star Wars episode will be released: The force awakens. There are several “Star Wars” themed watches these days or even released in the period of this upcoming movie. Some have entry price tags (e.g. Nixon), some for more astronomical prices (e.g. Devon), but none of them does the same thing to me as this fantastic Omega Darth Vader does. What is your favorite Star Wars watch? What would you recommend to Darth Vader? Let us know and enjoy the movie.

May the force be with you…