I’m not only a fan of the outside of a watch, but the inside and all its moving parts are what makes every watch tick. Fascinated by the countless innovations and improvements for watch movements, I picked out one. The improvement of having more power reserve and the distribution by a double barrel in this case. 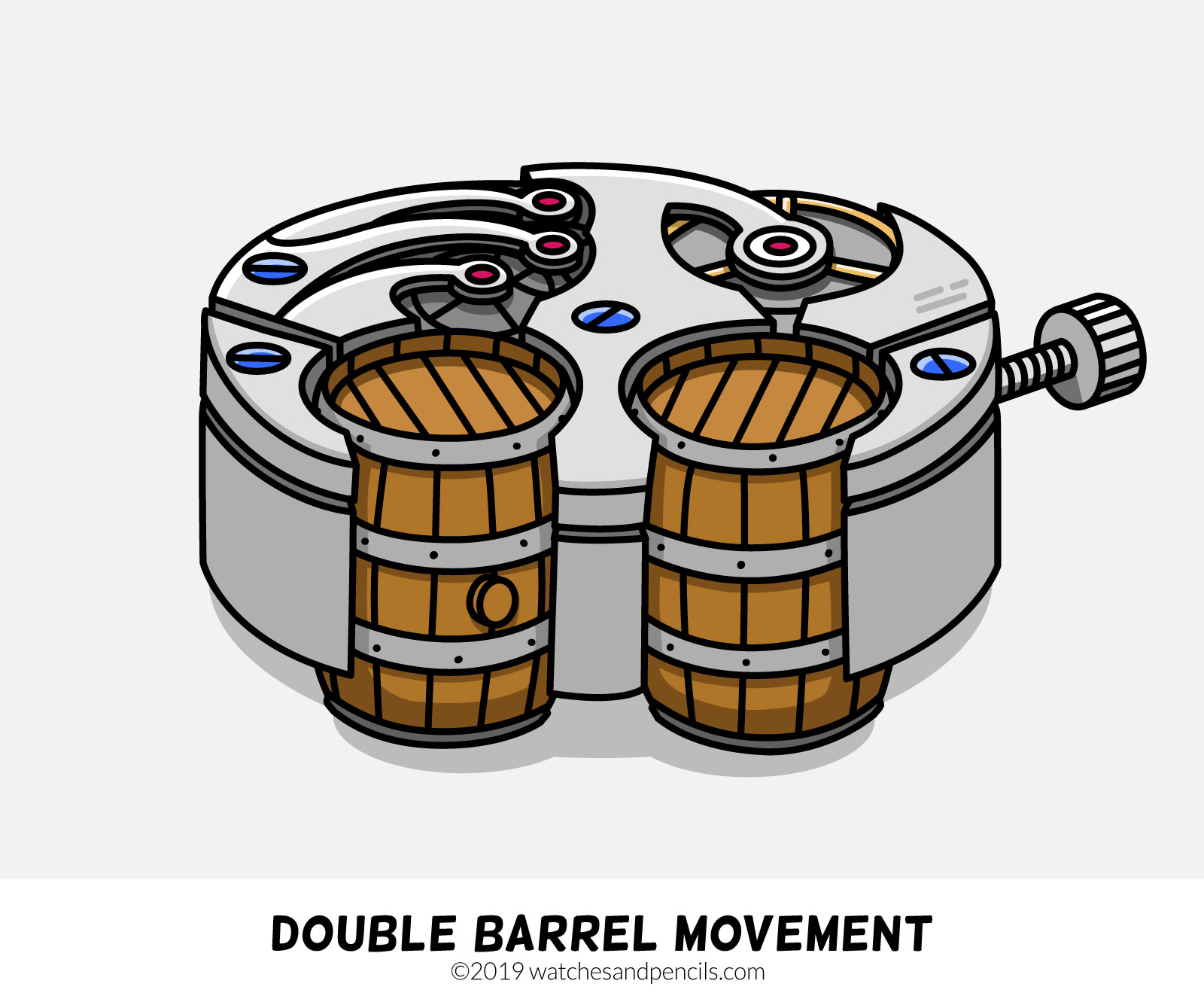 Double barrel movements feature more than one mainspring and barrel. This way the movement has an increased power reserve and sometimes more efficient distribution. The actual power reserve depends on several things. For example:

While you might think that 2 barrels is the max, you’re wrong. Some movements house up to 4 barrels! Blancpain has several movements that feature more than 2 barrels. For example, the Blancpain movement with reference number 1315 has 3 barrels. King of the hill is Vacheron Constantin with its Patrimony Traditionnelle Tourbillon (reference 89000/000R-9655). It features 2 stacks of 2 barrels and has a power reserve of 14 days! 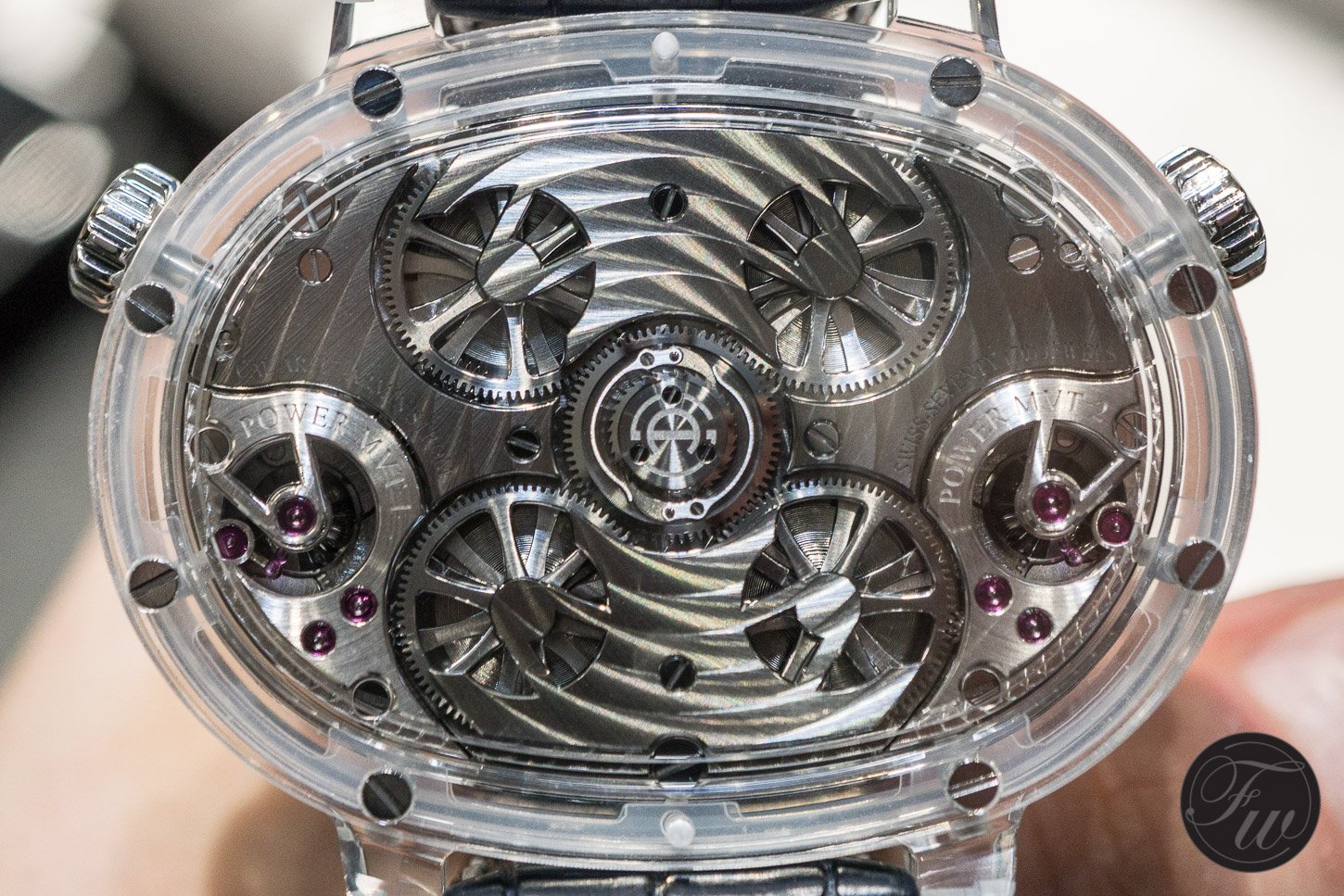 Two barrels per movement and a longer power reserve on the Dual Time Resonance by Armin Strom (ref. ARF17)

Watches with a lot of complications need more power. Therefore a double barrel is more like a necessity than a nice-to-have. In these cases, one barrel can serve the time indication, while the other barrel serves the chronograph and/or other complications. Besides this, more power reserve was also useful in times when watches were purely functional. As an example, I take the first Panerai watches. Since they were created for (military) frogmen, it was best to include as much power reserve as possible. This way, the winding interval was stretched and the chance of water coming into the watch was kept to a minimum. Nowadays, most of the watches with double barrels serve our laziness. 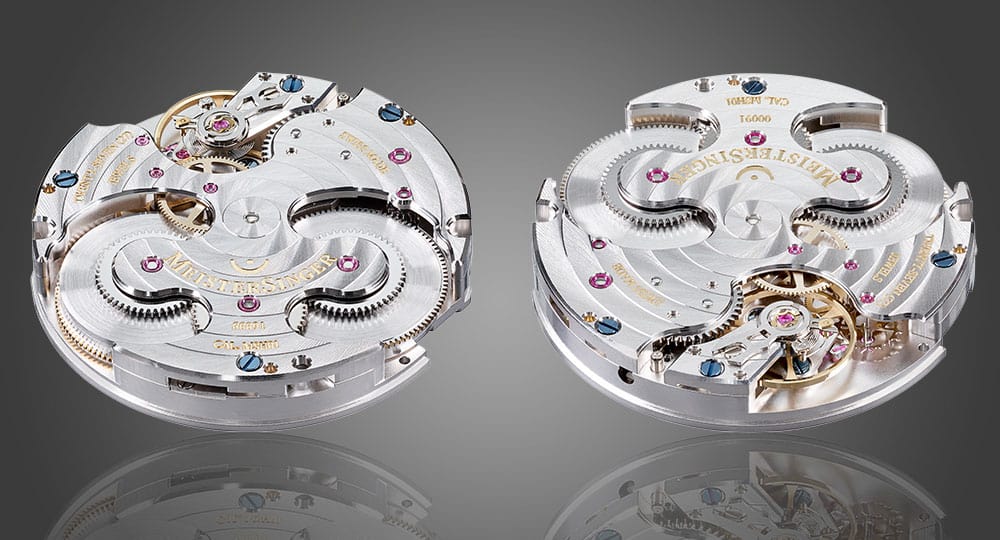 One BIG Barrel or more than one? 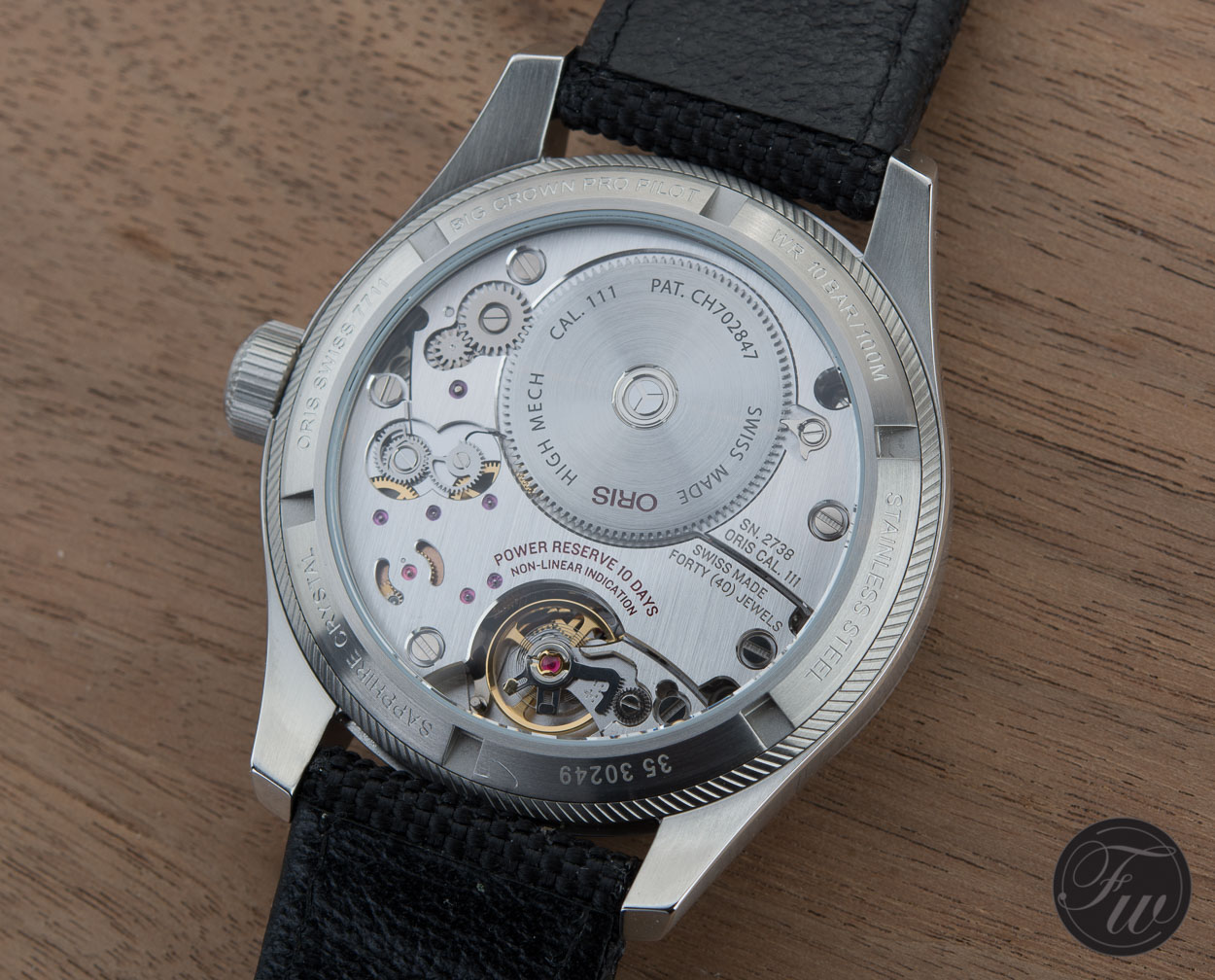 Oris Caliber 111 with one massive barrel, good for 10 days of power reserve

While ‘double barrel movement’ is the term mostly used, some brands use a unique name to indicate the double barrel concept. To name some: