Would you reward yourself with this gold chronometer for €3,999?
Michael Stockton
comments 12
Share
Wrist Game
Crying Shame

Welcome back to another round of Wrist Game or Crying Shame and this week we take a look at a gold Omega Seamaster 120M. But first…

Last week, I discussed what I found to be a lovely Patek Philippe Gondolo 5014G. Despite some cranky comments, 73% of our respondents like putting the “art” in deco. Today, we stay with the metal of kings with an Omega Seamaster 120M in 18K.

It’s amazing to think that companies once gave their longtime employees gold watches upon retirement. These days, a lot of companies look to rid themselves of their most dedicated — translation: costly — staffers before they’re really ready to retire. In lieu of a gold watch, these folks often hear a chorus of, “don’t let it hit ya where the good Lord split ya!” Seriously, though, even folks who head out on their own terms rarely make off with a fine and fancy timepiece like today’s Seamaster 120M. Therefore, you’ll actually need to treat yourself these days for your own service. 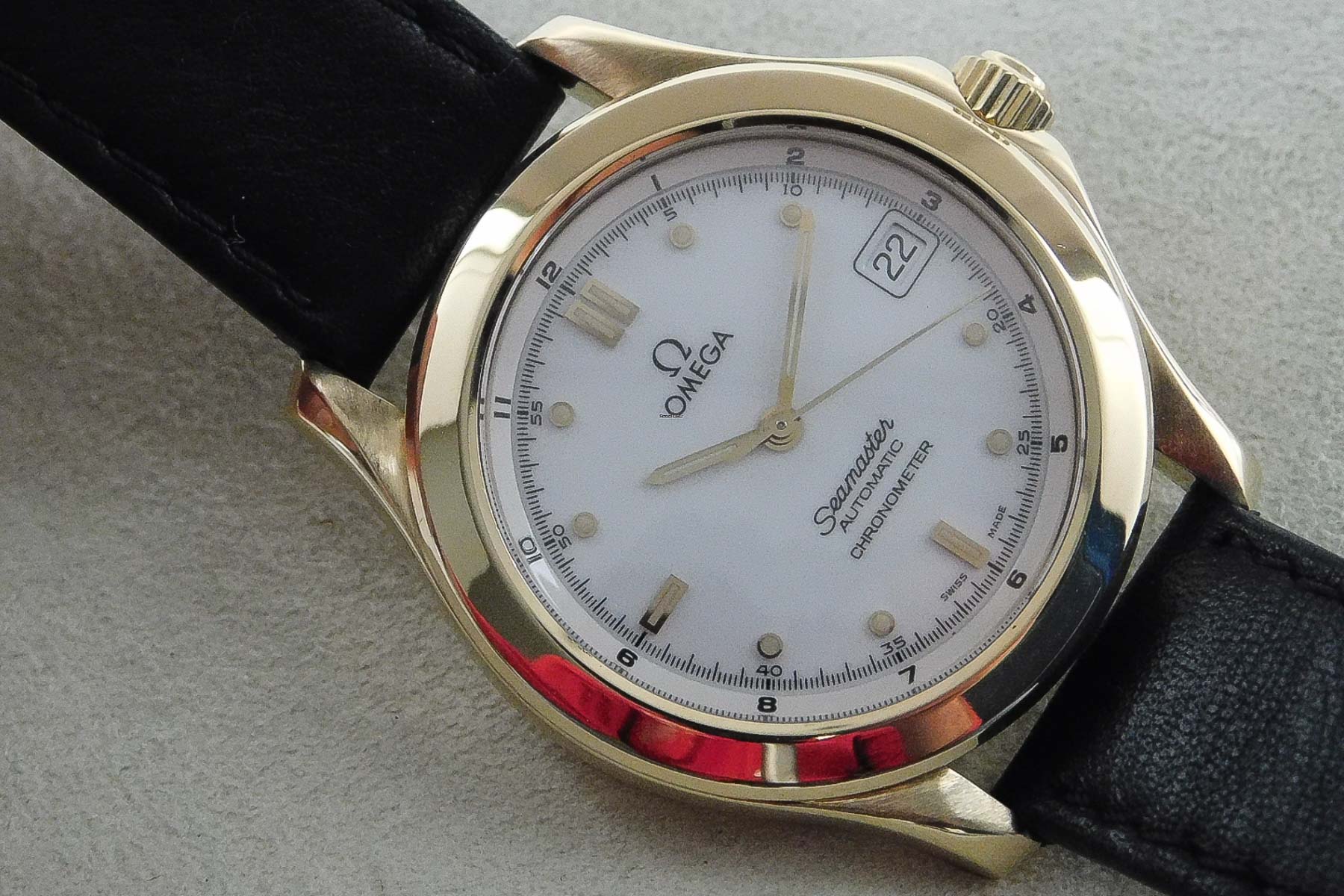 The Omega Seamaster 120M in gold

Ok, it’s fair to note that gold was pretty darn inexpensive back when watches were handed out like party favors. Today’s Seamaster 120M comes from a far more recent time, but I think it’s fair to say that it’s quite approachable. We’ll get to that in a moment, but let’s chat a bit about this watch. Reference 196.1501 debuted sometime in the 1990s and hung around into the new millennium. I guess you could consider this watch like the modern-day Aqua Terra. They were sporty with a screw-down crown, screw-in case back, and the aforementioned 120 meters of water resistance. 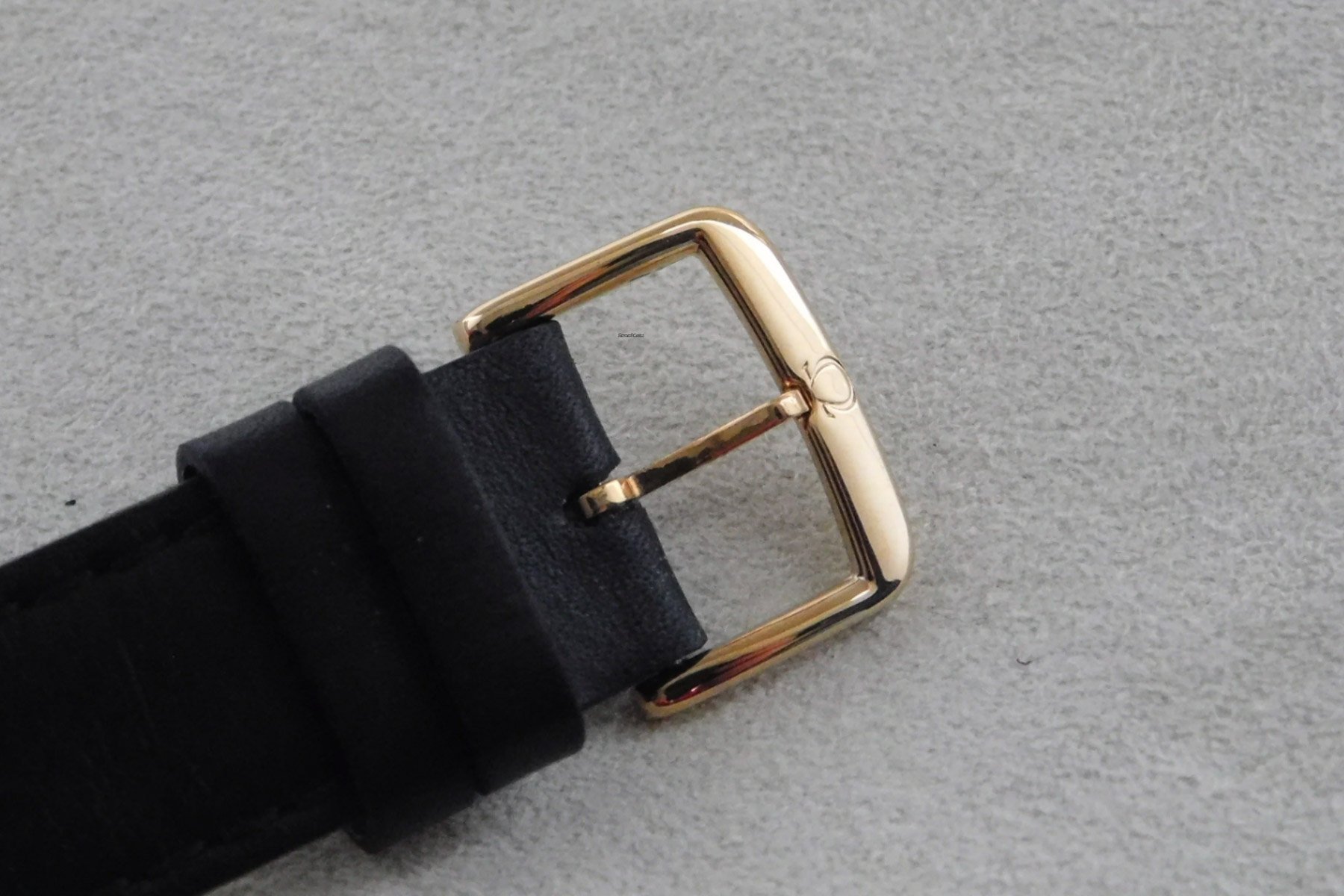 Omega made this larger 36mm version and a smaller variant for ladies. These watches came in steel, two-tone, and full gold on bracelets or straps. Of special note are the twisted lyre lugs that were also on the professional spec 300M. Yes, this look is still with us today and, size aside, I think that makes these dressier Seamaster models look fairly relevant today. 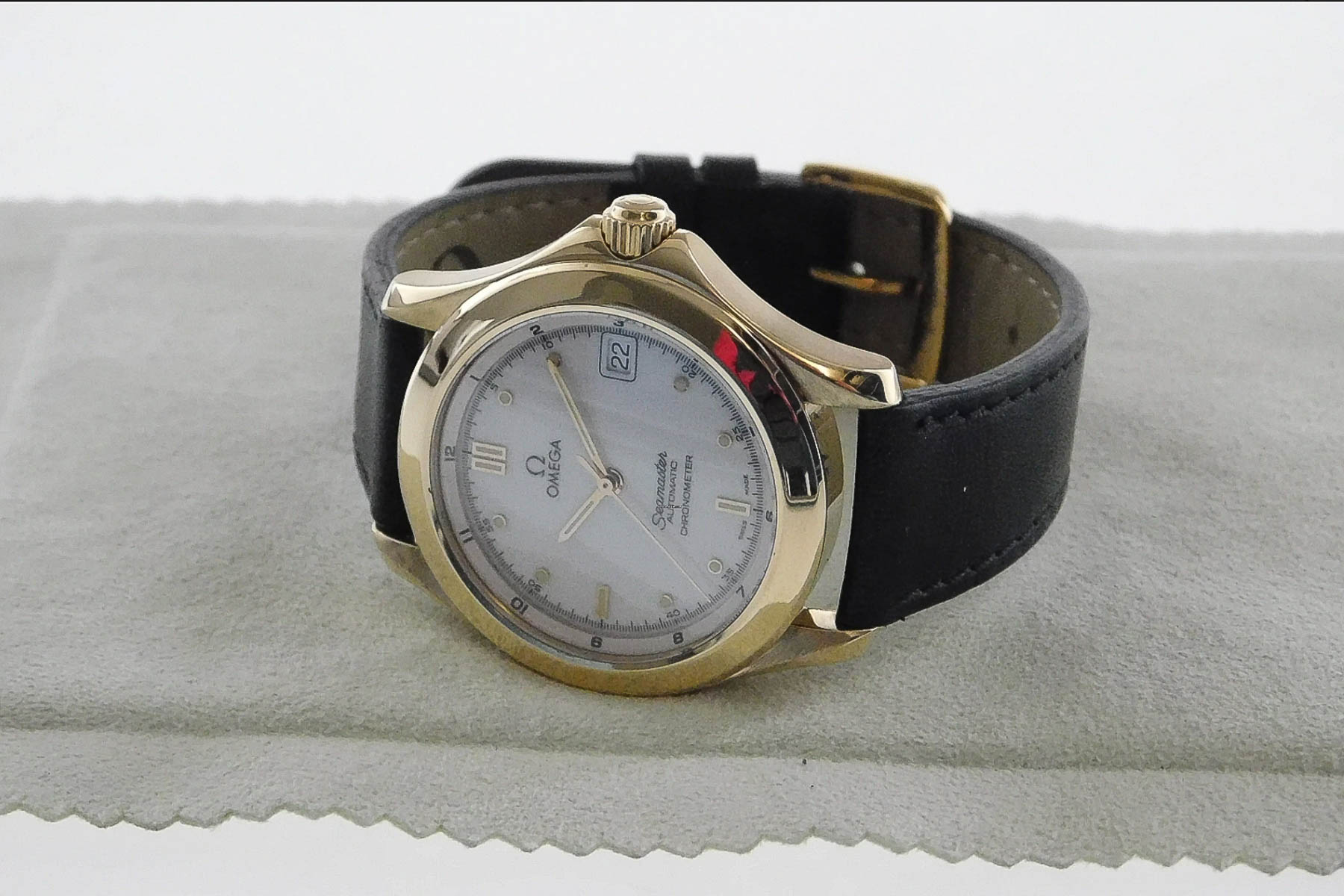 Omega played around with the dials and the handsets on the Seamaster 120M during its model run. I’m not ashamed to admit that I actually bought a two-tone version with a black dial back in the late ’90s. It’s a really classy looking watch and one that I need to unearth at some point. I was wise enough in those days to buy an automatic model (quartz models were the norm). Even though those used the ETA 2892-2, they were adorned with some nice decoration and, most importantly, a chronometer certification. They also helped keep the case thickness down to something quite slim. 18mm lugs hook up to a case with a sapphire crystal. 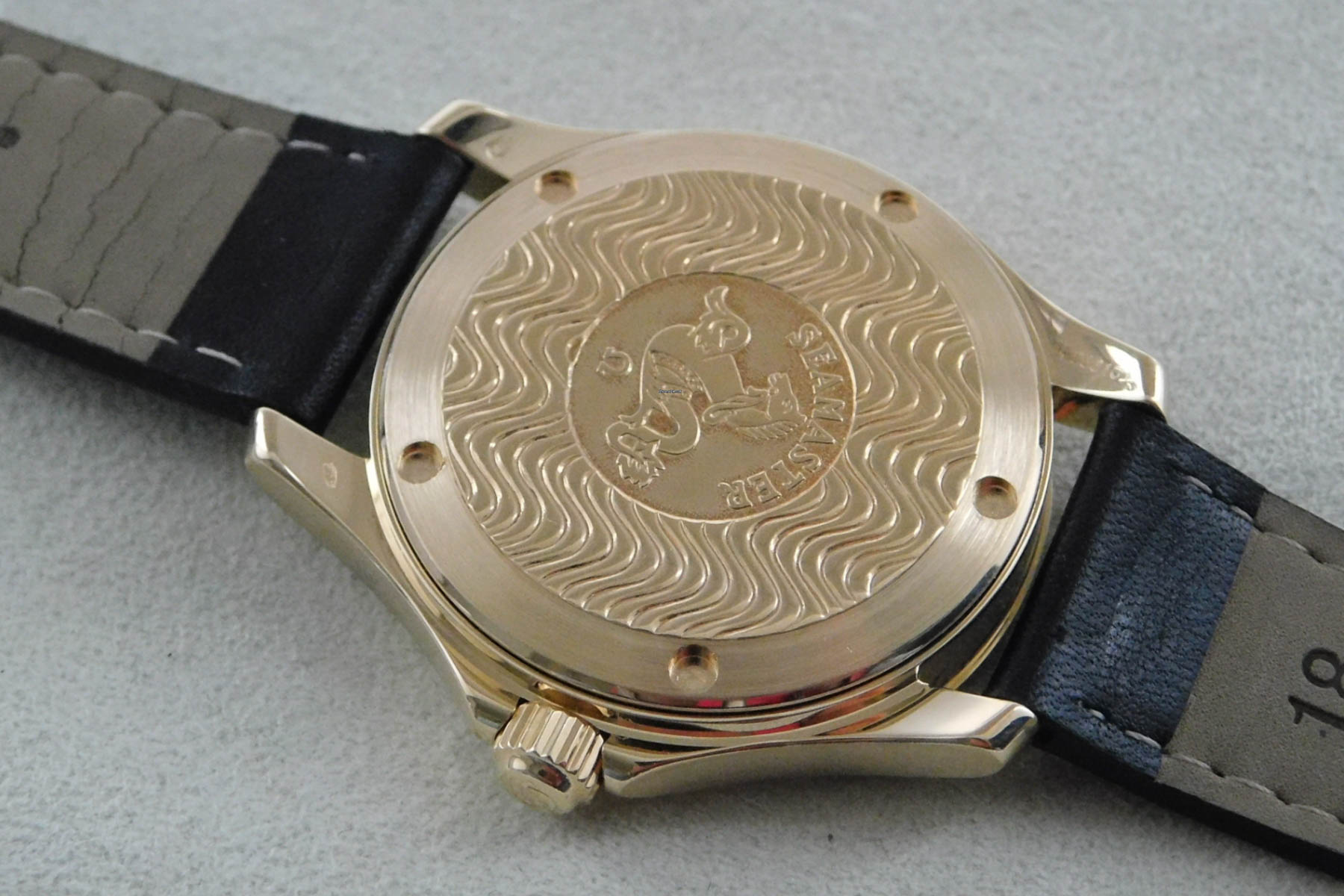 Going for the gold

I honestly don’t remember seeing a ’90s Seamaster 120M in gold like this one. They weren’t common and they’re not overly typical in the market today. But just look at how clean the design is and how well this would pair with just about anything. Whistle and flute? Why not. Tennis togs? I’d say the advantage is with you. And, hey, at 36mm it makes a statement but isn’t too shouty. Then there’s the ETA movement. When you’re sporting this at the local country club, the only thing high maintenance around you will be the other members. 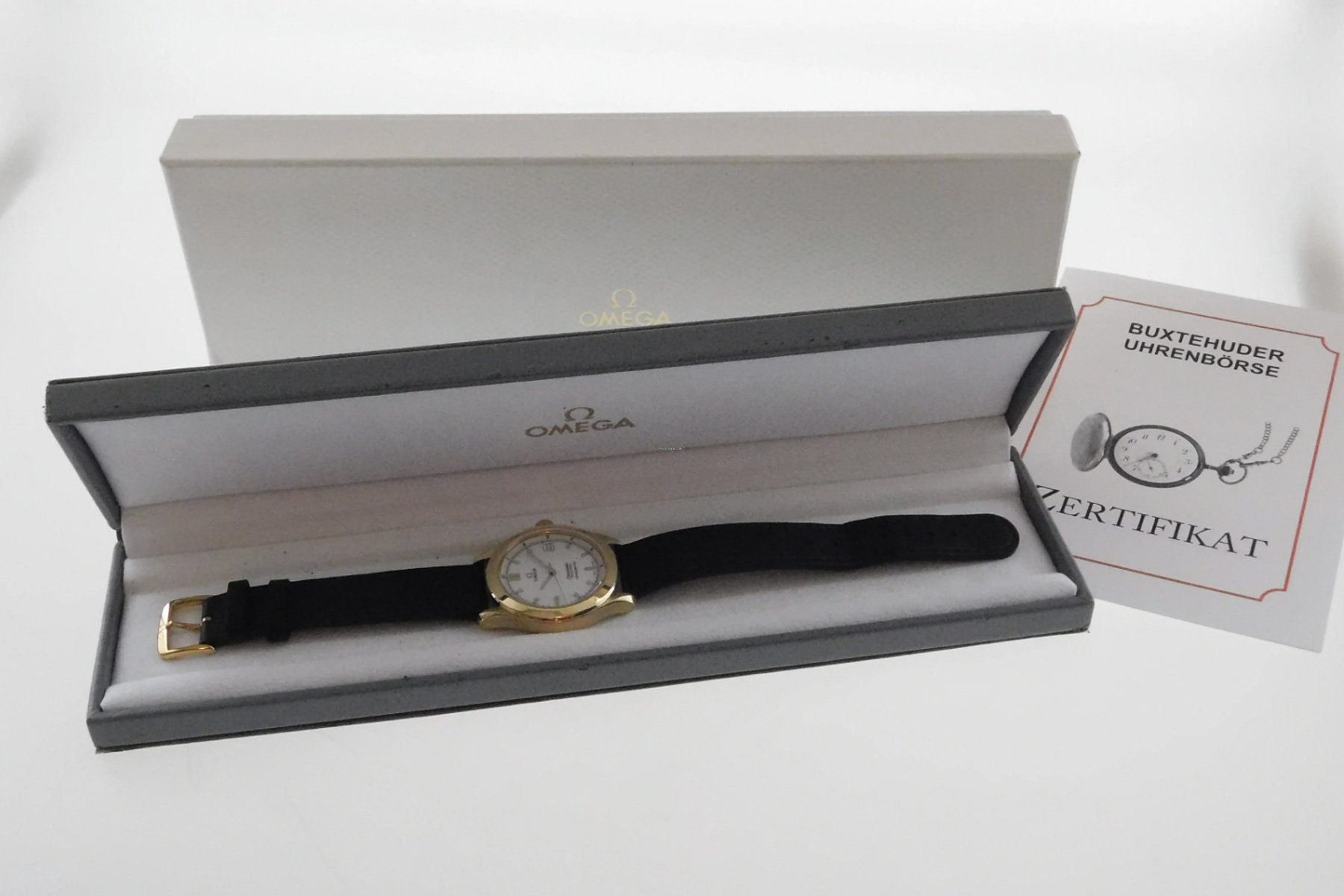 Today’s Omega Seamaster 120M in 18K comes in at the attainable price of €3,999. At that price, I’d say that after many years of working, you could afford this the old fashioned way, by earning that money. I struck gold with this Omega on Chrono24 and the watch and pictures are courtesy of Buxtehuder-Ühreborse GmbH in Germany. As you can see, it has its original clasp and box. The case looks nice and the dial is also clean, which is not a given for this model line. And now it’s voting time. Do you deserve a fine gold watch due to your service? If so, is this Omega a well-priced candidate?