In January, we already showed you the new Speedmaster Moonphase Chronograph Master Chronometer  (click here for our preview of that watch with some notes on its history) that will be unveiled tomorrow in the flesh in Basel. However, Omega has (at least) two more tricks up their sleeve for us this year: here is the Omega Speedmaster Novelties preview for 2016.

Perhaps you remember this interview we did with “friend of the show” RJ Kama (@rjkama on Instagram) about his collection of Omega watches. We asked him about his grail Speedmaster and this is what he answered: “My Grail would be a custom Speedmaster – I’m sure we are very close to Omega offering this… a meteorite dialed Dark Side of the Moon …”. He was very close! As one of the Omega Speedmaster novelties we show you today is a meteorite dialed Grey Side of the Moon. 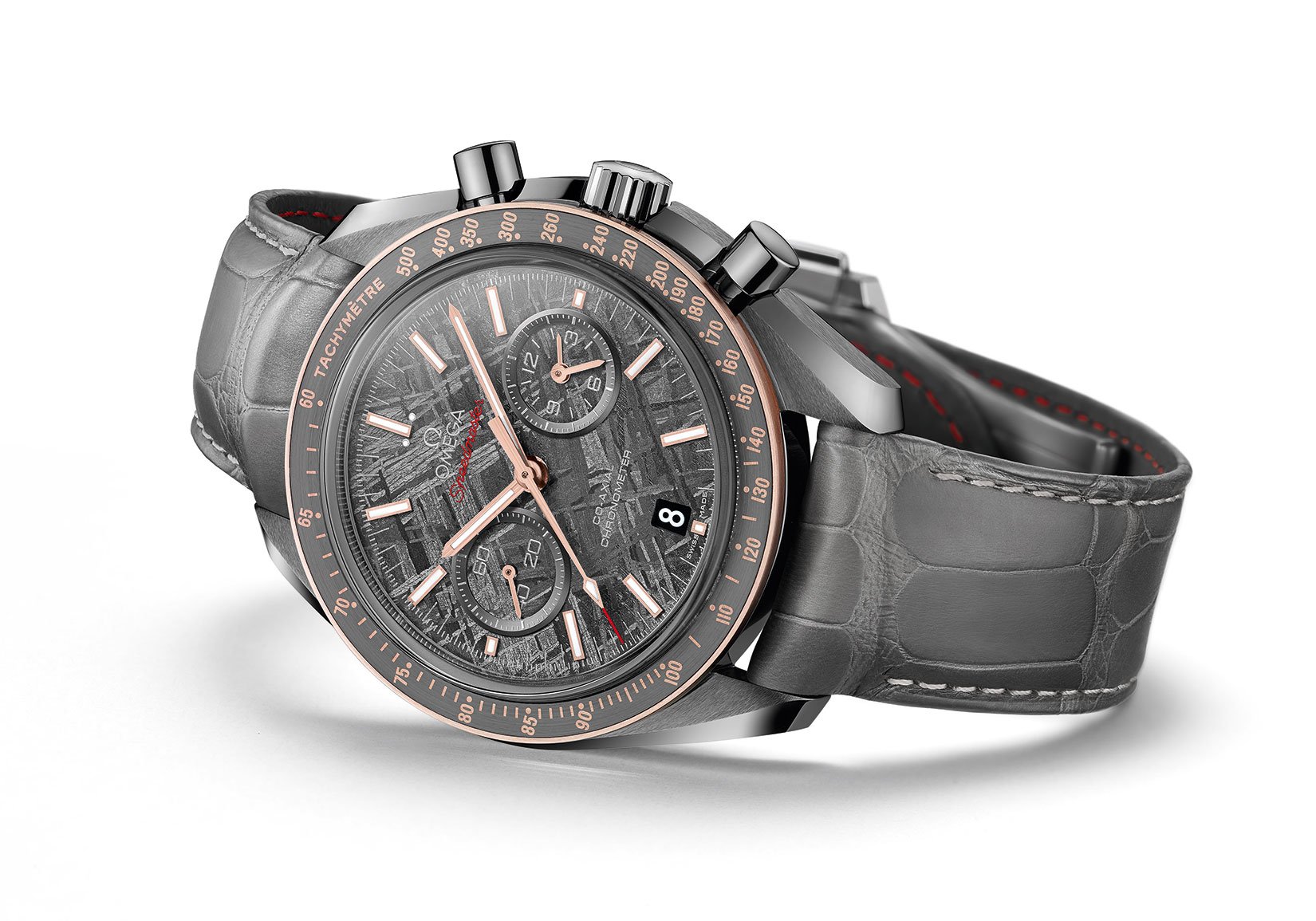 Critics might say Omega is milking the Dark Side of the Moon / Grey Side of the Moon (our in-depth review of the GSotM can be found here) models, but we have high expectations regarding its likability by enthusiasts and Speedmaster collectors. Omega used a meteorite dial before, in their Speedmaster Professional Apollo – Soyuz model (review here) and that is actually a sought-after model. Also, whenever we come across those NASA Apollo astronauts during events and exhibitions, we see them wearing that meteorite piece almost all the time.

Not only did Omega use a meteorite dial for this GSotM, they also used a Sedna gold bezel and Sedna gold hands for this specific edition (reference 311.63.44.51.99.001). 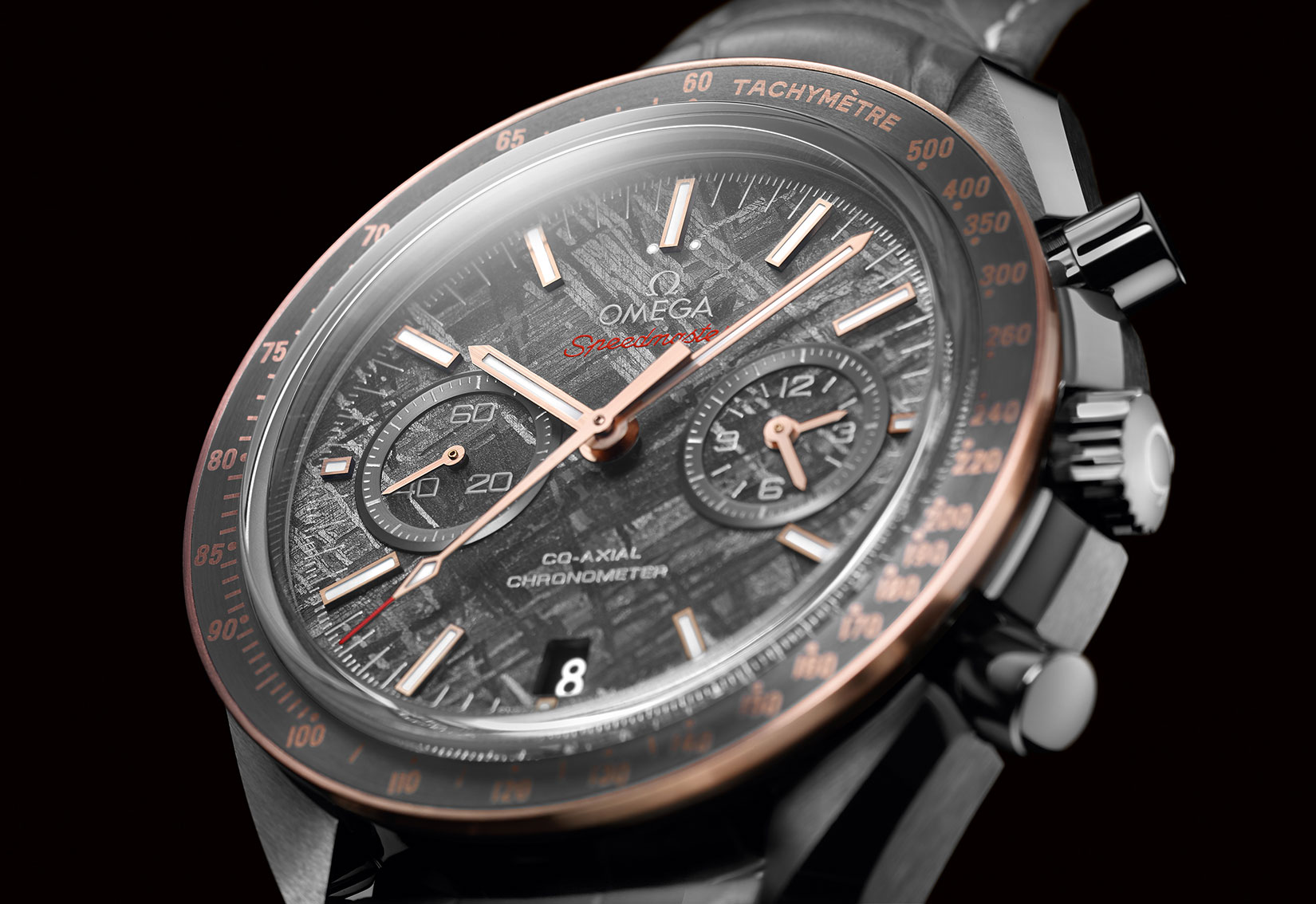 Under the hood you’ll find Omega’s caliber 9300 co-axial chronograph movement. The GSotM Meteorite is delivered on a grey leather alligator strap and comes on a folding clasp made of ceramic and titanium. 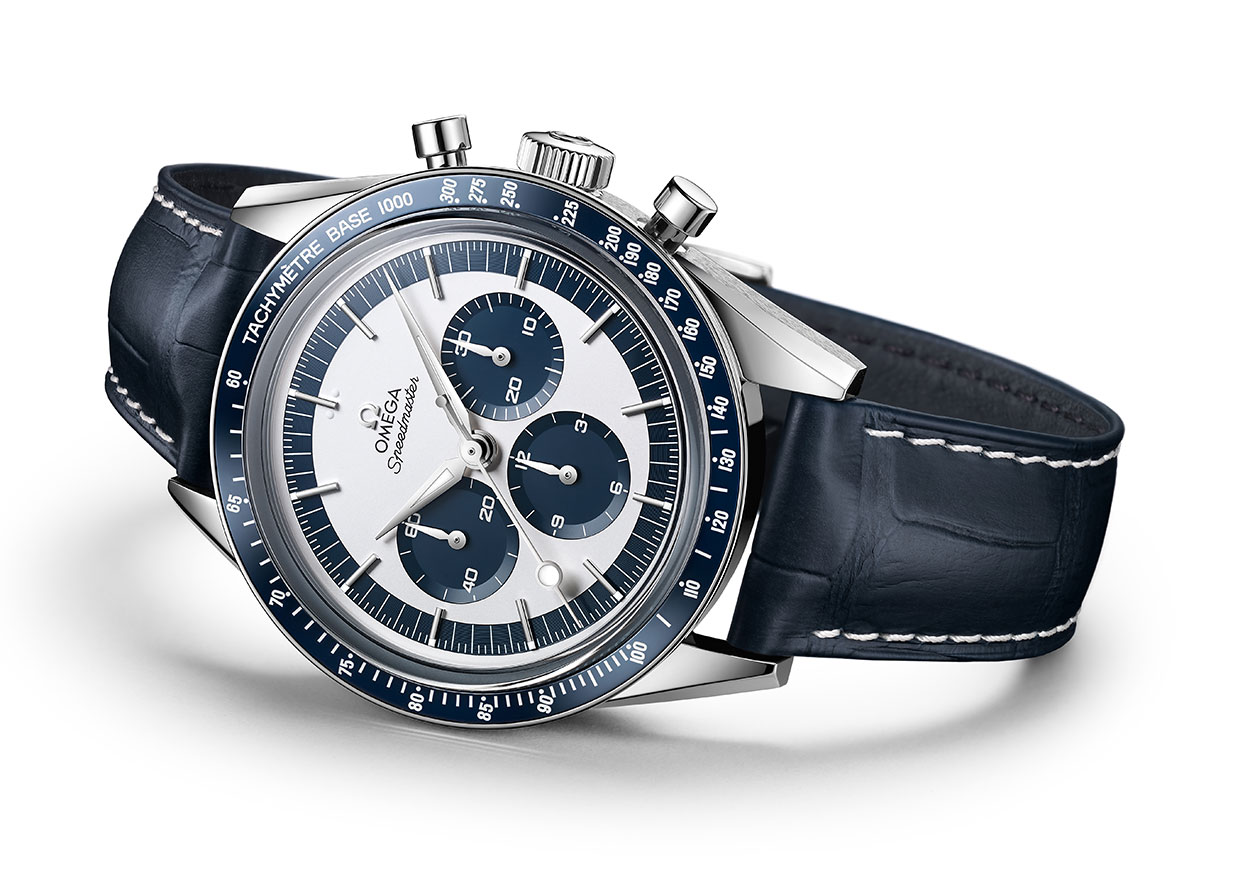 Omega will produce only 2998 pieces of this CK2998 “tribute” with reference 311.33.40.30.02.001. It is a 39.70mm version that looks close to the previously released Panda dialed Sedna gold edition of last year (First Omega in Space, remember?). However, this model has Alpha hands and a lollipop second hand for the chronograph and a blue ceramic bezel (high-polished). Omega used an opaline silvery dial with blue sub dials that match its ceramic bezel. The watch is basically a very modern interpretation of the original CK2998. Below an original CK2998-1 Speedmaster (w/o Lollipop hand), so you can see where all the influences came from.

The caseback is embossed with the Seahorse and has the unique number (/2998) engraved as well. Omega used the famous Lemania based caliber 1861 chronograph hand-wound movement for this new Speedmaster CK2998 reference 311.33.40.30.02.001. 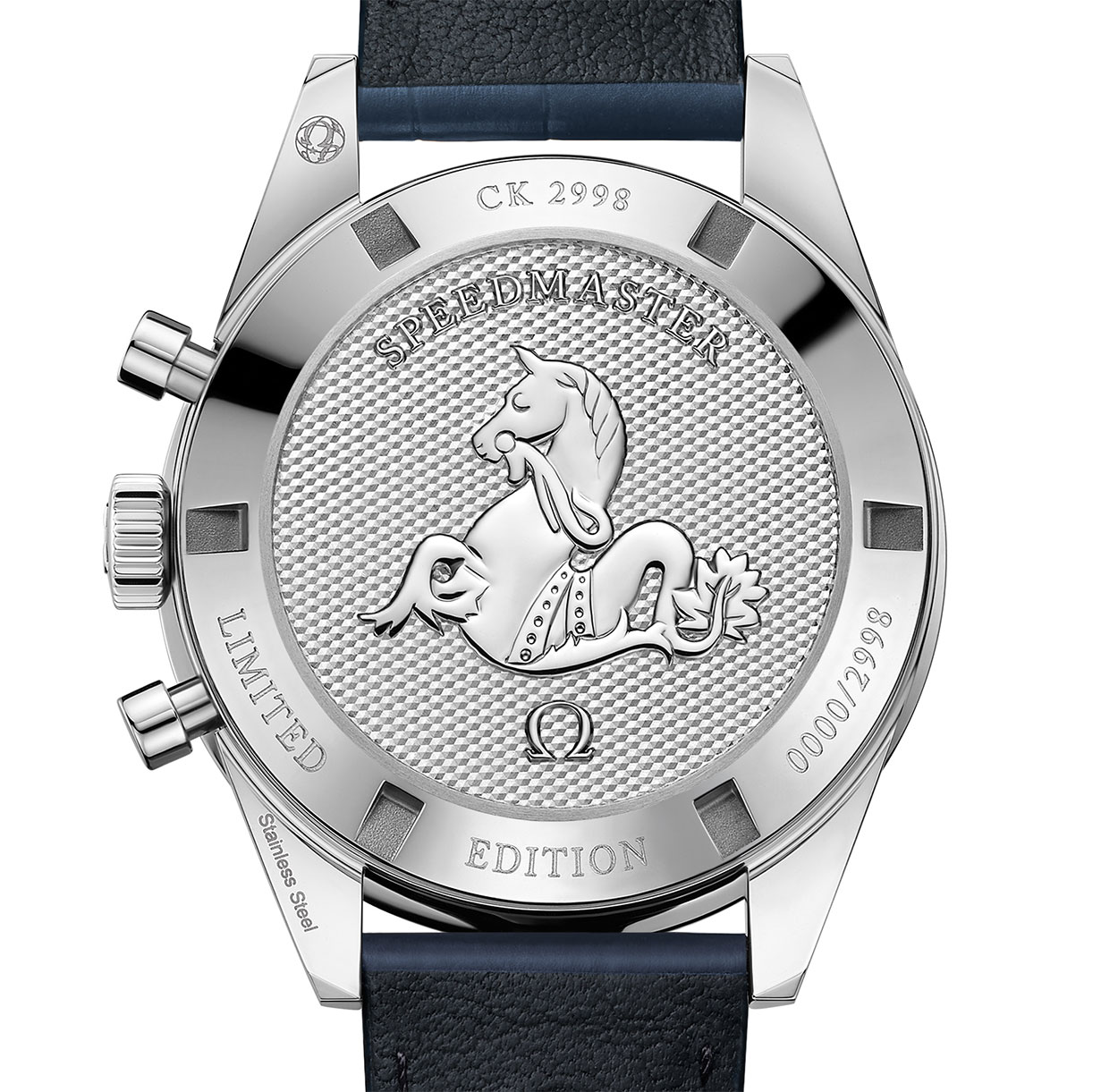 We are not sure yet how this watch will do amongst collectors, despite its limited availability and influences from the original CK2998. To be honest, we are of the opinion that the GSotM with meteorite dial will have some more fans amongst Speedmaster collectors, as this doesn’t hurt the ‘original’ Moonwatch one bit. The CK2998 “tribute” is a modern watch with some historical references and influences, but it does interfere a bit with the original line-up of Speedmaster ‘Moonwatch’ pieces. Let’s see how it looks in the flesh and how the responses are to this limited edition. Feel free to share your thoughts in the comments below!

More information tomorrow after we visited Omega on the first day of BaselWorld. Make sure to follow our instagram account (@fratellowatches) to see some live updates during the show.