The town of Delft plays an important role in the history of The Netherlands. Nothing watch-related, but it was in Delft where William of Orange, the forefather of the present king, was killed back in 1584. You can still visit the “scene of the crime” and see the bullet holes in the wall of the Prinsenhof. So, we know that Delft played a crucial role in Dutch history, and now it seems to take center stage in the future of Dutch horology. Holthinrichs Watches is from Delft and so is Delft Watch Works. Let’s have a closer look at the latter’s debut watch, the curvy Delft Watch Works Oostpoort, available in three colorways.

There must be something in the water in Delft. Something that wasn’t there before. Something that was added about six or seven years ago made people want to start creating watches. Michiel Holthinrichs — the uncrowned king of 3D-printed watches — is from Delft, and he started fulfilling his watch dreams some five years ago. And now Delft Watch Works has set up shop in the same street in the center of town where Holthinrichs Watches is located, Lange Geer. The name Oostpoort — East Gate in English — has nothing to do with the brand’s founders, but comes from one of Delft’s most famous and recognizable buildings. 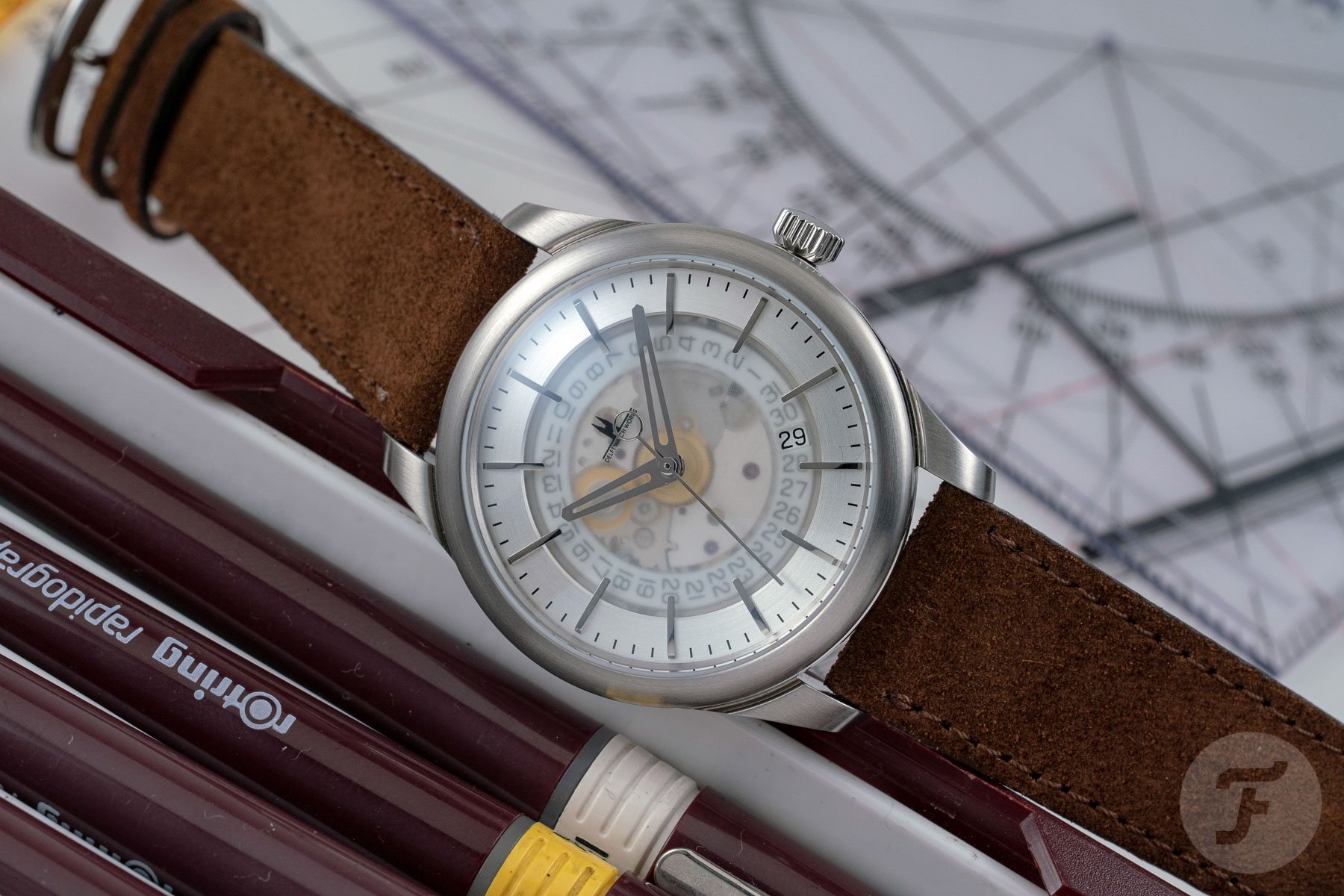 The Oostpoort is the only one of eight 14th century city gates that is still standing. Its silhouette, with two soaring spires, is used as the logo of Delft Watch Works and the name of the first watch released by the brand. The first thing you notice when you see the three executions of the Oostpoort side by side is how different they look. The Transparent Date is the more technical, the Radial Gray the understated minimalist, and the sunburst Royal Blue the most prominent. 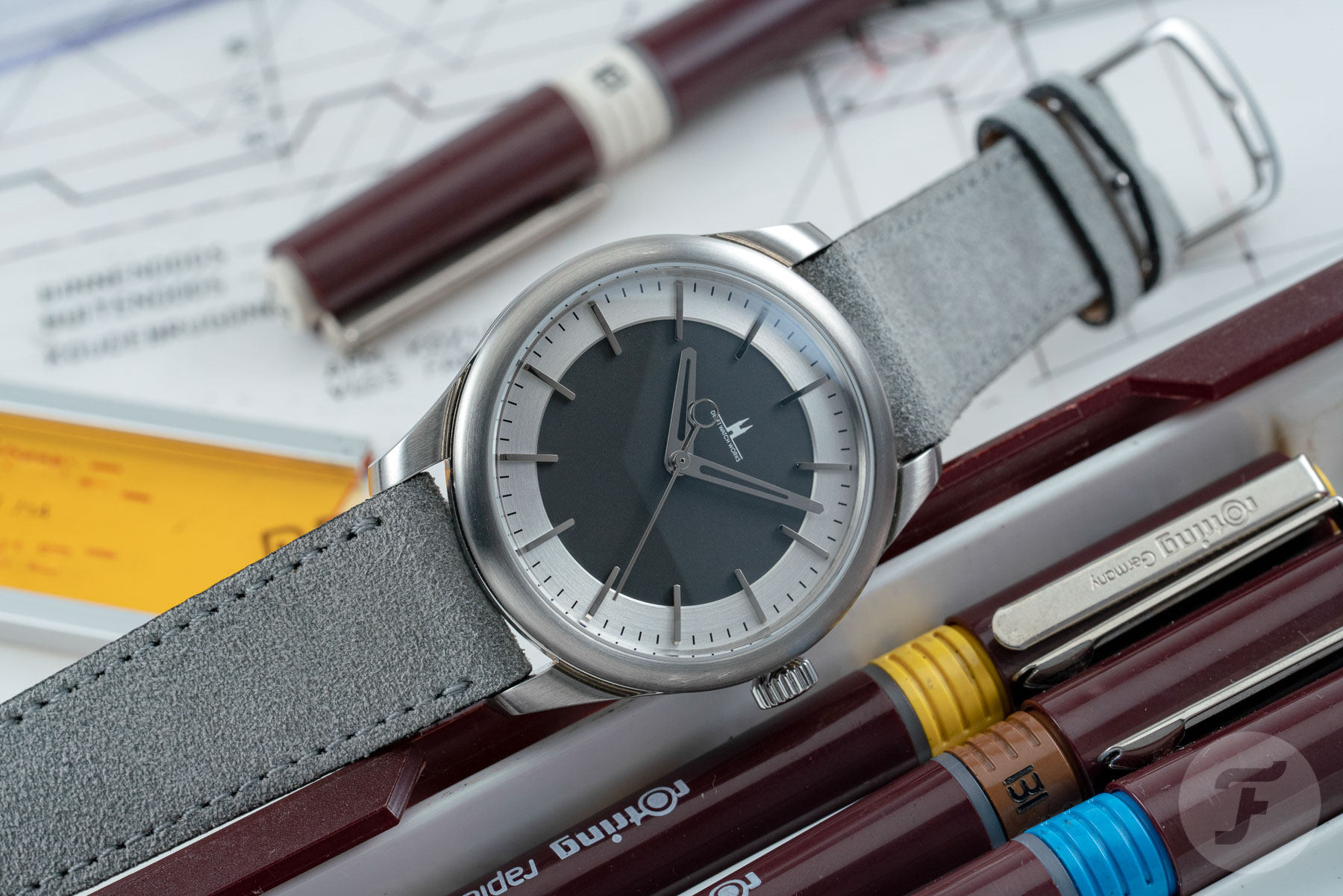 It also links with “Delfts blauw”, the famous traditional blue pottery made in the town. What all versions have in common is their depth, thanks to the dial’s three-layer design: indexes on top of the flange (1) above the dial (2) with a recessed inner dial (3). 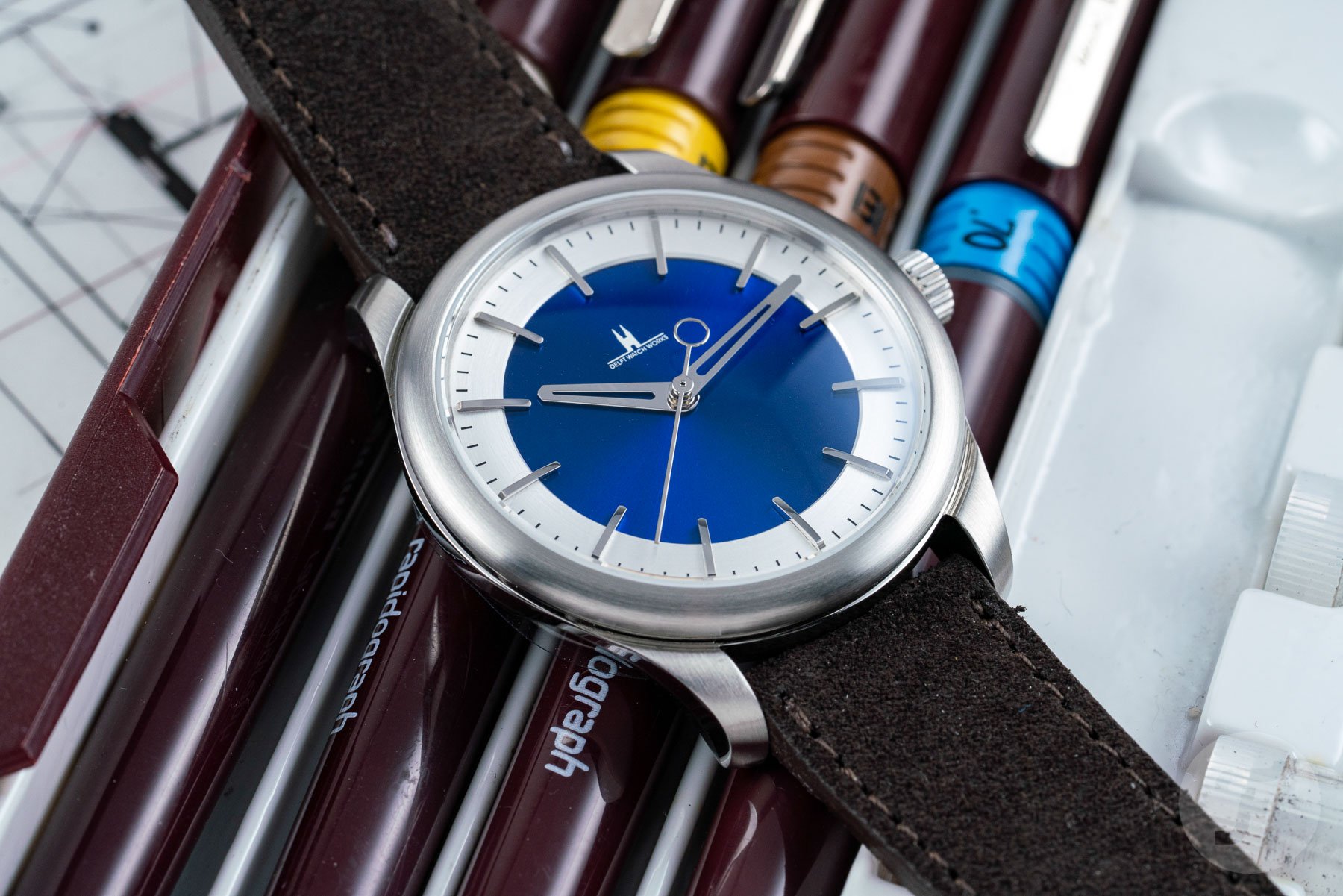 The founding fathers met in college

But no matter how striking a dial is, when it’s placed in a random, run-of-the-mill case, you still end up with a watch that will grow old soon enough. The Oostpoort has a case that’s far from boring. Don’t you think there are similarities with a Holthinrich Watches case? Okay, let me fill you in on a little secret…

They share a passion for vintage watches and classic clothing …

The driving force behind Delft Watch Works are college friends Twan Briels and, you guessed it, Michiel Holthinrichs. They got to know each other at the Faculty of Architecture at TU Delft. Twan is a project developer and Michiel of course, started his watch brand. They share a passion for vintage watches and classic clothing, and that is both the basis of their friendship and of Delft Watch Works. 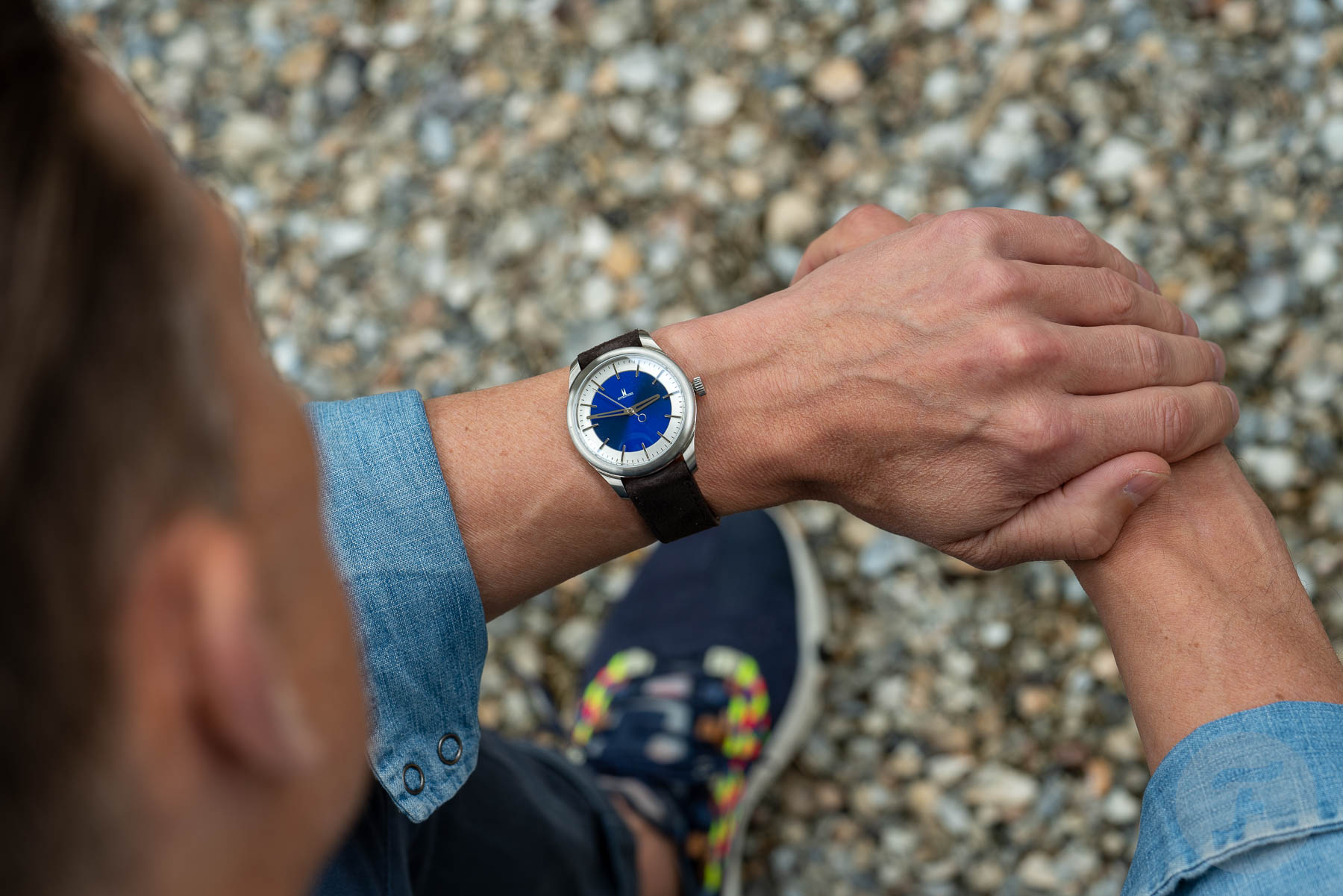 What the college friends also set out to do is create a watch brand that sits in a more attainable price bracket than the 3D-printed Holthinrichs Watches’ creations. We’re talking €747 for the Royal Blue and Radial Gray versions of the Oostpoort and €849 for the Transparent Date, versus €6,500 (without taxes) for an Ornament 1 Ruthenium for instance. In detail, the watches are very different, and they play in different leagues, but in spirit, they have a lot in common, and it shows. 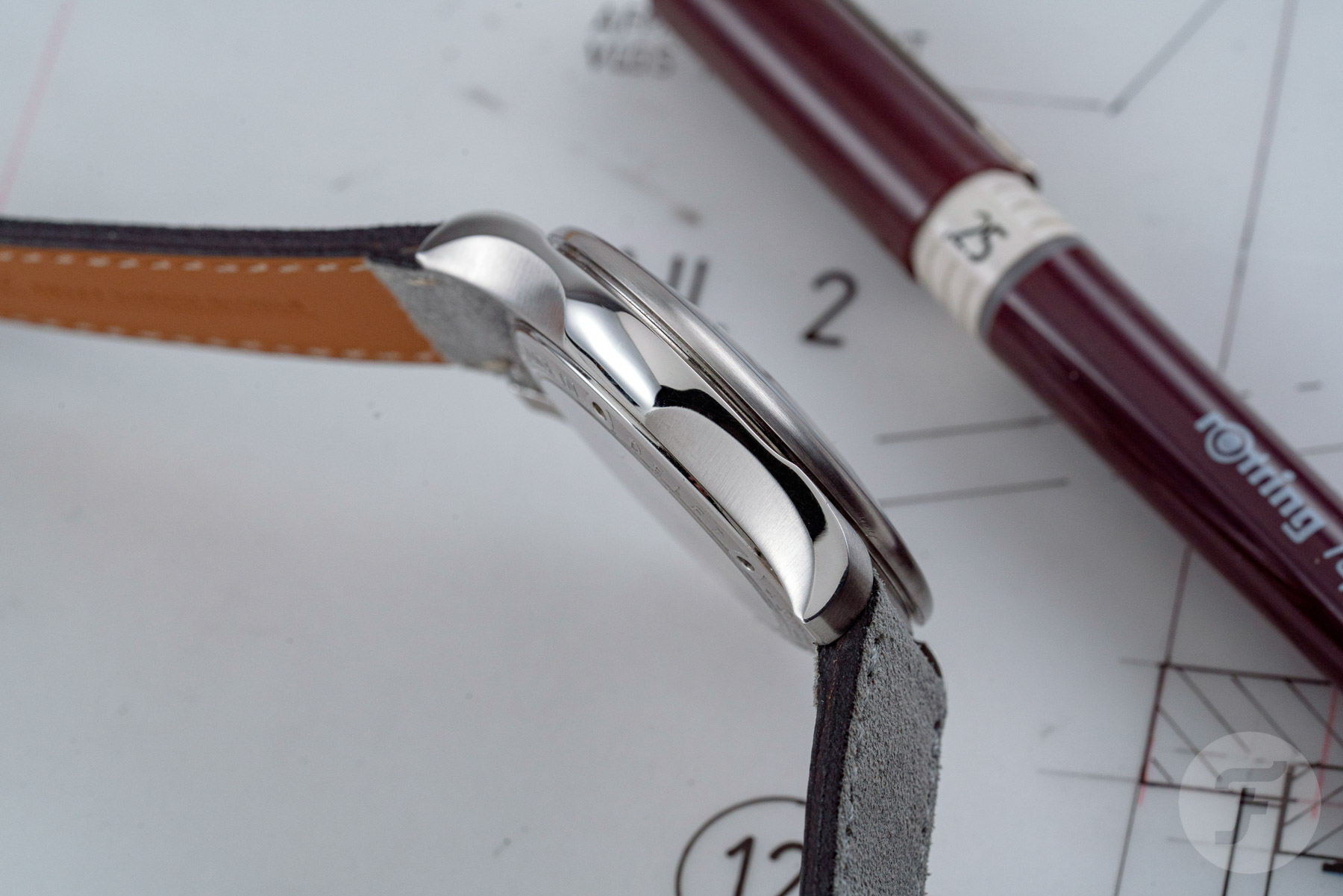 The best thing about the 40 × 12.4mm, 50-meter water-resistant steel case of the Oostpoort is its wonderfully curved design. It sits well on the wrist and is easy on the eye. It’s a dynamic design you could describe as organic. There’s plenty of contrast too. Hand-polished surfaces meet brushed details and give the case a brilliantly detailed high-quality feel. Plus, the most noticeable of all details: the smooth cutouts on the sides of the case. These flowing cutouts really set the Oostpoort apart. Briels and Holthinrichs really didn’t want to use an off-the-shelf case, and they deserve praise for that. The result is an elegant, contemporary case with an AR-coated double-domed sapphire crystal that’s neither too dressy nor too sporty. 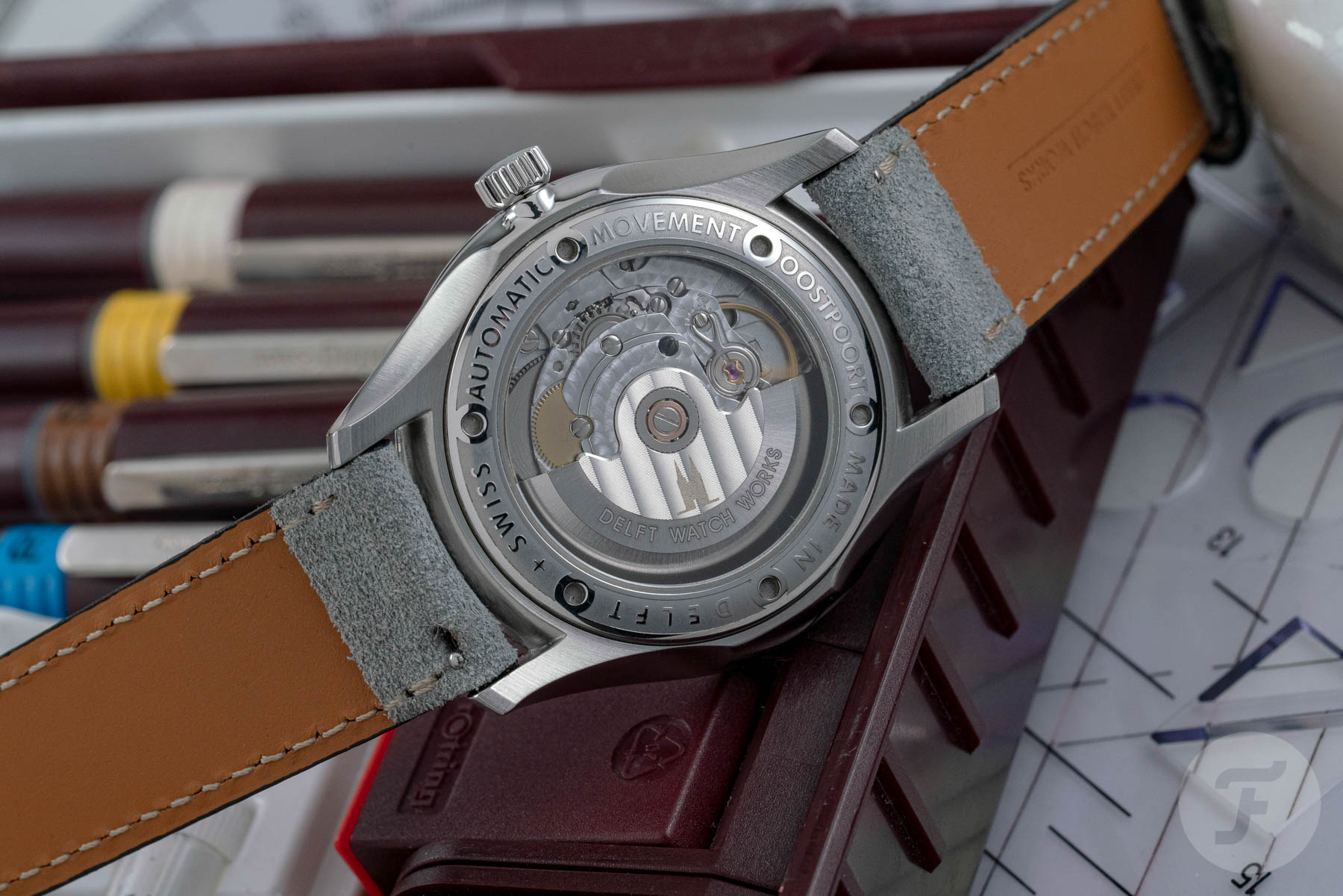 Every Oostpoort is assembled in Delft. But what do they put in the case? None other than the top-grade STP caliber STP1-11. STP stands for Swiss Technology Production and that’s a movement manufacturer owned by the Fossil group that builds around 100,000 movements per year. The automatic movement in the Oostpoort is a 26-jewel Swiss-made ETA 2824-2 clone. The claimed accuracy of the movement is – 0/+15 seconds per day. And since the Oostpoort is aimed at aspiring watch lovers, an open case back allows them to delve into the micromechanical wonder inside. To make it more attractive, the movement is decorated with perlage on the movement plates and Geneva stripes on the rotor. 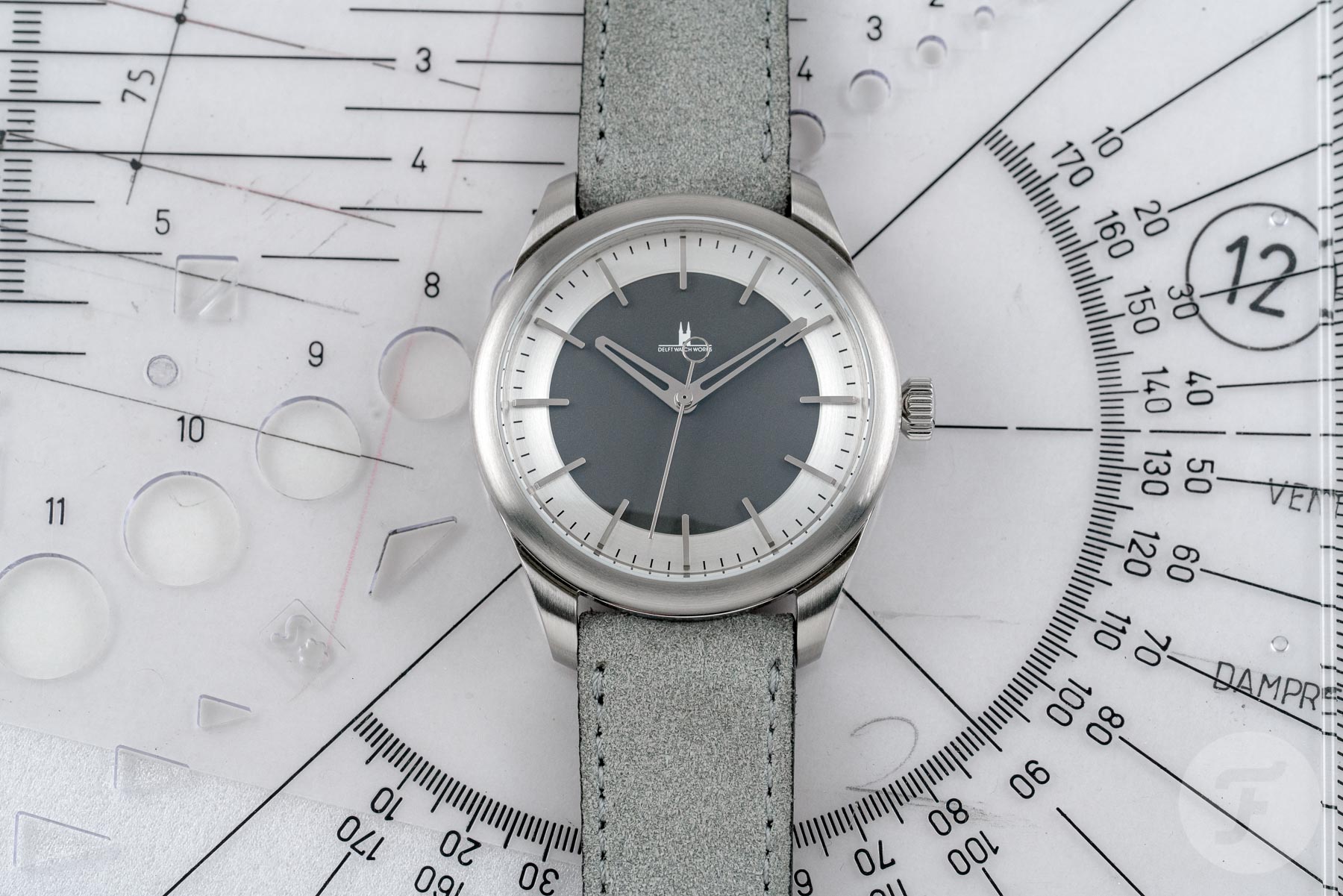 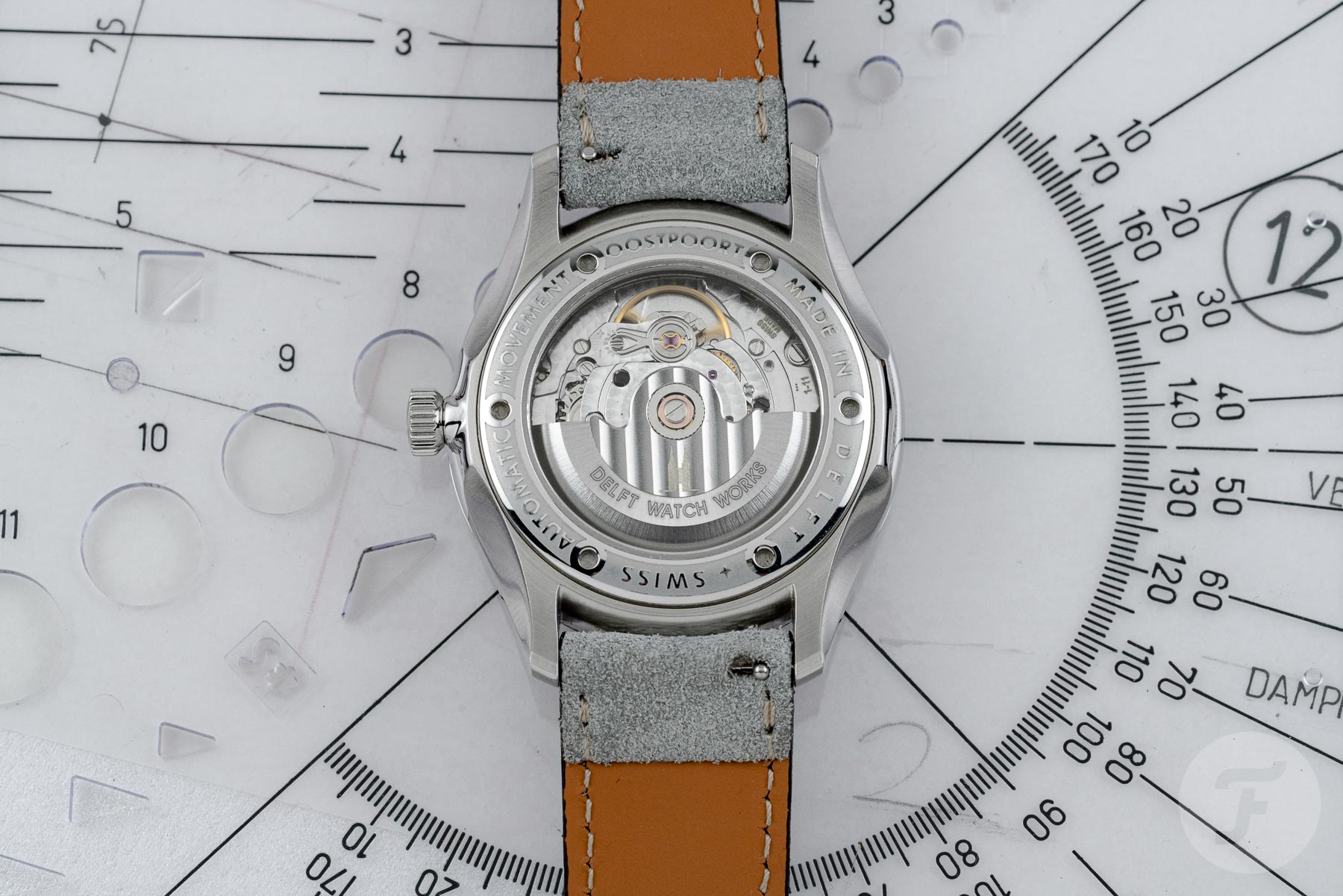 The curvy Delft Watch Works Oostpoort — which one of the three is it for me?

For me it’s easy, I would go for the introvert, somewhat more sober Radial Gray on the gray suede strap. The watch walks a thin line between a traditional watch and a design watch. You probably know what I mean. Especially when you look at the open-work/skeleton hour and minute hands and the seconds hand with the circle as a counterpoise. They have that je ne sais quois of industrial design that I somehow associate with the design language of Braun. Have a look at Braun’s brand logo, and you might catch my drift. But the Oostport pulls it off in its own unique way.

The guys at Delft Watch Works could have gone for some generic case, but they didn’t…

This is mainly because of the case. The case and its design show a deep understanding and love for watches. The guys at Delft Watch Works could have gone for some generic case. But they didn’t. And that takes them out of the “design watch” danger zone. 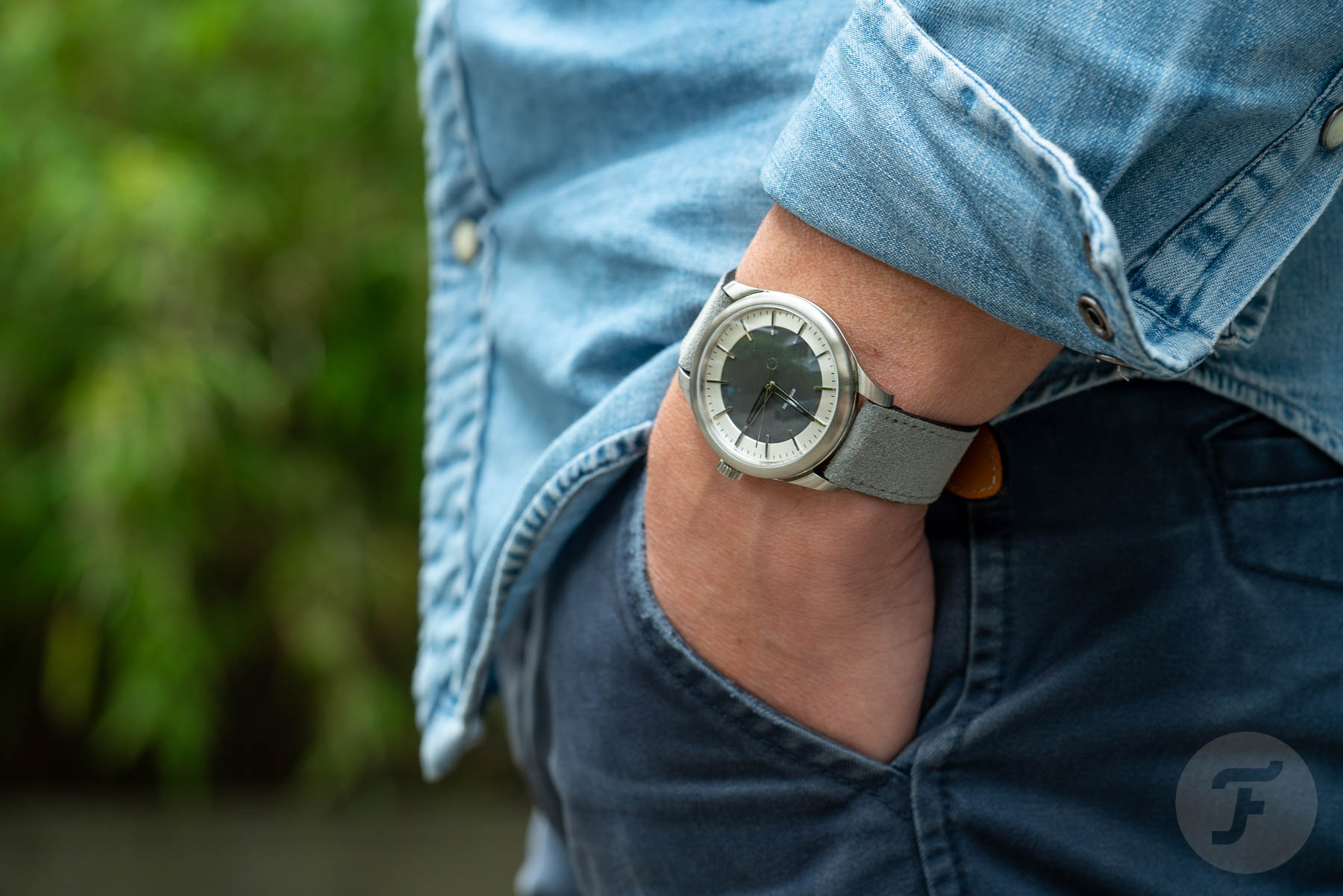 All three versions of the Oostpoort do look far more modern than the building the watches are named after. But the sharp logo with the stylized silhouette of the building feels right at home. Old and new come together in perfect harmony. And speaking of old, I do appreciate that the Oostpoort doesn’t follow a retro-inspired design. No fauxtina to be found here. Instead, sharp and crisp lines and fine details wherever you look. The best part of all three Oostpoort watches? I think it’s the contemporary look and feel, combined with a horological heart and soul. The brand founder’s passion for watchmaking and design truly shines through. 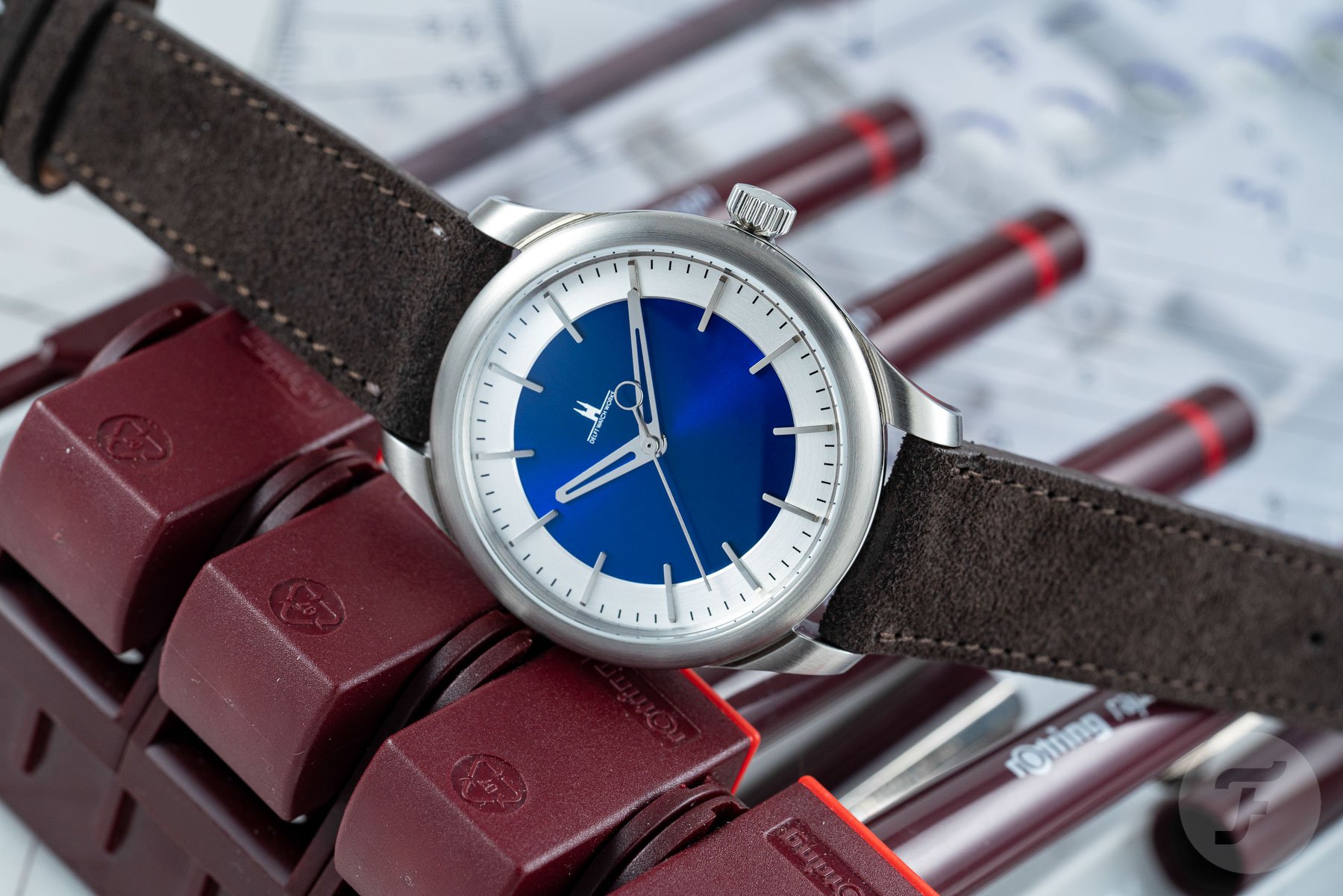 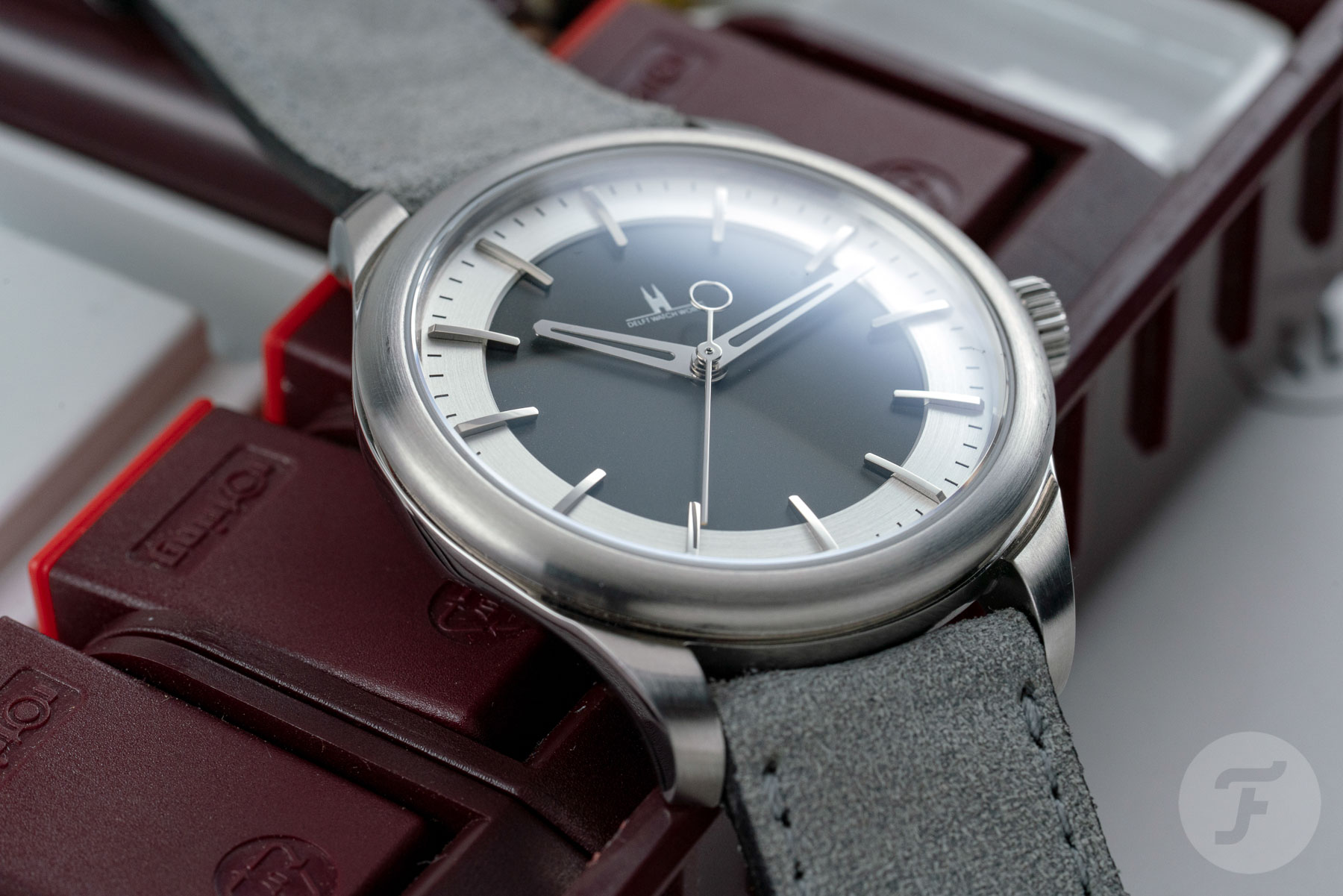 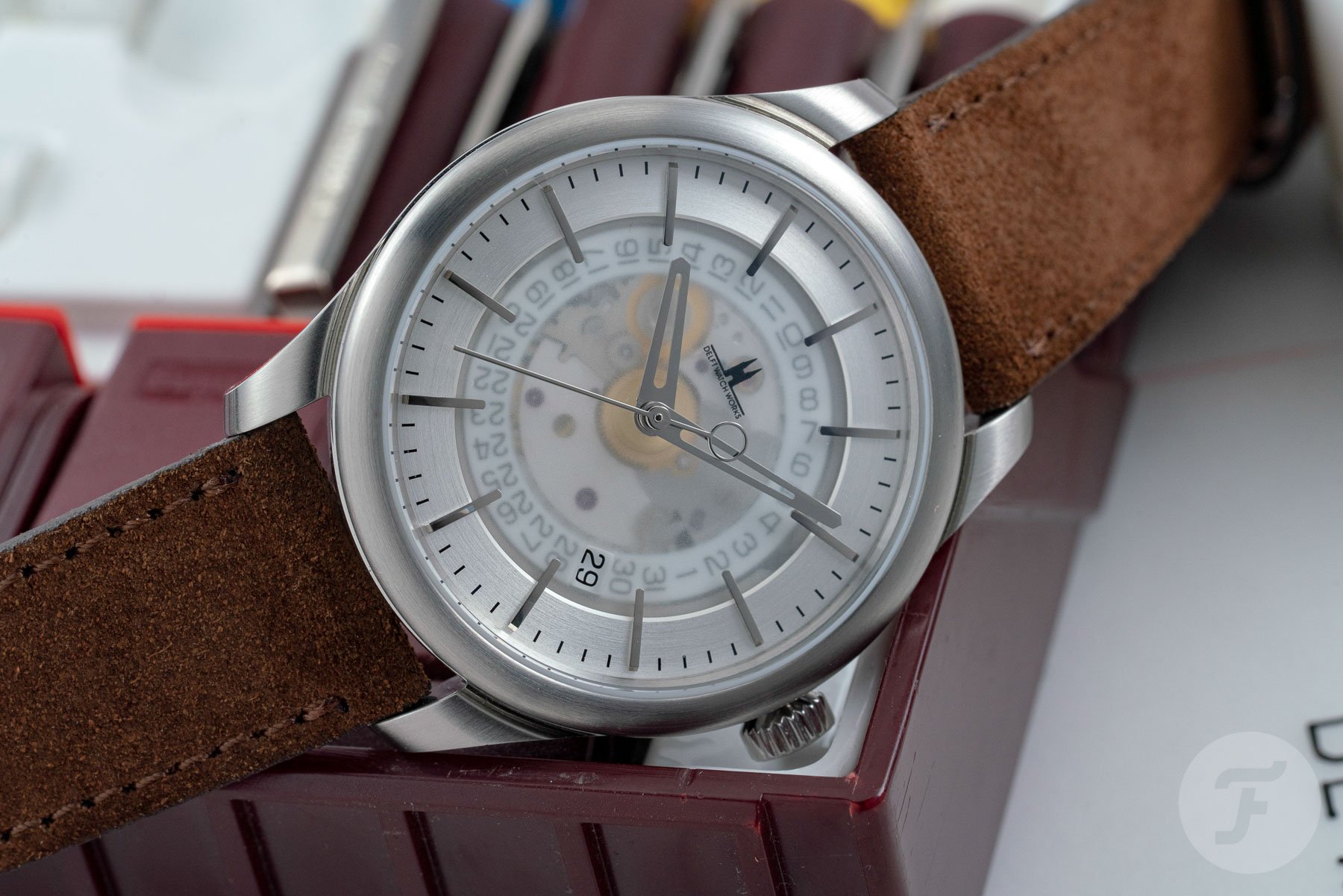 Please find more information about the three versions of the Oostpoort on the official website of Delft Watch Works.

Hot Topics
Introducing: The New Seamaster Professional 300M 60 Years Of Bond — With A Special Animated Case Back
105 comments
Are You Still After An Omega × Swatch MoonSwatch?
84 comments
It’s Time To Invest In A Dress Watch — Our Picks From Breguet, Omega, Grand Seiko, And More
72 comments
The Rolex Waitlist Conundrum — How Much Will The Price Of Your Watch Increase While You Wait?
50 comments
The Best Omega Speedmaster Watches Of 2022
40 comments
Popular
An Overview Of All Omega Speedmaster Apollo XI Models
Robert-Jan Broer
17
An Overview: The Tissot Chemin des Tourelles Watches
Fratello
Watch Brand Ambassadors – Does It Work?
Robert-Jan Broer
7