This small collection of 12 watches only is very limited and aimed at the sneakerheads. If it weren’t for the quartz movement powering the Prim x Footshop ‘Time for sneakers’ watch, I think they’d also reach the watchnerd audience.

Watch manufacturers invite ambassadors from different parts of the world to put their faces to a particular watch, representing diverse communities and lifestyles. In the better, albeit less often case, they are invited to “design” the watch as well. Collaboration watches (as we shared recently) are nothing new, of course. Today we present a collaboration with a truly unique twist! 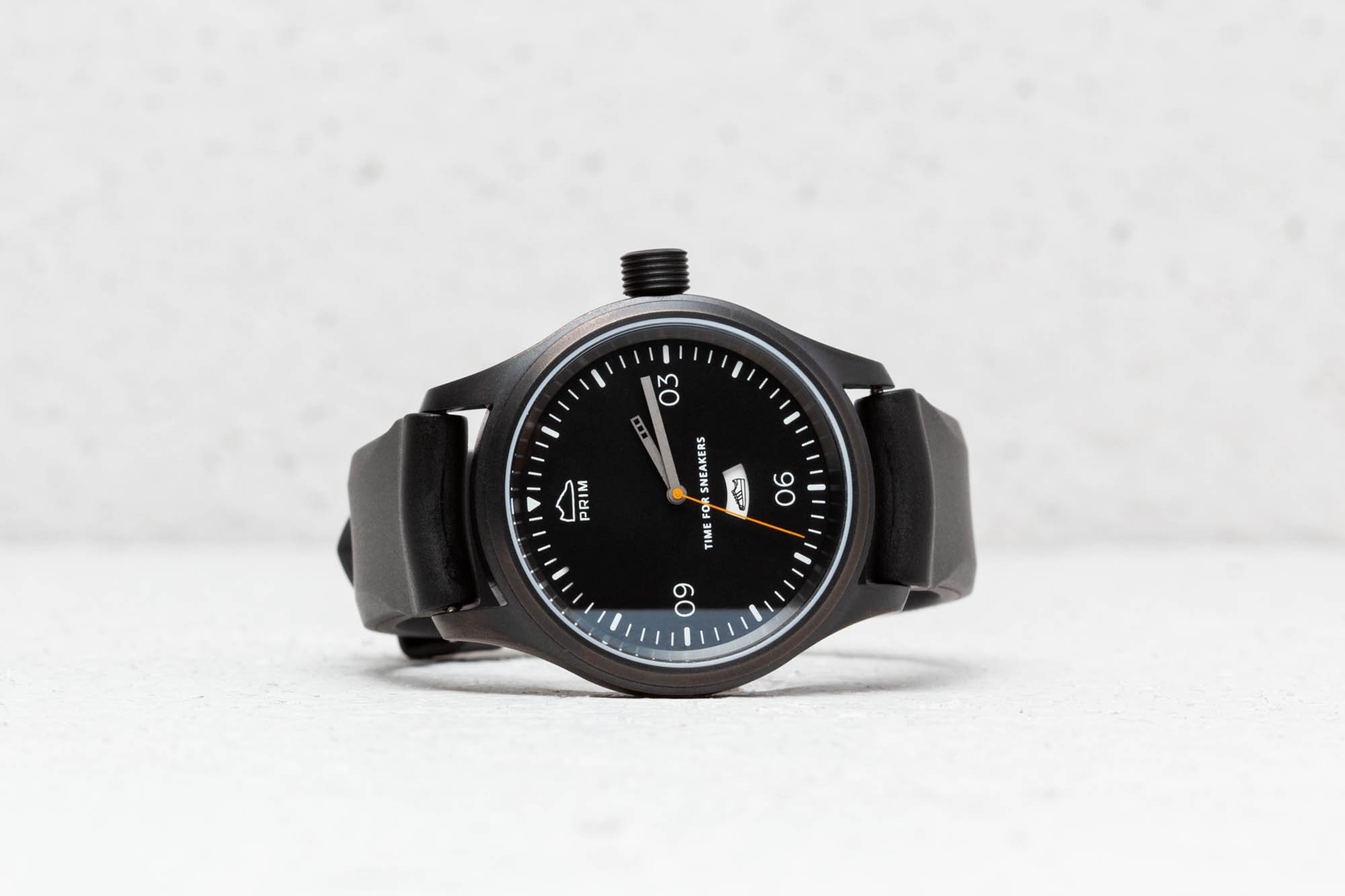 Does it strike you as useless or even ridiculous? Maybe. I call it even a bit bizarre, but truly original.

The game is usually played around the design and materials of the watch. Seeing any less or more serious complication being implemented into low or mid-priced watches is rare. I am talking about simple ideas that make random watches a talking point. To help you better understand what I mean, I will use some inspiration from random ordinary brands such as Mondia, Tourist or Vulcain from a few decades ago. I am talking easy stuff that makes a look at the wrist more amusing. We can start with an alarm wristwatch, a pre-quartz stunt jumping second in a mechanical watch or a useless but cool flashing red-dot second watch. 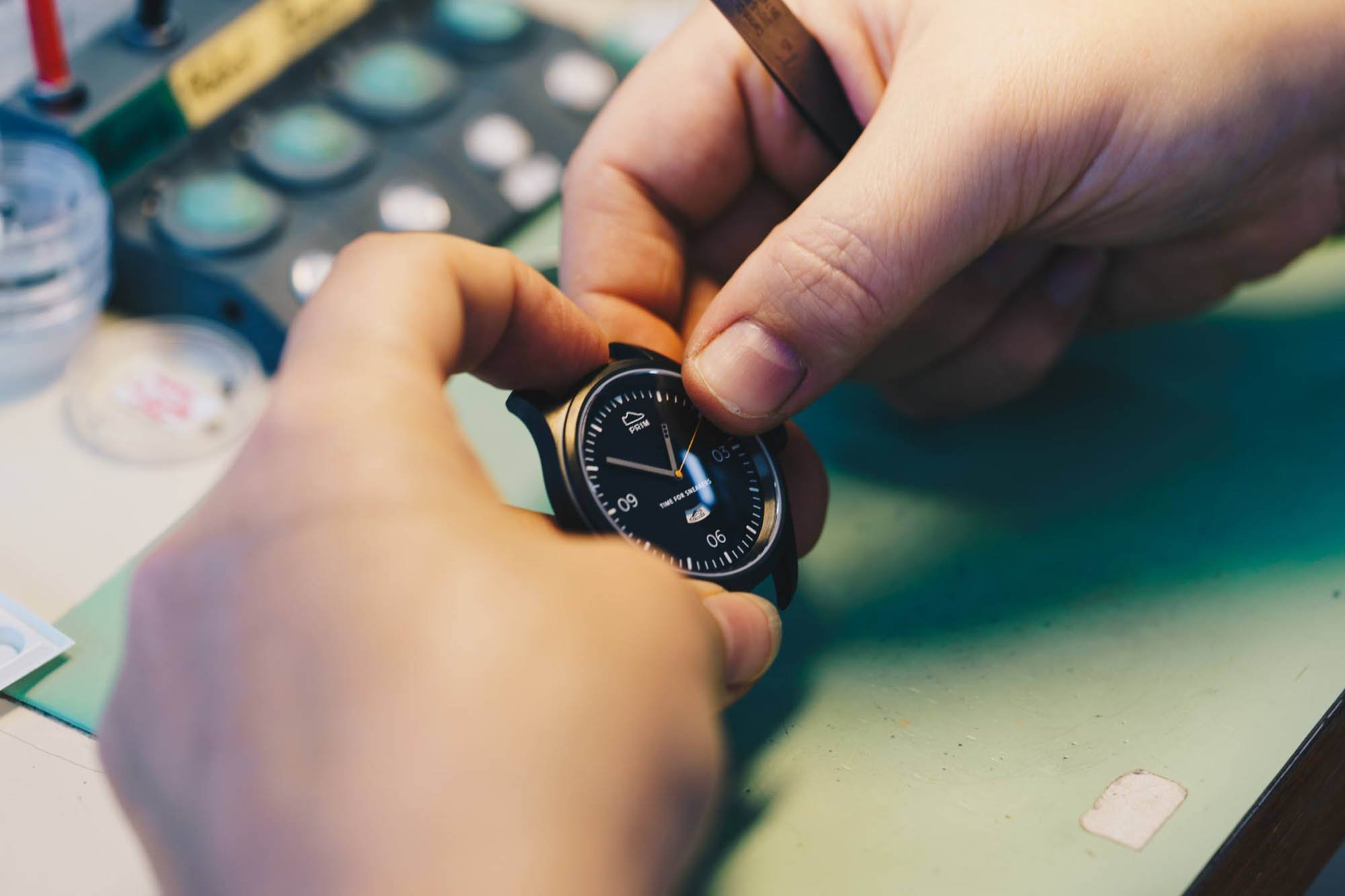 We all agree that to run a successful business today, you have to be creative. Without blinking an eye, I have to say the guys at Footshop, a fast-growing sneakers shop, know their game. Last year they scored revenue of 22 million Euros, 40% more than the previous year. They are active online on eleven markets, also opening up huge flagship stores in some big European cities, including Budapest and Prague. By placing the YEEZY by Kanye West sneakers on their shelves, Footshop became one of the serious players amongst premium sneaker store brands. I know nothing about sneakers, to be honest, but their track record since founding in 2012 sounds impressive. Fast forward to today, running a limited edition of 12 special watches confirms that Footshop is not trying to chase the revenue only, but wants to also systematically boost their brand awareness in cool and creative ways. 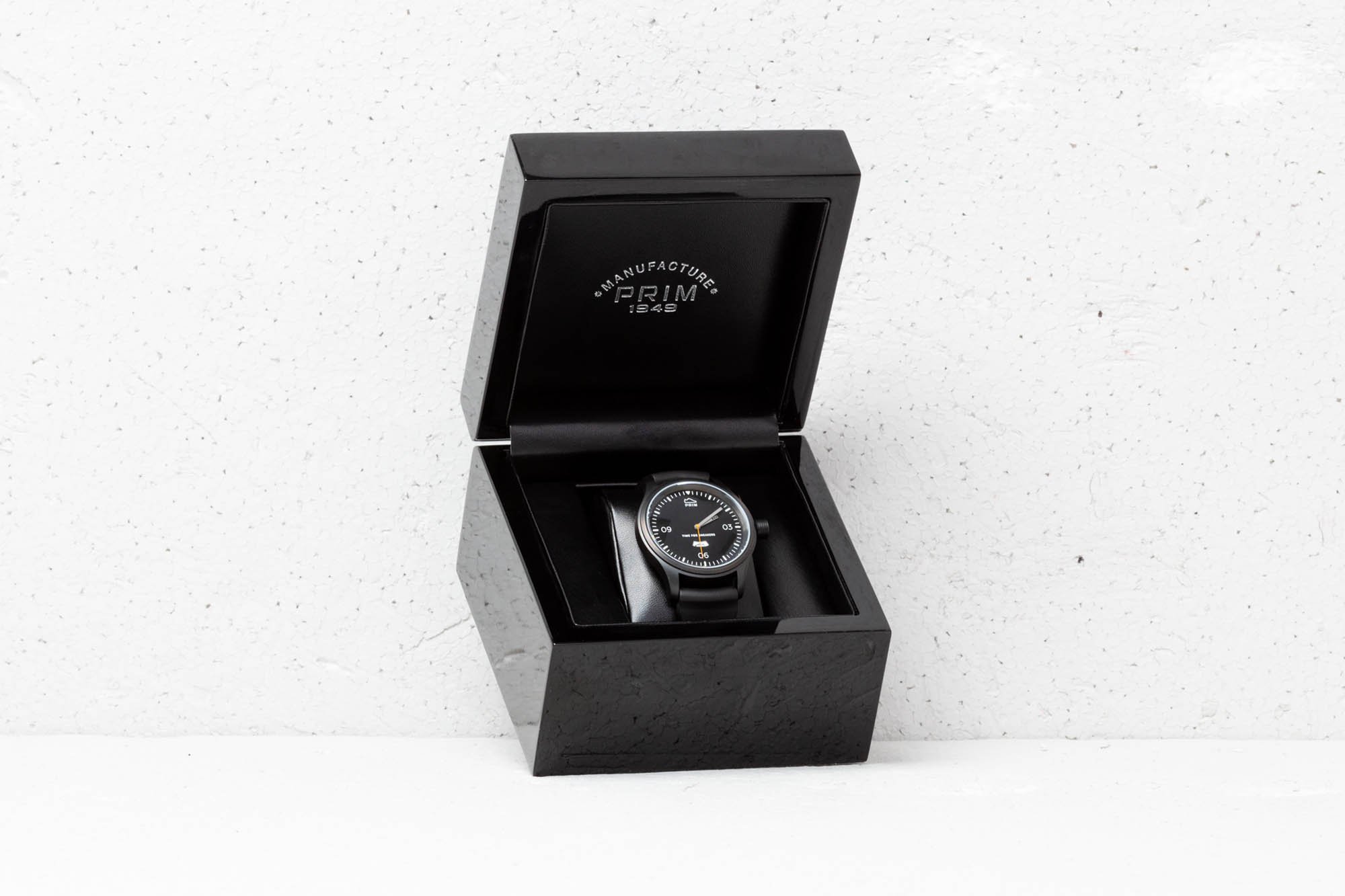 You will get the concept instantly when you look at the dial. There is one slightly curved aperture with a sweet and striking outline sketch of a sneaker on the black dial. If you’d wear it all week long, you could see seven different types of sneakers, one for each day. The watch, together with all the silhouettes for the seven chosen models, were carefully designed by the Footshop team. The white rotating disc reveals an Adidas Superstar, a Nike Air Max 1, a Converse Chuck Taylor Low, a Reebok Instapump Fury, an Air Jordan 11 Low, a Vans OldSkool and a New Balance 997. From this line-up, the Nike Air Maxes are the only ones I sport, but Balazs and Jorg can probably identify with more sneakers in the line-up. 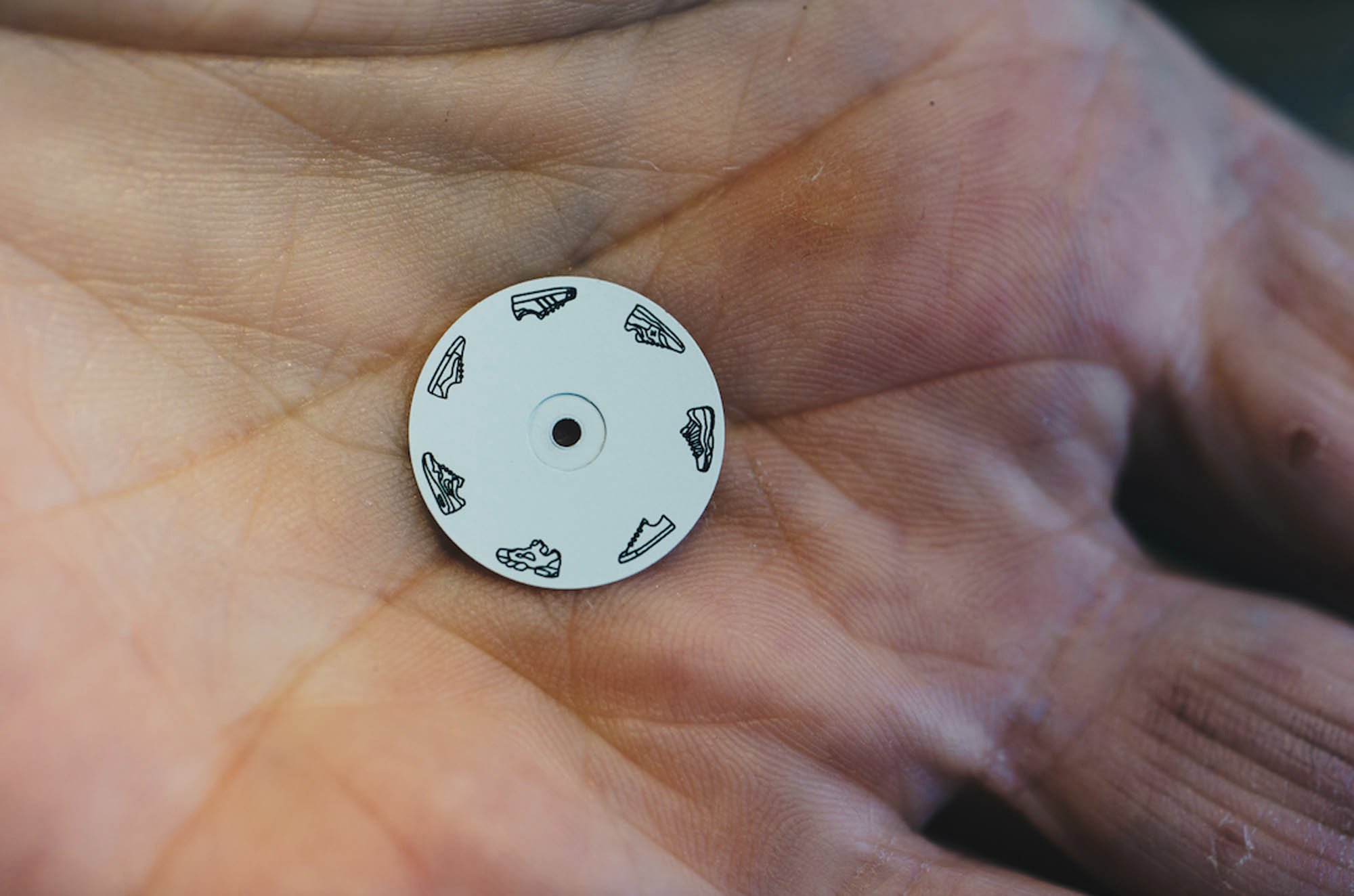 Shrinking the diameter down to 34mm was a bit of a surprise for me, but as a fan of smaller sized watches, I would say it is a pleasant surprise. I find the overall design very smooth and fitting to the modern sneaker-day-change idea. The black PVD blends with a black dial with short and rounded indexes. In line with the PRIM special limited edition for the Czech Olympic Team, the Arabic numerals 3, 6, and 9 come with a zero in the front. Critics say that the zero is a bit redundant, but I don’t mind. Quite the opposite, it is no Omega, so I find it refreshing. I also find the huge crown with distinctive grooves quite refreshing, and it was borrowed from the same pilot model, symbolizing the engine cylinder block from MiG planes. 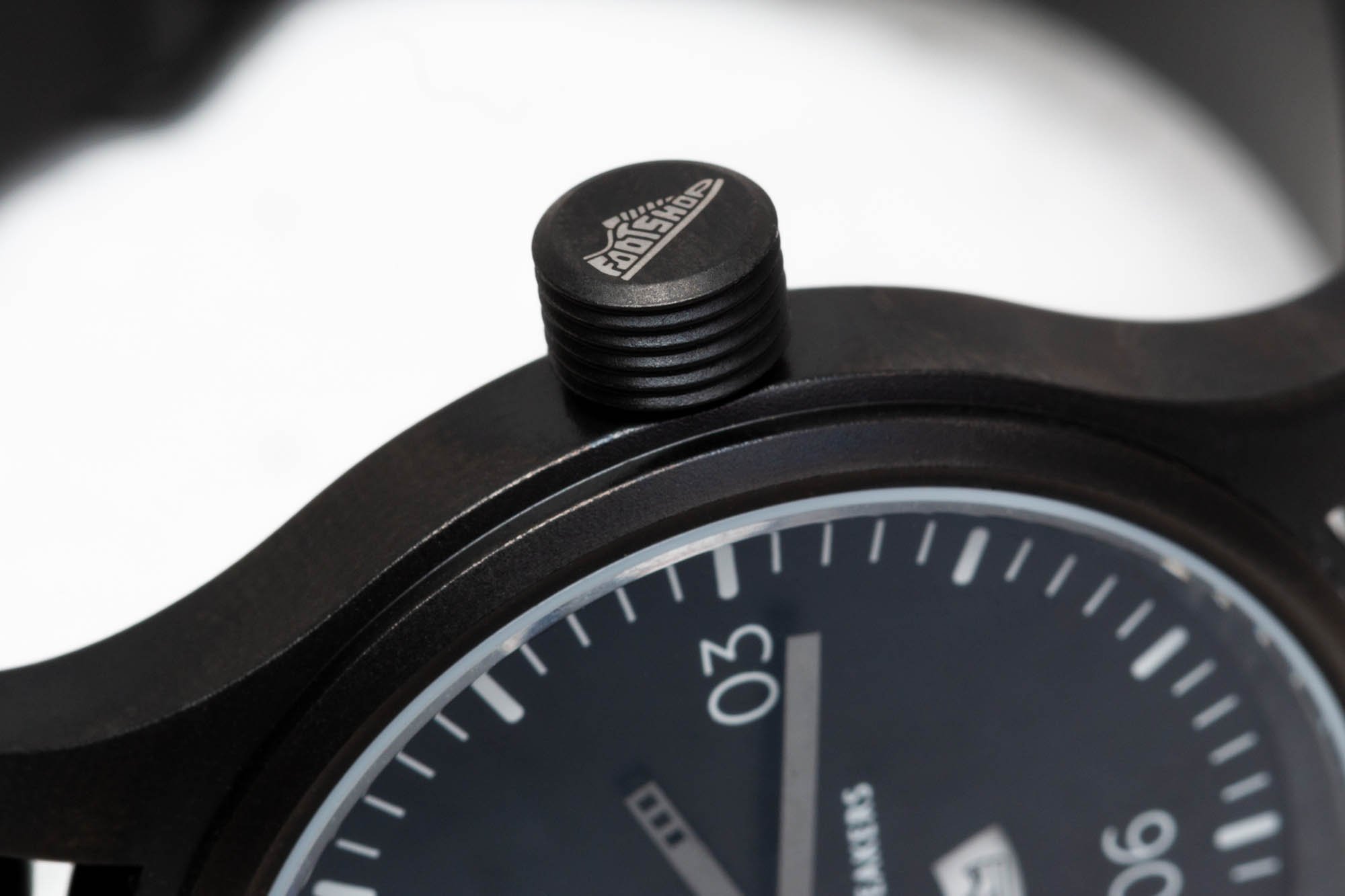 I also find the really big sticking crown with distinctive grooves quite refreshing.

The marker at twelve is substituted with a small triangle. Instead of the number 12, you will see a decent sneaker outline with the watch manufacturer PRIM beneath. If I had to pick another party pooper besides the quartz movement, I would pick the hands. Not sure about it. Too flat and too sharp. They look a bit unfinished to me. But, the orange central second hand gives a watch some juice. 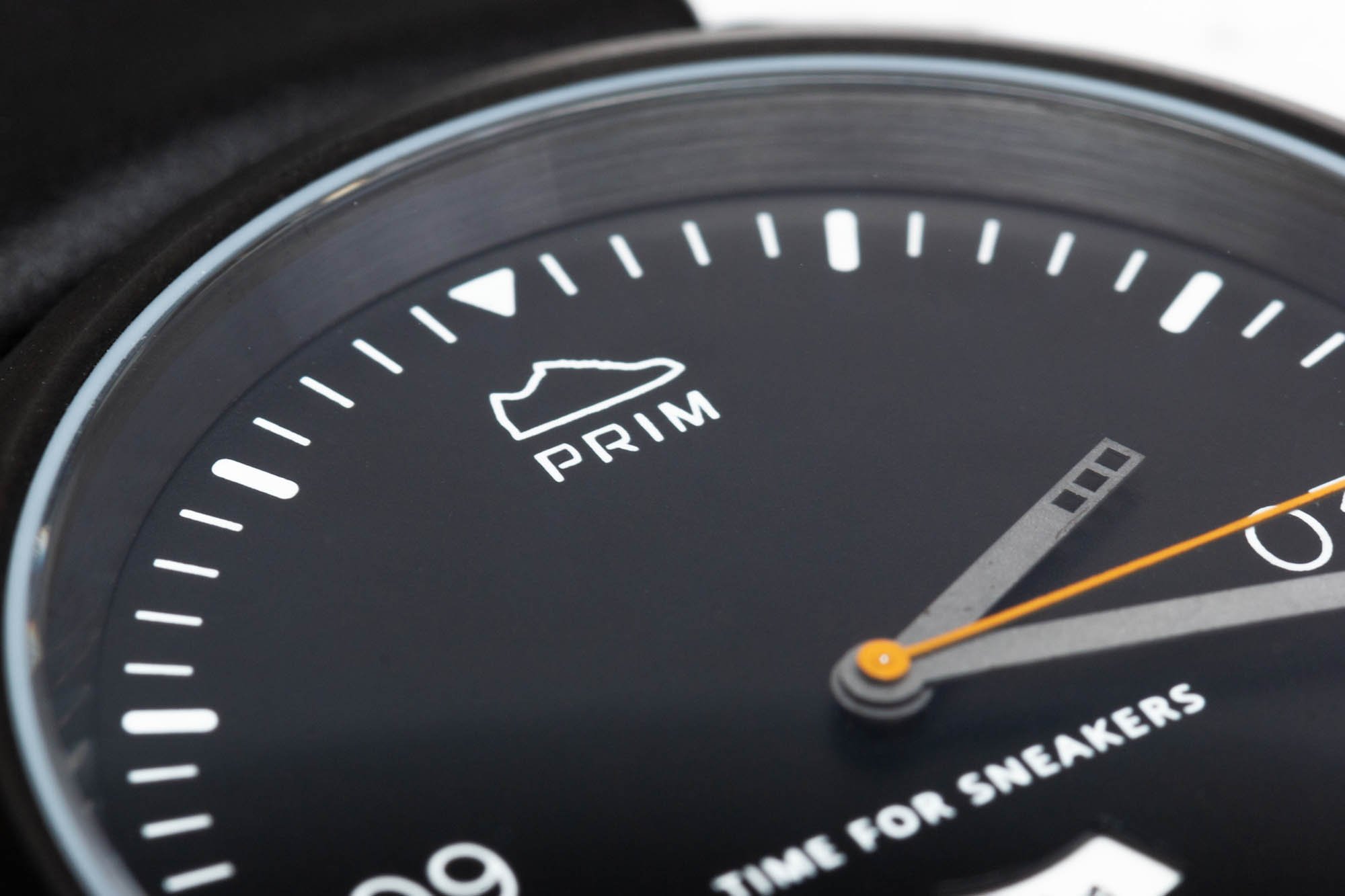 Investigating the watch from front to back, you bump into two places where you’ll find a reference to Footshop. Instead of going full frontal on the dial, Footshop opted for a more subtle solution.  There’s a logo on the crown and the case back. As an outcome, twelve new watch owners get a very clean and coherent design with the idea. 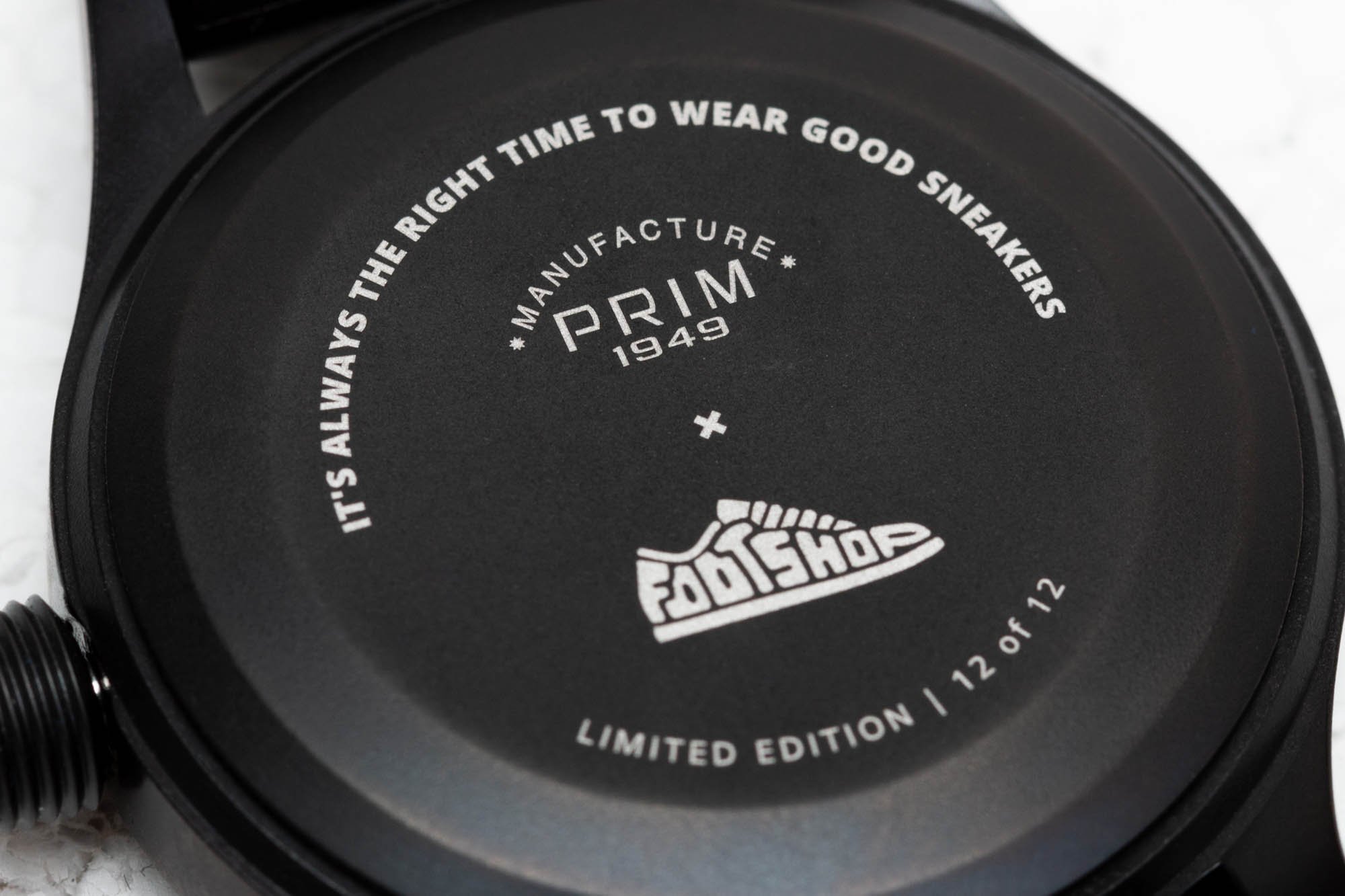 Seeing any type of less or more serious complication being implement into low or mid-priced watches is rare.

Some might find the 800 Euro price tag for a quartz watch hard to digest. It struck me too, but in the end, I decided to justify it. With twelve timepieces produced, I can imagine that in 50 years from now, we will know it from pictures only. Does it strike you as useless or even ridiculous? Maybe. I call it even a bit bizarre. But look at the case back. It’s always time to wear good sneakers. When paired with a running disc on this watch, it makes for a great experience. 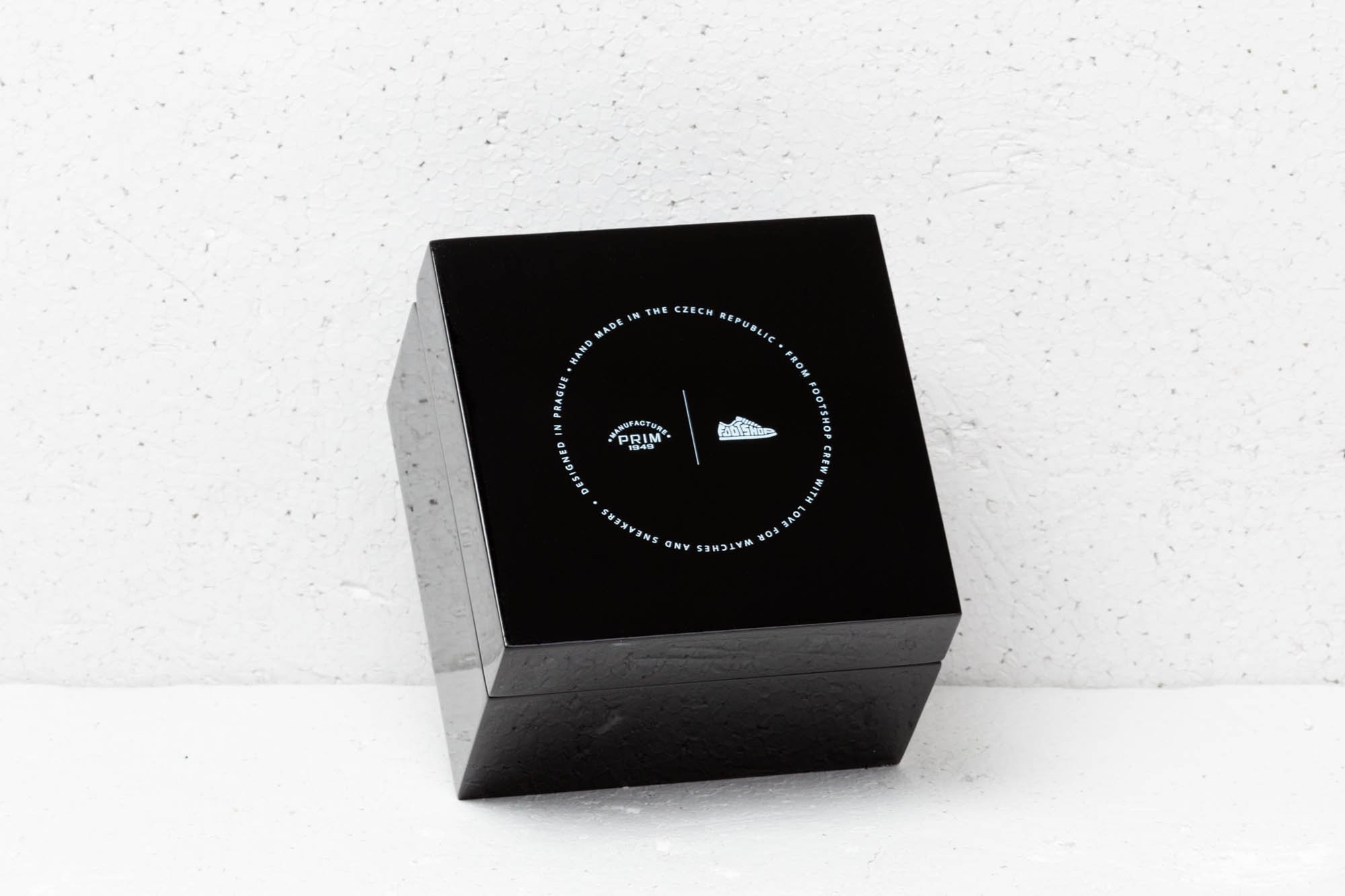 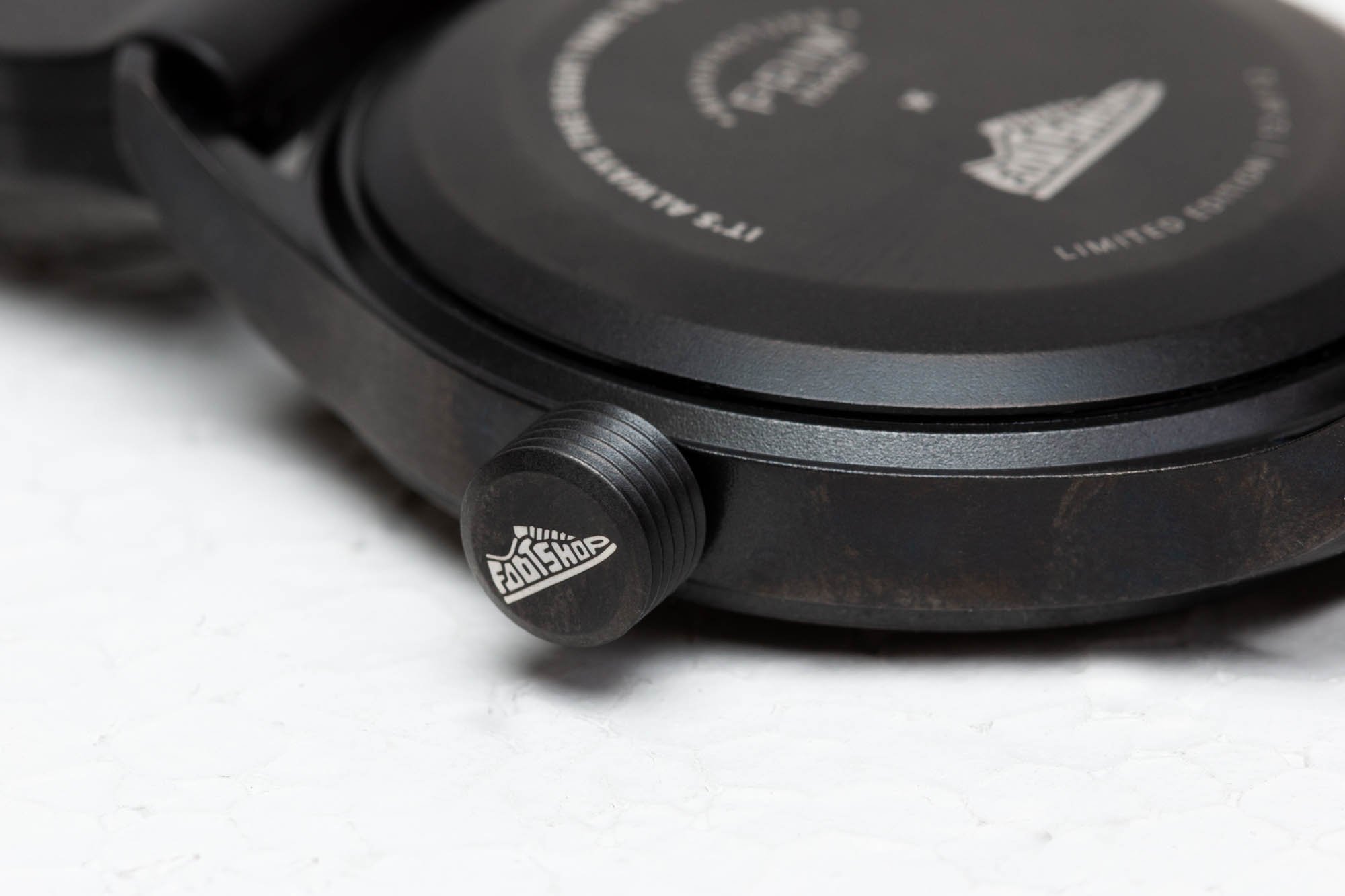 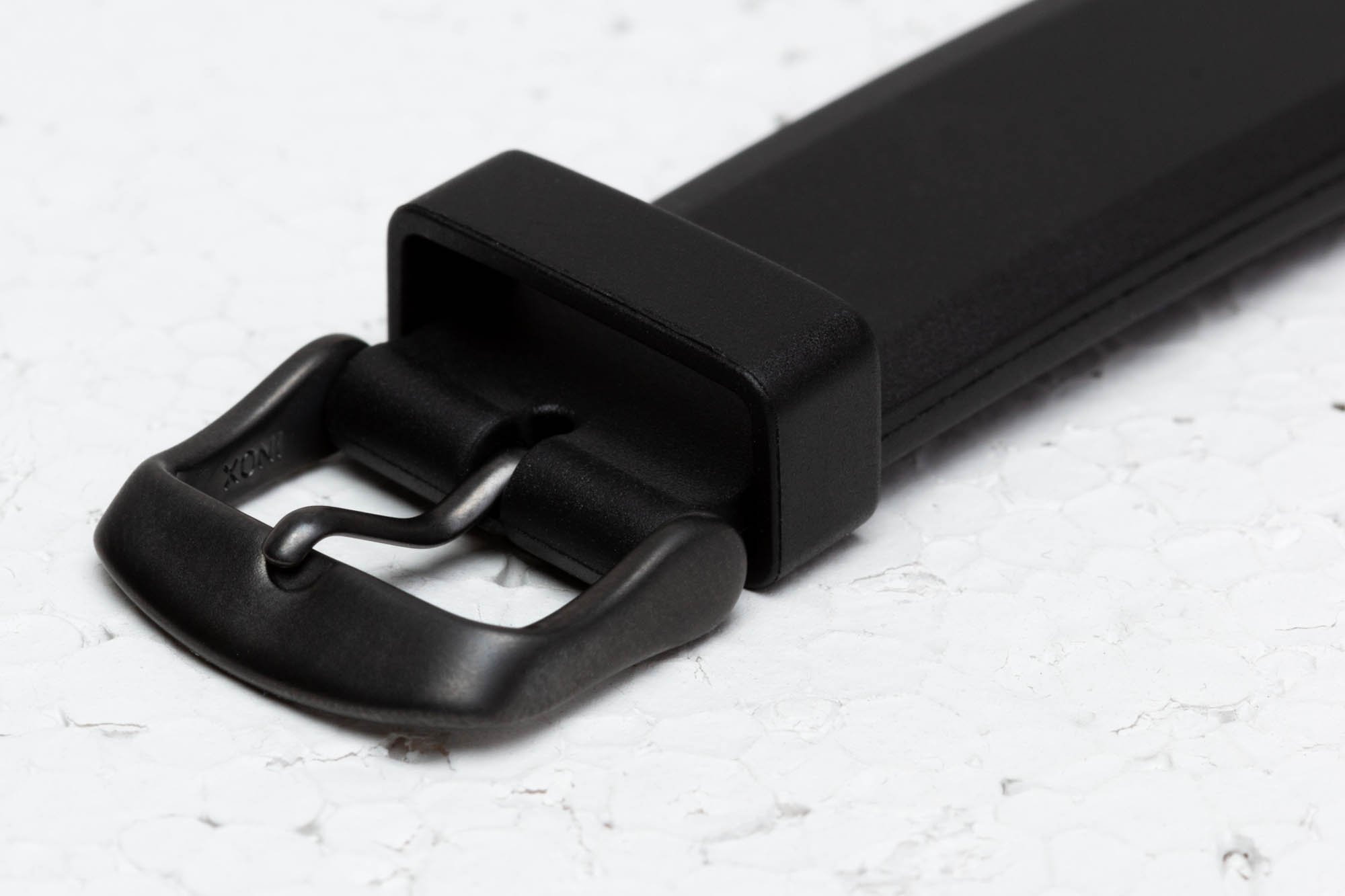 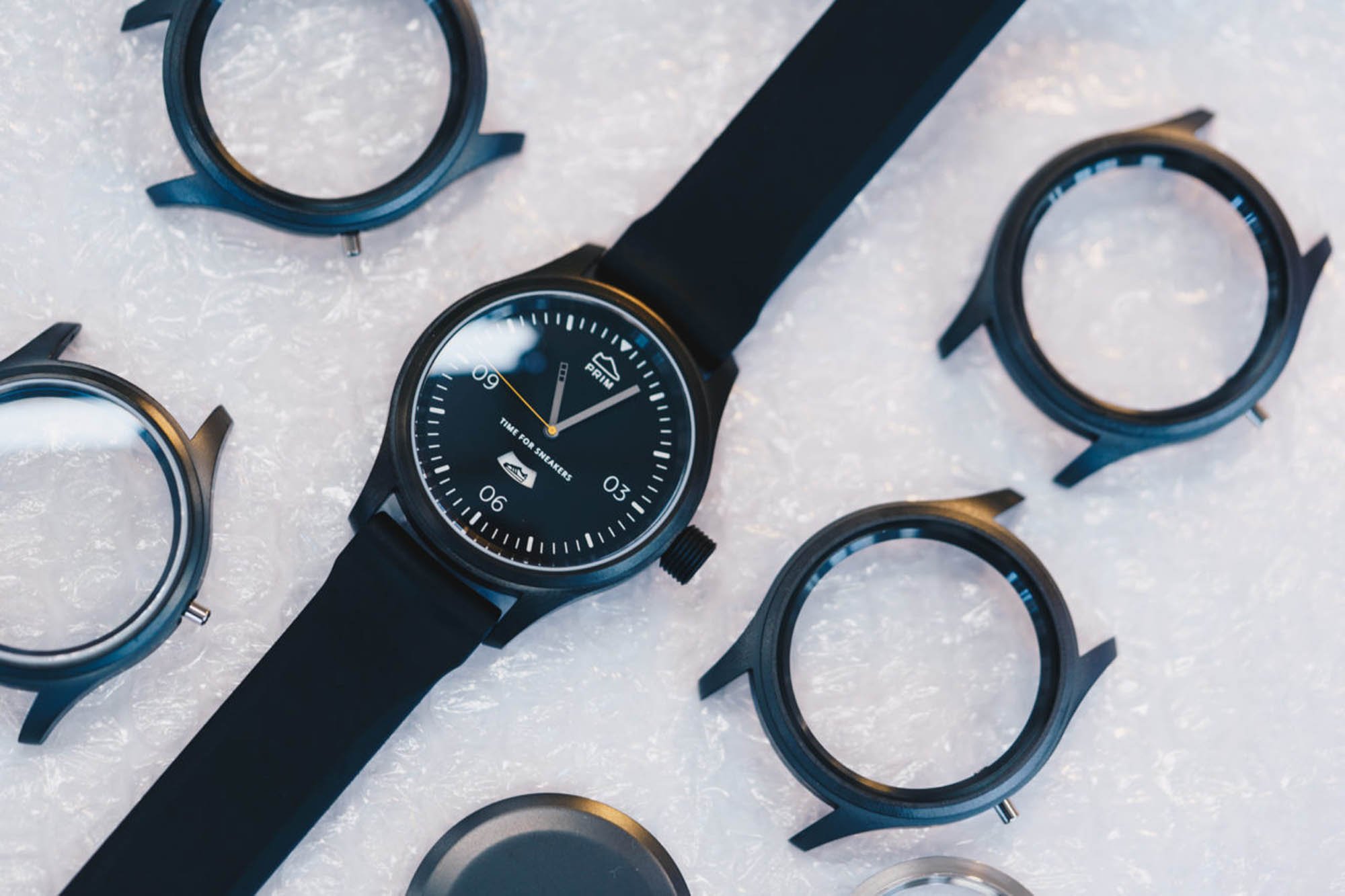 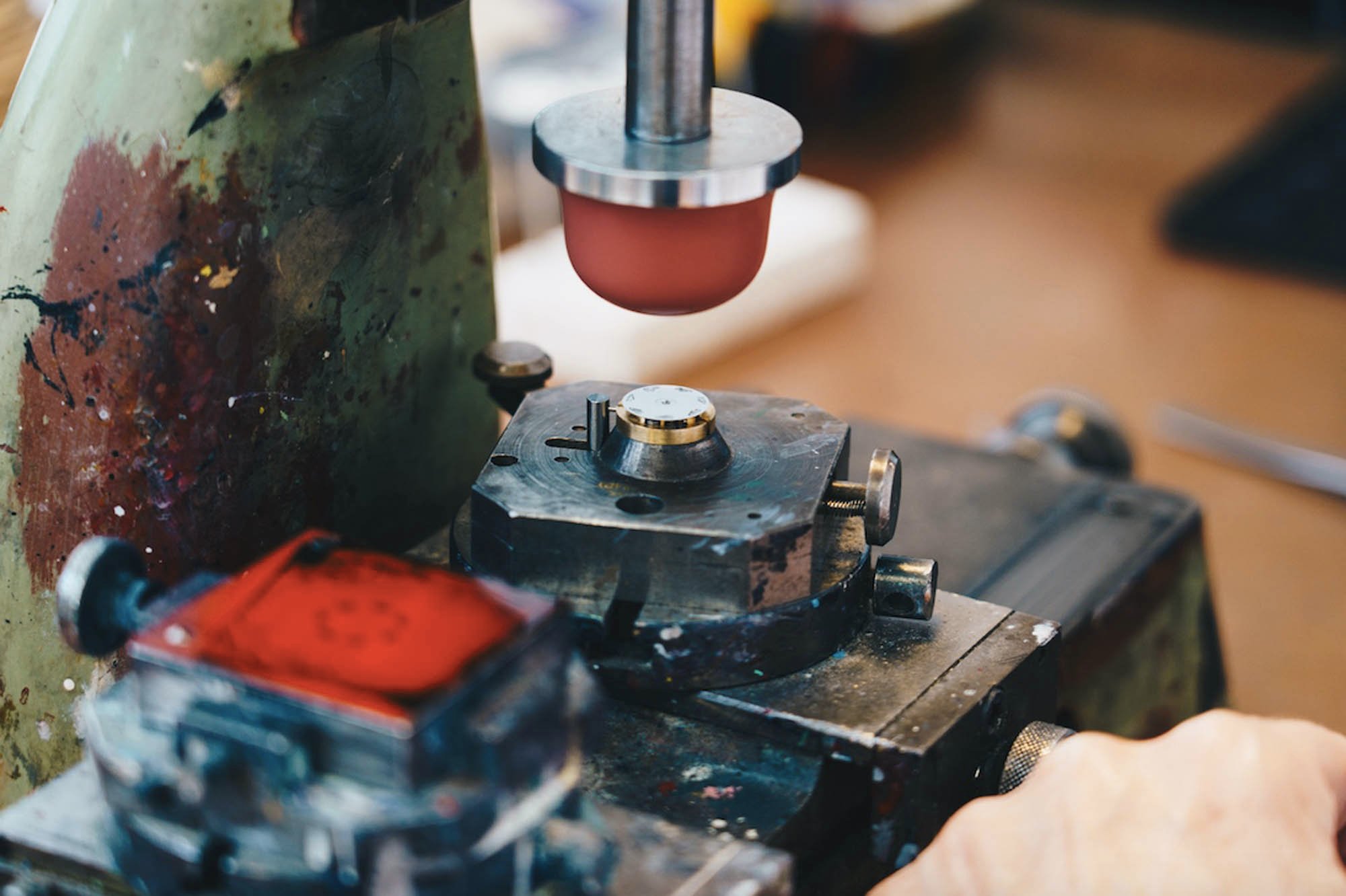 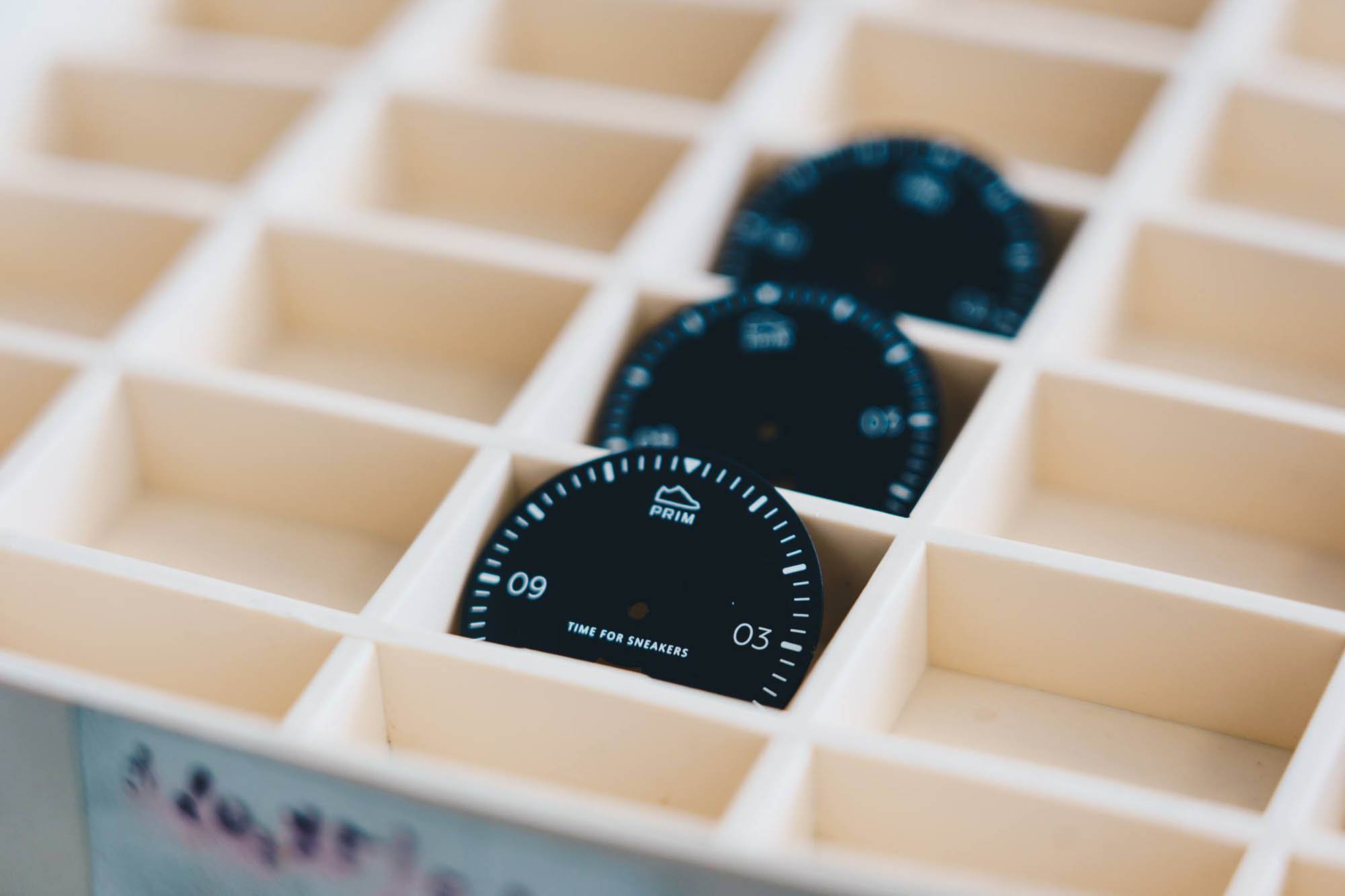 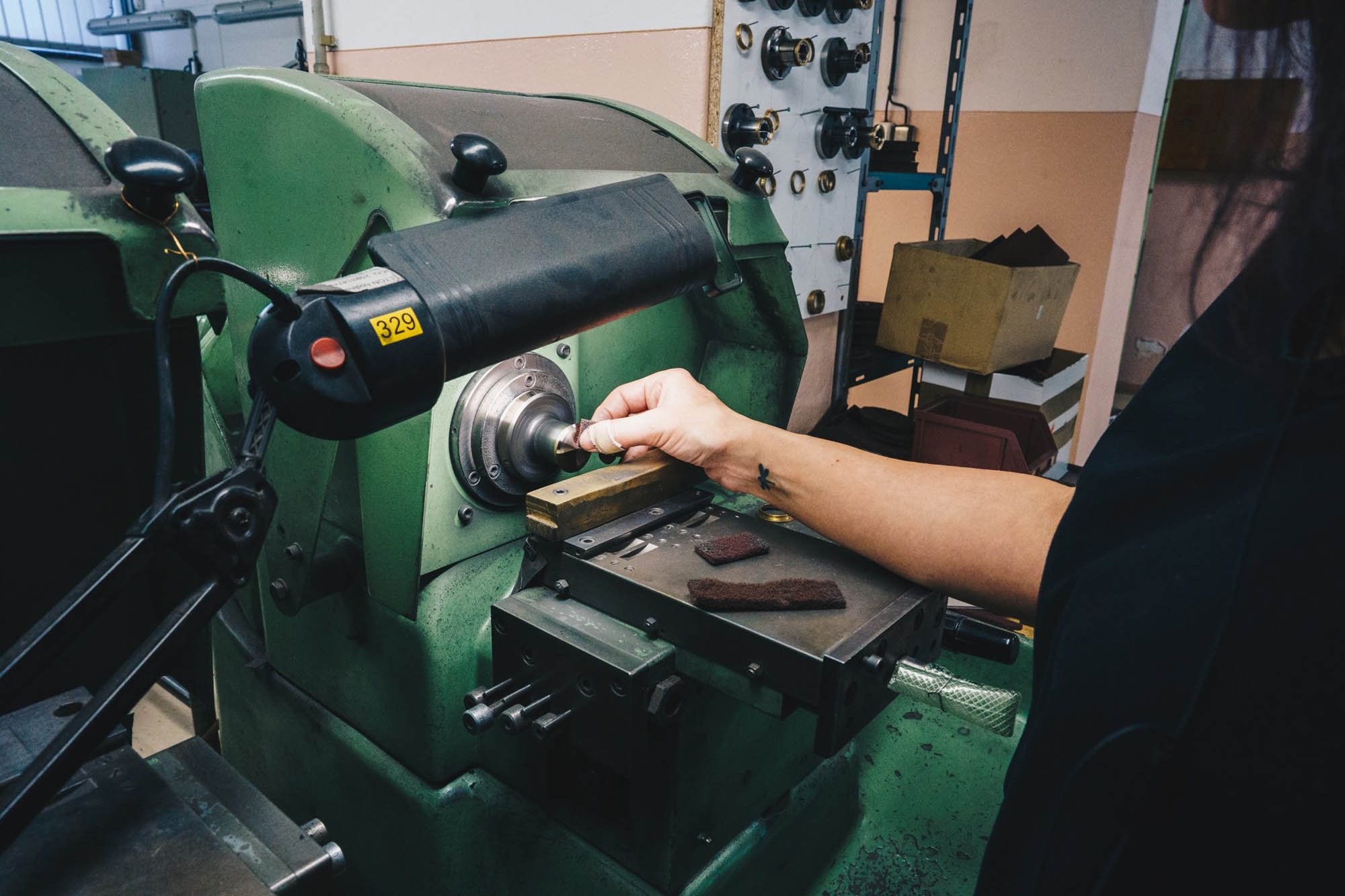 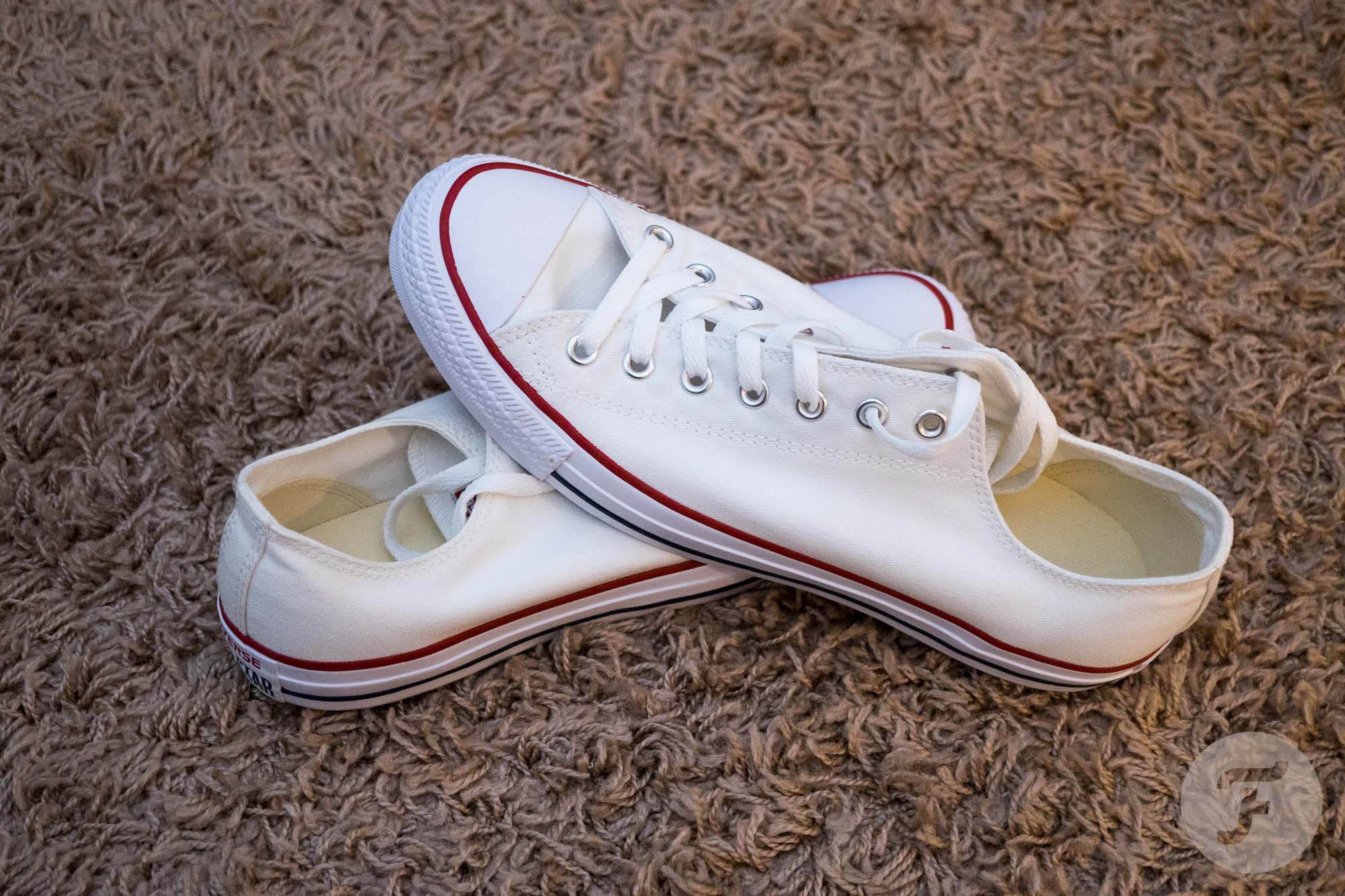 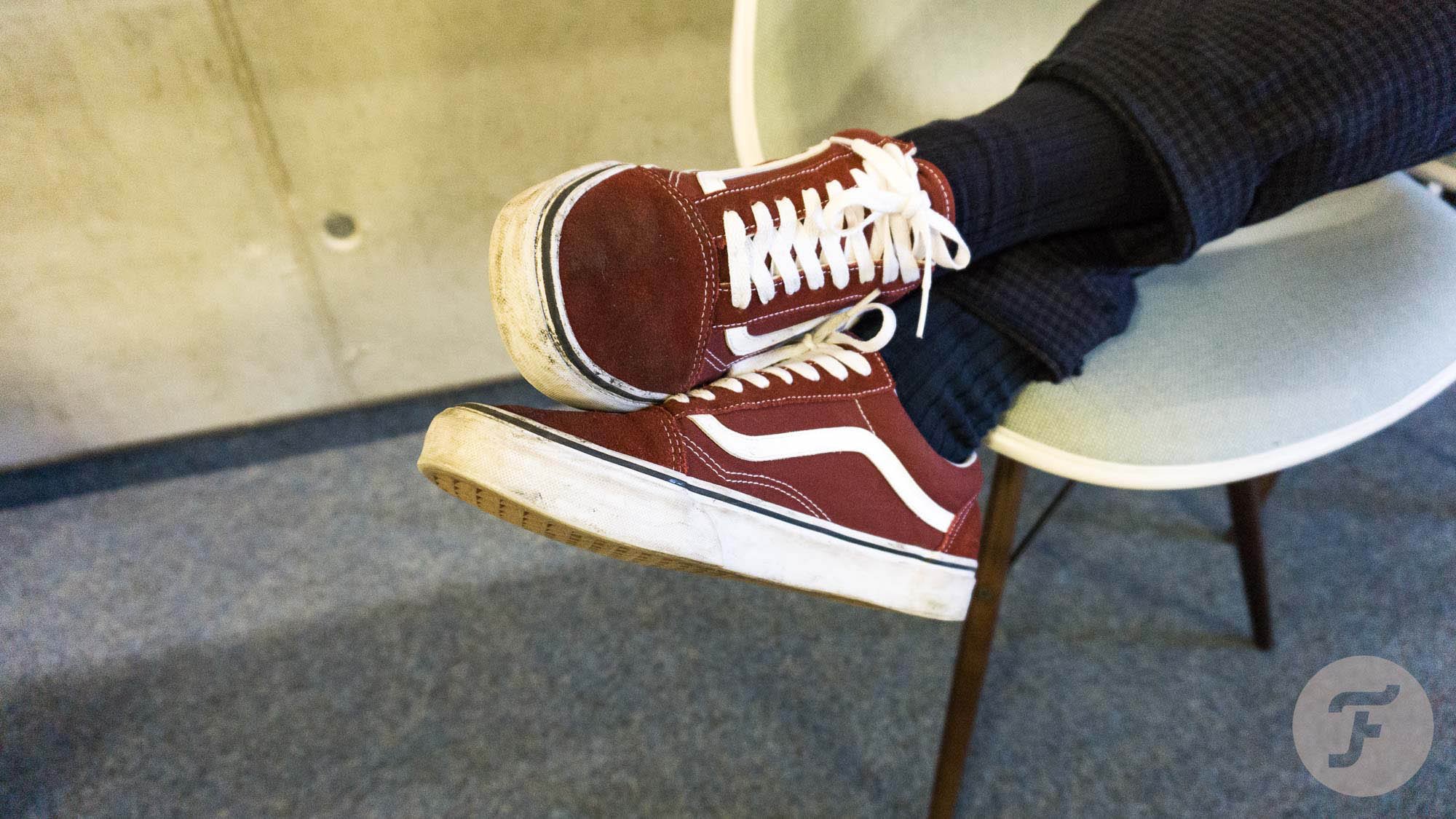