Introducing The Seiko Prospex SNJ039P1 and SRPJ35K1 Special Editions — The “Arnie” And The “Turtle” Get A Fresh, Aquatic Look

Seiko is taking the #throwbackthursday theme very literally today. The brand is revisiting two beloved models, each with decades of history, and freshening them up a bit. Both the special-edition “Arnie” (SNJ039P1) and “Turtle” (SRPJ35K1) get a blue-and-green bezel insert. And they’re also each fitted with a minute hand in seafoam green so you can keep track of your time underwater. Let’s take a closer look at what Seiko has done here.

The love for these two classics doesn’t seem to have run out just yet. Watch enthusiasts all over the world can’t get enough of all the variations available out there. We’re all familiar with all-black, blue-and-red “Pepsi”, and light-blue-and-black “PADI” bezel inserts. And now there are these new special editions with a blue-and-green bezel insert. According to Seiko, these colors resemble the image of colorful fish swimming in a beautiful, tropical ocean. But apart from the bezel and the hands, both these watches are quite different from each other. 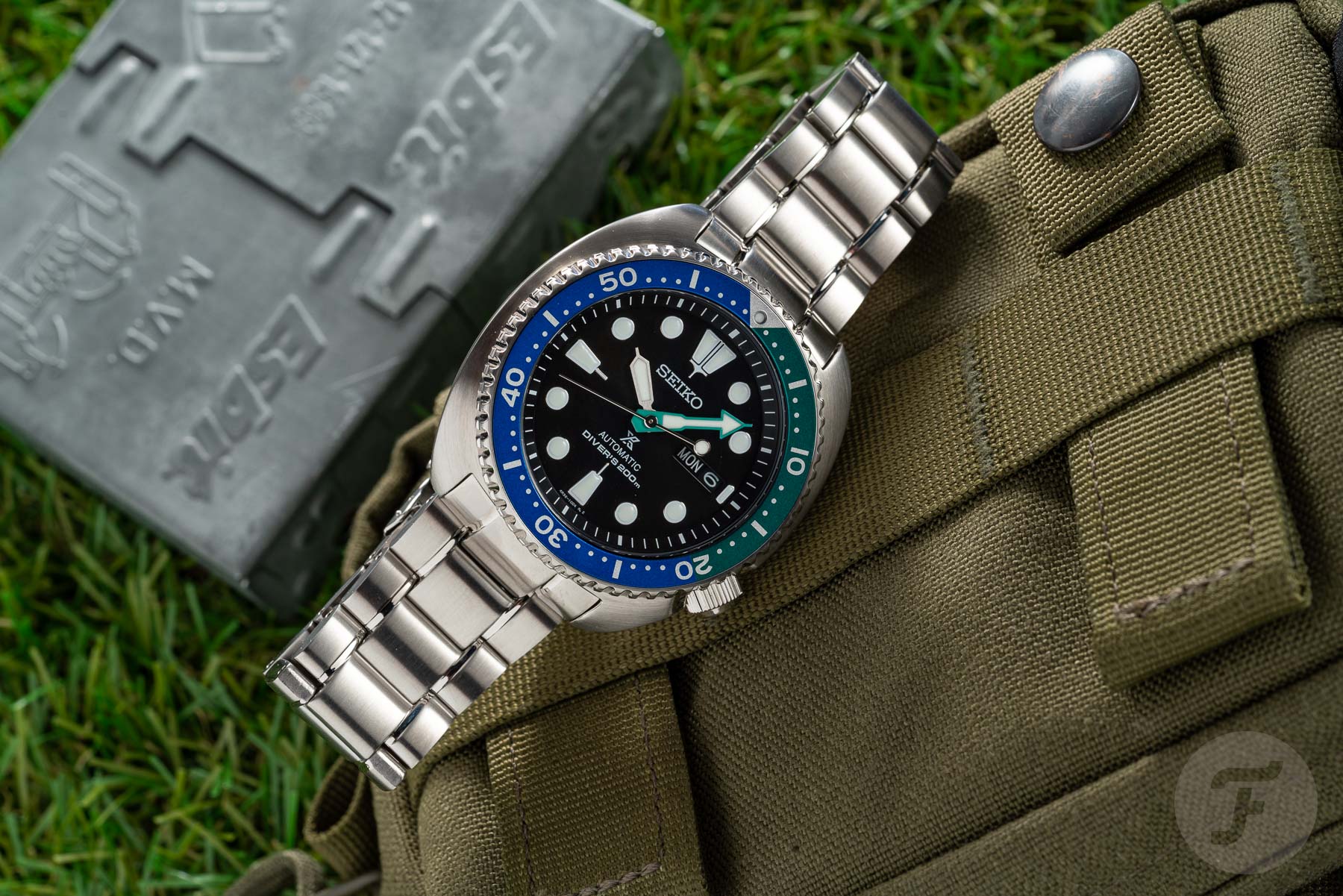 I’ll start with the SRPJ35K1 because its history reaches a little further back. It all started with the C-shaped 6105-8000 in the late 1960s. That watch evolved into the 6309-7040/7049 with a more cushion-shaped case. And it’s exactly that shape, which reminded people of a turtle, that inspired the model’s now-famous nickname. The 6309 was produced from 1976 until 1988, but in 2015, Seiko launched a re-edition of it with an updated design and movement, the SRP777K1. If you’d like to know all about the differences between the 6309 and the SRP, make sure to check out RJ’s comparison. 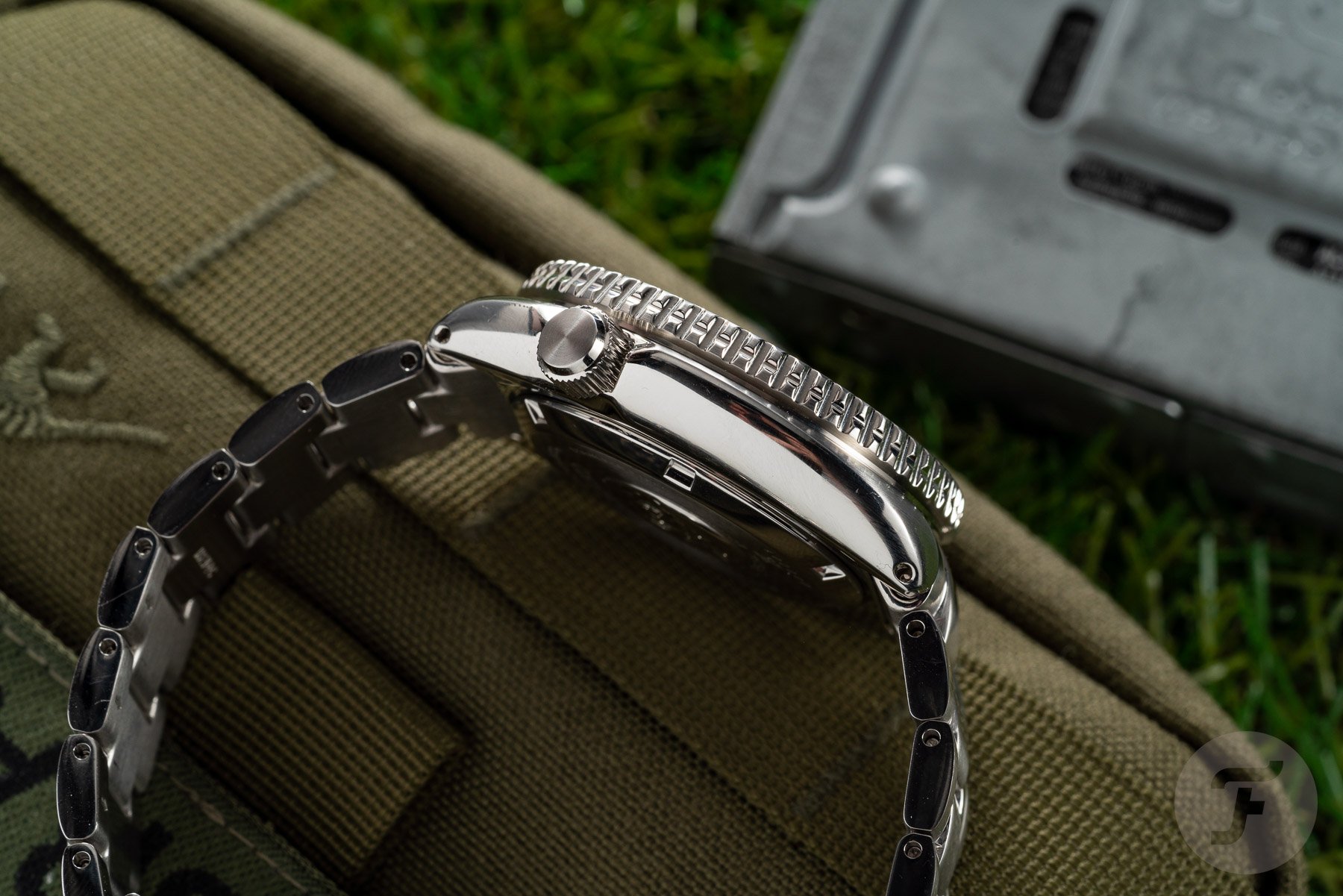 Since 2015, many variants have been introduced, and Seiko is back with this green-and-blue iteration, the SRPJ35K1. The current brushed/polished cushion case is 45mm wide, 13.2mm thick, and measures 47.7mm from lug to lug. The two rows of teeth on the bezel are still there, just like the screw-down crown, the trapezoidal and circular markers filled with Lumibrite, and the 22mm drilled lugs. The day/date window at 3 o’clock doesn’t feature a magnifier on the Hardlex crystal, but Seiko did add a lume pip next to it, probably to stay compliant with the ISO 6425 standard. 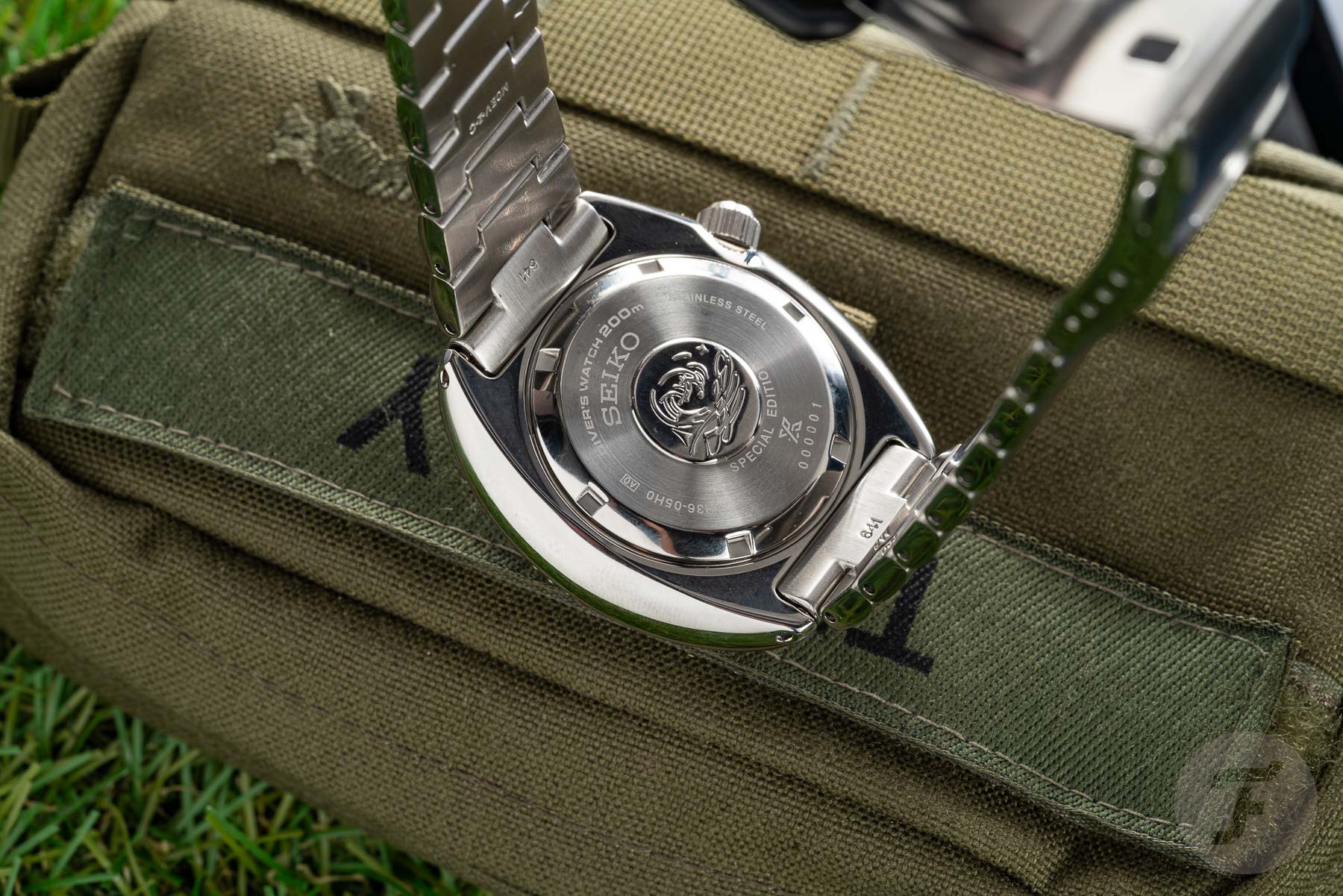 Inside the Turtle is Seiko’s 4R36 automatic movement, which features hacking and hand-winding capabilities. It has an advertised accuracy of +45/-35 seconds per day, though many Seiko fans report better stats in real life. Due in part to its screw-down case back, the watch comes with a water-resistance rating of 200 meters. Now let’s take a look at the “Arnie”. 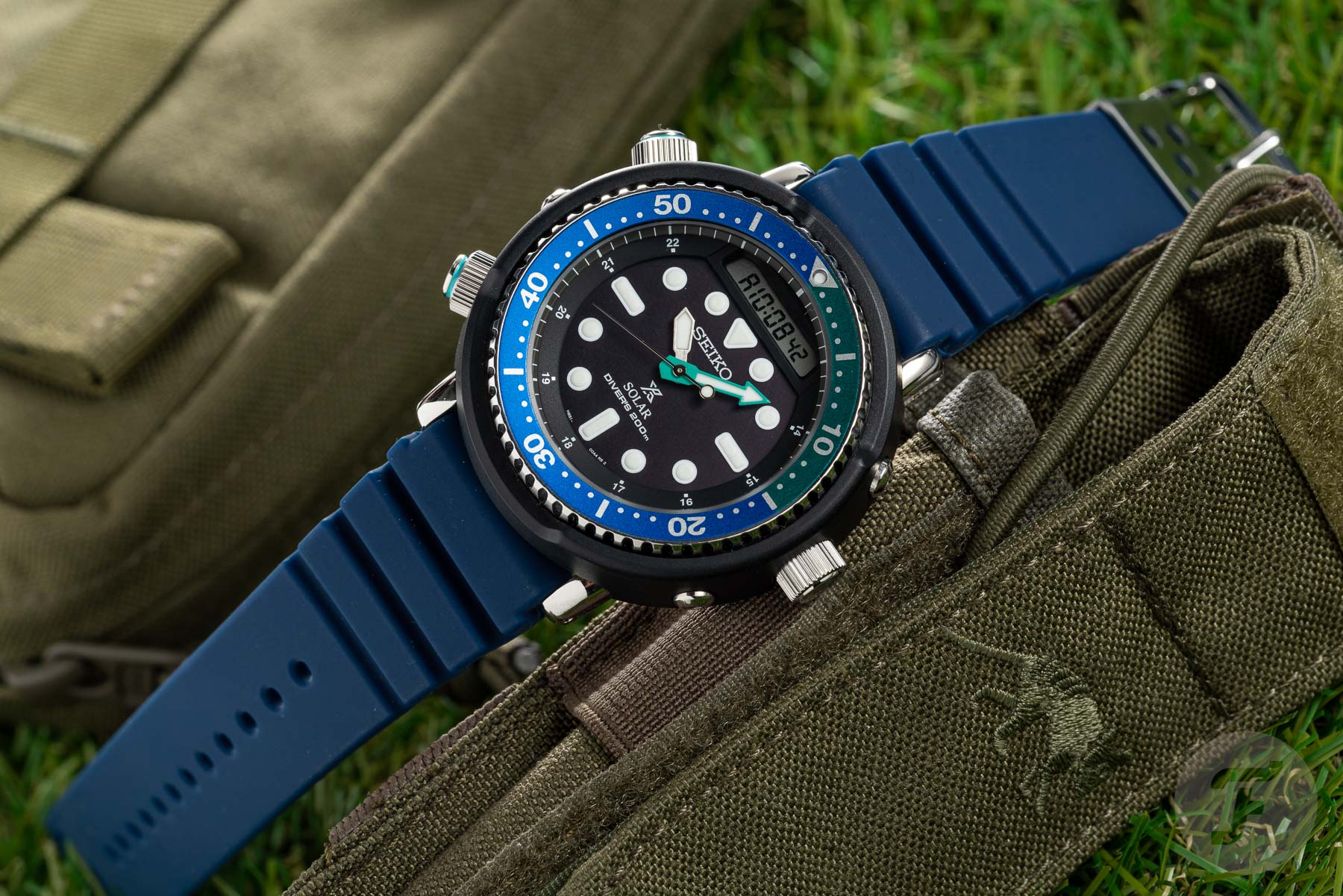 This watch is heavily inspired by a hybrid-display quartz watch from the ’80s. The H558 was introduced in 1982 and was Seiko’s first watch with an ana-digi dial. The nickname “Arnie” comes from the fact that Arnold Schwarzenegger wore it while he was playing in movies such as Predator, Commando, Raw Deal, Running Man, and Twins. And just like the Turtle, many different iterations of the Arnie have seen the light over the years. Recently, Seiko even updated the model series with some new diving functions, including depth measuring, automatic dive logging, and a rapid-ascent warning. It’s important to note that the SNJ039P1 that we’re discussing today doesn’t include those newly introduced features. 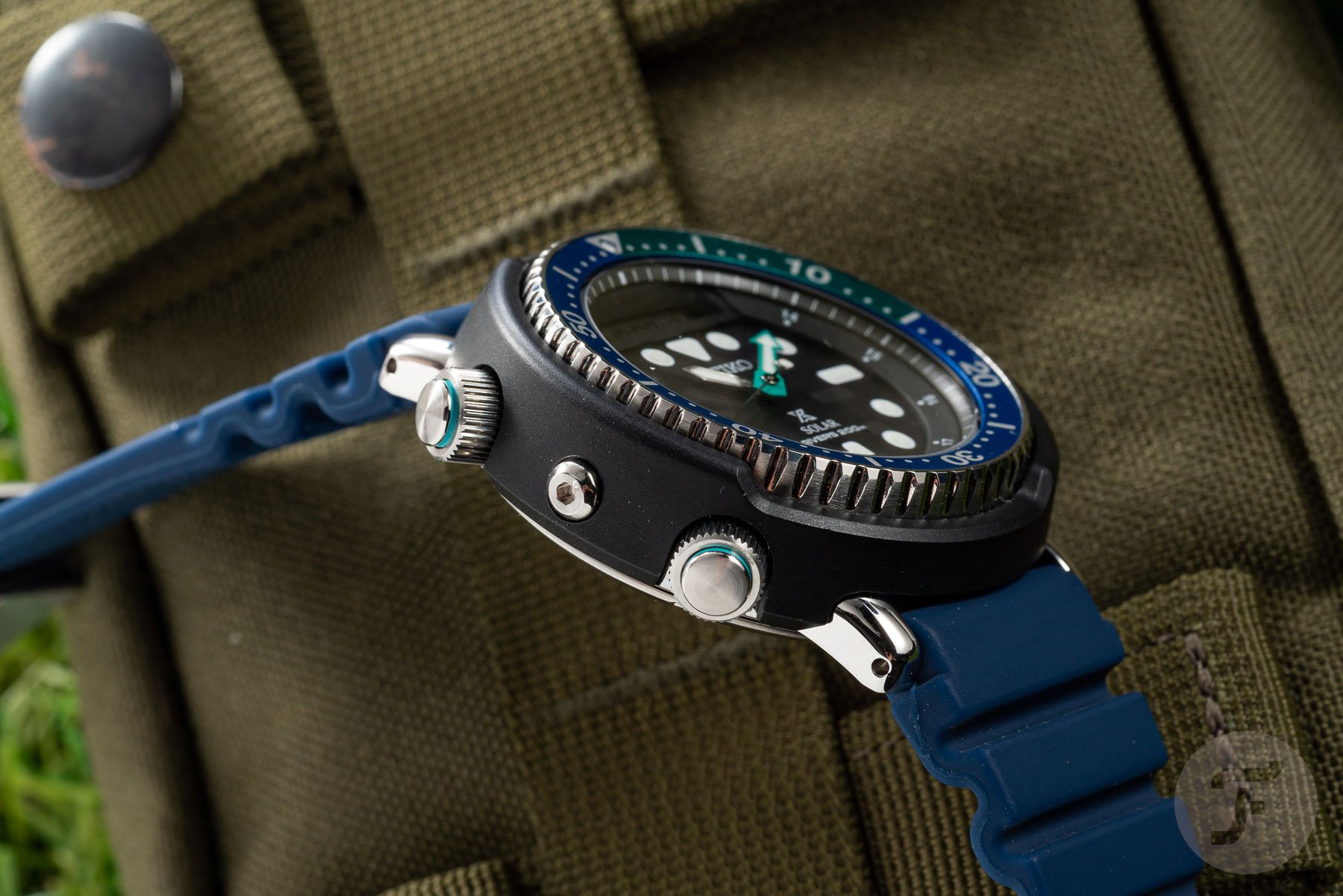 It does, however, offer an alarm, a stopwatch, an additional time zone, a fully automatic calendar (until December 31st, 2100), and a battery-saving mode. Its design is also closer to the original Arnie than that of the previously mentioned newer models. The digital display is still placed on top of the dial, and the crown and pushers are also in the same place as on the original. The stainless steel case with its resin shroud measures 47.8mm wide, 13.8mm thick, and 50.5mm from lug to lug. That’s right; it’s still an impressive watch on the wrist with big Lumibrite indices and a Hardlex crystal topping it off. 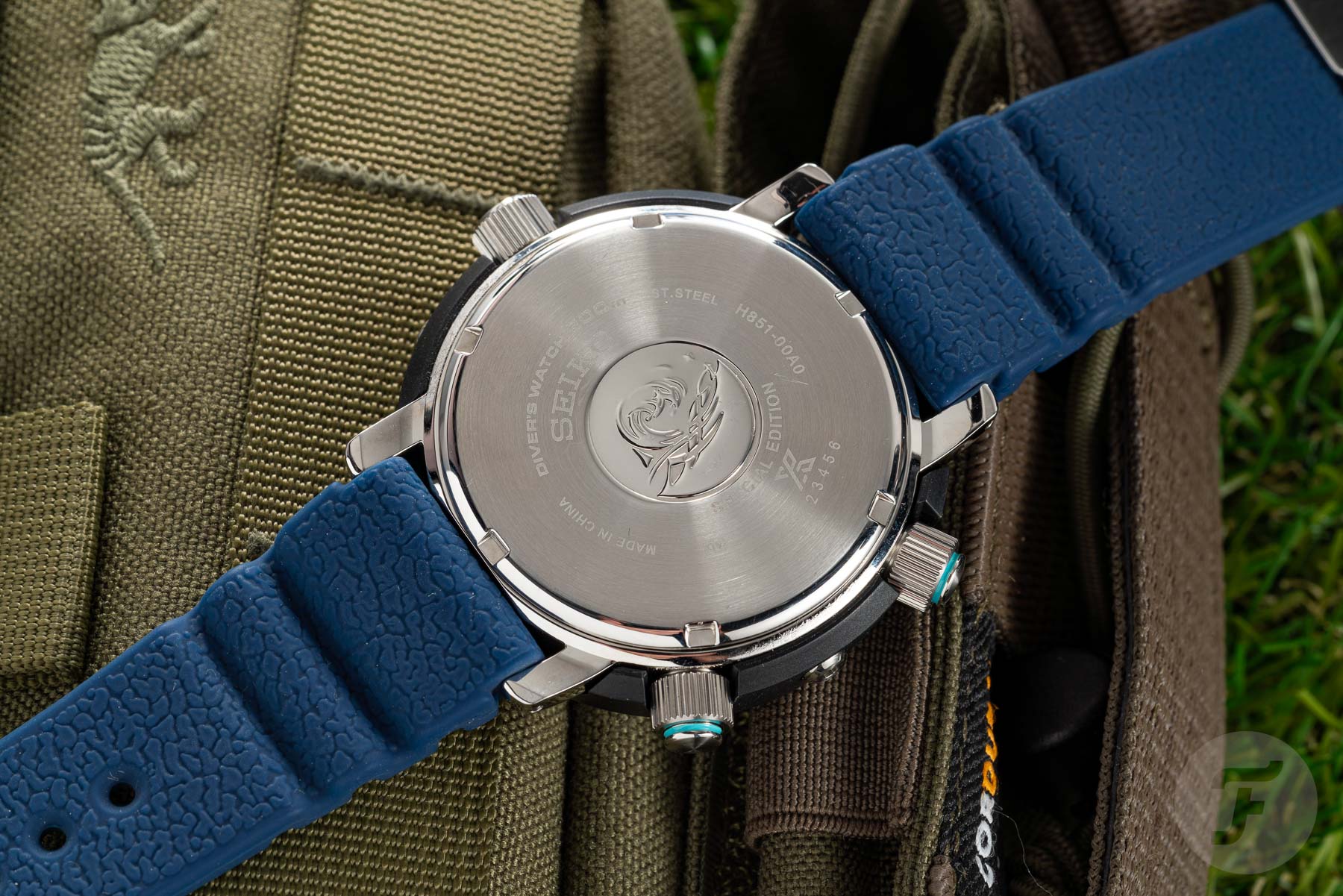 And instead of the standard quartz movement from the original Arnie watch, this SNJ039P1 boasts the solar-powered H851 caliber. It has an advertised accuracy of approximately ±15 seconds per month, and it is resistant to magnetic fields of up to 4,800 A/m. It’s placed behind a screw-down case back, which helps ensure that this watch is also water-resistant to 200 meters. 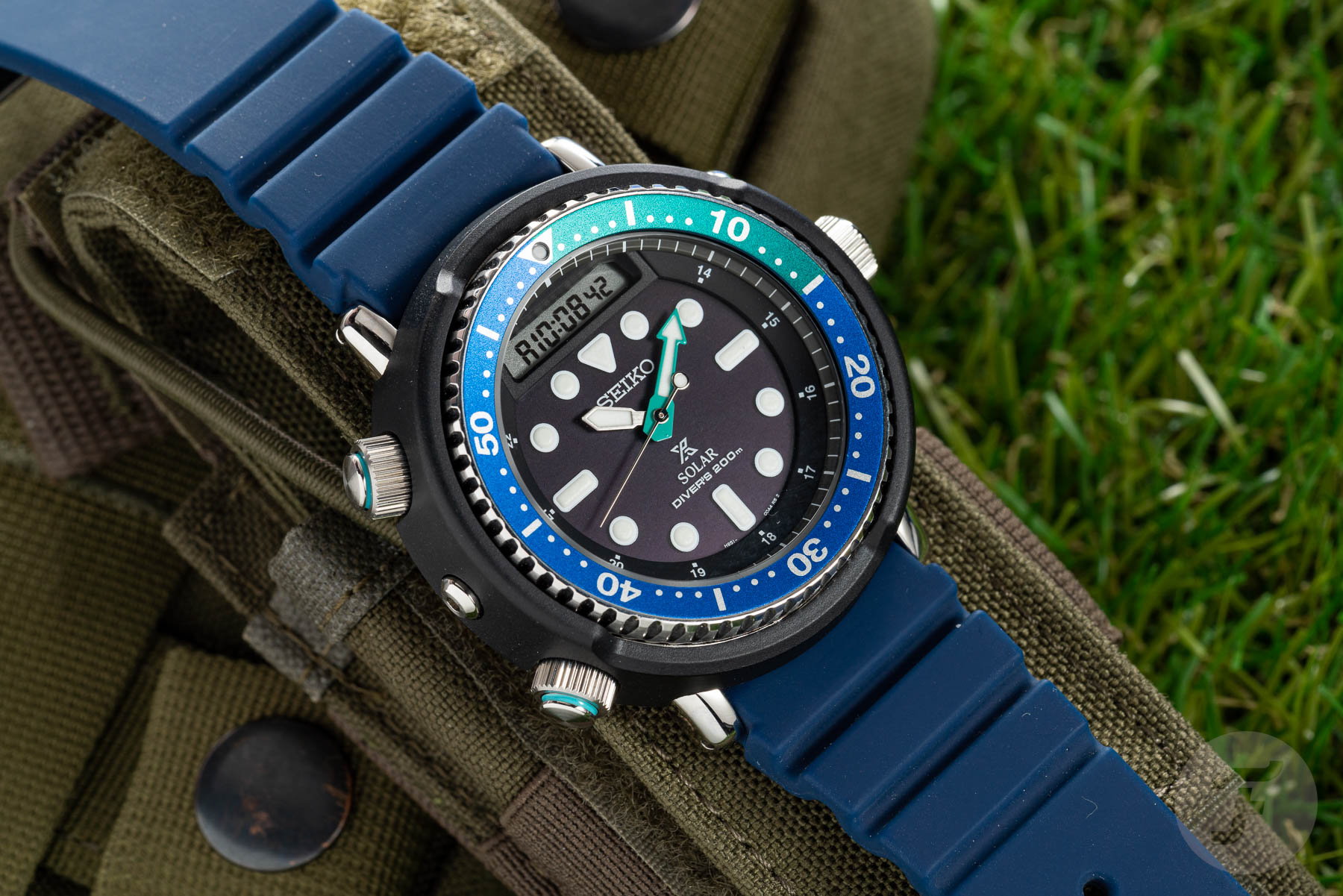 To be honest, my Fratello teammates and I were a bit surprised when we opened up the box from Seiko and found these watches inside. That’s not because of the models/designs themselves, of course. They look very familiar and really live and breathe Seiko. The Turtle is one of the most respected Seiko divers out there, and the Arnie’s hybrid dial and different case materials really set it apart from the rest of the pack. 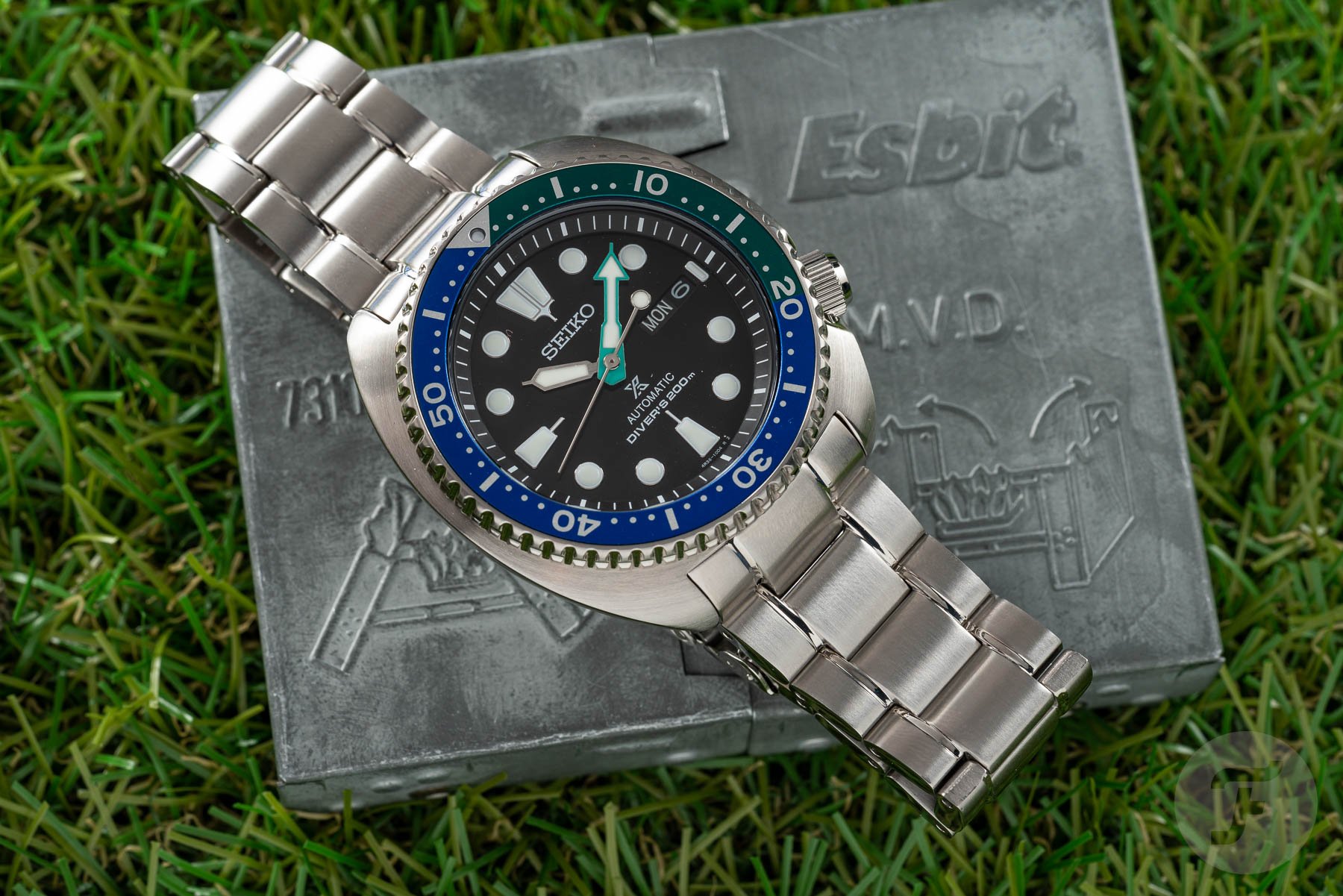 But this new green-and-blue colorway was something we didn’t expect. Maybe that’s just because we’re so used to the more classic bezel inserts. After a while, though, I found that got used to it and especially liked the bright seafoam-green minute hand. And although both watches feature the same set of colors, they certainly look very different from each other.

It’s funny, though, because both watches will be available right now for exactly the same price of €530. That’ll get you the SRPJ35K1 Turtle on a stainless steel bracelet or and the SNJ039K1 Arnie on a blue rubber strap. If you’d like to know more about these watches, please visit the Seiko website.

Considering these new releases are the same price, would you rather go for the Turtle or the Arnie? And what do you think of the new colorway? Let me know in the comments below!