Temptation from across the ocean
Tomas Rosputinsky
comments 6
Share

The watch world spins around quite fast. As I struggled to find time to write about the Marlin California, Timex has introduced another two exciting new watches. Get your wallet ready. Or perhaps you’d better hide it? If you are susceptible to temptation, read on at your own risk.

Rob recently wrote a fascinating piece that digs deeper into controversy about so-called “California dials”. In this absolute must-read, you will explore that there is much more behind the term coined for a half-Arabic half-Roman dial design. “To most ‘California Dial’ means ‘fake dial’,” Rob wrote, quoting Jeff Hess. In the 1980s many customers used to sent their badly worn watches to a dial refinisher in California. They used to be the best. Either taking creative liberties or following customers’ instructions, they would sometimes create half-Arabic, half-Roman dials. And that’s how we ended up today having two completely different stories about what California dials might mean to somebody. 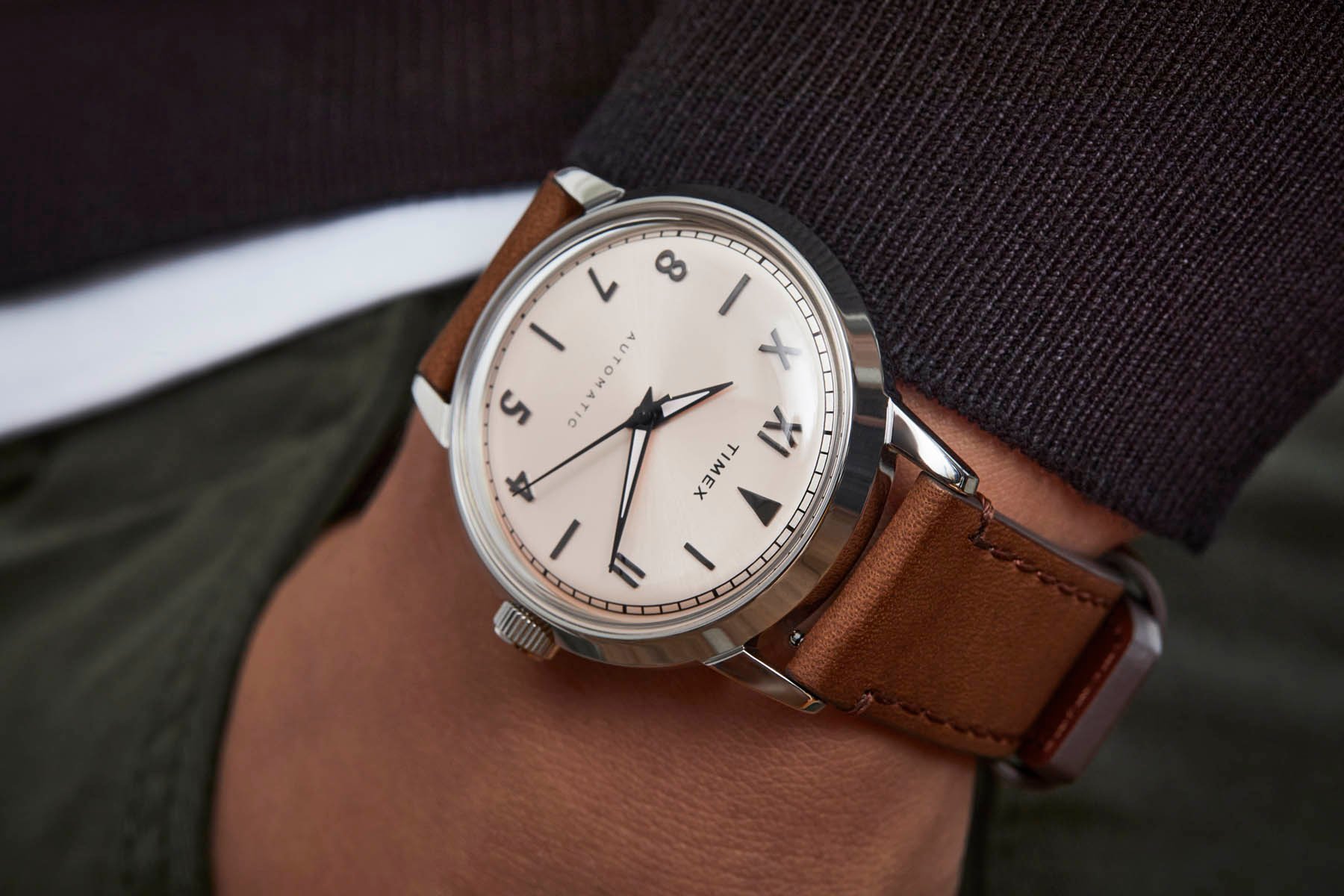 Fake or not, the California dial suggests there are two different kinds of indices on the watch face: Arabic numerals from 4:00 to 8:00, and Roman numerals from 9:00 to 3:00, sometimes featuring an arrow or triangle at noon. You can find this design in pre-1950 watches, always with a slightly different take. But something that’s always looming over this design is the fact that until recently its presence was exclusive to the watches of top-shelf brands. Can we prove that it isn’t the Panerai or Rolex logo on their California dials that makes them so appealing? Well, I believe we can. Just take a look at the pictures below. Timex placed this dial layout in a $250 watch and it doesn’t lose a single bit of its hypnotizing aura. 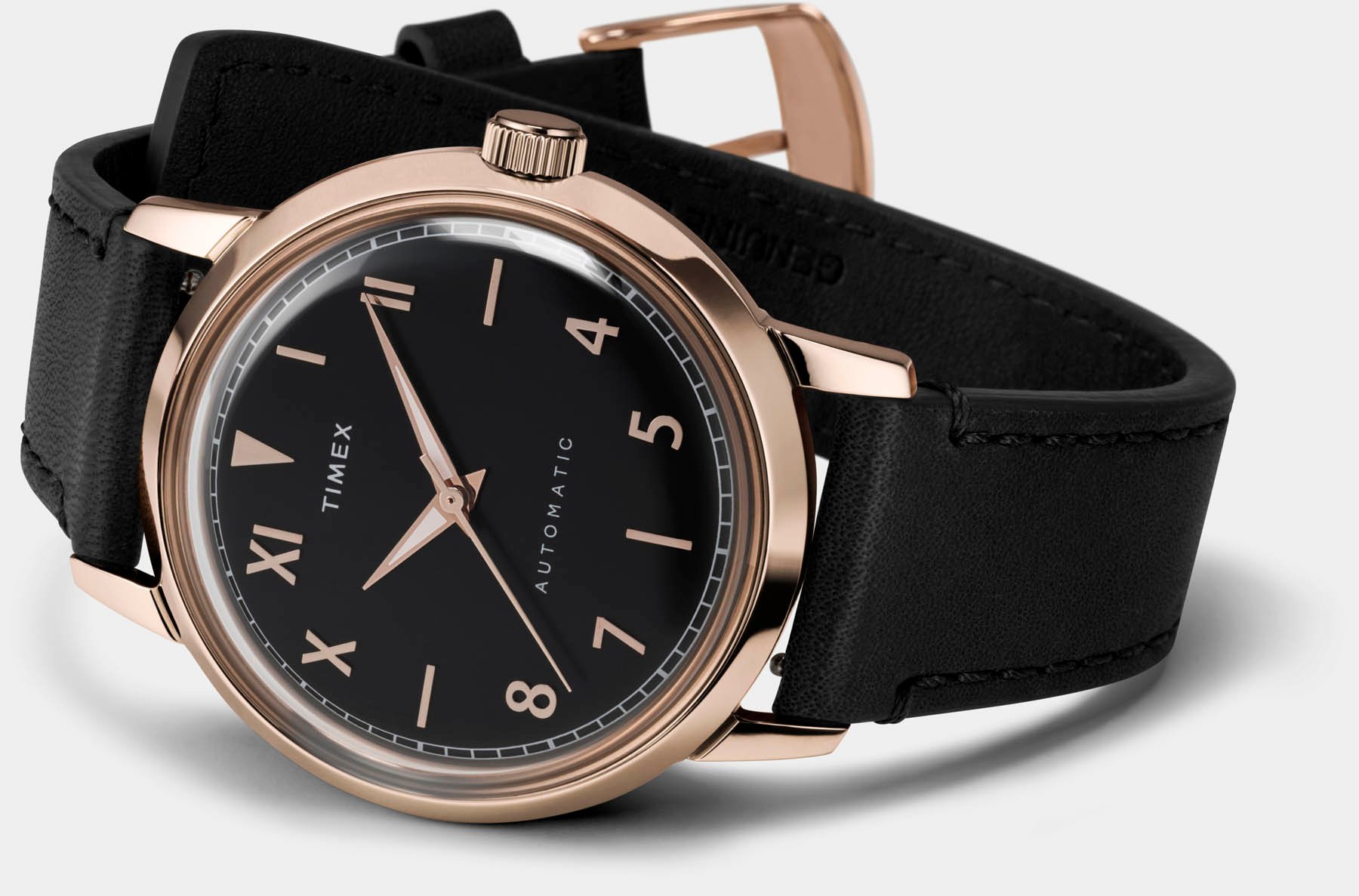 A round of applause for Timex

I have to say Timex has made me a fan of its portfolio over the last few years. The brand is not ashamed to back and revive what made them so special. It incorporates more and more brilliant mechanical watches into its catalog. Timex Marlin Automatic California Dial is very neat indeed! I was surprised to find out it also comes in a 40mm case in addition to the classic 34mm size. There is no ballast on the dial, just enough white space to let the California dial do its trick. And when I said white space, I mean it. There is also a black dial version available, but I do have a preference for the bright ivory model. 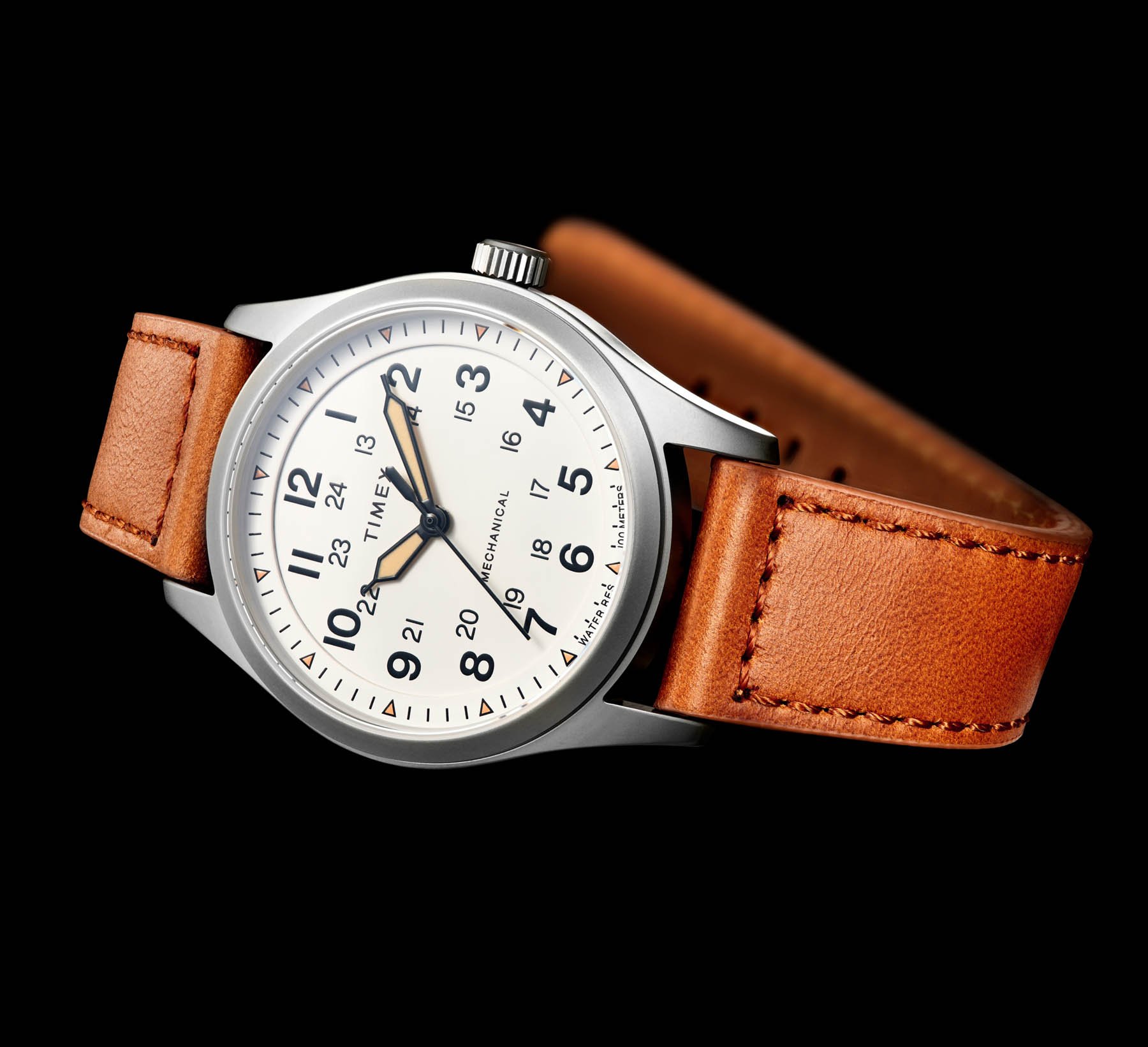 We all love when Timex digs deep into the archive, as it’s usually a promise of a nice nostalgic piece. There are more Timex fans who seem to agree. I’m sure you remember Mike’s purchase last year of a 36mm MK1 Mechanical. The Mechanical story goes on, now with two new models added to the lineup, one in blue and the other in white. I think I first saw the new Timex Expedition North Field Post Mechanical 38mm on Giorgio Galli Design Lab’s Instagram feed and I loved it instantly.

It has a beautiful military-inspired dial, it’s water-resistant to 100m, it has mechanical hand-wound movement, and costs only $229. It’s 2mm bigger in diameter in comparison to Mike’s which makes it a perfect size in my eyes. I also really like the fresh take on the dial with triangular indexes. Kudos to the wonderful hand style too. It literally looks like a sword hand fused with a syringe hand. Apologies to the fans of the blue dial, again, I stay stick to the snowy white option. 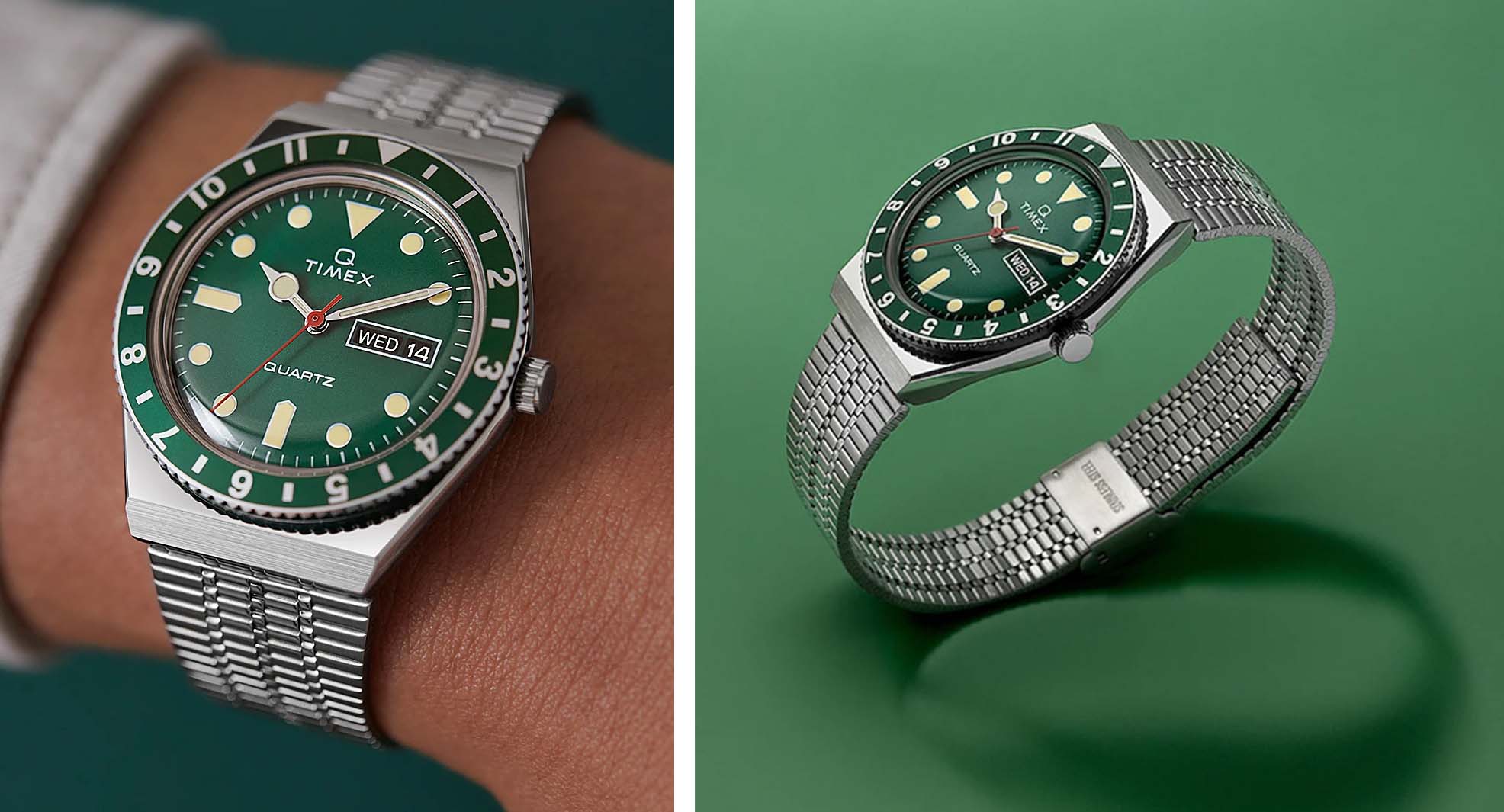 That’s right, the Q Timex is back. And this time it makes its return a green suit. Was it to be expected? I suppose. Did I expect it? Well, not really. I had no reason to. Having expected it would imply that I’m used to dreaming about a new color combination of a $179 watch. Some cynics might say that it’s an easy move to make it green, but look at that! I did not dream about it before but seems I might dream about it from now on. It looks spectacular. Why? It is so boldly green that it feels as though it makes fun of all other green watches around. It’s a cartoon of the trend that further strengthens it.

In case you couldn’t already tell, I love the new green Q Timex. And I would have loved it even before green was officially deemed the color, and implemented in countless dials with AP, JLC, Breitling, Patek, or Zenith logos on them. Everything about Q Timex was pixel perfect, starting from the marketing campaign and ending with the latest color edition. I first introduced Q Timex here and shortly after Rob did his hands-on review. So let’s sum up what you get besides the ultimately most green watch? An acrylic domed crystal, an honest and comfy quality Timex bracelet, and a functional battery hatch from the original Q Timex. I am sure this is one that will quickly find a fan base. 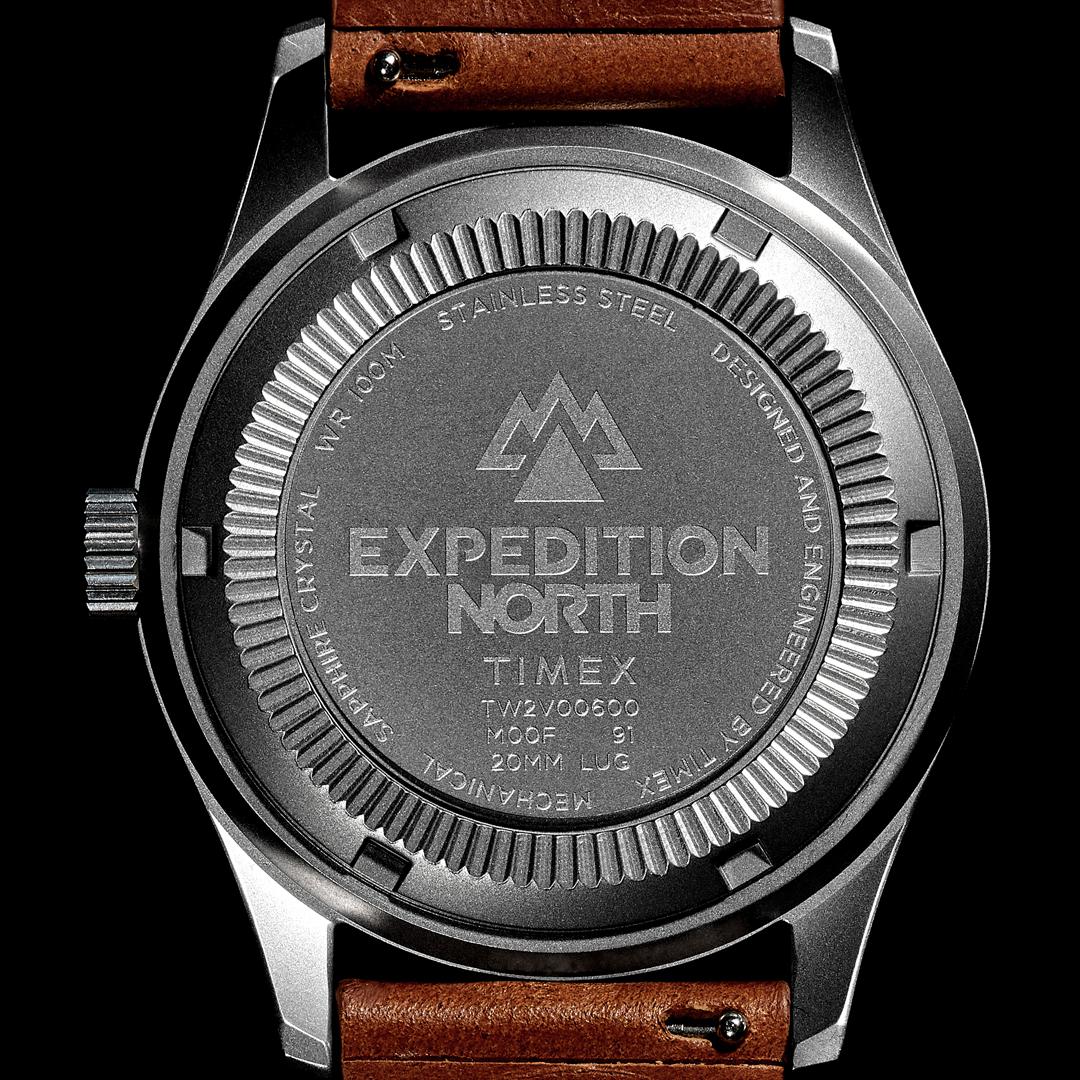 We descended in terms of the price from first to the last novelty, but we definitely didn’t lose anything in terms of edge. Each piece has a story to tell, and seeing them all side by side confirms how mature and clear the Timex watch portfolio is. No matter what price range your watch collection is, I believe Timex deserves its place in it. Keep your eyes open. The brand looks to be on a very promising path!