Yesterday Oris presented their Movember Edition of the popular original 40mm Sixty-Five Diver in The Hague Netherlands. As Official Watch Partner of the Movember Foundation, Oris herewith continues the company’s ‘Change for the Better’ campaign. And I was invited. 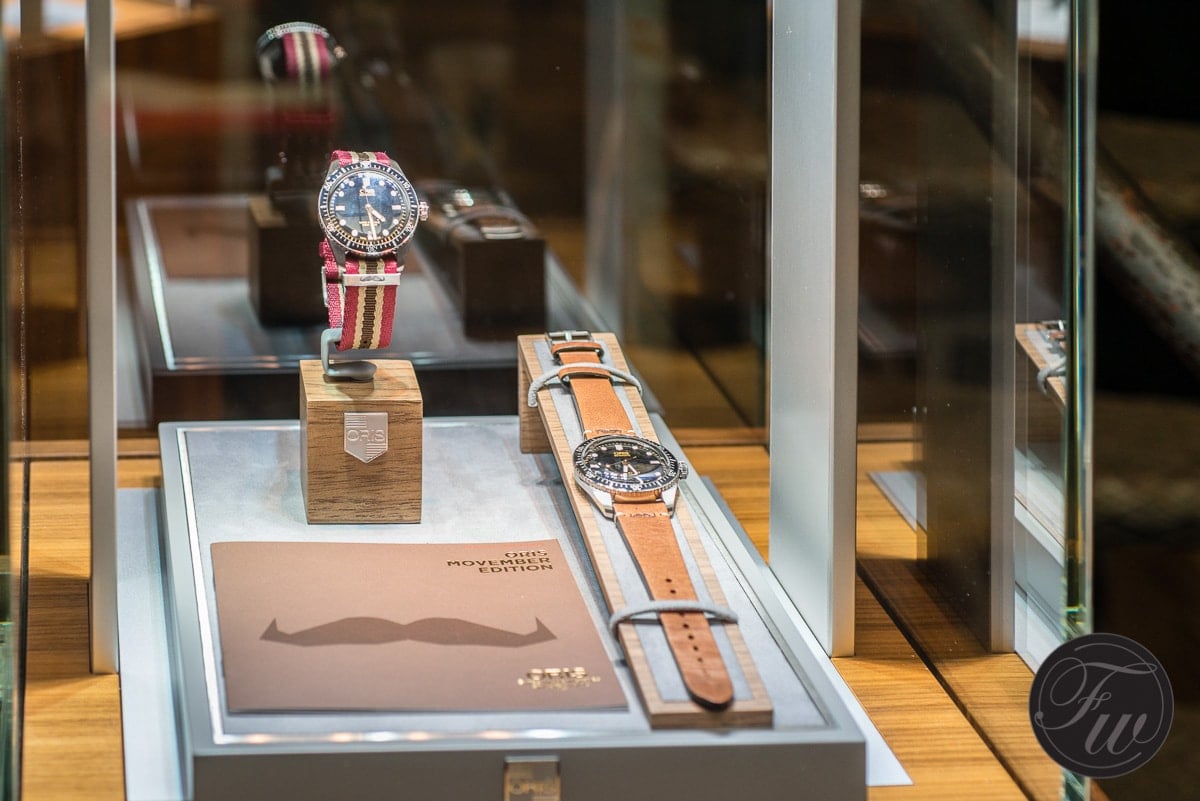 The Movember Foundation was founded in 2003 in Melbourne, Australia by Adam Garone, Travis Garone, Luke Slattery, and Justin Coghlan. Meanwhile, it’s a multinational charity organization that aims to raise awareness for men’s health in general. The foundation is active in 21 countries and has a global workforce of 130 people. It has funded more than 800 programs focusing on prostate and testicular cancer.

Co-organiser of this well-organized presentation event in The Hague was one of Oris’ major retailers in The Netherlands, Jeweler van Willegen. Jeroen van Willegen was kind enough to lend me an Oris Movember Edition, so that will be my 52Mondayz watch for this week. 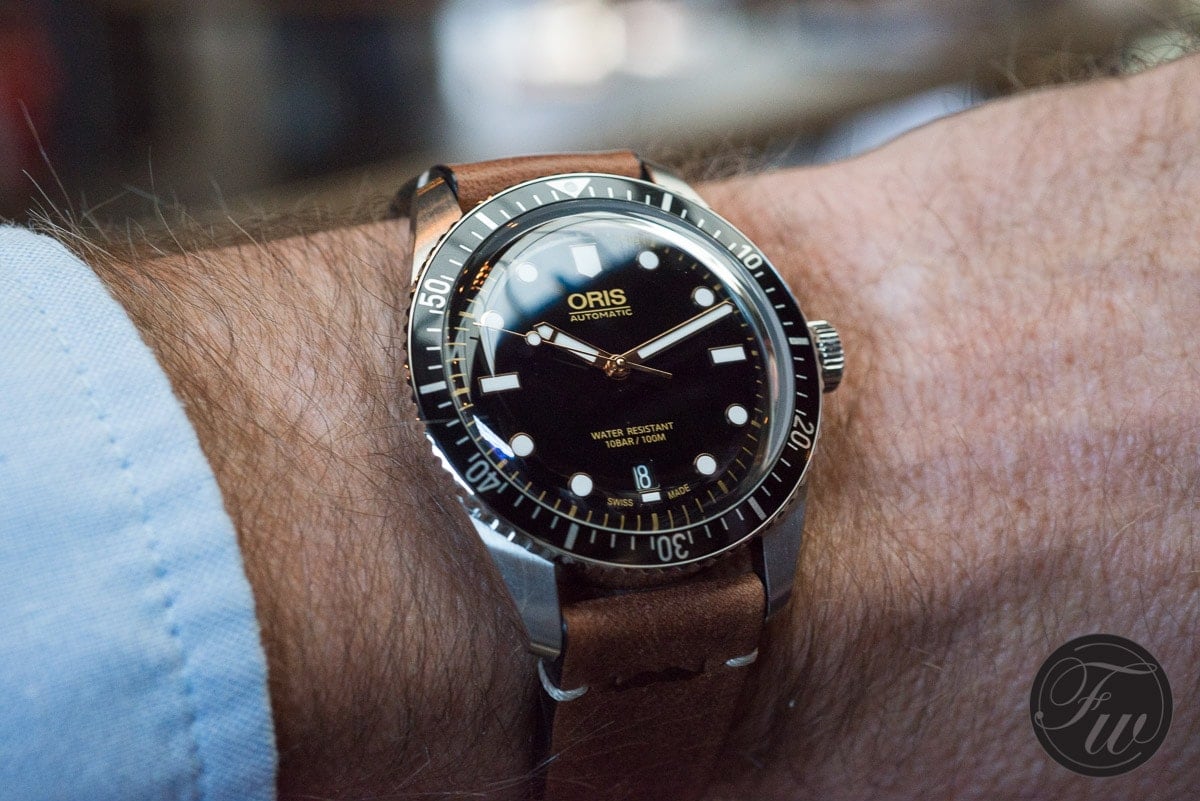 The Oris Movember Edition on my wrist for 52Mondayz week #48

As mentioned, the Oris Movember Edition is based on the iconic Oris Divers Sixty-Five in its original diameter of 40mm. And it features exclusive design details which were inspired by the international men’s health organization. Personally, I like this original size better than the later introduced 42 mm (click here). To me, overall its proportions are more balanced, and a modest size fits better to a vintage-inspired watch.

Very much in line with these vintage proportions, the dial of the Oris Movember Edition is equally well chosen. A black dial with gold-lined round index dots and gilt printing adds to the vintage character. As do the gilt hands. 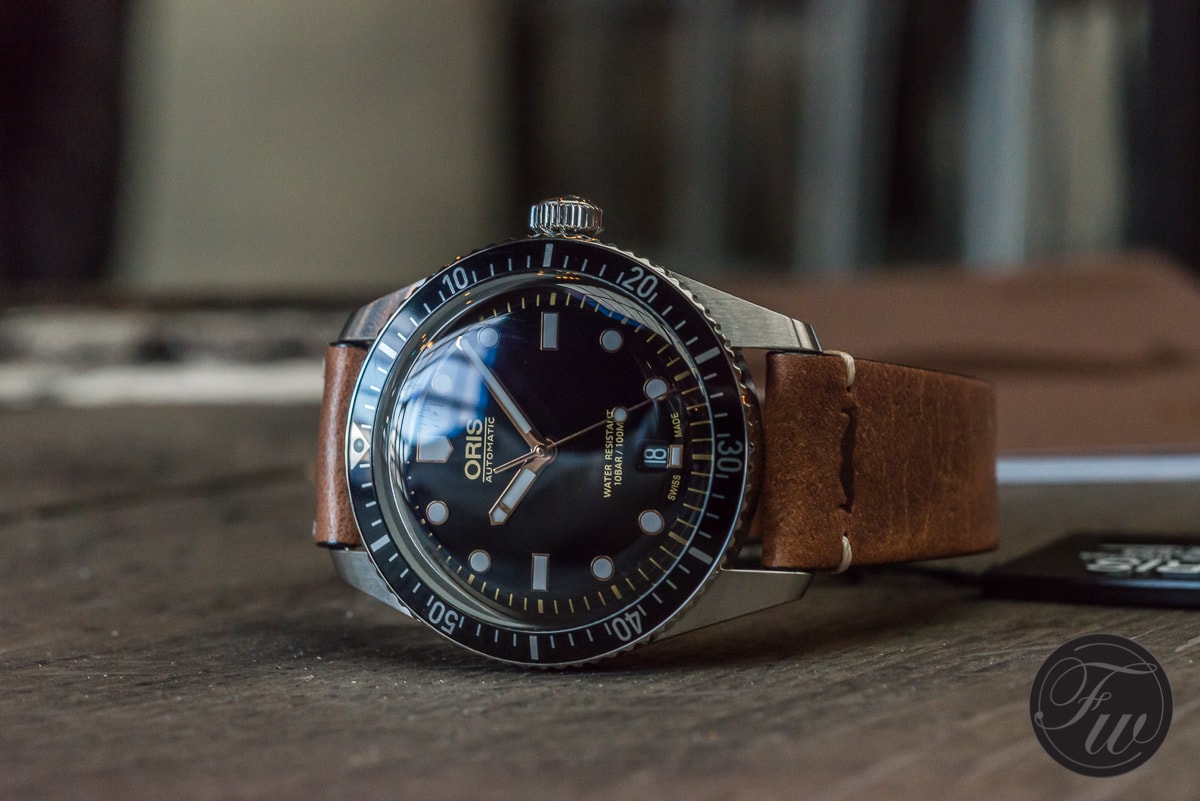 Derived from the original idea to raise funds by growing a mustache in November, the Movember Foundation adopted a picture of a mustache as their logo. Oris applied the Movember mustache relatively invisible to this special edition of the Sixty-Five. Well done in my opinion. They probably realized very well that people want to wear the watch in other months than November as well.

Of course, the Oris Movember Edition has its own exclusive dial. This, fortunately, has no sign of mustache in it, nor has, for instance, the second hand or so. There are only little mustaches printed at each end of the brown leather strap, just before the end at the side of the casing. And then there’s one little mustache integrated into the engraving at the case back. As part of the circle around the Oris crest. I only noticed both after looking at the watch for some time.

Except for the beautiful and pretty thick brown leather strap, Oris includes a NATO-style nylon strap as well. Its colors are with burgundy-creme-brown well chosen, and it adds again to the watch’s vintage charisma. The nylon strap solves the issue as well that a leather strap isn’t very suitable for a divers watch. Who knows, someone might go swimming with it. It all comes in a set, packed in an adequate box, which even includes a strap changing tool as well. 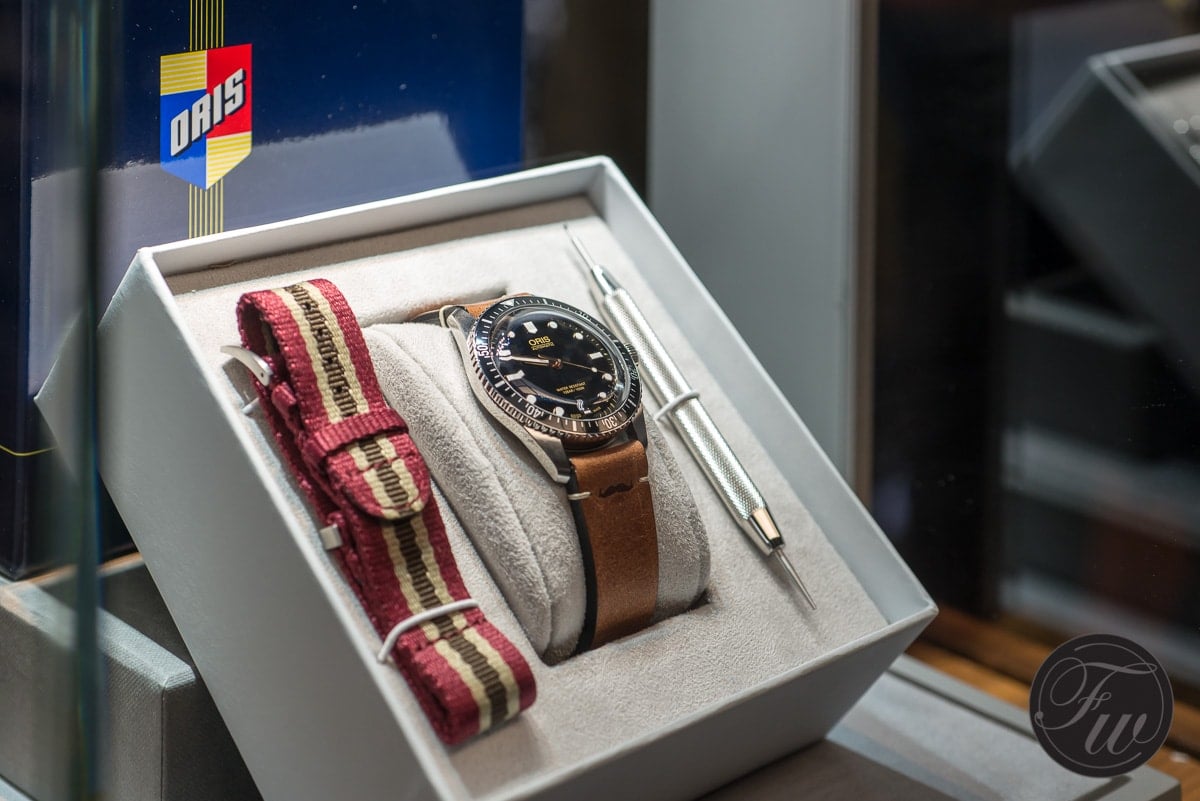 Although the watches will not be numbered, there will be an unknown maximum number of watches available. The watch looks and feels very attractive, and the Movember connection might make it even more attractive as well. I wouldn’t be surprised if this model sells out pretty quickly.

The reference number of the Oris Movember Edition is 01 733 7707 4084, and, as said, it’s been supplied in a nice Heritage boxed set with two straps and a strap changing tool. The size of the watch is 40mm, and it’s equipped with a 26 jewels Oris caliber 733 (which is based on a Sellita SW 200-1). Certainly noteworthy the sapphire crystal, almost resembling the acrylic crystals from the sixties. It’s domed on both sides and has an anti-reflective coating on the inside. The retail price for the Oris Movember Edition is € 1.950,=. 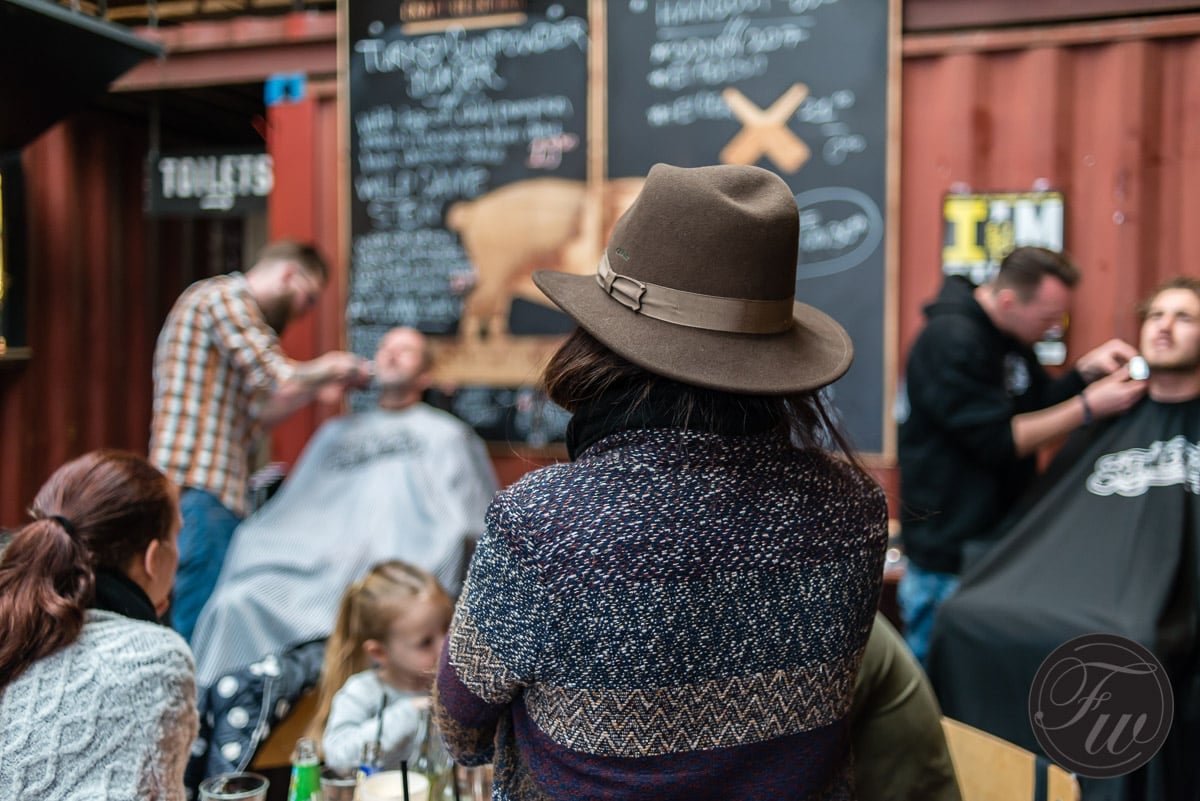 I’ll end with some pictures taken during the presentation of the Oris Movember Edition in The Hague, which was held in a small Dutch brewery, named Kompaan (website in Dutch only).

The Oris Movember Edition on my wrist for 52Mondayz week #48