Here in the Fratello office, we were standing in front of one of the big monitors to watch the preparation and launch of the New Shepard (named after Alan Shepard). On our wrists, the Omega Speedmaster (hey, it was a Speedy Tuesday) and on the wrist of the Blue Origin, also Omega Speedmaster watches. So which watch did they wear exactly? Keep on reading. 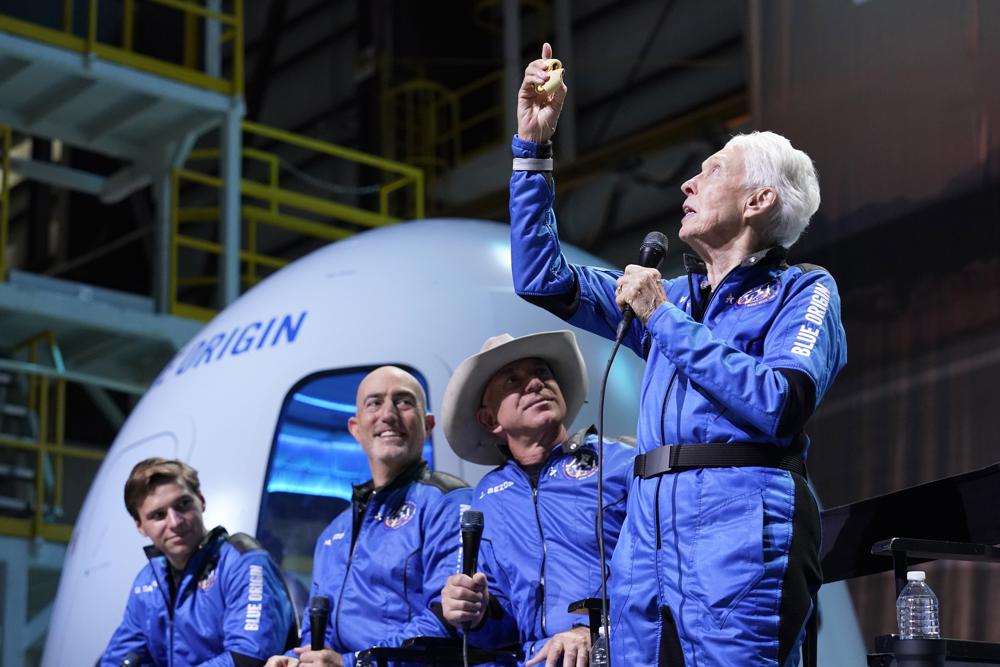 Wally Funk and the rest of the Blue Origin crew. Photo (c) AP

We watched the New Shepard NS-16 flight with a lot of interest, not in the last place because we love everything that has to do with space. And on this very special date, July 20th, 52 years after the Moon landing by the Apollo XI crew, Jeff Bezos, his brother Mark Bezos, Wally Funk, and Oliver Daemen were launched to space. Mark Bezos in his role as commander, and the other crew members as tourists. 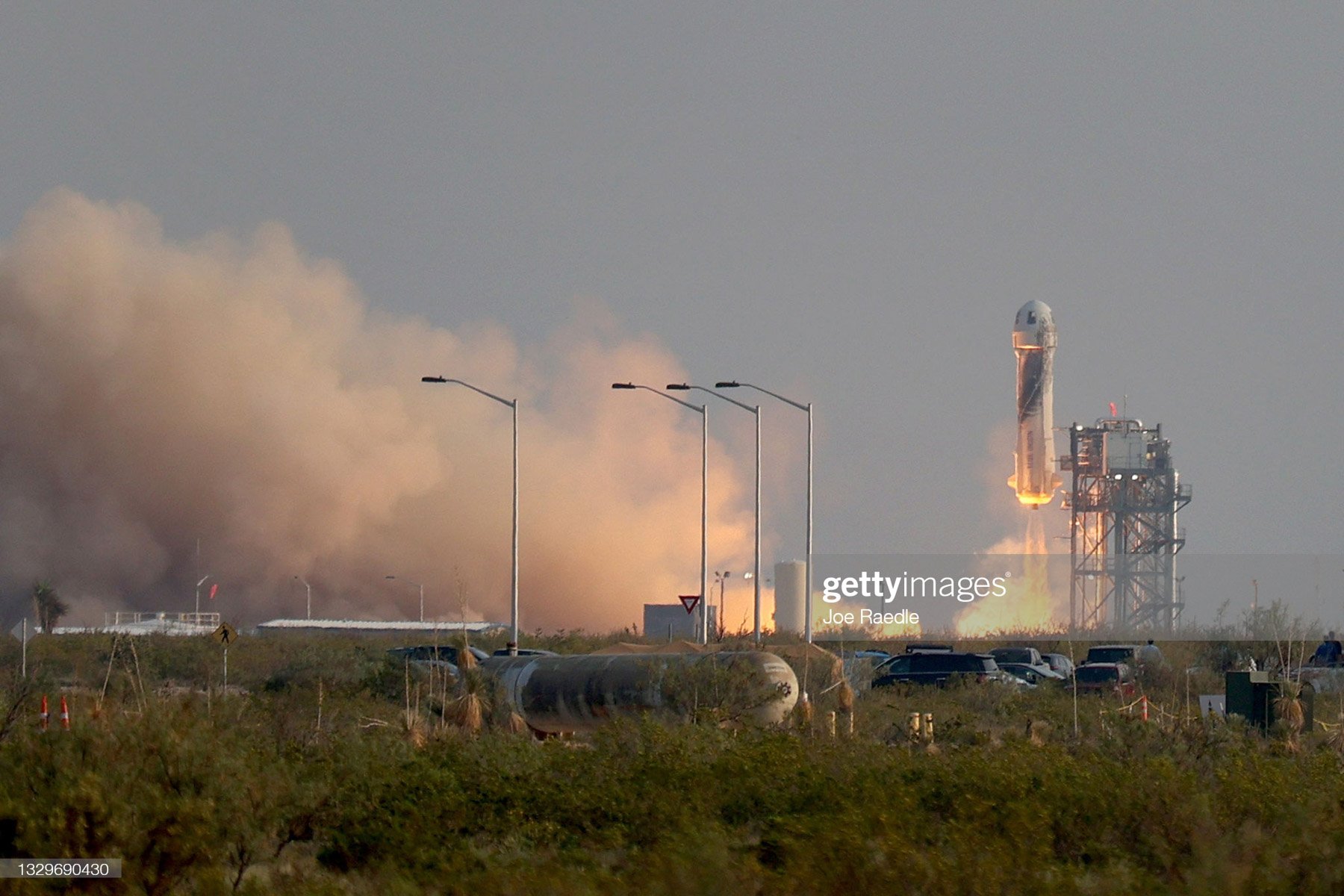 Interesting to note is that the 82-year-old Wally Funk was a candidate for Mercury 13. Last but not least, there was the 18-year old Olivier Daemen from The Netherlands, the youngest person to fly space. Funk being the oldest. All four crew members returned safely on Earth after the 10-minute flight. 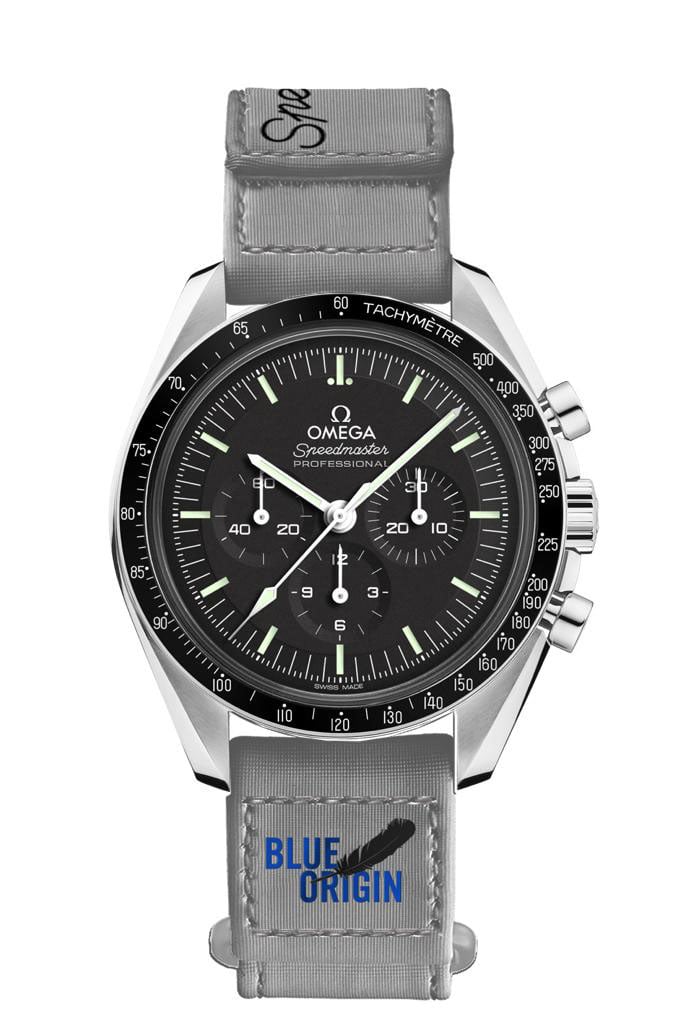 But, as a Speedmaster enthusiast, you want to know which watches they had on exactly and how this came about. We have the answer. The Blue Origin crew members wore two Speedmasters each, one Speedmaster Skywalker X-33 and a Speedmaster Professional Master Chronometer. And, to be precise, the Speedmaster Professional with Hesalite crystal, with reference 310.30.42.50.01.001. However, there’s a little twist here. For each crew member, Omega created customized case backs. Instead of the “Flight-qualified…” engraving, you will find on the regular Moonwatch, these ones have the Blue Origin New Shepard vehicle engraved in the center. Then above, it has the famous “First Watch Worn on the Moon” engraving and below “Blue Origin NS-16” and the name of the crew member below. This also applies to the Speedmaster X-33 Skywalker watches they received from Omega. The X-33 Skywalker (reference 318.90.45.79.01.001) was fitted with the same case back but in titanium. 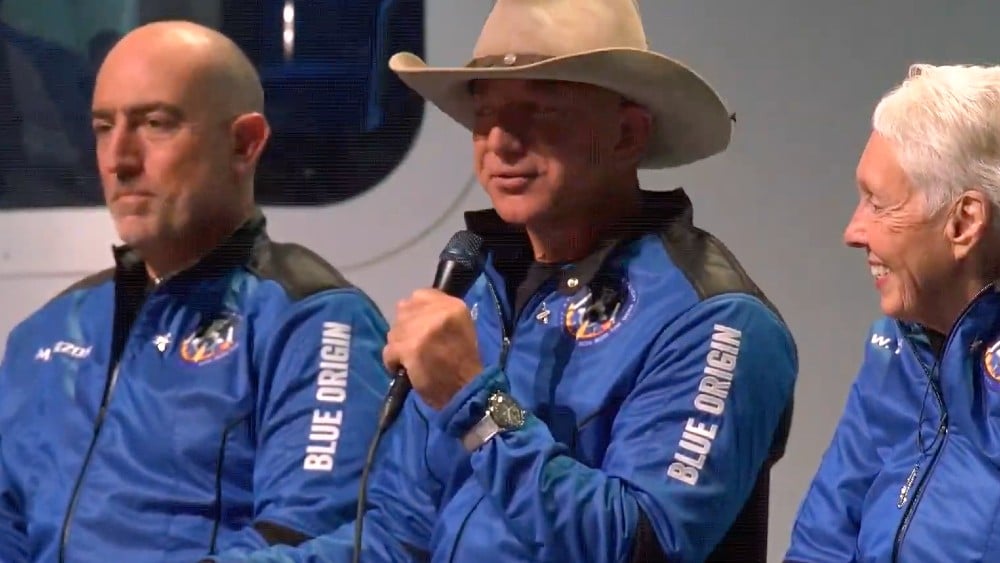 Both Speedmaster “Blue Origin” watches were also fitted with Omega’s latest Velcro strap (we reviewed them here). But the straps also have been customized for the Blue Origin NS-16 flight, as you can see on the image. 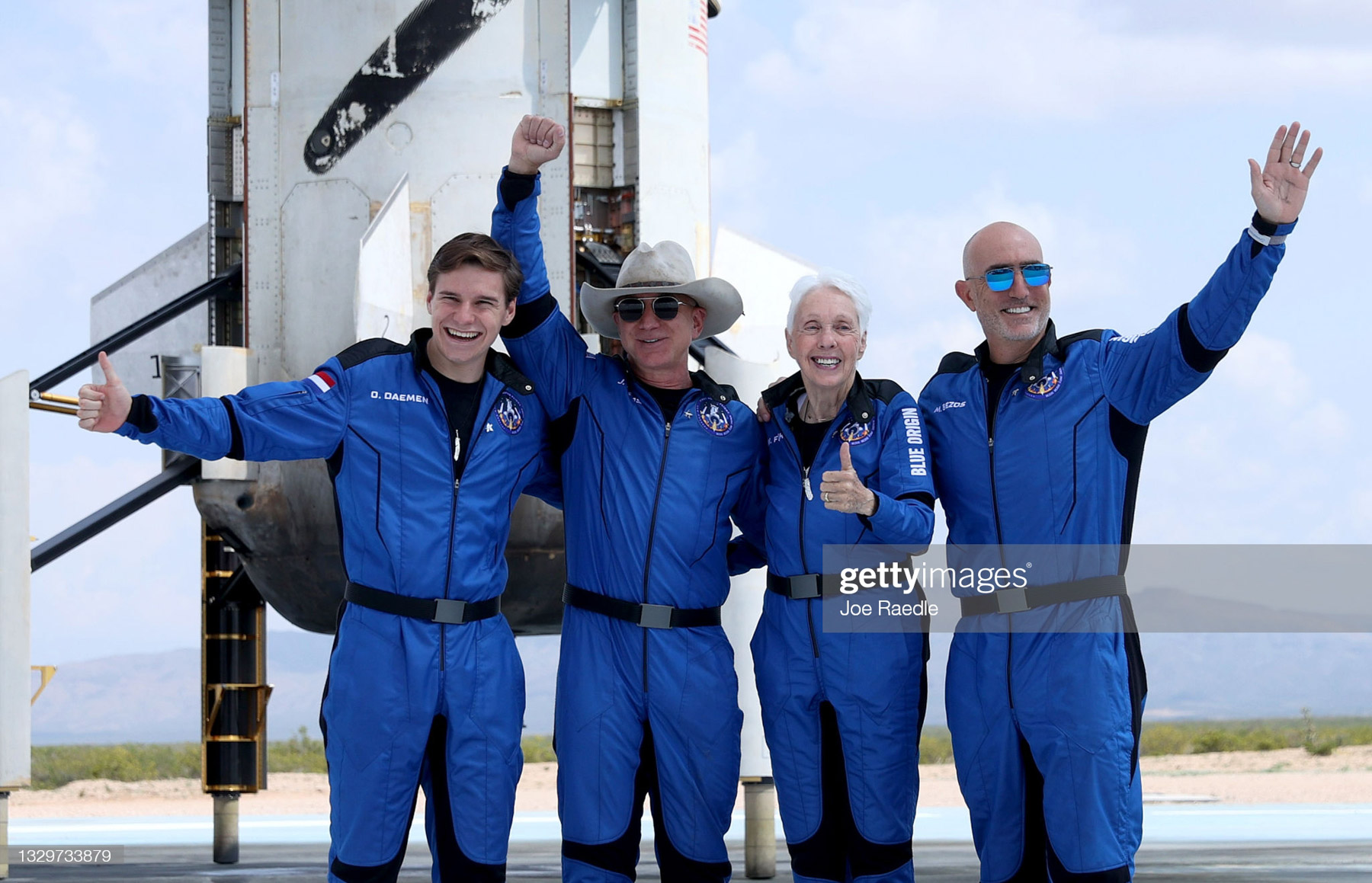 How this came about?

These things often don’t happen by coincidence. We received a lot of messages yesterday from you guys, asking us about the Blue Origin NS-16 flight and if we knew more about these watches. Now, Jeff Bezos is a watch enthusiast himself it seems, and he also has been spotted wearing a Speedmaster Professional on some occasions (like the symposium on the 1969 moon landing at the John F. Kennedy Presidential Library in the Dorchester neighborhood of Boston on June 19, 2019). Omega has been involved in supplying these watches, of course, as the case backs and velcro straps have been personalized for the Blue Origin flight. It is probably done in the spirit of being the provider of equipment, just like with NASA.