There’s no doubt about it, there are plenty of Seiko watches in the current catalog. You name it and they probably make it. Plus, Seiko has reissued a lot of watches during the past ten years. Are there any gems to remint?

The other day, I was going through some of my Seiko watches. I do this every so often to check on the quartz pieces. It’s important to see what is still running, what has stopped, and what is doing the multi-second death throe jump. It’s a great opportunity to take another look at some great designs quartz or not. It also makes me think about what could or should come one day from one of our favorite brands. Now, I will warn you that some of these are a bit “out there”, so feel free to chime in down below with your recommendations. Also, one last thing, I tried to pick watches where Seiko has an existing movement that could work in such a reissue. Ready? 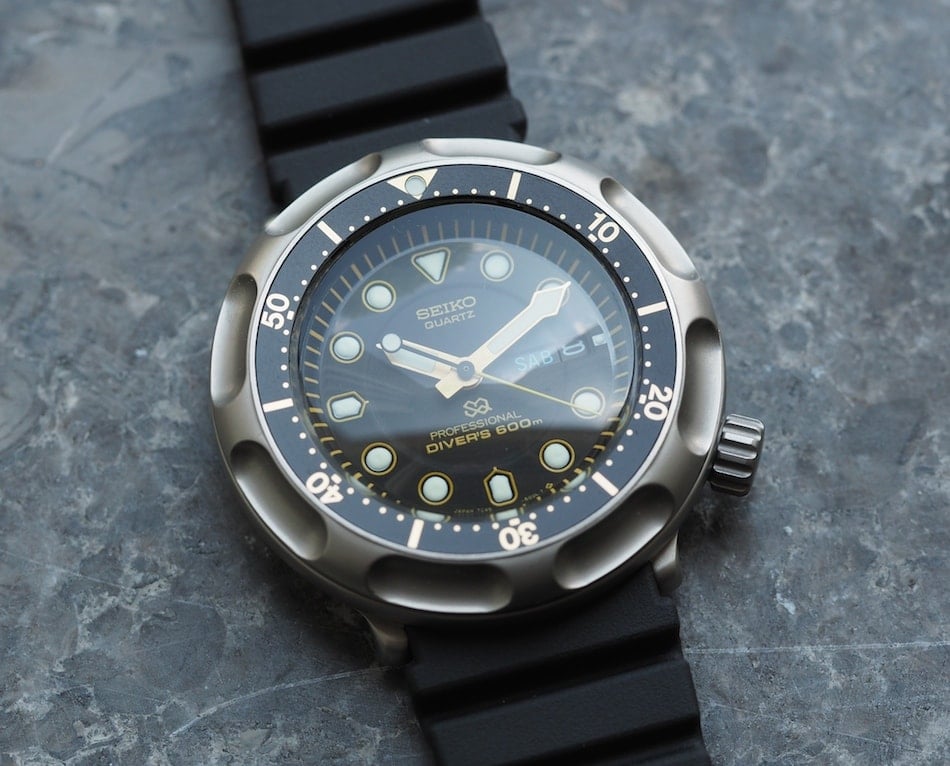 I own a lot of Seiko watches and there’s no doubt that the divers are amongst my favorites. Sure, I love the mechanical pieces, but Seiko has reissued almost all of them. They’ve done a great job with everything from the Turtle to the Willard, so what else is left to bring to market? Hands-down, one of the coolest designs ever from Seiko comes from the late ’80s. The Seiko 7C46-6009/10, 600-meter divers from 1986 to 1993 are fantastic due to their distinctive bezels and, best of all, they still look modern. These 45mm divers came in all-titanium and, first, a steel version with a titanium bezel. 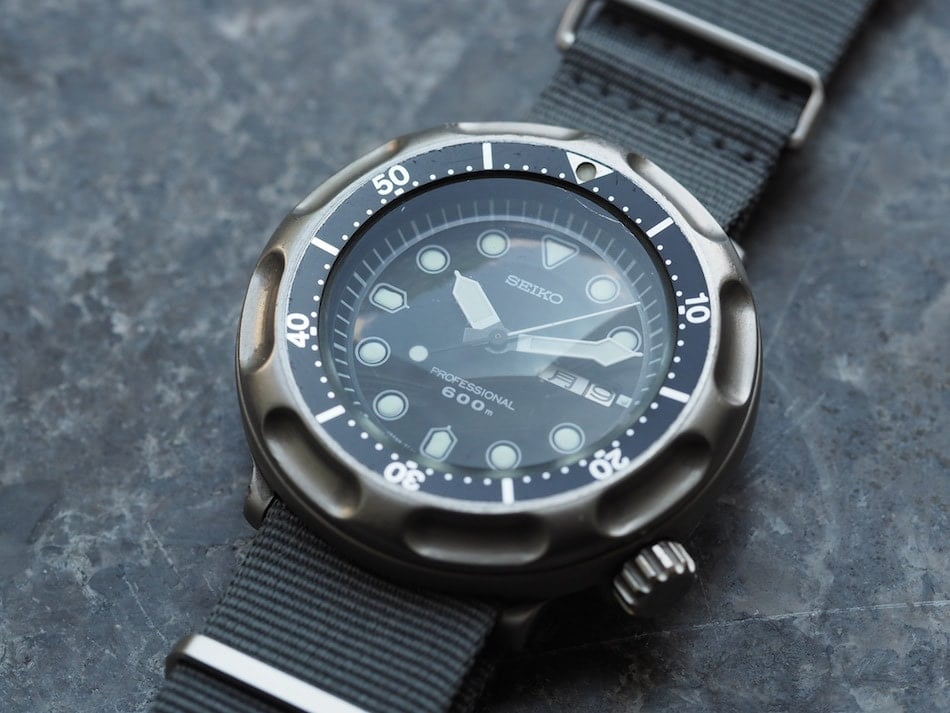 Aside from the need to create a new case design, making new “Ashtrays” should be a lay-up for Seiko. Aside from the cosmetics, the heart of the original watch still exists today. The high-torque 7C46 quartz is still in production today. That makes these potential Seiko watches all the more feasible. Today watches like the S23629J1 Tuna use the 7C46 and sell for €1,500. I’d hope that Seiko would consider something in this price range. Additionally, why not come with a less expensive Solar version? 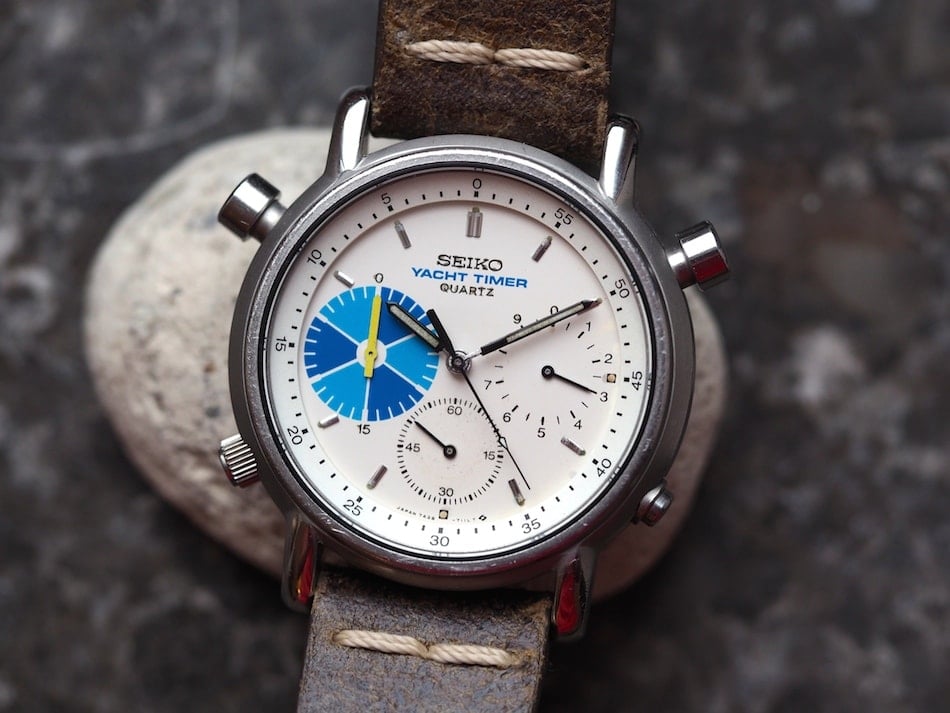 Within my collection of Seiko watches, chronographs make up the smallest genre. I love many of the early automatic pieces from the ’70s, but a lot of ’80s models feel passe to me. The 7A28 series from this era, though, boast some incredible sub references. Pieces from noted automotive designer Giugiaro found their way to the screen in Aliens. More importantly, though, the 7A28 was the world’s first analog quartz chronograph. There are loads of designs out there, but my absolute favorite is the 7A28-7090 Yacht Timer. 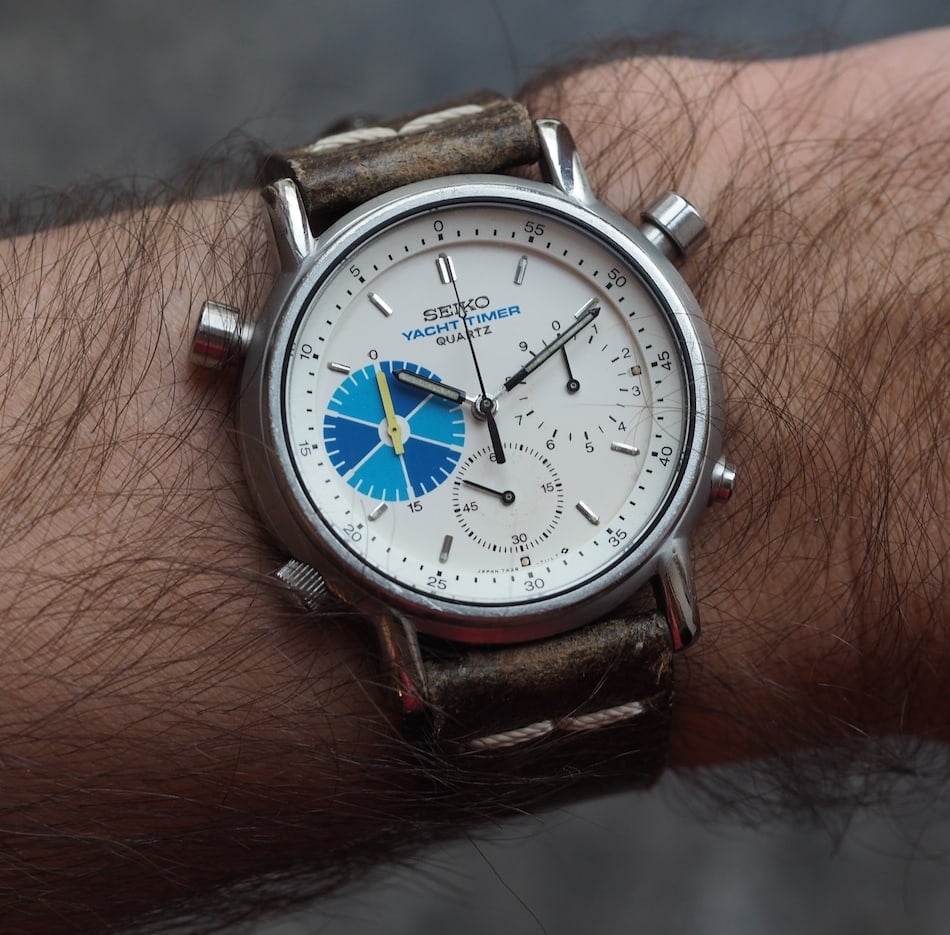 The Yacht Timer was made in 1983 and seemingly in relatively small numbers. The watches are highly prized today with prices often reaching €1,500 or more. This is one of those Seiko watches that simply needs to be made again and soon! Seriously, Seiko brought back the Aliens watches several years ago and used the price-friendly 7T12 quartz movement. So, why not do it again in a new case design to evoke the Yacht Timer? Just look at that colorful 30-minute sub-dial and imagine a similar new watch. 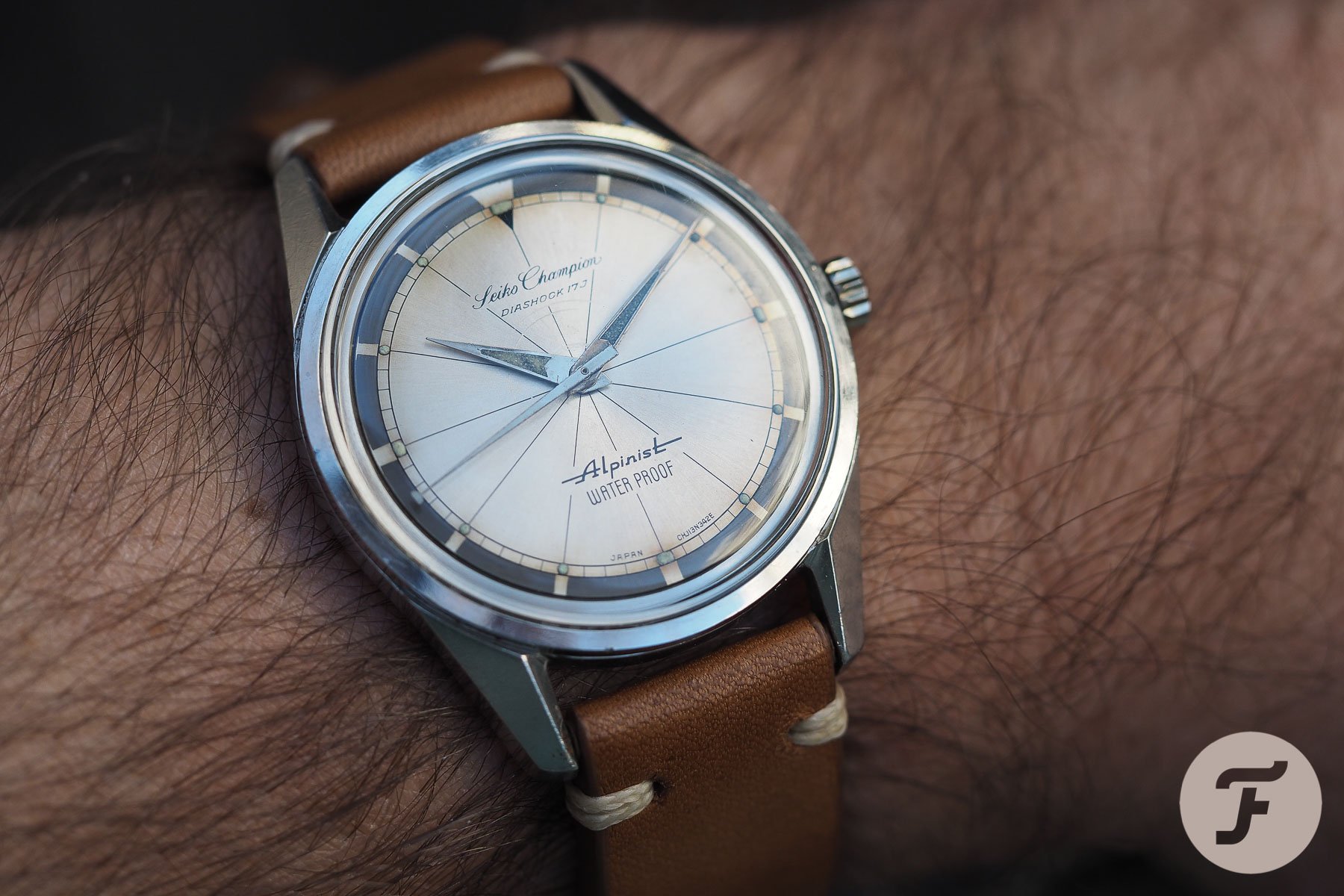 Out of all the Seiko watches in today’s article that should come back, I think that the Seiko Alpinist J13043 has the best chance. I say that because Seiko has been focusing heavily on the Alpinist line for the last couple of years. Examples are the recent 1959 Laurel Alpinist Re-creation and the retro SPB155/7/9J1. These are welcome signs, yet I feel like the most attractive Alpinist models came in the early ’60s. 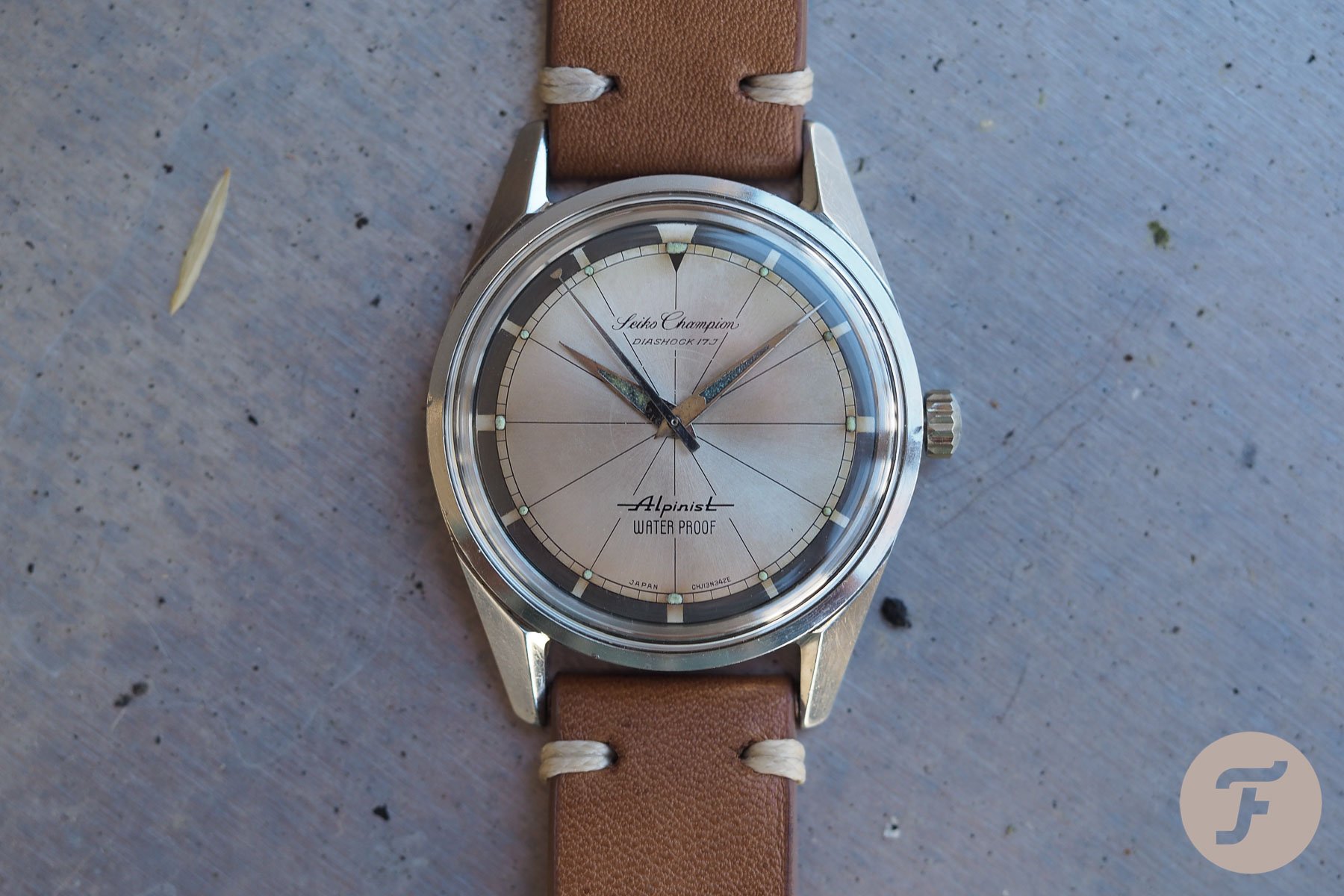 Models like the J13043 Alpinist come with striking sector-like dials and lovely details. Aside from standing out in general, these watches were incredibly different from the Seiko watches of that period. Like most pieces from the era, these came with manual wind movements. I’d be willing to accept an automatic such as the 6R35 in a reissued model, but I’d hate to see a date window.

Which Seiko watches would you like to see again?

These are just a few of the Seiko watches that I’d love to see again. With so many long-retired models, one could literally choose at random in an old catalog and come up with some great options. So, with that, what former models would you like to see from Seiko again?

Hot Topics
Introducing: The Omega Speedmaster Super Racing With Spirate System
165 comments
Design Vs. Specs — Which Is More Important To You When Buying A Watch?
86 comments
My Predictions For New Omega Speedmasters In 2023
54 comments
The Time To Buy Is Now: How The Current Economic Climate Influences Watch Buying And How You Should React
51 comments
A Regret-Free Guide To Buying Your First Luxury Watch — Part Three: Higher-End Options From Omega, Rolex, Grand Seiko, And More
48 comments
Popular
Top 10 Rolex Watches – Overview of Models Favoured By Our Readers
Fratello
25
Rolex GMT-Master History And Overview Of All Major References
Robert-Jan Broer
21
Certina DS PH200M – Hands-On Review
Balazs Ferenczi
23