Wrist Game or Crying Shame is here with a look at the TAG Heuer Carrera Telemeter. It’s a watch that gave us a window into at least part of the brand’s future. Will you fall for its trailblazing ways? Before we get to that…

Last week, I shared the IWC Fliegerchronograph IW3706 with you and all I can say is, “WOW!” You fine folks brought this one onto the runway with an 83% Wrist Game landing. I know these were popular, but this blew me away. Do we have a future collectible on our hands? Perhaps, but that’s a discussion for a different time. This week, after only a week off, we go right back to talking about the Carrera. However, this TAG Heuer Carrera Telemeter is a newer watch that is somewhat significant. It started something at TAG. Let’s see if that’s enough to make you care. 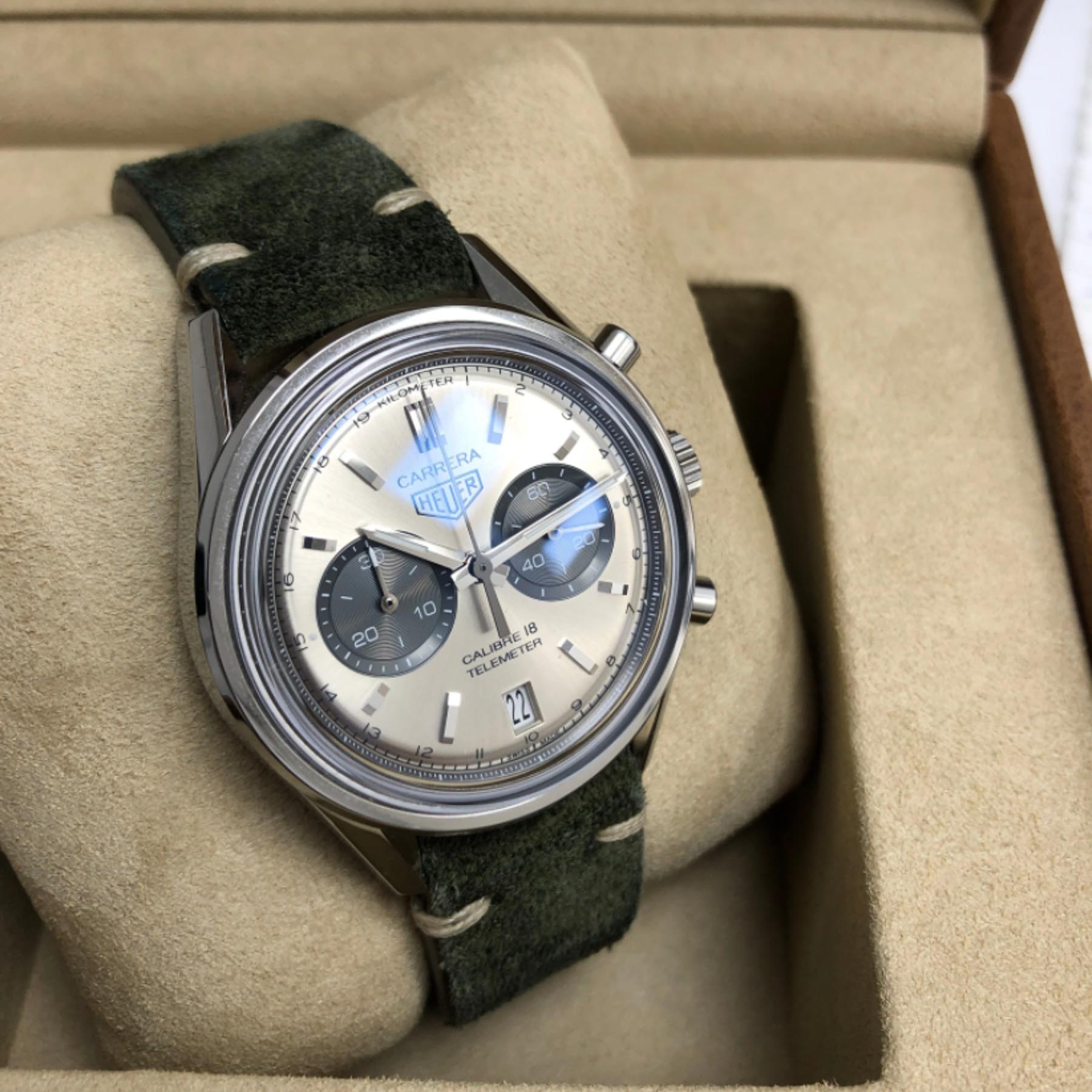 Baselworld 2015 was over six years ago!

I simply cannot believe that Baselworld 2015 was more than six years ago. That feels like an eternity, but in some ways, it seems like yesterday. I still recall that one of the highlights of that show was our visit to TAG Heuer. In addition to all the normal releases and brightly colored Formula 1 watches, there was something very interesting. It was kind of an odd watch that stood out from the rest because it was smaller, very retro, and pretty darn classy looking. The watch I am referring to was the TAG Heuer Carrera Telemeter reference CAR221A. 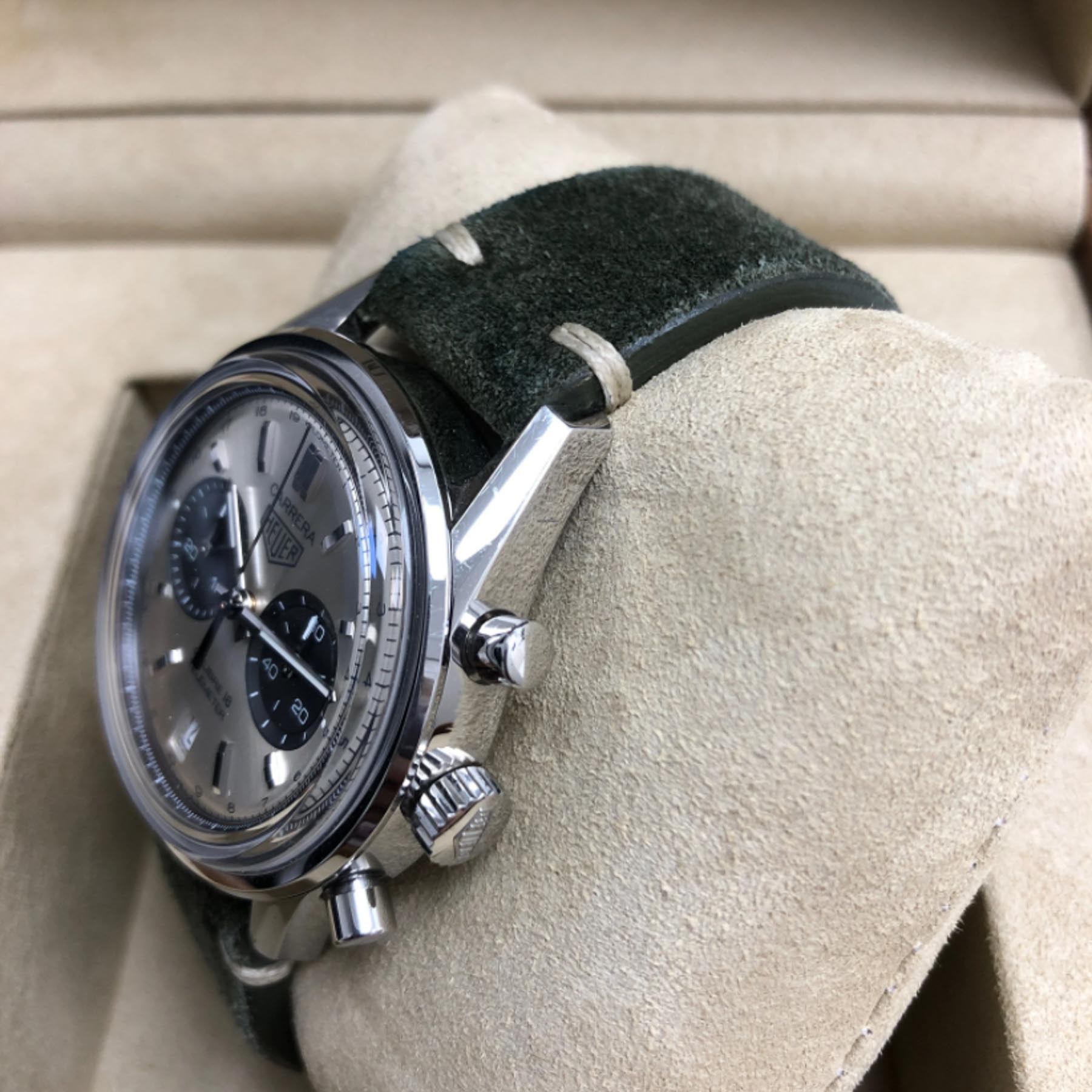 The TAG Heuer Carrera Telemeter was a highlight

The 2015 TAG Heuer Carrera Telemeter was unique because, for the first time in a long time, TAG brought back a design reminiscent of the original ’60s Carrera. Long, angled lugs mixed with a classic dial and a racing strap. TAG mentioned that these new 39mm pieces were debuting something they called a “glass box”. The description sounded like a full sapphire chamber within a normal case. The effect gave a seriously curved look to the dial around the edges.

I remember handling the original TAG Heuer Carrera Telemeter and came away with a number of feelings. The overall design was good but I felt that the Heuer branding on the face was a bit large. I also wondered aloud about the truly muted color combination. This was a pretty exciting watch in theory, but the mix of light champagne and washed-out grey was odd at best. The watch wasn’t bad-looking, but it didn’t stand out in a crowd. Of course, the addition of a date window at 6 o’clock was unnecessary, but I was willing to forgive that part. What was unforgivable was the CHF 5,900 list price considering the Caliber 18 is a 3rd party automatic movement. 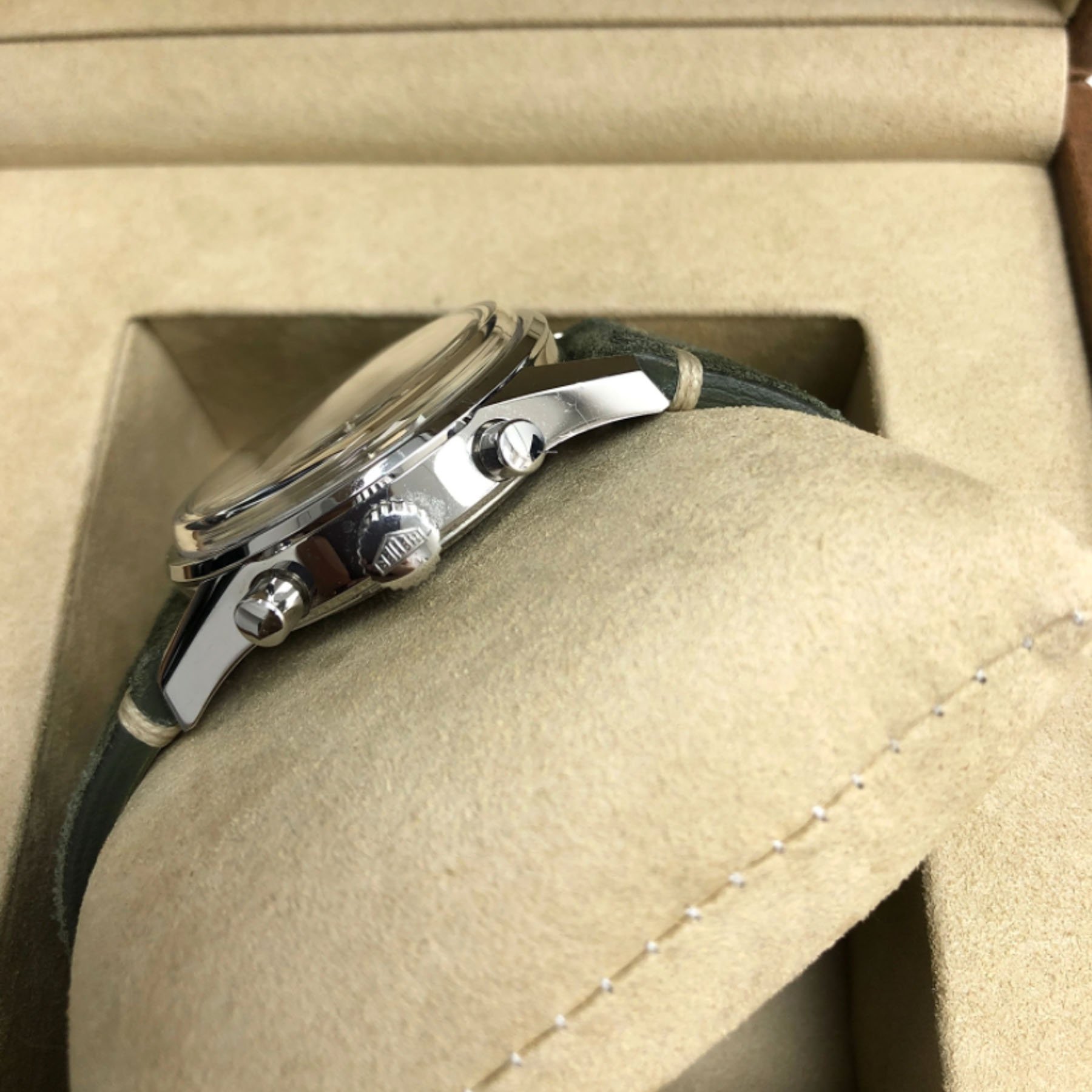 A watch that predicted the future

We were told that at the time that the TAG Heuer Carrera Telemeter was not limited, but that it had already been produced as one lot with no further production plans. It was weird to think that TAG had created a brand new case design with the intent of producing just this watch. Was this an orphan watch that TAG wasn’t happy about making, but had gone too far to cancel? Thankfully not and since that time, TAG has produced seven additional watches with this case. You can see a nice article that Jeff Stein wrote about each one. I do think that most of those watches look a bit better than this Telemeter version, but that’s just my opinion.

What isn’t opinion, though, is that the TAG Heuer Carrera Telemeter kicked off a pretty nice lineup of watches that, for the most part, garner decent prices on the secondary market. Of the two pieces I found of today’s subject, it seems that pricing has dropped a bit versus the original list price. Our friends Ace Jewelers in Amsterdam have listed a full set piece on Chrono24 for €4,250. What do you think? Is this understated classic worth a look or is this party starter forgettable?