Four Highlights Of The Upcoming Fortuna Auction On February 13

This coming Wednesday, the Fortuna Exchange auction will take place. A monthly live auction where you can bid on watches and jewellery. In this month, Fortuna offers 45 watches of which we selected 4 to show you.

The rare Rolex Milgauss reference 1019 is a watch that was meant for engineers and scientists. A watch that could be used in professional environments, where it could be exposed to (strong) magnetic fields. The IWC Ingenieur and Omega Railmaster were its main competitors at the time, also offering anti-magnetic watches. 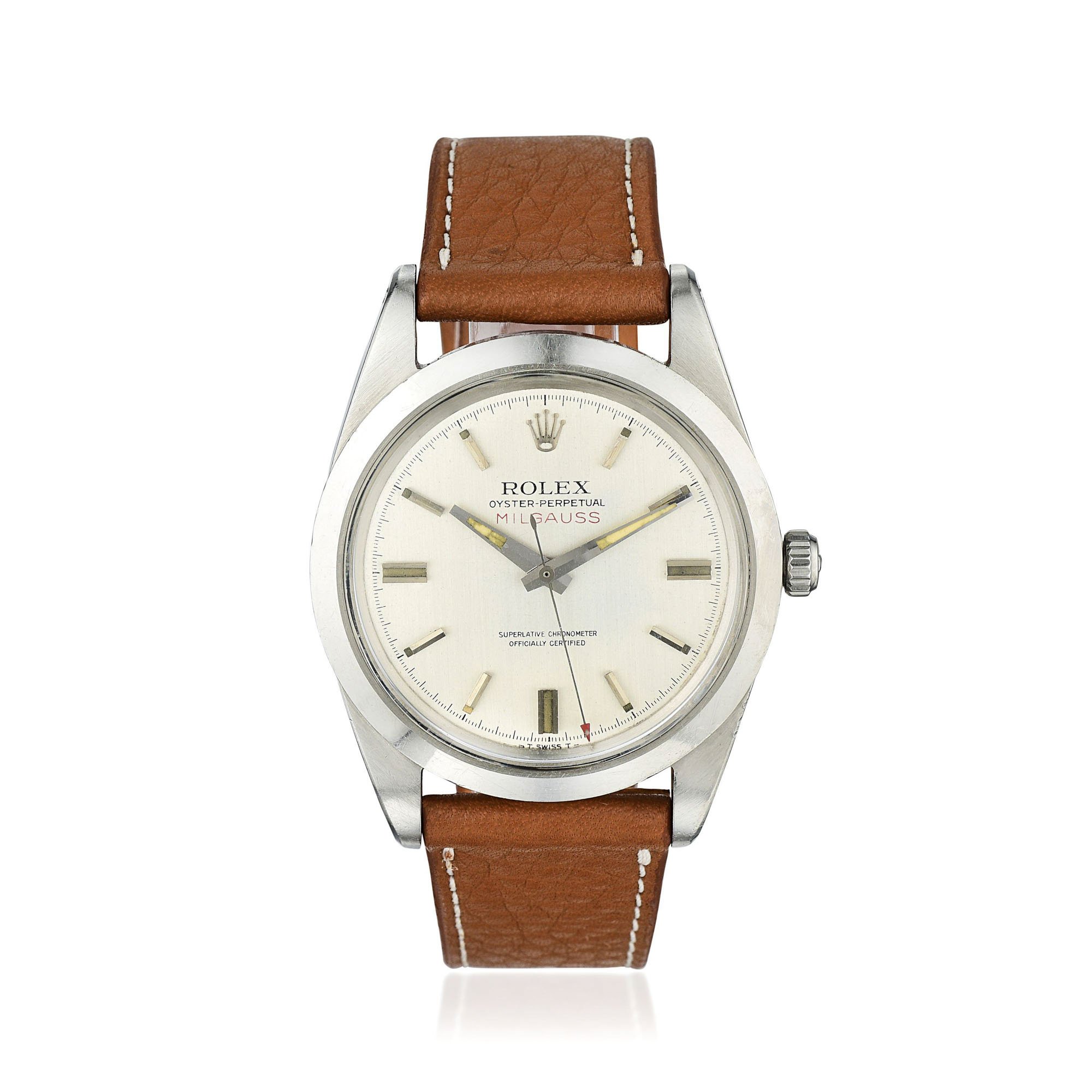 The Milgauss was created in 1956 as the result of a collaboration between CERN, the famed European Organization for Nuclear Research, and Rolex. To meet the demands of the scientific community, Rolex developed a clean, legible, and nicely sized piece, complete with a special Faraday cage surrounding the movement which could protect the watch from magnetic fields as powerful as 1,000 gauss. This of course is the origin of the name “Milgauss”.

This Rolex Milgauss reference 1019 dates back to ca. 1967 and is being offered on a leather strap. According to Fortuna, the watch is in nice condition. There are a few signs of wear on the hands and dial (only visible under a loupe), but the luminous material is intact. The case appears to be unpolished and shows light scratches that belong to a watch that’s over 50 years old. Inside this Rolex Milgauss 1019 is the caliber 1580 movement, which is in running condition. 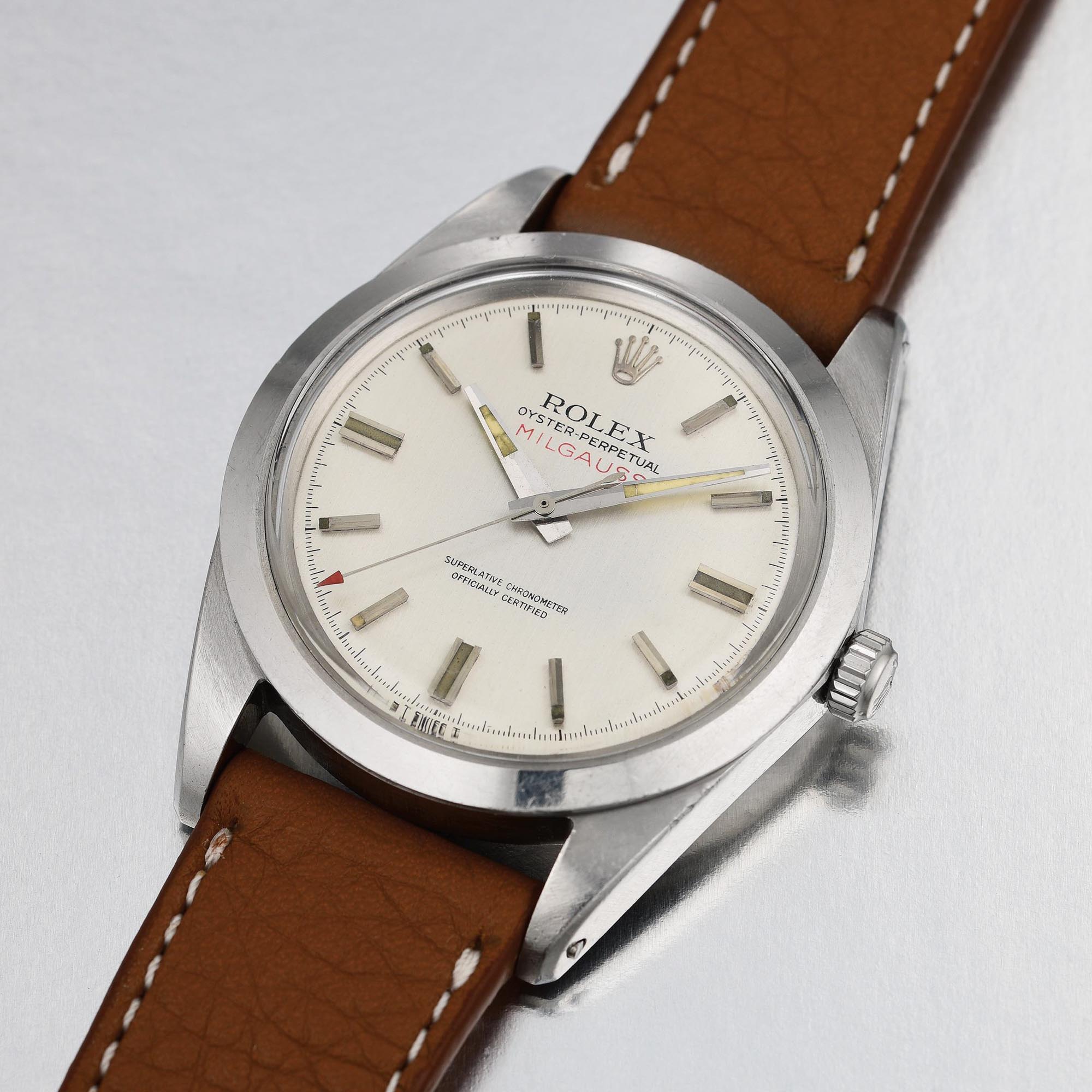 In 2007, Rolex re-introduced the Milgauss into their collection and appeared in a number of different executions. It is loosely based on the original Milgauss 1019 you see here. Based on Rolex’s recent activities on Instagram, collectors and fans predict a new addition to the Rolex Milgauss collection at next month’s Baselworld 2019 edition. However, if you want to own the real deal, head over to Fortuna and check out this Milgauss 1019.

A watch that needs no further introduction (and if it does, click here for our historical overview of the Rolex Submariner). This reference 1680 was introduced in 1966 and was the first Submariner to have a date feature. The early versions had the word ‘Submariner’ printed in red, until 1973. The watch that is being offered though, was produced in 1978. 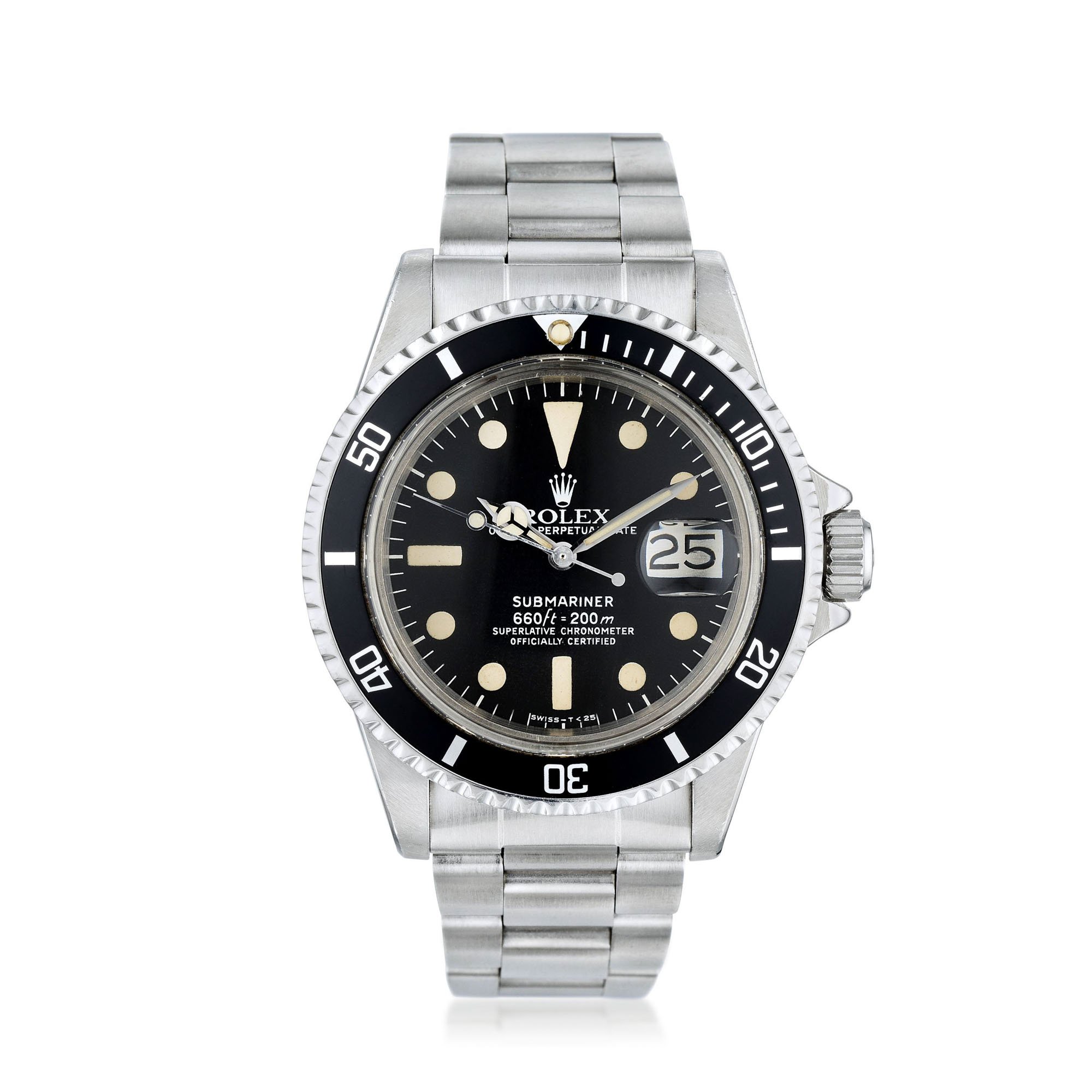 A Submariner is a watch that should (probably) be in every serious watch collection, regardless which execution. This reference 1680 is your chance to buy a historical one though, with its plexi crystal, matte dial and tritium hour markers and hands. The colour of the lume has beautifully aged, as you can see. Case and bracelet do show wear and might have been polished over time. The hands are likely to be replaced in the past but are period correct (and tritium). 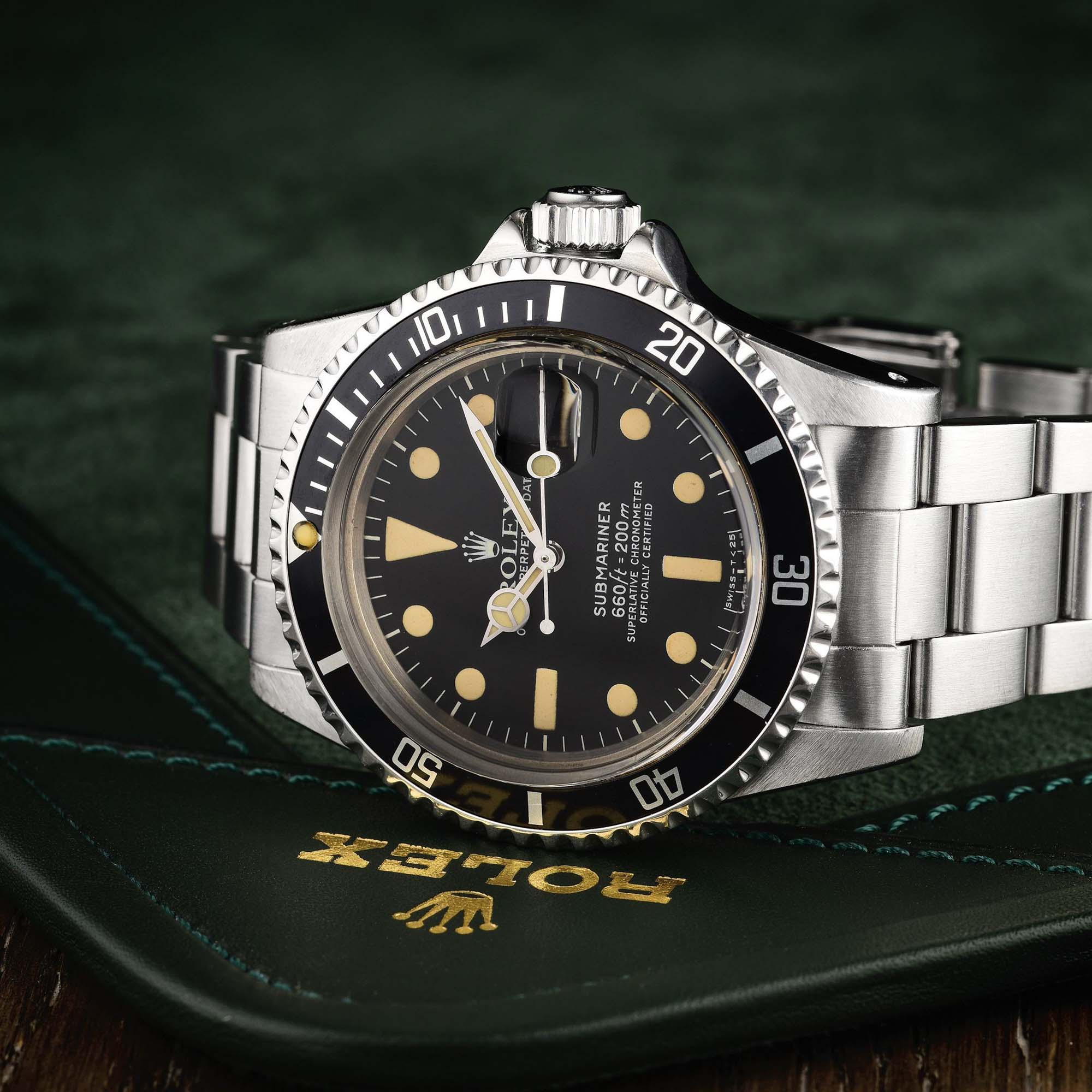 After the introduction of Audemars Piguet’s Royal Oak in 1972, Gérald Genta worked his magic once more with the Patek Philippe Nautilus in 1976. The first stainless steel luxury sports watch for this Geneva manufacture and not to everyone’s liking! This ‘enfant terrible’ in the eyes of many Patek collectors, grew out to be one of the most sought after references though, and still is today. The modern equivalent (reference 5711) simply can’t be bought and waiting lists show numbers that will even make Patek CEO Thierry Stern blush. 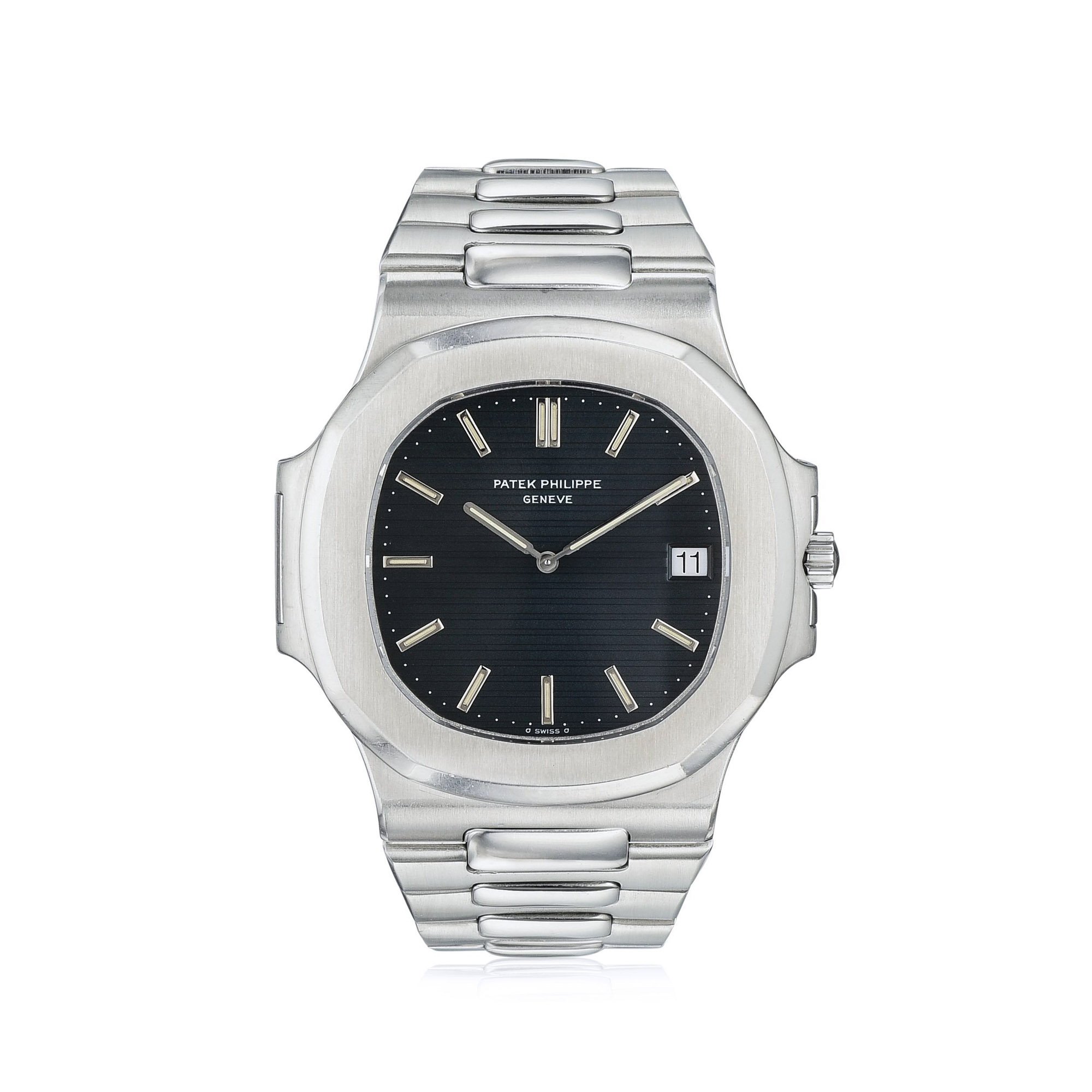 The Nautilus 3700/1 is the first reference of this model, and you’re looking at an early model from 1978. Inside is caliber 28-255 C movement that is similar to the Royal Oak’s caliber 2121 movement, an ultra-thin caliber that was developed with Jaeger-LeCoultre, Audemars Piguet and Patek Philippe. Later on, the Nautilus received an in-house developed movement by Patek Philippe (which is still being used in the current Nautilus reference). 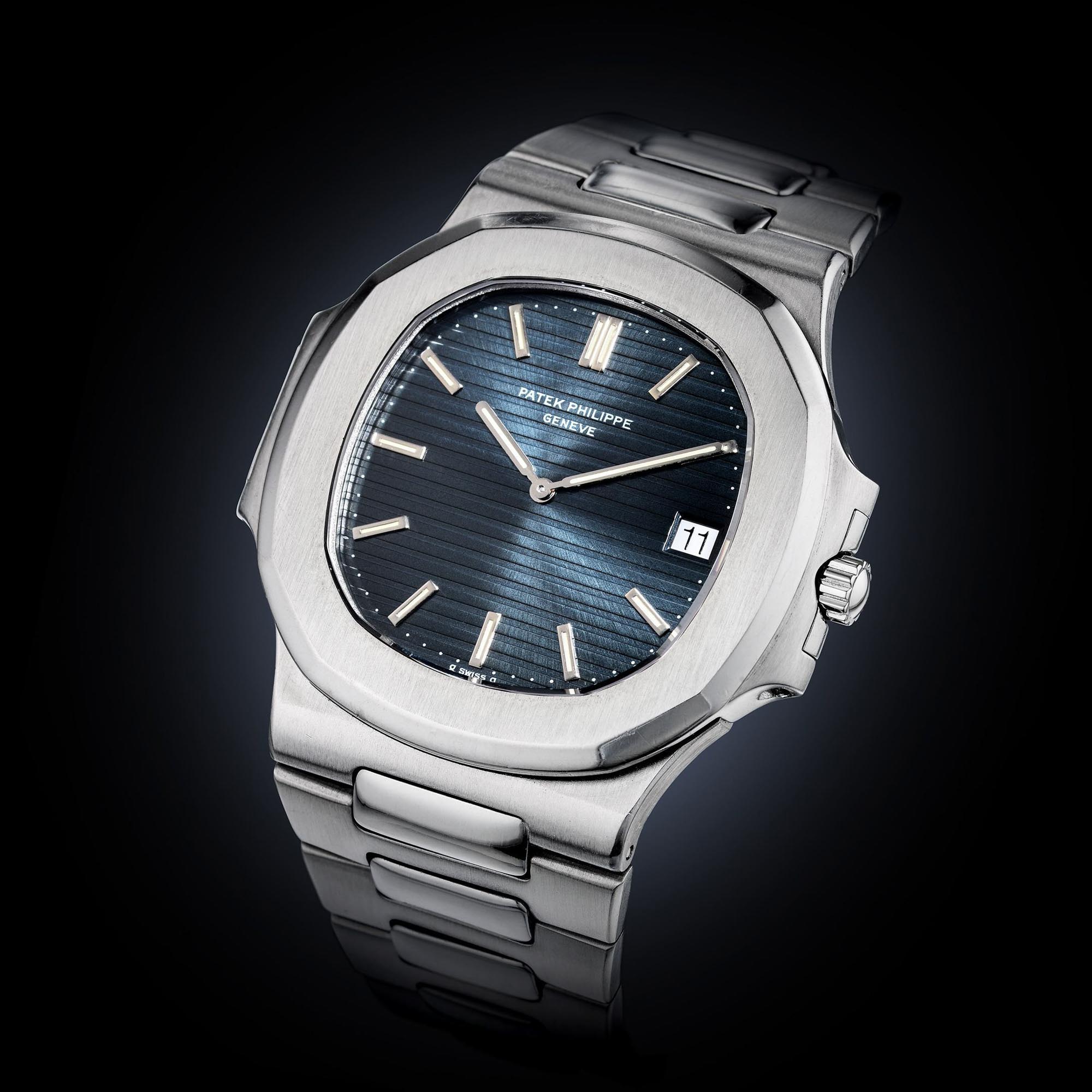 If there’s a watch that doesn’t need an introduction here, it is the Speedmaster. We have covered this watch in approximately 350 different articles here on Fratello, of which most can be found here. It is a no-brainer, you should have one in your collection. Or at least try it. 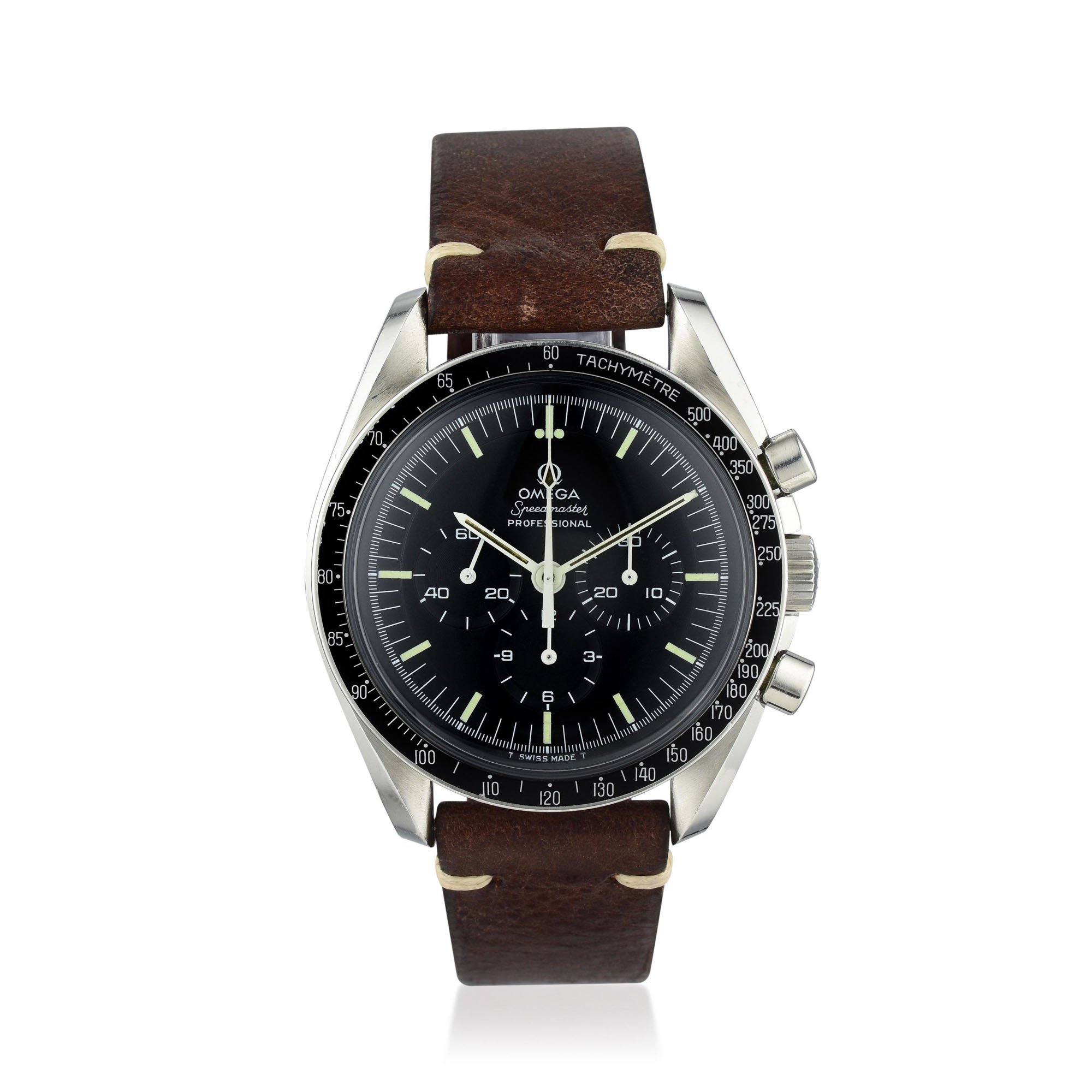 Fortuna offers a 145.022-69 reference, but don’t let the -69 designator fool you. This reference was used up to 1971. This particular watch can be dated back to 1970 according to the provided serial number (we used this tool for that, which is based on extract of the archives provided by Omega).

This watch shows wear that corresponds with its age, the dial and hands have the tritium still intact. The tritium lume in the hands appears to be darker than on the dial, as can be seen on the picture.  On this 145.022-69 you will find the Seahorse logo caseback and a Dot-Over-Ninety bezel.

An overview of all lots in this auction can be found here.