1969 refers to the production year of the Valjoux 7734 movement that Pinion sourced for their hand-wound chronograph watch. We already introduced you to the Pinion R1969 almost a year ago using some prototype photos, but the watches are now ready and being delivered to their customers. Fratello Watches shows you the first photos of the finalized timepiece.

A small recap, Pinion was founded in 2013 in South Oxfordshire, England. The name – of course – refers to the small gear wheel in a movement that is often being used to drive visible parts in a watch, like its hands for example. Besides Pinion having an incredible eye for detail for finishing, you could say that the R1969 revolves around its historical hand-wound chronograph caliber 7734 movement. Pinion was able to source 100 of these movements and have them assembled, finished and tuned to become the lifetime partner of their Revival 1969 timepiece (or R1969). 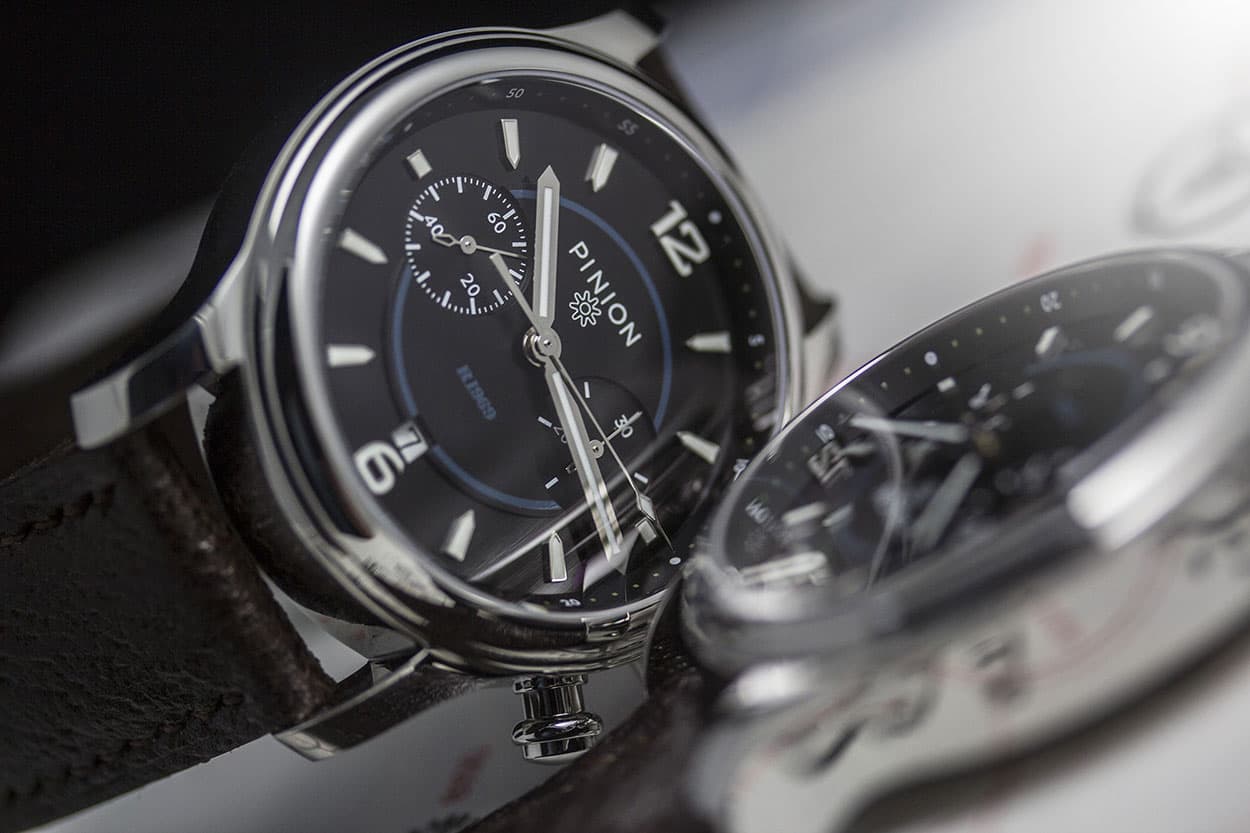 The Valjoux 7734 movement originates from the caliber 7730 which its own turn originates from another chronograph manufacturer by the name of Venus. Venus made a chronograph movement caliber 188 that Valjoux basically used as a basis for their caliber 7730 after Venus ceased to exist in 1966. They [Venus] made chronograph movements for over 30 years and their caliber 188 was in production from 1948 until the company was absorbed by Valjoux (both companies were part of the Ebauches SA at the time). The Valjoux 7734 movement that Pinion uses was also used by Breitling, Tudor and Heuer in the late 1960s and in the 1970s (production of the Valjoux 7734 stopped in 1978). 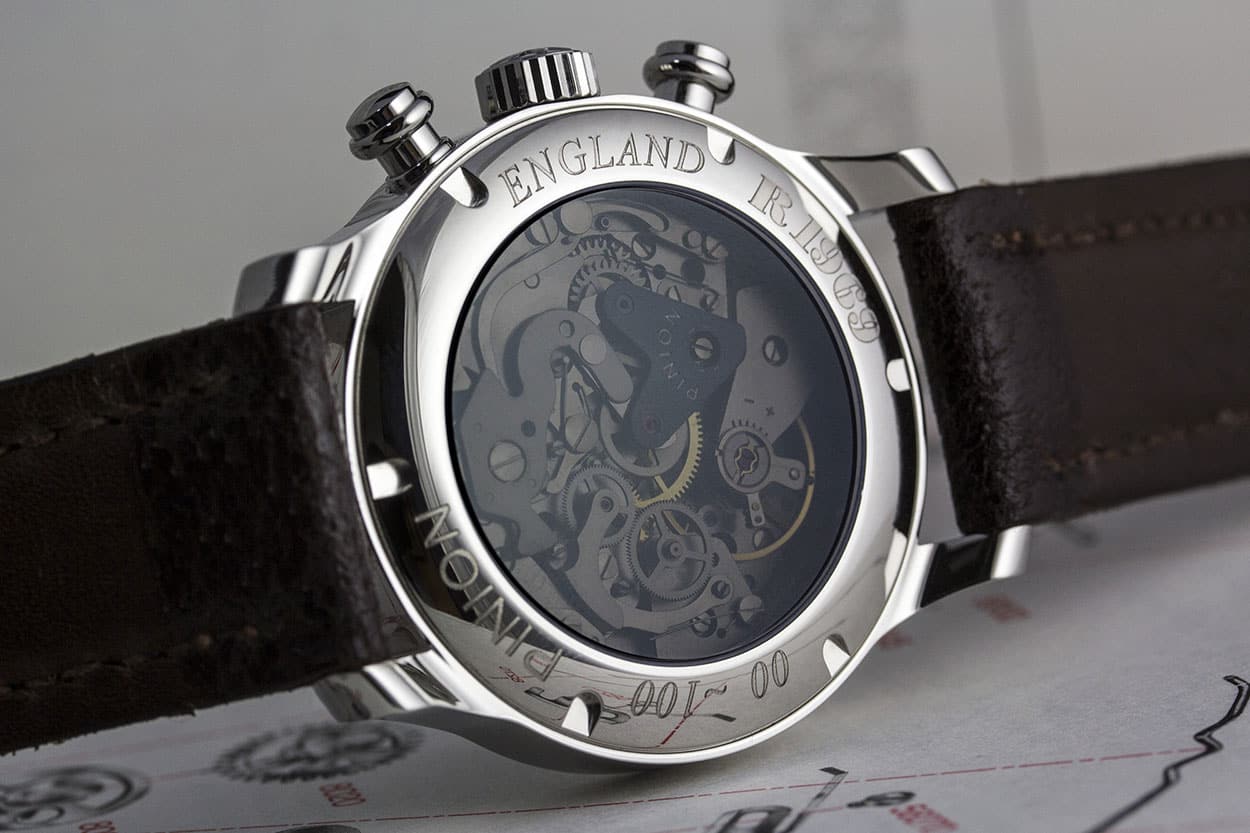 The Pinion R1969 shows the Valjoux 7734 movement through a sapphire exibition caseback. Although my standpoint about exhibition casebacks remains unchanged (“Don’t use them unless you have something really exceptional to show”), this hand-wound chronograph is definitely worth observing through a crystal, watching the parts move when operating the chronograph pushers for example. All 100 movements that Pinion used for the R1969 were NOS (New Old Stock) and brought to live by their skilled watchmakers.

Besides being a watch built around its Swiss vintage chronograph movement, the Pinion R1969 has a very nice design (43mm case) and awesome finish. The prototypes I’ve seen at SalonQP last year were already impressive but the final versions have awesome finished hands and a different crystal. If all goes well I am able to test drive one of these Pinion R1969 pieces and share my hands-on experiences with you in another article. Since I am a chronograph guy, I may sound a bit over-enthusiastic, but I love those old hand-wound chronograph movements. Another aspect I like about the Pinion R1969 is the design of the pump pushers. Just like anything else about this watch, it isn’t some off-the-shelf set of pushers, but designed and milled for Pinion. 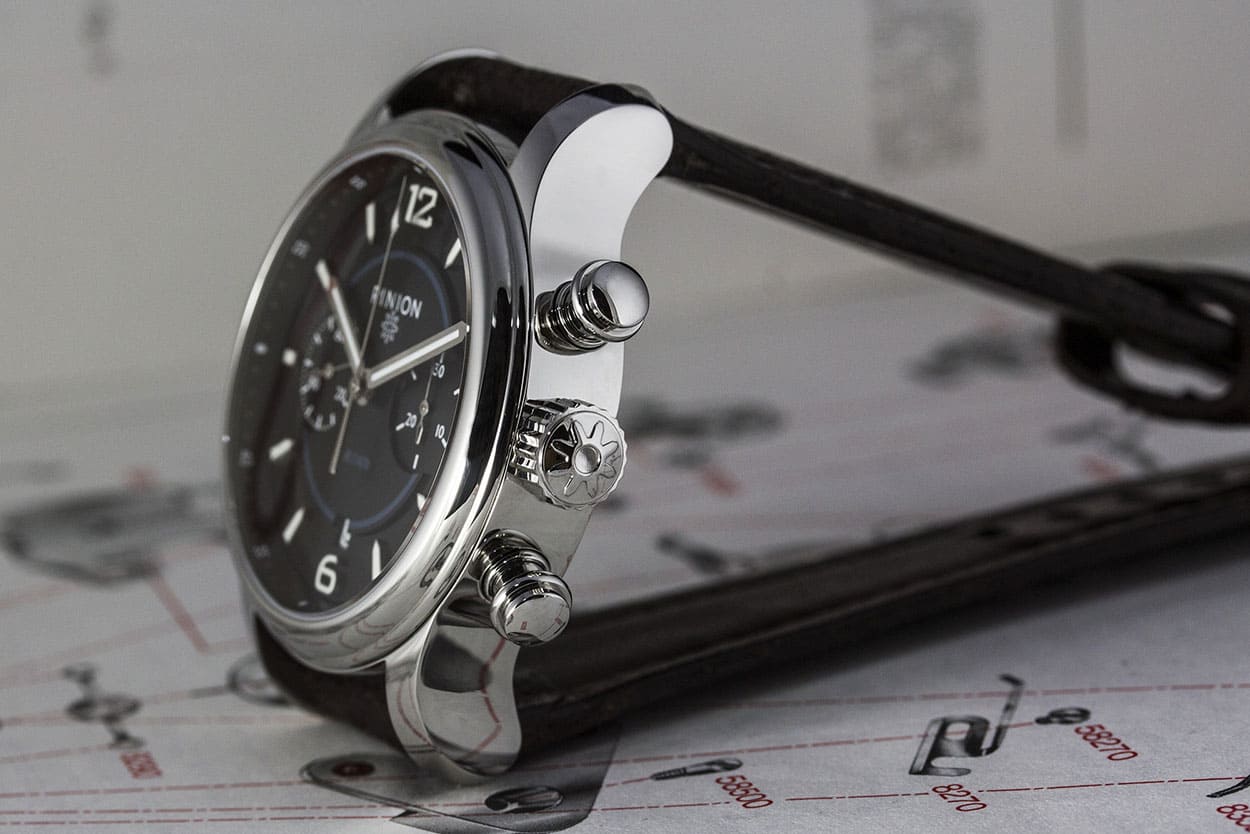 The dial shows quite a bit of depth without being too ‘busy’ for a chronograph and the applied hour markers are razor sharp. A date aperture wouldn’t be something I would need myself and it does ‘disturb’ a bit, but I know watch companies are keen on featuring a date on their timepieces. I guess sales numbers or demand from customers are the best reason to have one. I am a Speedmaster guy (lacking a date) and currently have my colleague’s Daytona on my wrist (also lacks a date) and I’ve just never missed it nor will I do so. There is enough modern equipment around me that is able to tell me the date and more, I only need to know it only one time per day and I am set. With time, it’s a different story of course. 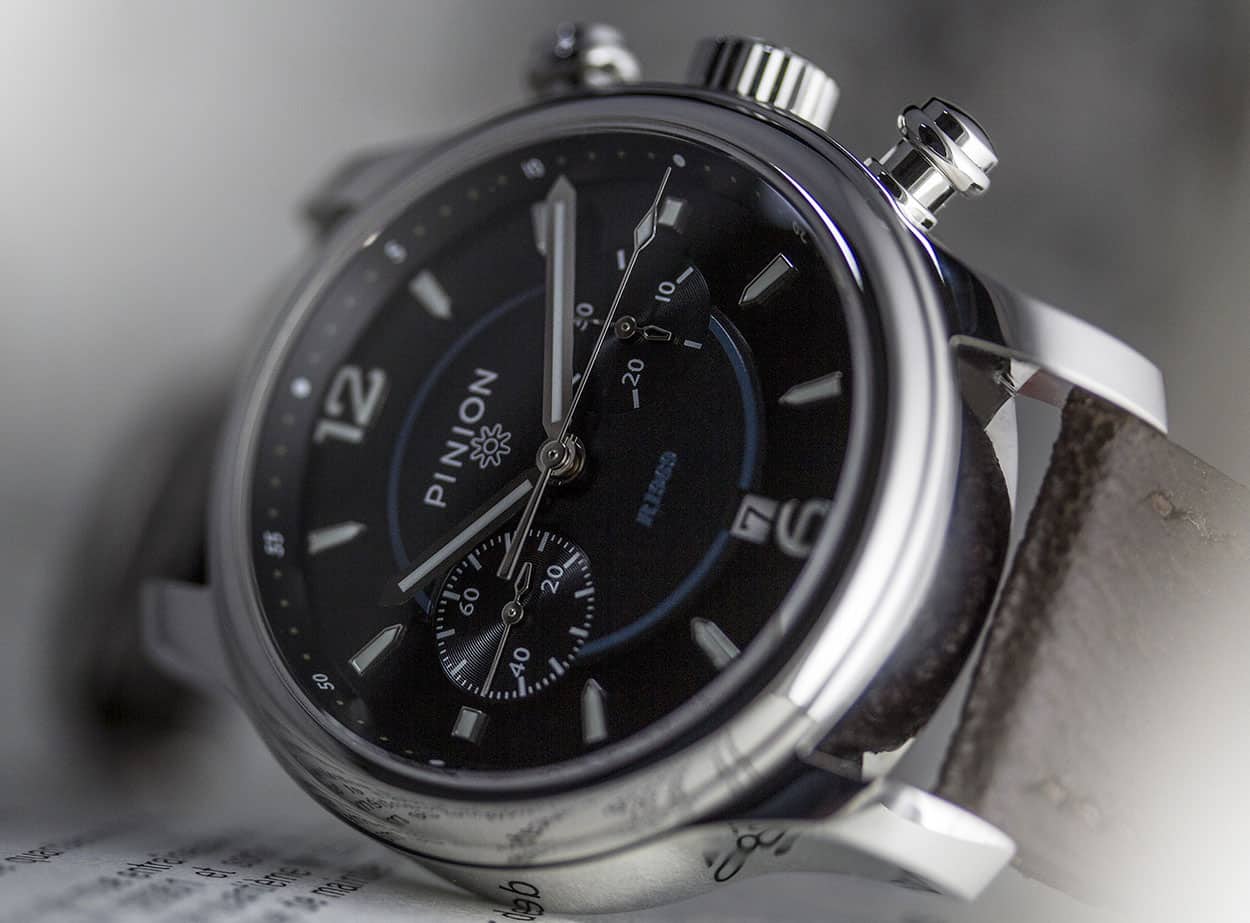 Like I wrote earlier, only 100 pieces are built of this Pinion R1969 and they are now being delivered to the customers who ordered one. Price of the Pinion R1969 is £4,950.00 and £4,125.00 for people outside the EU. For that price, you will get a well built timepiece with a historical movement but in new condition. More information can be found on the official Pinion website.

More images of the Pinion R1969