Styles Of Watch Hands And Who Does Them Best — Part One: From Alpha To Feuille With Omega, Breguet, Grand Seiko, And More

A closer look at what helps us read the time, alphabetically, not in order of coolness
Thor Svaboe
comments 23
Share

As this is a subjective two-part story meant to inform, I’ll start with a disclaimer to avoid any misunderstandings about something as simple as watch hands. Yes, I’m talking about the hour and minute hands. And I know the Fratelli will be eager to jump into the comments with a style that I missed. That is all good, as I have looked at the 10–15 most well-known shapes. And by all means, feel free to disagree if I proclaim a certain brand to have the best kind of spade hands in the business (that would be Kikuchi Nakagawa, hands down).

First of all, this is not meant as an encyclopedical story to struggle through; that’s for my book deal when I retire. I will not endeavor to drag you through the evolution of Rolex Submariner hands with extracurricular notes on lume compounds. This is meant to top up your knowledge, get you deeper into the infamous watch rabbit hole, and perhaps even open you up to giving a new set of hands a chance. 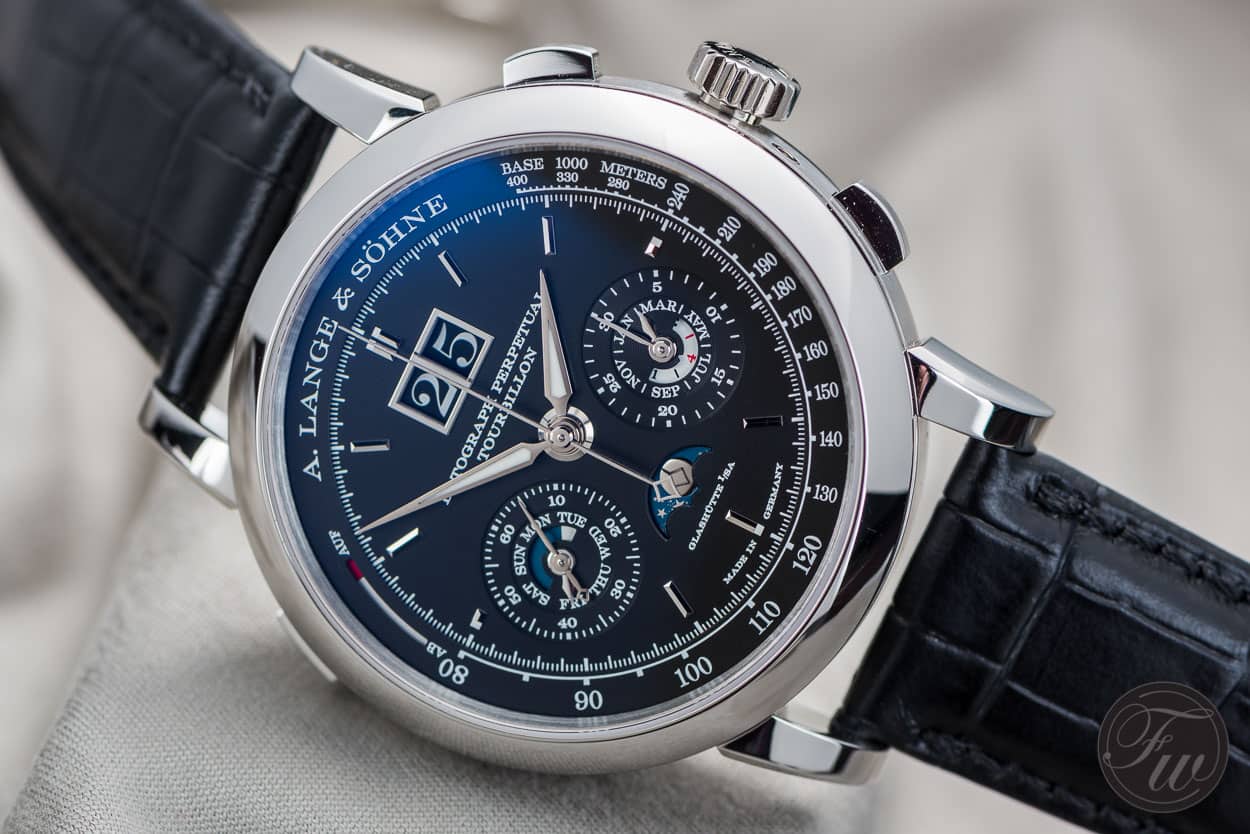 Alpha hands on an A. Lange & Söhne

The term “alpha hands” seems to be mostly misunderstood, and it is often mistakenly used for dauphine or sword hands. In truth, alpha hands (also called “lance hands”) are like the long tip of a spear, emanating from a thin base, widening out, and ending in a dramatic, sharp point. On this Datograph Perpetual Tourbillon, they are lumed in the center and pitch-perfect examples of the alpha style. I know, this is not everyday wristwear, but the dial of any Datograph. sets an example to follow. So yes, for the best example of alpha hands in the business, go straight for the German grail — a chronograph built to the perfectionist standards of A. Lange & Söhne. 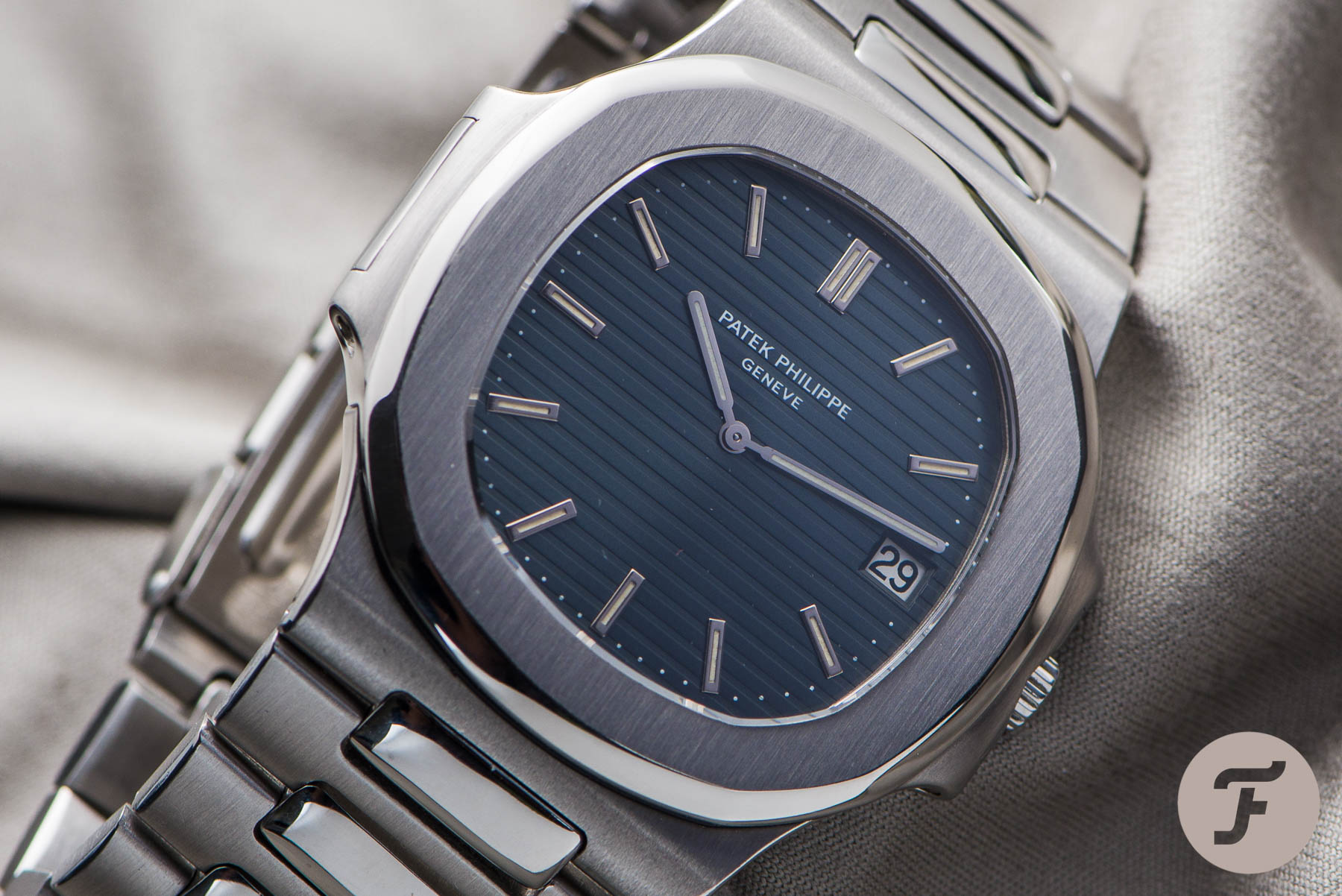 Baton hands on a ’70s grail from Patek Philippe

Baton hands aren’t the most usual choice these days, though there are enduring classics that put them to good use. The Rolex Day-Date with its completely straight baton hands comes to mind. However, I can’t shake the image of the early Patek Philippe Nautilus 3700 and its thin baton hands with slivers of discreet lume and slightly rounded ends. They contrast rather than match the rectangular indices and are of minimalist beauty. Amusingly, the other Genta grail, the Royal Oak, has remarkably similar baton hands. I choose to attribute this to a fashion of the day, though we might just call Gérald a bit lazy on the hand-design front. Baton hands do their job with no fuss. Whether rounded or straight, they are meant to perform their job discreetly. But these are one reason an early Nautilus is a heck of a lot more than the sum of its vintage parts. 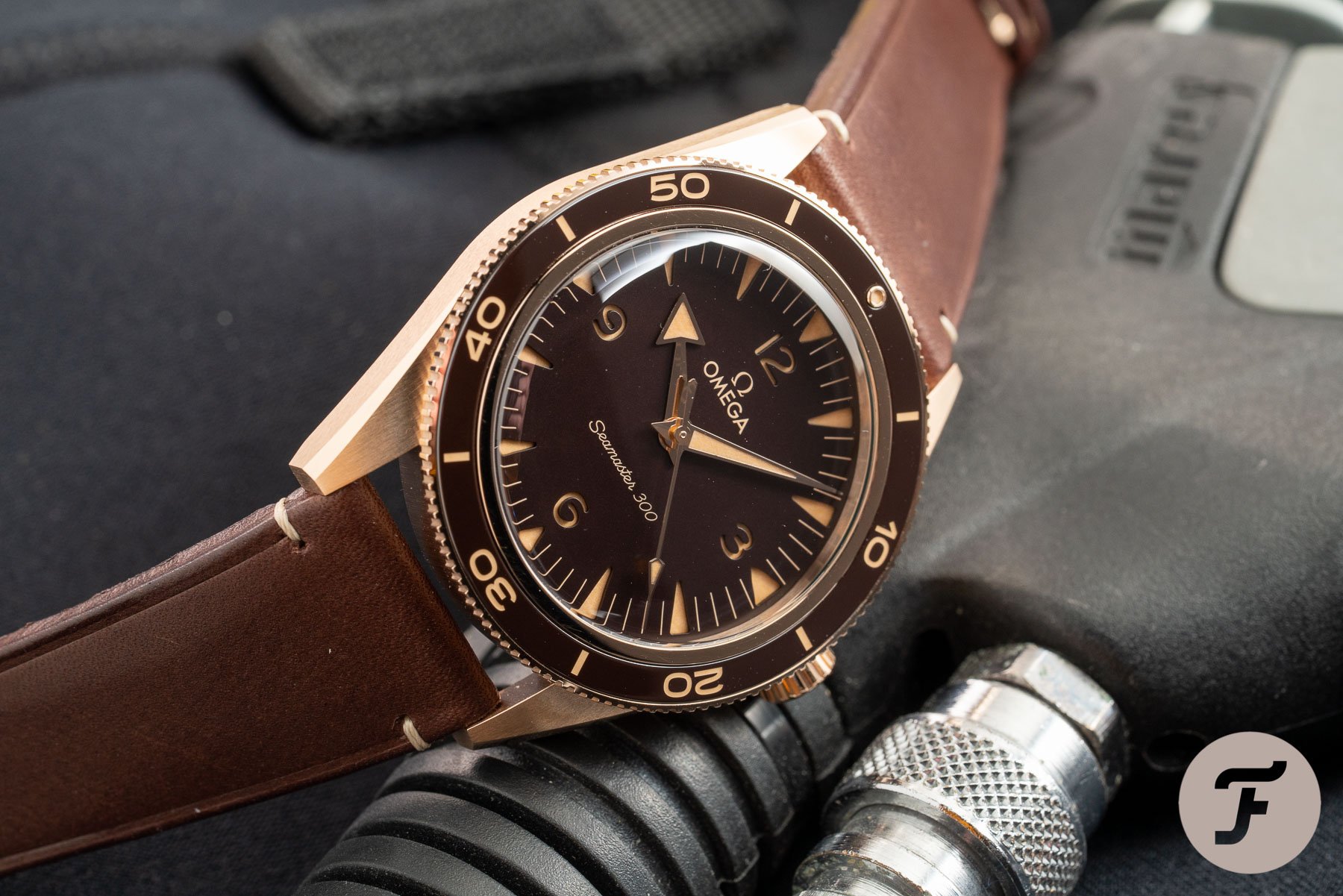 Arrow hands — A defining feature of the Omega Seamaster 300

Arrow hands make the Omega Seamaster 300 what it is, juxtaposing the sporty look of a vintage diver with what is now a rather dressy outlook. With Omega they are wider than most, and known as Broad Arrow hands. In this reissue, the hands are historically correct. For Omega, their Broad Arrow hands are also well-known as a mark of professional toughness in the Seamaster Planet Ocean range. In the 300, however, they take on the role of a vintage keepsake and sit perfectly within my favorite Bronze Gold version. That chocolate dial with golden hands and beige lume is peak vintage Omega. And do you know what? The Seamaster 300 has deserved its step back into the spotlight with the new slimmer model, as it was always my favorite. 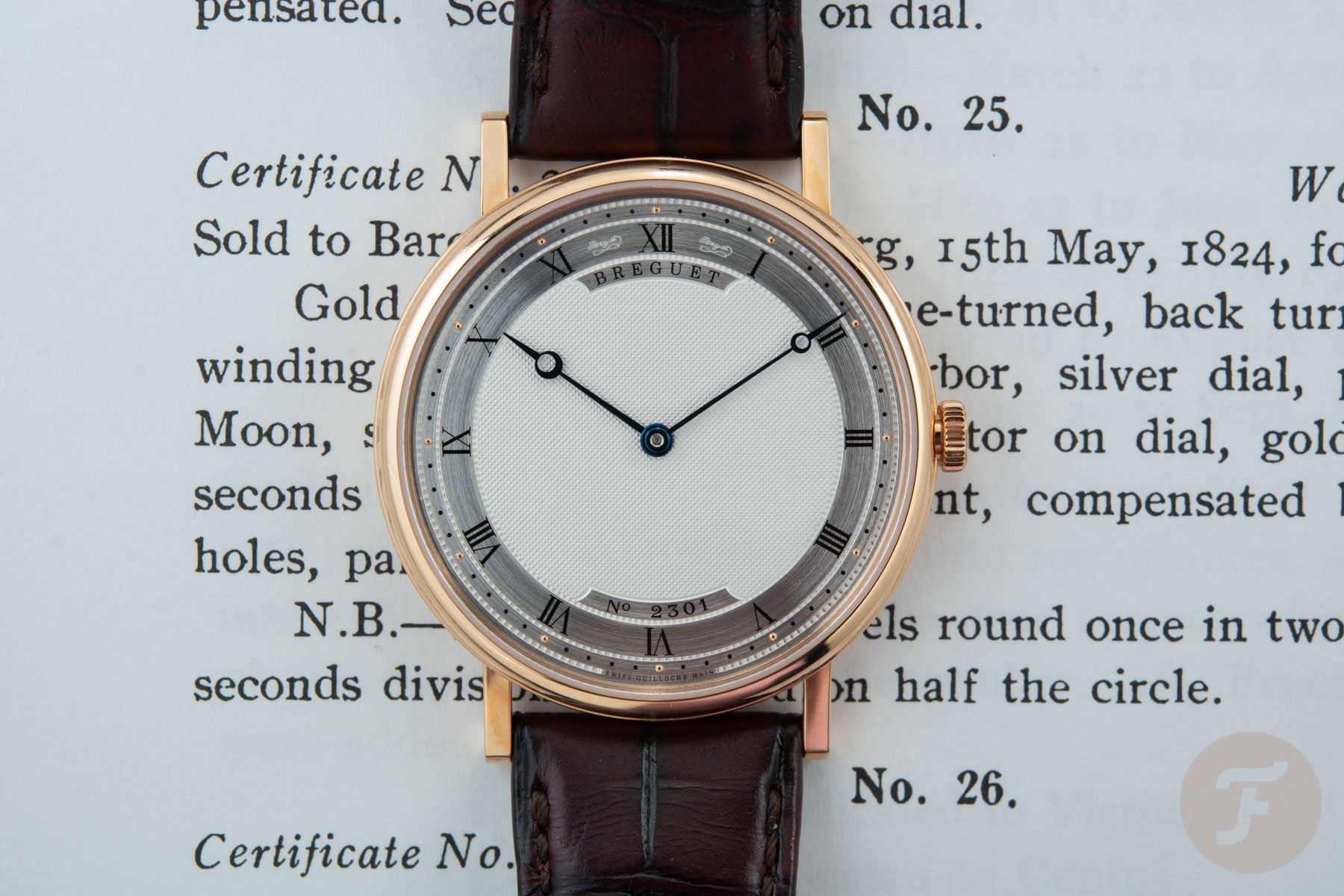 Breguet hands — But does Breguet do them best?

A Breguet is a Breguet. These days, however, good Breguet hands are exemplified by two manufacturers, one a small independent. Still, Breguet does what it does best, and with thin finesse. These time-telling ballerinas will make the finest sword hands look like sumo wrestlers. The pièce de résistance is the edge just before the needle tip. On this Classique 5157, the circles themselves are crescent-shaped and impossibly thin at the top. They deserve to be hand-blued, giving us the antique sheen found in Monsieur Breguet’s original pocket watches. But the Breguet hands of the Finnish horology genius Kari Voutilainen come in an extremely close second, sometimes even beating Breguet at its own hand game. 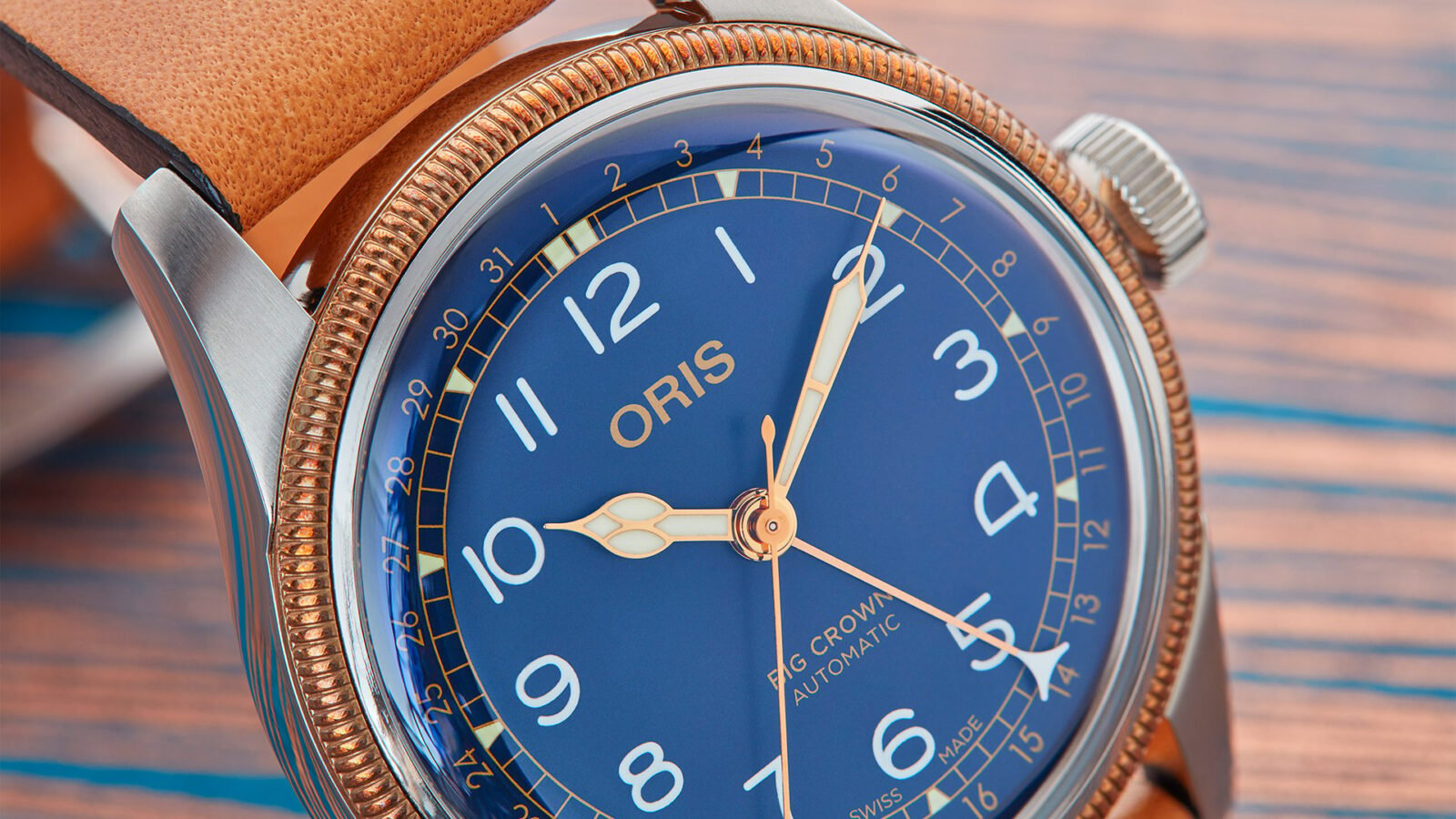 Cathedral hands — Are they still cool on a contemporary watch?

Well, ask Oris. The Big Crown series, which includes our own “Fratelloris“, is known for two signifying features — the big crown (well, duh!) and its cathedral hands. For many, this is the Oris watch, and with its 40mm size and slender case, it deserves any accolades. If I had the choice (sold-out Fratelloris aside), I’d take the elegant touch of the dark blue dial with the cathedral hands in gold. With their intricate patterns made to distinguish the hour from the minute hand at a glance, their flourish makes the Big Crown. The bulbous tip of the hour hand narrowing into a needlepoint works perfectly in balance with the syringe-like minute hand, making for quirky perfection. 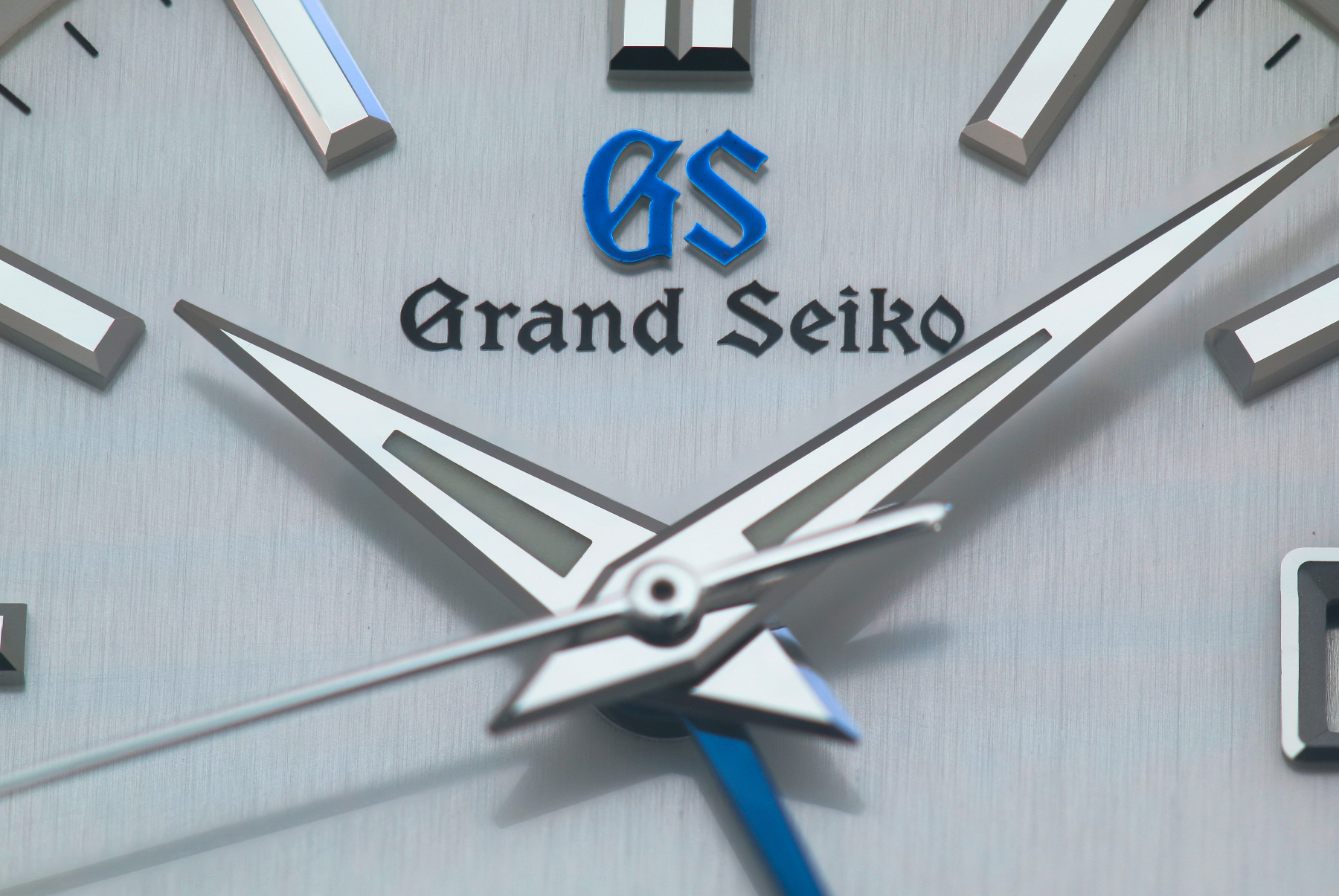 Dauphine hands — No one does ’em like Grand Seiko

You might knock Grand Seiko for not having a whole host of different hand designs. Unlike Omega with its arsenal of brand-denominating designs, a Grand Seiko lets Zaratsu and dial magic do the talking. I’d say 80% of watches made in the brand’s Shizukuishi workshop have dauphine hands. They are sharper-looking than a laser cutter slicing through three-inch steel and are wrought like a shogun’s katana. Their impeccably finished flat tops come to a perfect point, and the blade-like bevels reflect even the tiniest bit of light. I’ve seen macro shots of these dauphine hands trouncing Rolex craftsmanship, and do you know what? The perfection of Grand Seiko dauphine hands is to such a level that their name should be Japanese, not French. Mic dropped. 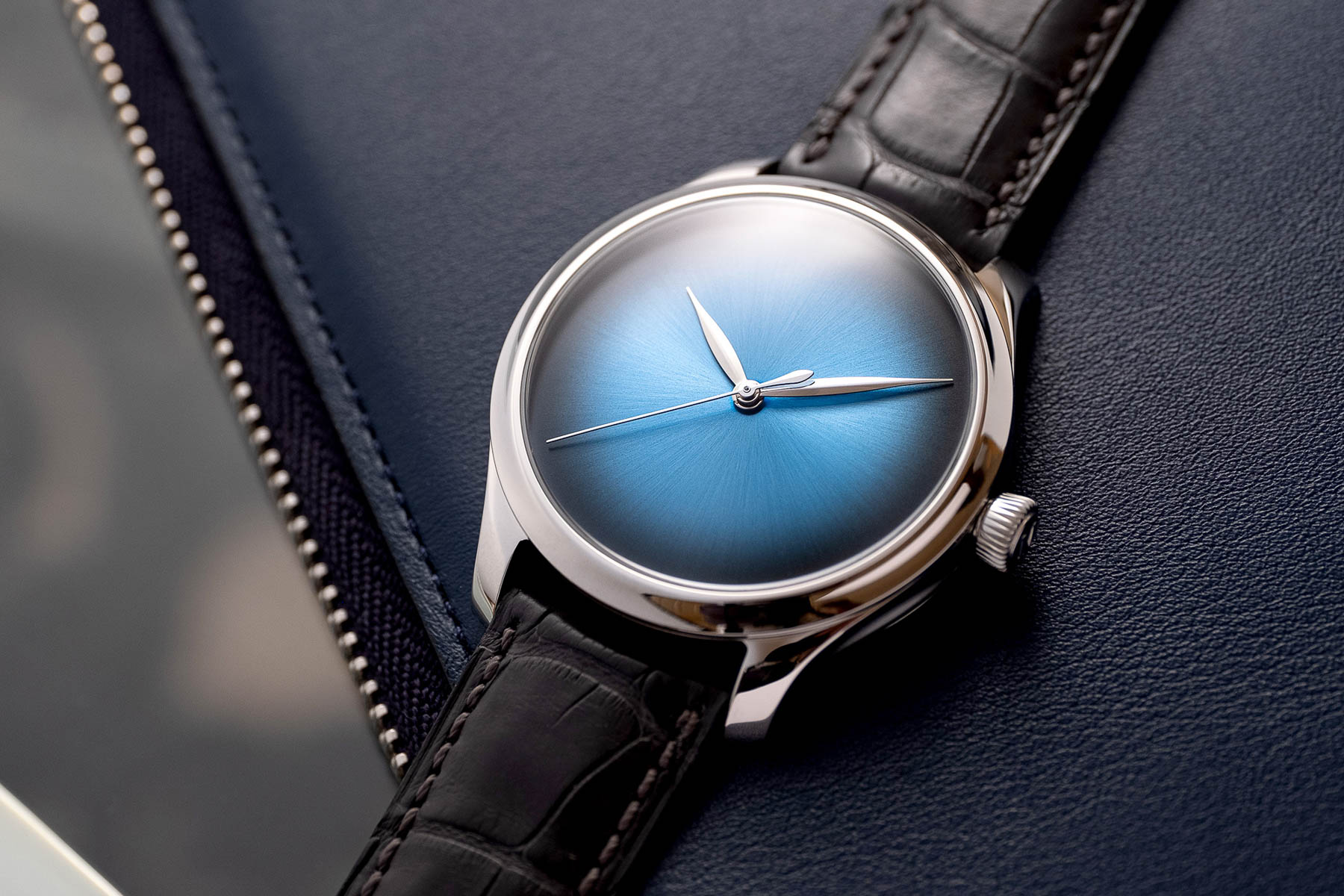 Feuille means “leaf” in French. These hands are elegantly minimalist, but their soft, sleek shapes will easily show any imperfections in the craftsmanship. Are they too dressy for you? We live in a sports watch-obsessed age in which the swoopy elegance of these dressy numbers is not a common sight. It’s a shame, as they do lend a dial an air of soft formality. The name comes from the broad, flat, and rounded hour hand, which mimics the organic shape of a plant leaf. Seen above are archetypical examples with a slight fold down the middle of their rounded shapes. Here, they are meticulously hand-finished to perform on the H. Moser & Cie. fumé stage of the Endeavour Centre Seconds Concept Blue Lagoon.

So, this has been Part One, Fratelli. Stay tuned for Part Two to see other hits like the sword and syringe hands. Let us know if you have any favorites already in the comments.