Composing a Best Of article is never an easy task. You need to have an excessive knowledge of the brand you are about to dissect. Model lines, various executions, and one-off pieces, if they exist, all have to be part of the pool you are choosing from. On top of that, one must keep in mind that Top XY or Best Of lists are subjective topics and, as such, need to be taken with a grain of salt. Well, I’m no Tissot expert by any means, but I’ve been a fan and collector of the brand for a long time now. So much so that when I was asked to compose this article on the best vintage Tissot watches, I was happy to take on the task.

My method was pretty simple: instead of focusing on my true favorites, which mostly come from one or two eras, I’d look at Tissot’s body of work in general. I tried to pick one piece from several different decades and expand the horizon on vintage Tissot. 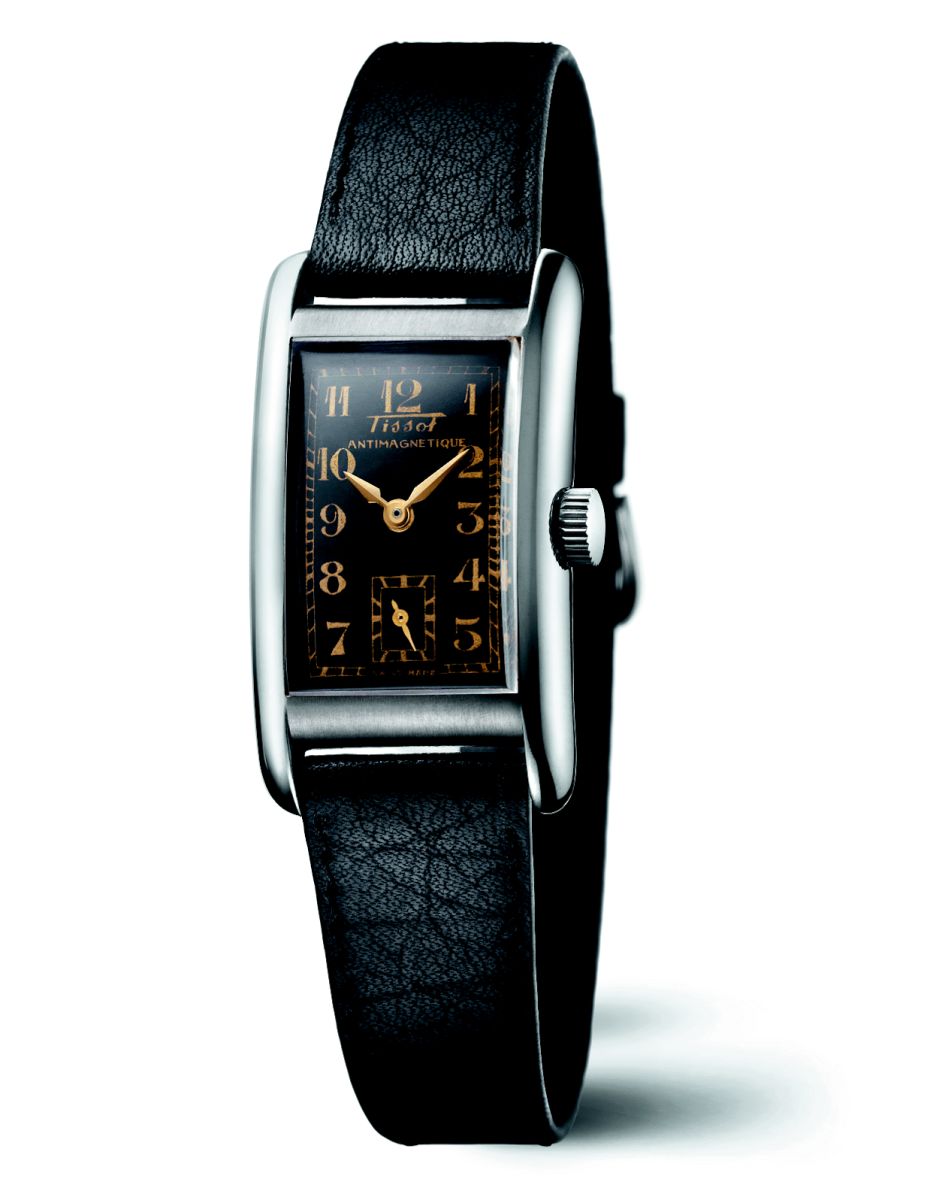 Our very first timepiece comes from the first half of the 20th century. Tissot had been in business for many decades (established in 1885) when in 1930, the brand presented the world’s first anti-magnetic watch, the aptly named Tissot Antimagnetique. A small, rectangular piece, Art Deco in style to meet the design expectations of the time, the Antimagnetique was the first watch of its kind in series production. As such, the Le Locle-based brand beat competitors like IWC, Rolex, or Omega, though their resistance to magnetism might be higher.

Nevertheless, for this achievement alone, Tissot wrote itself into the history book of the watch industry. But the best was yet to come. Tissot Antimagnetique watches are fun little timepieces. They usually come in round cases and are easy to find, even today. But keep an eye out for the rectangular Art Deco version with the black dial and sub-seconds register. It’s a beautiful, historically significant piece and a vintage Tissot gem for any collection. 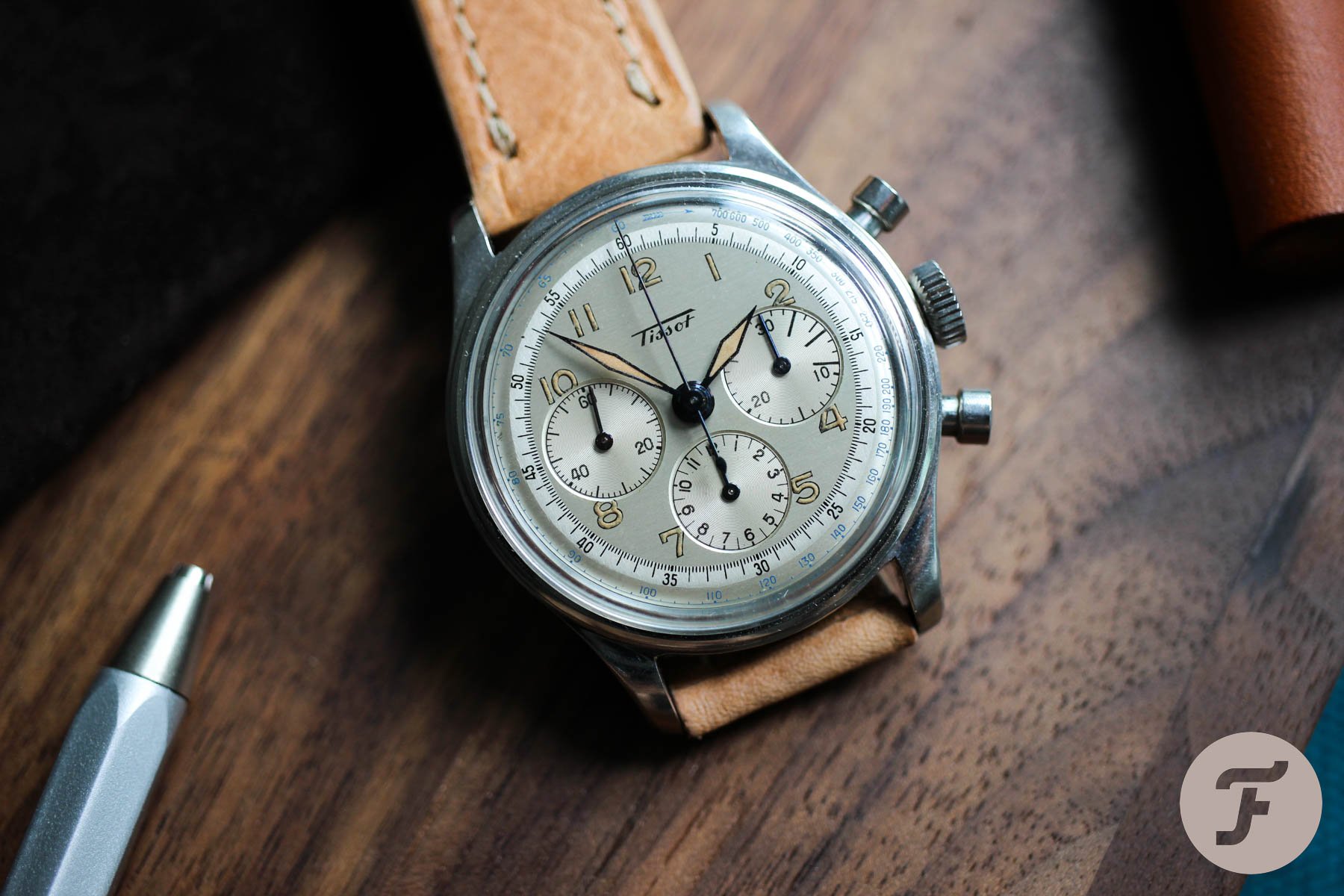 The same year the Tissot Antimagnetique came to the market, Tissot and Omega partnered up to create SSIH (Société Suisse pour l’Industrie Horlogére — Swiss Society for the Watch Industry). A few years later, in 1932, Lemania Watch Co. joined this association. The SSIH became something like a forerunner to the Swatch Group today. Each company had its own part in the alliance: Omega focused on the luxury segment, Tissot was responsible for the mid-tier price range, and Lemania became the exclusive movement supplier for many of the other two brands’ models. The second watch I’m picking for my list comes from the early to mid-1940s. It is the Tissot reference 6216, a small, 35mm steel-cased chronograph with beautiful big Arabic numerals and three sub-dials. The numbers, as well as the large sword hands, are radium-filled. And the watch is a thing of beauty if you ask me.

Suppose you see a watch that looks very similar but has Omega or Lemania on the dial. If you do, don’t be surprised. At SSIH, the brands shared many of their suppliers and, it seems, often their model designs. That could be the reason that you might see virtually the same watches from the other two brands. Omega’s model was reference 2451, and Lemania’s reference was 174. Another important feature worth mentioning is that the movement inside all three watches, including the Tissot, is the 27 CHRO C12 movement by Lemania. This same caliber served as the base for Omega’s iconic 321 caliber that went into the earliest Speedmasters, among other models. 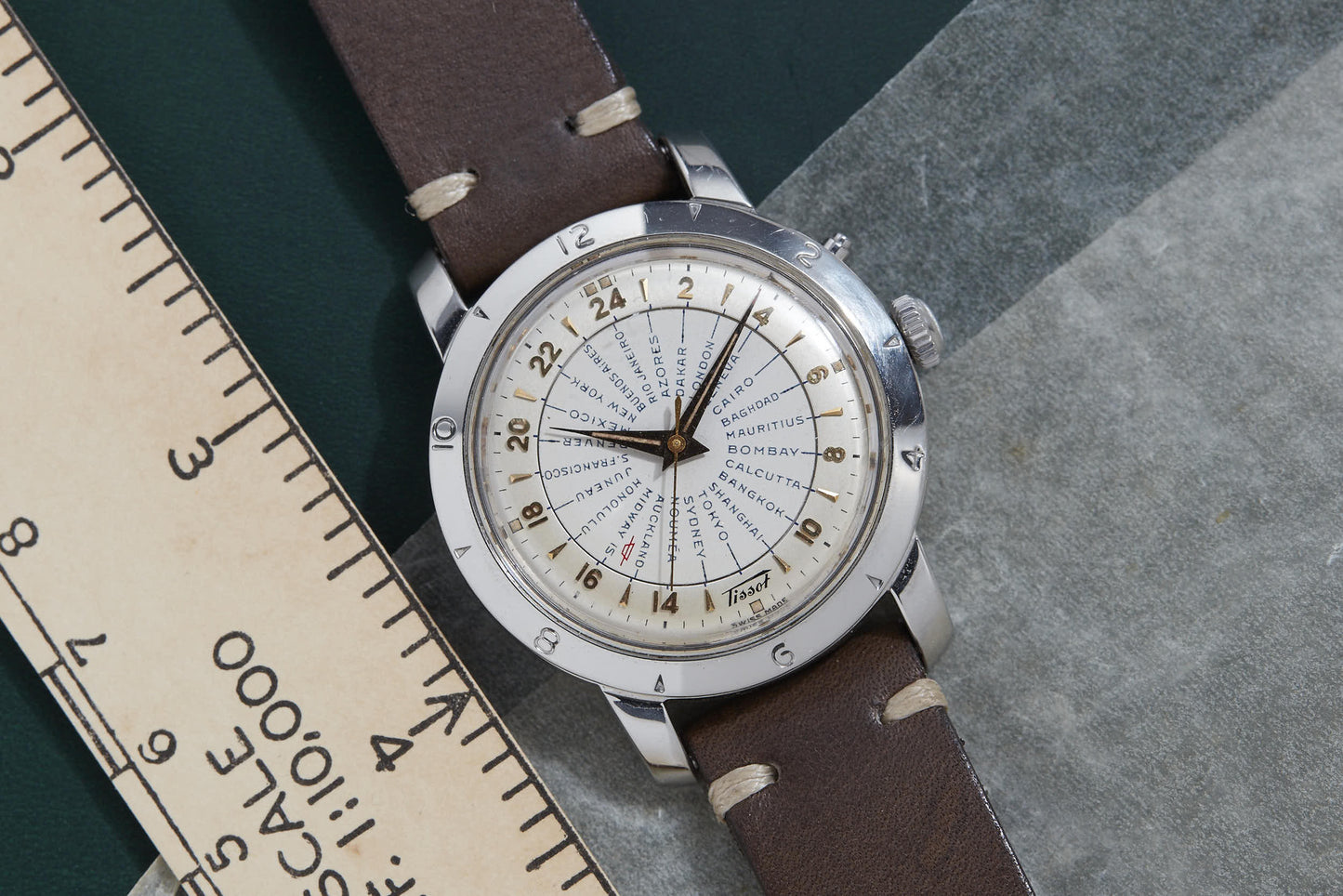 At the start of the new decade, in 1951, Tissot released an excellent and technically advanced model, the Navigator World Timer. You might have come across later Navigator models. Plenty came out in the late 1960s and early ’70s, which were large, often colorful chronographs. However, the Navigator I’m featuring was the first one, and what a unique watch that was. It is a smaller, 36mm steel-cased watch with a bumper automatic movement, caliber 28.5-N21. I cannot emphasize enough how important it was for Tissot to release the Navigator World Timer in 1951, making it the first automatic world-time wristwatch. Remember that the almighty GMT-Master’s first reference, the 6542, did not come to the market until 1954. And that was not a world timer, “only” a GMT. If you wonder what the difference is, look at this Tissot. 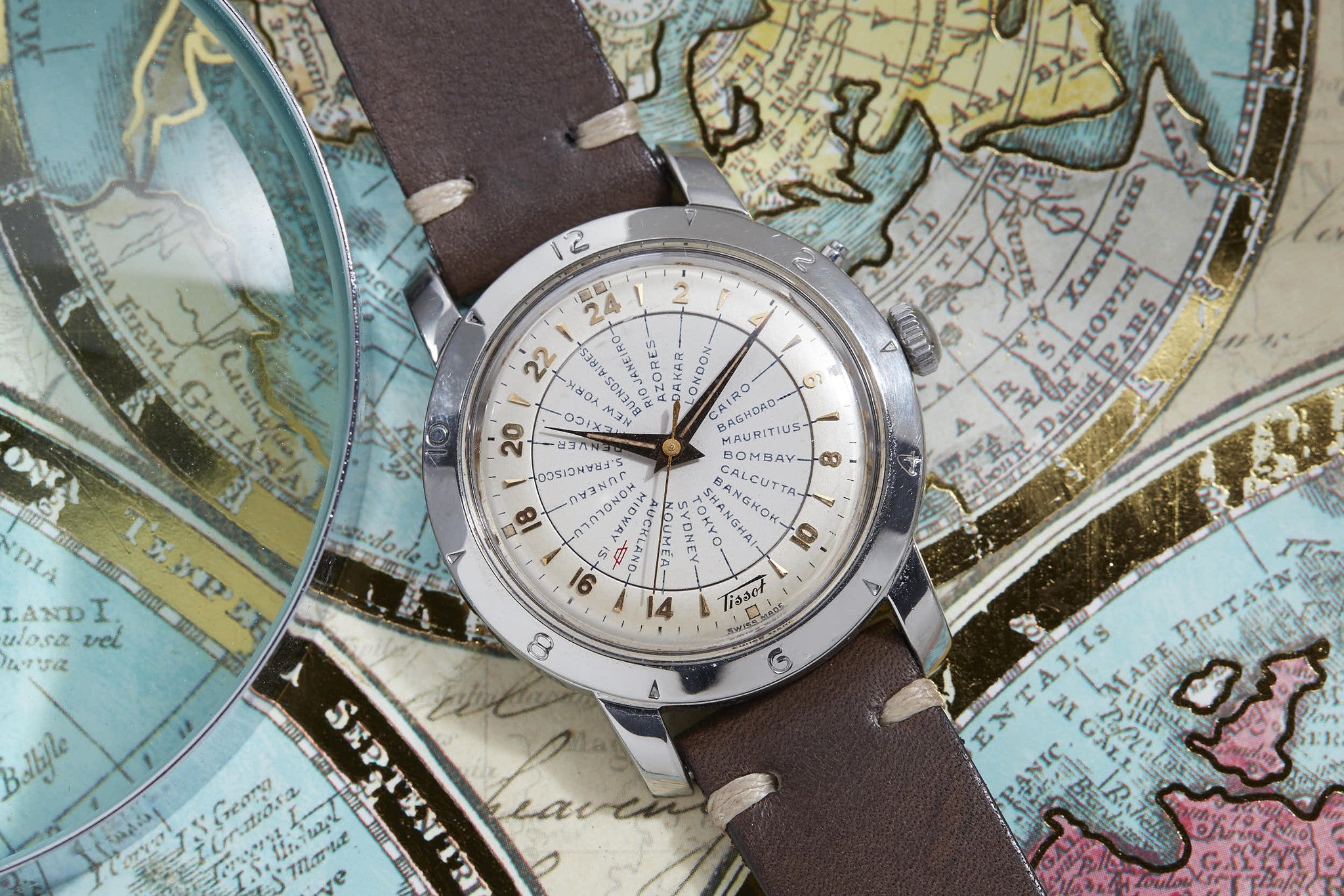 A regular GMT watch would only have an extra GMT hand, showing a second timezone along with the local time. Here, the dial consists of two parts. The outer portion is fixed and has a 24-hour scale. The inner dial has the timezones with a corresponding city on it, and it rotates once every 24 hours. Furthermore, the watch has a steel bezel for the local time. When traveling, the owner could set the watch to the current local time, and adjust the inner dial to keep track of time back home. Not to mention, 23 other timezones were always on display. That’s pretty ingenious for 1951 if you ask me. 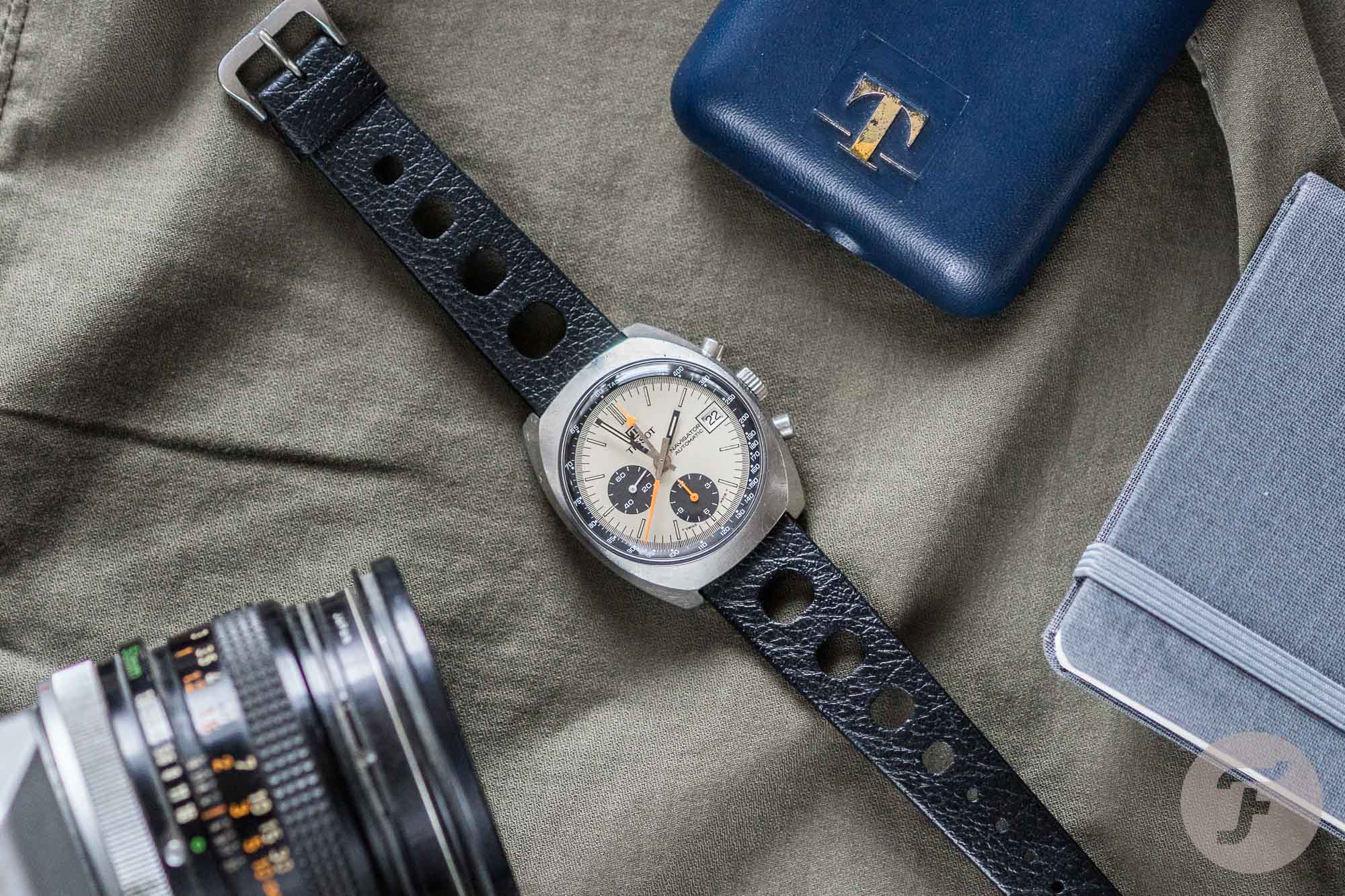 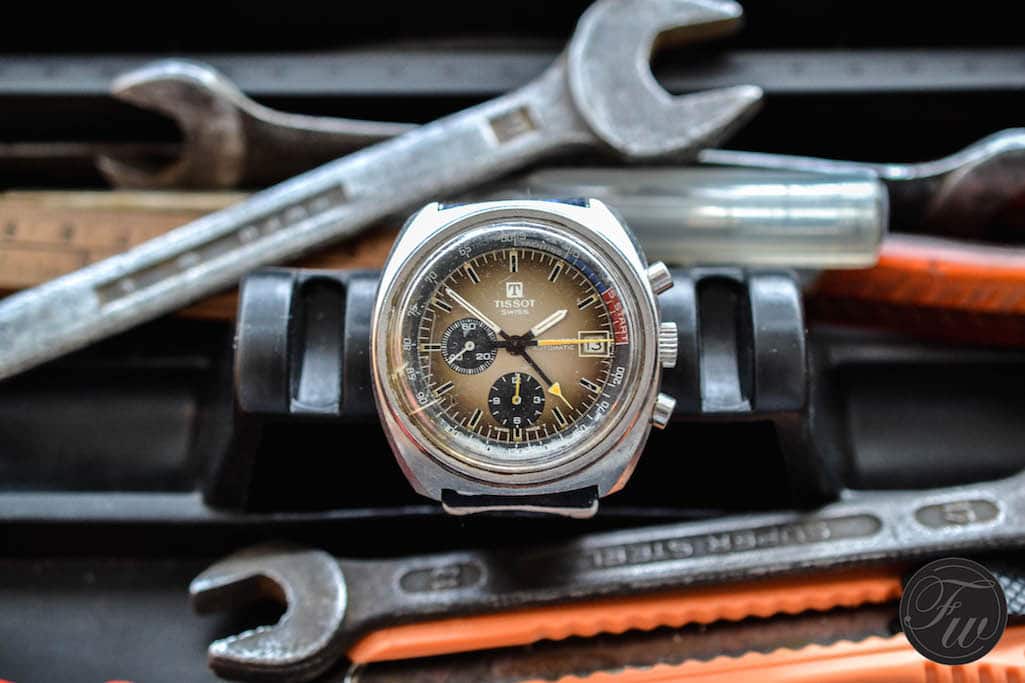 Back in 2019, Tissot decided it was time to bring yet another vintage-inspired model to the market. The brand did this several years prior with the Navigator World Timer, which you can still buy today. Tissot chose the reference 45501 with a panda dial for its connection to car racing. I knew that I would get the then-new Tissot Heritage 1973 Chronograph, and on a whim, I bought its vintage counterpart on eBay. The watch was in dire need of a service, so off it went to the spa, but sadly, it had not returned before my review was due. So, I ended up covering the new watch in one article and wrote a #TBT about the Tissot Navigator reference 45501. In conclusion, my pick does not only represent this watch but also any ref 45XXX chronograph from that era. These are all beautiful watches with a fabulous wrist presence and movement. 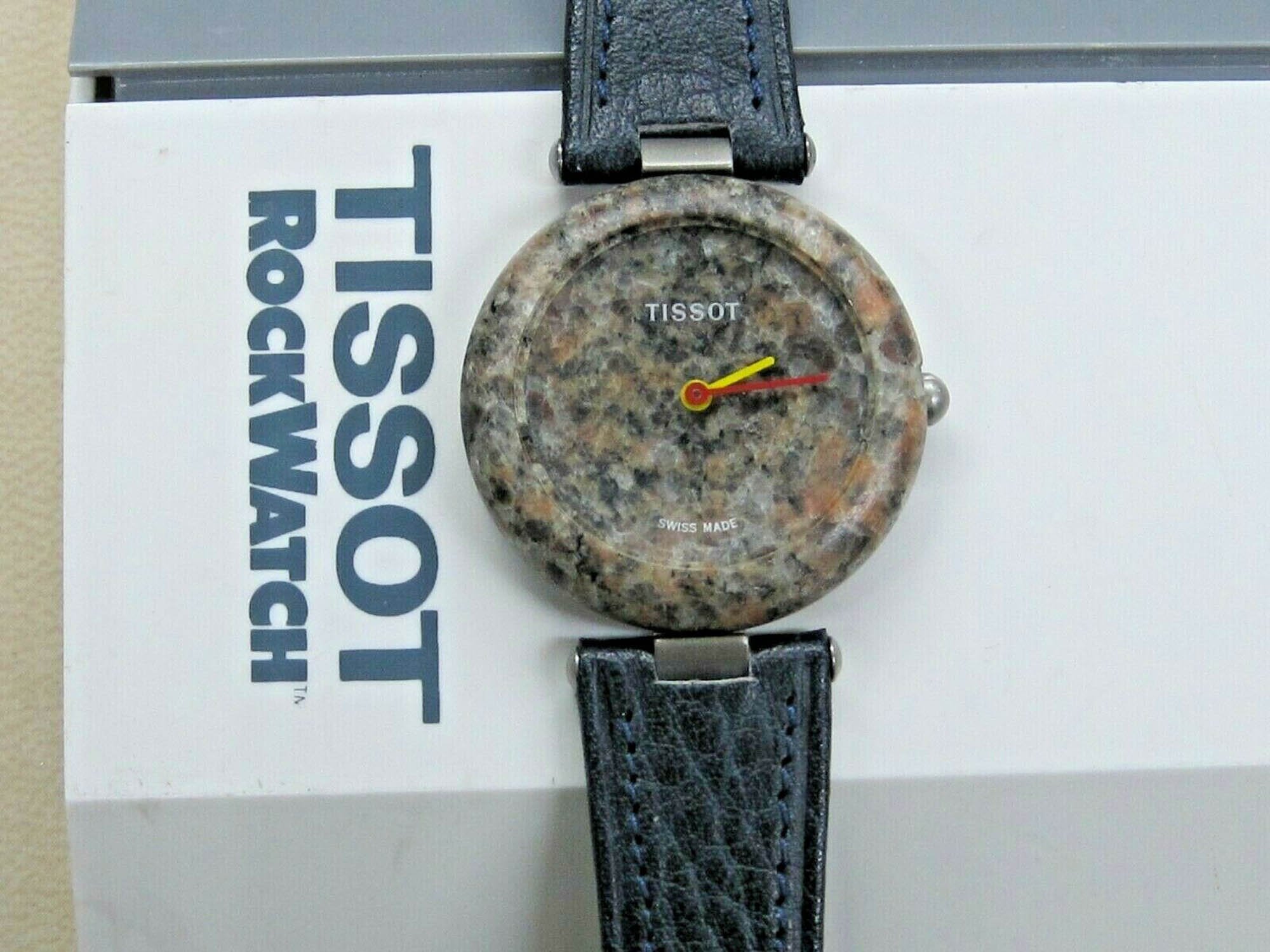 We can say many things about the 1980s, but it was not part of a golden era in terms of watch design. The pieces that saw the light of day for the first time in that decade were, for lack of a better word, stimulating. The ’80s is not my favorite decade in watch design, but we can still find a few models from each brand that stood out. For Tissot, the year was 1985, and the standout piece was the RockWatch. During the 1980s, the brands that had not succumbed to the Quartz Crisis a decade earlier were still struggling, and Tissot was definitely not immune to that struggle. The RockWatch, funny as it may sound now, was such a revolutionary invention that it saved the brand. People loved it, and orders flew in from all over the world. So much so that Tissot eventually had to create new jobs to meet the demand. 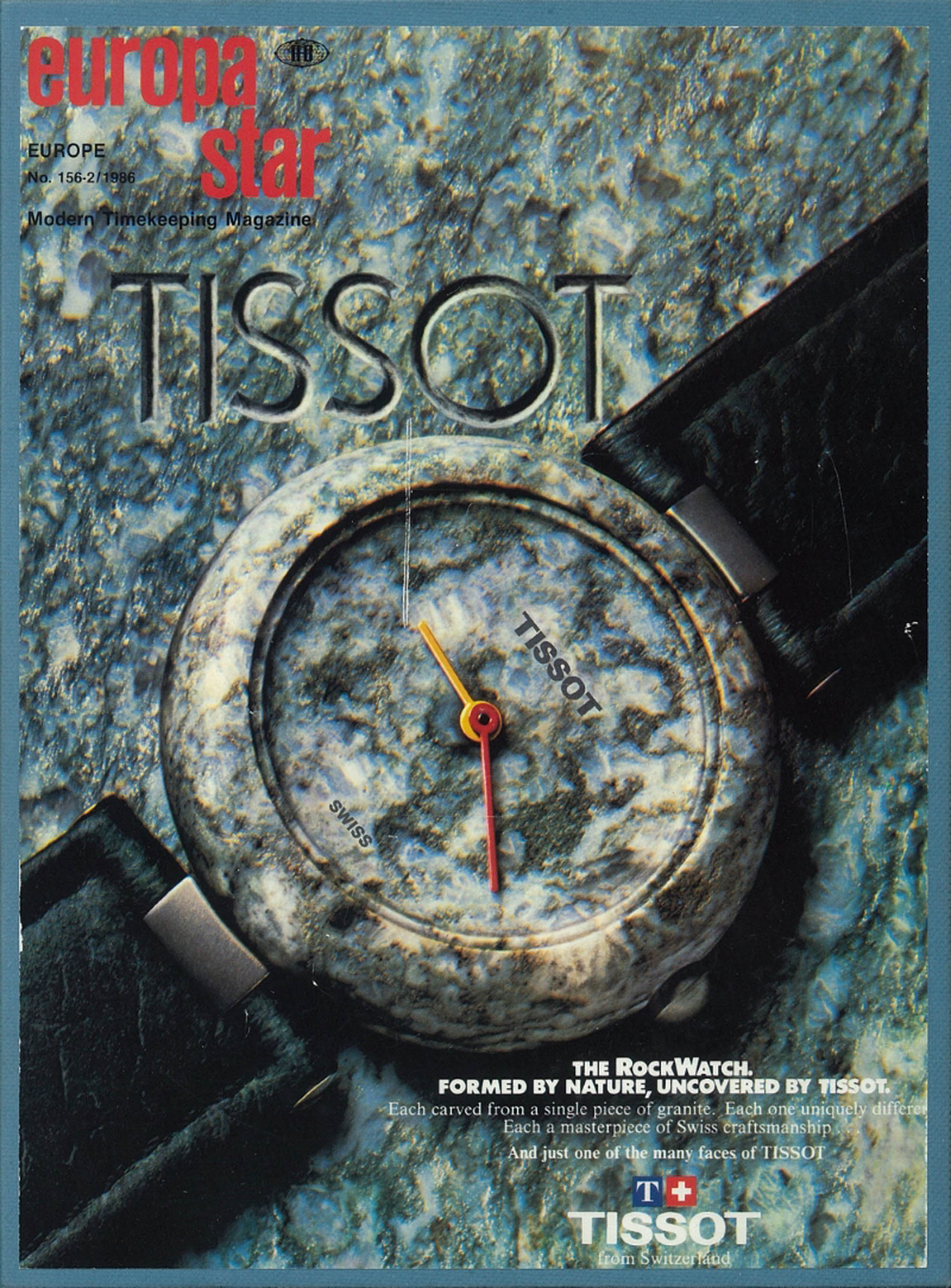 The RockWatch came in three sizes — 23, 30, and 33mm — as well as various stones. All of them housed a six-jewel ETA quartz movement. By modern standards, the timepiece can look gimmicky. It lacks the charm and class of pieces from the ’40s and ’50s. You also can’t find anything to match the daring, funky, and bold looks from the ’70s. Still, it was an overnight sensation that sold well worldwide. There was no question that I had to include in this list. 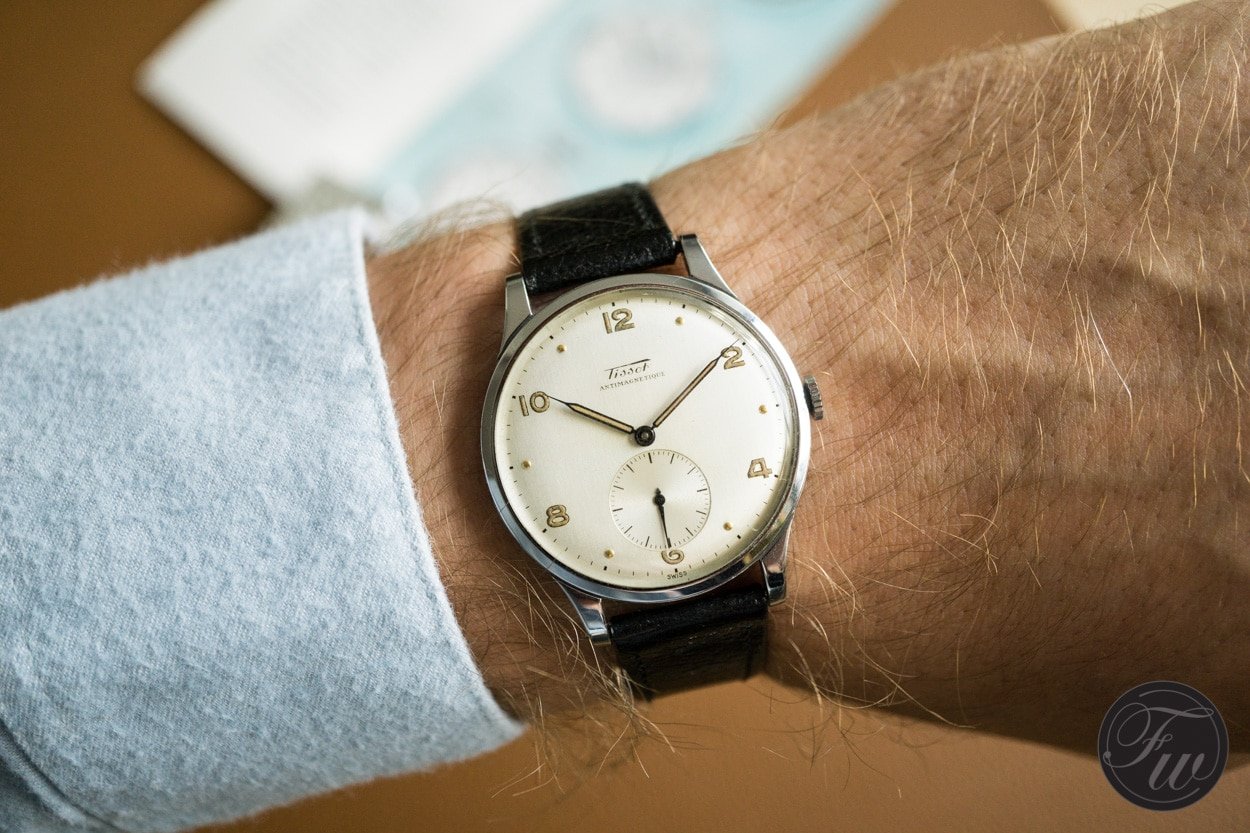 Tissot has so many models that we could fill up a book with them. Think of the PR 516 watches or the T12. Perhaps google the Tissot Sideral or Research Idea 2001, and let’s not forget about the various Seastar watches. These did not make it into this article, but who says we won’t do a Part Two? Until then, make sure you dig deeper into the beautiful world of Tissot, vintage or new (here’s the brand’s website to start). Let me warn you, though — it is a rabbit hole filled with magnificent timepieces.