The Beast Is Back: The Seamaster 300M Chronograph Ta/Ti/Sedna

I can’t express how happy I was to see this Omega release in our inbox. I’ve been waiting for this a long time, as the original Seamaster 300M Chronograph in tantalum, titanium, and rose gold from 1993 is one of my favorite “eccentric” watches. 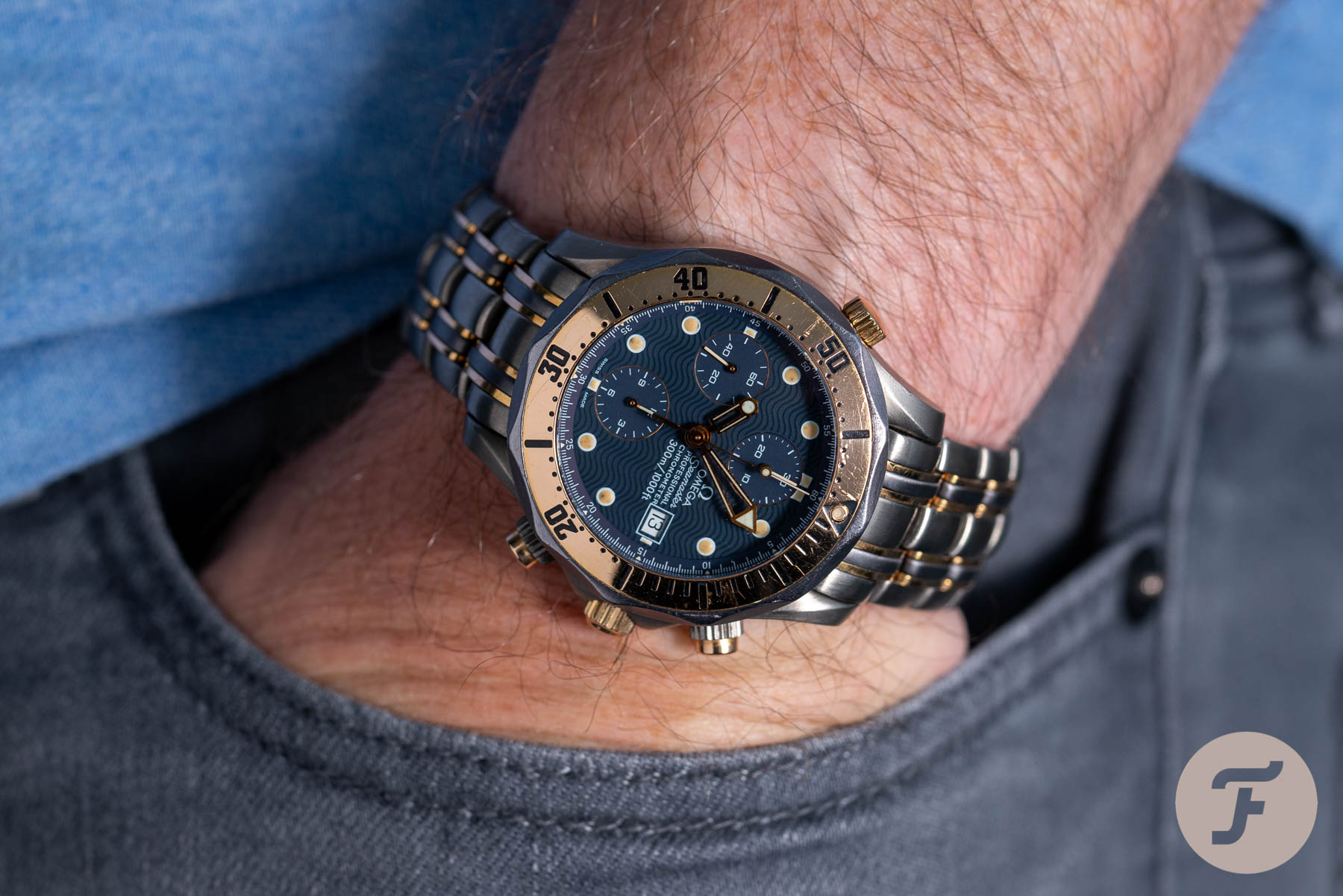 Soon after I purchased the full titanium Seamaster 300M Chronograph (2298.80), I decided my grail Seamaster 300M would be the version made of titanium, tantalum, and rose gold. A few years ago, I made the purchase. It turns out it was more than nostalgia talking. In fact, I wear it quite often.

When Omega released the new 300M collection in 2018, the brand also introduced a limited edition model in titanium, tantalum, and Sedna gold. Now, two years later, we’re being treated to the Seamaster 300M Chronograph in those three materials. And with the addition of a polished blue ceramic dial with laser-engraved waves. 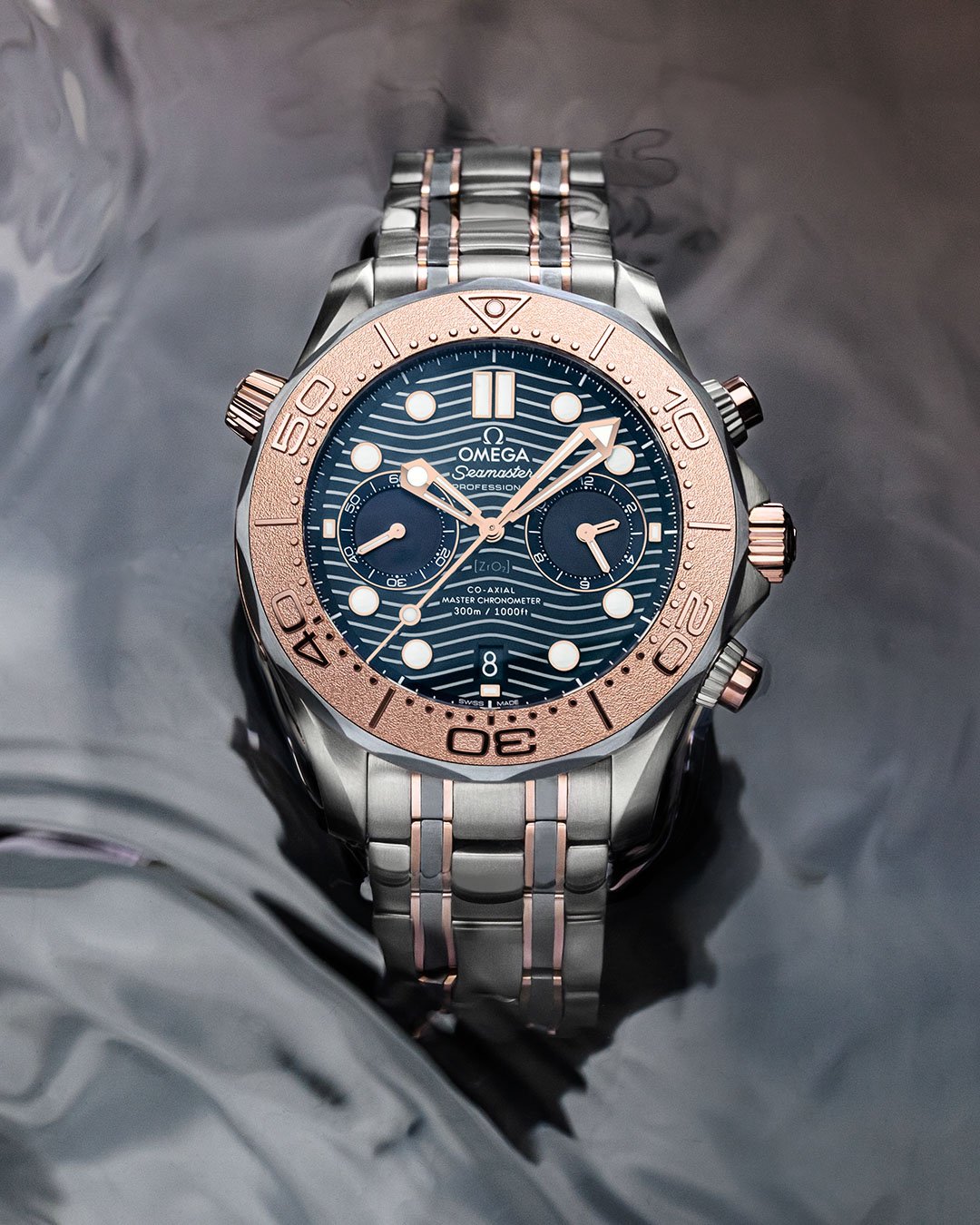 The three-handed version was quite nice (Mike reviewed it here), but I soon realized what I would like to see changed. Looking at my neo-vintage 1993 Seamaster 300M Chronograph in Ti/Ta/Rg, it is the dial that made the difference — the blue dial. This new 2020 version, with the same stunning combination of materials, has one! A good decision by Omega, it gives the watch a more sophisticated look, in my opinion. 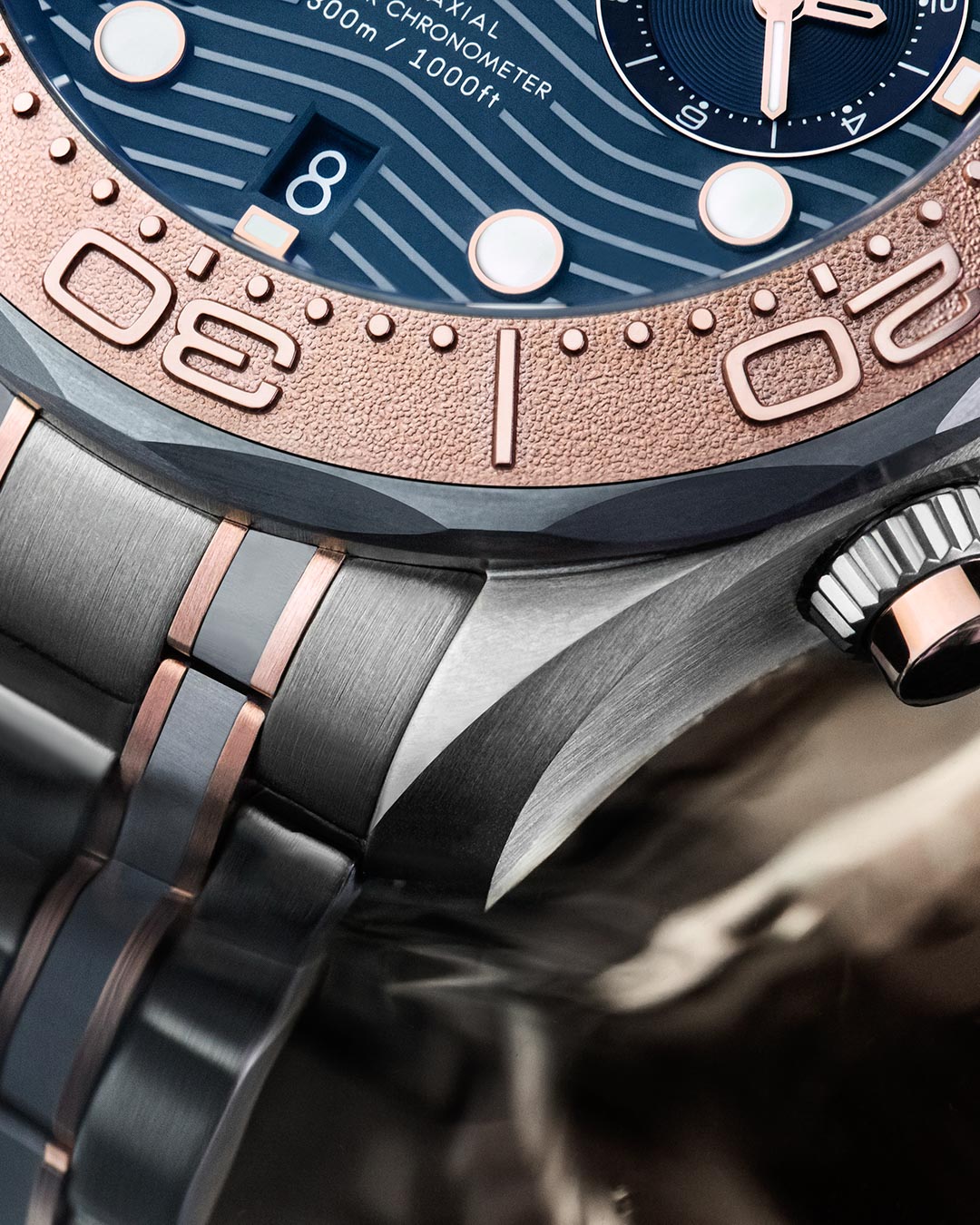 You are all familiar with titanium. Omega has been experimenting with this lightweight material since 1969. The first Seamaster 300M to be made of titanium was actually the chronograph model. However, Grade 2 titanium is but a bit-part player in this particular release…

The other material that is used for this watch is tantalum. This material was used for the very first time by Omega in the Seamaster 300M Chronograph 2296.80 that I have. Tantalum has this fresh color tone with a blueish hue. It gives a great contrast with the grey titanium and shiny gold. It is actually a slightly darker brother of titanium. Tantalum (Ta), like titanium (Ti) is non-magnetic, dense, ductile, very hard, and highly conductive of heat and electricity. It is really heavy though! Omega tried to develop a watch made of tantalum, but that turned out to have too much weight. As such, tantalum is often employed for design-centered purposes. 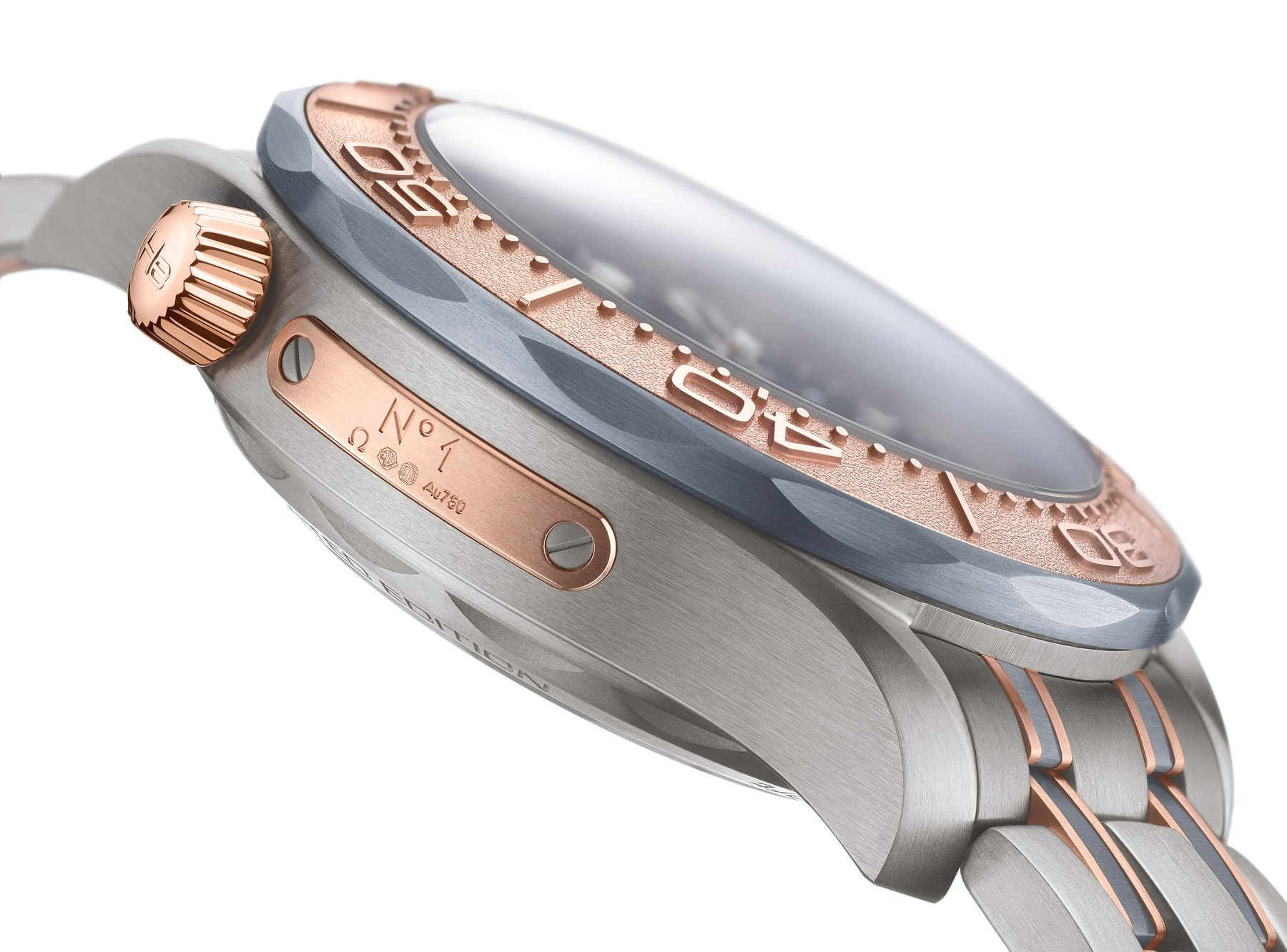 Tantalum is resistant to heat and is highly corrosion-resistant. It also hardly reacts with any other chemicals. This makes it ideal for use in laboratories, and for surgical and medical equipment. Because of its properties, it is also used for orthopedic implant material as it is resistant to body fluids and is non-irritating. Besides, it is also being used in all sorts of electronic equipment due to its high conductivity. But, Omega uses it for its beauty! 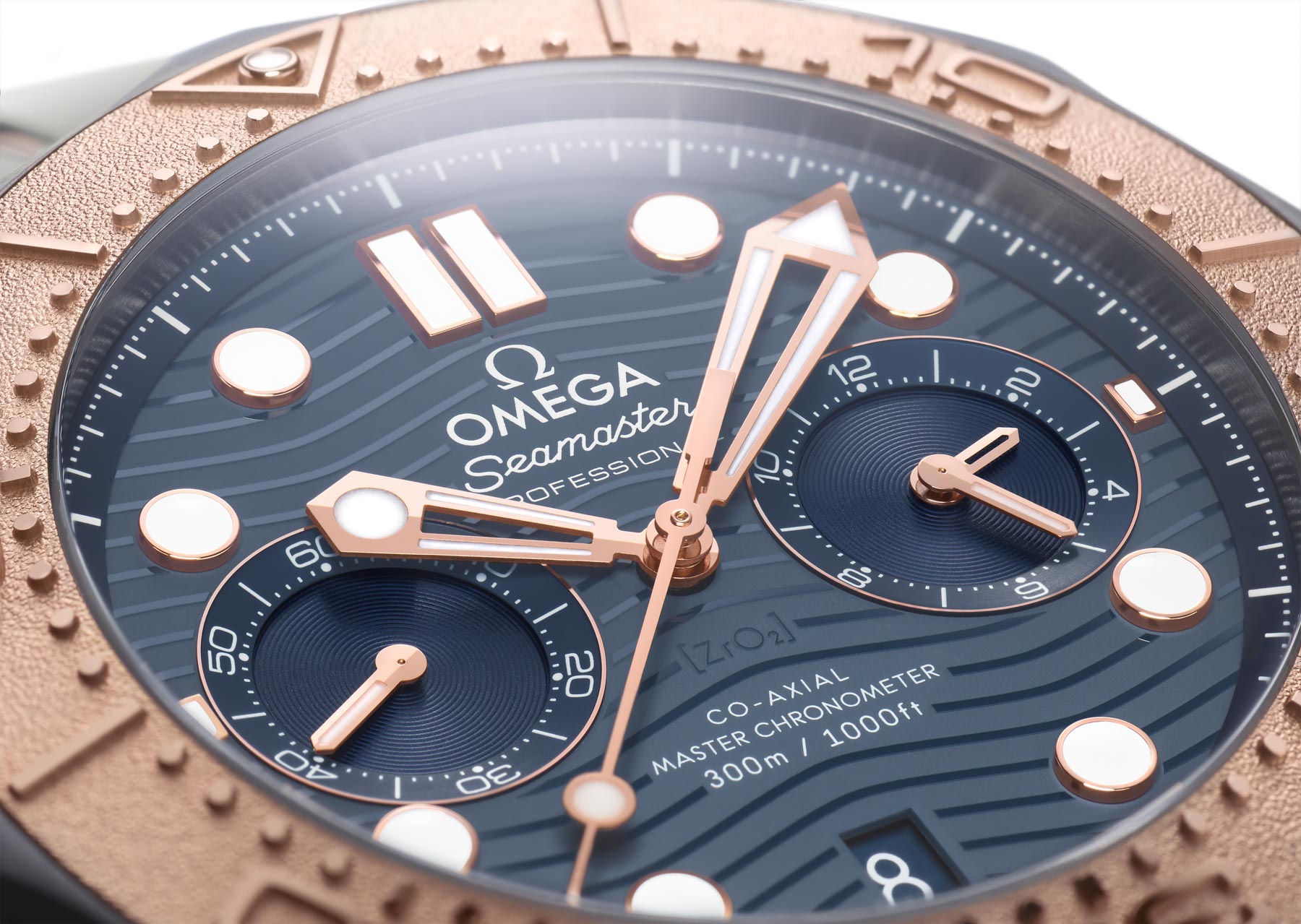 Omega also adds a bit of its own rose gold alloy to the mix, called Sedna. While my 1993 Omega Seamaster 300M Chronograph ref. 2296.80 uses conventional rose gold, the new edition uses Sedna gold. The red gold on my personal watch has started to turn slightly yellow again, this is a process that happens over time. Sedna gold, however, is long-lasting due to the blend of gold (75%), copper, and palladium. The name Sedna comes from a planetoid that is one of the reddest in the solar system. Omega introduced this alloy back in 2012 already, in a special version of the Constellation for its 60th anniversary.

The result of using these materials is what makes this Omega Seamaster 300M Chronograph so special. It is an interesting variation on the existing and recently introduced 300M Chronograph collection. This watch is certainly not for everyone though. Not this tantalum, titanium, and Sedna gold version, but also not the “regular” steel model. The original 1993 model is not regarded as big or bold anymore, especially not since diameters went up quite a bit in the last decade. I remember deciding between the steel Seamaster 300M (2531.80) and the chronograph version, in the year 2000. The chronograph version was heavy, my cuff didn’t fit over it and it was clunky. How different is my perception of that watch today! 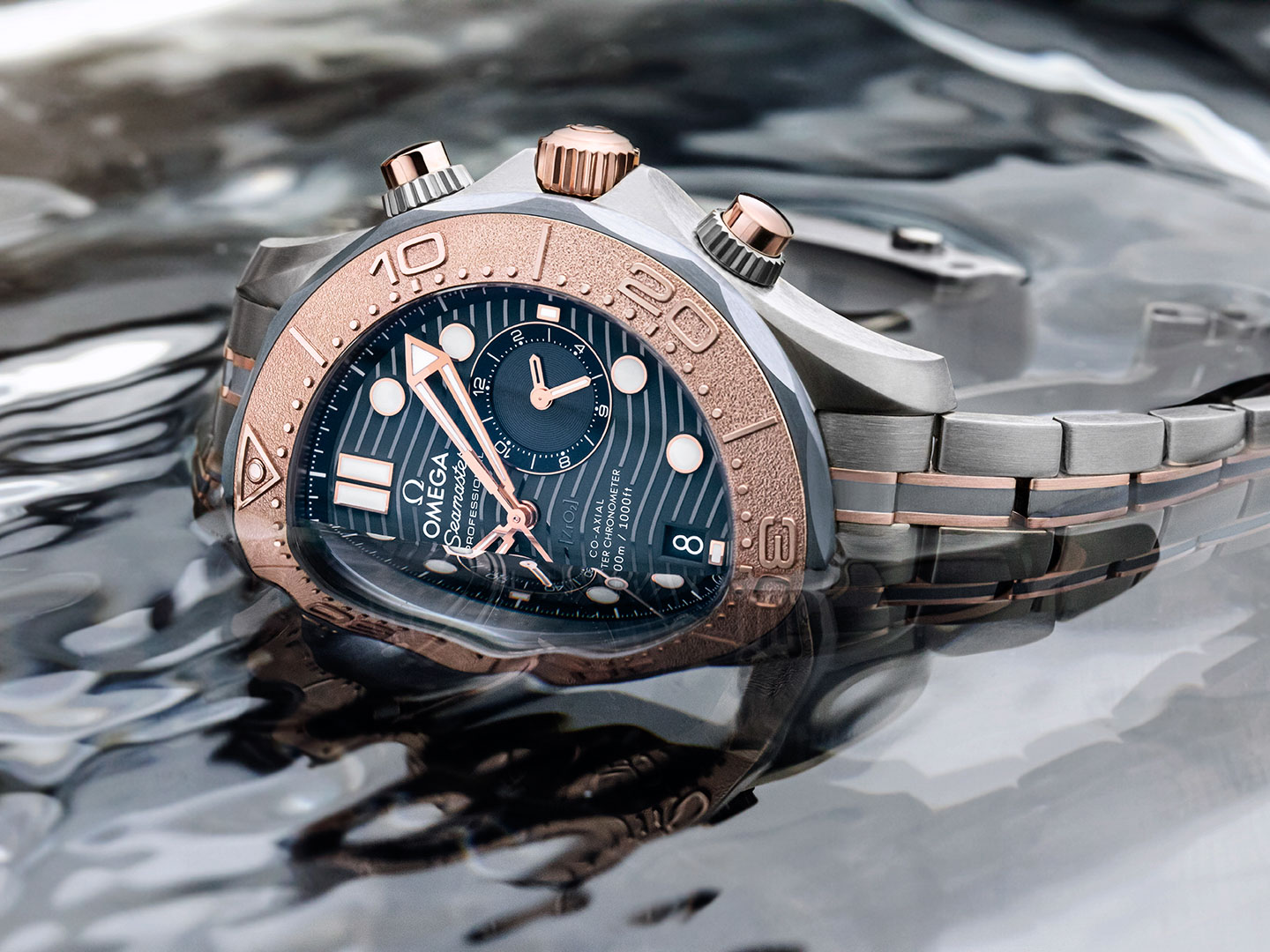 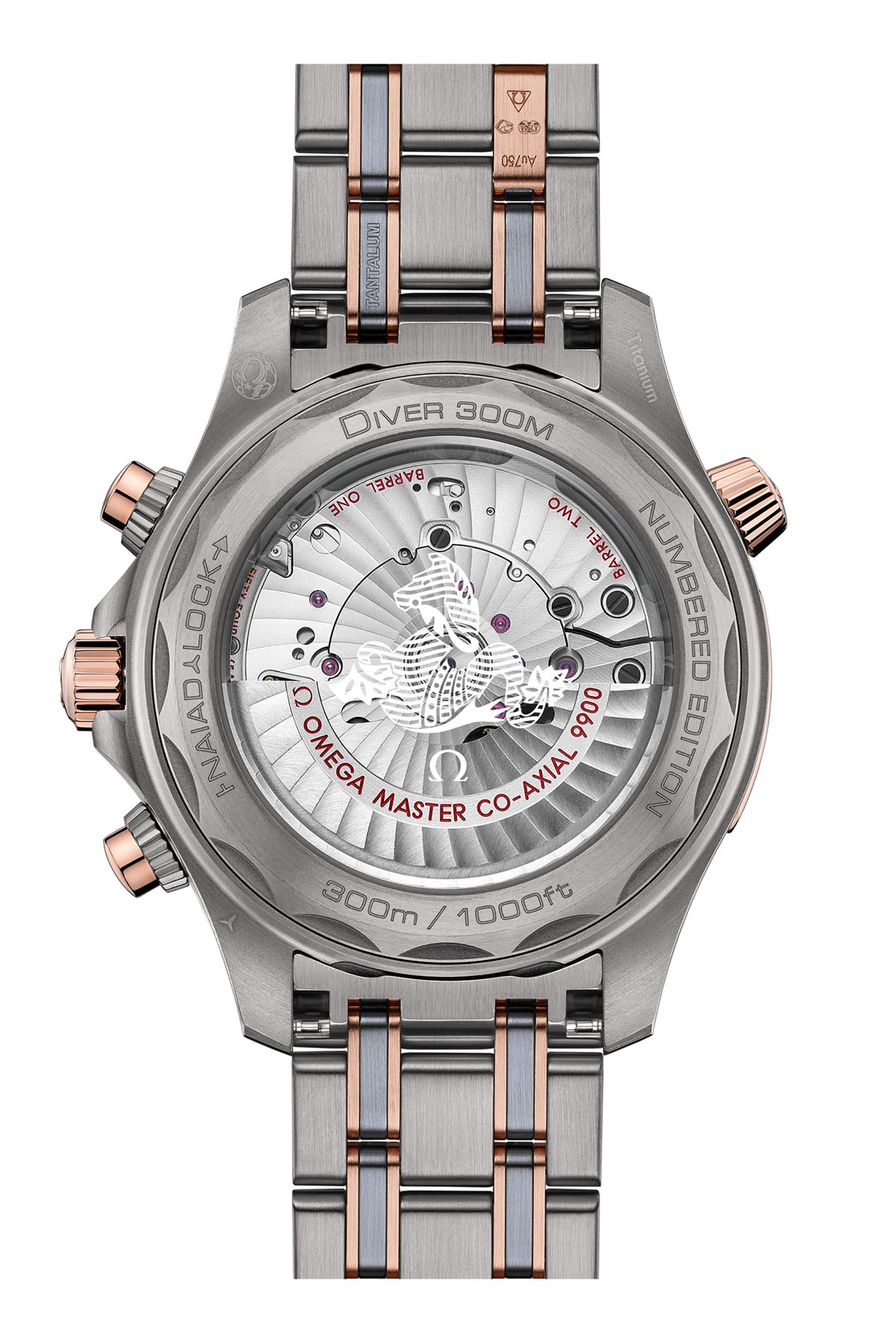 Where the original Seamaster 300M Chronograph still used a modified Valjoux 7750 (dubbed Omega caliber 1154 and from 1995 onwards caliber 1164), this new beast has Omega’s in-house developed and manufactured caliber 9900. A column-wheel chronograph with a Master Chronometer certification (by METAS). Meaning that the chronometer movement was tested again by the METAS organization after it was cased, against much stricter standards. Besides being anti-magnetic to > 15,000 gauss, the accuracy is also between 0 and +5 seconds per day on average. 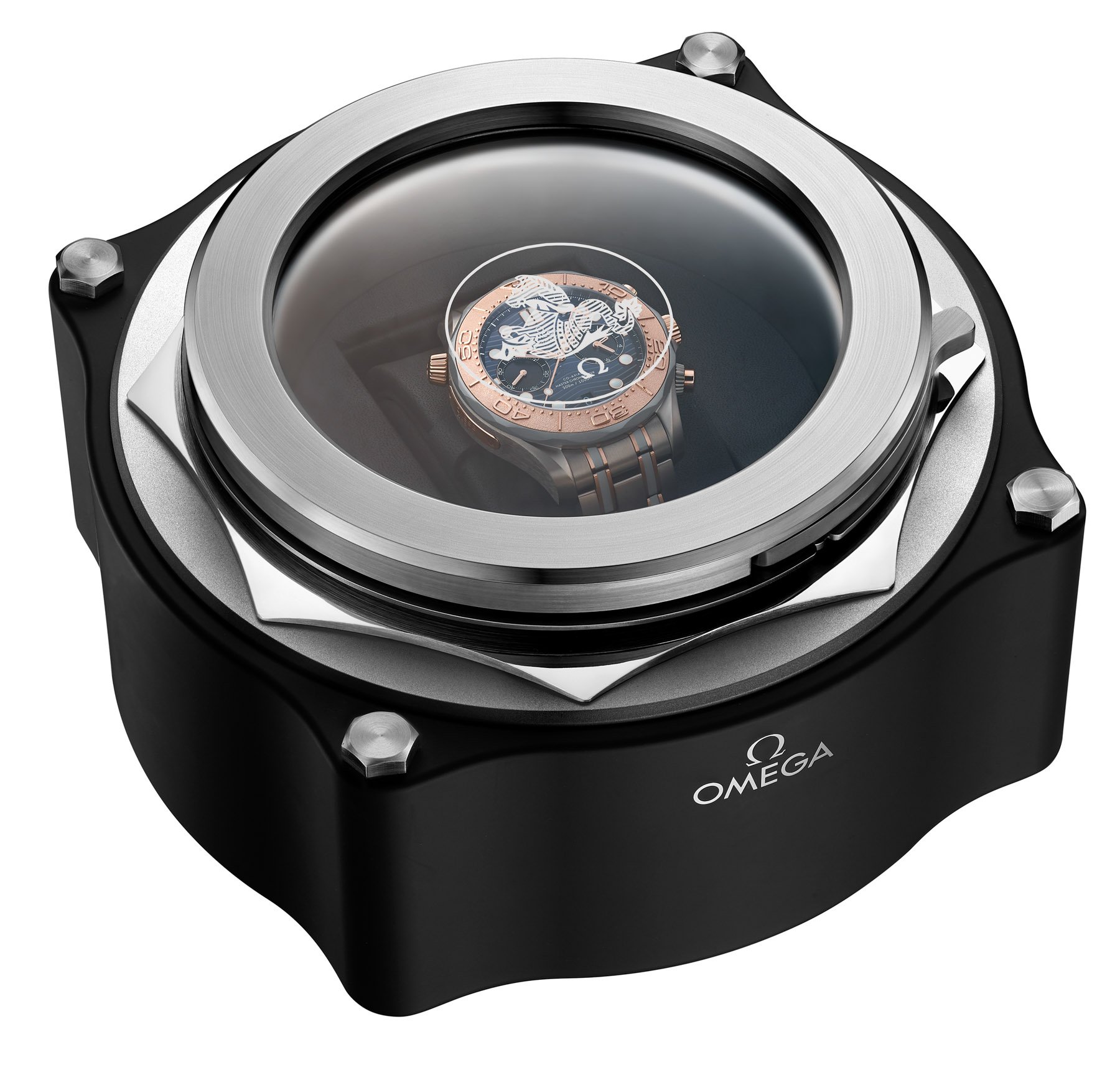 This watch doesn’t come cheap but neither did the 2296.80 but those were different times anyway. To me, this is the most special version of the Omega Seamaster 300M Chronograph models, due to this very specific combination of materials.

Hot Topics
Introducing: The Omega Speedmaster Super Racing With Spirate System
165 comments
Design Vs. Specs — Which Is More Important To You When Buying A Watch?
87 comments
New Release: The Limited-Edition Seiko Prospex SLA067J1 Diver
63 comments
My Predictions For New Omega Speedmasters In 2023
60 comments
The Best Independent/Microbrand Alternatives To The Rolex Explorer In 2023
52 comments
Popular
#TBT A Vintage Seiko Buyer’s Guide to Affordable Goodness
Michael Stockton
32
Hands-On With the Seiko Prospex SRPC91K1 – Save The Ocean
Robert-Jan Broer
15
You Asked Us: Rolex or Tudor
Gerard Nijenbrinks
9