What is that defines an underrated watch?
Gerard Nijenbrinks
comments 38
Share

Every year, we see watches not getting the attention we think they deserve. In 2021 again, some watches were underrated. But what does that mean — underrated, underestimated, or undervalued? These words all seem to indicate that a watch is not appreciated highly enough. But in what sense? Are its technical specifications on a higher level than is generally believed. Is its price lower than the actual product is worth? Or could it be that people just don’t value the watch due to its appearance?

Looking at the reader numbers of the articles about the following watches, we could tell that these watches weren’t very much in demand this year. Let’s start with what is, in general, a popular watch model, the Omega Seamaster Diver 300M — this variation of which didn’t get much applause. 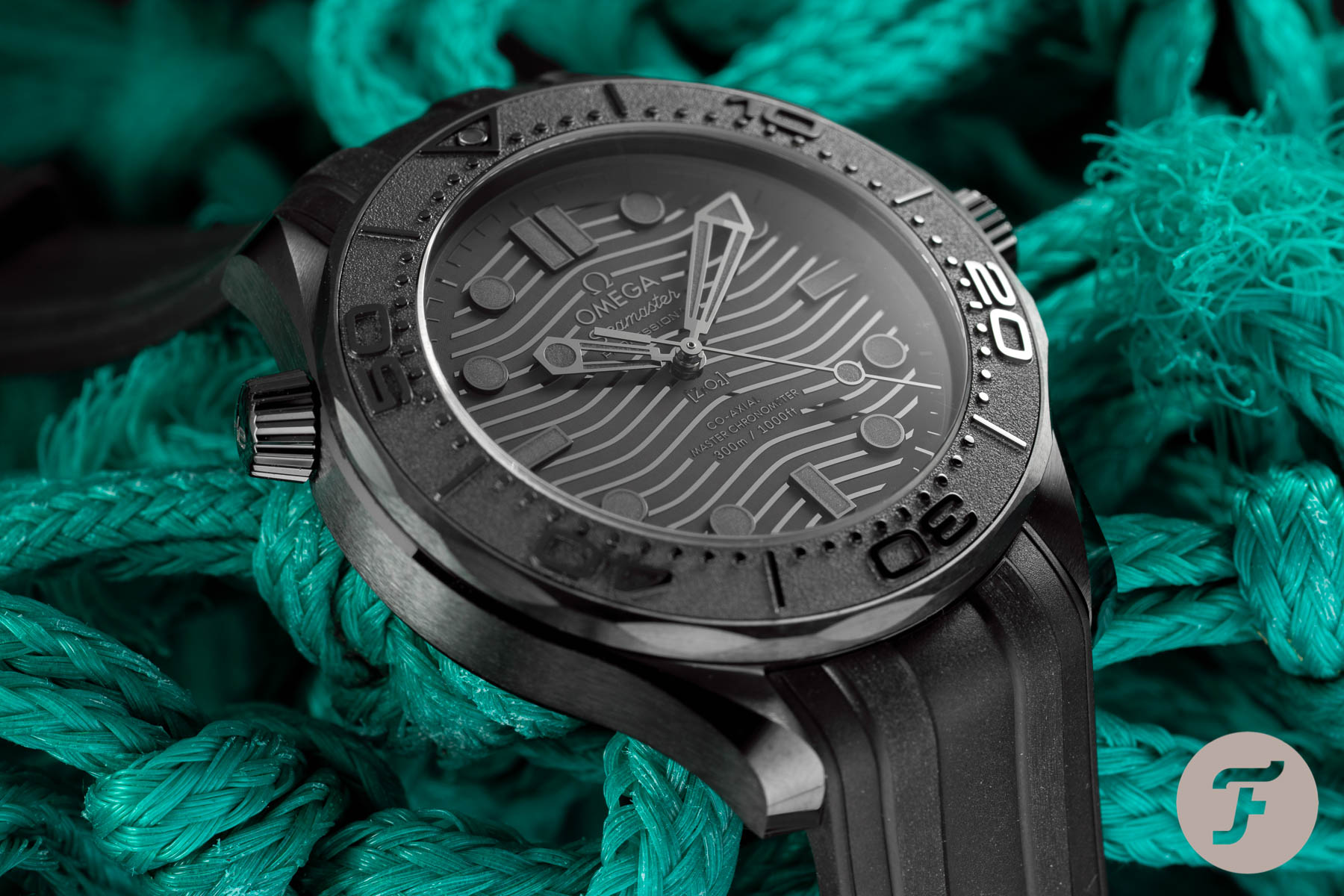 You might or might not like all-black watches, but for its technical specifications alone, this watch deserves more credit than it got. Omega often brings many innovations and modern watchmaking techniques together in one watch. The Seamaster 300M Black Black is a result of that, as it has a few new “firsts” — the fully ceramic crowns, for example. Both the helium valve and the winding crown are made from ceramic. That is new. The blacked-out ceramic bezel with anti-fingerprint technology is new as well. There are only a few things more annoying than fingerprints on your watch, and Omega solved this issue by applying a specific laser-ablated surface texture to the ceramic bezel.

Laser technology, seen utilized in the bezel and the dial, has also been used to create the circular finish on the case back. This makes the lettering more readable. The Seamaster 300M Black Black case back uses the NAIAD lock system, ensuring the engraved text stays at a fixed position. I want to be honest; this watch is not one that I would have picked from a catalog or based on pictures online. However, on the wrist, the Seamaster 300M Black Black certainly has a presence that I like. Therefore, in combination with its high-tech specs, I think it’s underrated and deserves more credit. 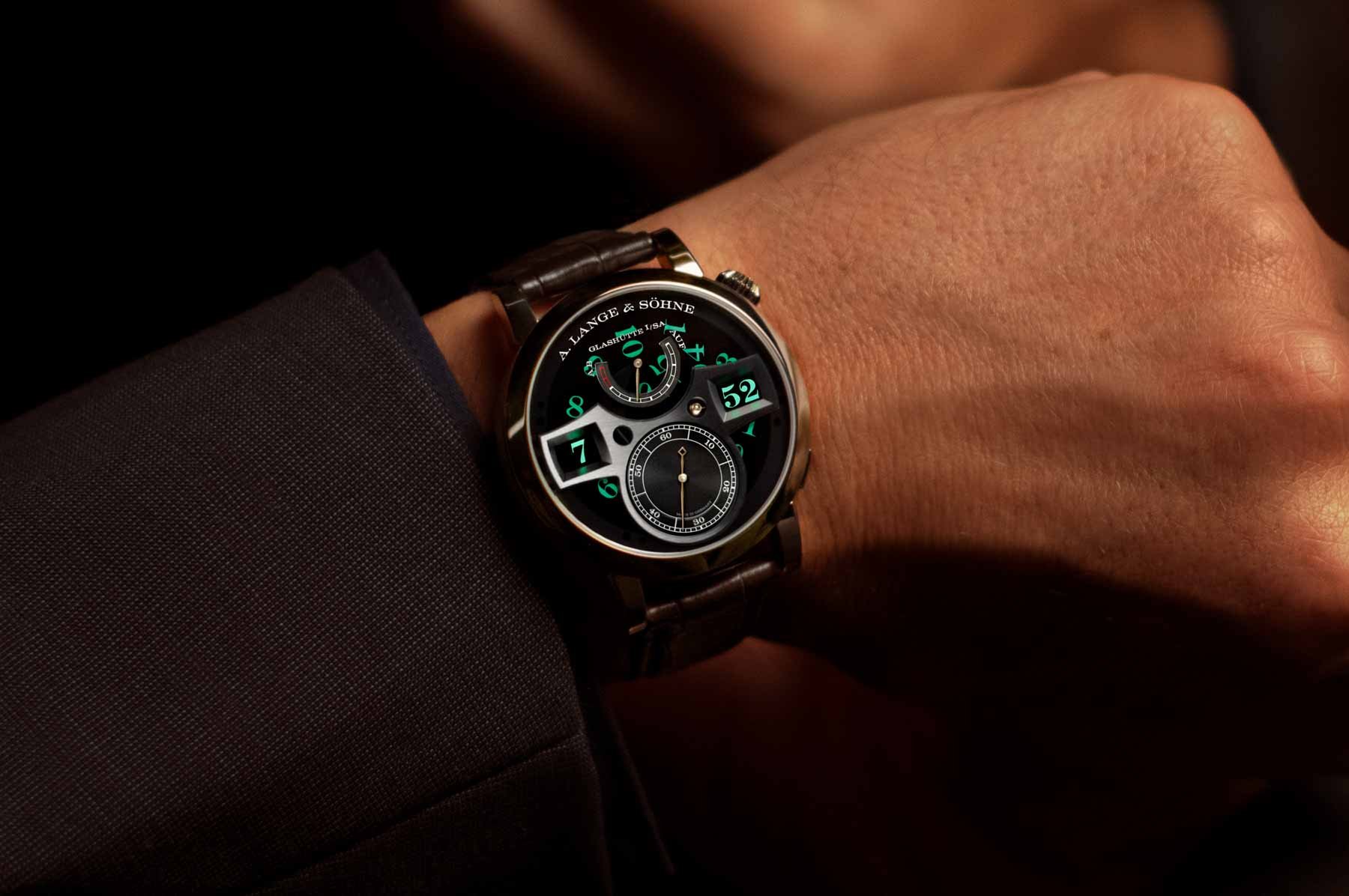 Although Rob wrote that this A. Lange & Söhne Zeitwerk variation should break the internet, it didn’t. People didn’t dig the combination of playful lume and a legendary masterpiece. Or perhaps they didn’t like Honeygold as the case material for the Zeitwerk. The Zeitwerk indication in combination with the “lumen” concept wasn’t accepted. Or, or, or… There’s so much going on in this watch, it just might have been too much of a good thing. The Zeitwerk construction is well regarded in the watch world. Honeygold is a beautiful material for high-end watches. And the lumen functionality is highly appreciated in general.

But it seems that all this beauty combined wasn’t what watch lovers expected or admired. While we’ve seen successful Lange models with only one of these variables, the A. Lange & Söhne Honey Gold Zeitwerk Lumen fell flat — at least amongst our readers. I must say, however, that I do like this variation of the Zeitwerk very much and was sad to see it being so underrated. 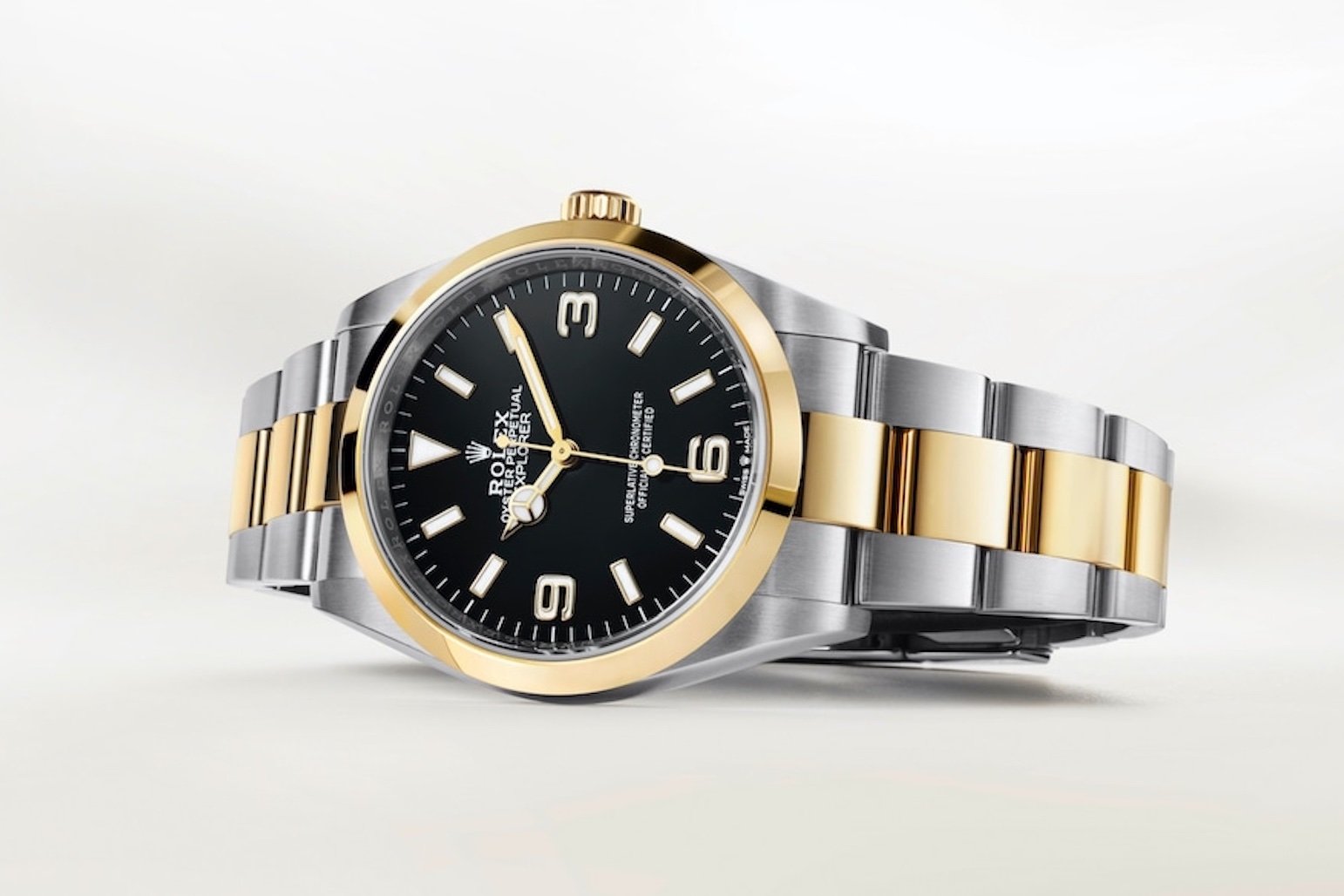 The year 2021 saw a bi-color Explorer, an all-time first in the history of Rolex. The Explorer had always been one of the few Rolex watches available only in stainless steel. After seeing another one, a bi-color Sea-Dweller in 2019, the Explorer was sacrificed this year. While any Rolex article is good for high reader numbers, the introduction article of the Rolex Explorer in Yellow Rolesor was not. Although people were glad the size for the Explorer went back to 36mm, the two-tone execution was less convincing. Comments like, “It looks like a watch you have to buy in order to buy the watch you want,” and, “It looks like an ’80s Datejust,” could be heard. It was even said to be a total lack of respect for the model’s legacy.

It could be all true, but in a way, I like this new Explorer. Sure, the bi-color Explorer didn’t make it to Jorg’s Top 7 Best Bi-Color Watches article, but hey — that was Jorg’s list! It might be that I indeed like the looks of an ’80s Datejust, or just think that certain watches just look better in two-tone (which I do). But anyway, I don’t believe that this new 2021 Explorer should have a place on this list of underrated watches. It’s too good for that. 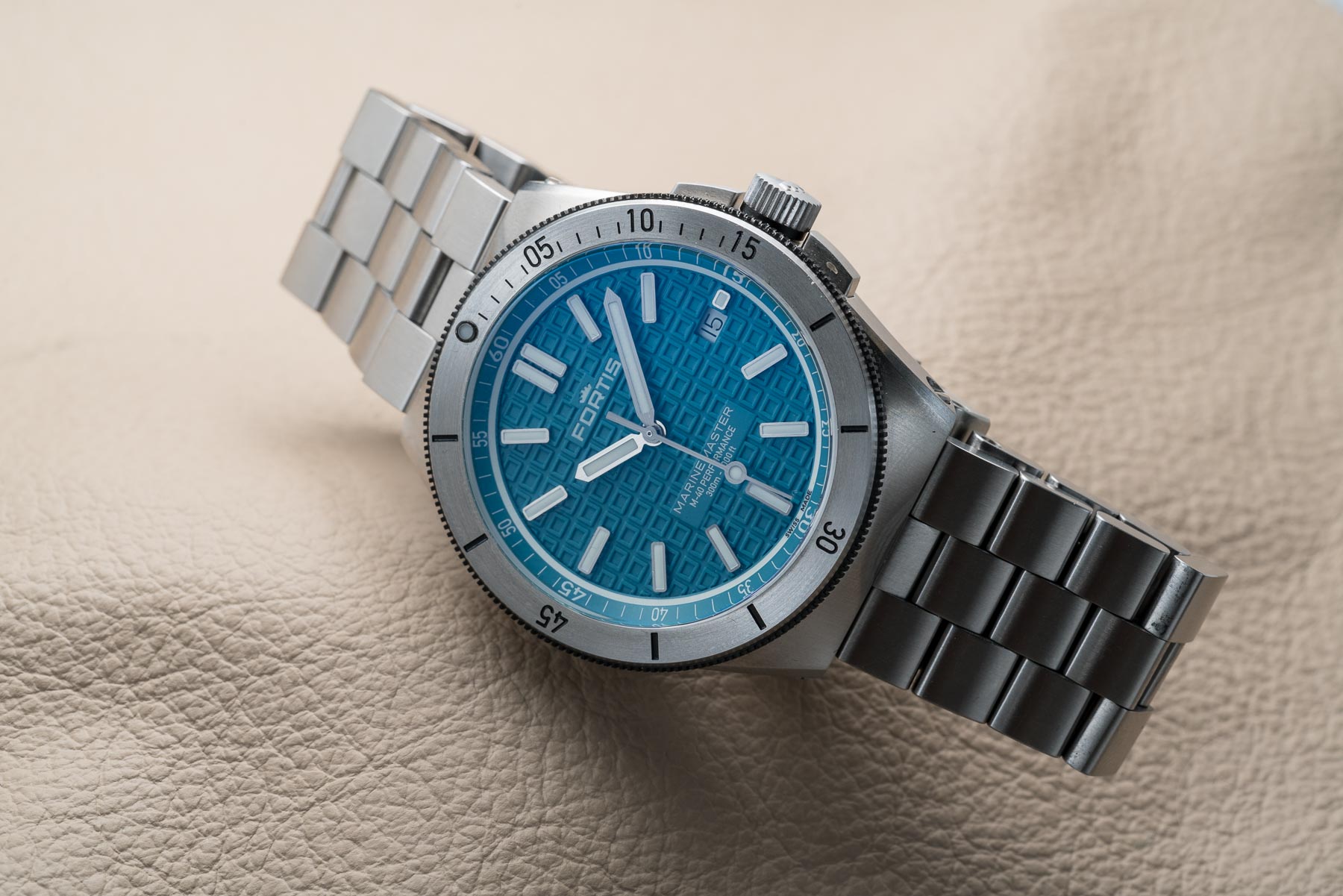 One might not directly link dive watches to Fortis. And one might not directly link the name Marinemaster to Fortis either. But as far back as the 1970s, rather than being a distinct model, Fortis used the Marinemaster nomenclature to denote that the watch was waterproof. One of the most popular Marinemasters was the ref. 6237 from the ’70s, famous for its colorful dial and Super Compressor case. But that’s another story. Except for two reissues of the previously mentioned reference, one in 2002 and the other ten years later, we didn’t see many dive watches coming from Fortis. The brand is mainly known for the Russian space connection and pilot’s watches.

And that might be the reason that the launch of  Marinemaster M-40 wasn’t quite as successful as, I assume, Fortis hoped. Although the Marinemaster M-40 and its bigger brother (the M-44) are very nice watches, the Fortis clientele might not have expected a dive watch from the brand. And as for the Marinemaster name, I checked, and I’m sure Fortis did too; it isn’t officially linked to or copyrighted by Seiko. 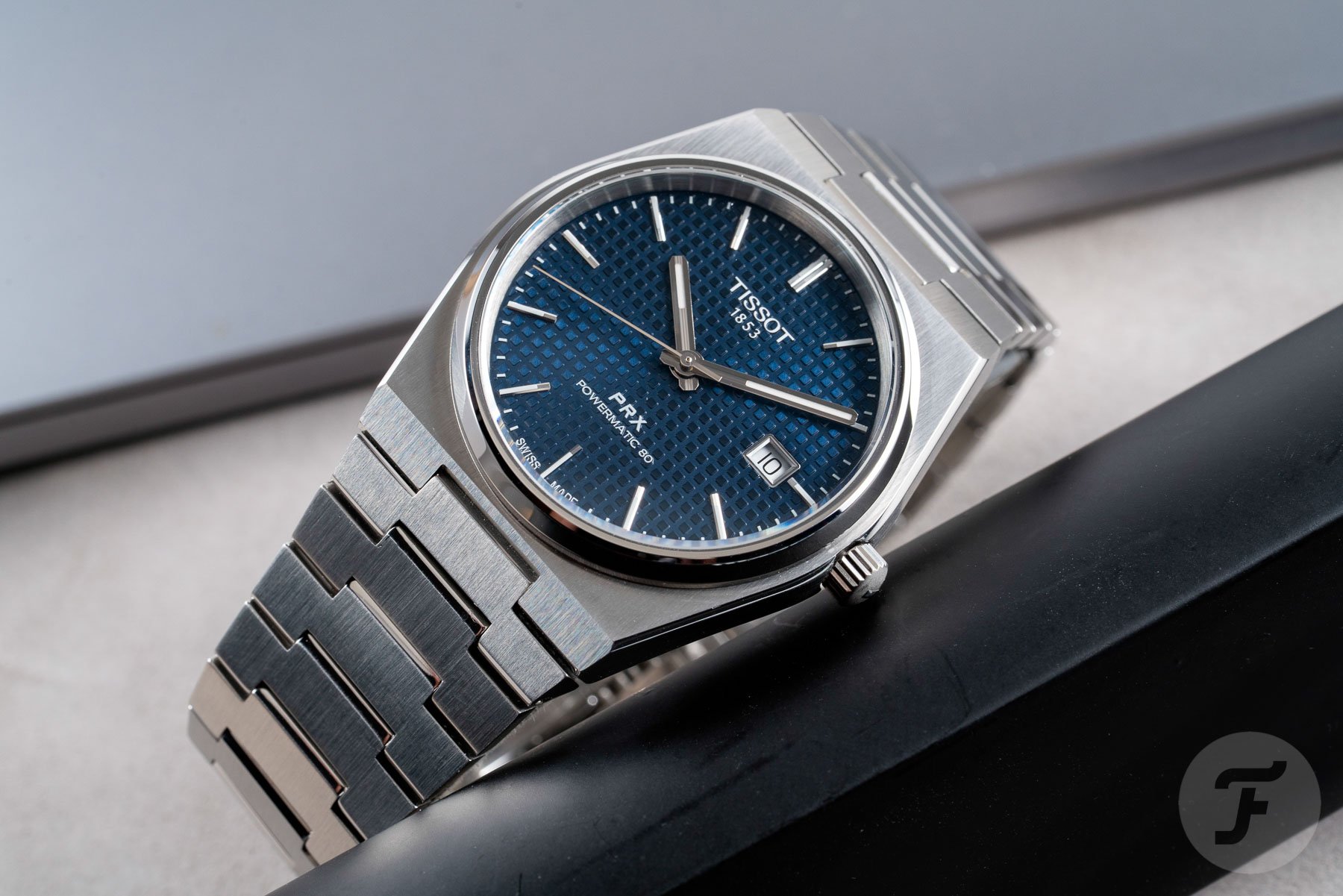 When the Tissot PRX — with a quartz movement — was presented early this year, it was the talk of the town. At that time, many were excited about the watch (and its €350 price tag). However, they were slightly disappointed that it had a quartz movement. The weirder thing is that once Tissot listened and presented the PRX Powermatic 80 with a gorgeous automatic caliber, it wasn’t thát much appreciated. I agree, the comfort wasn’t on par with its lovely and thin quartz sister. Plus, the price tag doubled. Still, the Tissot PRX Powermatic 80 remains an attractive watch at a very attractive price point. It might have been received better if Tissot hadn’t presented the quartz version first.

Anyway, as a fan of integrated bracelet steel sports watches, to me, the Tissot PRX Powermatic 80 is the most affordable entry in this league. And it’s one that you don’t have to be the least bit ashamed of. What other integrated bracelet, big-brand watch can you think of that sports an automatic movement with an 80-hour power reserve and a sapphire crystal for less than €700? Come on, peeps, give this one some more credit! 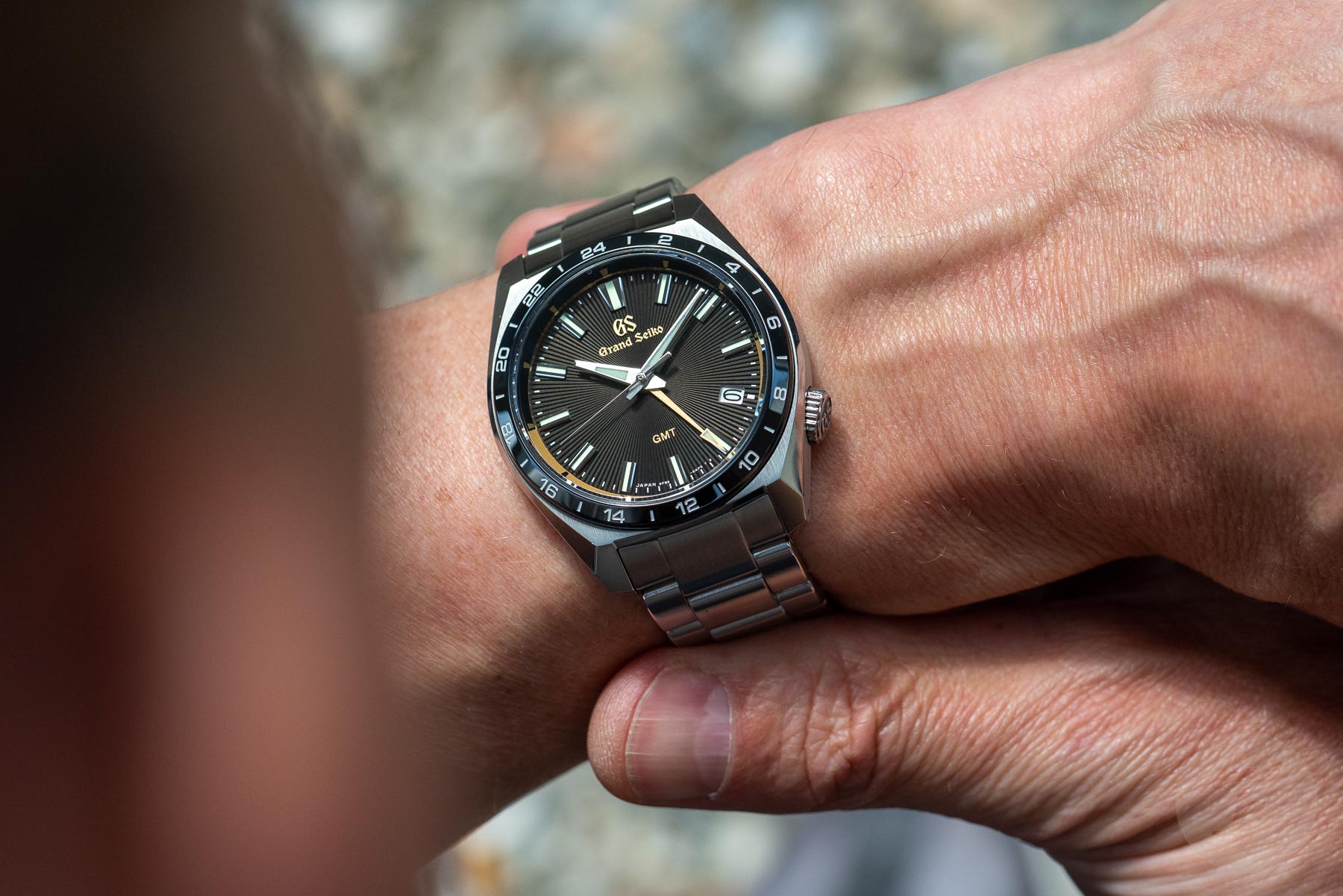 A good watch is a watch that is both suitable for and up to the task for which it was built. So a dive watch isn’t inherently “better” than a dress watch, as both are designed for different situations. To be honest, we probably cast our first judgment on a watch based simply upon if we like its appearance or not. Only then do we judge it for that which it was made, its quality, its materials, its components, and so on. Still, why does such a large audience underrate some of the best watches? Is it unlucky, unfortunate, or is there another reason for them to fail?

Please let us know your thoughts, and join the discussion below in the comments.