The AWCI (American Watchmakers-Clockmakers Institute) hosts roots existing before the turn of the 20th century.  As early as the late 1800s, German immigrants formed regularly, sharing a passion for creation and repair of timepieces.
How did a small group of enthusiasts transform into a nation of specialists influencing vendors and practices?

The AWCI became official in 1960.  It combined members of all previously-recognized professional watchmaker societies.  No longer were enthusiasts divided, but unified under the ‘clock church’ of the AWCI.

Later, as interest in clock and watchmaking grew, the society became increasingly interested in maintaining the integrity of teachers and associated curriculums around the country.  REC (Research and Education Council) was formed, serving as a liaison between schools offering classes and professionals practicing in the field.

The AWCI had trouble voicing the concerns and applying solutions on a mass scale.  To facilitate nationwide communications and uniform practices, the AWCI decided to form once a year, a practice that remains to this day, now with on-site instruction, award ceremonies and more.

A separate entity, the AWI Education, Library and Museum Charitable Trust was formed with several purposes in mind:

During the 1970s, the society exacted a number of business-like sentiments, erecting a building near Cincinnati, Ohio and issuing its first, Horological Times, a bimonthly publication of articles, news, editorials and more regarding the watchmaking industry. 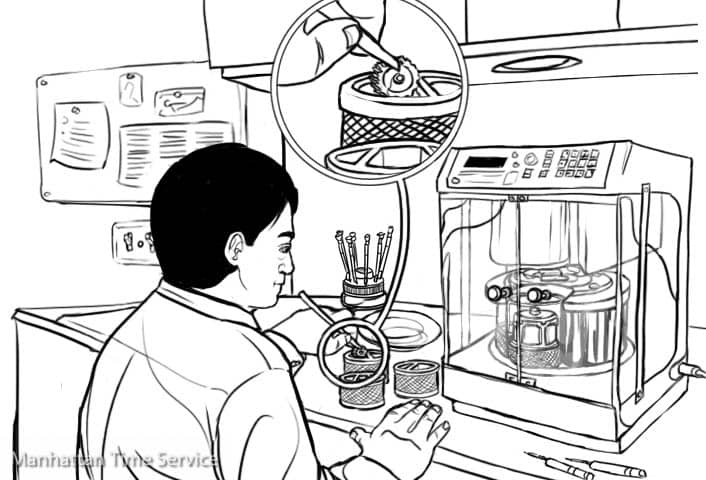 The organization changed its name in the 90s due to increased interest in clock-related services and products.  Additionally, in 1995, the AWCI upgraded its facility, moving to a 15,000 sq-foot quarters in Ohio, replete with a museum, library, teaching facilities, offices and more.

At the turn of the millennium, the association enjoyed increased interest and investment, creating its own Web site, expanding upon offered classes and instruction relating to physical shows and meet ups.   Furthermore, awards were presented at shows for recognized personalities and outstanding achievements.

There is no ceiling or time limit on the organization’s aspirations and implementations.  Since its beginning of a small group of like-minded watchmakers, the organization has sought to centralize practices and inspire current and future interest in the field’s occupations and innovations regarding watch repair procedure and more.

Entrepreneurs gravitate toward the field of watchmaking and repair.  While the AWCI encourages enrollment in classes and accreditation from the society, in theory, anyone with experience and passion may create and repair timepieces.  However, it’s important to choose one’s road of experience with due diligence. 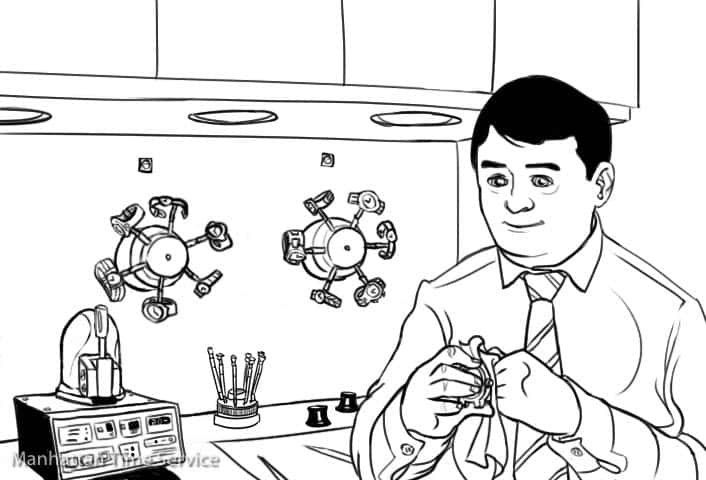 Rather than take classes, one could approach an existing watchmaker, inquiring about a possible apprenticeship.  Watchmaking is a craft passed down from traditions and craftspeople – anyone person may learn, so the answer to the question, “What’s better – classes or apprenticeships?” is “It depends.”  It depends on one’s preferred mode of learning.  Some prefer to learn in a paced fashion while others like to ‘sink or swim,’ learning at a fast, day-to-day pace via shops as apprentices.

The AWCI’s publication, the Horological Times, is a great resource for increasing one’s initial interest in the field and profession.  The publication features insights from professionals, day-in-the-life views of shop owners, and concise overview of modern-day practices and tools.  In addition to a learning tool, the publication works well in advertising the services of entrepreneurs and vendors offering a number of industry-related services and products.

In addition to the wealth of education and services provided to those interested in becoming a watchmaker or repair specialist, the AWCI helps consumers navigate the waters of available vendors.  Rather than Google, Yahoo or other popular search engines, which could be convoluted with commercial pursuits related to watchmaking and repair, use the AWCI site to recruit information about vendors.

The AWCI enjoys a rich history of watchmaker contributions and discussion, as well as implementations that influence the trajectory of student learning and application.  There’s no question as to the organization’s dedication toward watch and clockmaking’s best practices, learning environments, and positive future evolution.

Thomas Lodowski is a 2nd generation watchmaker and self-confessed clock and watch fanatic. An avid blogger, you can find his fascinating articles on various blog sites.

Hot Topics
RJ’s Top Five Alternatives To The Omega Speedmaster Professional
96 comments
We Need Luxury Solar-Powered Quartz Watches From Rolex, Omega, Breitling, And Grand Seiko
71 comments
The Omega Speedmaster On The Big Screen — Watch Spotting At The Movies
69 comments
Above And Beyond: When And Why Paying Over Retail For A Watch Makes Sense
63 comments
The King Seiko Collection Debuts With Incredibly Wearable Watches
45 comments
Popular
(From The Archives) Shut Up & Read The Truth About Cartier Watches
George Cramer
21
Rolex Submariner Hulk versus Seiko SLA019 : Shades of Green
Michael Stockton
23
You Asked Us: Rolex Submariner vs Omega Seamaster
Robert-Jan Broer
18