Here at Fratello Watches, we enjoy getting out to see our longstanding readers while taking the opportunity to meet new faces. Last week, I had the chance to do exactly that. A month or so earlier, Markus (aka @vintagewatchzilla), informed me that he was working with Omega Austria to organize a small, but activity packed, Saturday. After a couple of weeks of waiting for my schedule to crystalize, I saw the opportunity to book a quick flight to the home of our collective Fratello favorite food, the schnitzel. Let’s take a look at what occurred at the Omega GTG in Vienna. 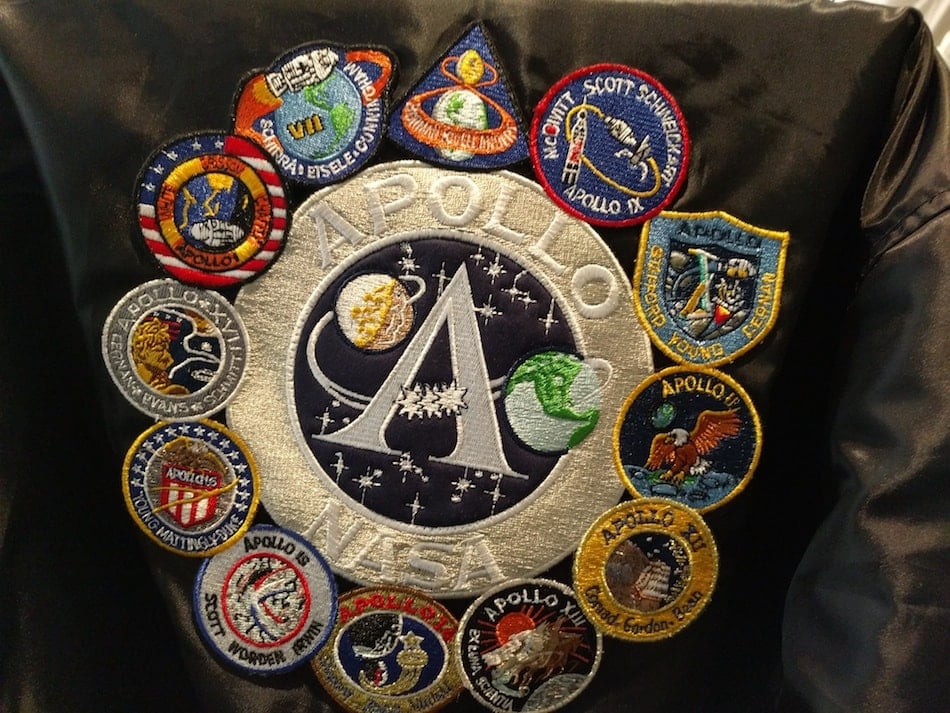 Organizing the Omega GTG in Vienna

If you follow Instagram, you’ll note that Markus, as well as his partner, Michi (@coffeemyfuel), is a passionate Omega collector. He’s fastidious about condition, tracking down correct packaging, provenance and, of course, his photos (well, that’s Michi’s forte and thank you to her for the bulk of these great shots in what was some tough lighting!). You could say that he has caught the “bug” that afflicts most of us vintage watch collectors. I actually first met the dynamic duo when I visited Geneva earlier in the year for the Watches with Nicknames event and we spent most of the two days traversing the city with Christopher Beccan of bexsonn.com and the Davidoff Brothers. It was here that Markus first hinted about his plans for an Omega GTG in Vienna. What I would learn over the next several months is that I wouldn’t learn anything! He’s very secretive! 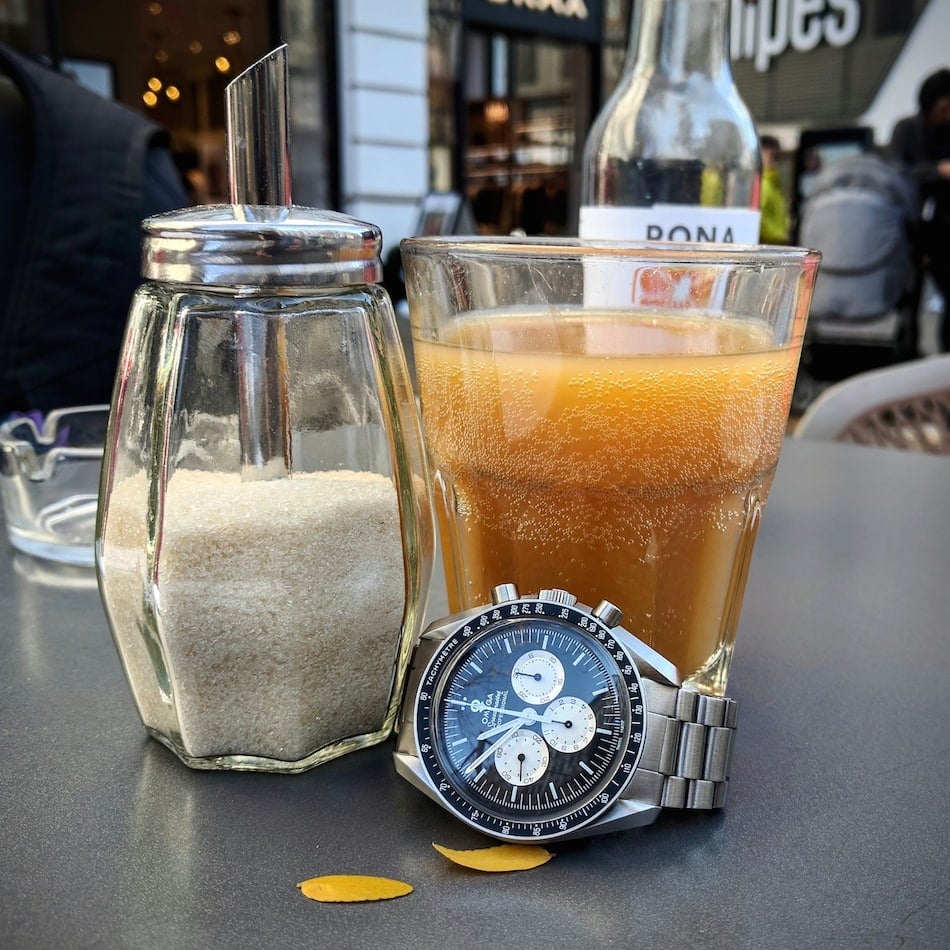 I landed in Vienna in the early afternoon and most of the group of roughly 10 people had already assembled at around 10am. 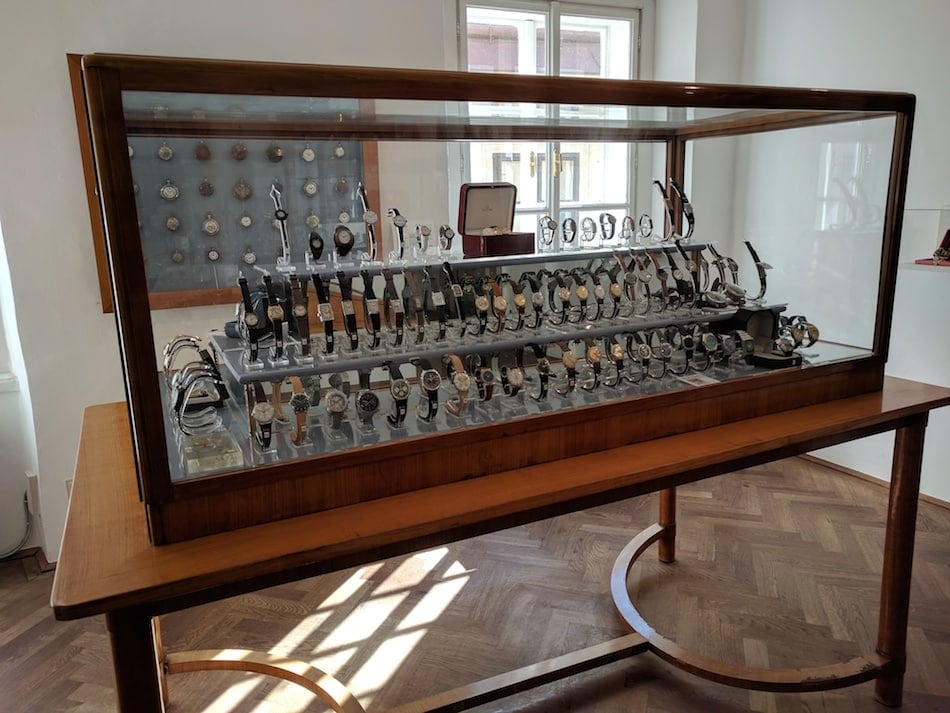 Their first stop, after a coffee – this is Vienna after all, was to the Vienna Uhrenmuseum a horological museum in Vienna. Like most museums, the focus is primarily on clocks, but it received positive remarks from all. 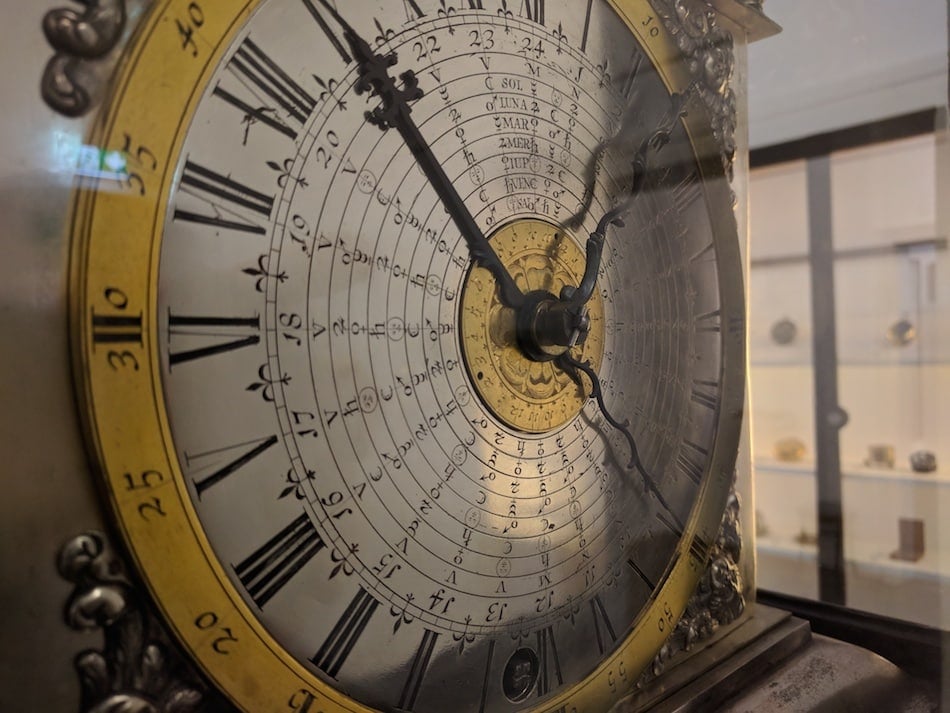 Plus, it’s nice to know that there’s something to see in Vienna museum-wise aside from one of the umpteen palaces formerly belonging to the Kaiser and its related art.

Always a Stop at the Local Boutique

The next, and intermediary stop on the Omega GTG in Vienna, was to the Omega Boutique in central Vienna. While vintage comprised the bulk of our talk, there was hardly anyone within the group who hadn’t purchased a modern Omega within the last 1-2 years. One collector at the event, for example, mentioned that he currently owns 27 Speedmasters and most are recent Limited Editions! As an aside, Omega currently operates 3 boutiques within Austria and because we know you love trivia, the country has or will deliver 17 Speedy Tuesday Speedmasters. 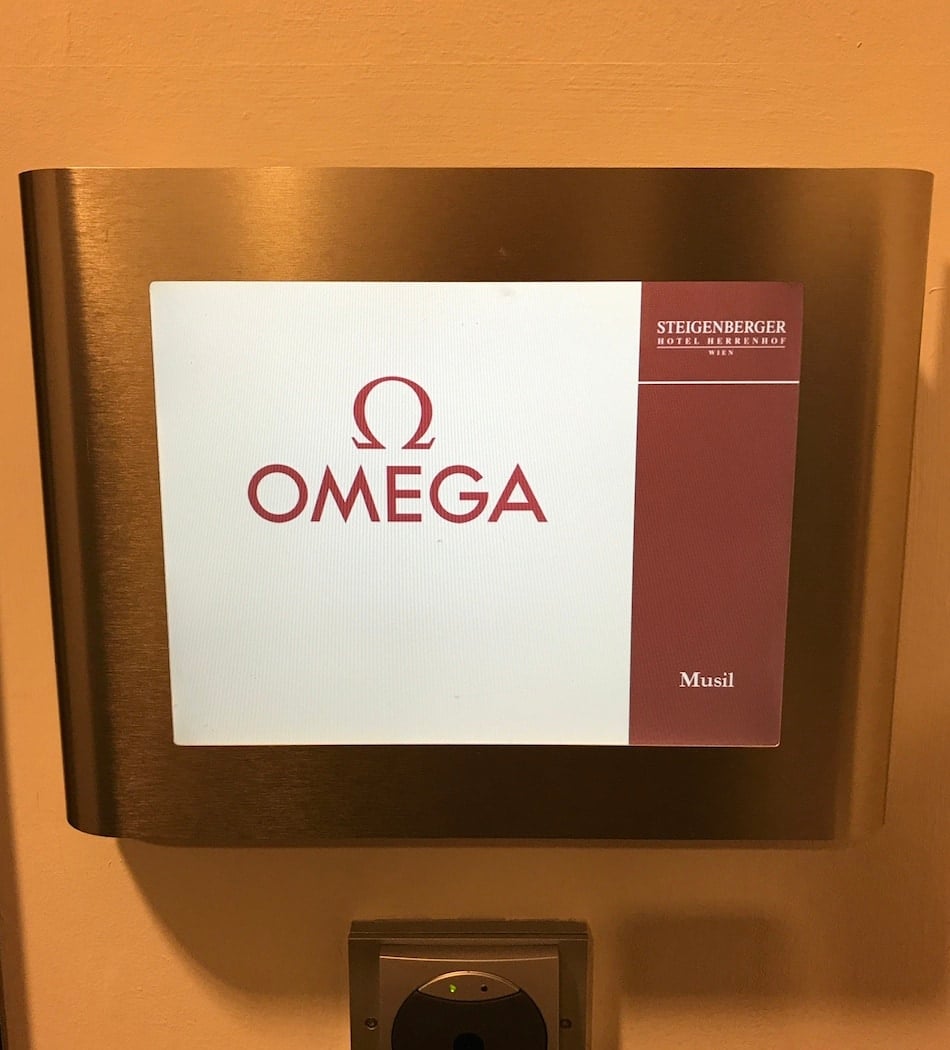 After spending a couple of hours trying on watches at the boutique, the group traveled with Maria Fojtl, the head of Omega Austria, and made its way to the lovely Steigenberger Herrenhof hotel. Lo and behold, we arrived to find that Omega Austria had reserved a large private conference room for us. 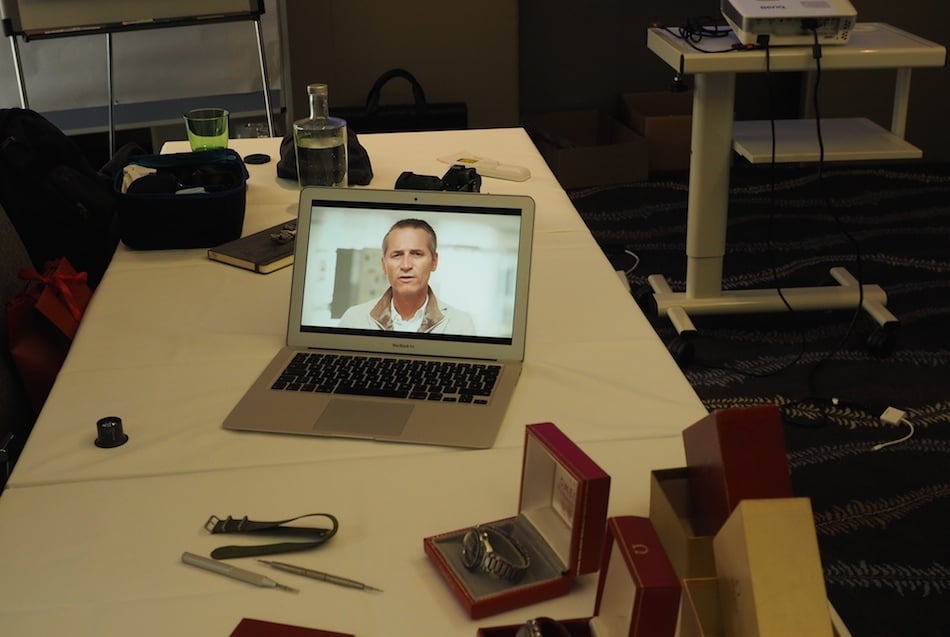 Once inside, we found a bag of Omega themed gifts at each seat (thank you!) and a video from Omega’s CEO, Raynald Aeschlimann, welcoming us to the Omega GTG in Vienna. It was pure class by Omega and Omega Austria and really added a personal touch to the event. Then, it was onto the watches… 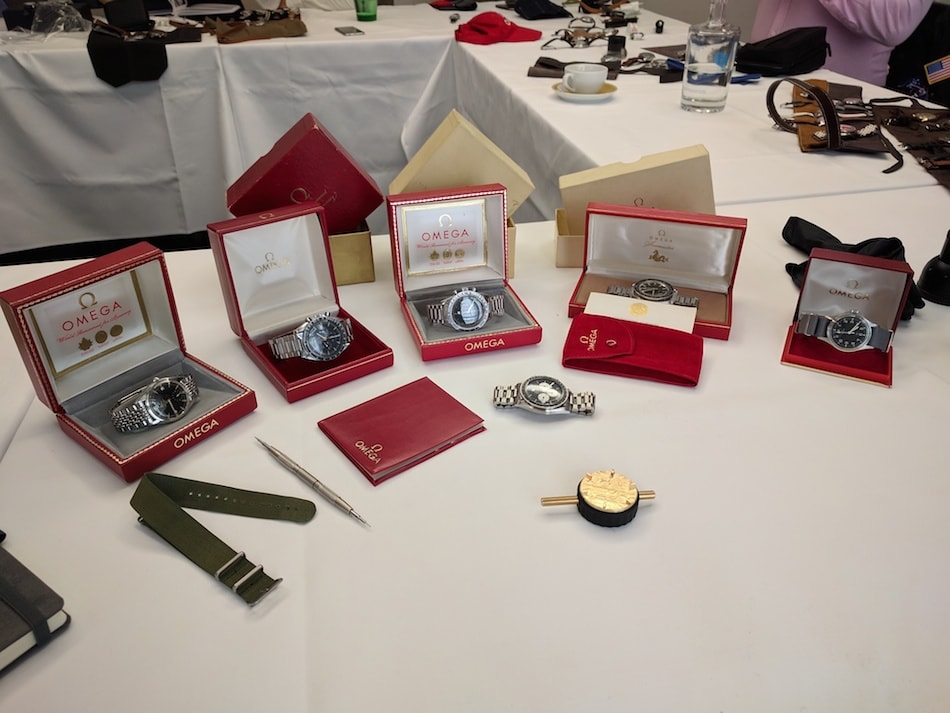 Some Amazing Vintage and Newer Pieces

With such a small group at the Omega GTG in Vienna, one might assume that the showing of watches was small. Well, as we say in America, the attendees “brought the lumber”. Markus brought his own stunning selection of museum grade pieces and set them up so that one could almost imagine it like a 1960’s shop window. 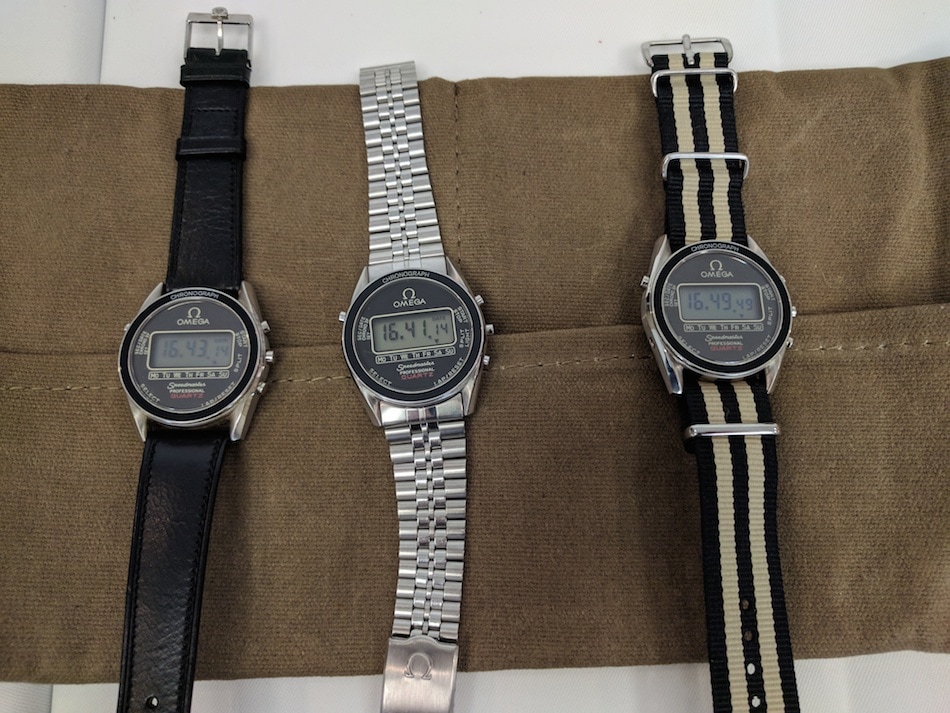 If you follow @kovpics, you know his penchant for adding rarities and he brought them galore. 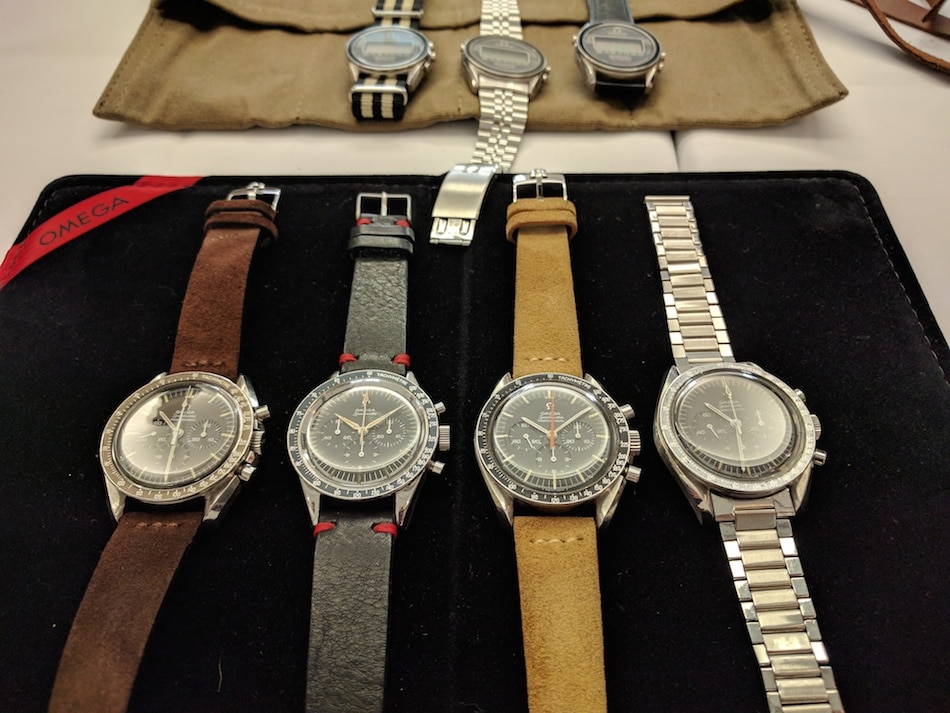 Along with a handful of beautiful pre-moon pieces (including a 2998 and an Ultraman), he brought along 3 digital Speedmasters from the late 1970’s. One was a normal production model while 2 (pictured on the outsides of the trio above) were part of an edition of 20 sent to Omega’s USA importer and are known as the Alaska IV. The original intent? They were built for testing by NASA Space Shuttle pilots and delivered in 1979. A long look might lead you to question the difference between the test grade models and normal model, but an explanation was given. The shuttle watches contain a slightly thicker case, larger pushers and, instead of using a small button-activated light source, strips of tritium were applied under the dial. All of these little features were designed expressly for an astronaut, but sadly NASA chose to cancel testing and stayed with the Moonwatch we continue to enjoy today. Still, seeing 10% of the original production run at the Omega GTG in Vienna was impressive indeed. 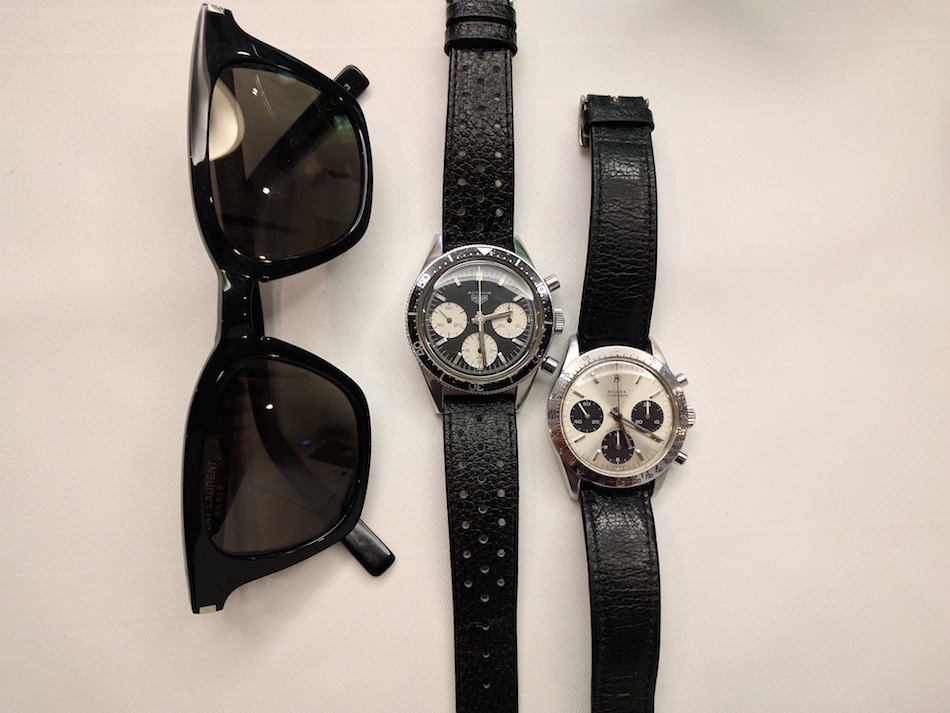 A Few Watches from other brands

A few watches from other brands also made their way to the Omega GTG in Vienna and they were impressive as well. 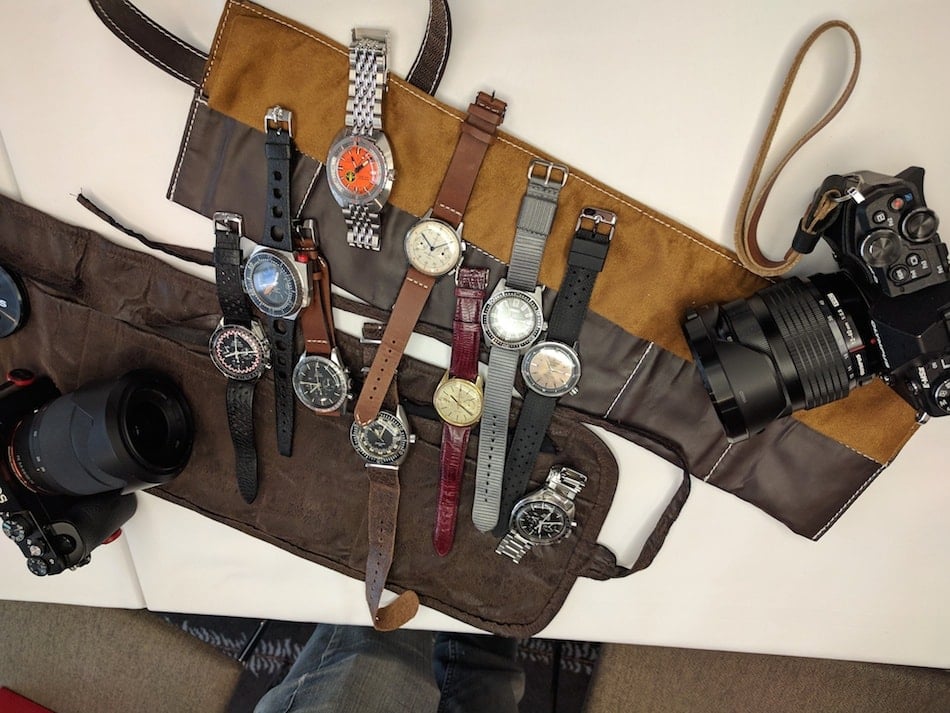 A lovely early Daytona made a great sparring partner with a Heuer Autavia 2446 “Jochen Rindt” and I brought the Doxa 300 Black Lung as I thought a group of watch nerds would enjoy seeing a prototype version in the metal. 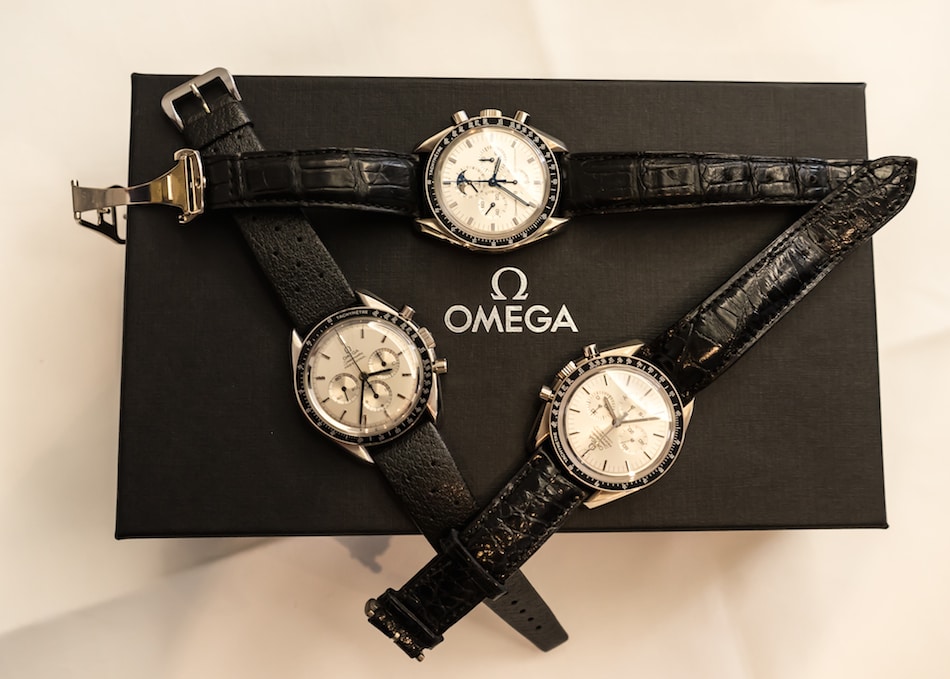 Still, the day was about Omega and before I forget, check out this trio of white gold beauties. An example from the early run of 20 (explained in detail here), a later example from the limited run of 500 and the moon phase made from 1999 to roughly 2002 were present and under the ownership of one collector. Stunning! 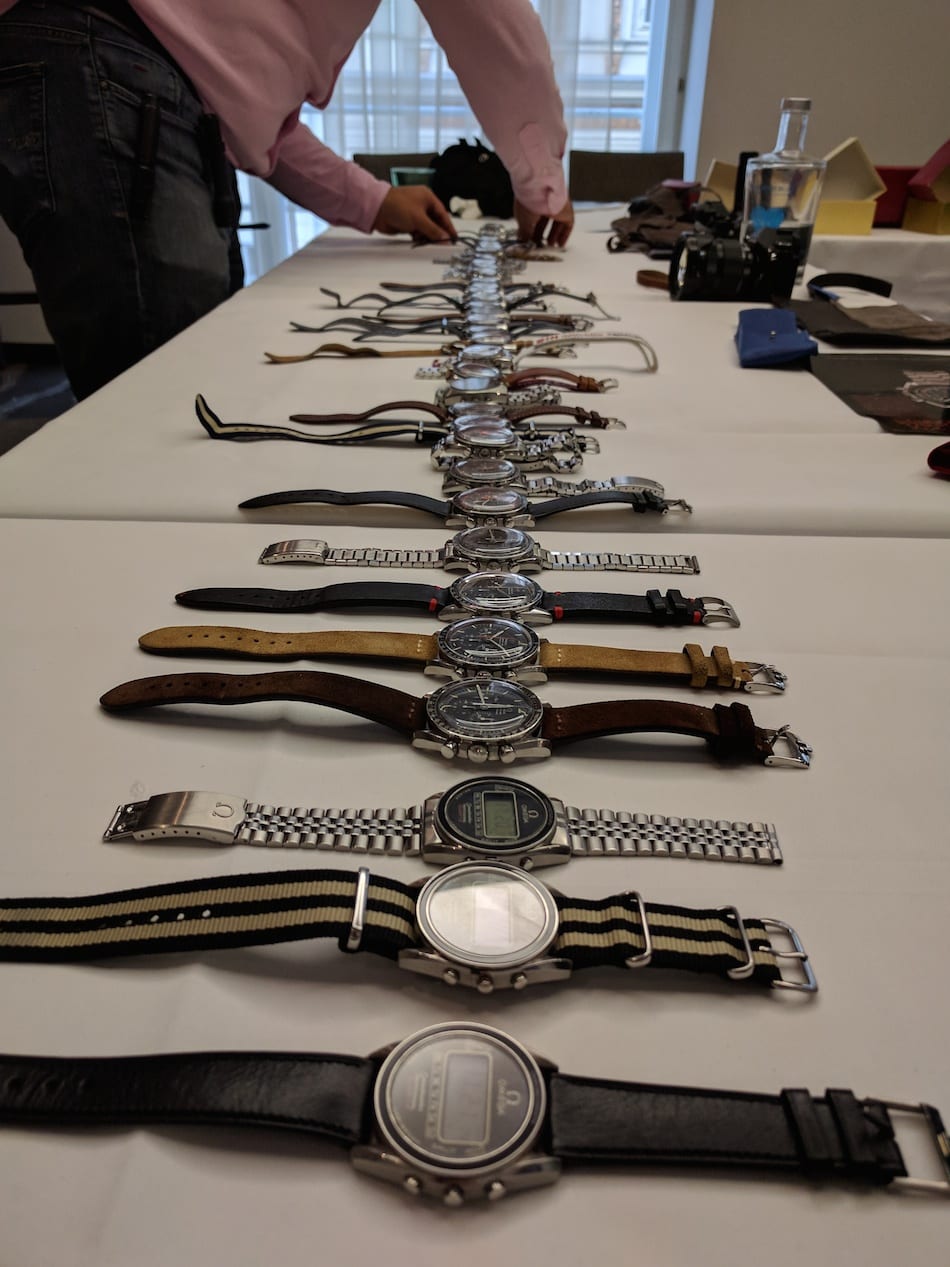 The Great Wall of Speedies

Towards the end of our time in the private room during the Omega GTG in Vienna, Roy Davidoff came up with a great idea – a real alternative to the “sexpile” picture that so many people begrudge – to create a “Great Wall of Speedmasters”. Every Speedmaster in the room, including a showpiece from Maria, was lined up with some level of focus on era. We counted 38 and it was awesome to see so many different variants in a row. 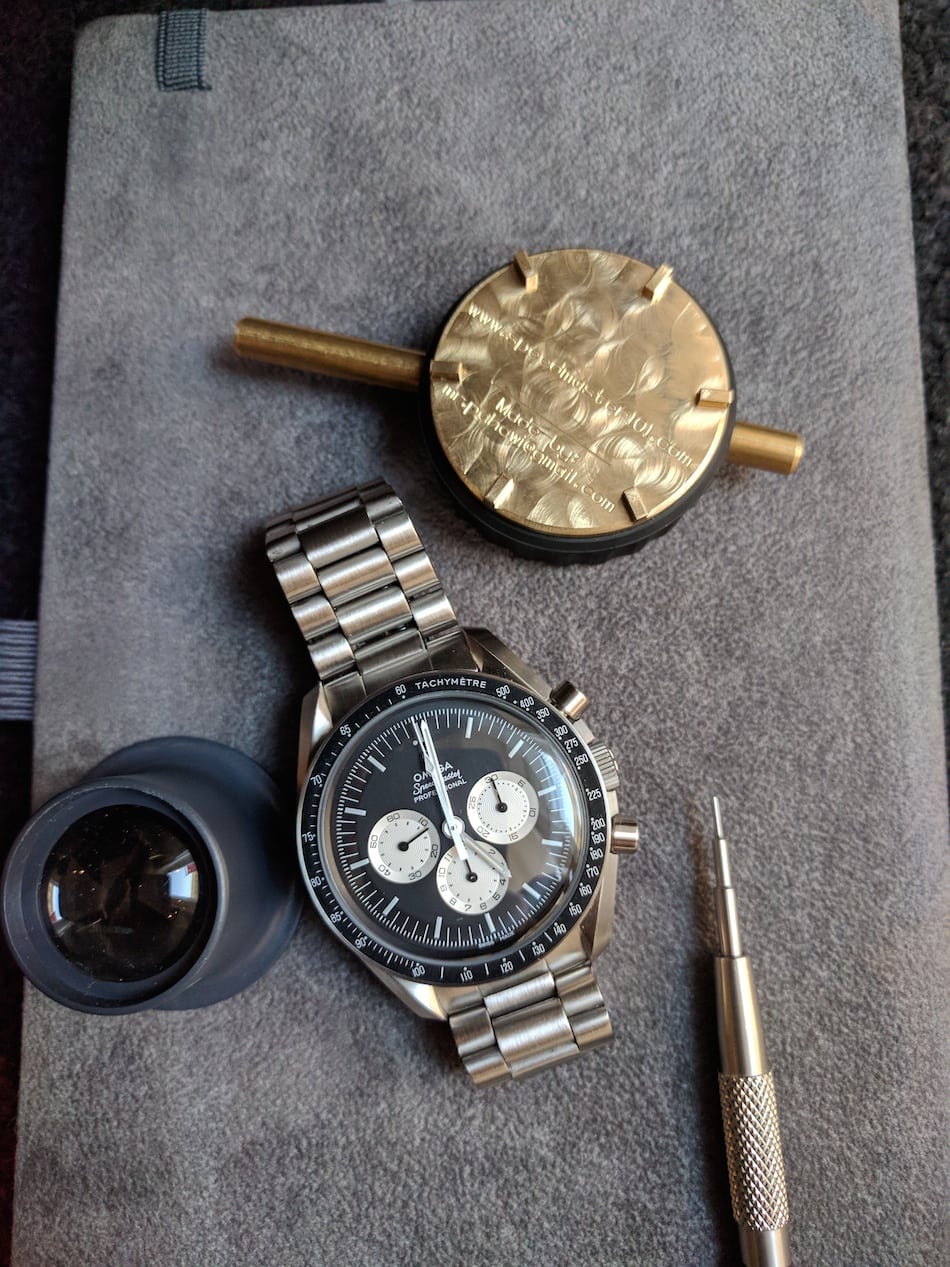 I was particularly proud to count 3 Speedy Tuesday references amongst the esteemed group. 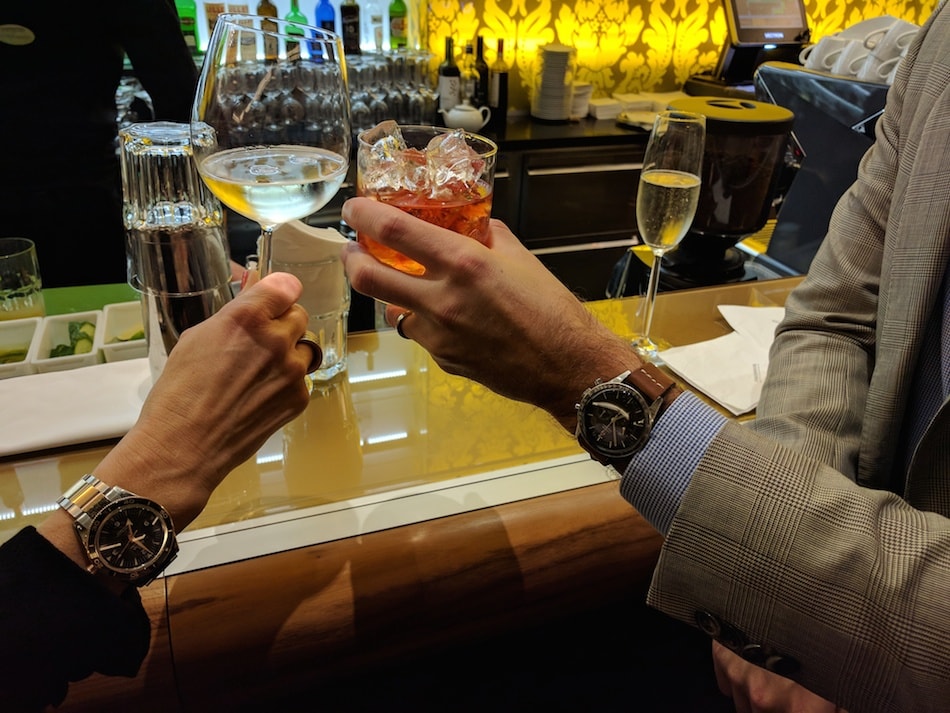 After leaving the room, it was off to the bar for a cocktail or two and more discussion. 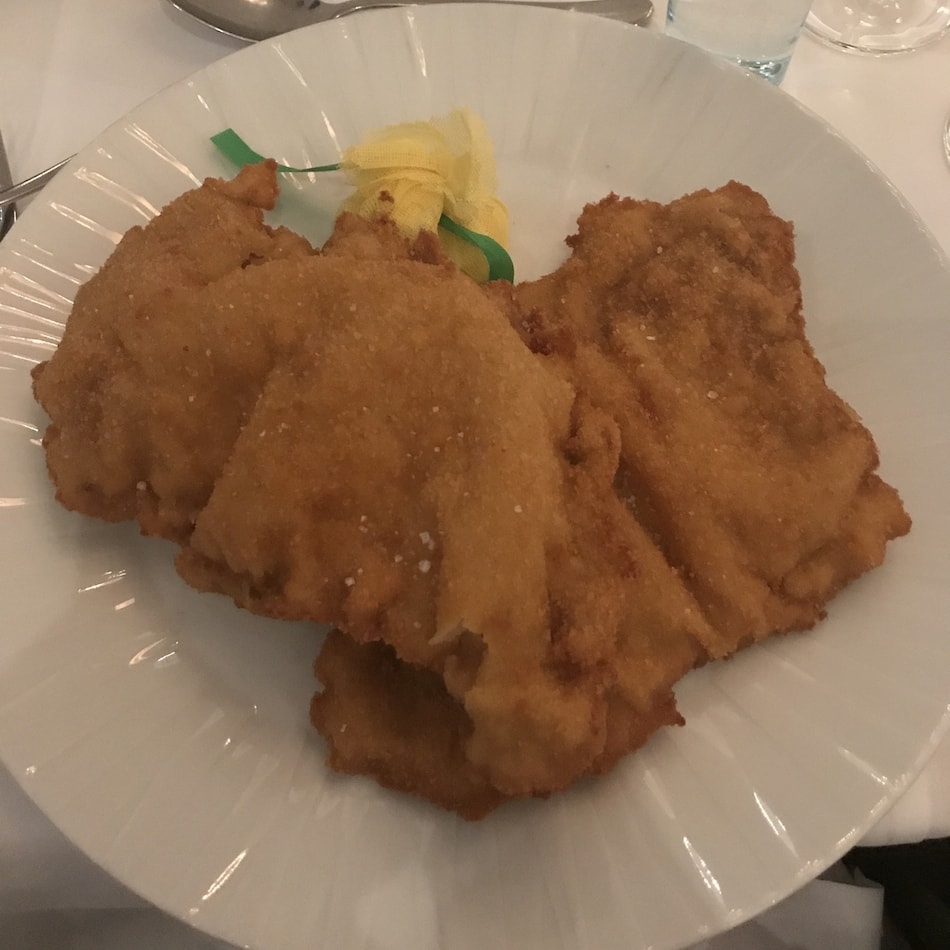 Thirsts quenched, we made our way to the restaurant where, surprisingly, I had one of the best schnitzels I’ve ever tried in Vienna. It was surprising for a hotel, but the table agreed. 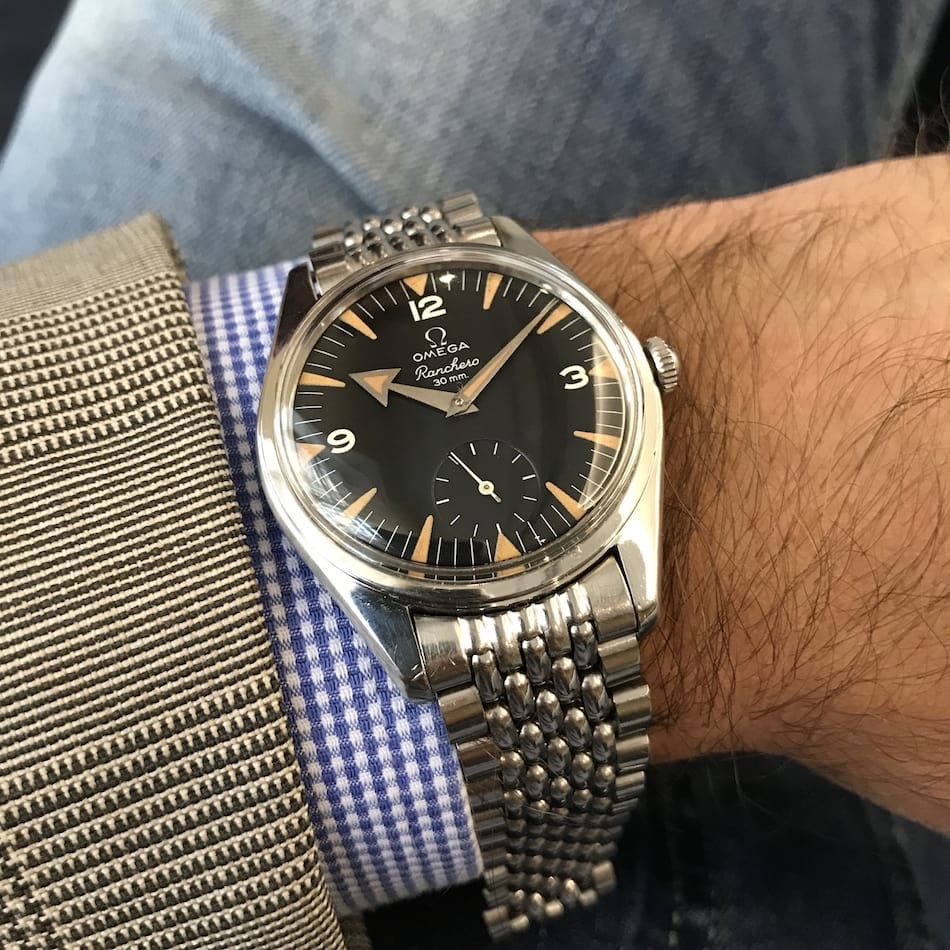 More watch stories were shared over food and drinks: tales of watches won and those that got away. In the end, it was a fantastic event that made for a truly enjoyable weekend. 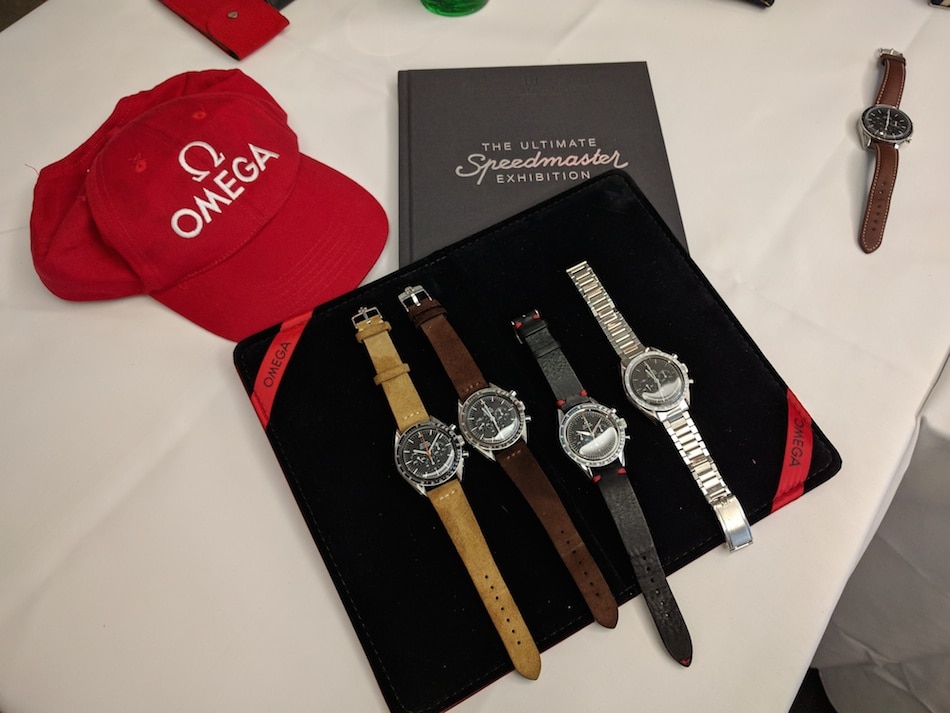 Serious thanks are in order to Omega Austria and Markus for making the event happen. We can’t wait until the next one!