My love with vintage watches started with Omega. To understand that however, we have to go back a bit.  The year was 2007 and I had my eye on a then new Swiss watch; the Tissot PRC 200. It was quartz but with a somewhat timeless design I was drawn to it immediately. So I decided that this watch was going to be my first Swiss time piece. At that time, I was in the US and prices were much friendlier compared to Europe so I bought one. Soon after I started looking at vintage Omegas. I thought, I have a modern chronograph now, maybe a vintage dress watch is the next step for me. Why Omega? Rolex was too expensive and in my mind it had to be a Rolex or an Omega. You know Pierce Brosnan, Olympic games, Michael Schumacher. I mean the brand was everywhere.

So I bought a basic gold plated Omega Genève with patinated dial and trusty caliber 601. That watch is not with me anymore but it started me on my journey for Omega watches. Since then I had the pleasure of owning many vintage models; Chronostops, Memomatics, various Speedmasters and Seamasters. Most of them came and went but the Speedmaster stayed. 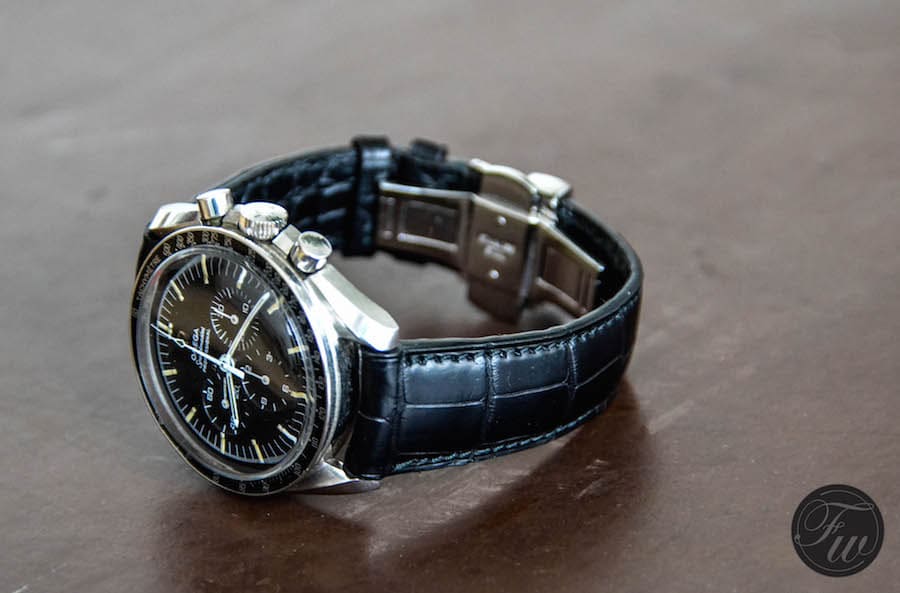 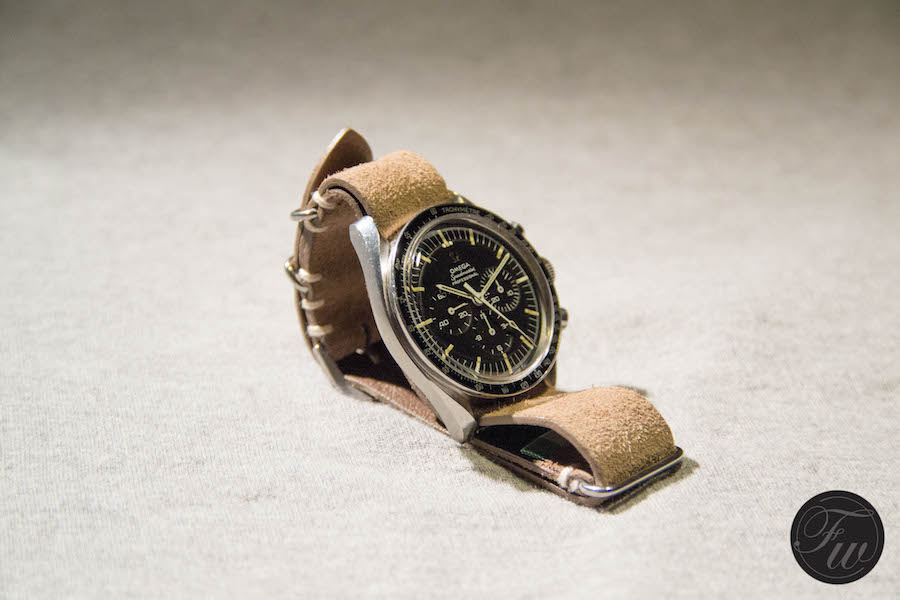 I immediately fell in love with the watch. As I said I had Speedmasters before but this vintage piece as they say “Sang to me”. It looked super contemporary yet vintage and elegant. If someone knows about Omega, they would immediately recognize it being a Speedmaster, but it remained fairly invisible with a few exceptions. Perfect, I thought. The watch was serviced sometime before I bought it. The crown and crystal were changed and a full service was performed. I received the paperwork of the service as well as the removed parts. 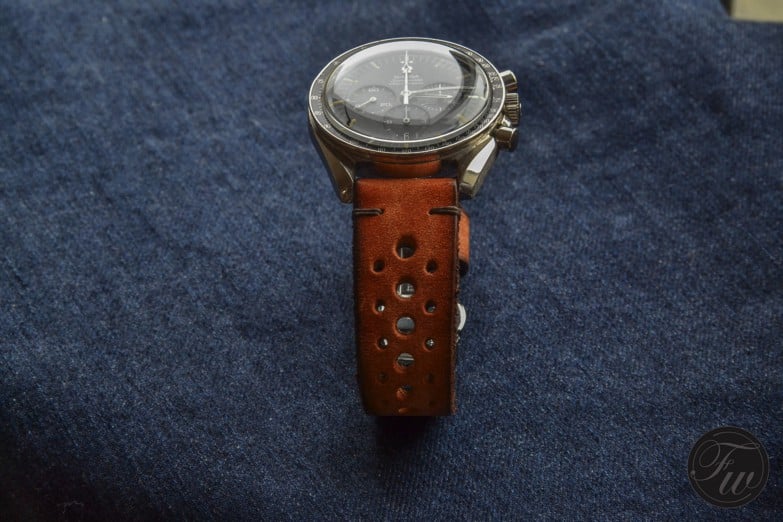 Just a few weeks ago when we were at our #SpeedyTuesday event in Biel with Omega, I had the watch tested for accuracy. Amazingly enough it operates flawlessly, and actually within chronometer standards (though the 861 is not COSC certified of course). I was amazed but happy about the results at the same time. I thought it was time for a service again and already started thinking about who should perform it. Apparently I still have a bit of time before it has to happen.

Since I bought the watch head-only, I had to get the usual stuff for it. First it was the 1171 bracelet with the matching 633 end links.  Then I needed a leather strap. Actually hunting for a great strap was the reason I came up with the idea of Watch Strap Review. Today we have published close to 25 articles from various strap makers around the world. The Speedmaster Transitional was and still is a constant model in those reviews. The size, the color combination the ease it gives me to match with most straps is just perfect.

I wore that watch on a vintage motorcycle jacket leather, to perlon, nylon natos, leather natos, comic straps, rubber straps and even on a vintage Tropic Sport strap. That is a favorite of mine and though it might not match the watch historically I feel it does visually. Just this year I managed to get a period correct 1039 bracelet from RJ and only a few months after that I found a mint 7912. So as far as bracelets and straps are concerned I’m happy with what I can offer to the watch.

I did not only spoil my Speedmaster Transitional with various shoes (though I hate to call straps “shoes” or “bad boys”) I also traveled with it quite excessively. The watch has been with me literary every country I’ve been to since I bought it. From France to the United Kingdom, Italy, the Netherlands, Germany, Dubai, Switzerland, Austria and so on. While some might find it crazy that I travel with it and don’t keep it in a safe or in a travel pouch, which is what I should. I cannot let it go off my wrist. 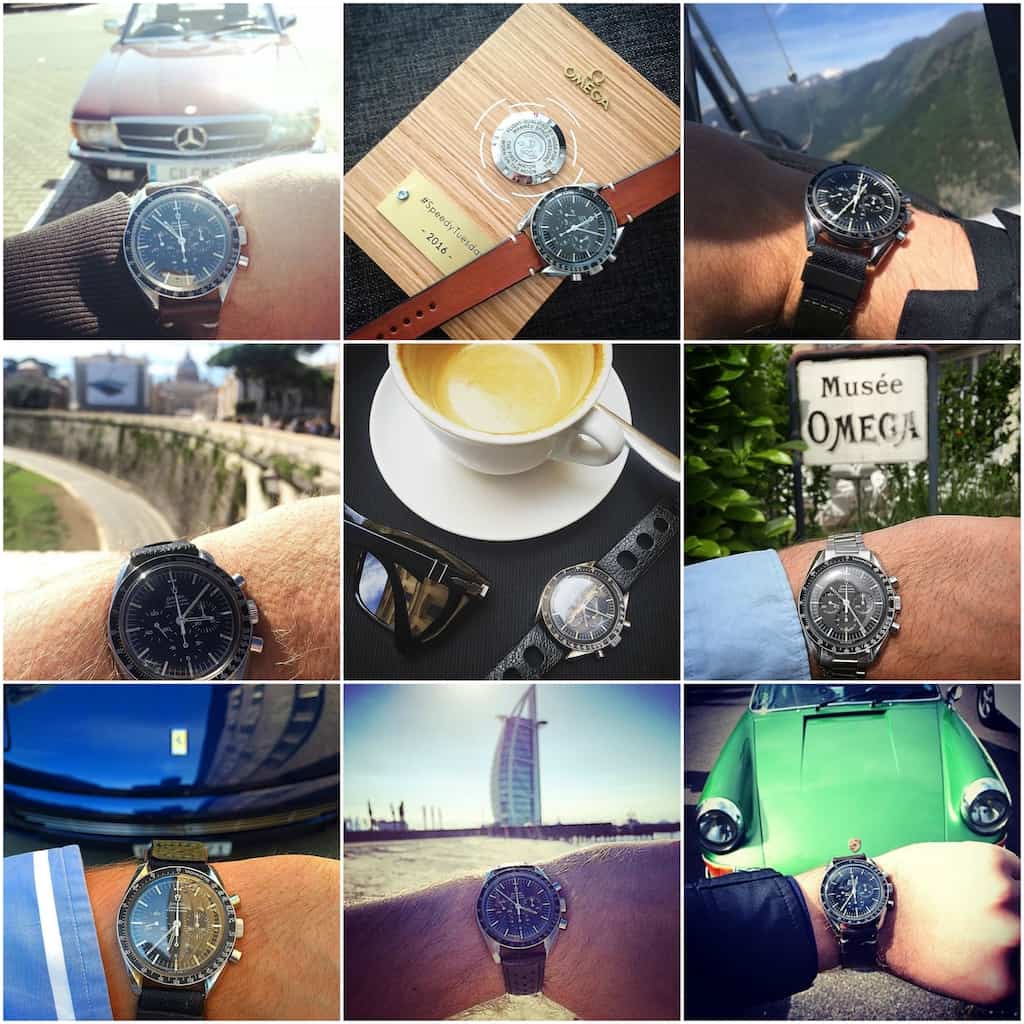 Also you have to see that this was and still is one of my favorite watches if not THE most favorite one. It gets banged around every once in a while, I have a small damage on the DON bezel that I caused and a good few scratches. I don’t mind them though. You should wear all your watches. I wore the Speedmaster Transitional when I met my fellow Fratelli for the first time in 2014 in Amsterdam. It was also on my wrist when I proposed to my now-fiancée and I will wear it on my wedding day as well.

Since I write about watches and dug a bit deeper into things I saw many beautiful Speedmasters. Tropical dials, Ed Whites, 2998s or “just” your typical pre-moon 321s. With the Speedmaster transitional sometimes I have the feeling that I shot myself in the foot. Why would I buy a 321 if it looks exactly like mine? Or one from the 70’s with the same movement as mine but without the charm of the applied logo or the stepped dial. In retrospect buying this watch was a wise decision. I probably did a favor to my wallet. The serial number is quite early and according to the Omega Museum it is a true Transitional, as it was delivered to Omega’s agent in the USA on 24th February, 1969. Almost exactly 5 months before the Moon landing. It does not get any better than that for me.

Please don’t make no mistake about it; I’m not a Speedmaster-only guy. I love my other vintage and modern Omegas. I have a soft spot for Angelus chronograph watches and clocks. My other baby is my 1675 GMT. But today is Speedy Tuesday after all. Enjoy it!

Hot Topics
When Sneaker Heads And Time Geeks Team Up — The 11 Most Iconic Sneakers And The Watches That Go With Them
62 comments
A Californian Controversy: The Origins Of The Term “California Dial” And Why It Can Mean Two Very Different Things…
51 comments
What Zenith Is Doing Wrong With Its Pilot Line And How The Brand Could Fix It
34 comments
The Best Omega Watches Of Daniel Craig’s James Bond Era — Have Your Say!
28 comments
Why The Rolex GMT-Master II 16713 “Root Beer” Is Better Than The 126711CHNR “Cough Syrup”
26 comments
Popular
Two Patek Philippe Nautilus Watches: 3700/1A Versus 5711/1A
Robert-Jan Broer
13
Omega Speedmaster Hodinkee 10th Anniversary Limited Edition
Robert-Jan Broer
5
BaselWorld 2018: Certina DS PH200M
Balazs Ferenczi
0