Anyone who’s ever been to a car race on a circuit knows the feeling in your stomach when race cars pass you by. The sound of the engines roaring that echoes back from the concrete walls of the tribune is so intense you feel it in every inch of your body. That, paired up with the smell of high-octane fuel and the heat from the bright sunshine create a feeling you hardly ever forget. Thanks to HYT and the Panis-Barthez Competition we just received our dose this past weekend on the Red Bull Ring in Austria, of all places. We got an invitation from HYT to visit their partner Panis-Barthez Competition who’s racing in the European Le Mans Series. 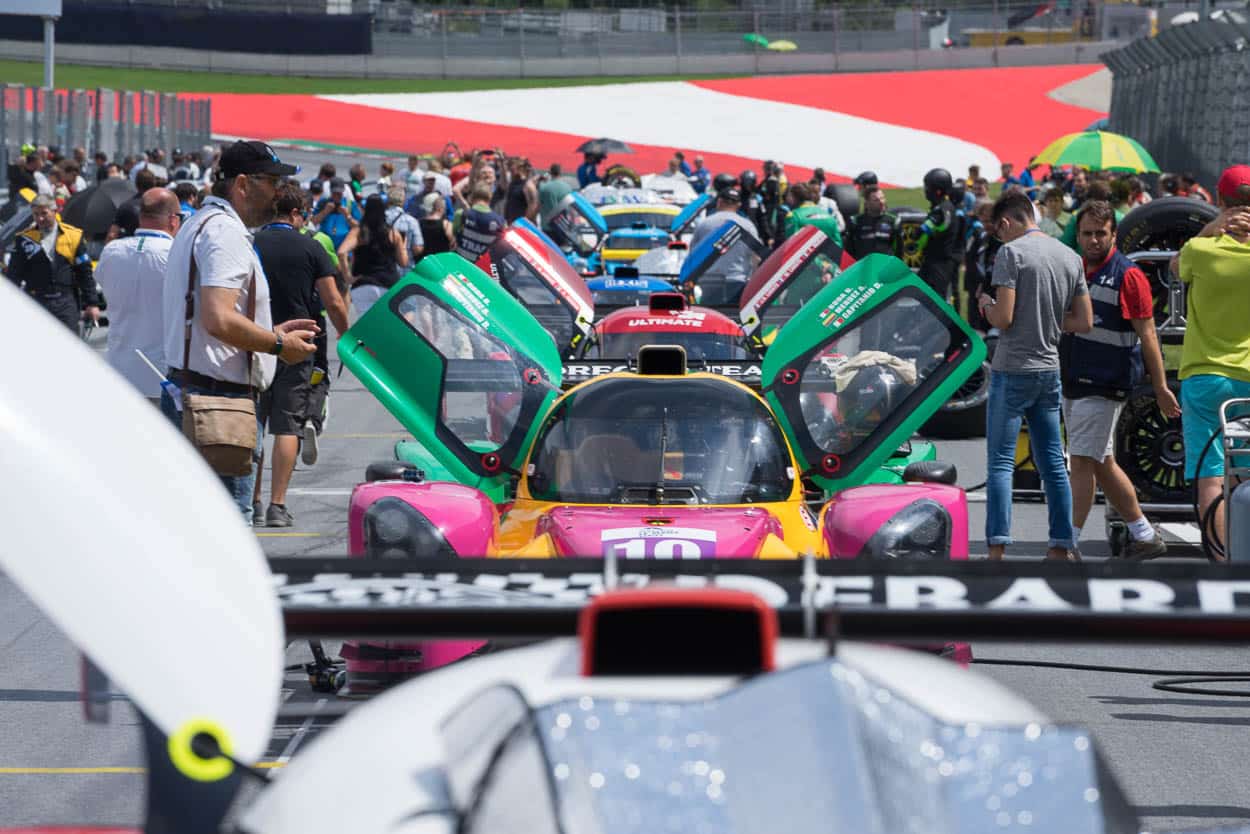 Sports fans know the names Panis and Barthez I’m sure. The two owners of the team are Formula 1 driver and 1996 F1 Monaco Grand Prix winner Olivier Panis and European and World Cup Champion, football goalkeeper Fabien Barthez. It would take us a whole new article just to list the achievements these two fine sportsmen had during their “previous” careers. In 2016 their newly formed team, the Panis-Barthez Compétition entered the European Le Mans Series. Both of them are seasoned race car drivers participating in races such as the GT Series and the Porsche Carrera Cup just to name a few. Panis with his decades of experience in car racing is serving as the Team Manager, while Barthez is behind the wheel of the Ligier JS P2017. The team races with both LMP2 and LMP3 category cars. 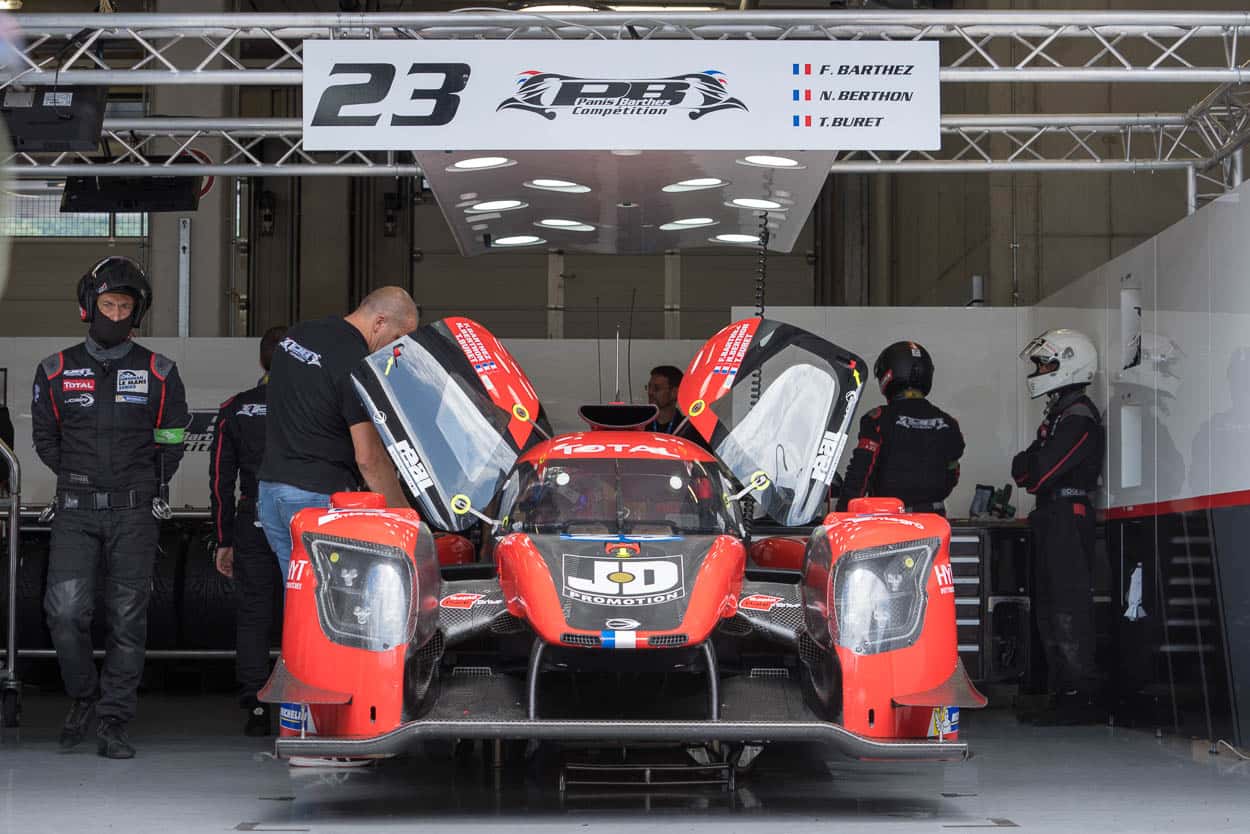 For a French team like the Panis-Barthez Competition one could have not wished for a better partner than HYT. A brand that is connected to France with a thousand ways, despite having their production in Switzerland, feels like a great fit to Panis-Barthez, and they surely are. Both HYT and Panis-Barthez are independent in their own field. Similar background, similar drive to achieve and, believe it or not, pretty similar technology (in some ways). Barthez is a fan of the HYT H1 Ghost, he was sporting one during our chat in their motorhome at the paddock before the race. An HYT is also on his gloves as a decal. Olivier Panis on the other hand has a taste for the “classic” HYT look. He wears an HYT Skull Bad Boy, a cool looking watch with true HYT DNA. 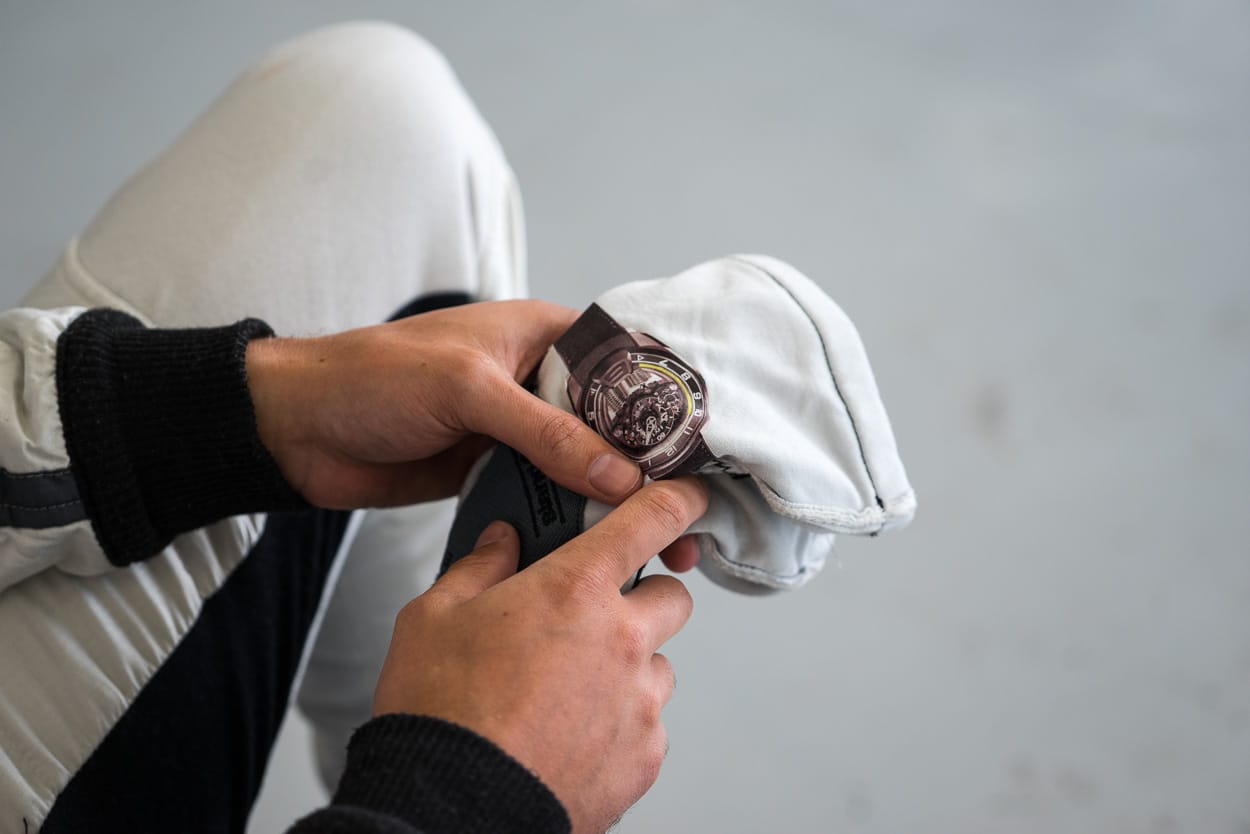 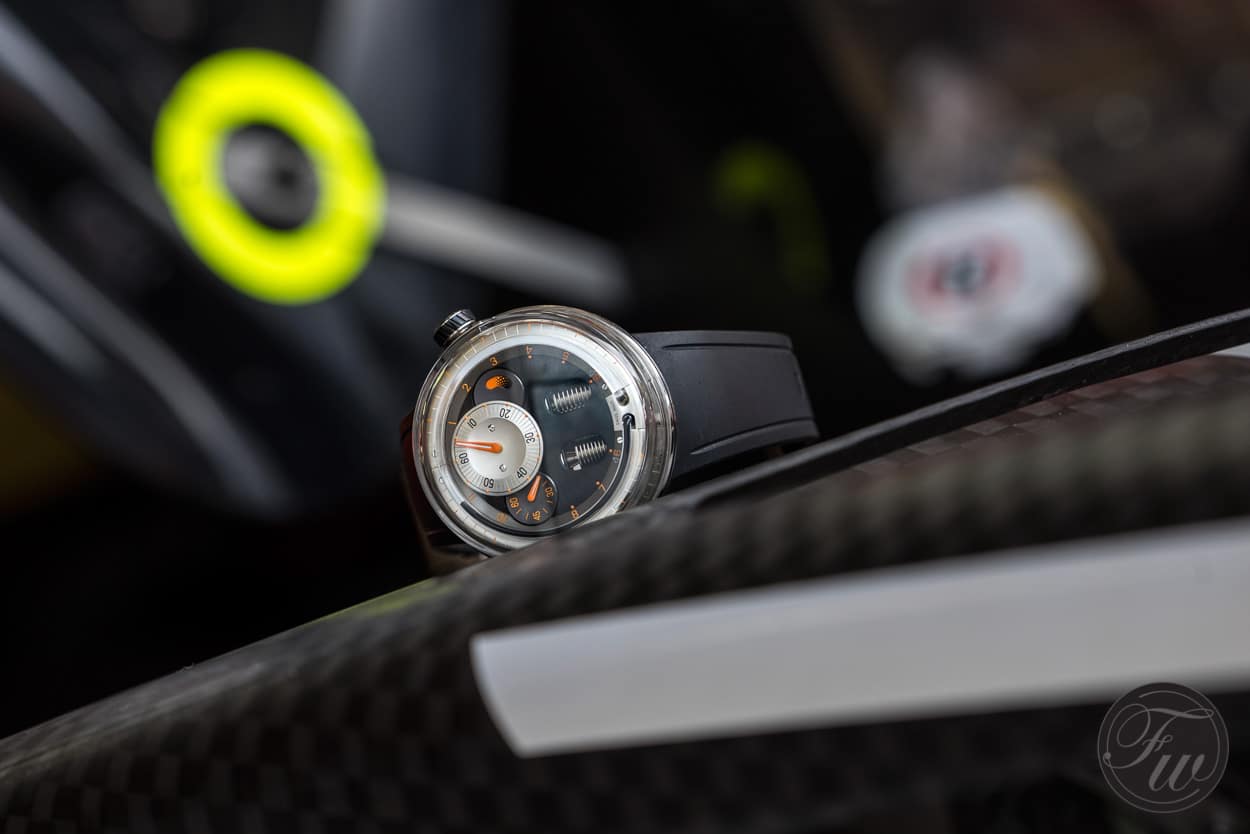 One thing I took home with me was the warm and friendly atmosphere in the workshop. Sometimes when you visit certain teams as a journalist you have to become invisible. Pay attention to where you stand, what to photograph, whom to talk to etc. It was nothing like that here. Everyone on the team was nice and friendly to us, showed us around, and explained how the cars work. Basically treated us like old friends. Nothing was off limits and the result is the amazing photos you see below. The European Le Mans Series is much smaller than the FIA WEC of course, the teams are privately owned and self-financed. Drivers pay the teams so they could have a place in their cars and the teams pay to be able to race in the series. 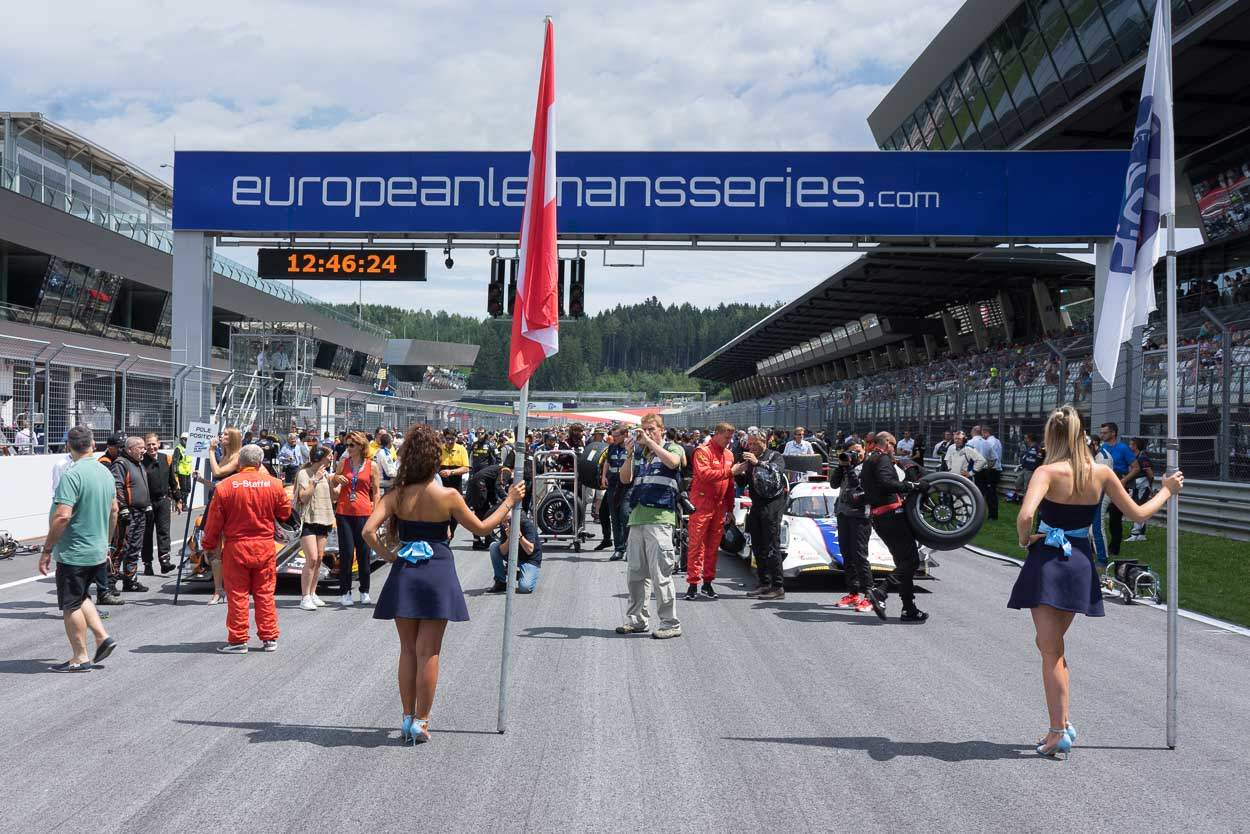 We had a great time with the Panis Barthez Competition and for that we are truly thankful for the wonderful people there as well as at HYT.

Special thanks to Cloé Biessy and Didier Paris for making our stay memorable. However, as they say, a picture tells a thousand words so without a further ado please enjoy the amazing photos of our very own Bert: