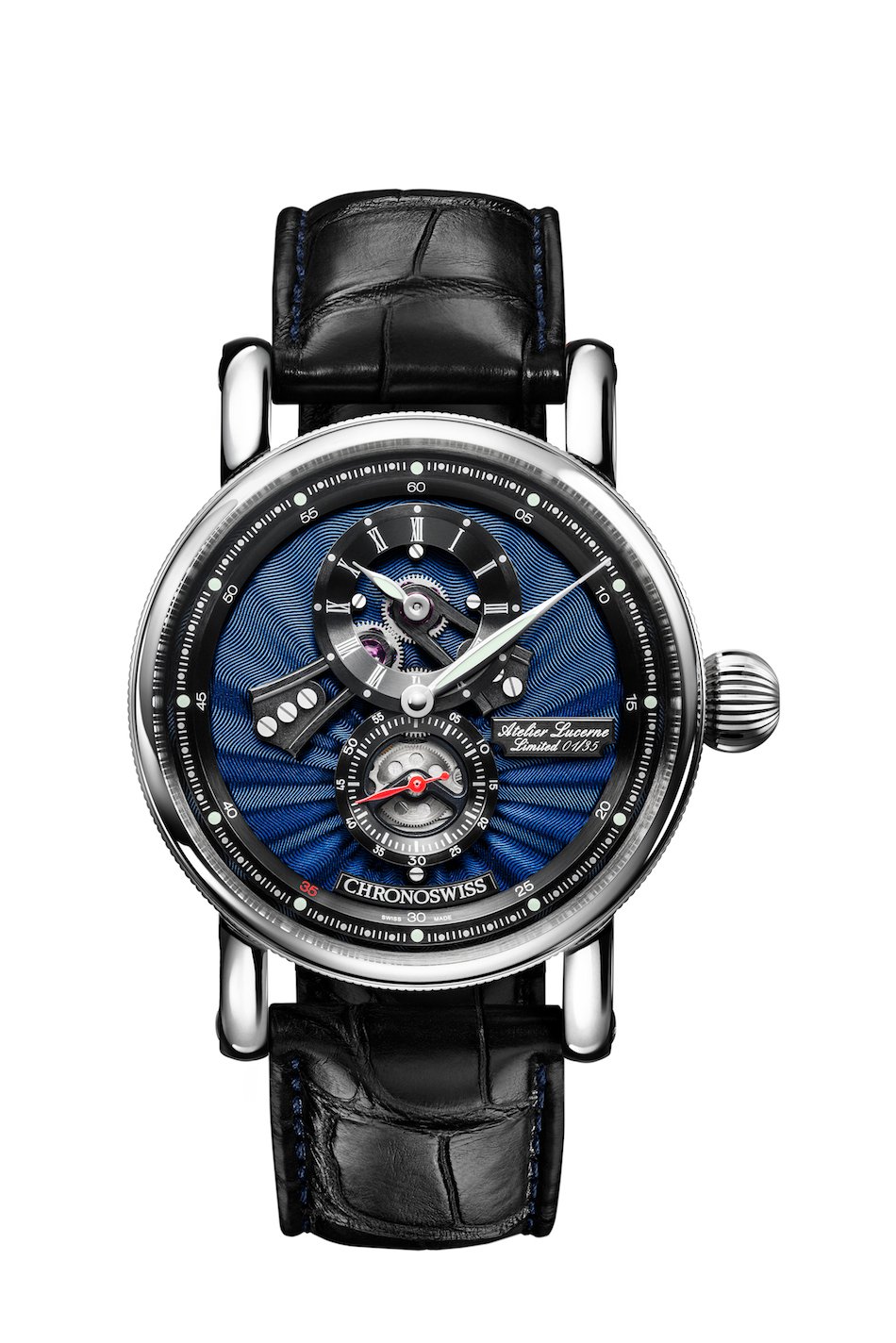 First up on This Week in Watches, we have the Chronoswiss Regulator Open Gear Anniversary Edition (get used to long model names in today’s episode). Chronoswiss is a brand that we enjoy here at Fratellowatches and Robert-Jan even owns the original model that this new piece is commemorating. This year is the brand’s 35th anniversary and they’ve chosen to offer two variants of the same model – either in orange or blue – in a run of 35 pieces each. 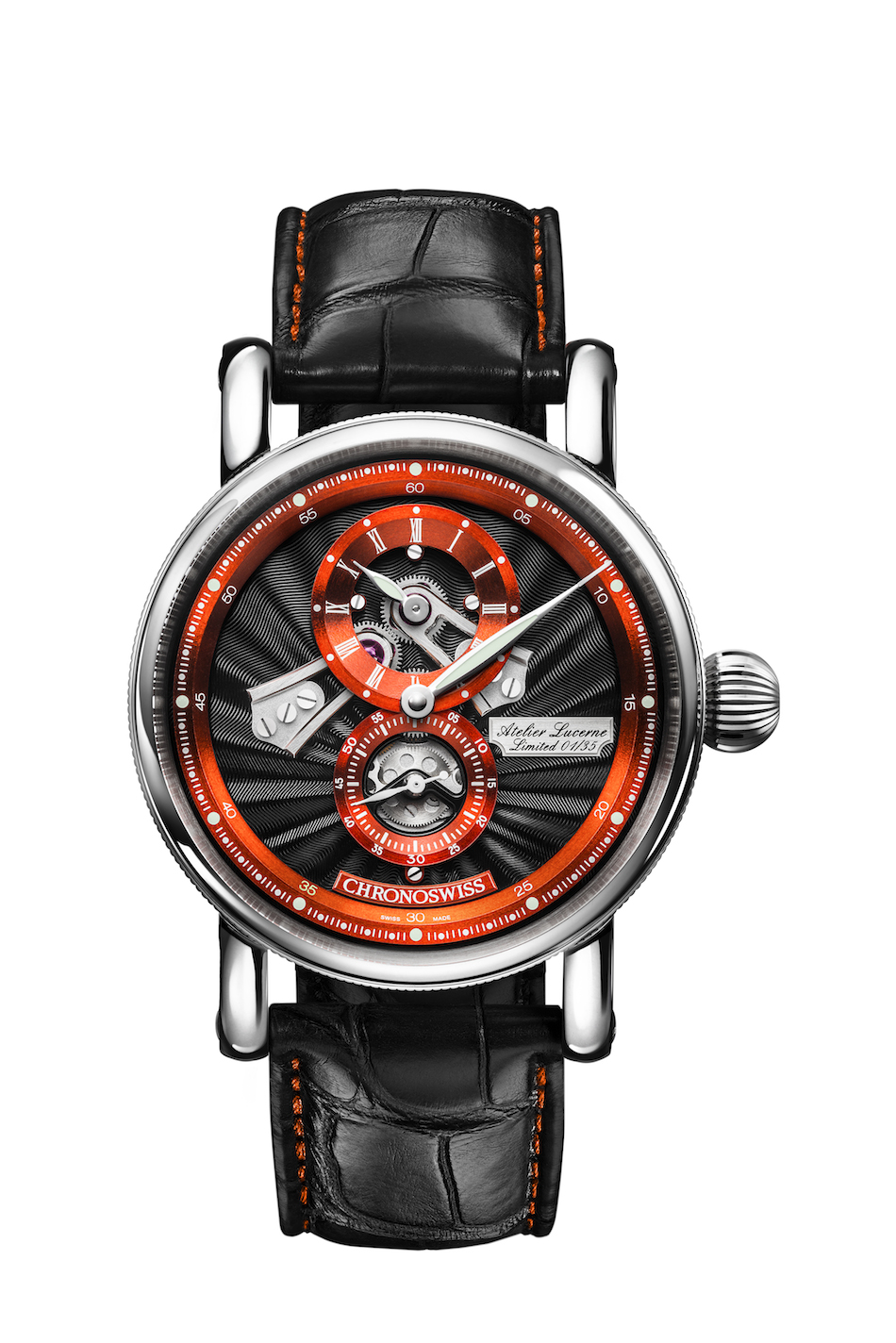 We have a regulator design where the train wheel bridges are mounted to the dial – think of it as a more open look into the movement while still retaining the core up/down theme we associate with Chronoswiss. At 41mm in stainless, the Anniversary Edition features the brand’s C.299 movement and comes on an alligator strap. Pricing is 7,760 Euros and the watches are available now. More info can be found on the Chronoswiss site. 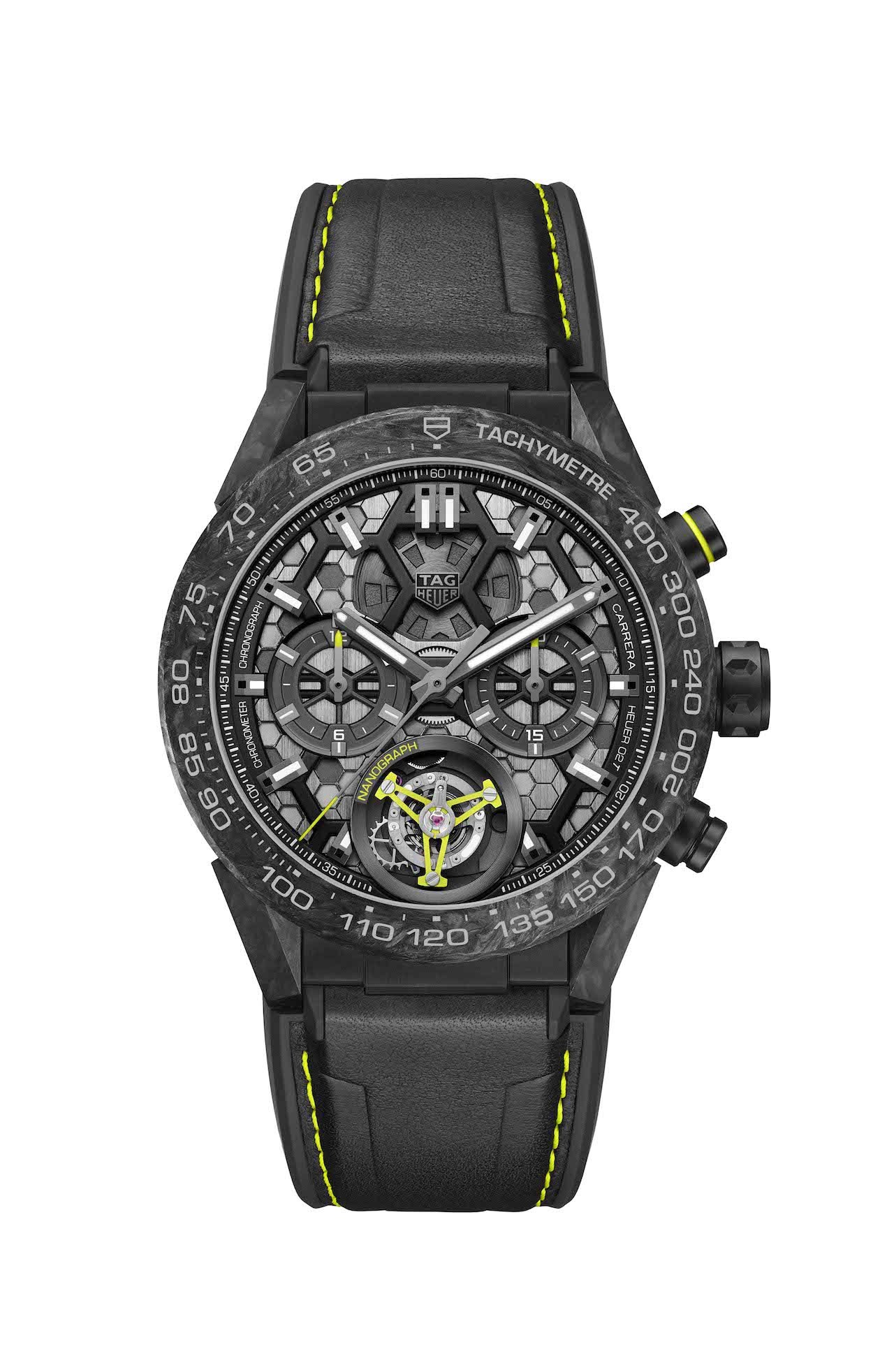 Next up, we have a new 45mm PVD Titanium TAG Heuer Carrera Tourbillon.  The news here, though, is that it contains the first carbon composite hairspring and that is a big deal.  The advantages of this innovation are reduced sensitivity to shock, greater precision, and its anti-magnetic properties amongst other improvements. 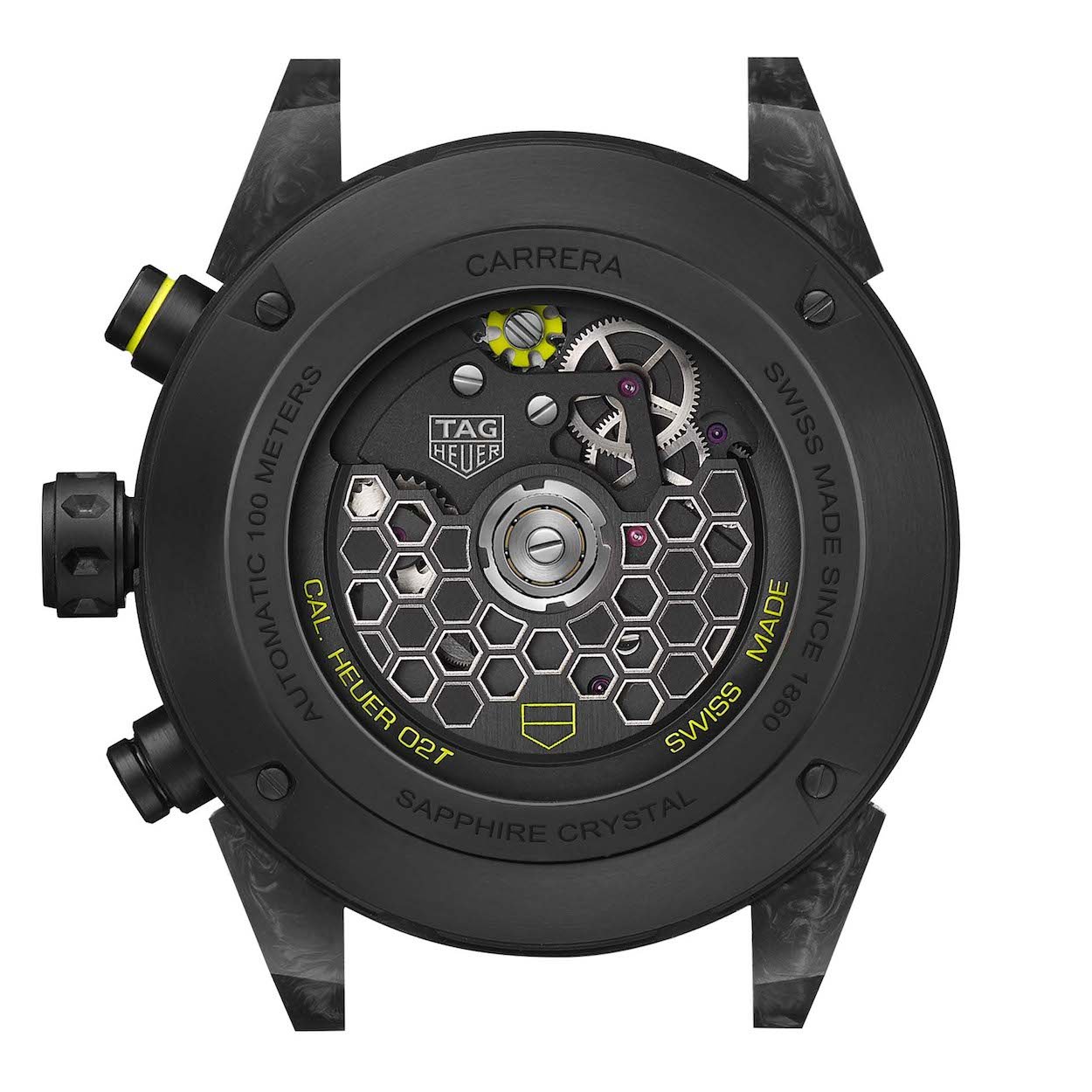 Apparently the “nano” comes from the size of the heaxagonal weave found on the hairspring.  It’s a big deal in terms of watchmaking and those who have seen it were impressed.  Personally speaking, as a material person, I find it impressive.  I’d simply like to see a movement like this placed into a more traditional case.  The watch will become available in May and you can sign up for more info here. 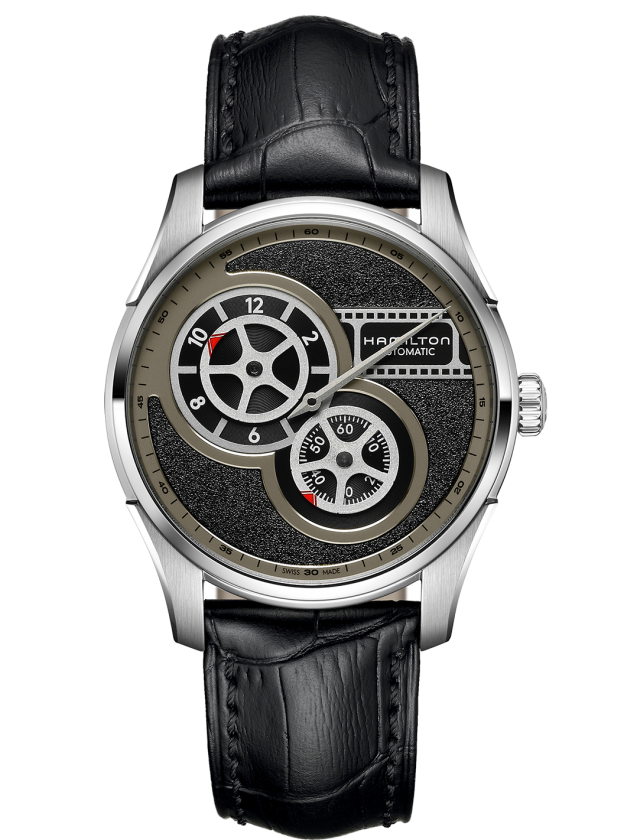 Hamilton chose this week to debut its new Jazzmaster Regulator Cinema.  Admittedly, this isn’t a collection we’ve spent a ton of time covering, but I thought it was worth showing here since so many watches debuted at or near SIHH with open-worked dials.  And while those can cost more than a 4-year degree at a private university, this Hamilton gets you some of that feel for the price of 1,075 Euros.  I am not sure if this is my aesthetic, but the colors are staid enough that I’d give it a whirl.  The film theme resounds here with the “frames” running on the top of the dial and the two gears looking like film reels.  For a non-traditional read-out, it seems rather legible with the hours showing on the large wheel, the minutes on the smaller and the big hand sweeping for the seconds.  The Cinema comes in at 42mm and features the H-12 automatic.  Hamilton would be happy to sell you one now; it can be ordered here. 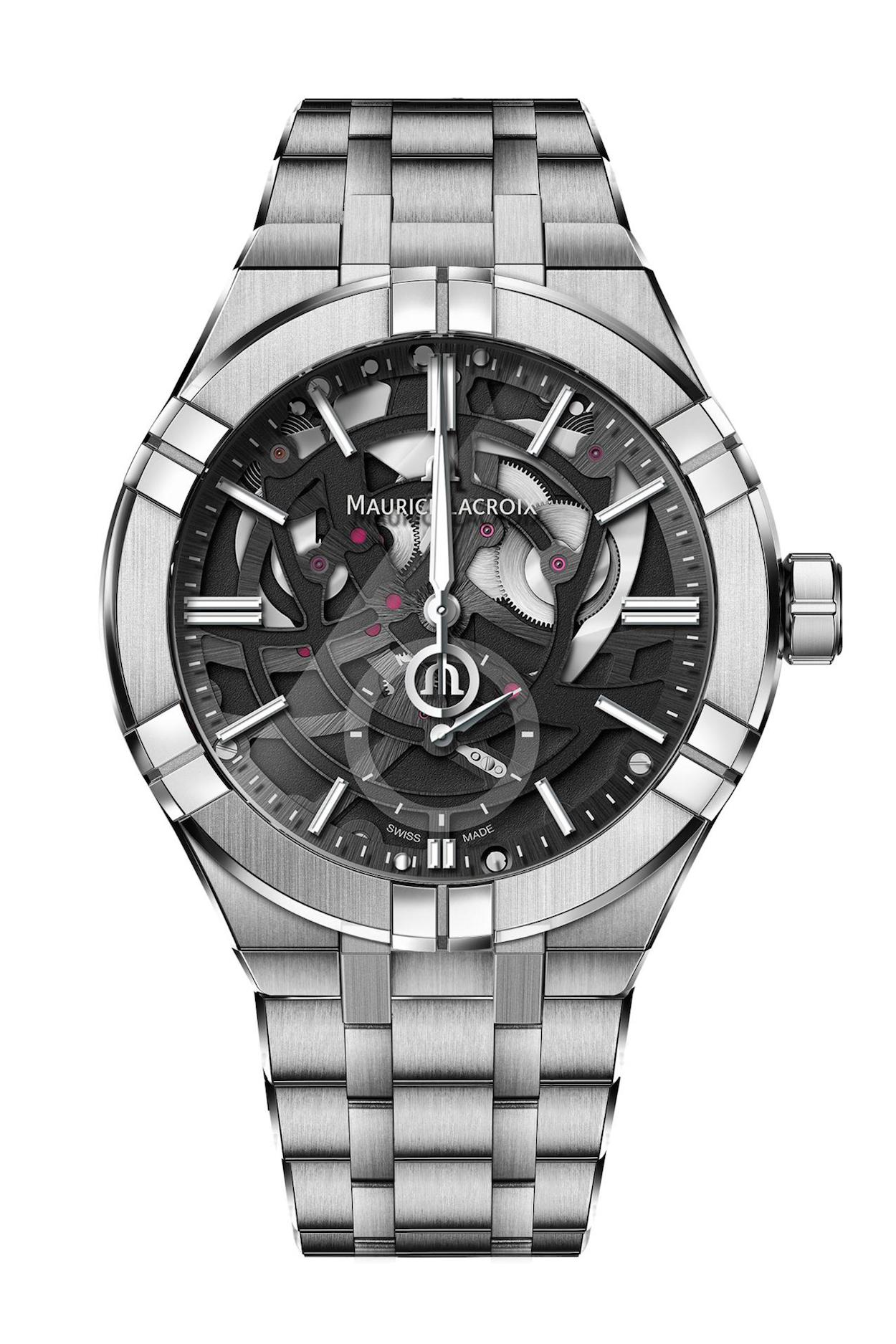 Maurice Lacroix released a lot of models this week, but I’ll hit upon a couple I found most interesting: first, the Aikon Mercury 2019.  Let’s step away from the odd “Aikon” name and focus on the watch itself.  ML claims that it took them three years of work to create a watch that allows the main hands to “drift away” when you turn your wrist away, but then return to showing the actual time when bringing the watch back into viewing.  Think of it like your iPhone lighting up when you bring it towards you.  Or, as ML states, it’s meant to evoke thoughts of time effortlessly drifting away.  I’ll skip the technical bit, but the hands essentially decouple from the movement while it continues to keep time.  Gravity recouples the hands and the correct time is shown.  Pretty neat in my opinion.  At 44mm, the Aikon’s styling likely falls on the love/hate side and it does bring in some Royal Oak cues.  At $7,690, it also seems that Maurice Lacroix is aiming for some near-AP money as well.  Honestly, that’s big money.  More info can be found here. 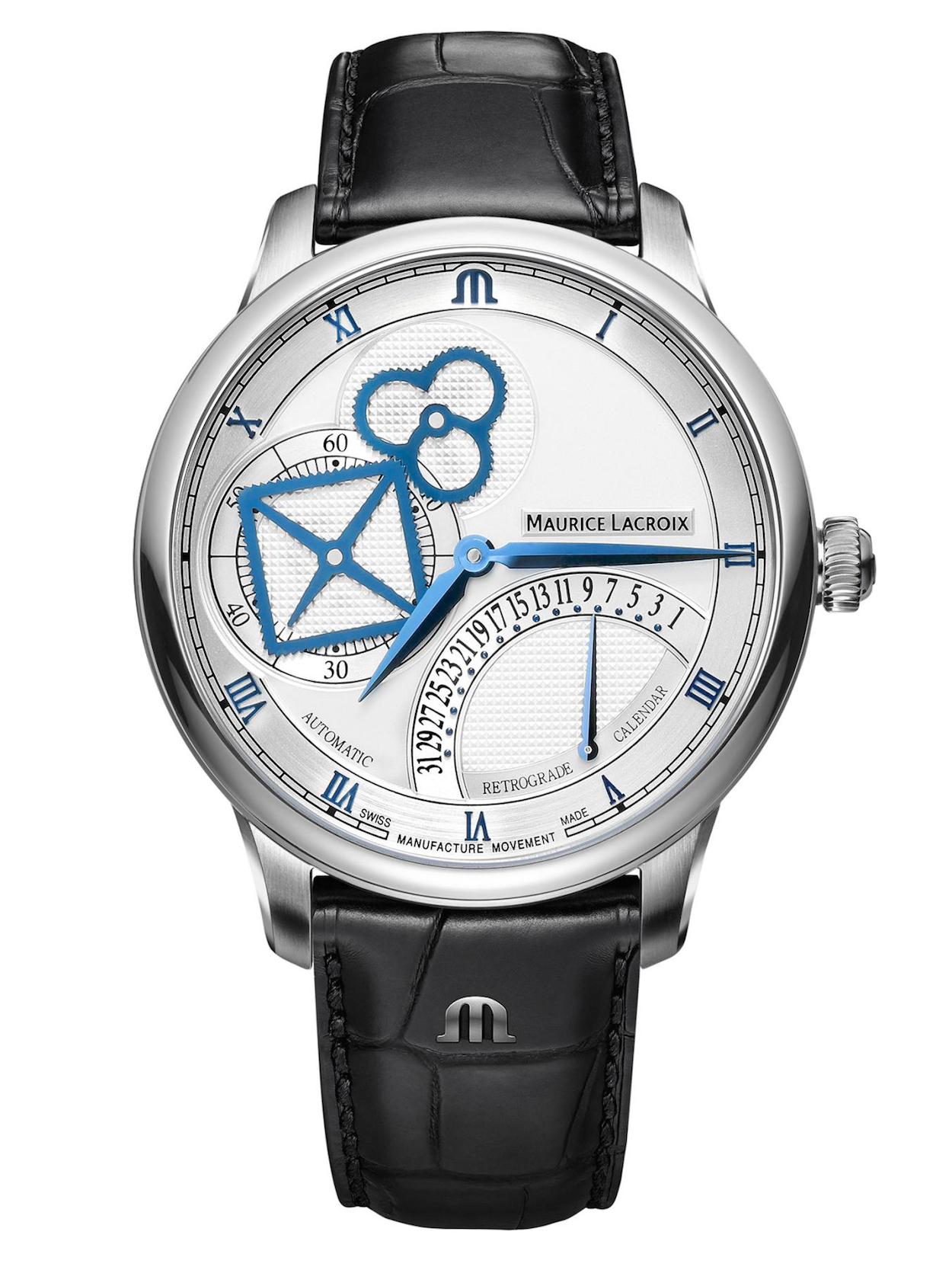 Maurice Lacroix also showed the Masterpiece Square Wheel Retrograde.  Apparently, the “square wheeled” has been with us since 2010, but today’s 43mm piece marks the first time it has been paired with a retrograde date display.  Here again, we have the high-end style that was shown all throughout last week.  At $6,950, you can read more about it here on the ML site.  Oh, and the brand seemingly still can’t get enough of its logo on the strap (something that I’ve never liked) – how I recall these from 10+ years ago in the office, but that’s a story for a different day! 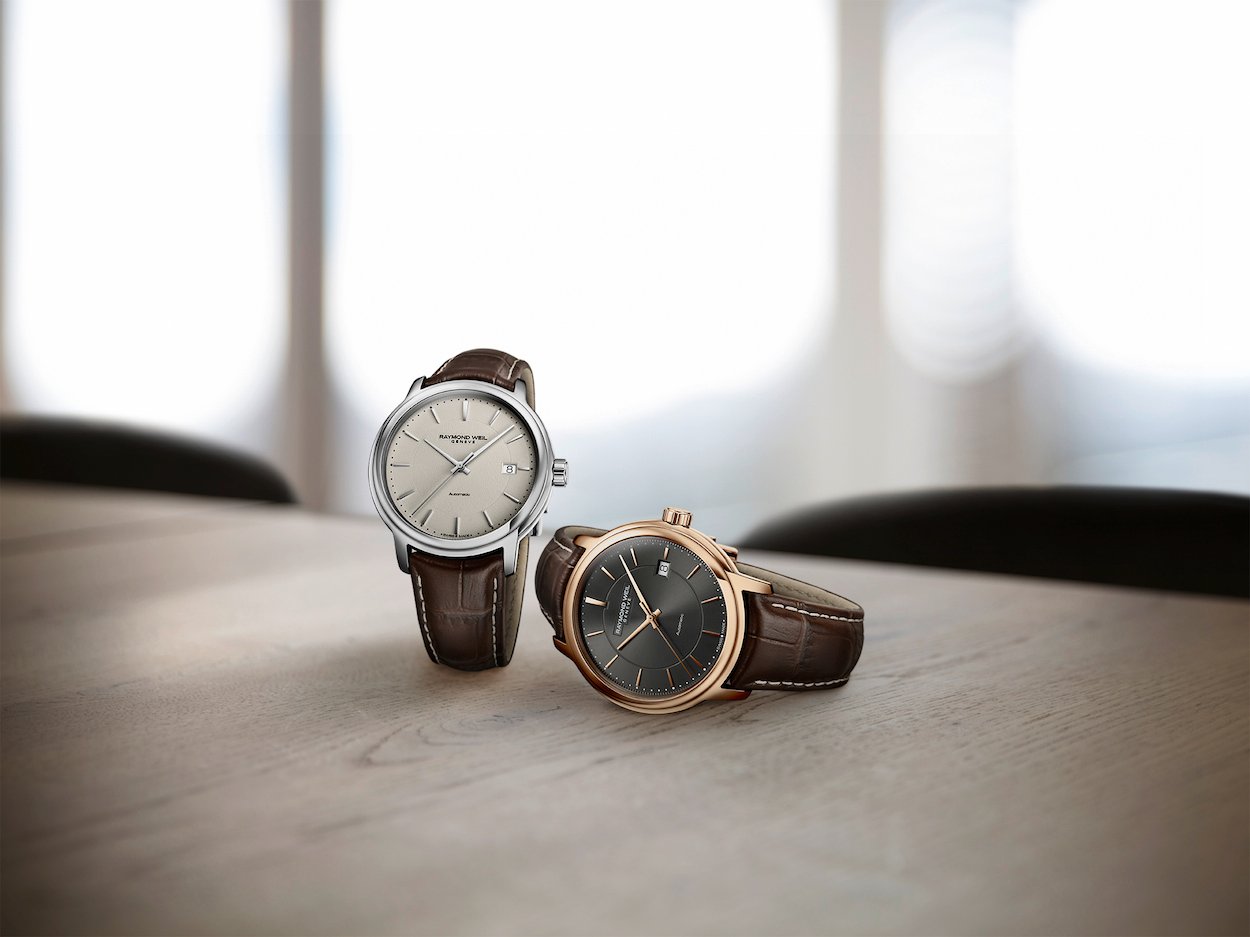 Raymond Weil chimed in this week with their Maestro collection, which seem to be aimed squarely at the “people who want a decent looking watch for work who aren’t watch crazy people”.  Translation: these are nice looking, but fairly similar looking watches to the Tissots, Mo Lacroix’s, Freddie Constant’s, etc.  At least the Weils are mechanical.  Inside the 40mm case, we have the RW4200, which is a Sellita SW200. 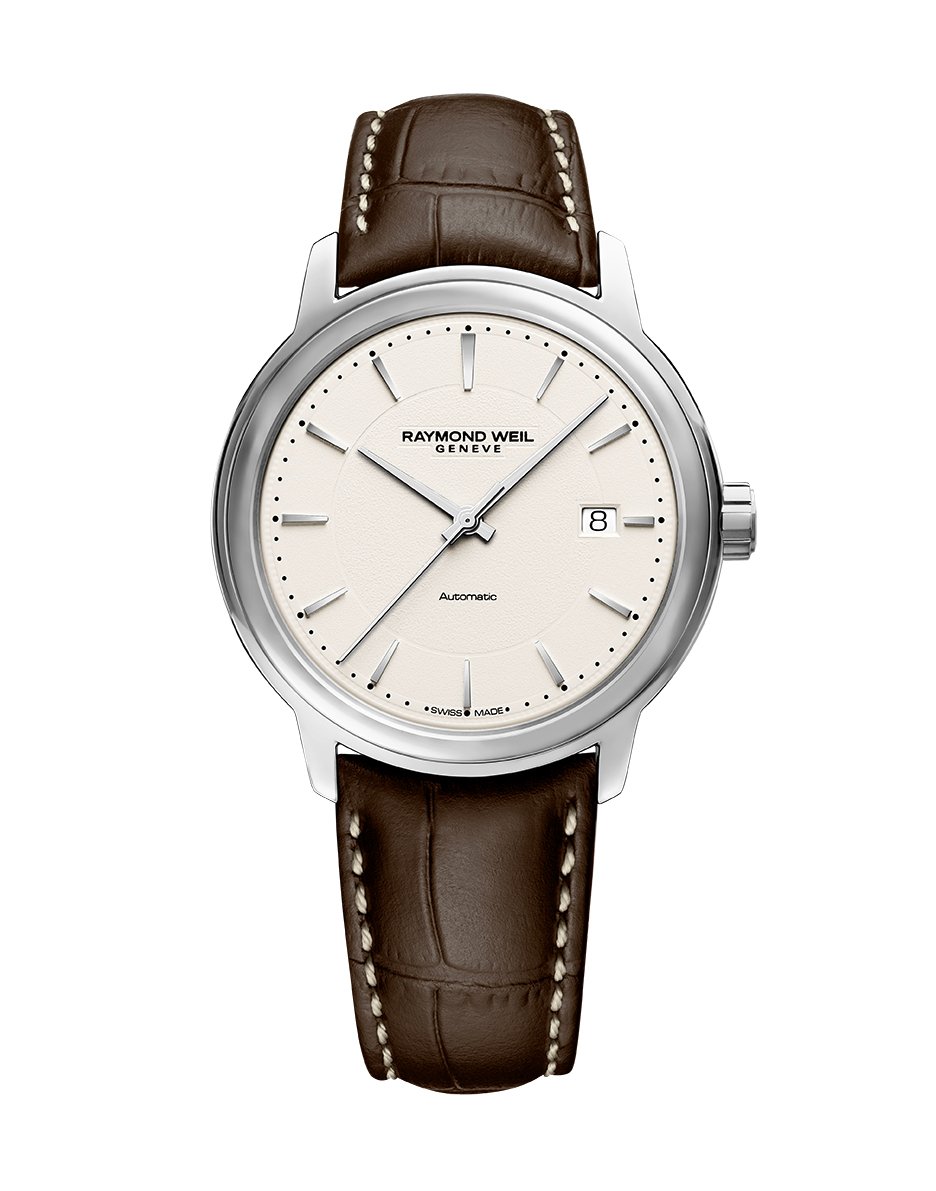 It features a date and comes in stainless with white dial or rose gold PVD with a grey dial.  I’d assume pricing will be right around the magic mark of 1,000 Euros.  There’s nothing offensive here, so I’d assume that RW will move a lot of these. 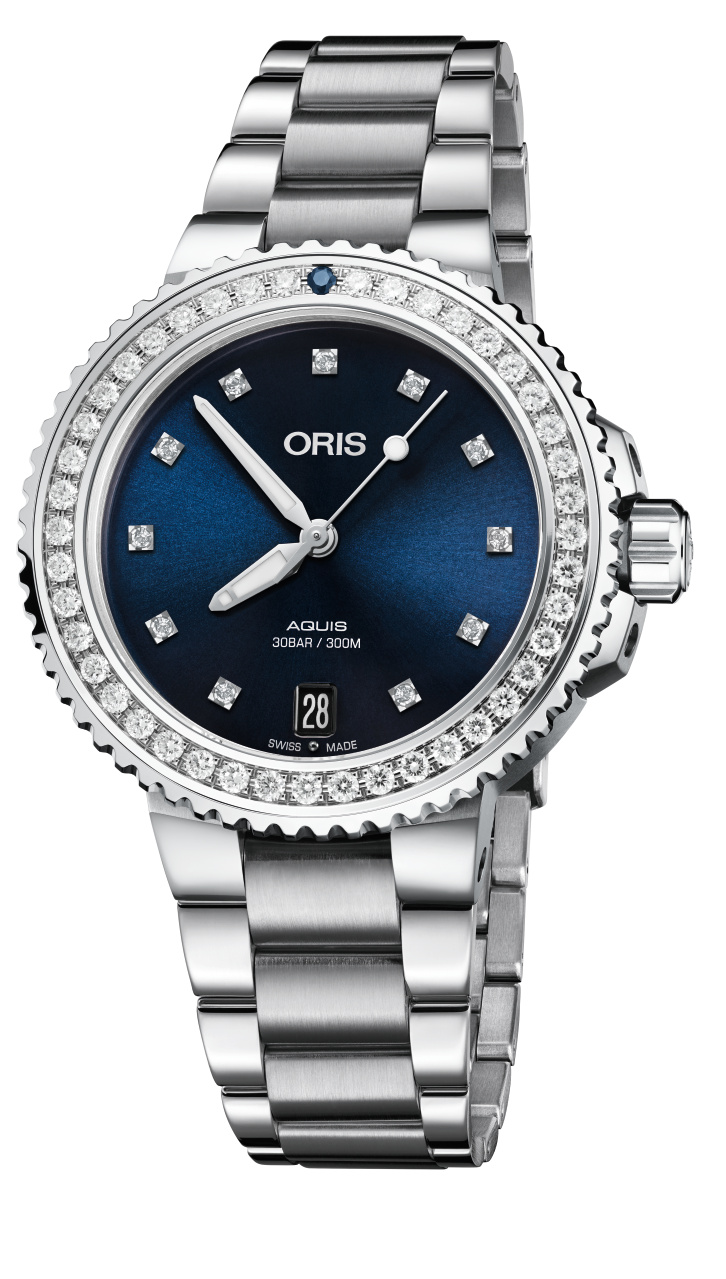 Next, we have a piece for the ladies in the Oris Aquis Date Diamonds.  Here, we get a 36.5mm diver good down to 300M with diamonds on the bezel and dial and one blue sapphire at 12:00.  At 5,150 CHF and available now, this is definitely a wild piece for Oris – a brand we know for its no-nonsense designs and affordable goodness.  Still, there’s something charming about this one and a bunch of VS1’s are never a terrible thing. 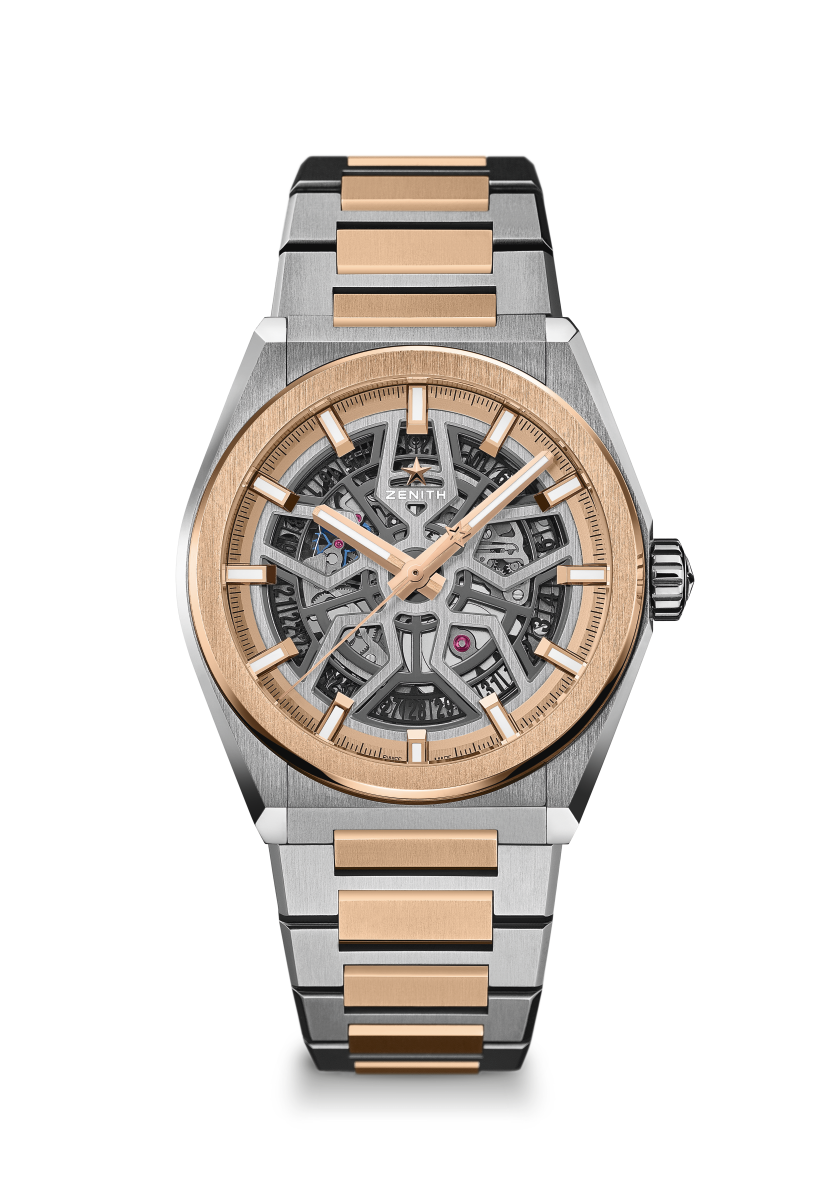 And finally, we return to LVMH with a look at the Zenith Defy Classic.  Zenith dropped 4 new variants of its Defy Classic (in addition to the 50 Years of El Primero Anniversary Set).  3 were in ceramic – black, white, and navy with open dials and matching rubber straps. I won’t cover those today as they’re pretty much what you think they are – a Defy in a different ceramic hue. 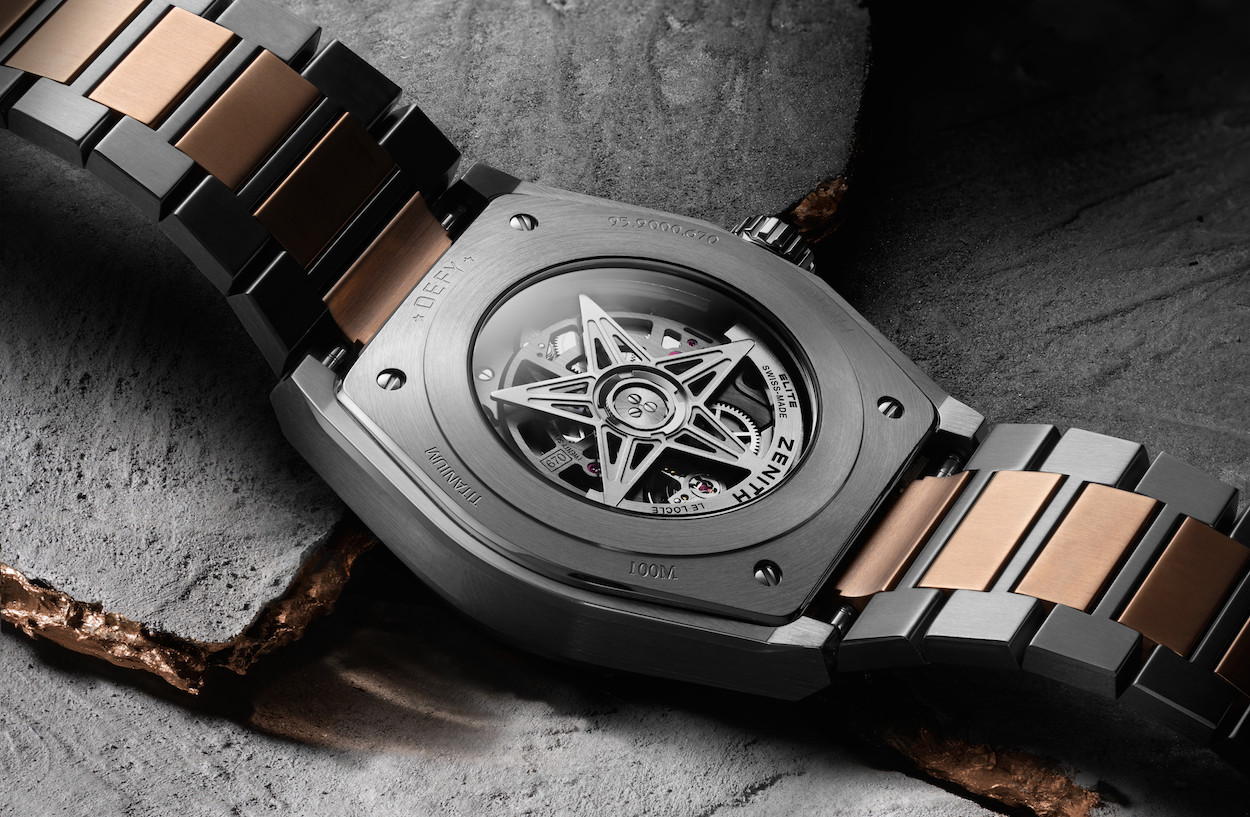 No, we’ll picture the new two-tone version.  Now, I’m pretty ambivalent when it comes to the Defy line in general, but I have to say that I like this two-tone variant.  That bracelet looks hot!  What I could do without is the open-worked dial.  Just get back to good, solid dial design and pair that with this watch and now we’re talking!  Oh, and make it champagne please.  At 41mm, the lightweight titanium and rose gold comes in at a heady 14,700 Euros, but I guess that’s not a surprise. It features the in-house Elite 670 SK movement, which is on full display.  So, yes, add a solid dial and perhaps a gold crown (no need to be cheap at nearly 15K) and this becomes a real looker in my opinion.  More info can be found on the Zenith site. 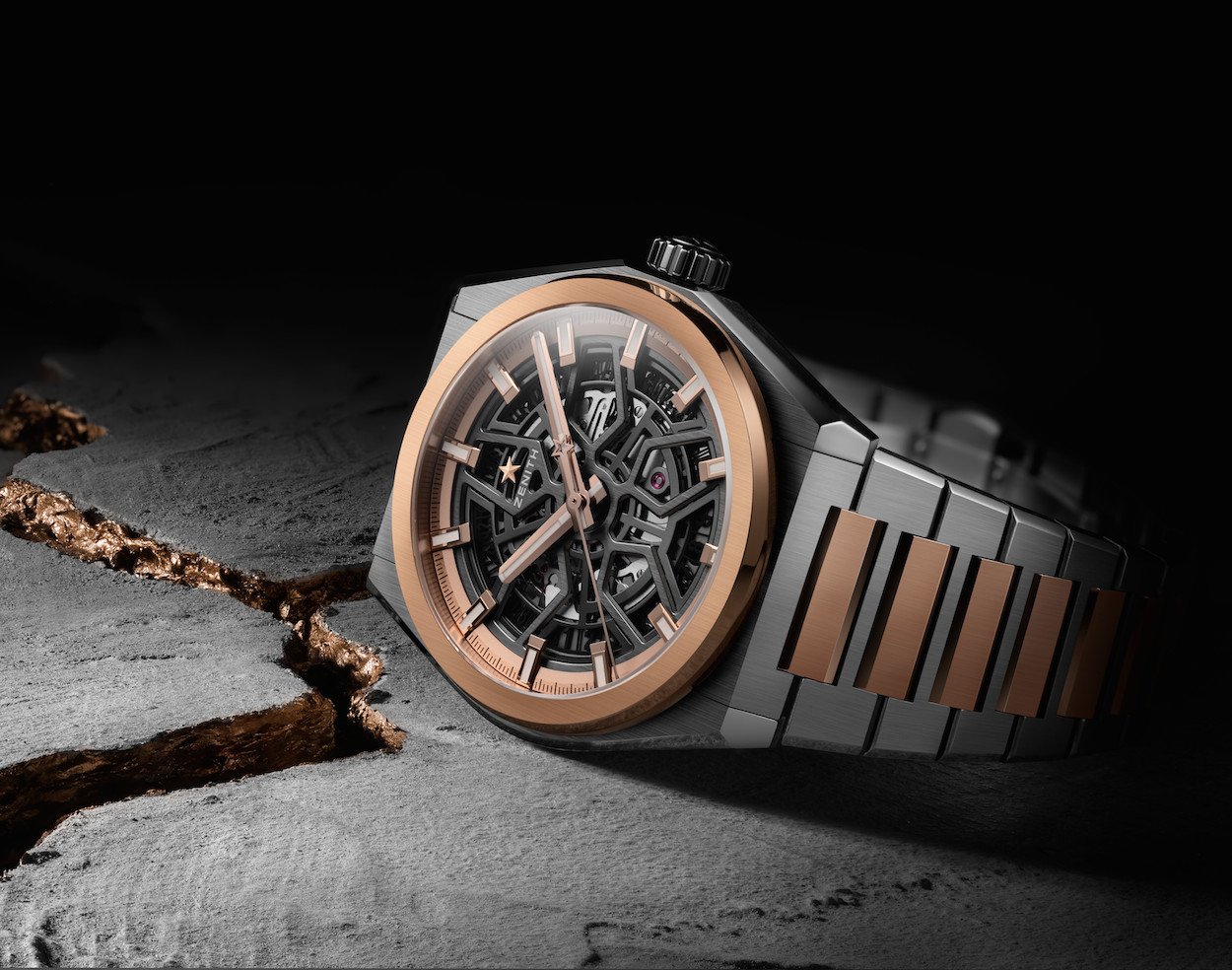 That’s all for This Week in Watches and frankly I think that’s enough.  We missed out on a few pieces that were released this week and perhaps we will pick up on them next week.  I don’t know about you, but I look forward to a week of closed dials!