Salthora – time in the window

MeisterSinger specializes in manufacturing watches that feature one single hand – and only show what is really important. Mostly, a single, needle-thin hour hand rotates around a dial on which you can accurately tell the time to the nearest five minutes.

However, the Salthora, which was first presented in 2014, features a minute hand instead – and the hour is shown in a circular window positioned at 12 o’clock. As soon as the hand reaches the middle of the window every sixty minutes, the number denoting the next hour appears in the window like a flash. 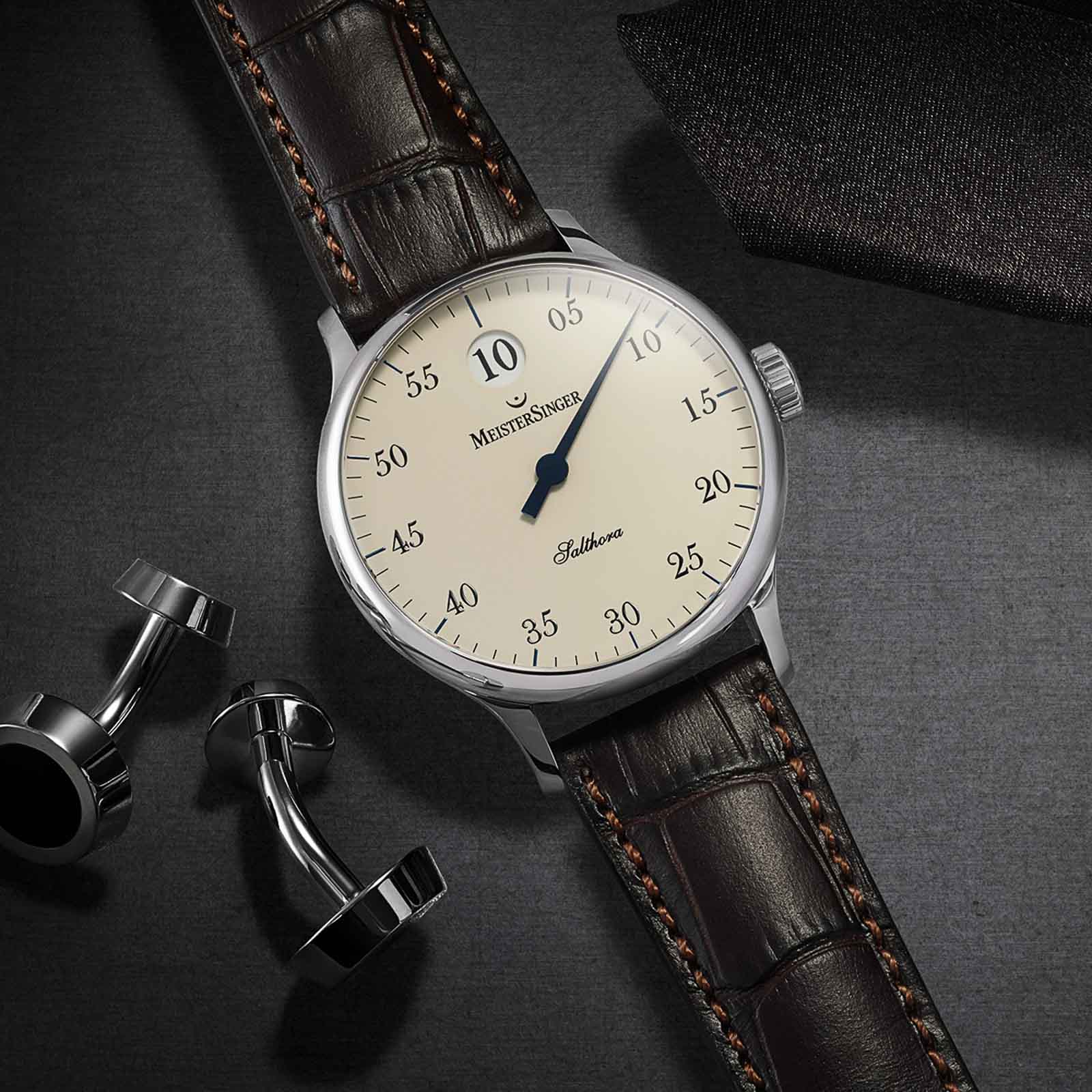 The “jumping hour” principle was first used in wristwatches during the 1920s. However, its perfection is quite a technical challenge.

The Salthora by MeisterSinger should:

For all these reasons, MeisterSinger had a module designed for the tried-and-tested ETA-2824-2 and Sellita SW 200-1 Swiss movement, which ensures the punctual, exact jump using painstakingly balanced mechanics. The tension required for the actuating lever of the hour disk is built up by a snail attached to the minute wheel in the course of 60 minutes. Hence, power is not withdrawn suddenly from the mainspring barrel, but continually, which only influences the workings to a minimal degree. 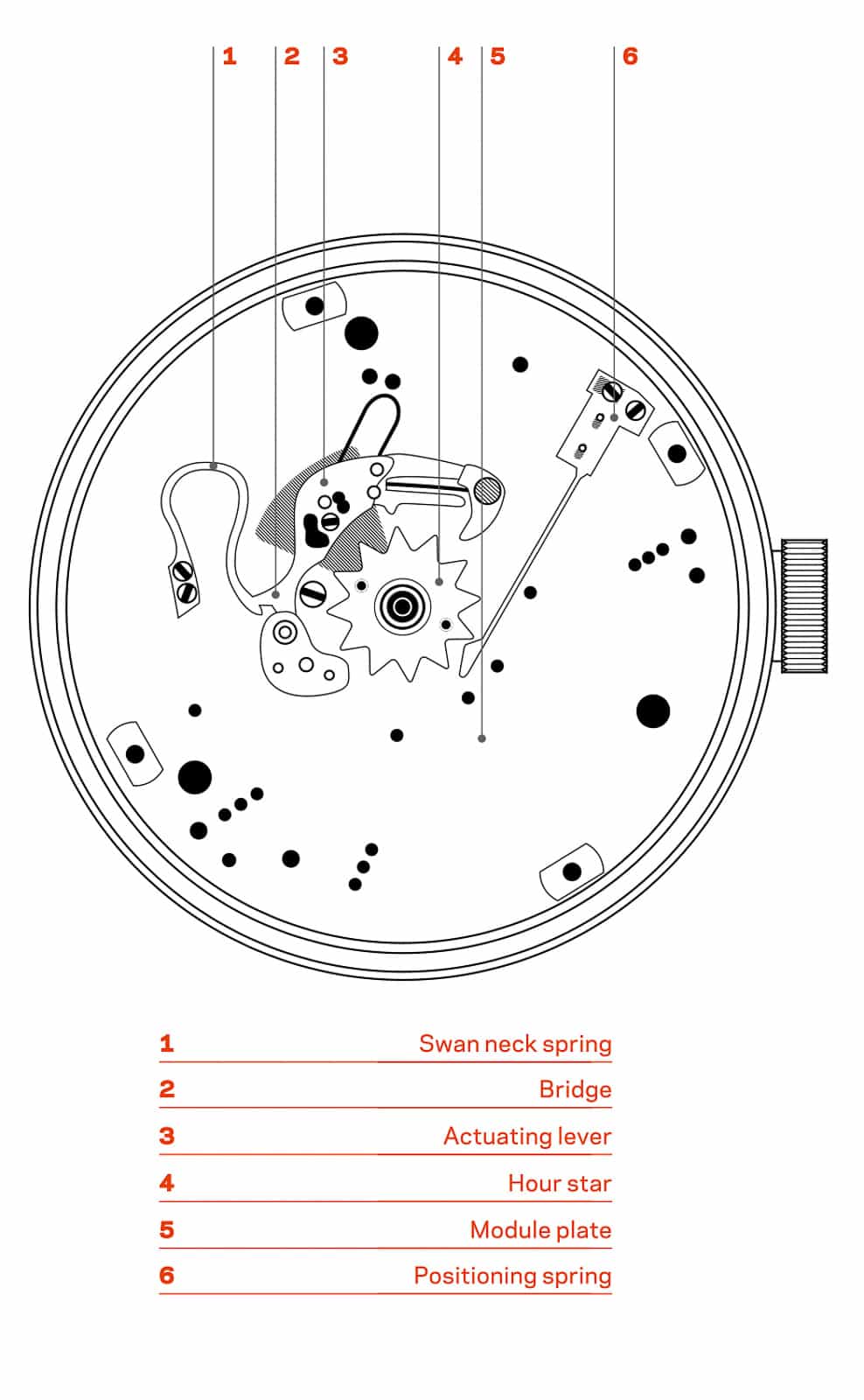 The first Salthora is visually dedicated to the charm of watchmaking finesse. With the new Salthora Meta MeisterSinger has adopted a new style, paying tribute to the clear, powerful character of this watch concept. The Salthora Meta is 43 millimeters in diameter and has a striking, cylindrical stainless steel case. The digits of the minutes and of the hour display are depicted in a sans serif Helvetica typeface.

Now a version of the sporty Salthora Meta provides a clear view into the module and the mechanical secret of the punctual, accurate jumping hour. To this end, the watch dispenses with the dial; a transparent hour ring rotates within the deep blue minute scale. Its imprinted, prominent hour digits and the meticulously polished plate in the background add to the technical character of this model. The owner also grows to experience the jumping hour, with its ingenious technology fully visible, as a pleasant ritual of time.