Today we start with a new feature on Fratello Watches, called Watches & Pencils. Every other week we will publish a cartoon from Teun van Heerebeek, the new creative contributor and cartoonist of Fratello Watches.

Teun van Heerebeek’s love for watches mainly originates from his eye for design. While his friends were fighting over the controller of the 8-bit NES (Nintendo Entertainment System), Teun was occupied with his drawings. After getting his degree in design, he started working for an advertisement agency. In the meanwhile, his interest in watches was sparked from early age on as well. At first he fiddled around with watches from the obvious designer companies, but once he got himself familiar with the mechanic side of watches, he decided to buy an Oris timepiece.

Teun also became active on watch forums and started reading blogs like Fratello Watches. He found himself often discussing the used typography or other style elements about watches, without losing touch with the craftsmanship of the mechanical side as well. After the Oris, many watches followed, including his own designed P1lot One timepiece. One of his favorite pieces is the Tudor Pelagos, a great daily wearer.

However, Teun decided that his involvement shouldn’t stop at the design of a watch and came up with the idea of drawing cartoons that were related to watches and would speak to the watch idiot savants out there. 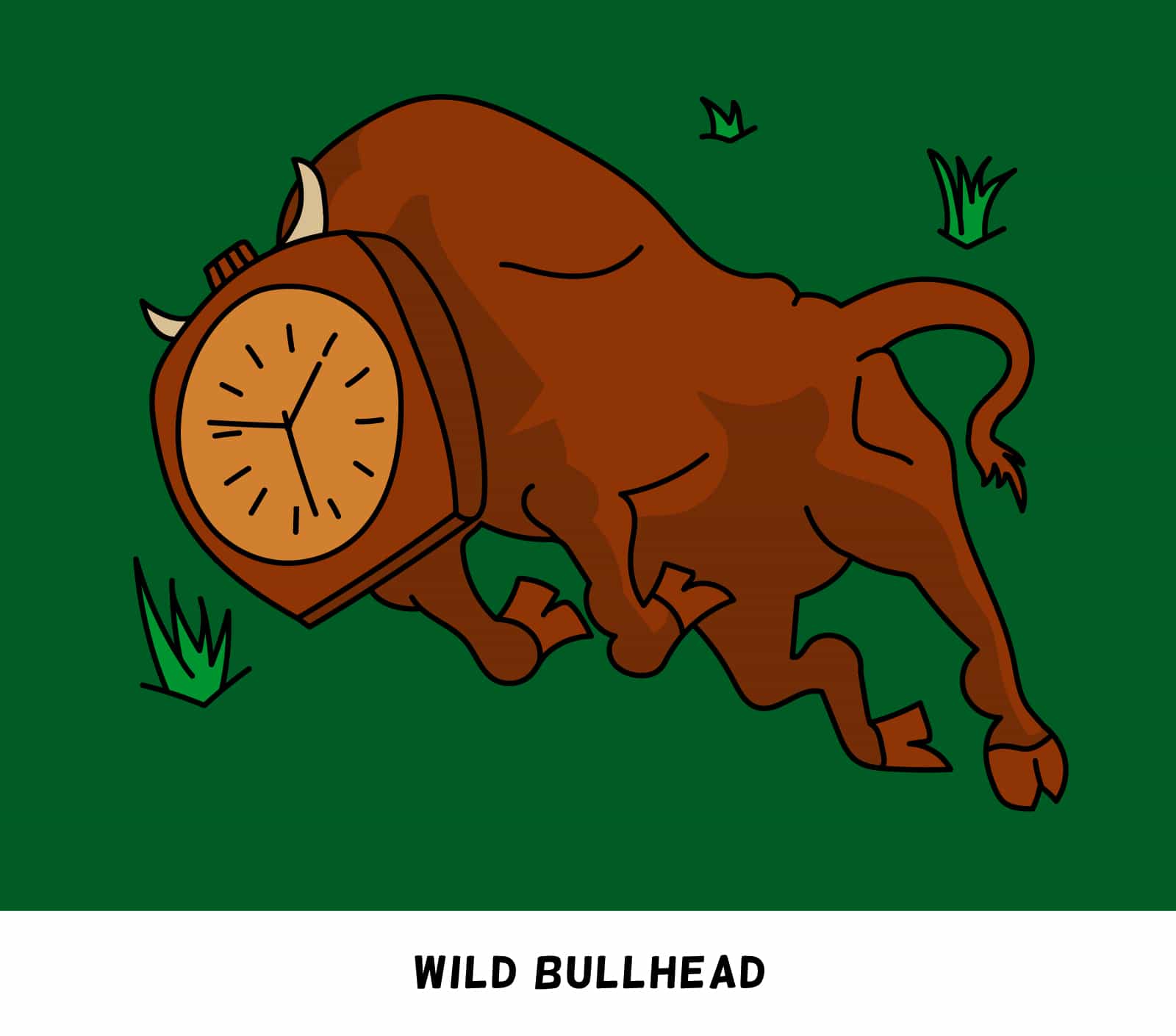 The cartoon of this first “Watches & Pencils” is the “Wild Bullhead”, a wink to the bullhead chronographs of the 1960-1970s era and their recent revival. Click the image for a larger version.

The “Grail Watch”: Does It Even Exist? — One Collector’s Journey To Find Out

Video: The Omega Seamaster PloProf 1200M And Why You Need One

How Watches Work — It’s Alloys Galore, Ranging From The Obvious To The Obscure

The “Grail Watch”: Does It Even Exist? — One Collector’s Journey To Find Out