During my appointment with Linde Werdelin, who we have followed from their early start, I was showed the two new SpidoLite models. These are the 4th generation of SpidoLite collection and Linde Werdelin has achieved an even more skeletonized version of these watches compared to the previous generation. The titanium version is ultra-light and will be much appreciated by those who really use it for sports in combination with the Linde Werdelin Rock or Reef snap-on module. 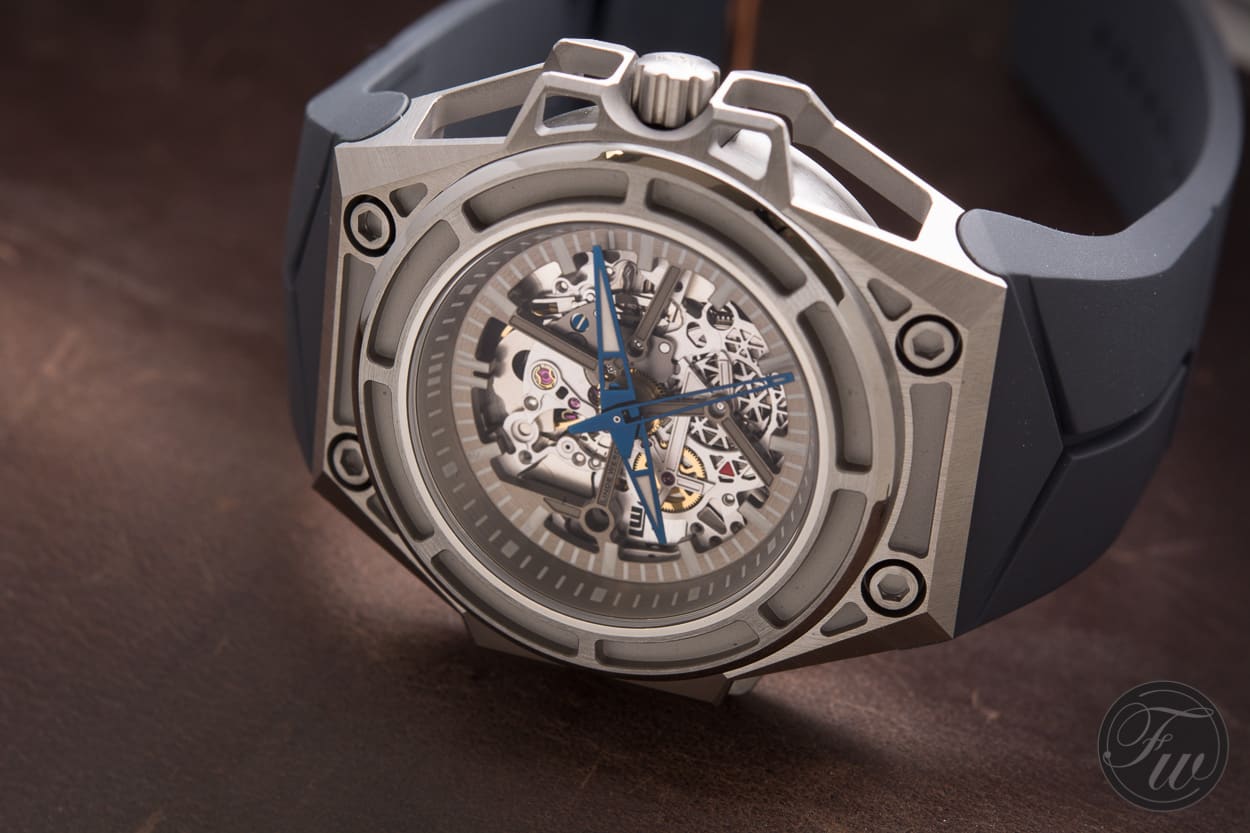 The Linde Werdelin SpidoLite Gold has the same skeletonized case model as its titanium brother, but weighs a bit more of course. I guess the gold version is for those who like the concept of the new SpidoLite model but are not in need of a very light-weight watch. With all the skeleton work done, the trick (or challenge) is not having to compromise on the strength of a watch case. Especially when used during sports (like skiing, climbing or diving), there is a chance that the watch gets damaged or needs to deal with certain force. The case construction needs to be able to handle that type of abuse. The use of titanium seems logical to me, as it is light-weight and very strong. Using gold doesn’t seem logical to me for this type of watch, but it surely looks cool. 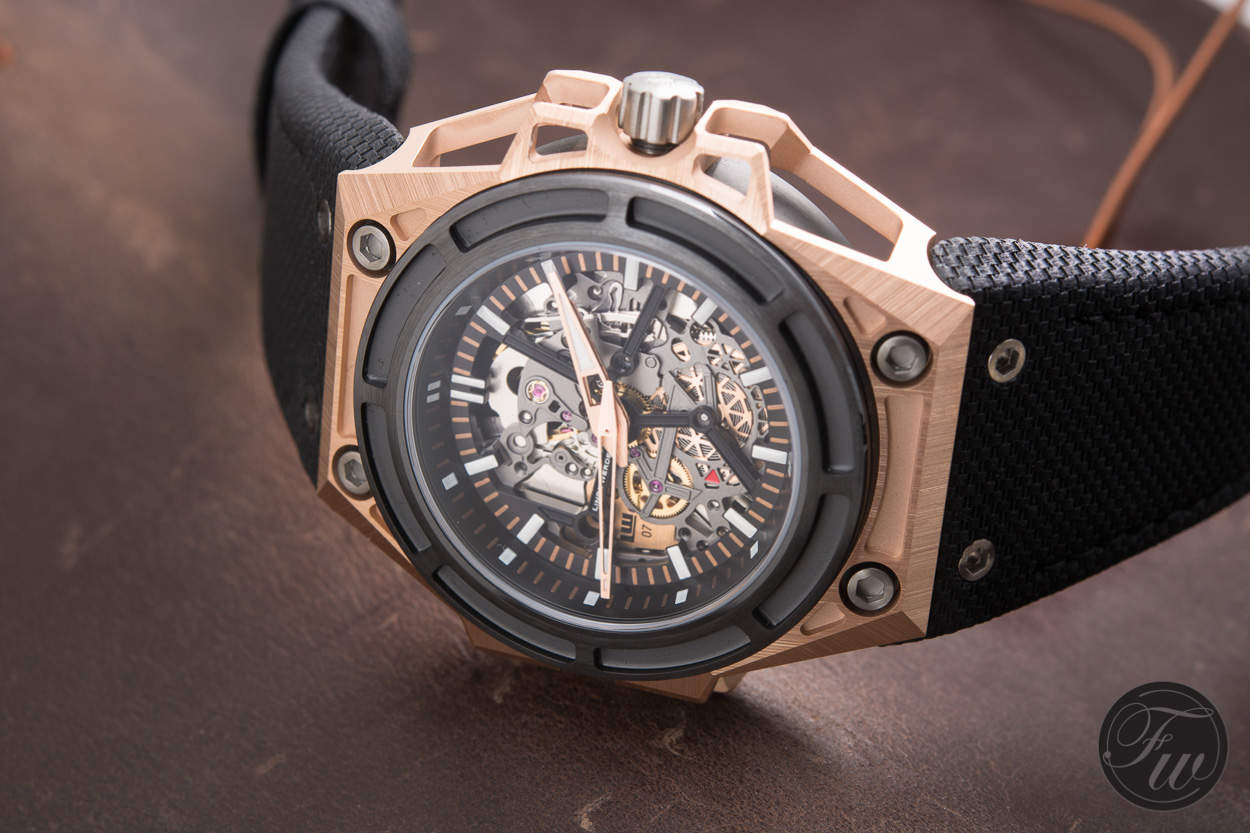 Linde Werdelin used grade 5 titanium for their SpidoLite Titanium model. Grade 5 titanium is often being used  by other brands as well, as it will have an almost steel-like color when polished. The Grade 2 titanium has a darker color and will also become even darker over time (see here). As you can see however, the case of the Linde Werdelin SpidoLite Titanium has a combination of satin, polished and microbille finishing. The color is very light for titanium, as written above, almost steel-like. Only the weight will immediately give it away. According to Linde Werdelin, the process of finishing Grade 5 titanium includes a few issues, as the corners of the case get rounded easily and that the color of the material turns to orange when the friction generates too much heat. It is all about the right amount of pressure that needs to be used, which requires a very skilled craftsman with lots of experience. 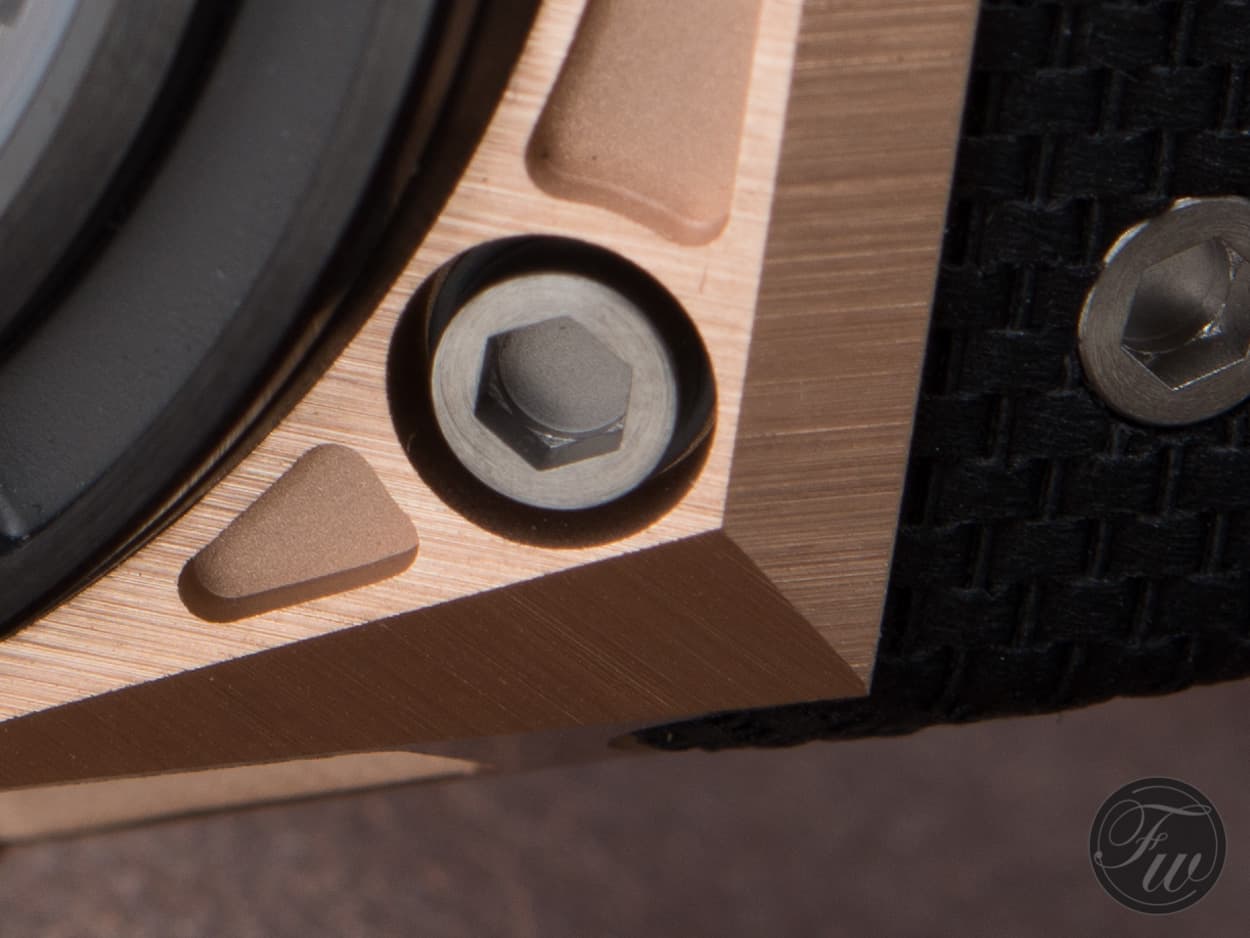 Another nice detail is that Linde Werdelin added their own type of power reserve indicator on the dial. An open-worked spring barrel cover that shows whether the spring is fully wound or unwound. It might be not as precise as a real power reserve indicator with a hand and an indication of remaining hours (or days), but with a maximum of 42 hours power reserve it should give you an indication whether the watch needs to be wound or that it is perfectly fine for the rest of the day (or night). A little red triangle marks the open spring barrel that is visible through the skeletonized dial.

Of course, I tried both watches on and they are – despite the dimensions – very comfortable on the wrist. 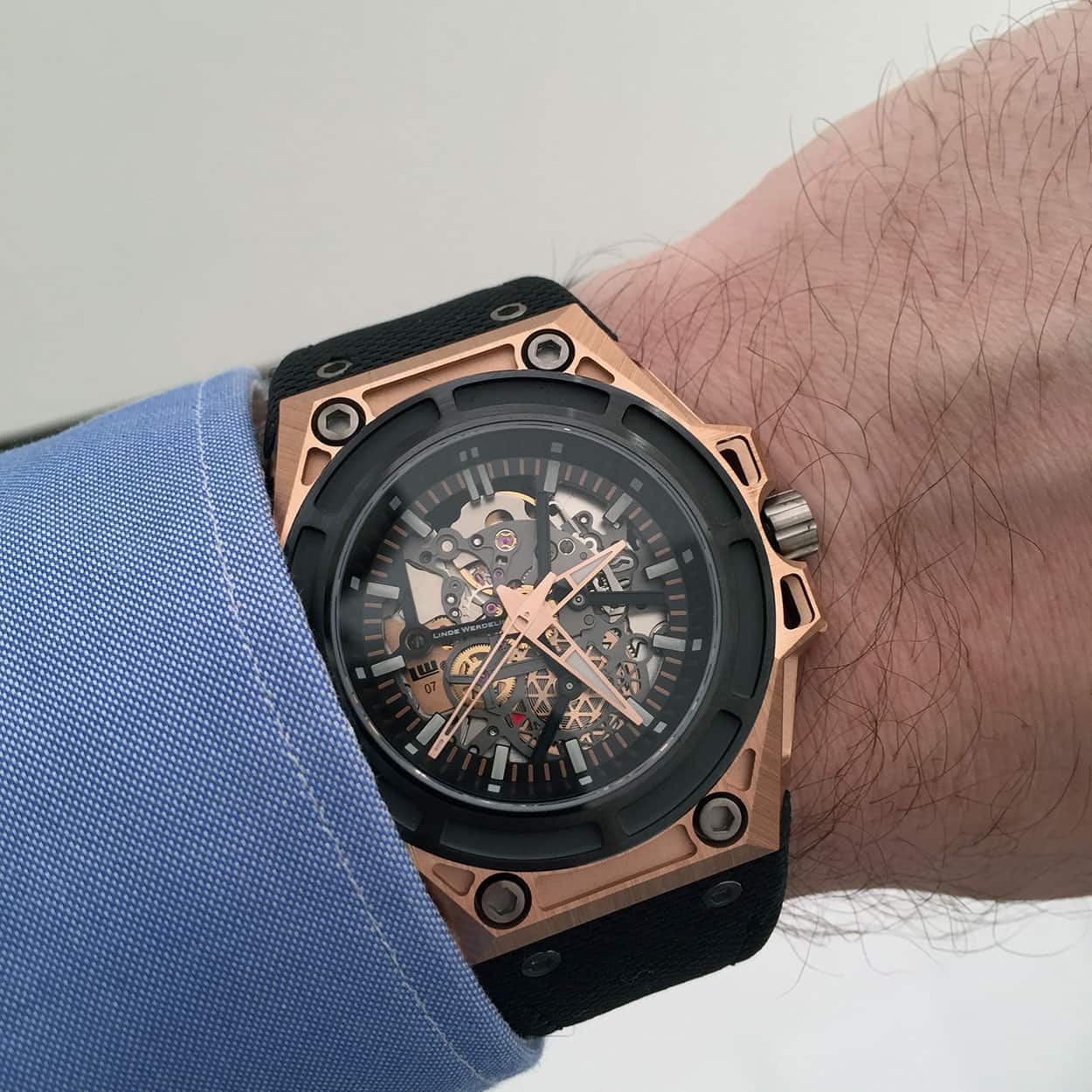 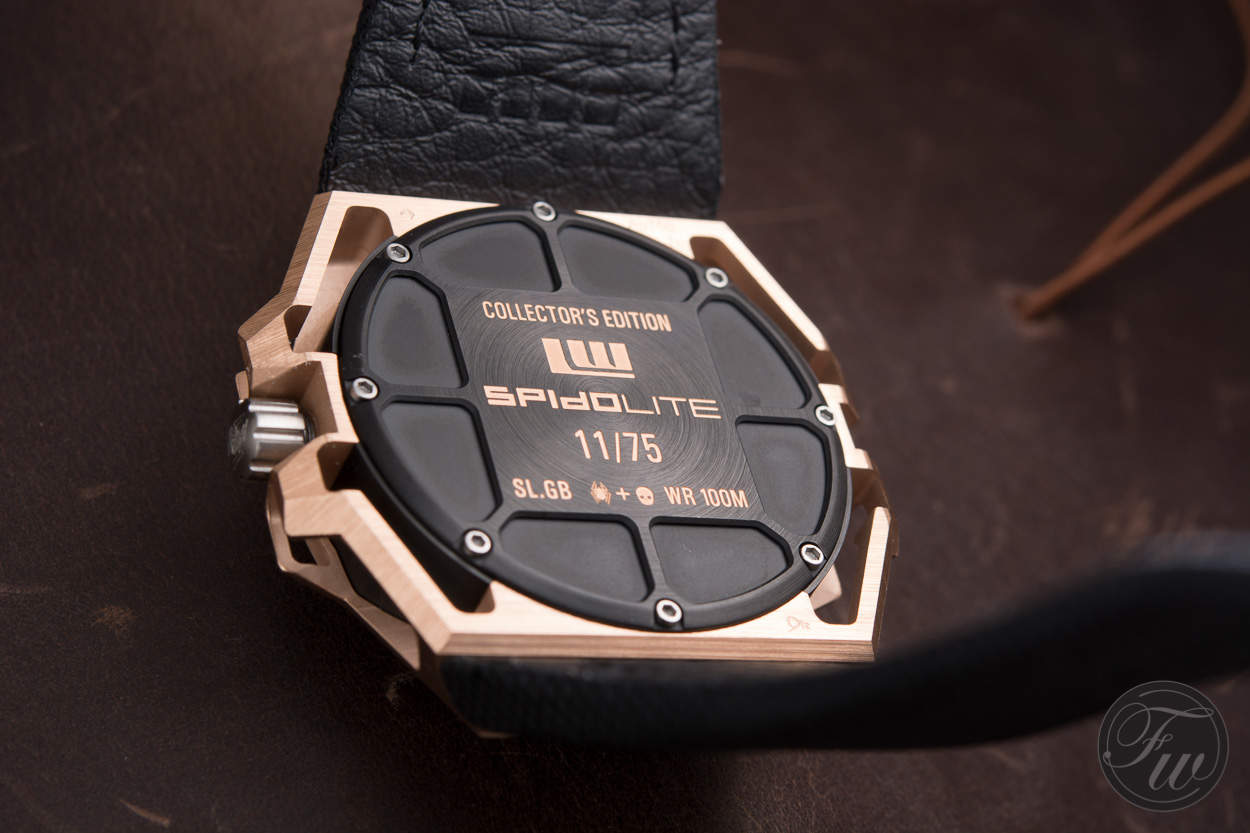 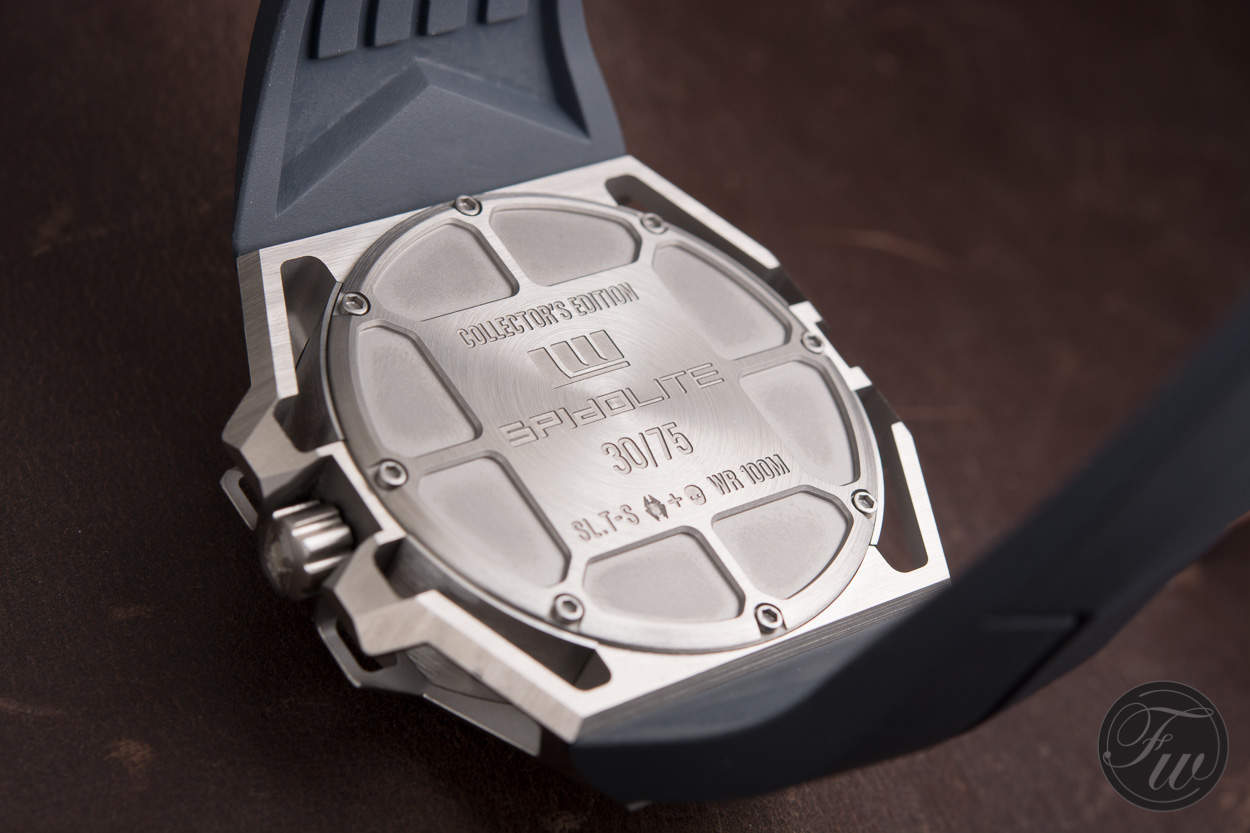 Hot Topics
RJ’s Top Five Alternatives To The Omega Speedmaster Professional
96 comments
We Need Luxury Solar-Powered Quartz Watches From Rolex, Omega, Breitling, And Grand Seiko
70 comments
Above And Beyond: When And Why Paying Over Retail For A Watch Makes Sense
63 comments
The King Seiko Collection Debuts With Incredibly Wearable Watches
42 comments
Would You Spend €15K On A Gold Rolex Day-Date With A Quartz Movement?
42 comments
Popular
The Ultimate Sports Rolex – The Explorer II Reference 1655
Robert-Jan Broer
14
Hands-On With The Seiko Prospex Dawn Grey Series
Robert-Jan Broer
7
Two Patek Philippe Nautilus Watches: 3700/1A Versus 5711/1A
Robert-Jan Broer
13